April 28th
Lordsburg, NM(85.3)-Solar Windmill(103.6)
18.3mi
We got a leisurely start this morning and left town by 9:30am. We are already a bit ahead of schedule and thinking of not taking a full zero at Silver City in a couple days because we are feeling good. It’s nice that these first three legs are shorter so we can get the rest we need without a complete zero. Even though our minds and bodies might want to go further, it’s good to set a slower pace the first couple weeks to avoid a hike ending injury….I keep trying to remind myself of that and am trying to chill out on the mileage. My goal is to stay on schedule to meet Rockin’, Balls, and Sunshine for the San Juan Mtns in Colorado and as long as that is happening, I’m good.
I got ready early and was able to watch an episode of Modern Family before we left….makes me so happy:) Strider went out much earlier and Mark left just before us. The first three miles out of town was a 3mi concrete road walk. Along the way, we saw signs for the Gila Cliff Dwellings that we will get to in the next week I think. This is one of the highlights of the trip and I got goosebumps thinking I was actually going to be there soon. We hiked on another barren stretch that was just went on forever. Practically the whole day. It was pretty warm and the wind was little to none. My water became warm almost instantly, yuck. I was very happy with the level terrain because fat ankle was braced for the first time and doing fine. The plant life increased as we got closer to the hills, but it was a lot of this. 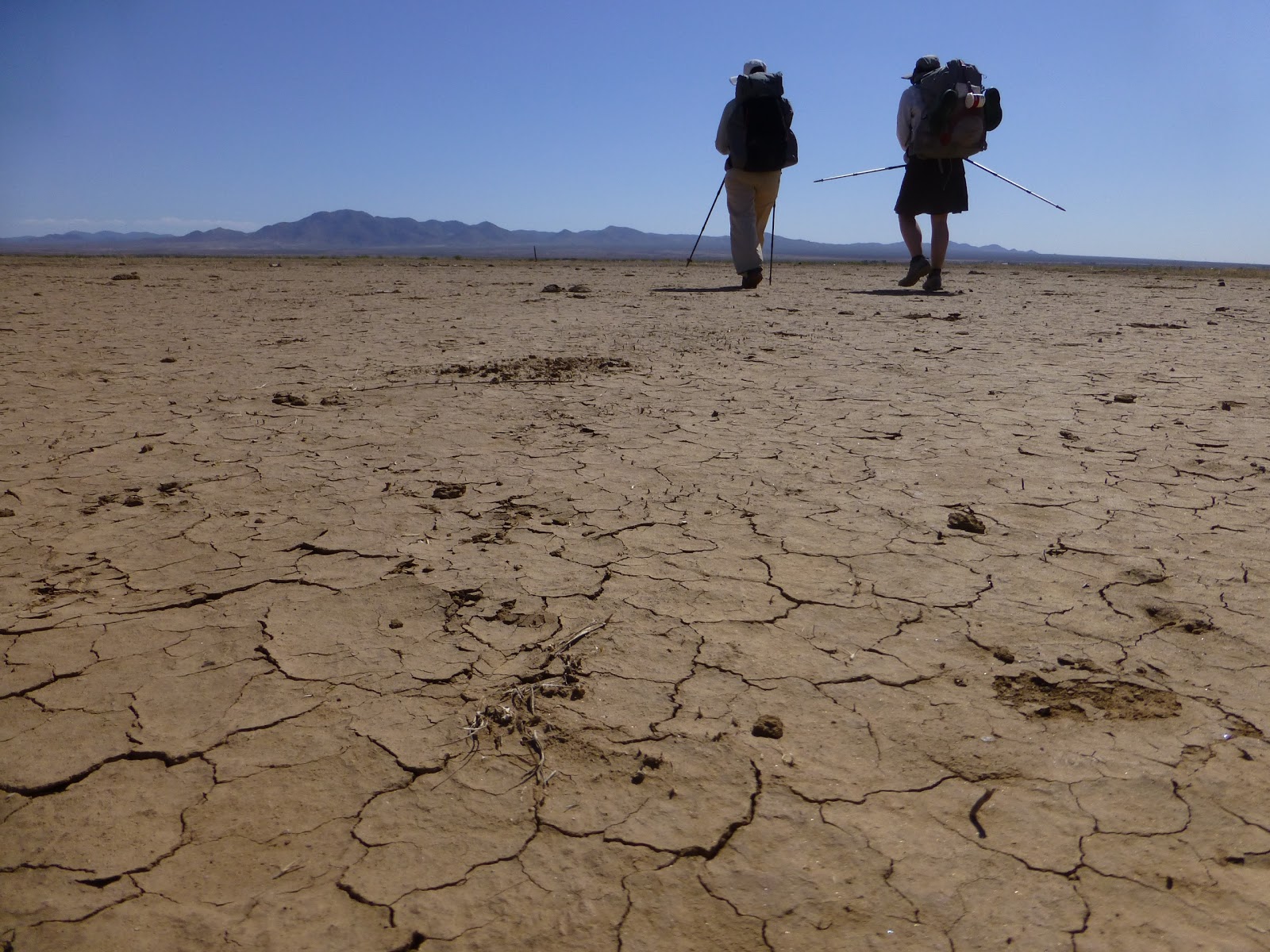 Liz and I occupied ourselves with music. I even played some out load for a bit. I listened to the beginning of the audiobook of Into Thin Air, about the Everest climb in 1996 when many died. I hoped it would make me feel cooler if I envisioned being on Everest. Thanks for GoalTech for getting that audiobook for me! At 1pm, we accepted that there was absolutely no shade and made our own shade again. I swear I’ve never known so many uses for a hair tie as Liz has been able to use to erect our shade canopy. This time against a cattle gate we went through. We had passed Mark earlier when he stopped for a snack and he walked up and joined us for a bit for lunch. 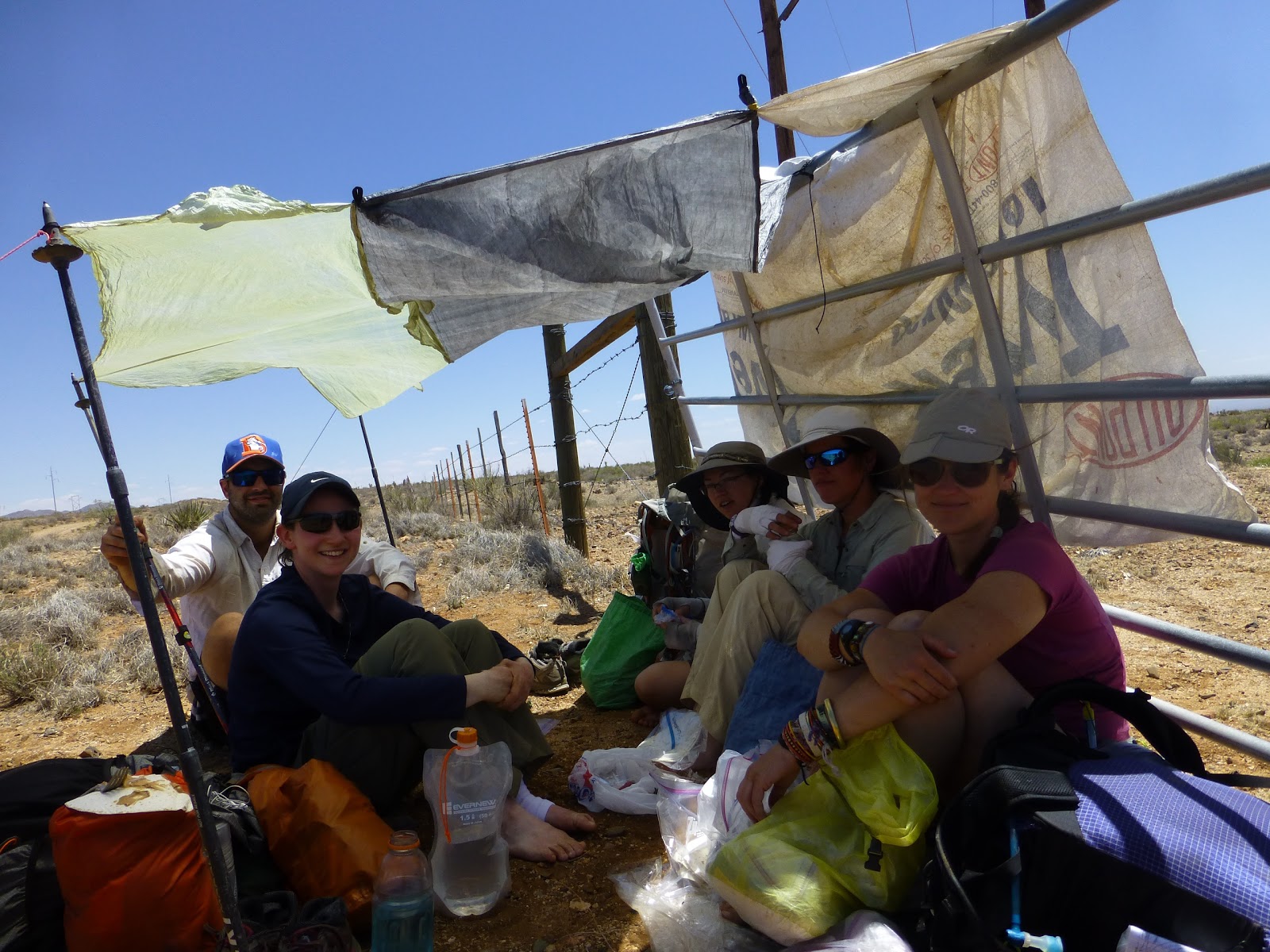 It was a good break for about and hour and then the wind picked up and the hair ties were no match. We walked on into the heat and the wind died down again. It was close to ninety degrees and I was sluggish. I dreamed of an IV of ice cold raspberry lemonade. Our water source wasn’t expected until the end of the day, so I had to settle for drinking my warm bath water. At lunch, I noticed that a piece of Liz’s StickPic was missing. Remember, the StickPic is the awesome little ring that allows me to mount a camera on the end of my trekking pole for pictures and video. I had misplaced mine again and have been borrowing Liz’s until I get to my back up StickPic that will be in my bounce box in Silver City. I used it this morning to make a video and apparently didn’t tighten the bolt and it fell off…Wired strikes again! We had service and Liz emailed Rod who makes the StickPics and knows of my tendency to lose little things. He is even sponsoring me on this trip and had sent me two before I left for the trail. Well, within an hour, Rod called us back and offered to overnight us two new StickPics to Silver City…it’s Sunday and he was that quick to return our call. THANKS ROD!!! If you’re interested in getting a StickPic look at http://thestickpic.com/
We walked an hour or two more and came to an old rusted water tank with shade on the other side. Yep, you guessed it, break number two. This one was another hour. I did some journaling while the rest of the group did Sudoku puzzles. I was frustrated because the water source was one mile away, but just accepted it and did what I could. I’m just not used to so much extended stopping and it’s just not what my body responds to. We got up an hour later and found our water source for today. A windmill (which is common on the CDT) that pumps pretty clean water into a tank for cows do drink out of that has algae floating on top. Here’s the windmill. 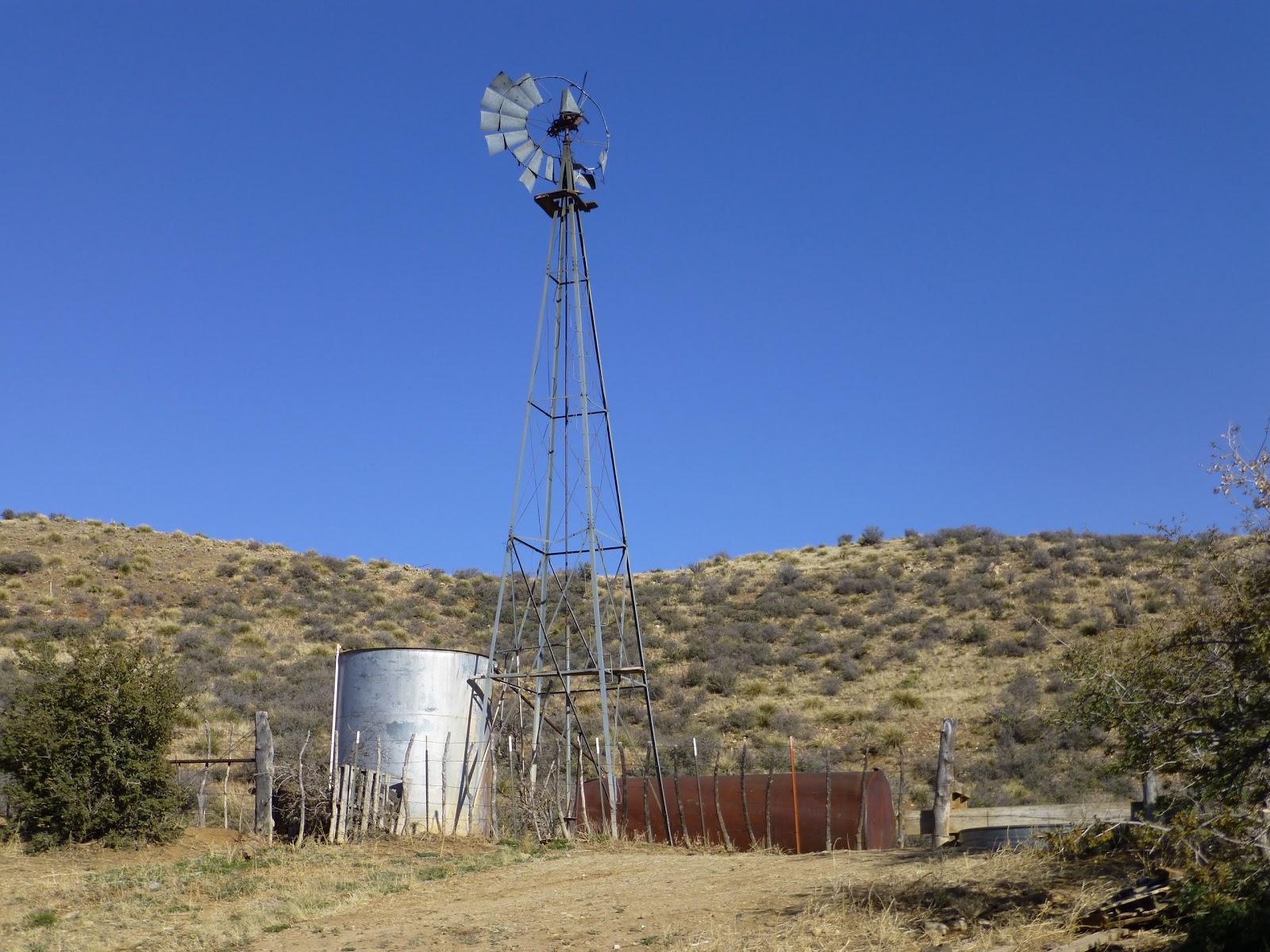 Mark was leaving as we approached and he said he’d probably be at our designated camp spot about four more miles away. So this became stop number three just after our extended break a mike before. We fortunately got to get the water from the spigot that releases water when you press down the bobber. We had to put our bladders or bottles in the algae filled tank, to get to the spigot, but that was okay. Mark drank the water, but we all filtered it. It was cooler water and so good after the warm water I had all day. 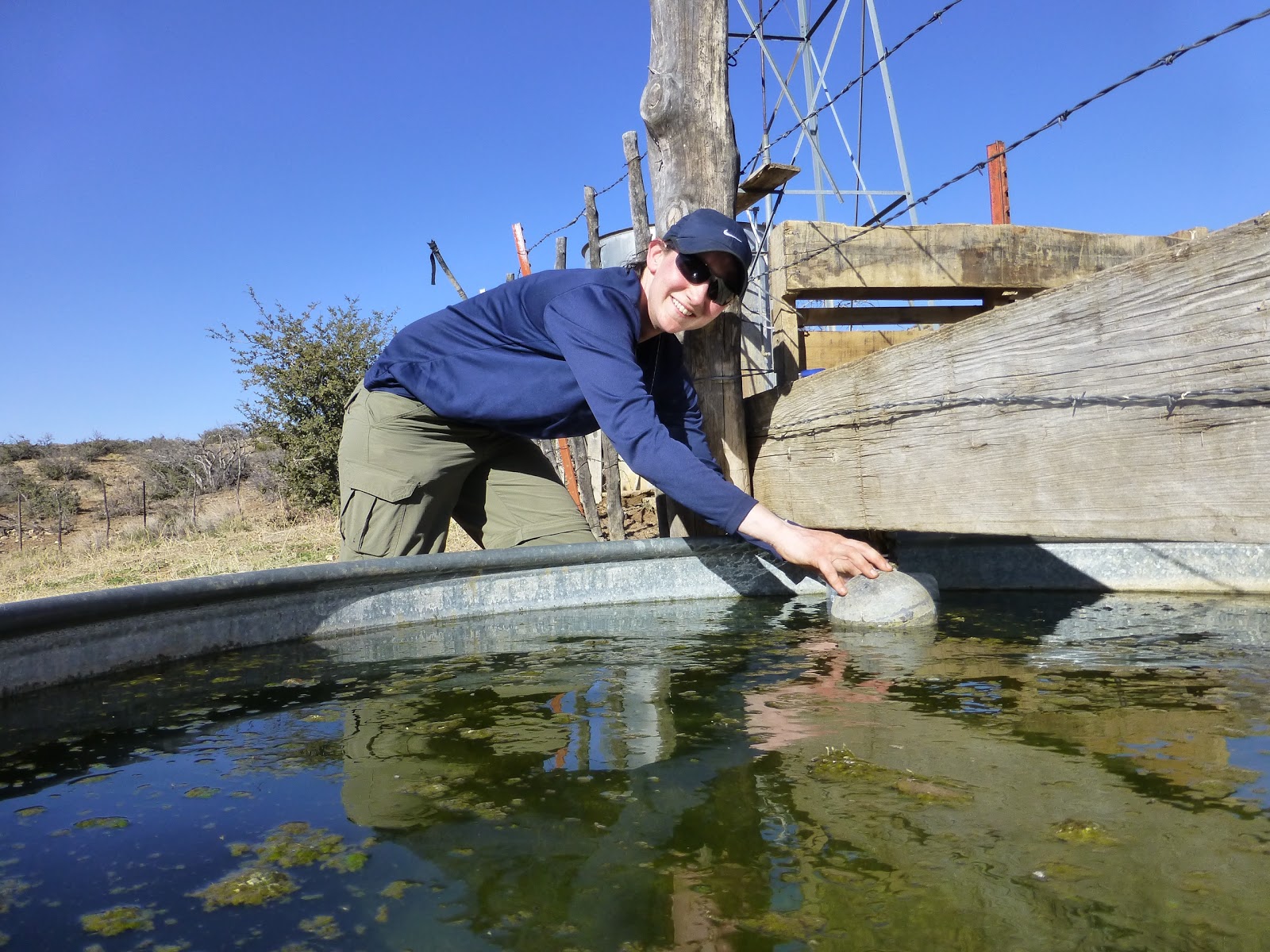 We walked another four miles to another windmill and water source where we planned to camp. We finally got to the hills we were walking toward all day and the views made Liz and I really happy.

It gave us 19mi for the day and Strider and Mark are camped here too. There are actual trees around us! It’s great! We got in much later than I prefer and the temps dropped quickly. It’s going to be in the forties for sure and maybe the 30s. That’s our coldest night so far. I was exhausted and hungry. I had my first care packaged Mountain House of the trip tonight! Chicken Teriyaki! Loved it! It was the perfect end to a long and hot day. Thank you to Chris and Charles for providing me with that meal! 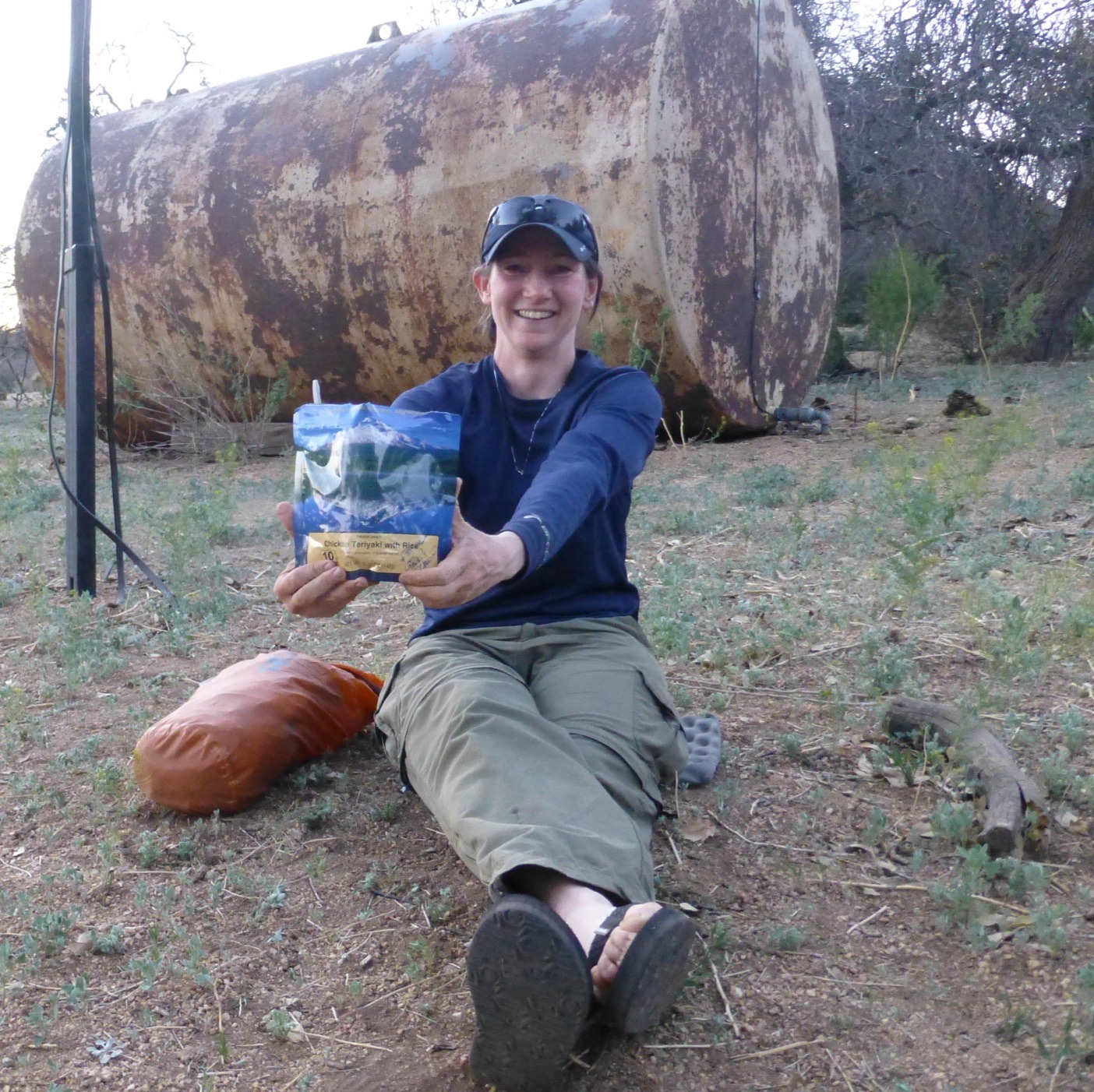 I have reception tonight and would have liked to watch something on Hulu if I had time…I couldn’t get Survivor to load at the motel on the CBS app, so hopefully by the time I’m in Silver City I can watch it. I really wish I would have gotten to camp earlier to enjoy it more as it’s getting late now and after 10pm. From now on, I’m going to try to do my own schedule during the day if the breaks are too long or numerous. We are all camping in the same places, but we all just have different ways of hiking the miles. We’ll see. I’m trying to find a middle ground cause the breaks are just not working for me. I know it will be different out of the desert once the heat isn’t so bad. Then we’ll be a little more in sync probably. Everyone just reacts to the heat differently. We passed mile 100 today too! It feels like that came quick!