Day 70: Stretching My Legs On The Abel Tasman

It was a good night of sleep, and I was surprised I woke pretty early without the alarm. I thought for sure the waves would drown out the morning birds, but they didn’t. I knew I had a big mileage day ahead, so I packed up and was walking by 6:15am. I got the rare experience of the Abel Tasman all to myself for the first 2.5hrs of the morning, and it was great. I just love early morning walking! 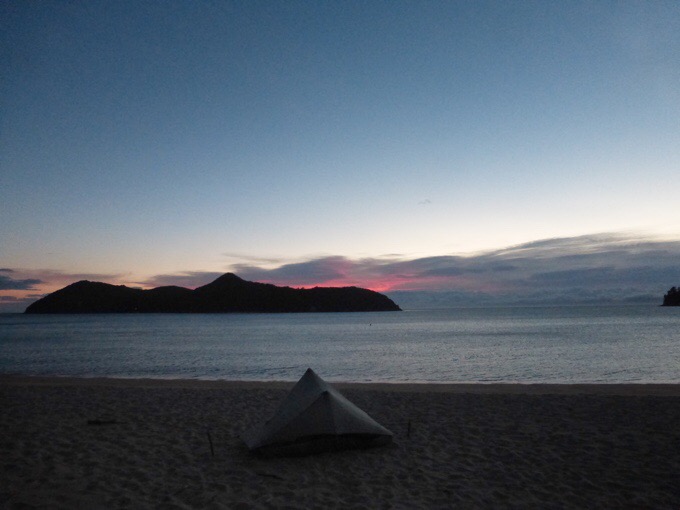 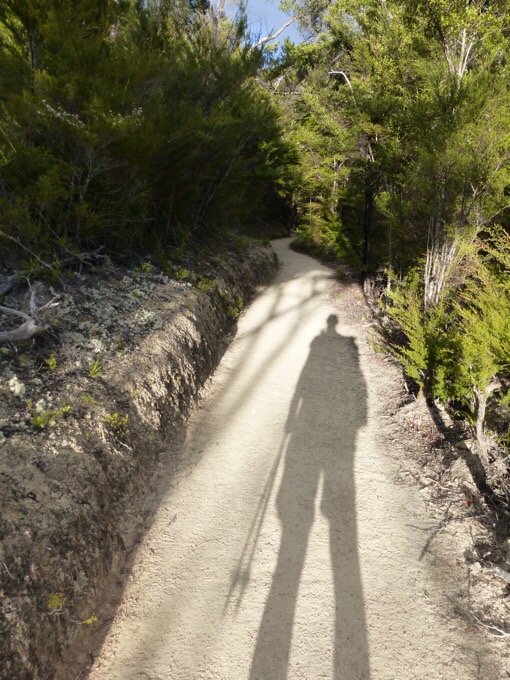 The track is mostly inland and wooded with brief views of the bays or walks along short beaches. 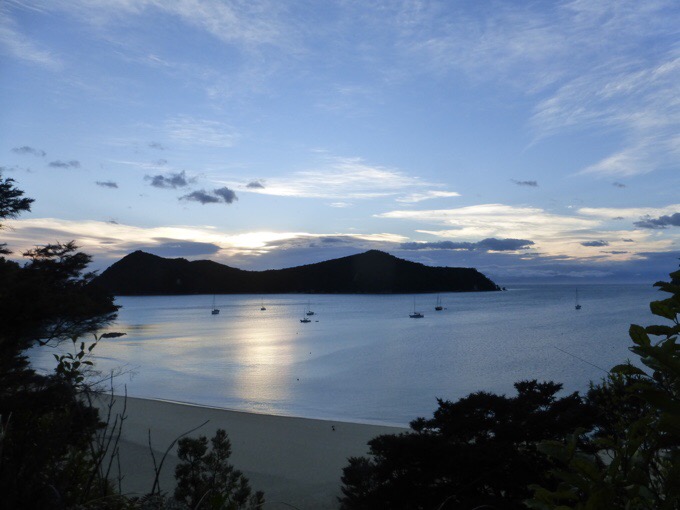 Not far into the morning, I did the side trail to Cleopatra’s Pool. I was on the high tide inland track that’s 1mi/2km longer, since low tide this morning was before sunrise. Cleopatra’s Pool is a popular day hike that leads to a swimming hole. It was a half kilometer side track along the Torrent River to the pool. There’s a natural slide along a moss covered chute that people slide down into the pool. Again, no one was there, so I did not get the common experience of it jam packed with people. I had no need to get in the water (which is supposed to make you live longer or something), but it would have been fun to see someone slide down it. I’ve heard there’s even a spot to jump off a cliff if you explore even further up stream. 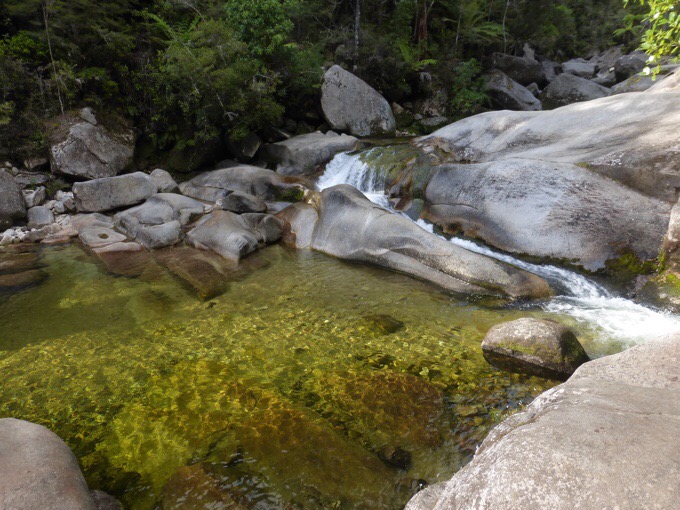 As I was leaving Cleopatras Pool, it began to mist. It was light enough to not be a bother for almost an hour before a light rain fell for another three hours or so. It was warm, and most of that time was on inland track covered by trees, so it really wasn’t as much as if I’d been out in the open. 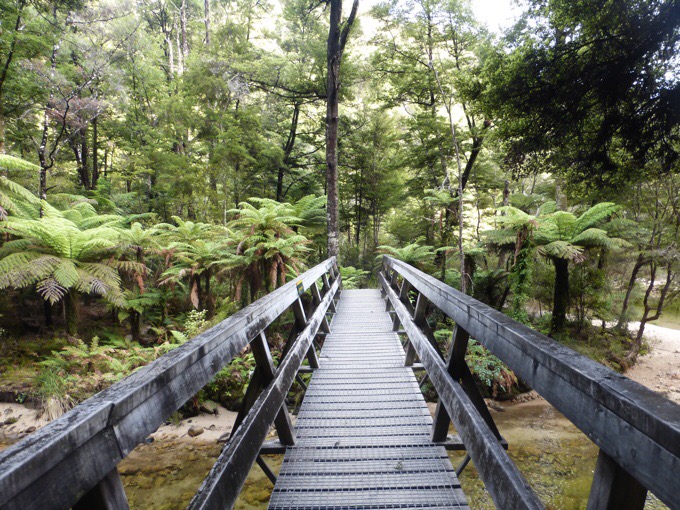 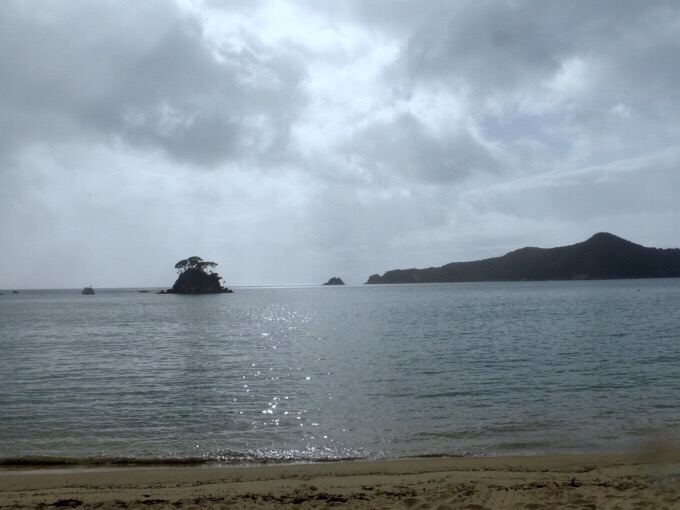 Even in the rain, and being inland, the track was enjoyable. It was very relaxing, and I could see some say it was boring, but it’s just what I needed. Just a break to cruise and have some mental and physical space outside. I don’t get that feeling on the TA, and I miss it. There’s almost always some kind of obstacle, task, or discomfort along the TA that has prevented me from feeling relaxed. 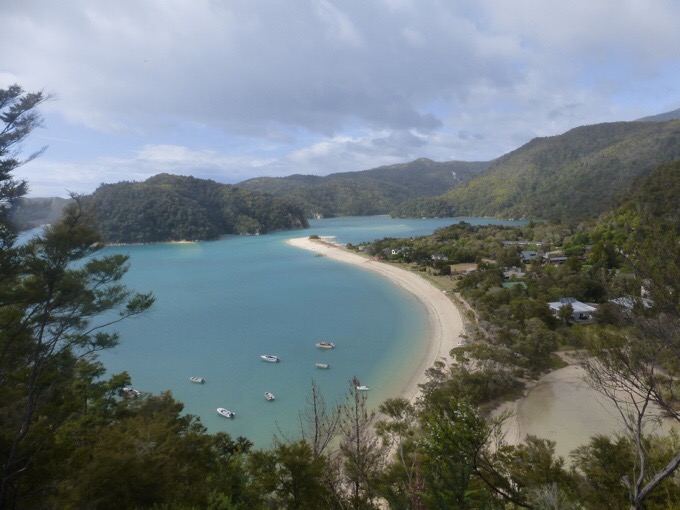 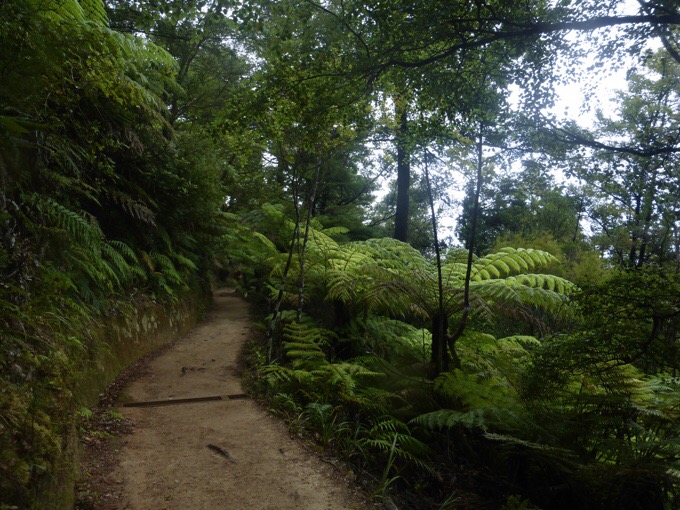 The rest of the day was pretty much a cruise with nothing too significant. I got to eat lunch in a sheltered kitchen area that was full of other hikers also taking shelter from the rain while they ate. 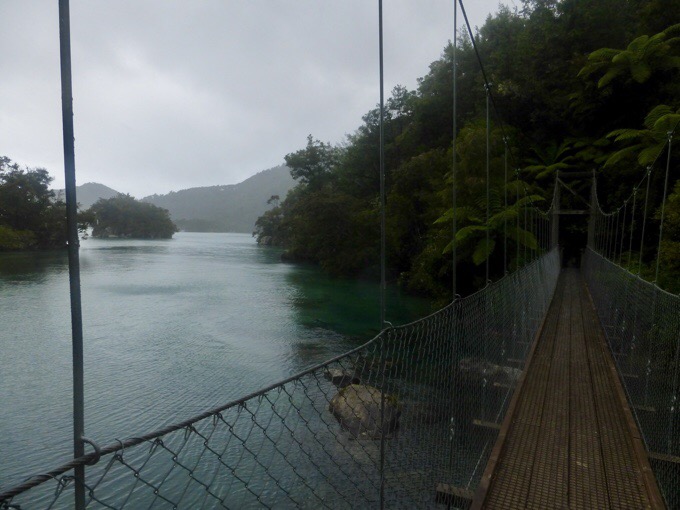 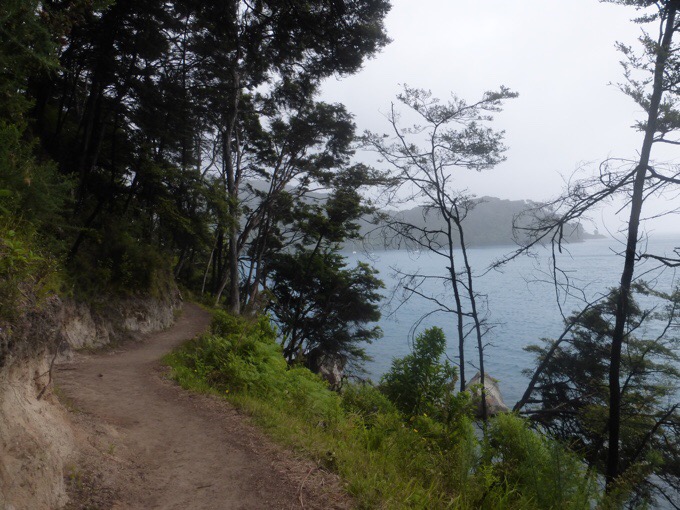 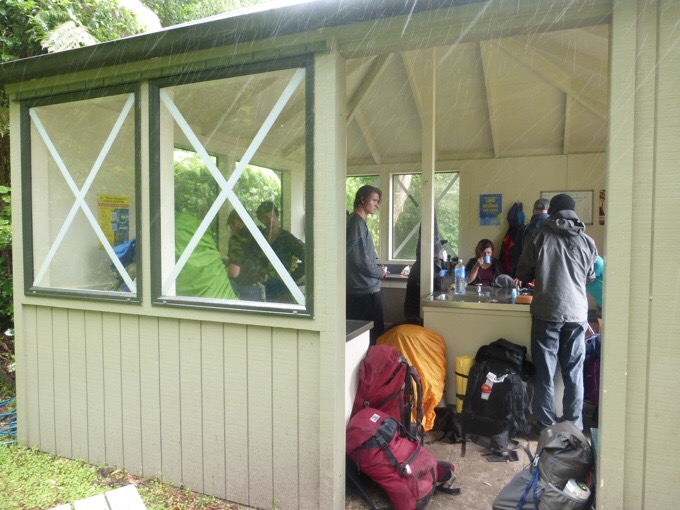 Lunch spot sheltered from the rain.

The rain stopped at 1:45pm, and it was clear the rest of the day. There was one lengthy inlet that needs to be crossed at low tide that I had to wait an extra thirty minutes to do because it was more swollen due to the rain. I went as early as I felt safe to go when the water was thigh high in some places, but mostly ankle to knee high. At the lowest tide it seems it can usually be crossed completely dry. 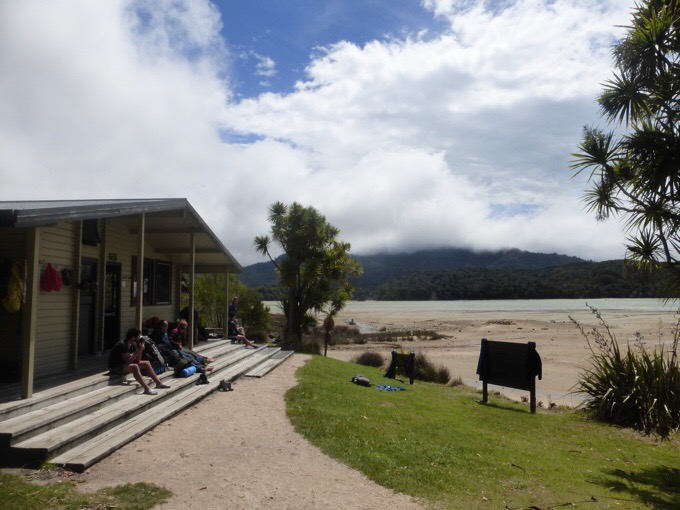 Hikers waiting to cross the inlet. 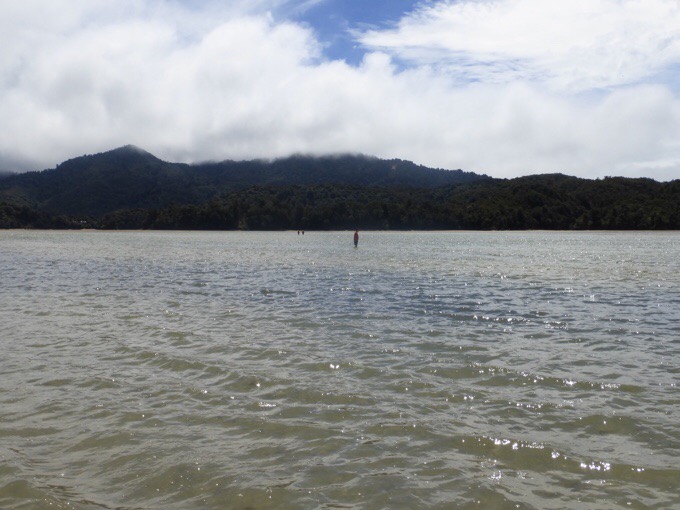 Crossing with others coming towards me as tide goes out.

I did manage to leave my water bottle on the other side of the crossing because I seem to have to lose something on every dang trail I do, even just for a few days! I have bladders I can use till I get to town tomorrow. 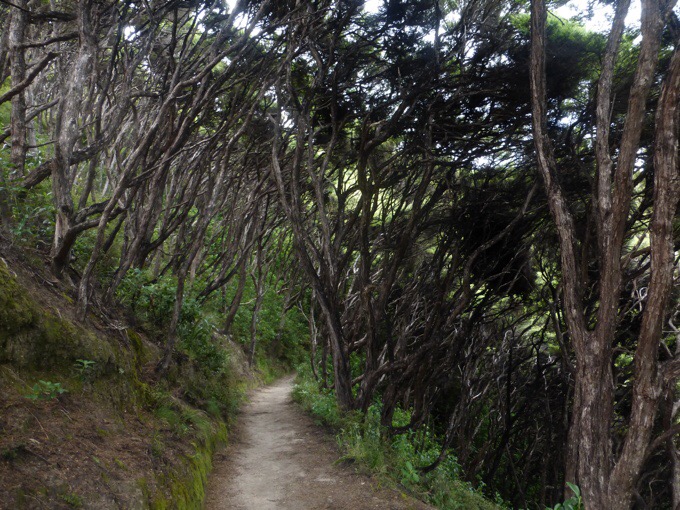 The maps provided don’t give exact mileage of what I did today, but it felt a lot longer than the signage added up to on the actual trail. It seemed correct most of the day, but the last hour or so seemed to be off. It seemed to total 44km over a solid 10hrs of hiking, so that makes sense, though I felt my pacing was faster than that. Point is, I definitely got it out of my system, ha! 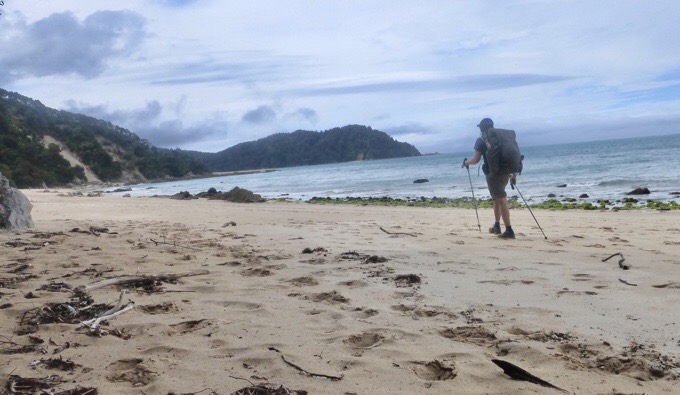 I arrived at Mutton Cove camp about 6pm and it was a great spot. Not all the campsites were great, and the middle ones tend to seem really big and crowded and more inland. I like that I ended up with the smaller ones on the ends. There are four others camped here and plenty of space up on some grass just off the beach. Here’s a photo as the sun was setting.

Immediately when I arrived, I met a family with two very energized and friendly kids that immediately took to me. When talking to the dad, Chris, we found out that tomorrow we are each doing the exact opposite of the other in direction. I was going to have to do an extra 2+hr hike that would loop me back to Totaranui to catch a water taxi, and Chris was ending at Totaranui needing to hitch back there to get his car parked at the endpoint of the Abel Tasman Track. To save both of us some effort, I’m going to drive his car to Totaranui from the ending trailhead so their car will be waiting for them at the end and I don’t have to walk the extra miles to the water taxi location. I love how these things work out! I didn’t even have my pack off by the time we had this worked out! 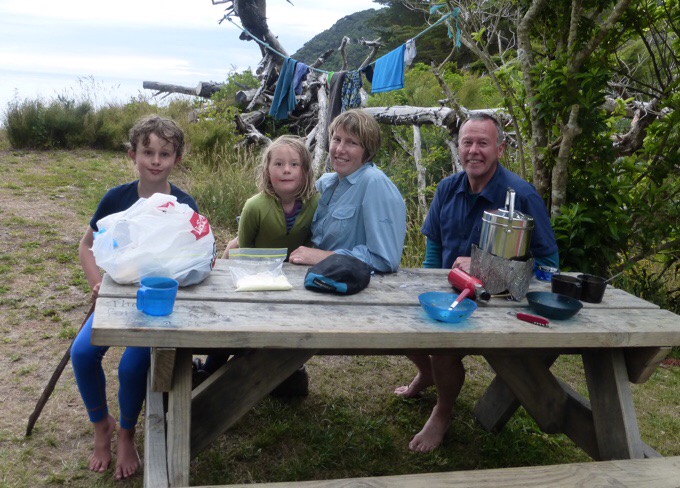 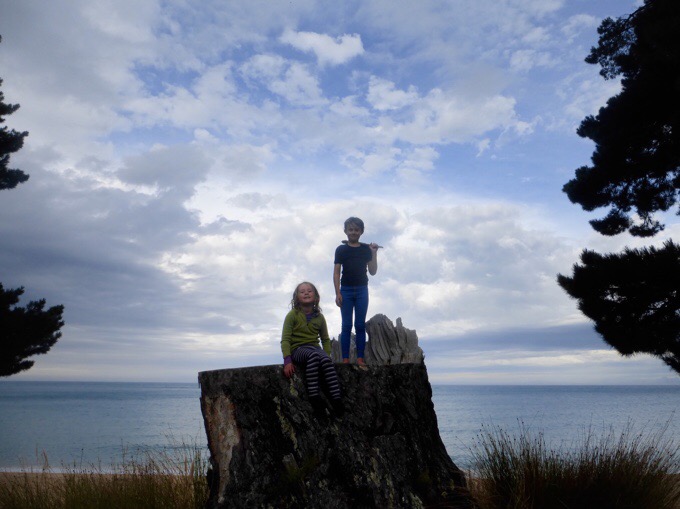 Again, sunset was awesome, and the camp time is my favorite part of this hike. Having done a lot of coastal tracks, I’d say this one isn’t necessarily the most spectacular, but it is definitely the most convenient and inviting. Coastal tracks are really tough terrain to make an easy track and I commend them for making one so well maintained and inviting. It’s much less beach and dune walking, and mostly a nice gradual benched trail that’s inland and drops down to the bays and beach at the campsites. I could see taking multiple nights and enjoying the beach with sunsets and sunrises each night. 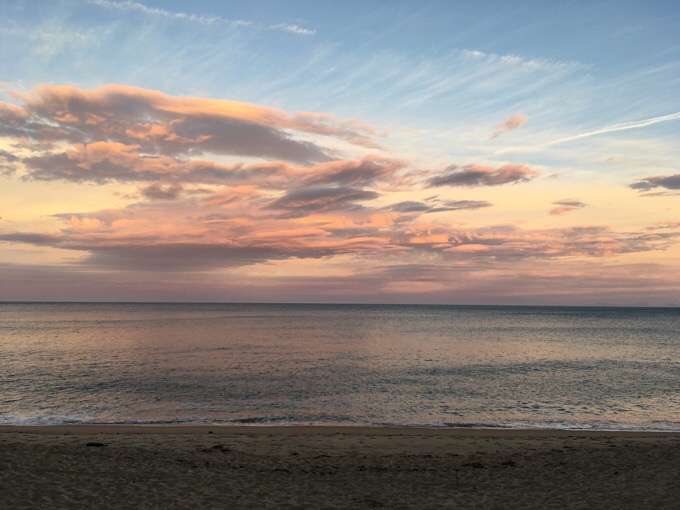 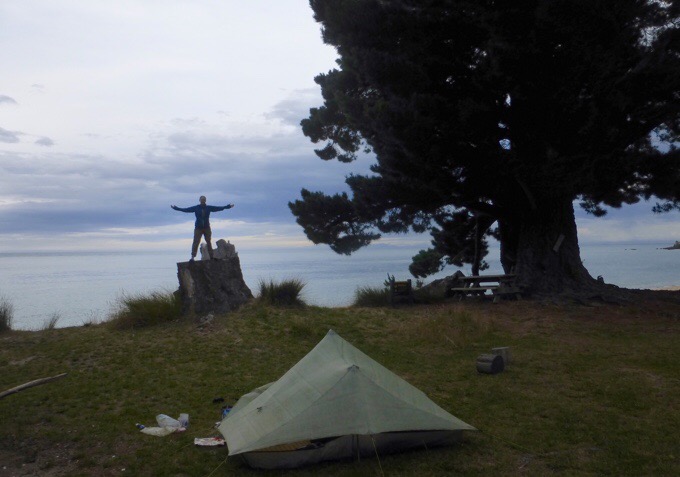 Overall, I’d say it isn’t a must do, but I’m really glad I did it, and it was just the break from the TA I needed to feel refreshed and energized. Tomorrow, I will return to Havelock where Tom and Becky have reunited. Tom has caught back up, yay! Oh the joy that boy brings! 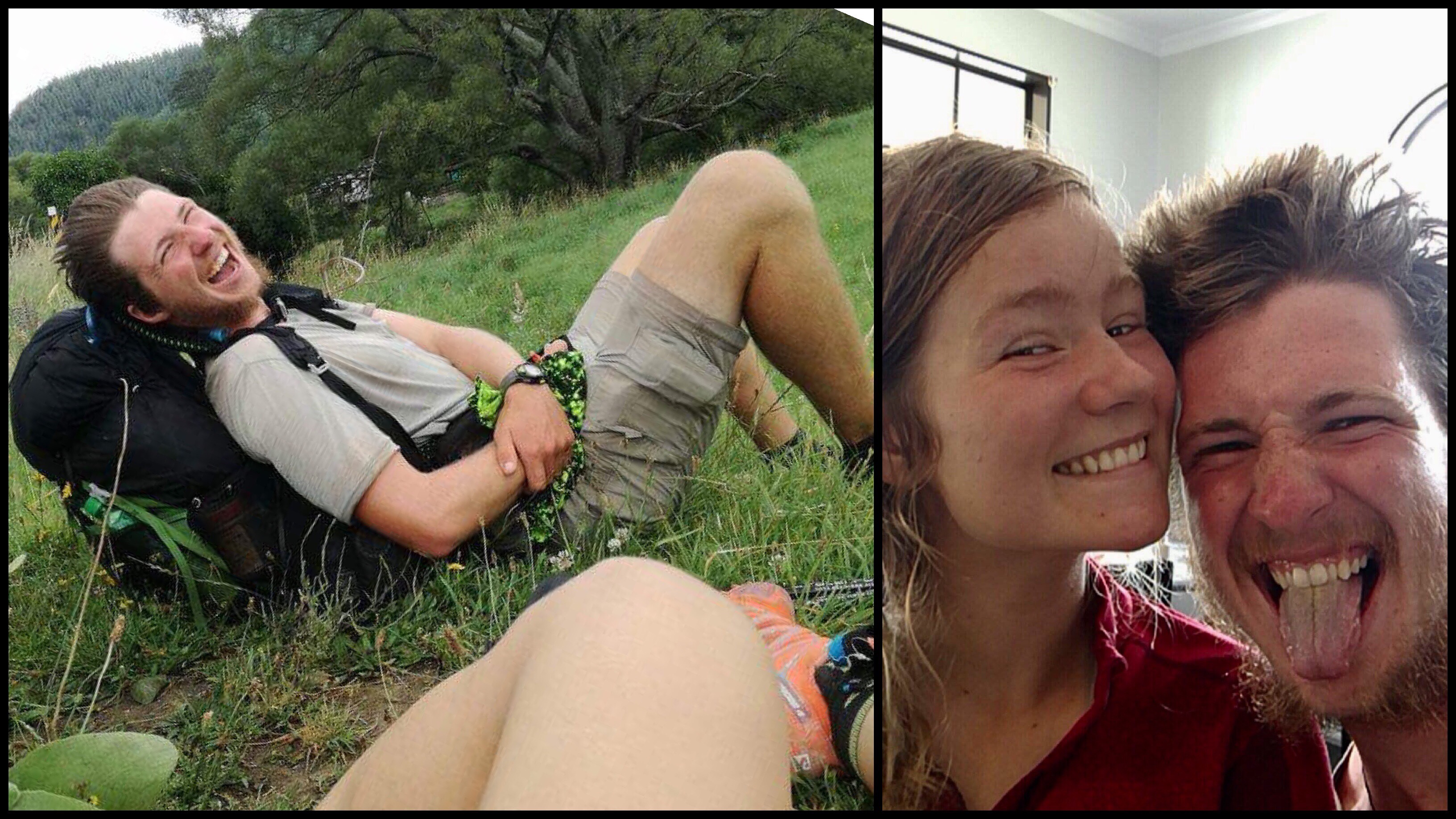 They are zeroing tomorrow and we will leave for the Richmond Range the next day. I am excited to be back with those two goofballs, but we will see if my solo tendencies are quelled enough to not push the challenging terrain, which I tend to enjoy doing. I’m pretty tired in the best way right now, and it has felt good to do bigger days lately. The moon is reflecting awesomely on the water and lighting up everything again. So great, goodnight! 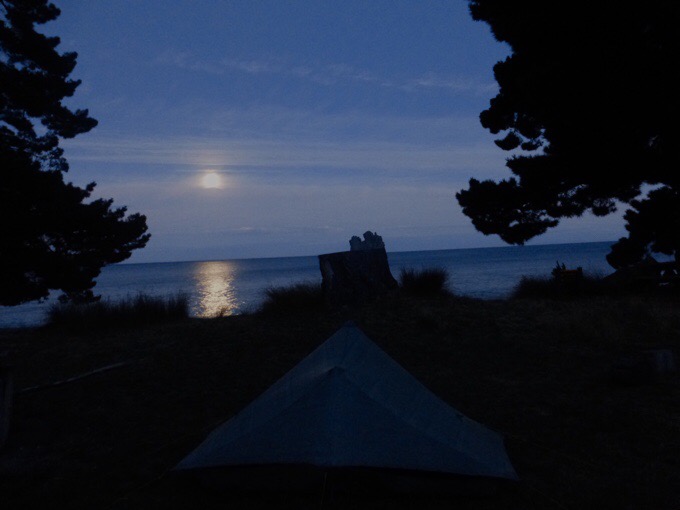