Today was our second nero in Namche. Our plan was to hike out at noon. We hoped for a late checkout, but had to leave at 10am. It was great to not wake up at 5am for the first time in a couple weeks. We have to hike early in the day to avoid the afternoon rain, so we’ve been leaving at 6am everyday. Sleeping in was wonderful!

The morning wasn’t as relaxing as I hoped. I had lots of time consuming correspondence with our possible guide(s). It’s similar to all situations we’ve heard about from other GHT hikers. You arrange something (hopefully with people who speak some English), and just hope they show up. At least we don’t pay until they show up. So, the deal is that there should be two guys. One has done the pass before, and the other wants the experience, and will assist the main guy back over the pass once they leave when we are safely down. The price is the expected $500, but since they just happen to be returning from an Everest Base Camp trip, they don’t have the rope or a tent or stove, ugh. They are claiming it can be rented in Thame, which seems super small and not likely, but we have to trust them. They are asking that we rent the gear, ugh. At this point, we are desperate, so we just have to go with it and see what happens. That’s totally the GHT for you. So many factors out of your control.

I spent the rest of the morning taking another long indulgent shower, and FaceTiming back home since it was evening there. This hike in particular really makes you miss the comforts of home. I’m glad I’ve decided to return home in July to vacation with my friend rather than jump into another long hike. I’m going to want a break from both hiking and blogging. 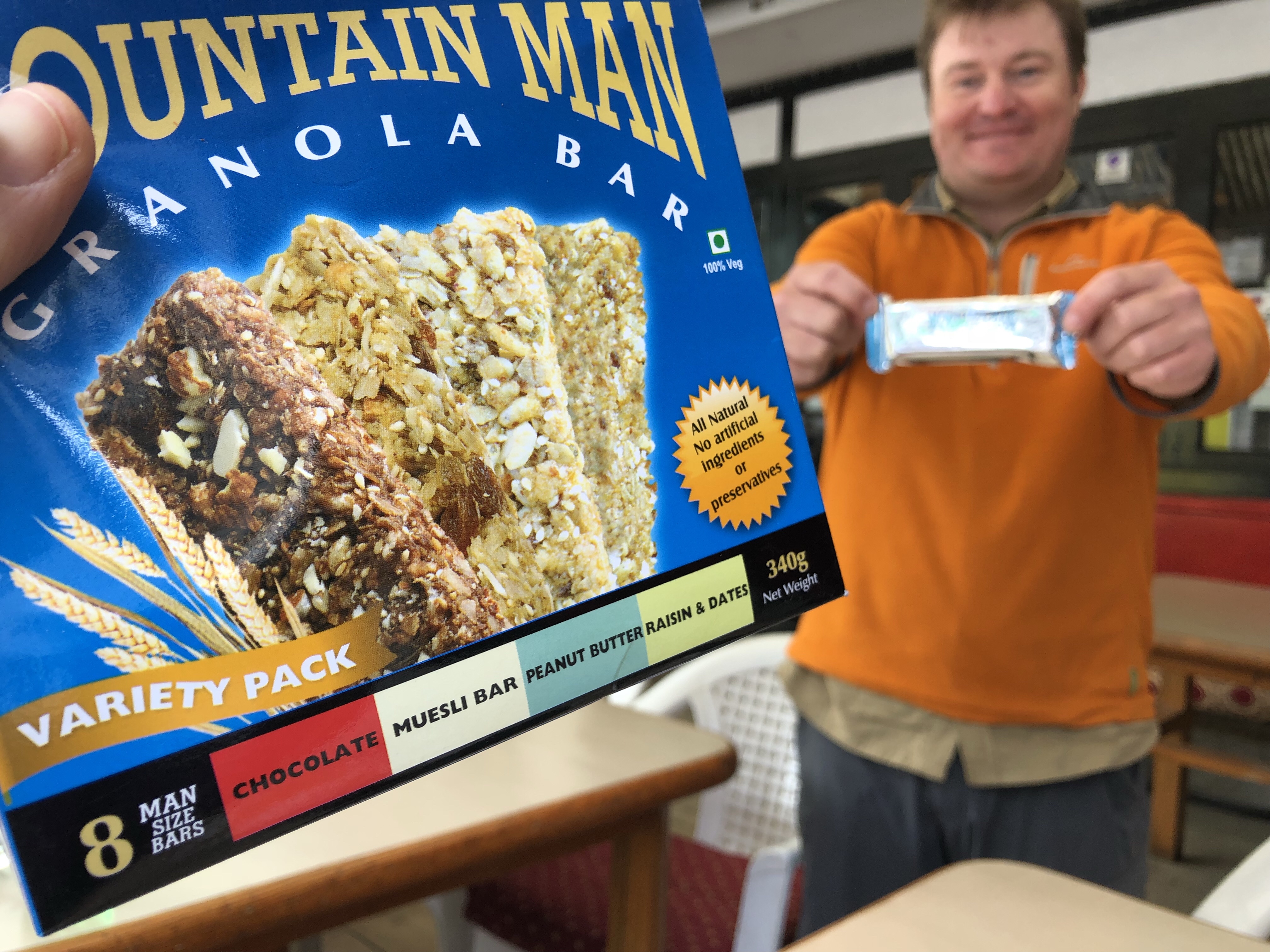 We checked out, and went back to the Everest Bakery to hang out and eat until noon. Our hike out was 6mi on good trail, and a fair amount of uphill, so we figured 3-4hrs was plenty. It was relatively relaxing compared to what we’ve done so far. There were tons of people out hiking, herds of guided groups, and tons of porters shuttling large loads. We’ve hit the tourist section. 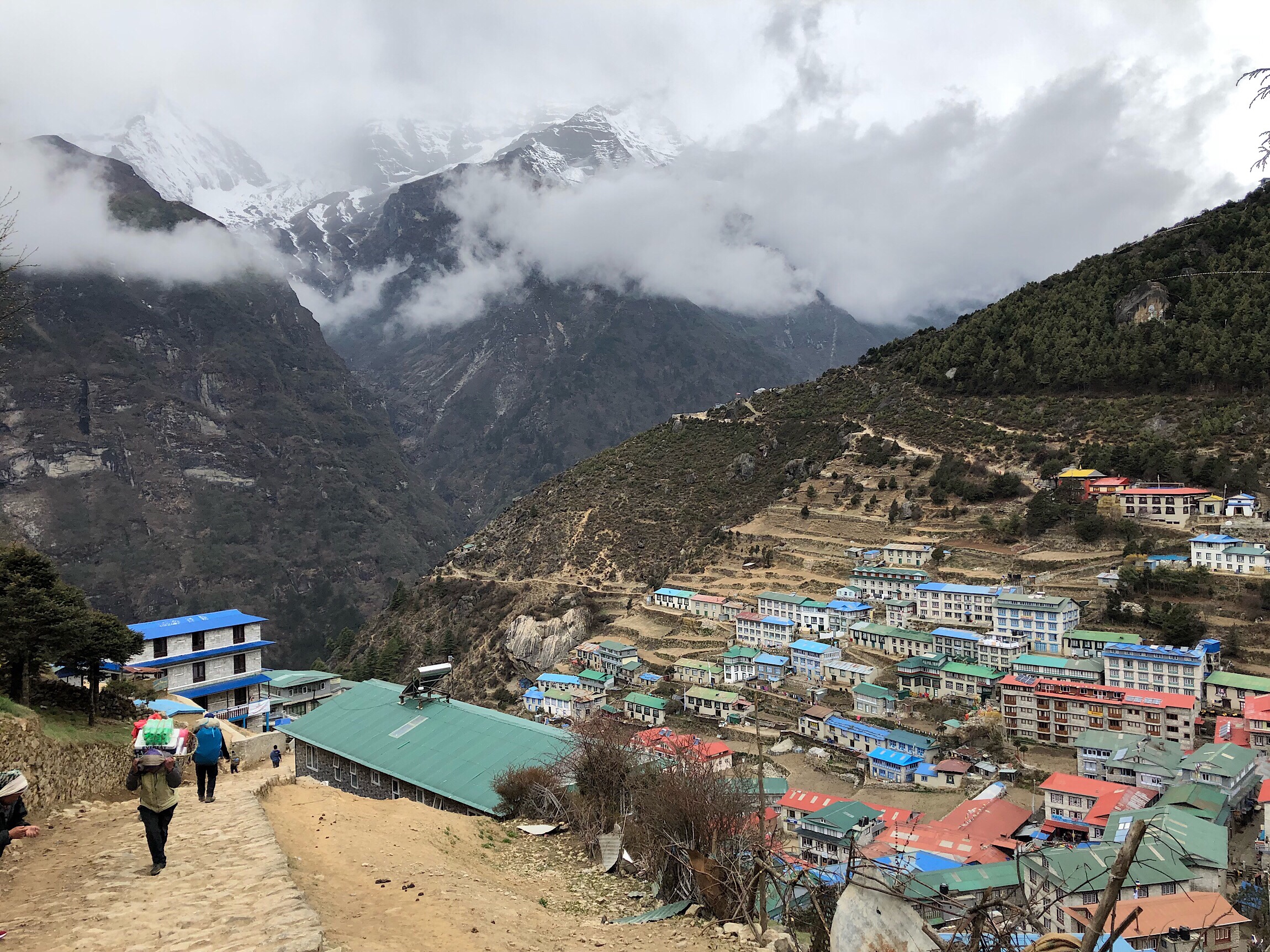 Hiking up and out of Namche. 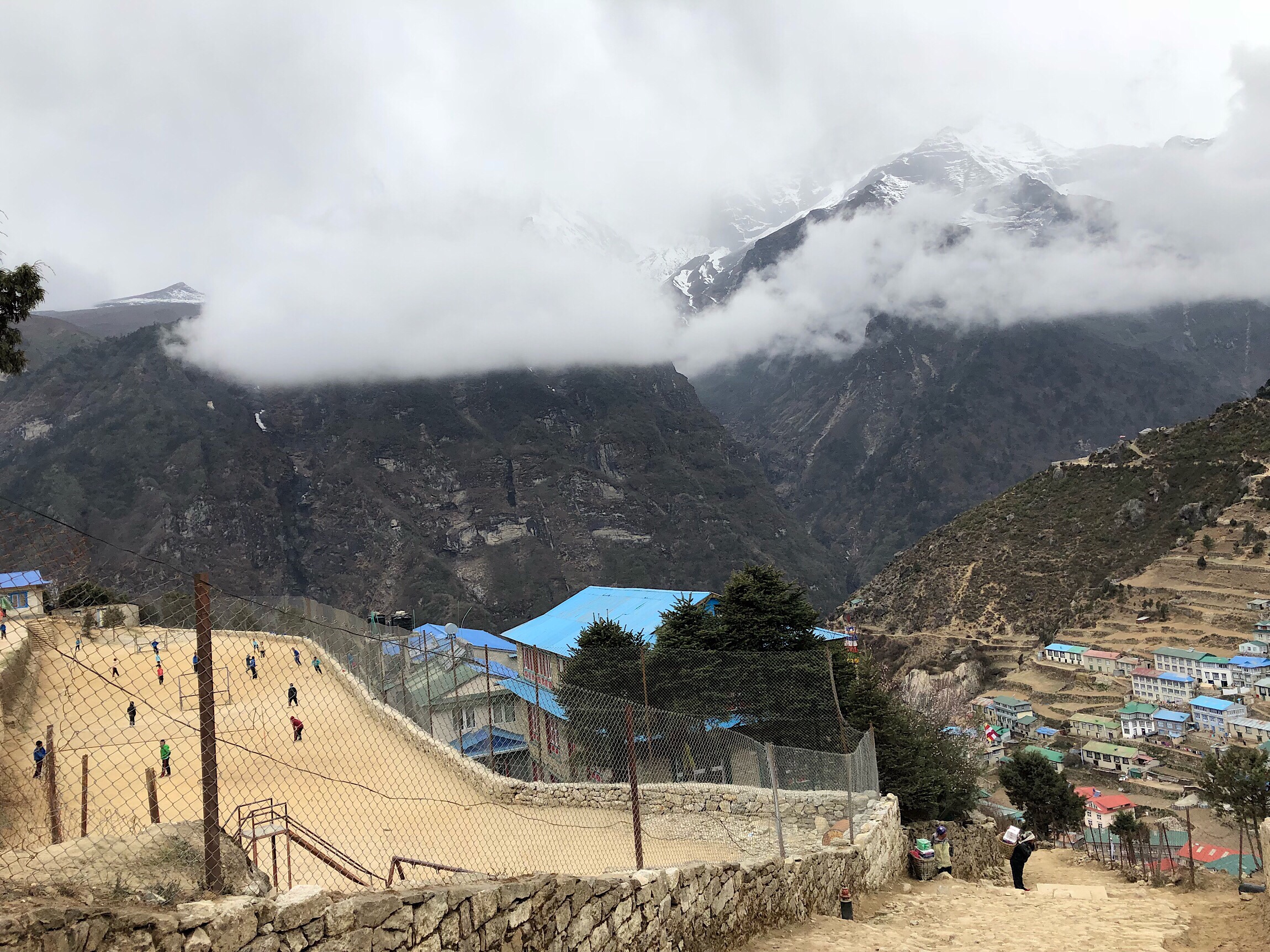 Another school and soccer field surrounded by mountains.

By the time we got going, of course the afternoon clouds had moved in, so we didn’t get the big views, but it was still nice. The best months for clear views in the Himalaya are October and November, but it can also be colder. Can’t imagine much worse than it is now though. We really don’t know when it’s better to hike the GHT. Either way, it’s a tight window. You’re either, like us, trying to outrun monsoon season, or racing to beat out winter if you go in fall. Neither are ideal. 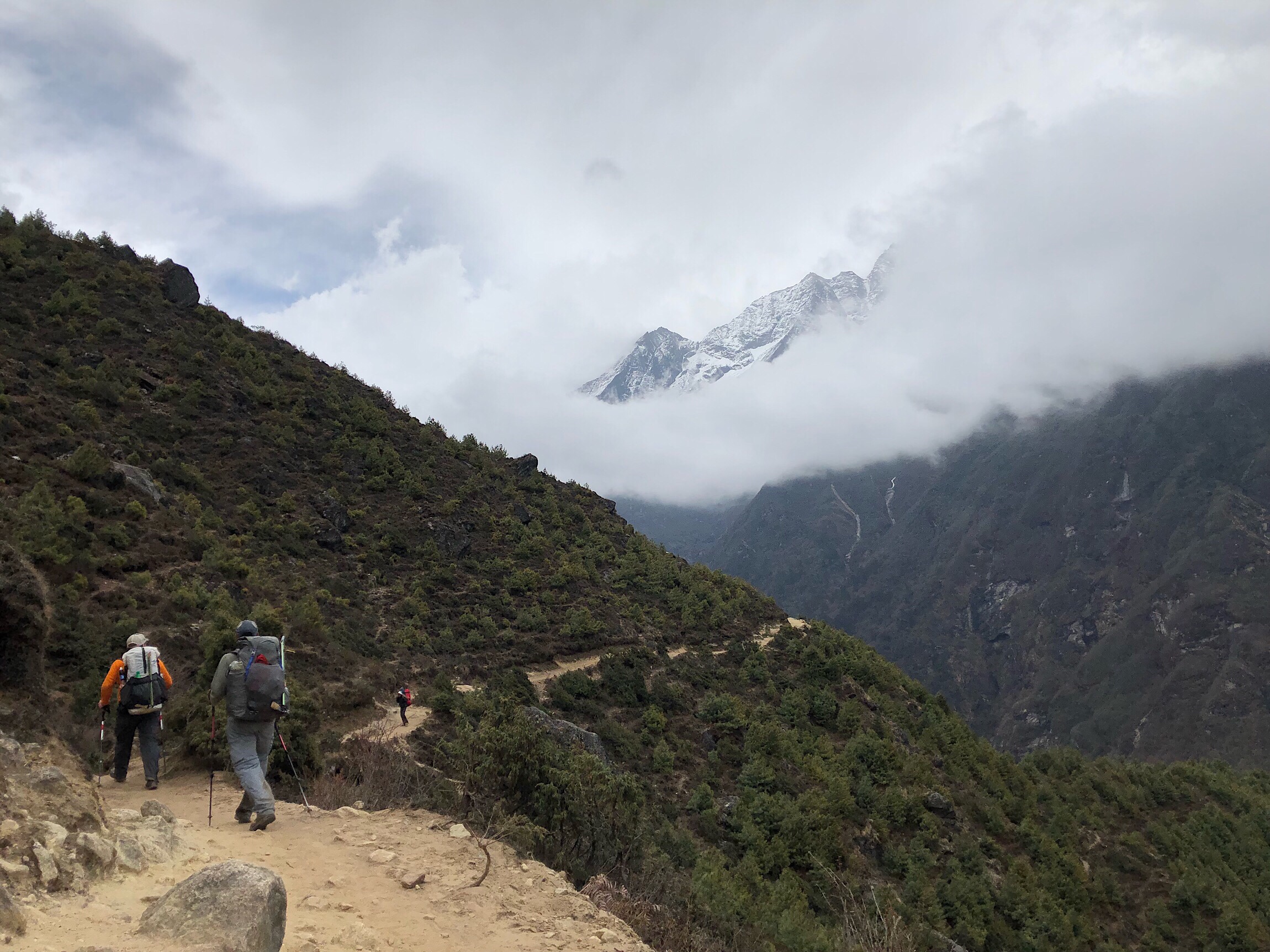 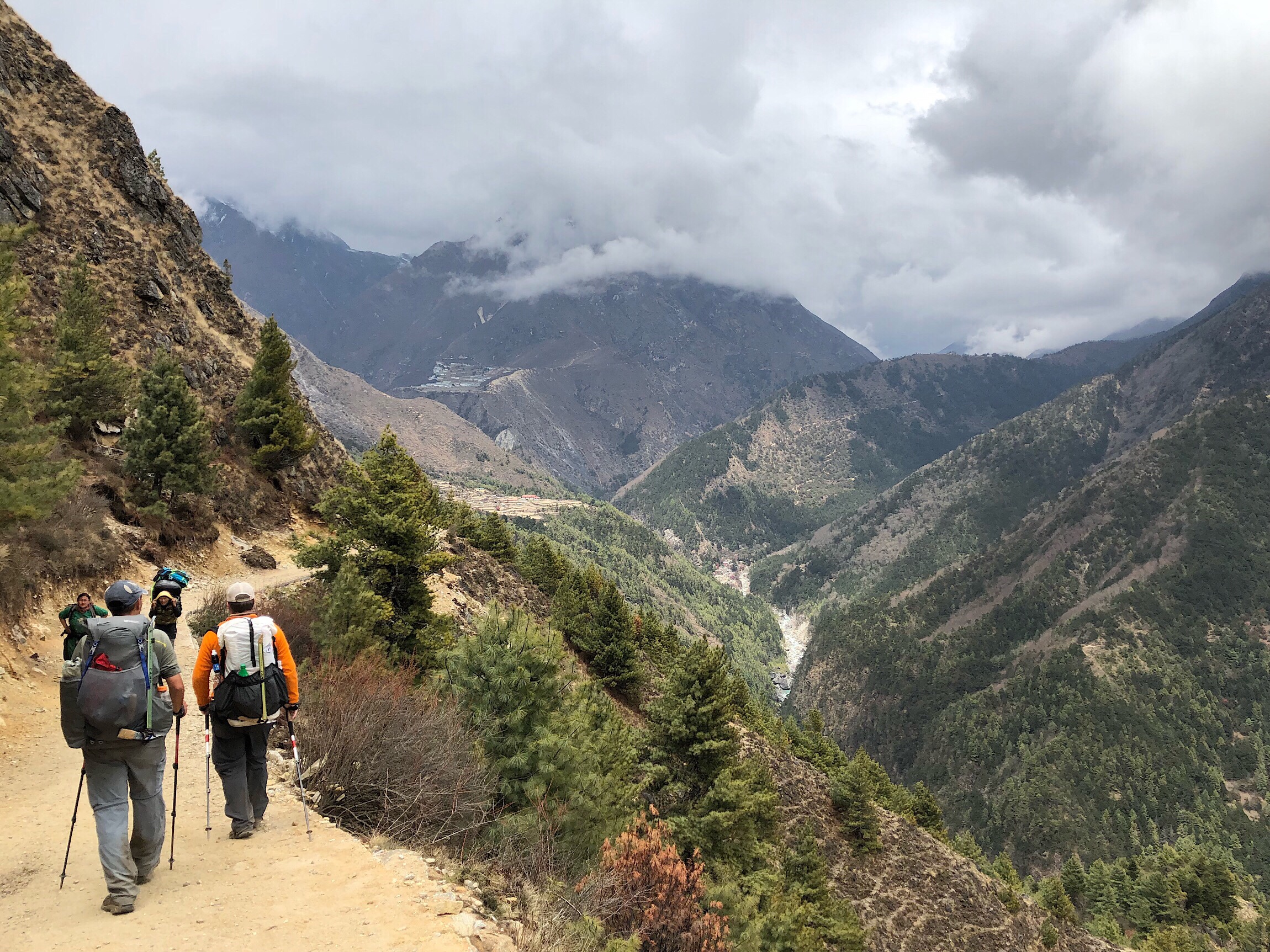 As we were walking, we ran into our friend Suvi who is from Finland and just finished guiding a group up Island Peak. They were hiking down to Namche to celebrate. We had been in contact through our inReach devices and thought we wouldn’t overlap, so it was a surprise for both of us! Griggs and I met Suvi last year as she too hiked the Te Araroa, the length of New Zealand. Again, gotta love this little hiking world! 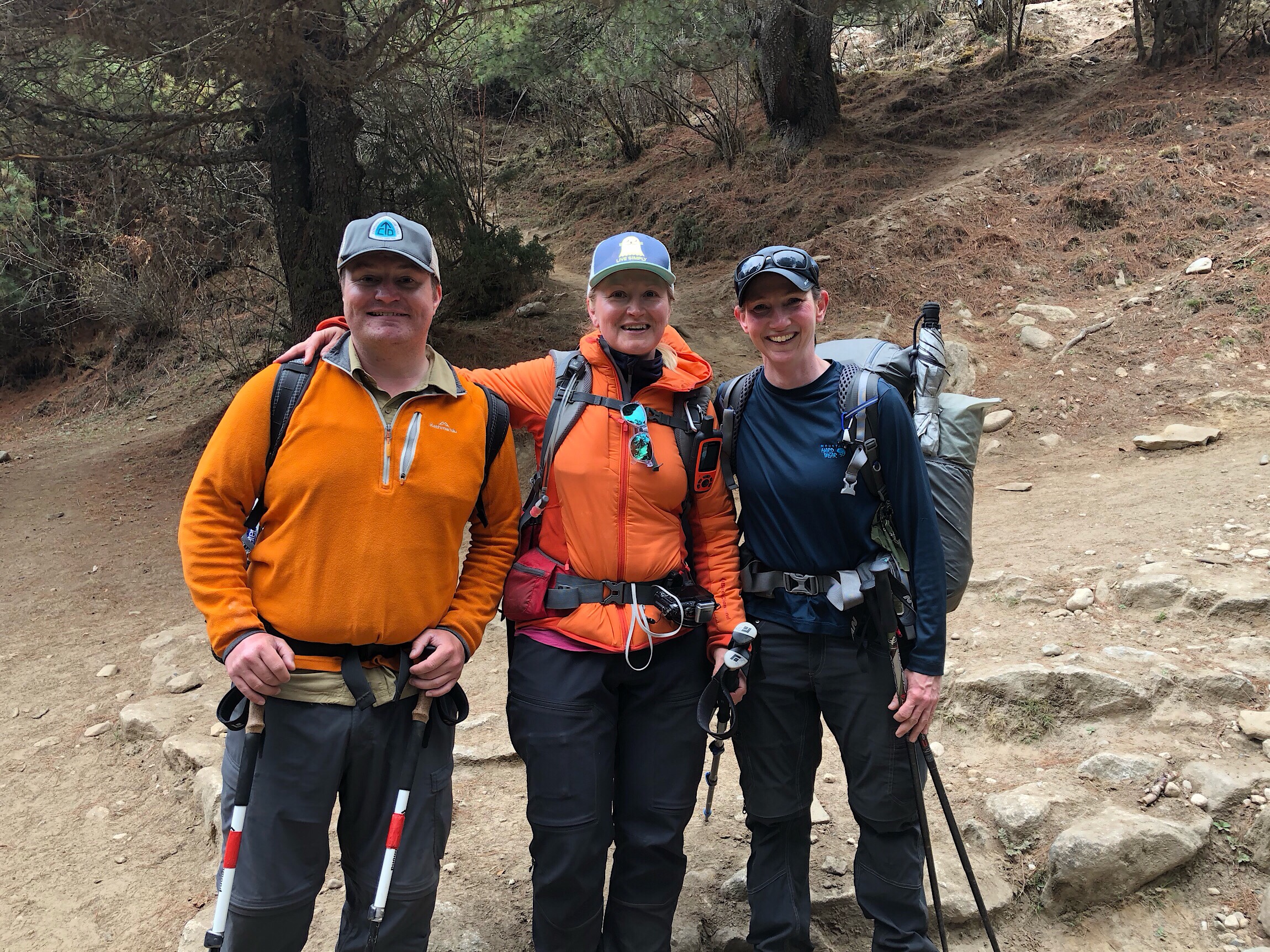 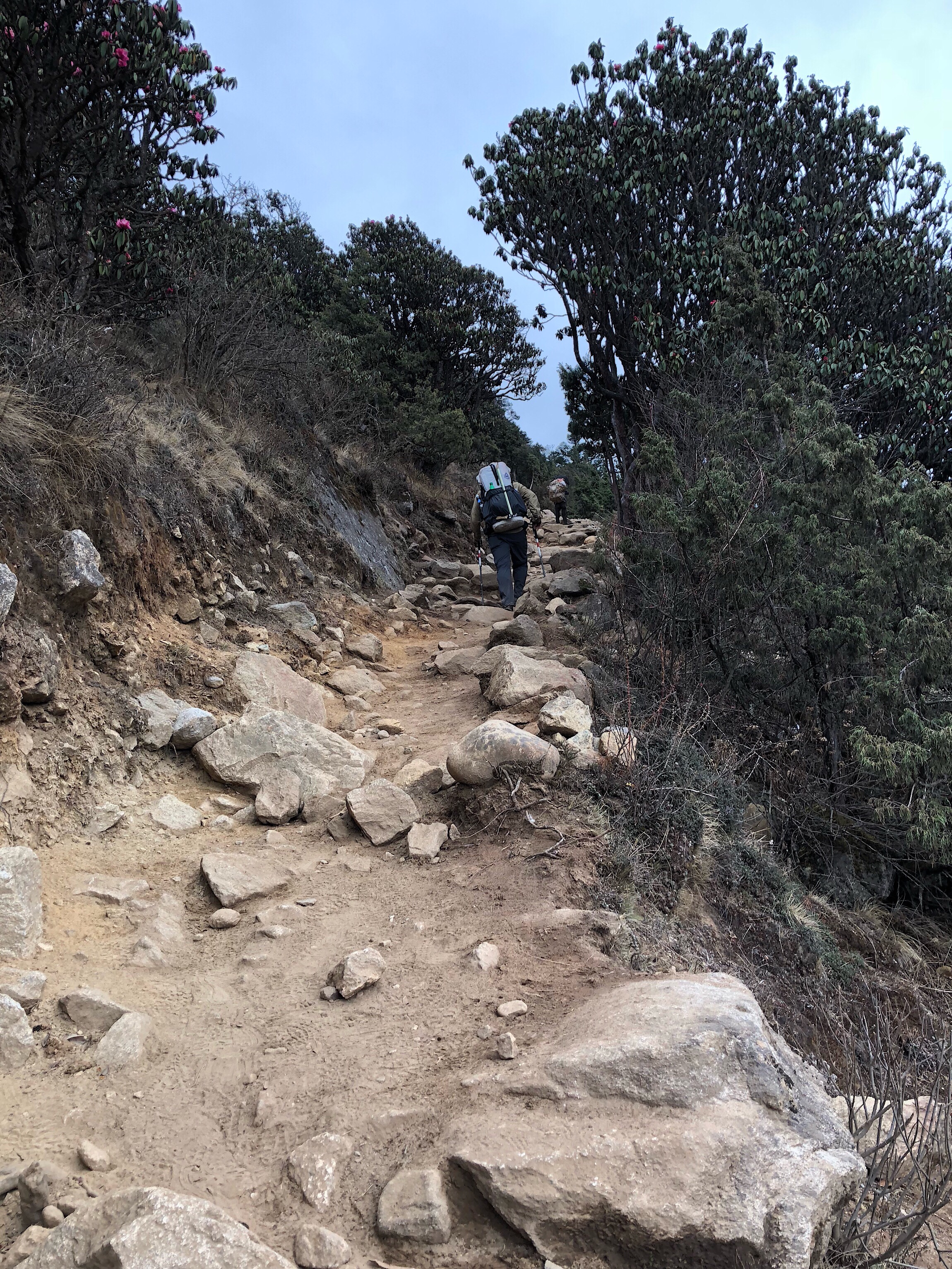 At about 3:30pm, we reached our destination of Tengboche. Since we are now overlapping the popular treks for Everest Base Camp and the Three Passes Trek, we knew finding rooms might be challenging. It was pretty packed in Tengboche because there is a monastery there that many like to visit. 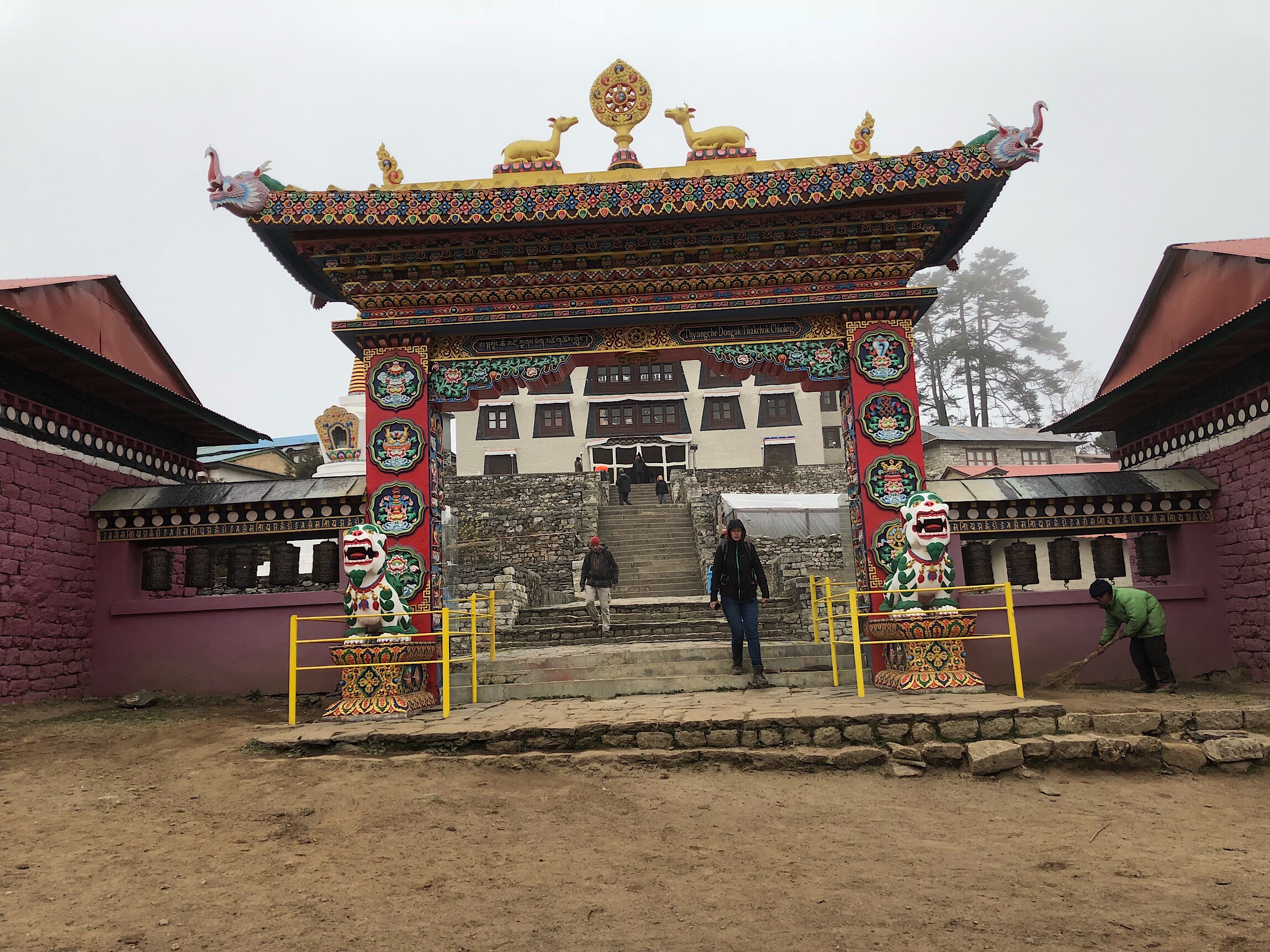 Snow flurries were coming down, and temps were dropping. Our only option there was a single and a shared bed in a loud congested place. We were turned off by the hoards of people, and decided to walk on 15mins more to the hopefully less congested Debuche. There was a risk we still wouldn’t find rooms there, but had our tents if it came to that. This leg of our trip is about 12 days. We are carrying food for much of the middle part, and don’t want to deplete our supply, so the plan is to eat at the teahouses the next few days. Fortunately, two rooms were open at the Everest Rhododendron Lodge that we took. 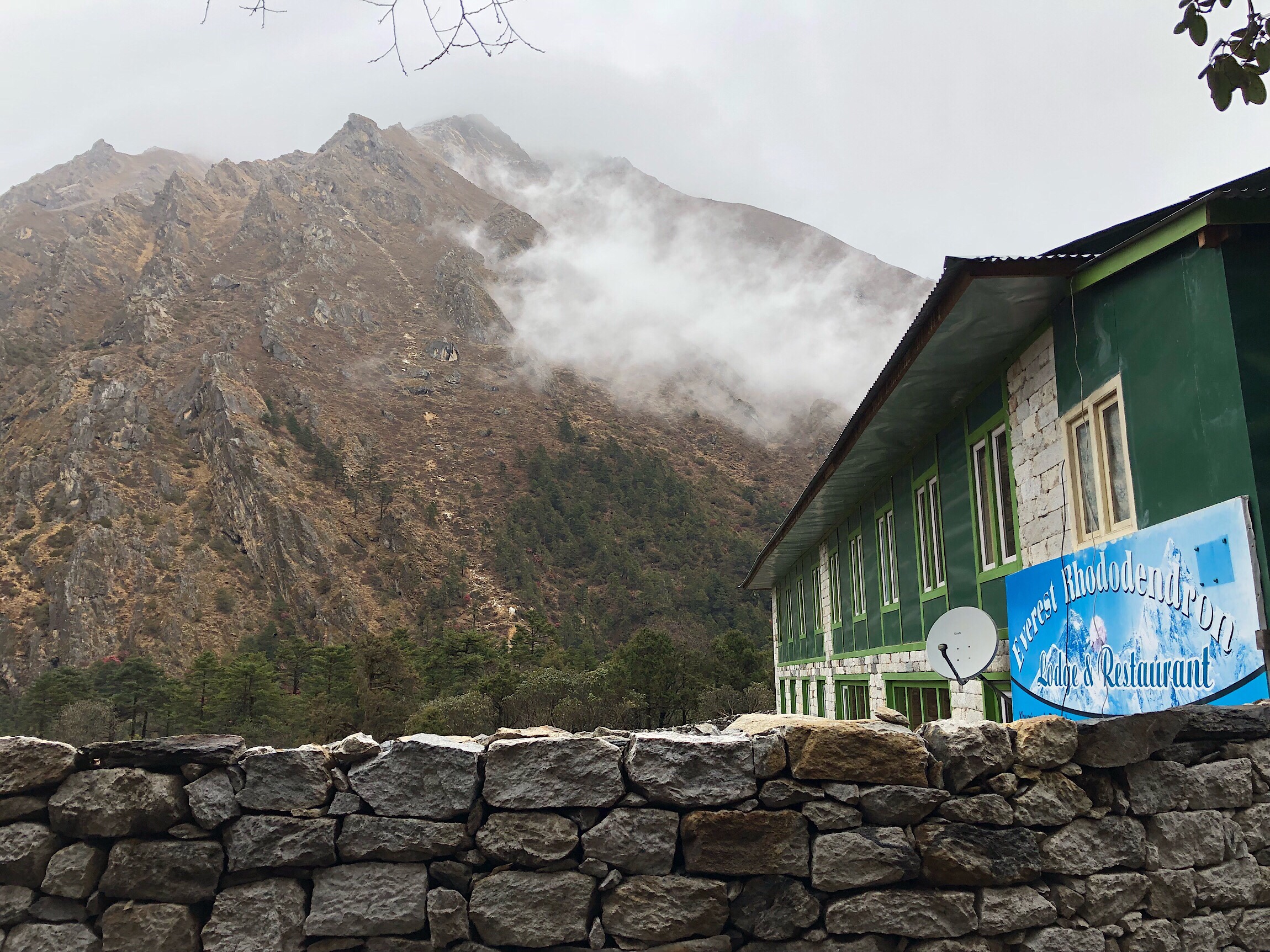 We are back up high with near freezing temps at 12,360ft/3767m, so the down jacket and down booties are back! There is still some cell service as well, so it’s good to get a few messages out. This place has little noise insulation, and we got the near last rooms near the bathroom, so it will be interesting to see how we sleep. My hunger is still massive for some reason. I ended up eating two full plates of spaghetti for dinner. I love spaghetti and am having no self control with my eating lately. I must need it.

Griggs was just in this area a couple years ago, and can’t believe how much things have changed just in that short bit. Things are growing fast out here in the Everest Region.