Day 4: A Rest Day In Ghunsa

Today had to be the purest zero I’ve ever taken. It was a true rest day. No errands to run, calls to make, or resupply to buy. Just REST! The day was spent at the Selele Guest House in Ghunsa. I slept fairly well last night, and actually woke because I think I finally caught up on sleep. I got up about 6:30am and was excited to see the view of the surrounding mountains covered by clouds last night. What a great morning. I’m glad I got a chance to see it because it wasn’t long before it was covered in clouds again. 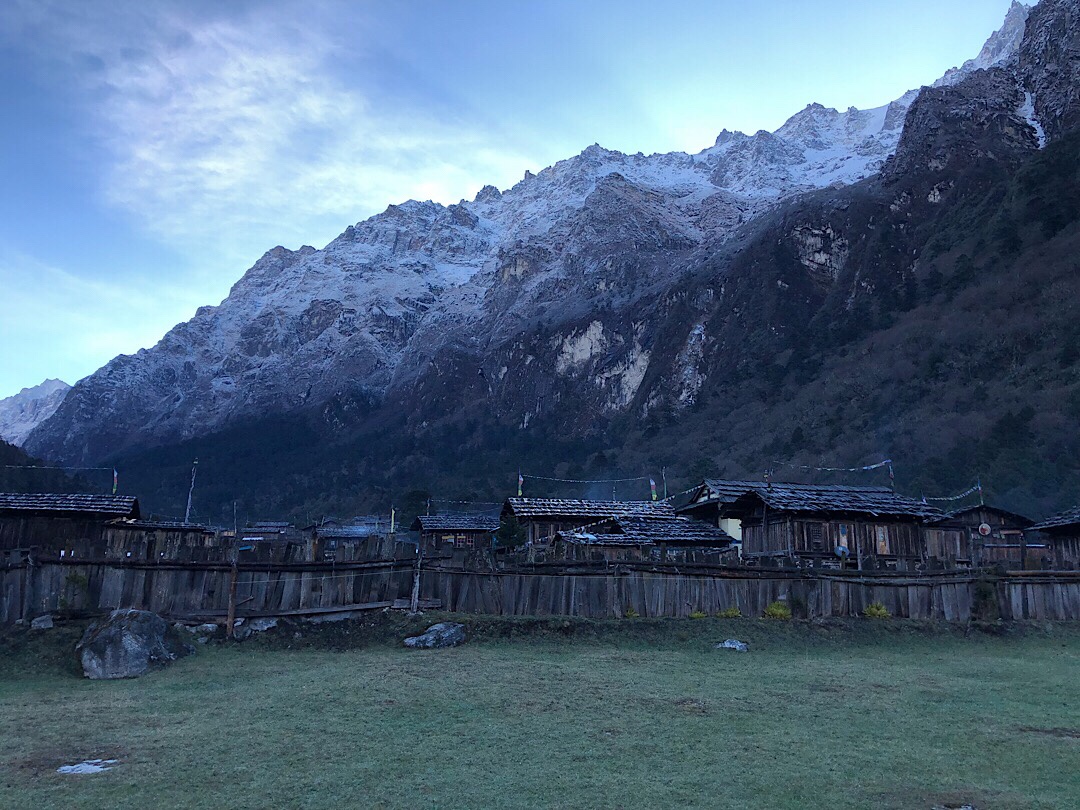 Buck-30 came out at about the same time and let me know that he too was having stomach issues. WTF!? He felt like he was going to puke at any moment and it had built overnight. He decided to just start taking the cipro now figuring it couldn’t hurt and at least he had 24hrs to get a jump on it before we start hiking again tomorrow…then 10mins later, he threw up, so he took the second of six doses early just in case the first one didn’t stay down. It was just me and Kishor for breakfast. It’s really cool to watch the routine of how the wood stove is made the right temperature, and how well they can cook over it. Watching the chapati bread being made was fun. First up top on the frying pan, then it is held down low near the heart of the fire and balloons up full of hot air to then come out and deflate into the pita type bread it is. The woman making the food was very fascinated to see the photos I took of her. 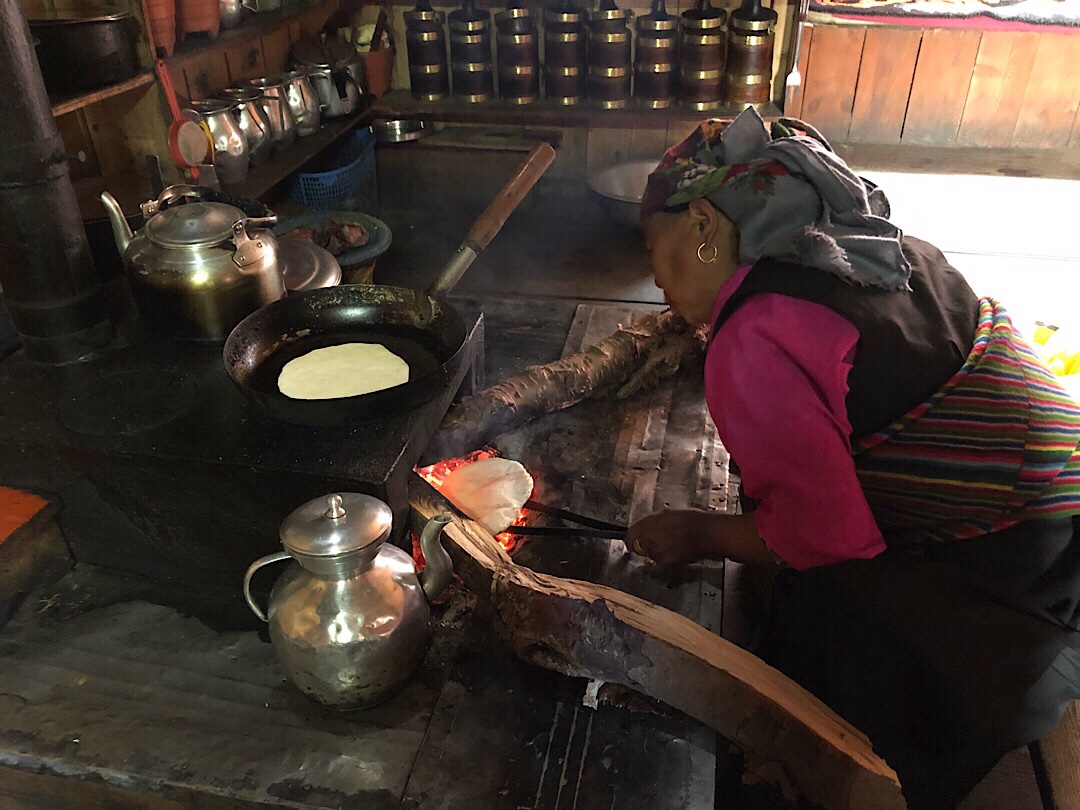 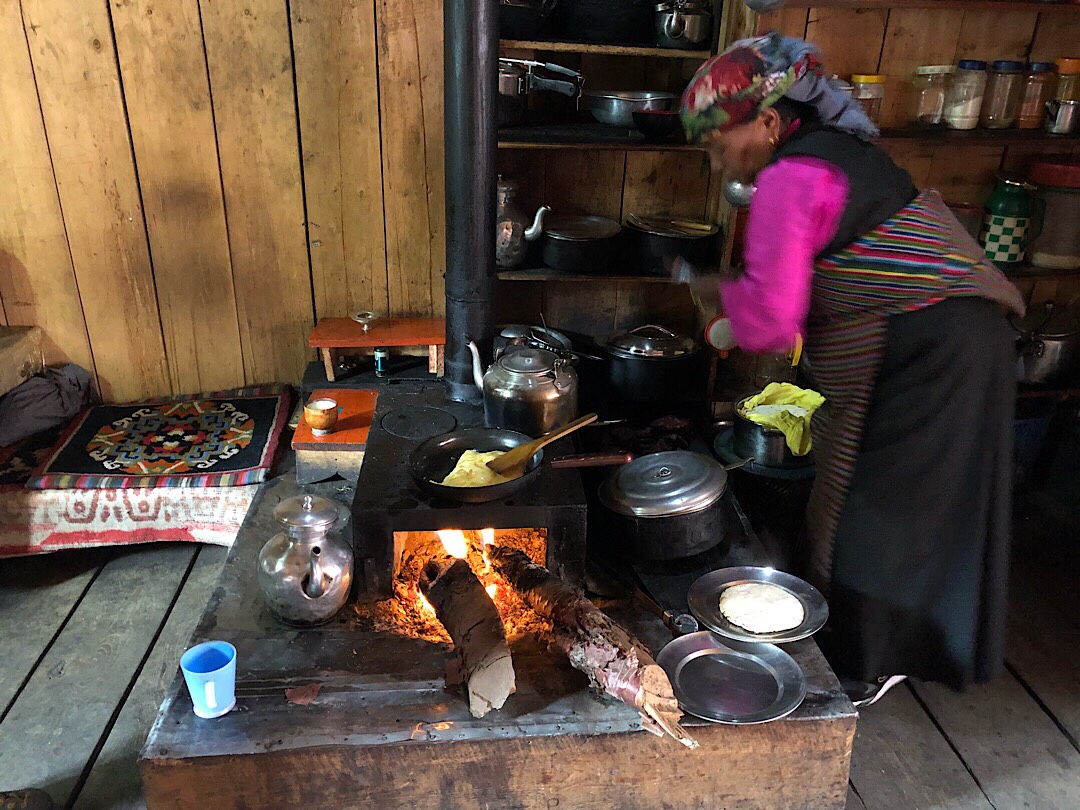 Griggs didn’t emerge until much later and was not good at all. Still no puking, but exhaustion, nauseous on and off, loose stools, and possibly even feverish with chills. It’s just relentless out here. As the day went on, both ate a bit at lunch and dinner. Buck-30 is hopeful his is improving and was able to eat more than expected for dinner without a bad reaction. Poor Griggs is just hanging in there not sure what he even has.

So, while the guys slept most of the day, I slowly got caught up on the last few days of photos and journaling. I was so out of it from the start that I basically jotted down some notes each day to eventually come back and fully write knowing this zero was coming. It was really great to be lazy about it and just do bits here and there. 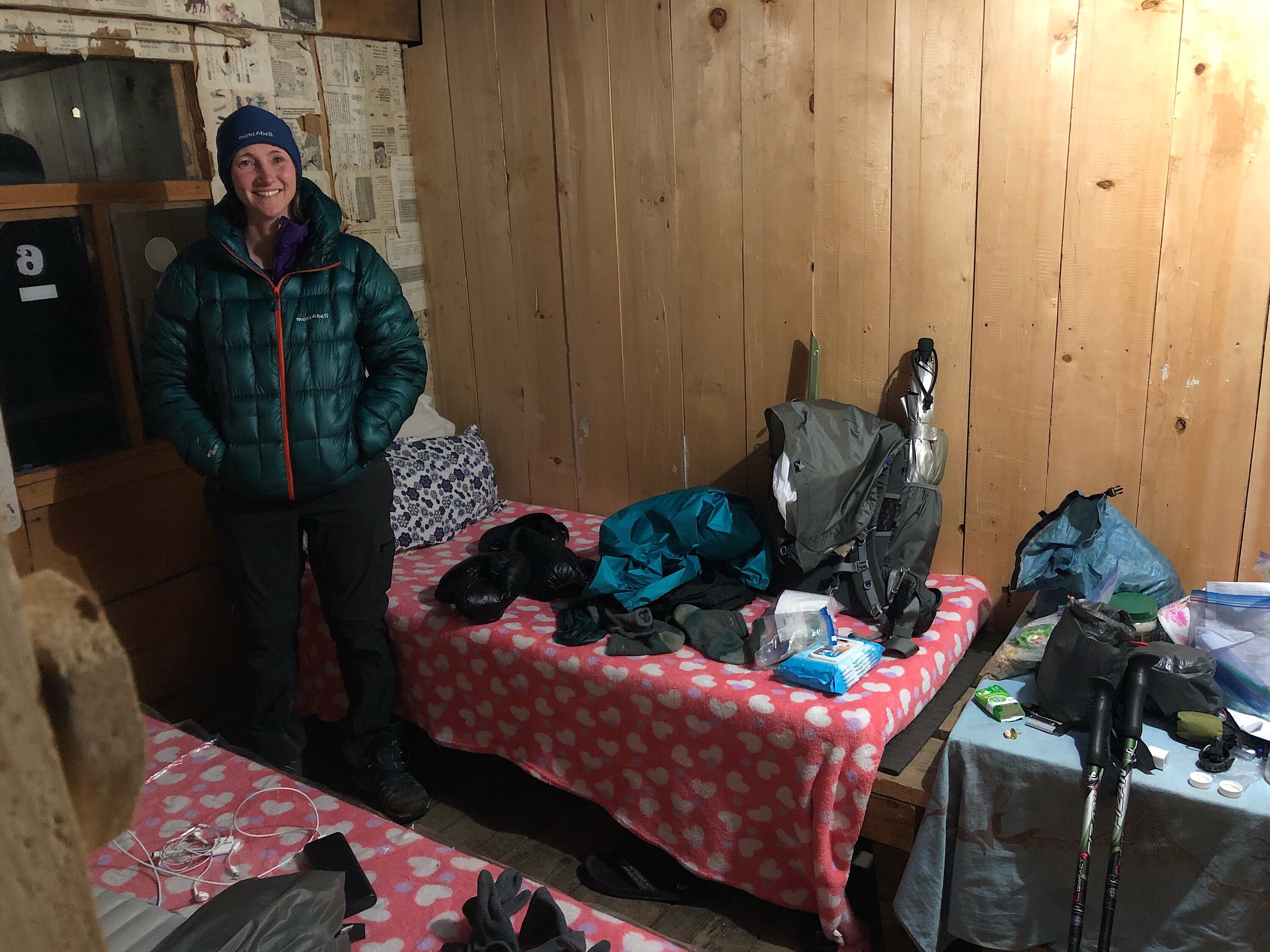 Every so often, Buck-30 would emerge and hang out for a bit. I mostly alternated between my bed and the dining/kitchen area when it was being warmed by a fire. I was in many of my layers all day. It was barely 50F/10C, so it was cold sitting still. It was great to have all my layers, and good practice for the real cold ahead. This is nothing compared to the upcoming days.

I walked around the village of Ghunsa for about 45mins. Just checked out the, school, two small stores, and the monastery. This morning, I was bummed that I missed the kids at the school practicing a routine. The small stores do sell random prepackaged food, candy, or basic supplies. Our teahouse does as well. We stocked up on more toilet paper, and I’m realizing I’m going to run out of hand sanitizer. That isn’t sold out here, so I bought a bar of soap. I’m using a ton more hand sanitizer than I ever have before. I’m super paranoid for good reason.

When I went by the monastery, they were beating drums that could be heard throughout the village and candles were lit. Much of what we see, we hesitate to take photos of. Yes, this culture is unique to us, but there’s an aspect to taking a photo that makes it seem like they are zoo animals that makes me uncomfortable. They seemed fine with photos from outside the monastery, and I didn’t enter though was invited. I just didn’t want to intrude on the ceremony that was happening. 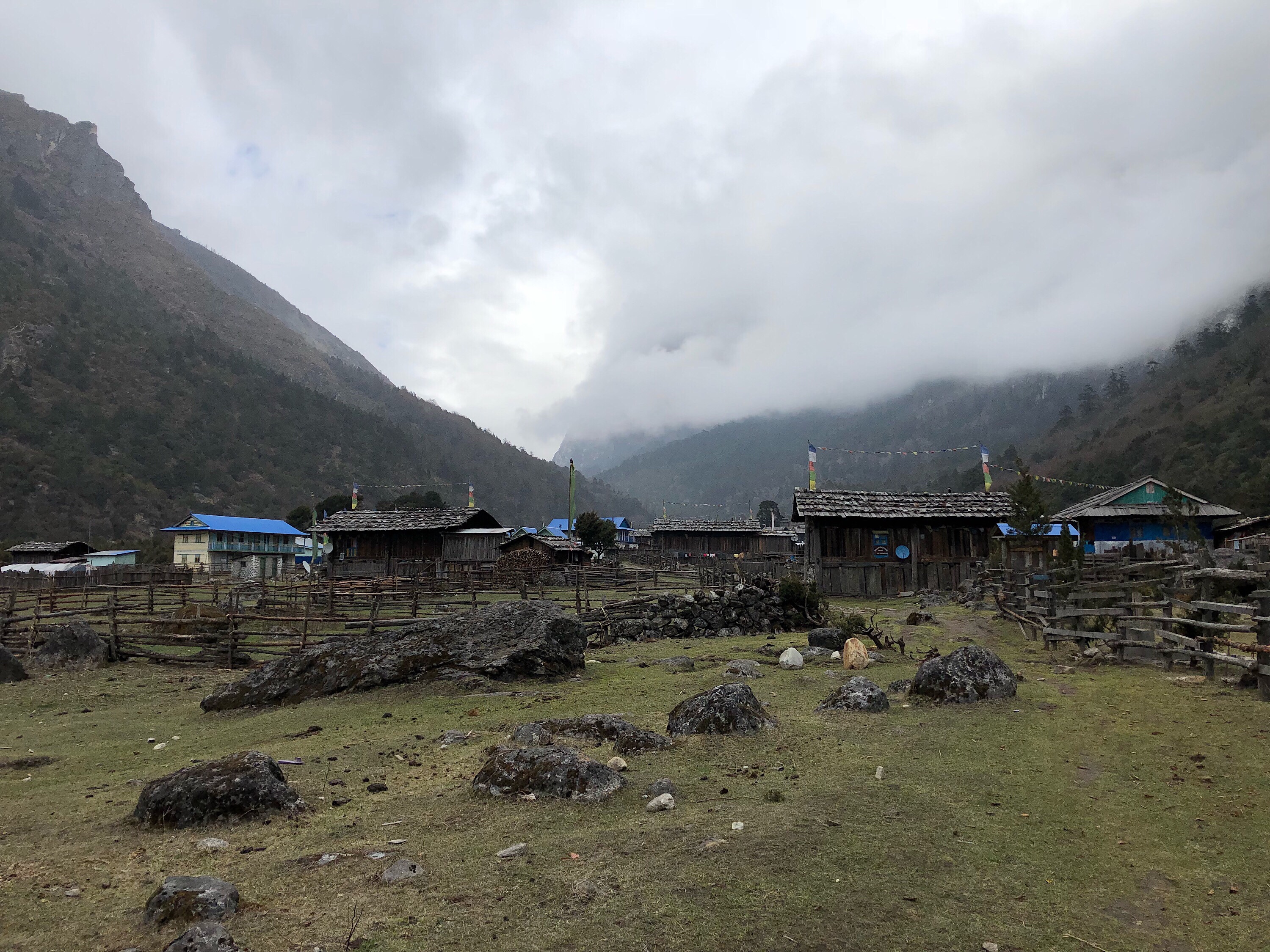 I also got a hot shower after 5 days of being sick. It was very basic, but it felt amazing to feel clean again! To describe it, imagine the spray hose some kitchen sinks have for washing dishes. Now, make the water pressure quite light. Yep, that’s the little hose I had. The water was warm and steamed off my body with how cold it was outside. I shivered through it, but it was oh so warm where the water was at any moment. It was totally worth it. Accommodations are cheap at $2/night. It’s the food that adds up, but still cheap at about $5/meal depending on what you order. The shower was $2.50. 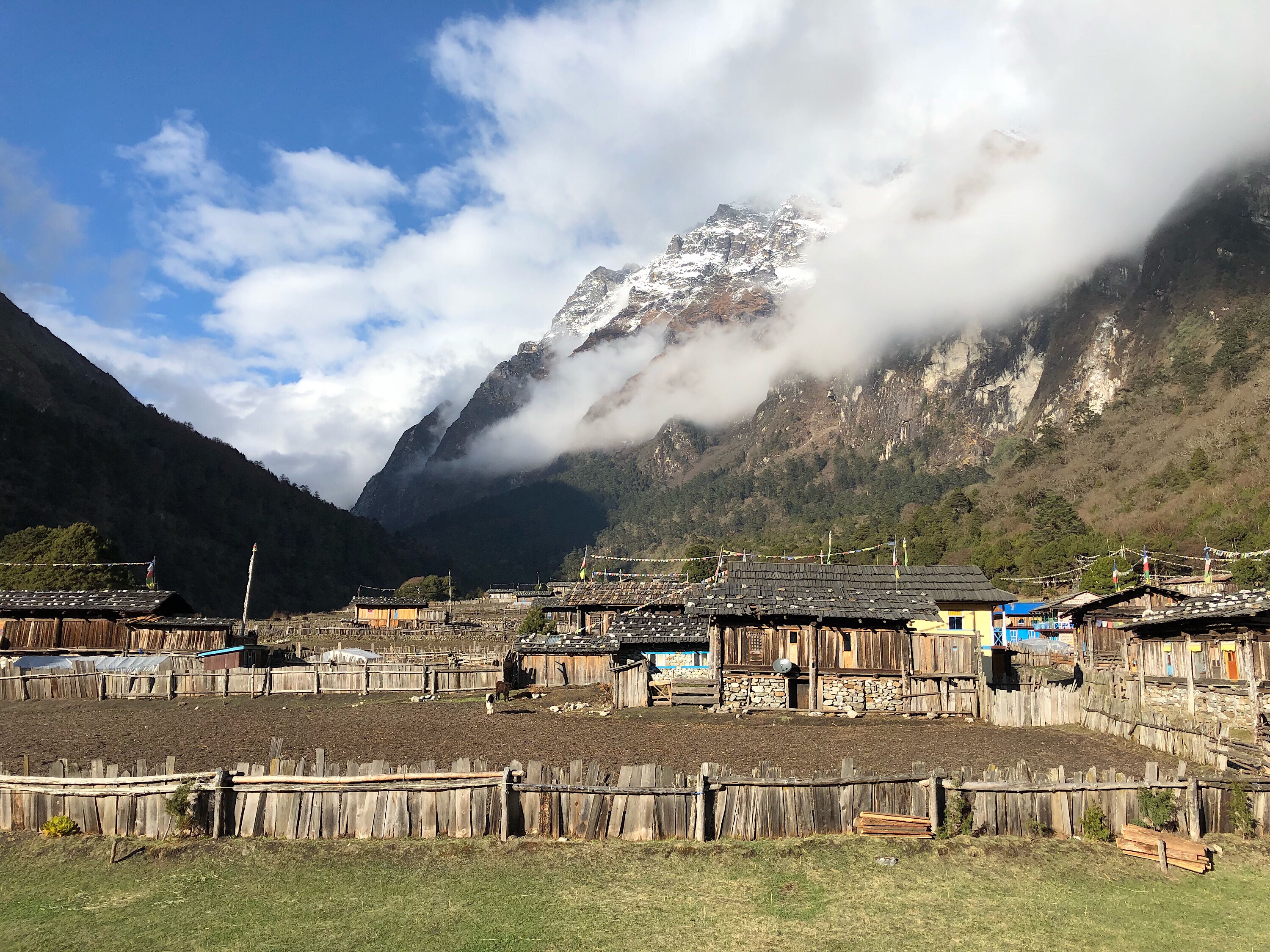 On a side note, there is a policed checkpoint here that Kishor took our permits to, and they were signed.

So, assuming the guys are ok tomorrow, we have two half days of hiking that each go up about 2,000ft/697m. Then, on the third day, we pop up to Kanchenjunga Base Camp at 16,873ft/5,143m and back down so we will not be camping over 16,000ft/4877m. We are basing our strategy off of a few previous hikers who seemed to do this successfully, so we will see. None of us seem to be feeling the altitude yet, but Buck-30 and I may take Diamox knowing how high we are going just to be safe. Griggs has been that high before and didn’t have issues, so likely will not. We are just hoping the rest today did all of us enough good to be able to all continue on to Base Camp. We now get to drop our 15lbs/5.6kg of food, which we won’t need to carry until we come back through here in about 5 days. That’s going to be a big relief! The guidebook says tomorrow is the most scenic day up to Kanchenjunga Base Camp, so let’s hope we all can enjoy it!