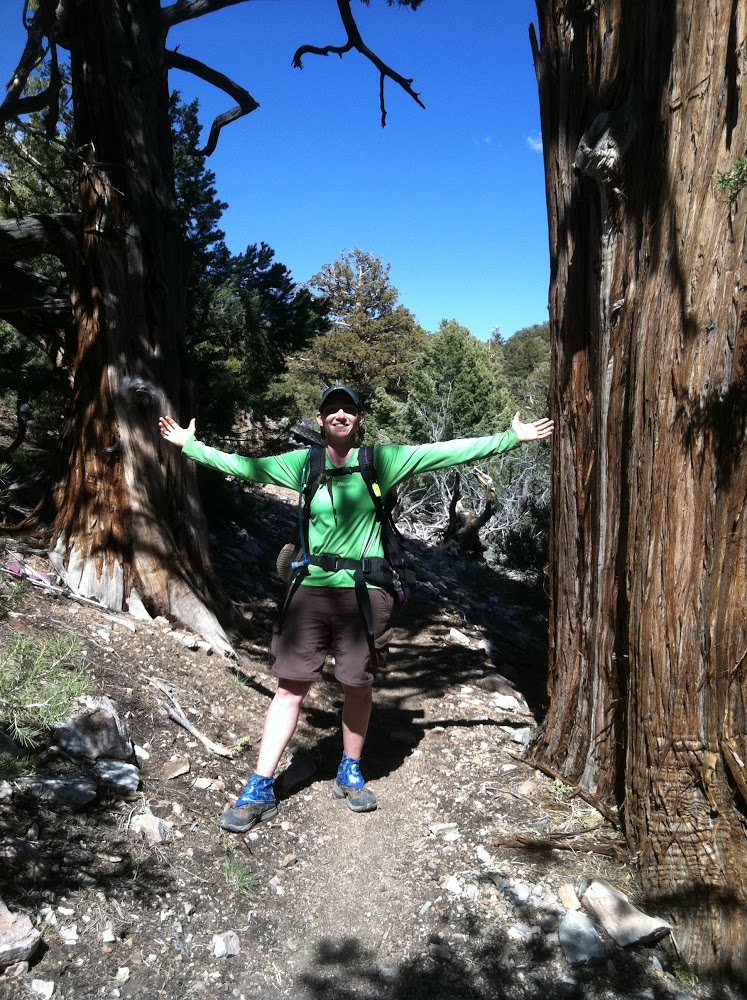 Whoa! Today was great! Top Shelf and I got moving by 6am like we usually do. We knew we were about 30mi from Big Bear City and we had accepted that we’d get there tomorrow morning, so we weren’t pushing it. It was great cool mountain weather and we finished the last 3mi of the steep ascent to our high point around 8,500ft. As we topped out, I checked my phone and finally had service after almost two days. I was checking my messages and when I came around the corner, Top Shelf was excitedly sitting by the trail on the phone. He was also going through phone withdrawal. We took about 30min to catch up on our phone calls and by then, some of the other hikers started coming by. Top Shelf continued on and I walked on my own for a couple hours. I LOVED today’s trail! A winding gradual down with great views and beautiful trees for shade. I was so glad to be out of the desert! Here is a picture of today’s trail and another with a view of the canyon we hiked up yesterday. You can see Whitwater River in the distance. 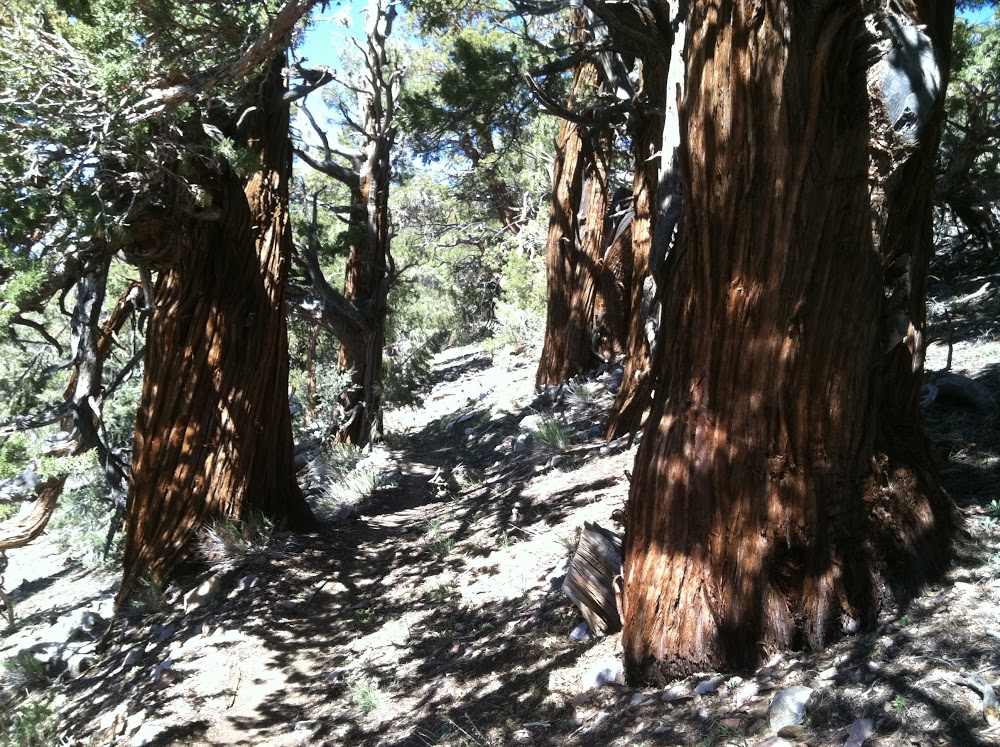 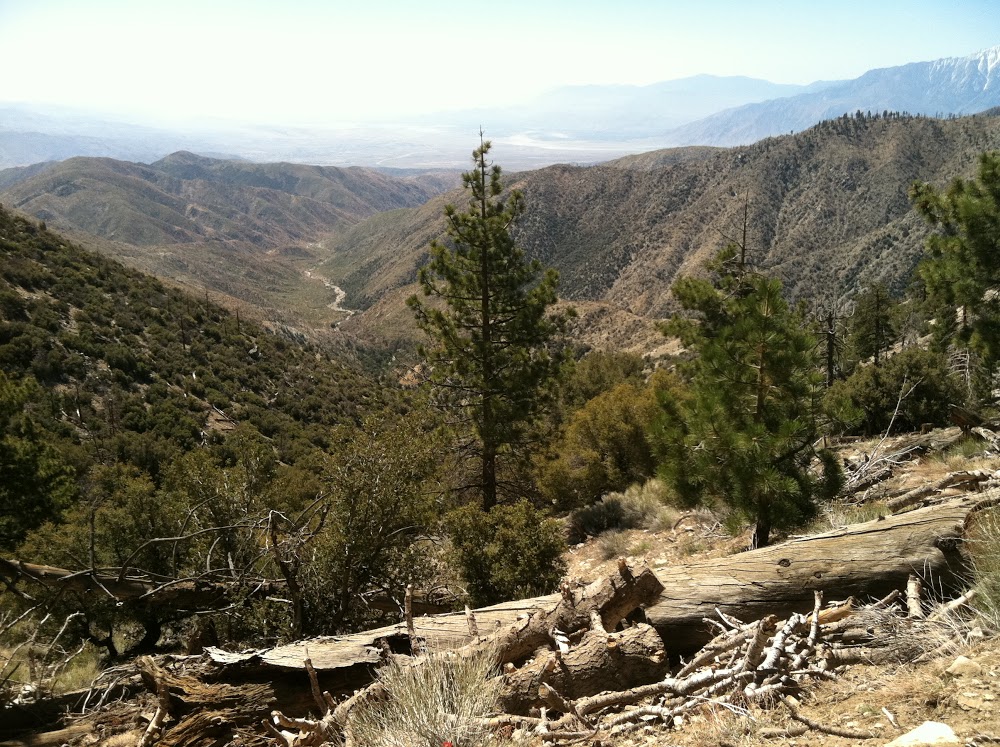 Around 11am, I came around a corner and heard voices in the distance. Then I saw a tent and hikers…trail angels! I came down and met Tim and Sonya. A couple who just happened to come out camping for the weekend and found themselves camped right where hikers come by throughout the day. They hadn’t planned on it, but they became trail angels. They gave us granola bars, strawberries, raisins, and some awesome sweet tea. About 10 hikers gathered while I was there and it was just what we needed. Thanks Tim and Sonya!

Then the group continued on and spaced out. I hiked a few more hours to the trail magic left by the Big Bear Hostel and again, most of us gathered. Here’s a picture.

It was great food! I had a banana and some chocolate creme cookies. After the two breaks already today, the third one was making me antsy. It was an awesome day and I was finally feeling good again after a rough couple of days. I got up and decided to continue on while the others relaxed. A bit later, Top Shelf caught up with me. We were remarking on how awesome we both felt and then started to realize that if we wanted to, we could end up in Big Bear today! It was 4pm and we still had just under 10mi to go…and we had already done about 20mi. We both felt amazingly energized and decided to go for it! What’s with us and doing big mileage into a city!? I loved this section of trail so much that I couldn’t help filming a video with the SticPic.

We flew through those miles and were at Hwy 18 by 7:15pm. Our feet were yelling at us and our stomachs were yelling just as loud. We attempted to hitch a ride for awhile and Top Shelf called a taxi and sat down because his feet were really hurting. I decided to keep trying and a couple actually pulled over. Their names were Jan and Rodger. They were great! They gave us a tour of the whole area, showed us where good places to eat would be, and helped us find the shelter.Thanks Jan and Rodger for being such great hosts!

Top Shelf and I decided to eat at a pasta place and then we headed to the hostel. I stayed up late journaling and Top Shelf actually had the energy to go out with some of the other hikers. Quite a day! We are looking forward to a nice zero tomorrow. There is a front coming through, so it looks like we’ve dodged another one!