Whoa! So much happened today and I took so many pictures that I have to split this into two posts so that my phone will load it.

We started out with a fairly cold morning, but managed to dodge the rain! We started hiking with Punisher and Cow Bear. We wish they hiked our pace because we really like hanging out with them the few times we overlap. Within a mile of us starting this morning, we bad our deepest ford yet that we had to wade through. It was COLD! Here’s a pic of how we started this morning. 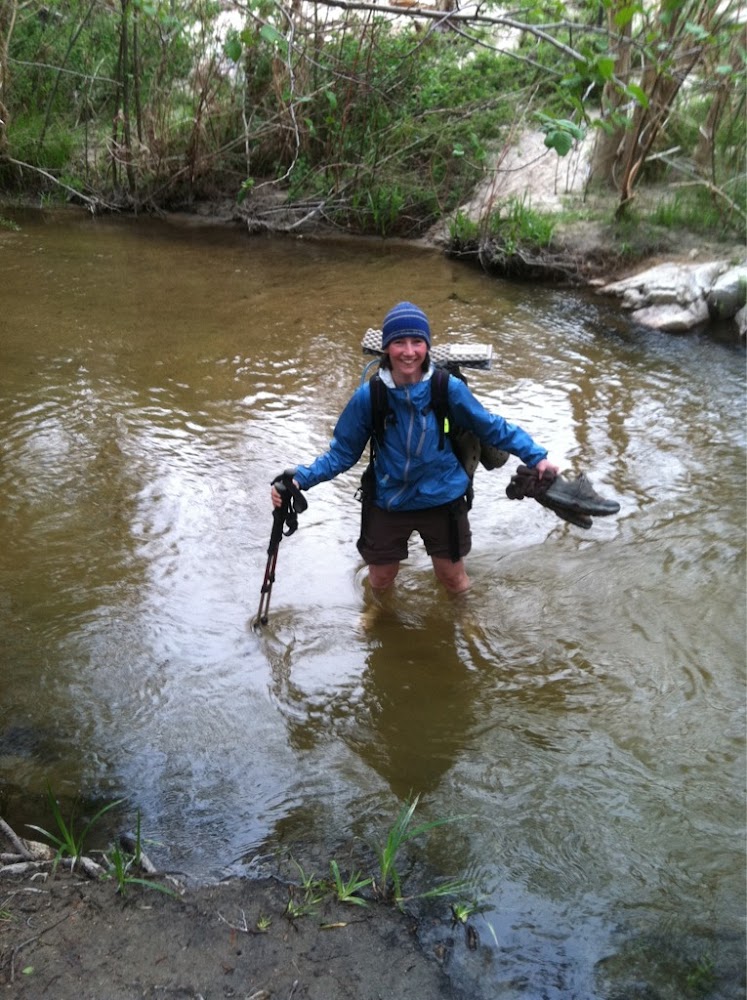 Then we watched as the clouds burned off and we chased a rainbow for an hour. 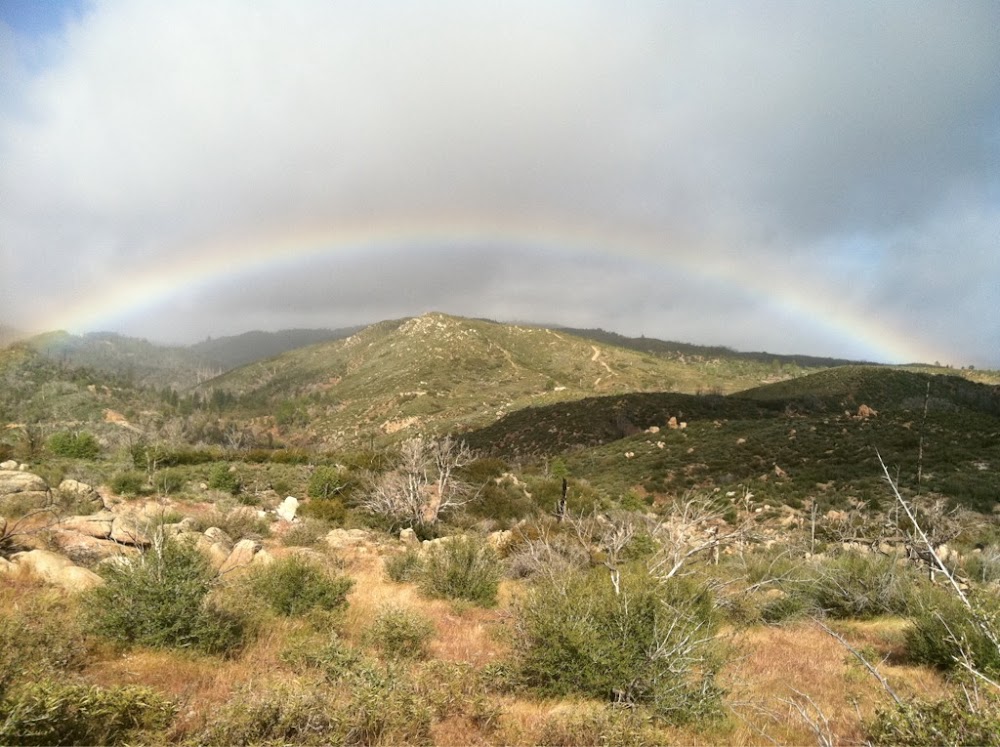 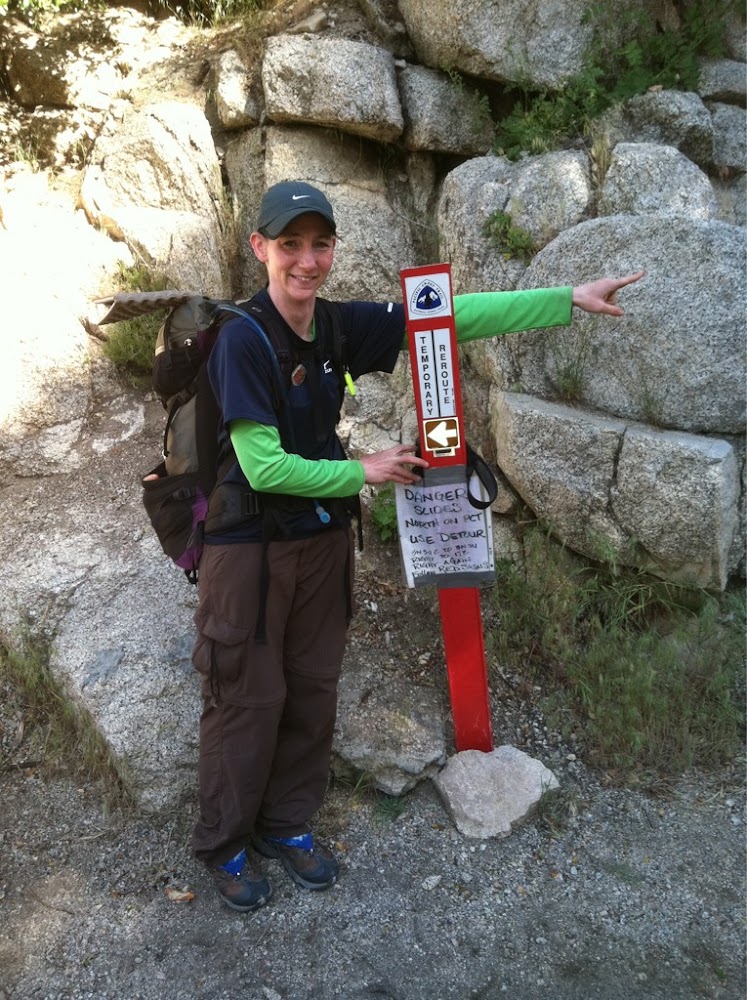 Then we noticed that we were coming up on the Deep Creek Detour that has us rerouted to miss ~16mi of some of the best trail of the PCT and a natural hot springs. The detour is a 15mi road walk. Word on the trail was that the trail was washed out in a small section and that it was passable, but not entirely safe. The PCTA strongly urges hikers not to go and to take the detour. I called my sister and had her look up and see if any other hiker had journaled about going through this year. She found one that had said it wasn’t that bad. We decided to go for it and that we’d just backtrack if it was too dangerous. We had to try. We ran into Drop Dead who was the one person we knew was ahead of us and he was also not taking the detour. We left a predetermined symbol(star) on the trail so Punisher and Cow Bear would know what we decided to do.

The trail was GREAT! I can’t 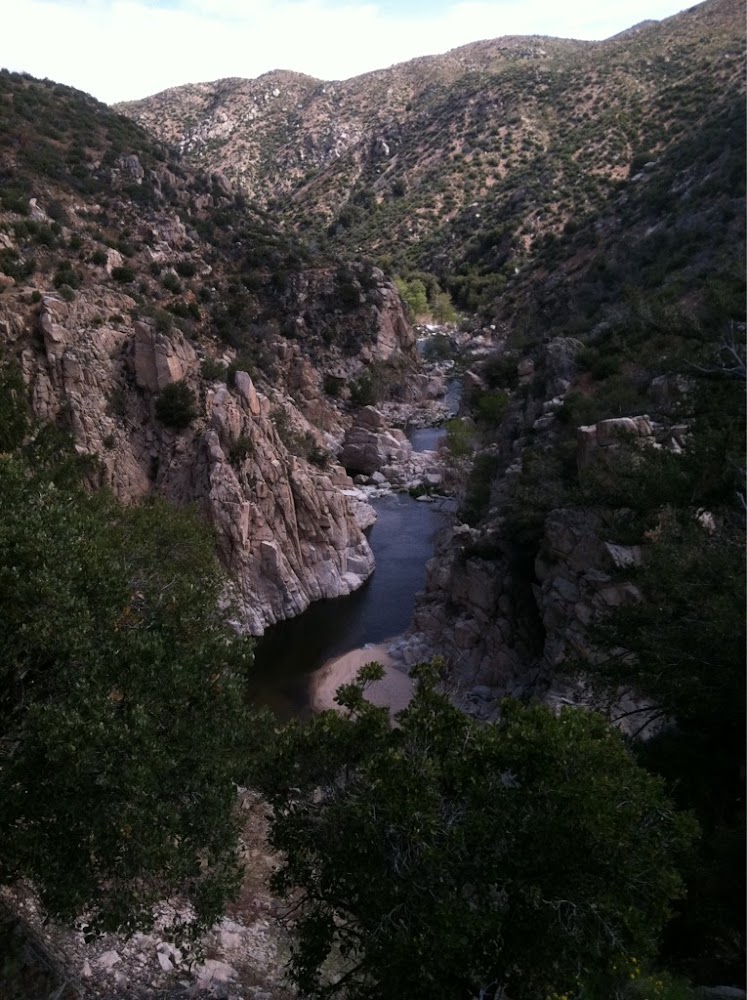 believe how much was contained in those 16mi. Beautiful winding trail that overlooked a canyon with the beautiful Deep Creek running below. Then there were huge green hills around us. I took a SticPic video that I will post in a couple weeks, but here’s a sample.

Just before we got to the hot springs there was another ford. It was shallow and fairly wide and the rocks were too rounded for my comfort. I decided to take off my shoes and go across. Right when I got to the other side I lost balance and dunked my shoes(which I was stupidly carrying) in the water. Lesson learned. Urgh!