Let me just begin by saying that I am typing this entry while lying in a hammock. 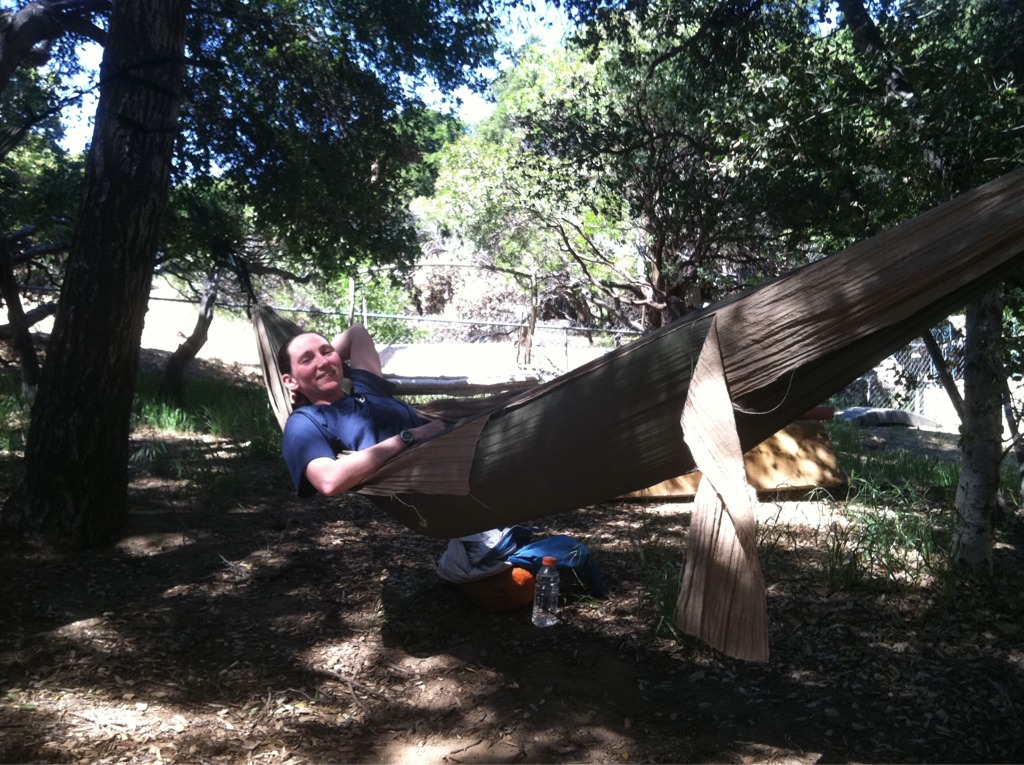 I had some apprehension about coming to the Andersons because of the stories about parties and wild antics. I was pretty tired at the end of the day yesterday and left out a good story from when I hit the road to the Andersons yesterday. I was waiting with another hiker named Pine for the rest of my group so we could get a hitch. A woman in a van was parked there and asked if we needed a ride. She had overheard me reasoning if I should camp at the trail or go to the Andersons. I asked her if she had heard of them and she said it was a weird place. That really had me even more hesitant. Then the woman started laughing and admitted that she was Terri Anderson. She gave us each a big hug said and that she was totally messing with me. She reassured me that I could find a quiet spot and that she’d bring me back to the trail if I needed. I am so glad I decided to go! This has been a true zero!

After two nights of difficult sleep at the Saufleys, I was worried about a third rough night. Last night was awesome! They have a trail that goes back behind their house and I was far enough back that I didn’t hear a thing. I finally got some sleep!

In the morning, Joe Anderson made everyone pancakes. I was antsy to leave, but Blister and Top Shelf wanted to stay for a zero. There are a bunch of people coming in today from the Saufleys and it should be entertaining. A group is attempting the 24mi challenge, which is having one beer per mile all the way here. They’ve been talking it up all week and we were all waiting to see who made it. About three of them made it today and a chunk of them couldn’t do it and will make it in tomorrow. It has been a great day though. The most restful day I’ve had in months! There is wi-fi, but no phone reception. It is perfect for me because I’m free from calling people and I’ve been able to watch shows practically all day. So great! Here’s a picture of me with Terri Anderson and the great taco salad that they make. 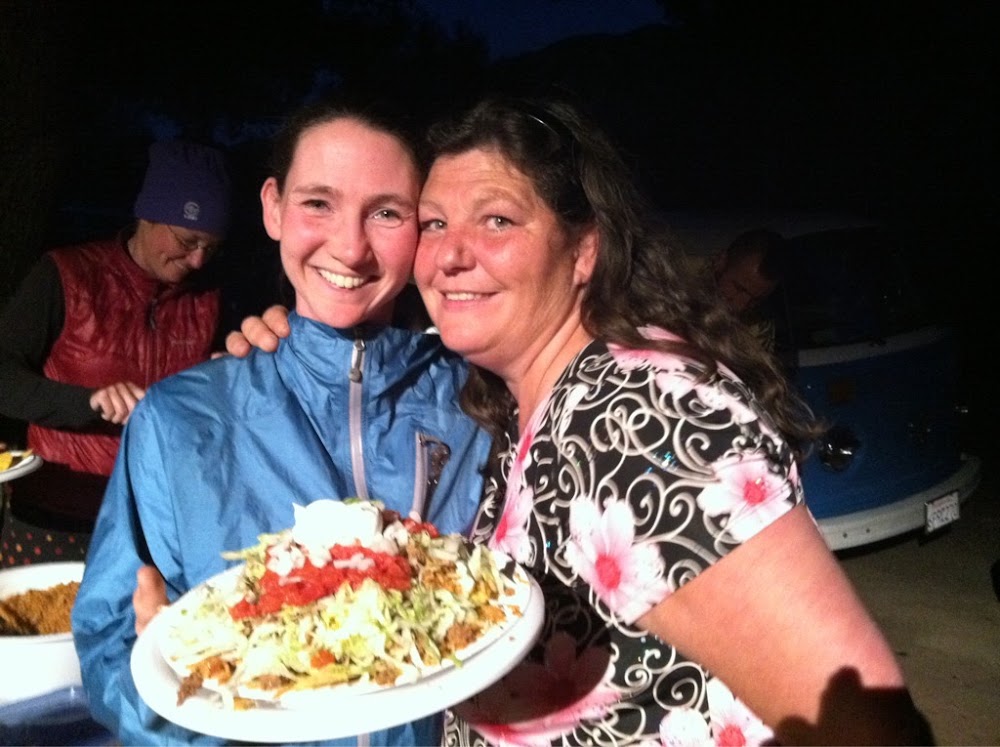 And here’s one of all the hikers having dinner at “Casa de Luna.” 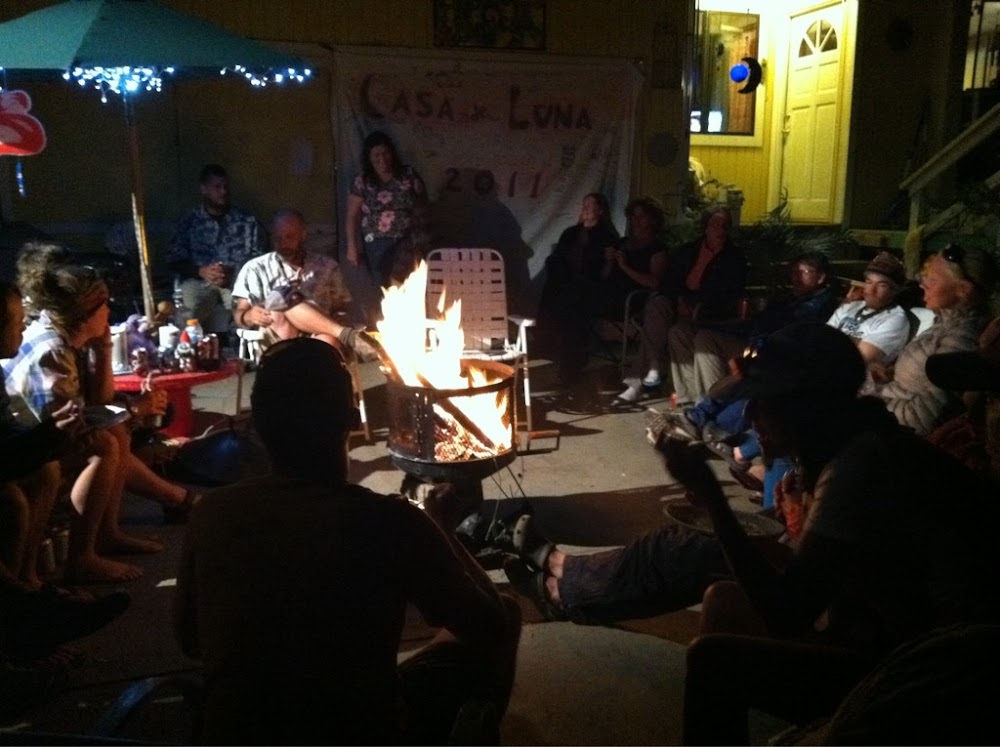 I am a bit restless, but again, this is part of the trail and my body has been working pretty hard. We’ve discussed it and we are well ahead of the herd. We’ve done this well because we aren’t pushing unnecessarily. I know one day here or there will only make the difference of a week tops by the end of this, so it’s okay. Rest is a good thing…sometimes:) You can see here that Top Shelf would agree with that too! 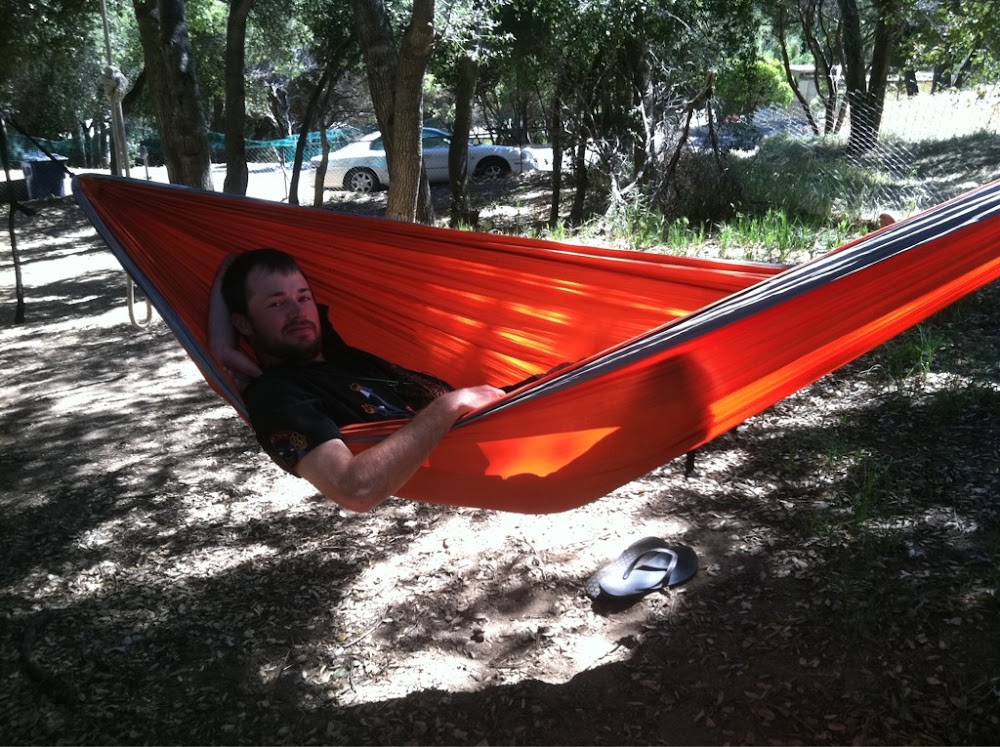