My TV loving self has been waiting excitedly to say I made it to day 39 since that’s how many days Survivor lasts on TV. Yay! It was a day to remember too.

I awoke to spits of rain around 4:30am and realized we were in a cloud. Poor Furious and Turbo had to jump up and get covered because they were camped in minimalist tent and cowboy camping(just a sleeping bag). It was in the 30s and I did not want to get out of my bag. At 5:30am Blister was already leaving and I asked Top Shelf if we were sleeping in…sadly the answer was no and I had to get up. Waiting around wasn’t going to change the fact that we were stuck in a blustery, cold, damp, cloud. I was the last one to leave camp. I couldn’t even brush my teeth or take my morning bathroom stop until after I warmed up after hiking over an hour. It was cold and blustery for over two hours and then the sun broke.

I made it to Walker Pass by 11am, just 15mins behind the guys…almost caught them! We had heard there was a trail magic tent set up over the weekend and thought it would be gone, but it was there! Fellow 2011 hikers Mama Moab and Jayhawk(only 12yrs old) were volunteering and making Quesadillas. I was happy to also get a Gatorade and eat 10 Oreos! 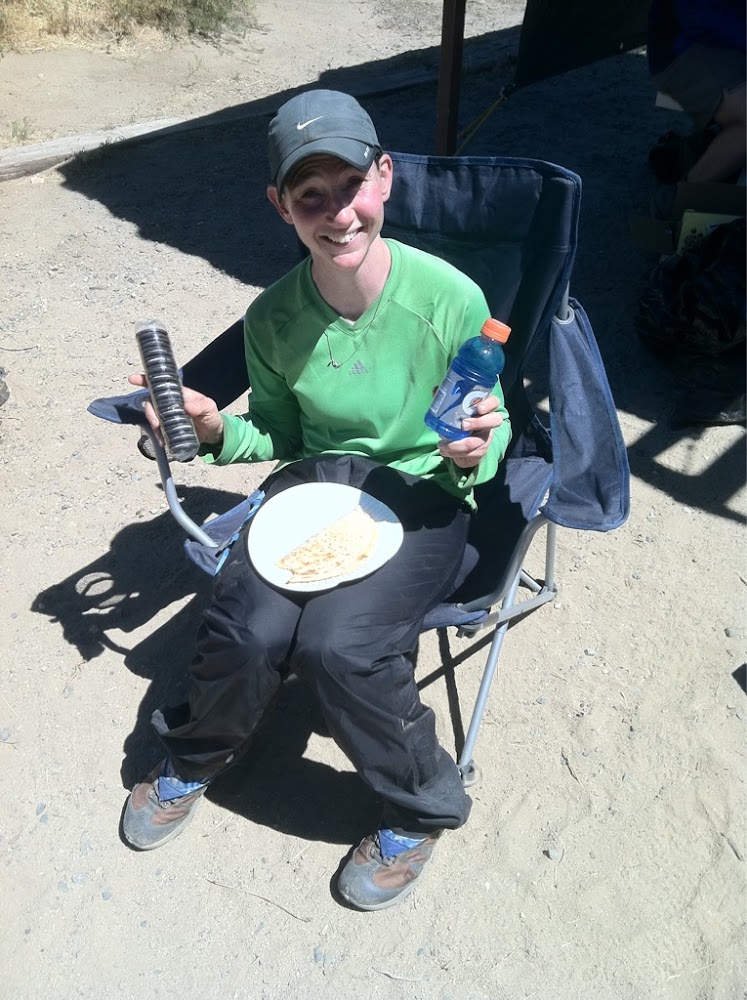 Mama Moab and Jayhawk are doing California this year and are already at Kennedy Meadows because they started in March. They filled us in on all the horror stories from Kennedy Meadows of hikers piling up waiting another week or so to head into the Sierras. Apparently hardly anyone has even attempted to get in there yet and many bikers are still waiting on delayed boxes due to snow closed roads.

Afte this news, Blister gave in and decided to head into town with us. Okie Girl was there and giving rides to hikers needing the 17mi hitch into Onyx for mail. We needed that and then decided to go all out and get a motel room in Lake Isabella another 17mi further where many hikers choose to stay.

I am now sitting here fully showered, having eaten at a Chinese buffet, and done my resupply shopping. It feels like days ago that I was getting out of a wet, cold tent and it was only this morning. Top Shelf took this opportunity to celebrate that we are almost a quarter way through the trial by eating a quart of ice cream today. I was proud to finally get a pint down. When in life will we be able to eat like this again!? 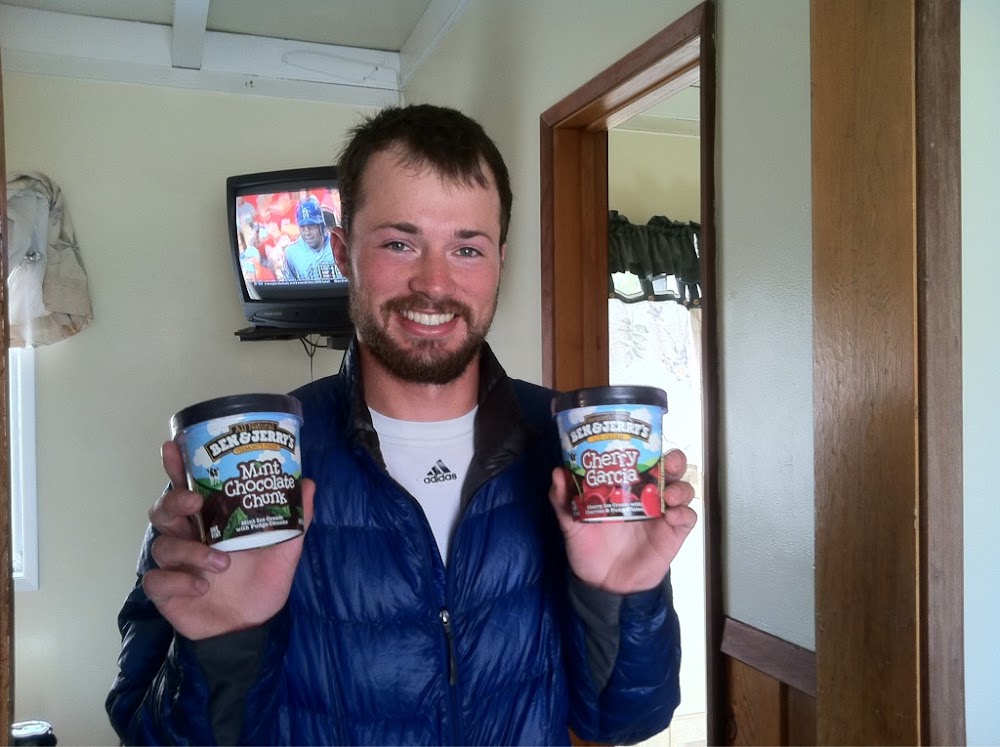 Earlier today and last night, I talked with Turbo and Furious about the possibility of teaming up onthe Sierras. They started 5 days after us and are already up here because they have only taken 3 zeros. They both met last year on the trail and did this section last year(including the Sierras). They are excited to have time to do the whole trail this summer. After leapfrogging with them yesterday, we found that the five of us are a good fit. They are not stopping in Lake Isabella, but are really hopeful to meet up again in Lone Pine in about 5 days and do the Sierras together if possible. Since none of us have been in the Sierras, their knowledge would be invaluable and they have great calm demeanors, so we are going to work hard to get to them in Lone Pine and make it happen. I was doing additional research (since I’m freaking out) in a trail journal I followed last year of triple crowners(PCT, CDT, AT) Cubby and Boston. I was reading their experience and out of nowhere they mentioned hiking with Turbo and Furious. Such a small world!

This little world we are in is so crazy. Everyone overlaps and comes in and out. Even today, we are roomed next to Pounder and Chili who we roomed with in Big Bear and have been randomly seeing ever since. We met Safari today who said he started the same day as Turbo and Furious and he’s been seeing Wired just ahead of him on the trail journals the last few weeks. He was floored to see it was me and not some huge amped up guy. We ate lunch with him. Just a bit ago, I was sitting on the bed journaling with the motel room door open and Okie Girl’s truck pulled up. Balls and Stumbling Goat were in it and Balls yelled out, “Get off the computer!” Everyone found it hilarious how perfect the name Wired is for me. I’m really liking this crowd and hope the good vibes continue!

Warning: I’ve heard I may not get reception til Lone Pine so it could be up to five days before I get those posts up, but they’ll come. Also, still working on getting a spot. It wasn’t at the post office as promised today and I might not get it til Lone Pine:( Don’t worry, I’m with a group and we take care of each other, so I’ll be okay.