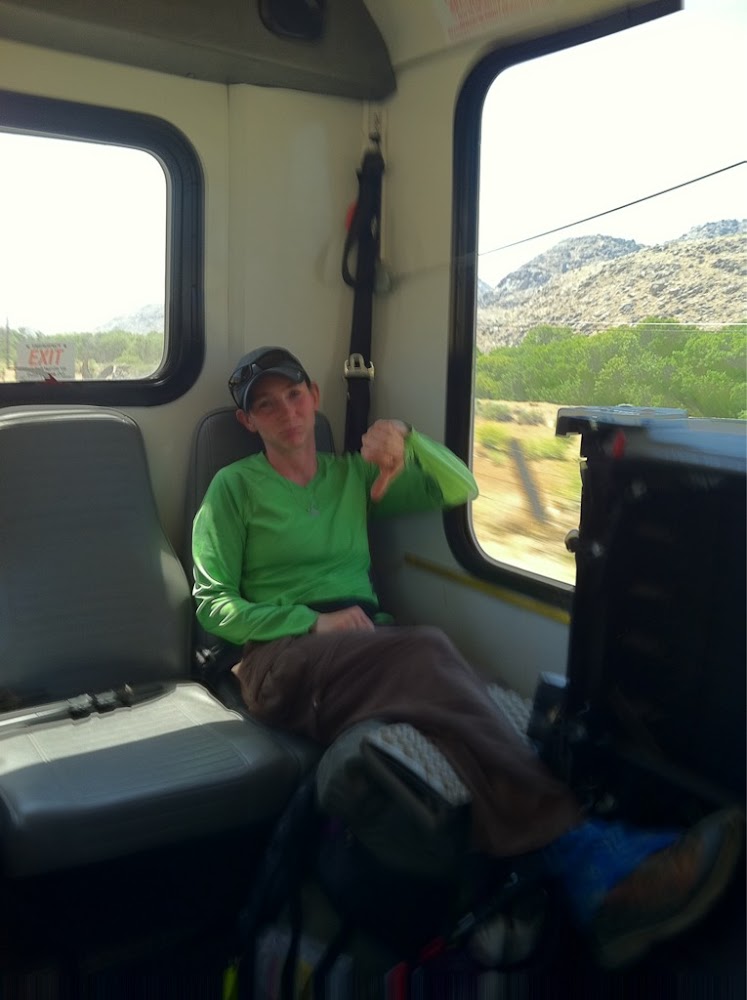 We are really loving this unplanned town time. With all the snow and cold temps ahead of us, we are in no hurry to leave our last warm indoor place for the next ten or so days. We needed to take the bus back to Lake Isabella and had to decide on either an early morning or late morning bus. I was very happy to hear that the guys wanted to sleep in and take the later bus. Getting to the trail today took 5hrs and went like this…Dropped off the rental car, got a ride to the Bakersfield Transit Center from the rental place, took a winding 50min bus ride to Lake Isabella, took another winding 50min bus to Onyx, and then got a difficult hitch from a guy named Buddy in a big truck the final 17mi to the trail. That means we didn’t get back to the trail til 3pm and I was quite carsick:(

The trail magic tent at Walker Pass was still there and we heard that Yogi(who wrote our trail town handbook and has hiked the trail 3 times) would be volunteering there today. She is like a celebrity in our world. Two days ago, we talked about the impossibility of us spending a zero in town here and seeing her at the trail magic and now look at us! It’s amazing the influence snow can have. We groggily walked up to the tent to find that Yogi hadn’t arrived. A good number of hikers were there and some we either hadn’t met or hadn’t seen since our first trail town. With our recent zeros, we have now fallen from the front of the pack to the back of the front of the pack. We aren’t concerned about speed, but we do hope to get back with the group we like so much that are now a day or so ahead of us. Some of the hikers at the tent were Echo and Outpost, Mark and Holly, Sunshine(Sr), Viper, Sprinkles, and Bandit. Bandit said his sister has been following my journal and it has been helpful as a resource for him since he’s been a few days behind me, so here’s a shout out to Bandit’s sister. Hello!

Since it was so late, we were trying to decide if we should stay at the trail magic or hike in a few miles to camp. Then some cars rolled in with a bunch of food and Yogi was in one of the cars! We helped unload the tons of food and then discussed our options. We are not very close with this group and were antsy to make some kind of progress tonight so we decided to hike in a bit and that felt good. I didn’t get a picture of Yogi. I would have if we stayed, but they were busy setting up and I didn’t want to interrupt.

We were talking with Mark and Holly about our recent change of plans due to not being able to get into Lone Pine. Mark said he heard through the main guy at Kennedy Meadows that there was someone who had a private road who was offering shuttles to LP and it shouldn’t be a problem. That was a kick to my already nauseous gut. My mantra in my head for the couple of hours that we did hike was, “Shoulda, Woulda, Coulda.” I was kicking myself cause I shoulda looked into it better. Then we woulda left town a day earlier. And we coulda gone to Lone Pine and hiked with Turbo and Furious. I know part of this trip for me is to learn to not beat myself up about details and just roll with things as they happen, so I have to let it go and everything will just work itself out.

As we walked up the trail, we saw Safari who we came into town with. He had intended to be much further today, but got a creepy hitch and got out of the car and ended up walking almost the whole 17mi on the Hwy to the trail cause no one gave him a ride. That sucks! We’ll probably leapfrog with him tomorrow. We made our first campfire tonight too! 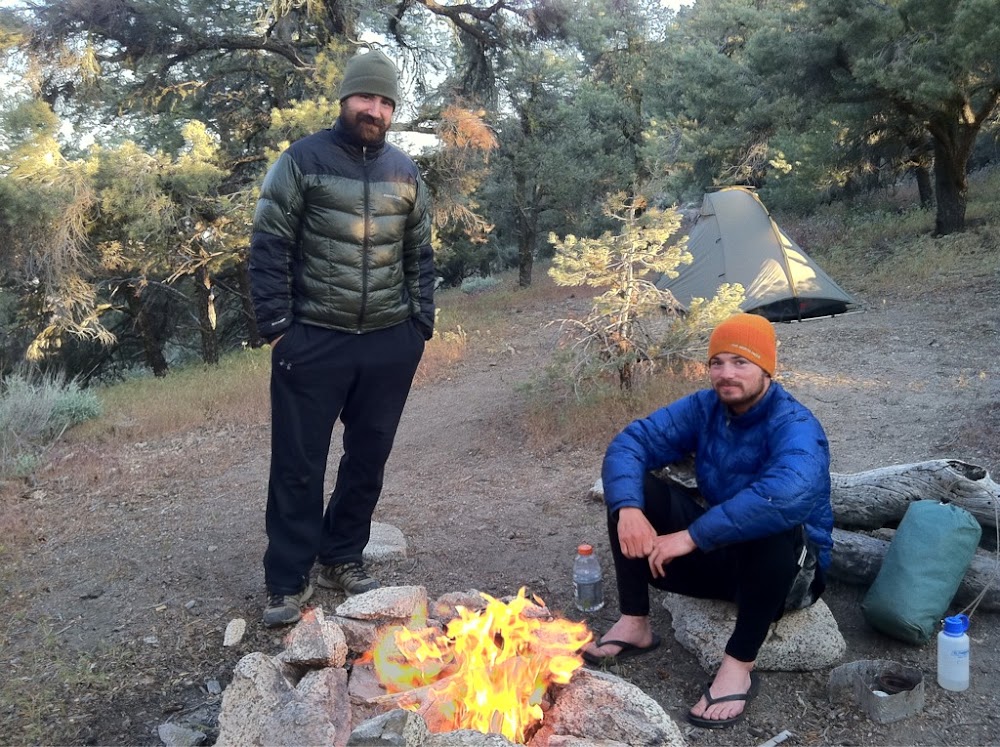 Check it out, man make fire! We are camped near where a bear has been cited, so we are also hanging our food for the first time. That was annoying, but necessary.

Another funny side note, while we were in town, we kept hearing the Adele song, Rolling in the Deep. It was looping in my head today while I hiked and I mentioned it when we got to camp and both Top Shelf and Blister said it was stuck in their heads too. Funny:)