Today’s hike was pretty much uphill most of the day. Here is a picture of the trail angling upward from a distance. Whew! 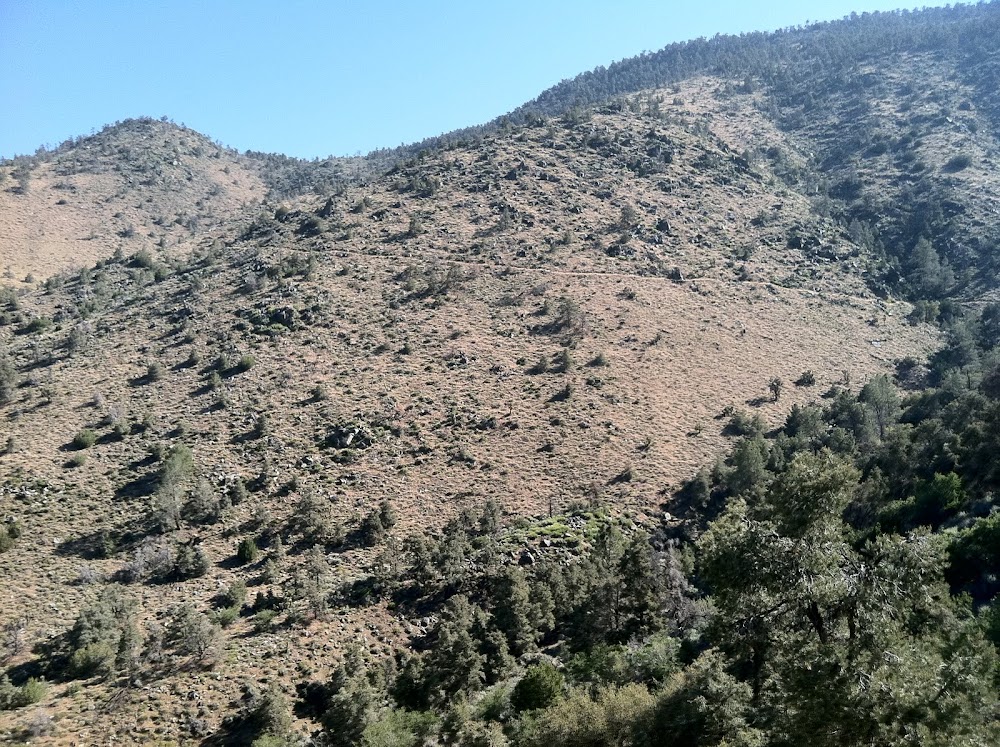 The trail has gotten more forested and rocky as we get closer to the Sierras. Today was a strange combination of forest and desert. We were in the woods with a sandy rocky trail and we’ve been warned to watch out for bears. There were also still lizards everywhere and flowered cacti. Blister even walked up on a rattlesnake that we were all able to see. 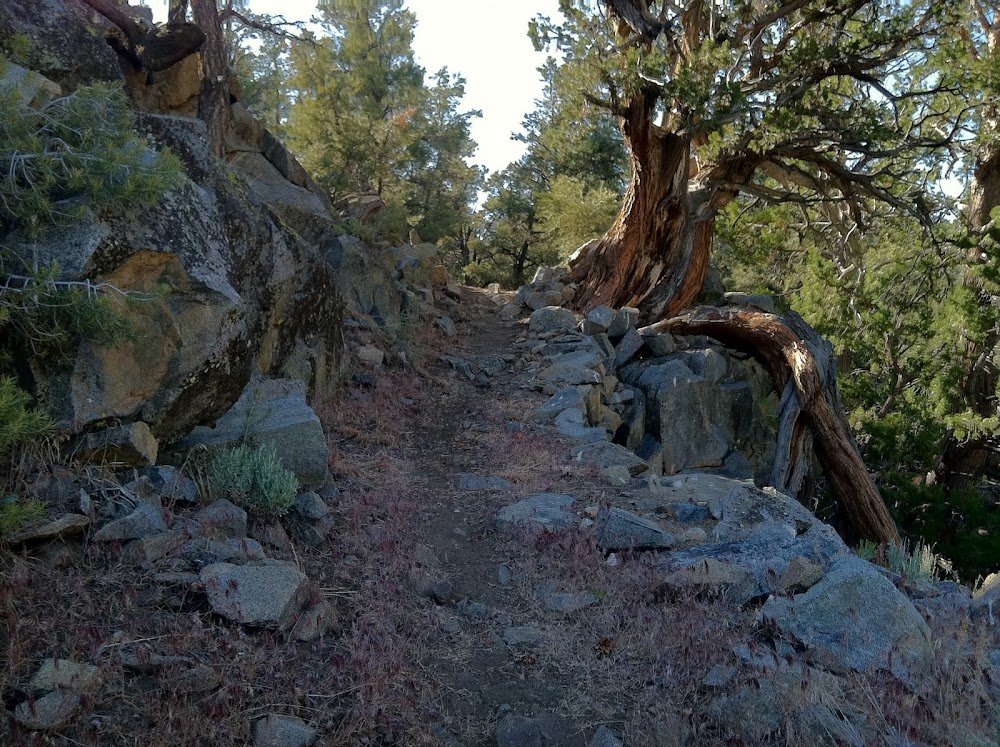 Other than that, nothing too eventful. We saw more hikers who we hadn’t seen in awhile and leapfrogged with Beacon (who we last saw at the Andersons), Free Range Amelia(who I’ve barely overlapped with every time I leave a town), and Sunflower and Bottle Rocket(who we last saw at Big Bear).

It’s been fun to talk with the other hikers and hear all the trail gossip we’ve missed in the group just behind us. It was much warmer today and that has me hopeful that snow is melting ahead of us. Top Shelf is carrying a ton of weight and has been carrying almost all his food to get him through the next eight or nine days. Plus, he already got his ice axe and crampons in Tehachapi. Crazy! Blister got a ton of high calorie protein powder in Tehachapi and these past two days, he’s decided to only drink the protein drinks to see if that can be his diet in the Sierras. Again, crazy! The two of them were pretty beat by the end of today with the extra weight and change of diet. Now Blister is thinking he’ll mix the powdered drink with some food cause he can tell the drink alone isn’t cutting it.

We are only 19mi from Kennedy Meadows tomorrow and I’m excited to get my new SPOT up and running. I’m also nervous to see how heavy all my gear and food for the first 7-8 days in the Sierras will be…We will probably take a zero there to be well rested before we head into the snow.

We rocked the mileage today and got 27mi in by 5pm. Another early night:) It was tempting to try for our first 30mi day since we won’t get another chance until after the Sierras, but the guys were definitely not feeling it. We are camped with Free Range tonight. I’m glad we finally overlapped for a full night somewhere. We are finally camped near a water source and that is nice. That hasn’t happened since day 32! Sunflower and Bottle Rocket are on the other side of the spring. We made a fire for the second night in a row and have hung our food again. Going to bed early tonight. I’ll end with one of the overlook views from today. 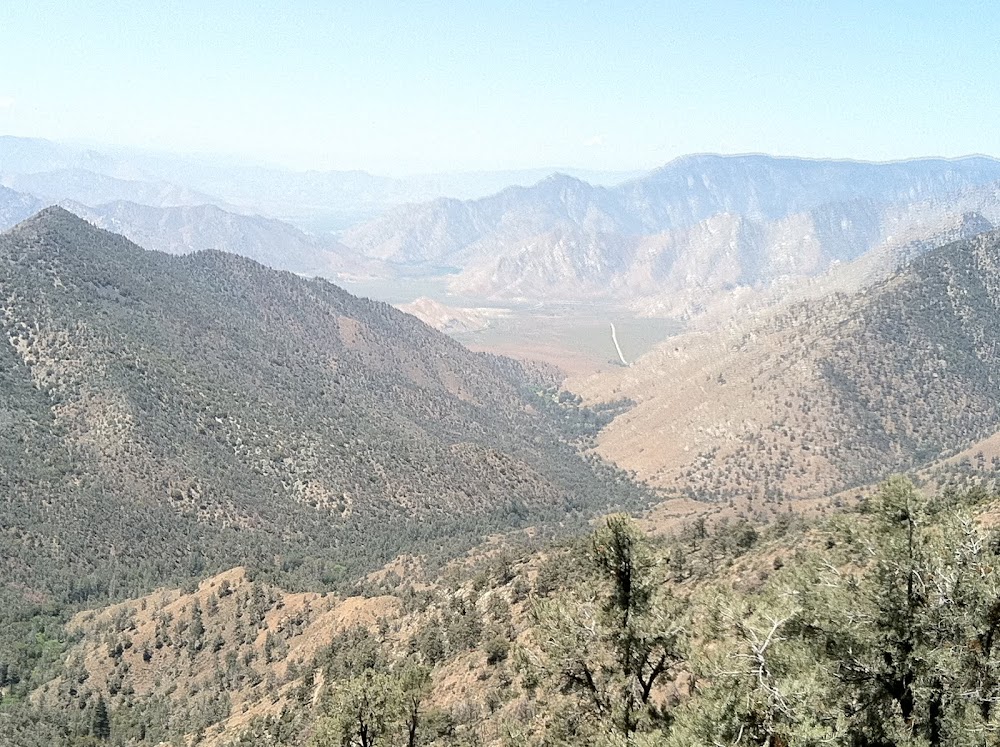