My goal until I reach Ashland is to at least average 25mi/day. Deep down, I’d like to do 30mi days. It’s still a bit early for that with elevation changes and areas with snow, but I’d like to try. Looking at today’s elevation chart, I knew there might be a chance for my first 30mi day.

I got going just before 7am, which is still later than I’d like, but I’ve decided to let myself indulge in the snooze button if needed for awhile. I don’t want this to feel like all work and no play, so I’m trying to go off what feels right when I’m solo. Today, it was snoozing a bit longer. The day started off with an hour and a half of annoying snow, slow navigation, and bushwhacking on a steep ridge. After that, most of the day was downhill with a few extended uphill climbs. Again, I am loving the shaded forest with soft pine needle ground. 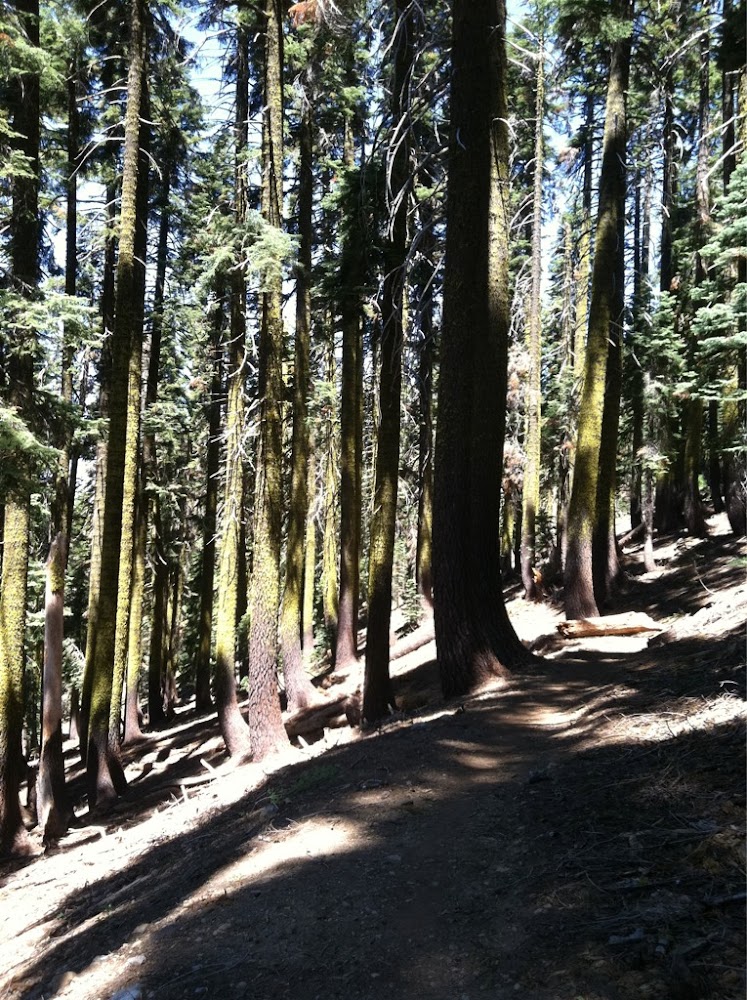 The day was really dragging and I was quickly losing motivation. It has gotten much warmer the last few days and even at night. It was kinda muggy and probably in the upper 80’s today. I was happy much of the day was shaded, but the climbs in the sun wore me out and I took more breaks than usual. Here’s a picture on a ridge where I had lunch. 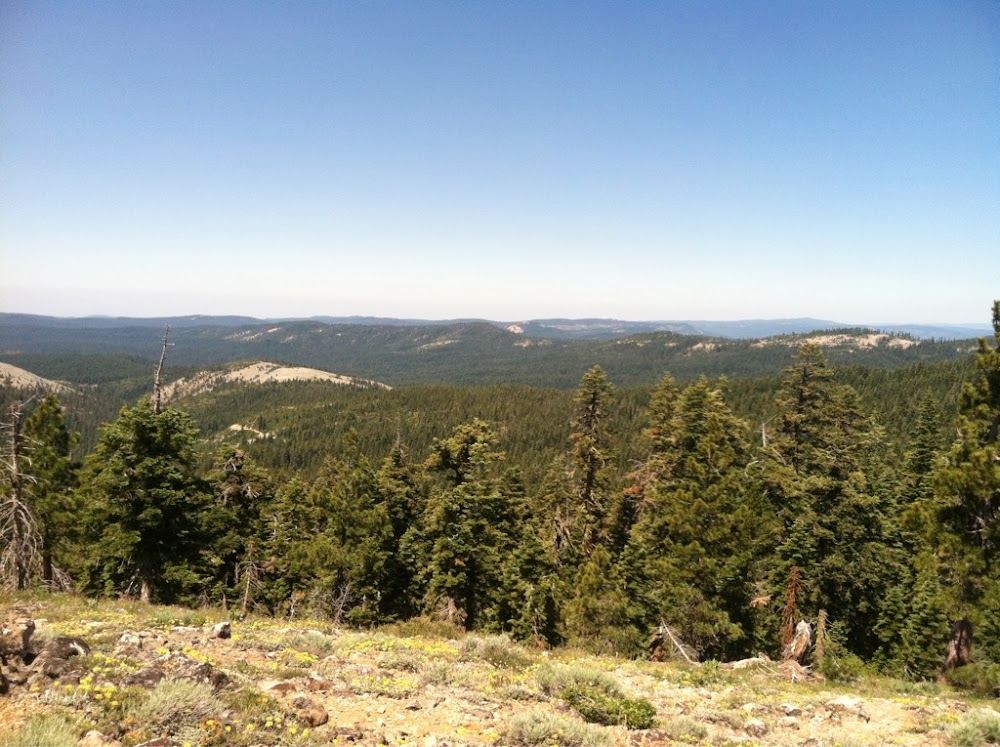 Since I’m sweating more, I’ve noticed I need to carry more water. I’ve also noticed I have to actually pay attention to when water sources are coming, unlike the past month, where water was always flowing in abundance. I actually had to go off trail to get water from a spring. It changed so suddenly!

Around 1pm, I crossed the road to Quincey(a trail town I’m not going to), checked my phone for reception, and called my sister. She is due to have her first baby in 5wks and had texted this pic to me. 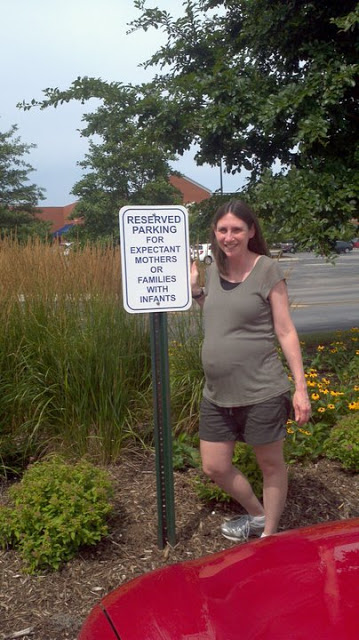 I am quite excited to be getting reception more often again and it’s nice to be able to post my journals within a day or two. While I was there, the first person I saw for the day was a woman named Gretchen who was doing a bike ride. Talking with her was nice and it was a good excuse to take an extended break in the shade.

After that, I had another climb and had accepted that today would probably be right around 25mi. I just didn’t have the motivation to push in the heat. After the climb, I came to an area with lots of wildflowers and butterflies. I liked it a lot. 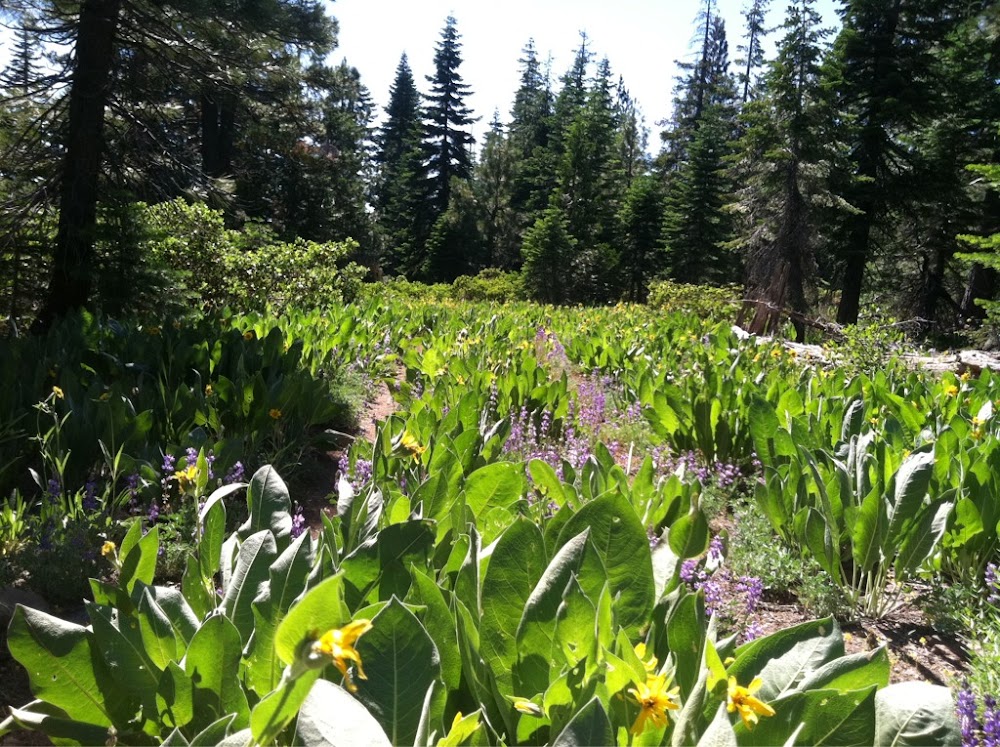 At 5pm, I stopped to get water and looked at where the next source was. I realized that it was all downhill to a spot that would just barely give me my first 30mi day! I put the headphones on and booked it. Lately, I’ve been able to finally get radio stations and that’s been nice after listening to my songs for over a month. I’ve also been listening to the audiobook of, The Girl With the Dragon Tattoo.
When I got to the campsite at the river, I realized my calculations were off and I came up just short. Dang! So close! It was too good of a spot to pass up and it was already after 7pm. When I went down to the river, I found Meow Meow and Funyan camped there. They were part of the group that left a day before me from Sierra City. I didn’t expect to see any of them, but some of them stopped in Quincey, and in their case, they decided to spend the day at the river. They said they’d been there since noon and just didn’t feel like making the climb that’s ahead for tomorrow. They are getting up early tomorrow and were already asleep when I arrived, so we talked for a bit and I might see them up the trail later tomorrow.
I was pretty psyched about the Feather River. It was great to wash off all the sunscreen, bug spray, sweat, and dirt from the day. Here I am after a refreshing bath. If I had to come up short of thirty, this is the spot to end up:) 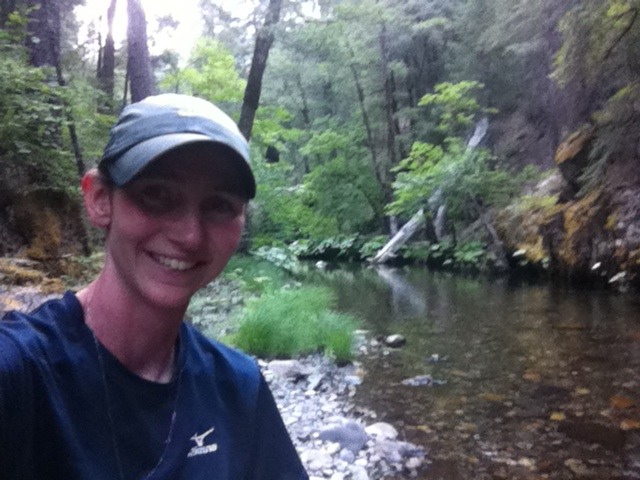