**Note: When I got home from my hike, I noticed that I had written the same number day twice in a row on the journal. That means that I had to change my days accordingly this was actually day 101, but it was fun to think we did our 30 on our 100th day.**

Yay! Today is day 100 on the trail for me, Half Fast, and Red Blaze. Liz started a week before us. We needed to do something to mark the special day, but I wasn’t sure what to do. Eat an extra Snickers? 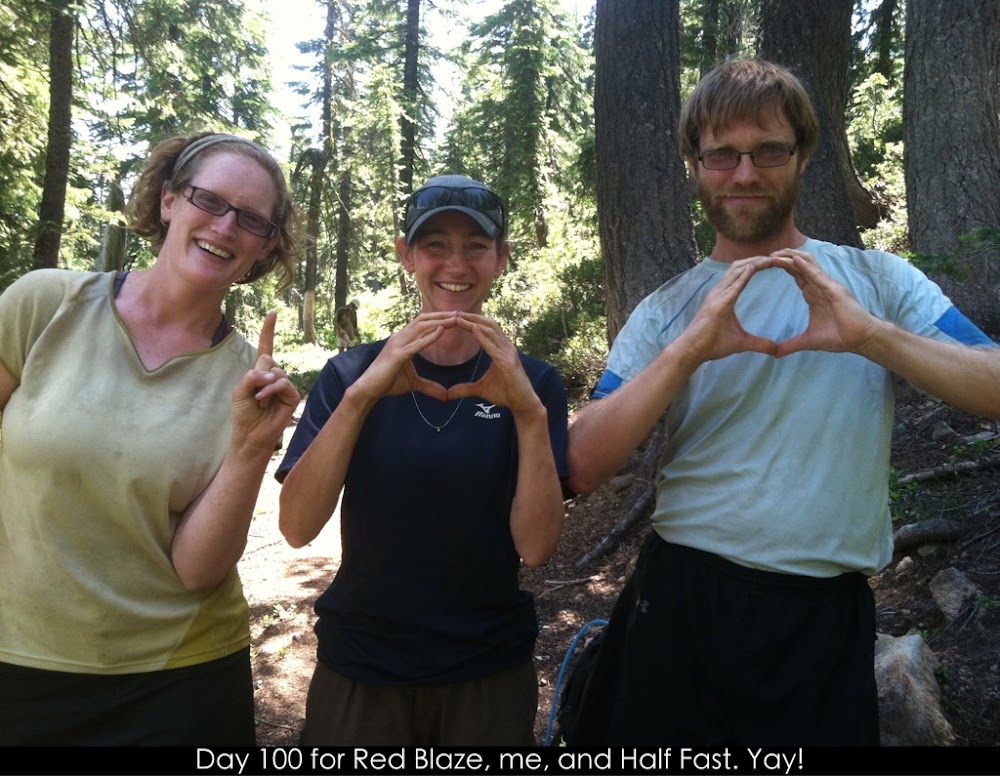 We started hiking just after 6:30am and had our first break at 9am. I noticed that the trail and weather were looking optimal for high mileage and our pace was already looking good. As we started hiking again, I was hiking ahead with Half Fast while Liz and Red Blaze were chatting and back a bit. Both Half Fast and I are more goal and mileage oriented. Half Fast and Red Blaze have also come close and just barely missed the 30mi mark in one day. We realized today would be a great day to do our first 30mi day. We stopped to tell Red Blaze and Liz. They immediately questioned who let the two of us hike together long enough to come up with such a tiring plan. Red Blaze was up for it since she had yet to do a 30mi. Liz wants everyone to know that she lovingly and graciously agreed so that we could have a special day. She did her first 30 miler a couple weeks ago and is quoted as saying that she’d be happy to never do another one again. Poor Liz got dragged into this one today and she was a very good sport.

The day went by really fast. There were three climbs of about 1000ft each, but other than those, the trail was relatively level or gradual. I was very happy because most of the trail was dirt or pine needles as we wove in and out of the woods with more great views. There was also warm temps with a cool breeze. Ideal for big mileage. 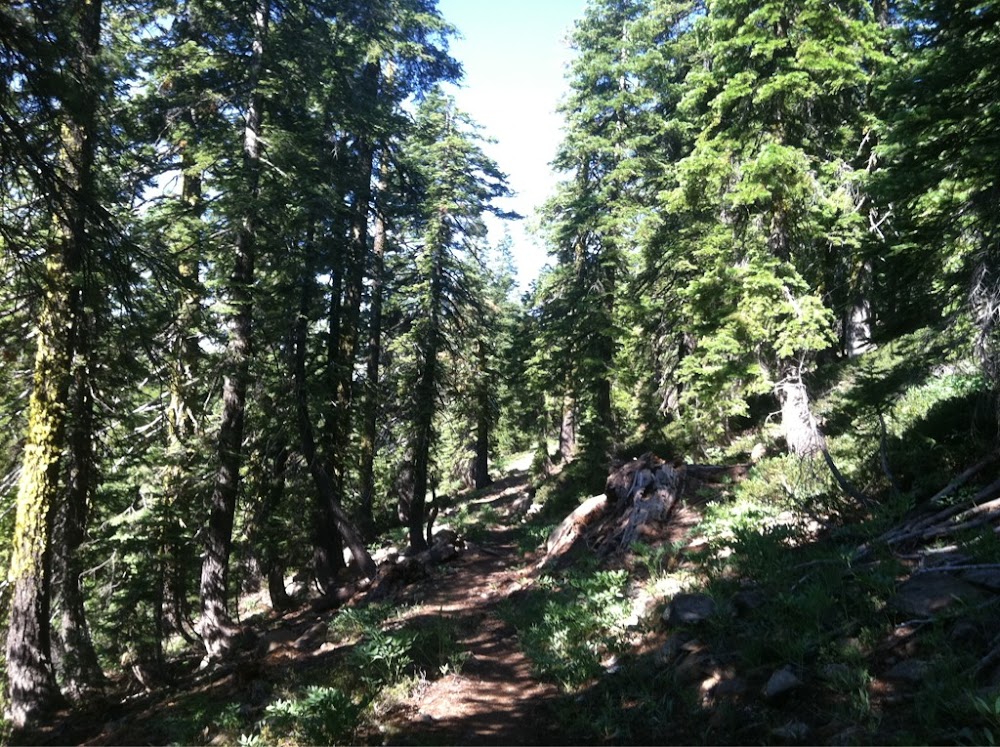 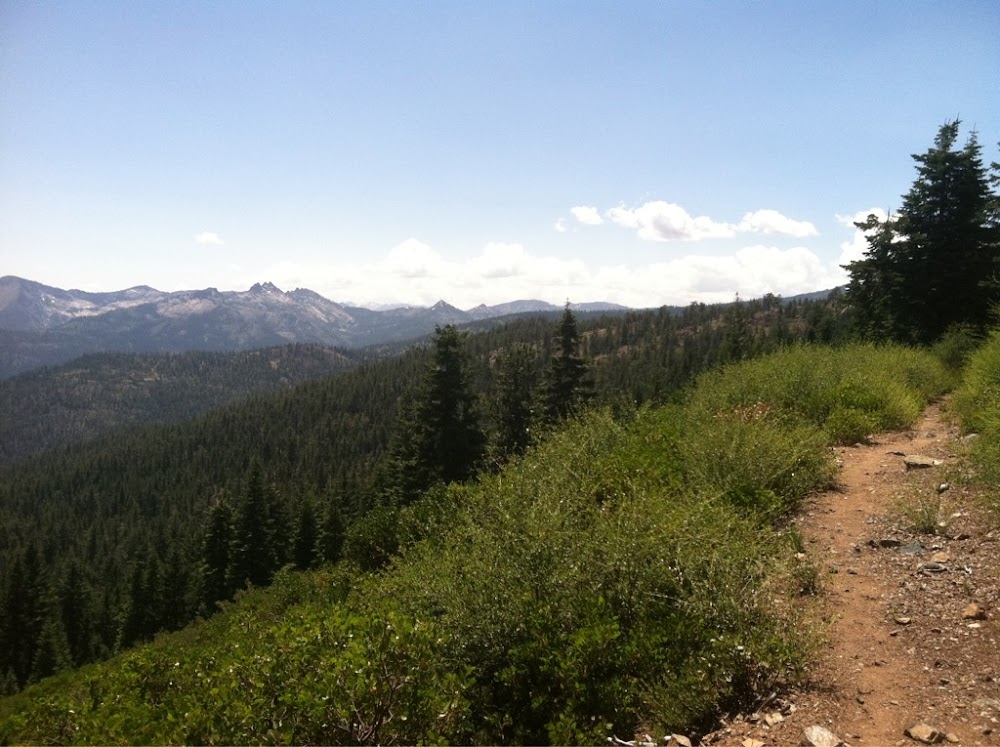 Even though it was Sunday, we only saw one day hiker. We also saw a southbound section hiker named Brad and a couple doing a few days southbound named Elevator and Patti. Elevator had done the trail in 1996 and it was fun to talk trail with them.

Once we passed 30mi, we looked for camping and ended up finding something within a mile by 7:30pm. The ground wasn’t the best, but the sunset was great! 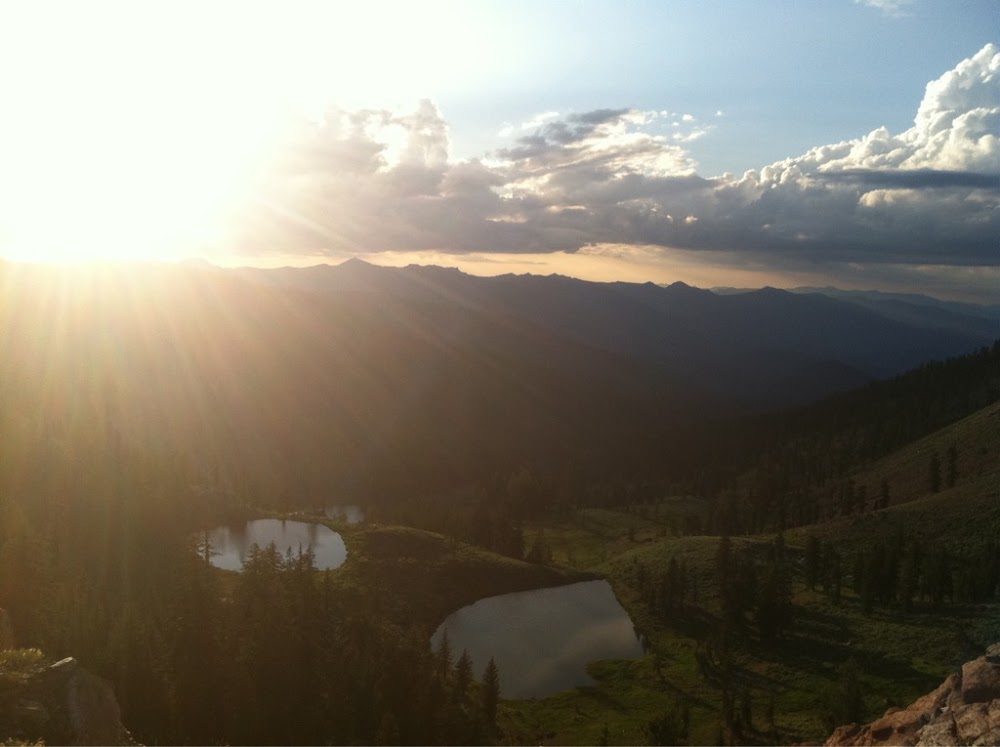 The mosquitoes were really thick as we ate dinner and watched the sunset. I’m so thankful for head nets. We all felt pretty good after having done such high mileage. 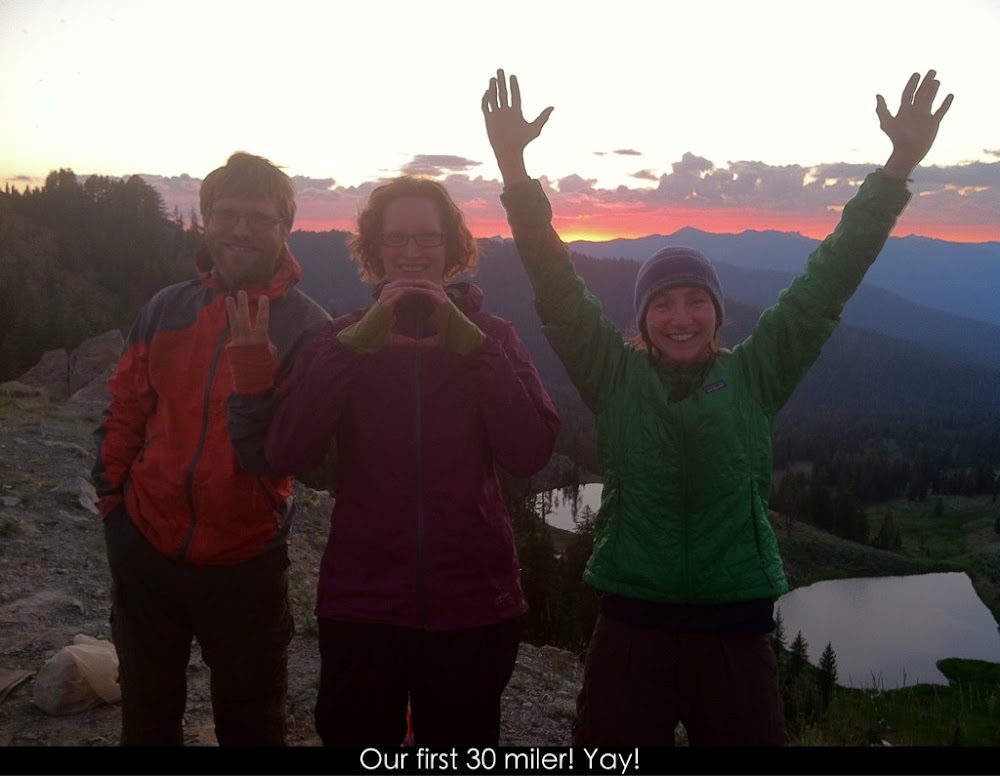 Even though Liz had already done a 30 miler, today was officially the furthest she’s walked in a day. 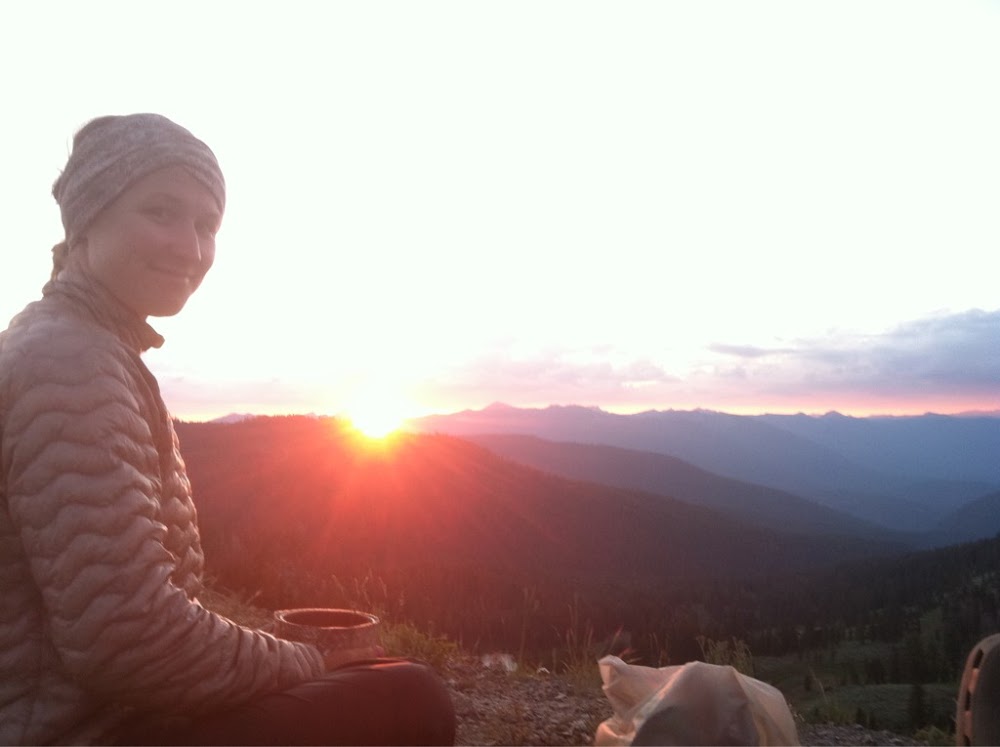 The terrain was so nice that it didn’t hurt our feet as much. We felt like it was just a regular day. I am starting to feel like myself again. I felt strong and energized all day. I was worried I’d never feel that way again after wearing myself out in the Sierras. It was fun today and I was excited that my body is finally feeling energized. We are rewarding ourselves by sleeping in a half hour tomorrow:) Day 100 will definitely be one I’ll always remember!