We let ourselves sleep in a bit this morning after our big day yesterday, so we started at 7am. We all felt pretty good and energized for the day ahead. I was surprised that my body felt like normal because I expected it to need more recovery time. The plan for the day was to do about 25mi and take it easy. What we didn’t know was that the trail ahead of us for the day was a very tiring rollercoaster! 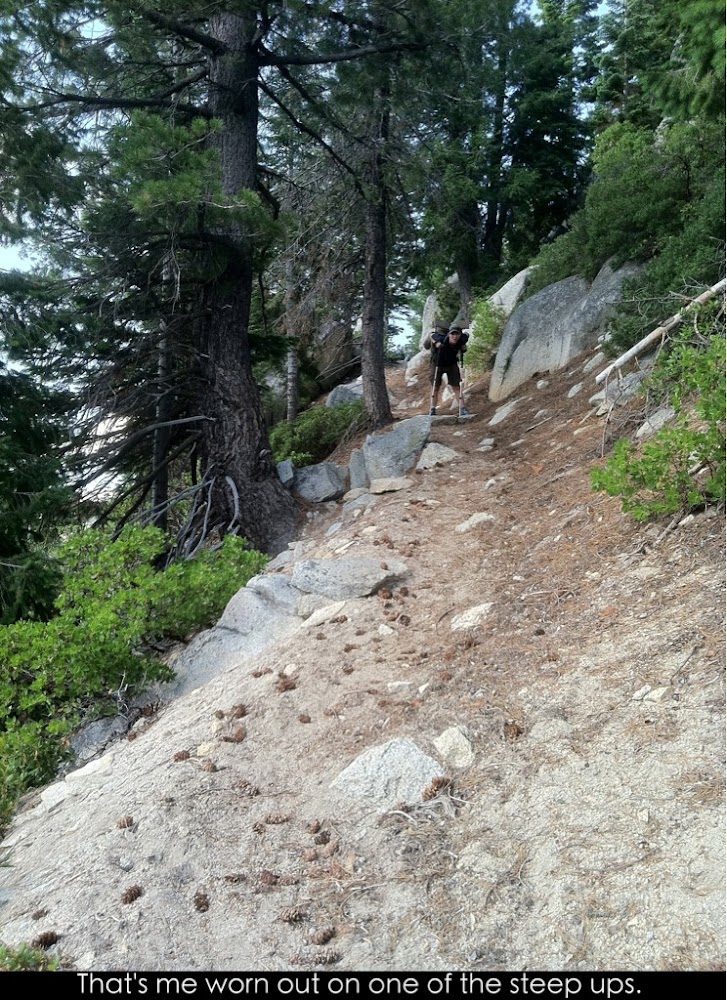 Among us, we have both Erik the Black’s maps and Halfmile’s maps printed out. Halfmile has the elevation chart correct, but we had looked at Erik the Black’s which made us think it would be easy peasy and flat…not the case at all! Here are the two of them side by side. 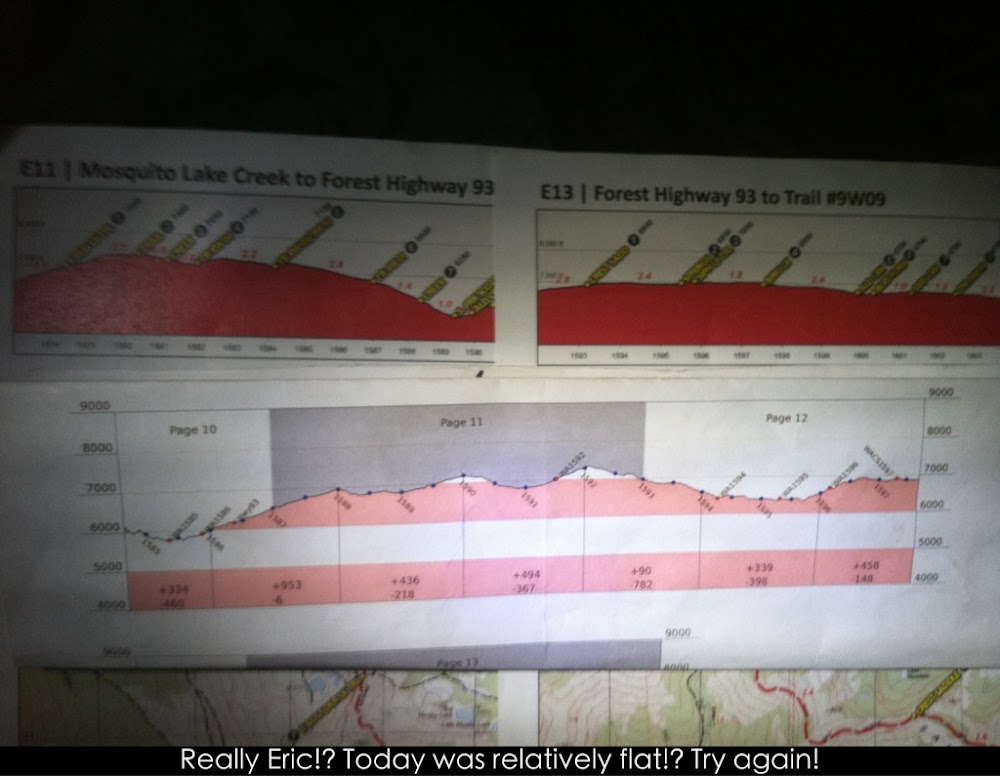 It is well known on the trail that Halfmile’s maps are far superior and more reliable than ETB maps. I’m kicking myself for ever giving my money to Erik the Black and I suggest to anyone doing the trail in the future that Halfmile’s the way to go. Erik will trick you with his attractive presentation, but don’t fall for it! Get Halfmile’s maps!

The uphills were steep and the downhills were jarring. It made for a tiring day for us, but the views were a good distraction. 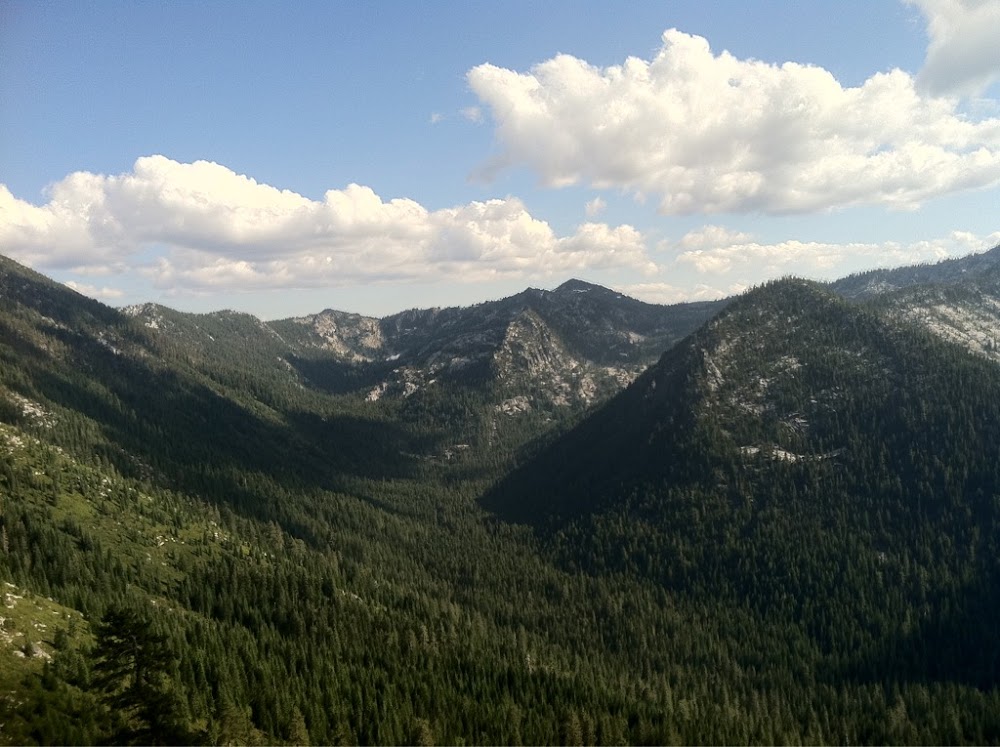 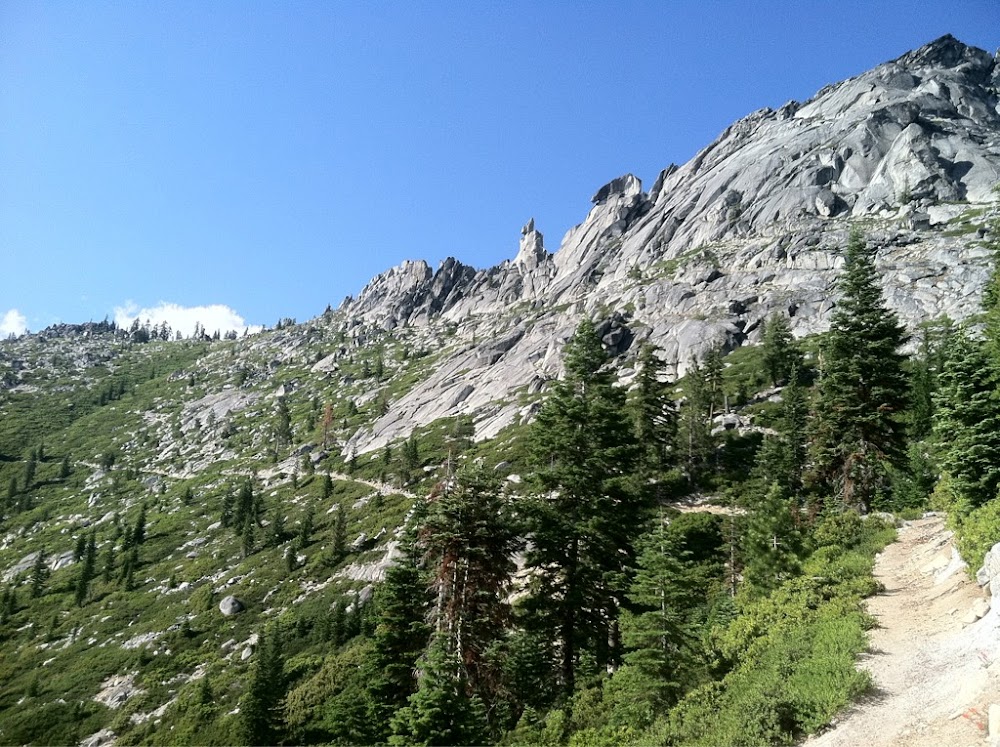 Since Liz was willing to go through with the 30mi day yesterday, we agreed to camp a little earlier than I would have liked so she could have a lake to swim in. We stopped at Paynes Lake. Half Fast, Red Blaze, and Liz all swam for a bit, but it was way too cold for me. 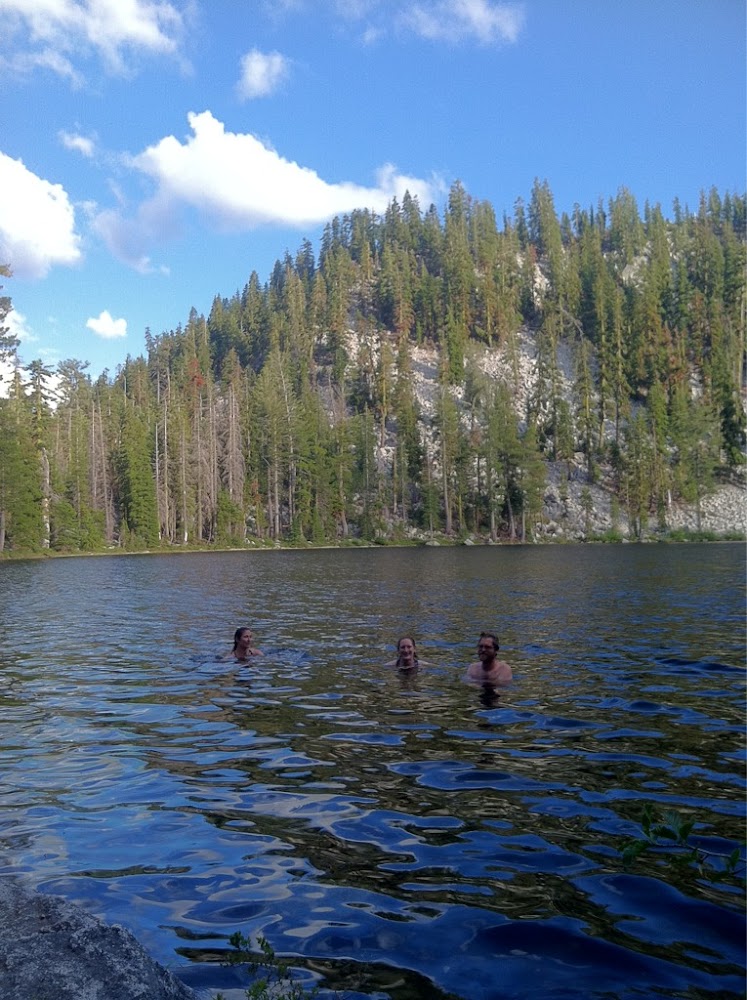 While we were having dinner, Two Hats arrived and camped with us. He said Funyan and Meow Meow are just a few miles back. We haven’t seen them since Hat Creek Rim. Their plan is to probably skip Etna and resupply at the next town, so they will probably jump ahead of us tomorrow. Another northbounder came by named Ken. It was nice to meet a northbounder we hadn’t met before. He had been off the trail for awhile and just got back on. We may see him again in town or up the trail. Tomorrow, we have a 6mi hike into Etna to resupply and charge electronics.

Another part of my solar charger broke and I’ll be getting a replacement part in Ashland. I even stayed up extra last night trying to be MacGuyver and fix it. No luck. I still like the charger, but I’ve put it through a lot and need to be more careful with it. My phone usage will be rationed each day over the next five days or so until I get to Ashland. Everyone is finding that quite humorous. I’ll limit the usage to my posting. I’ll hopefully not suffer too much from the withdrawal.