Since we were going into town to resupply, we all got an early start this morning. We heard the road is pretty dead going into Etna, so we were prepared for it to take awhile. Two Hats was off really early and hiking by 5:30am. Red Blaze and Half Fast left at 6am. Then Liz and I were just 10mins behind them. The hiking was more of the rollercoaster stuff, with a wonderful sunrise. 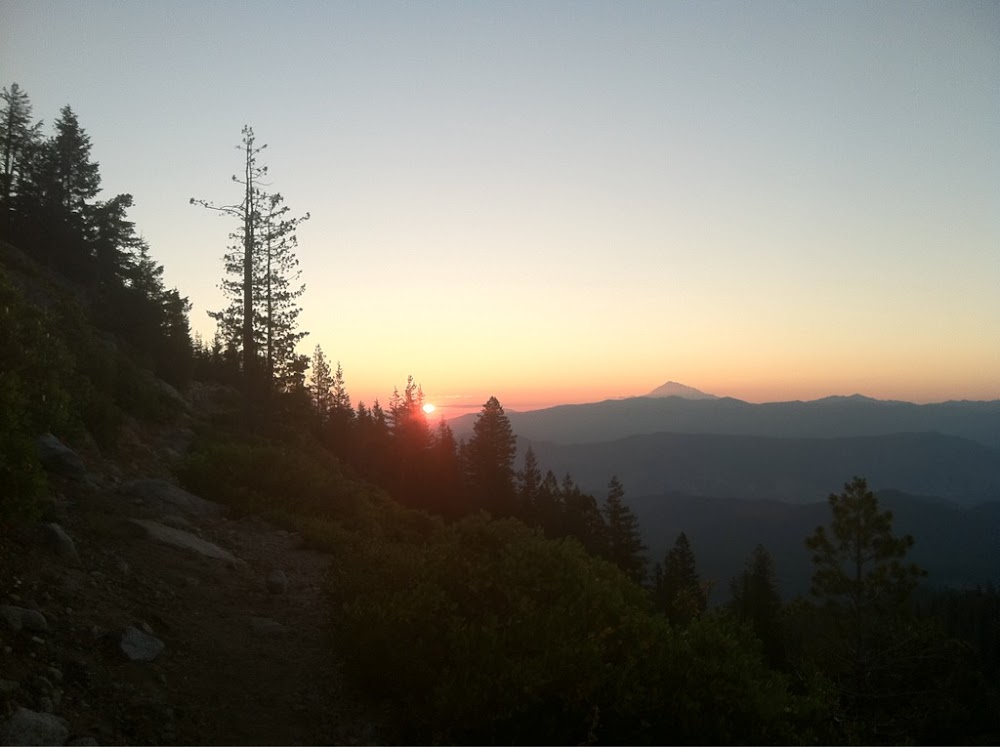 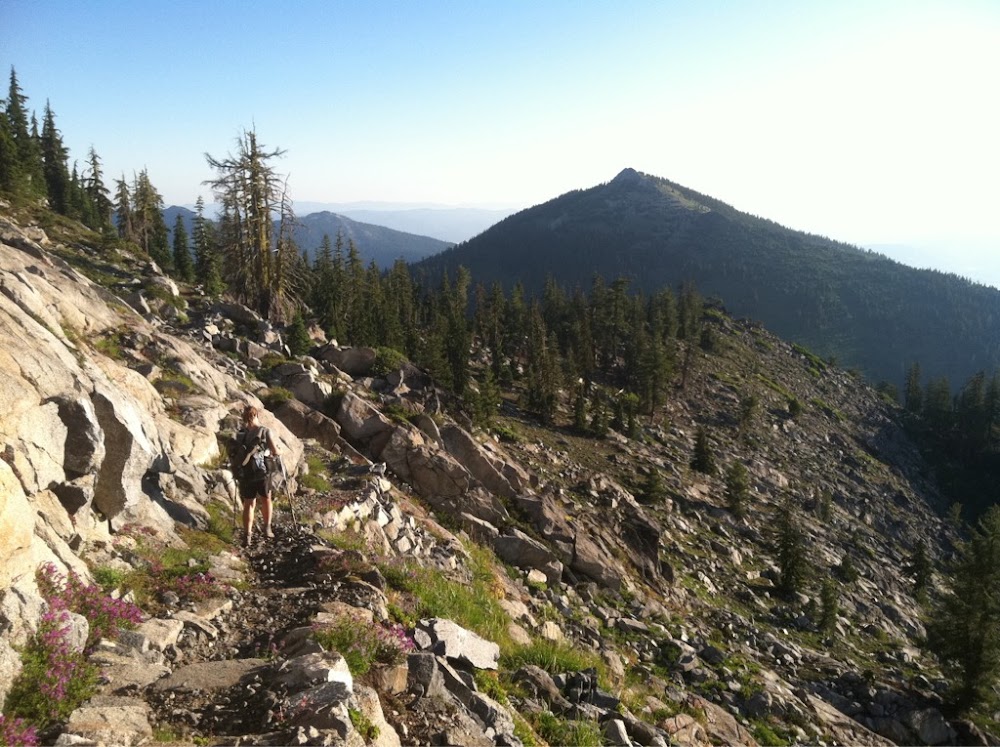 When Liz and I got to the road, the three of them were still trying to get a hitch. Within a couple minutes, a car drove up dropping off two section hikers and Buffalo Jump Sly. The driver, named Keith, was offering a shuttle ride into town for $5 each, so they took it. He was going to come back for me and Liz, but then we got lucky and an awesome woman named Suzy came along. She drove us in, took us to get our resupply boxes, and then dropped us off to get breakfast at the local hot spot. You rock Suzy! 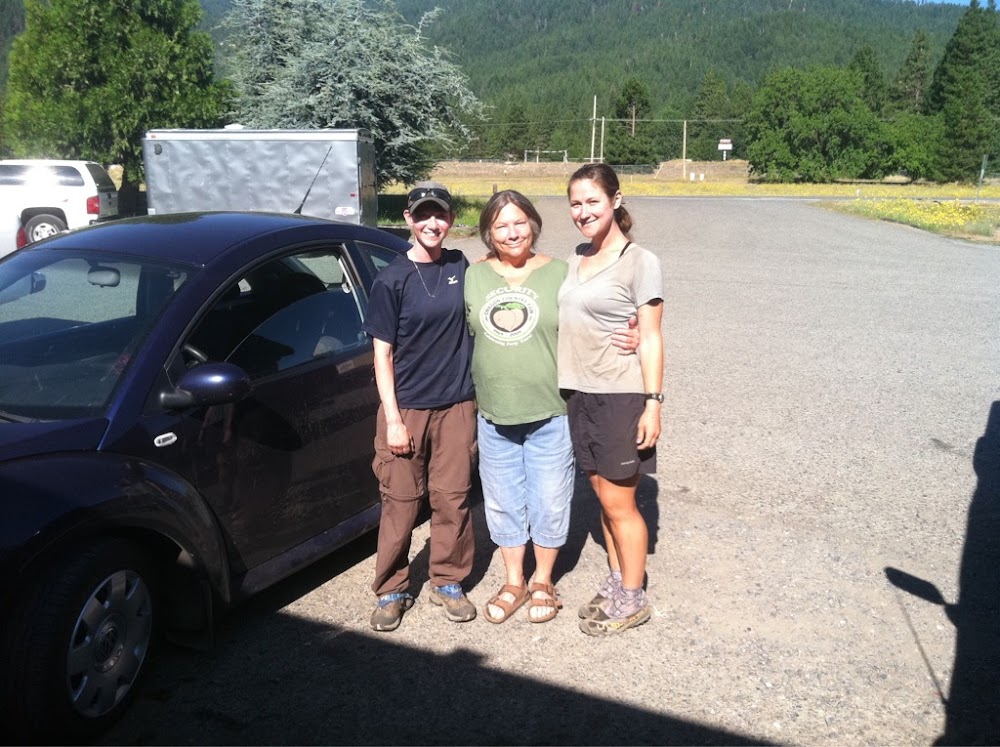 We were in town most of the day. Etna is one of those small towns with everything on one short strip hardly even a mile long. We started with breakfast. It is amazing how long it can take to resupply, eat, and get other little chores done. I had a ton of emails and phone calls to make and it just never feels like enough time. I got my boxes and had some great care packages from Rachel and the Shermans, the Kerr family, Dan, and Terry. It felt like Christmas came early. Thank you all! 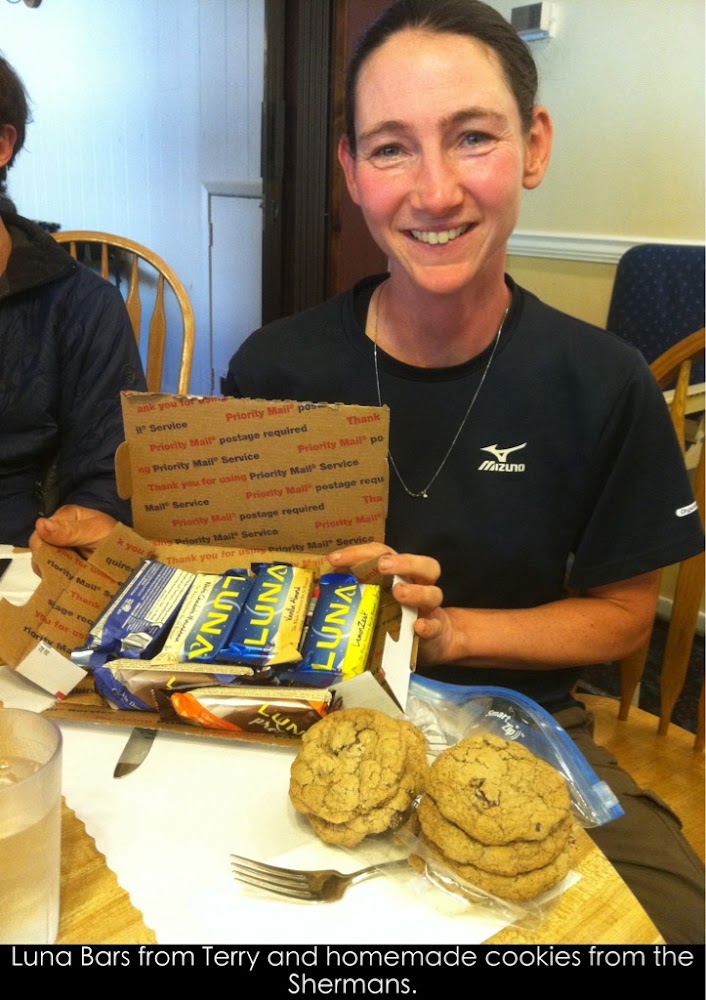 While we were in town, Funyan and Meow Meow arrived and we are now a big group of six headed to Ashland. It started to get late, so we called Keith up to take us back to the trail. He took Liz, Funyan, and Meow Meow on the first run while I waited with Half Fast and Red Blaze. We sat in front of the Drug Store and attempted to hitch while we waited for Keith to return. After about 20mins, I decided the hitch wasn’t happening cause few cars were even driving by. I figured I’d spend my time more wisely journaling since I wouldn’t get to our agreed upon campsite until late. While we were there Hobbes came up. I haven’t seen him since Muir Pass, I think. I was surprised to be ahead of him because he is a fast hiker. As it turns out, Hobbes had a scary situation in the snow after I last saw him and he took a week off the trail. He had gotten turned around and his own footprints were melting quick, so he was running to find his way back. Somehow, he fell in a lake or something and it was quite frightening. He is back now and flying by with miles in the upper 30s and 40s! Whoa! He’ll probably pass us this week when he gets back on trail.

Soon after that, a car drove up and I almost moved because I thought he didn’t see me sitting there with my half hearted thumb out. The man got out of the car and jokingly asked if we were vagrants. Then he jokingly said he recognized me because I was famous online. His name was Mike and he looked and reminded me of my dad. He graciously offered to give us a ride back to the trail which was about 20mins out of his way. He went to get something out of the store while we waited outside excited to have a ride. Then Half Fast pointed out that there was a shotgun in the shotgun seat and a shovel in the back. On closer observation, there was also a machete in the back! Hiking 101 would tell you not to take this hitch! When he came back I made reference to what was in the car and Mike explained that he works on a ranch and that the gun was a ground squirrel pellet gun. As we rode with Mike, we found out he does a lot of work maintaing the trails and he knows a ton about the PCT. He knew a lot of the hikers and follows many journals. He even called his wife and I was able to say hi to her. Another great thing is that he is the one who puts the trail register in a few miles from the road for us to all sign north of the road. It was so great to meet Mike and it was another one of those chance meetings the trail loves to bring out of nowhere. I couldn’t resist taking a picture with Mike and his shovel, shotgun, and machete. So great! 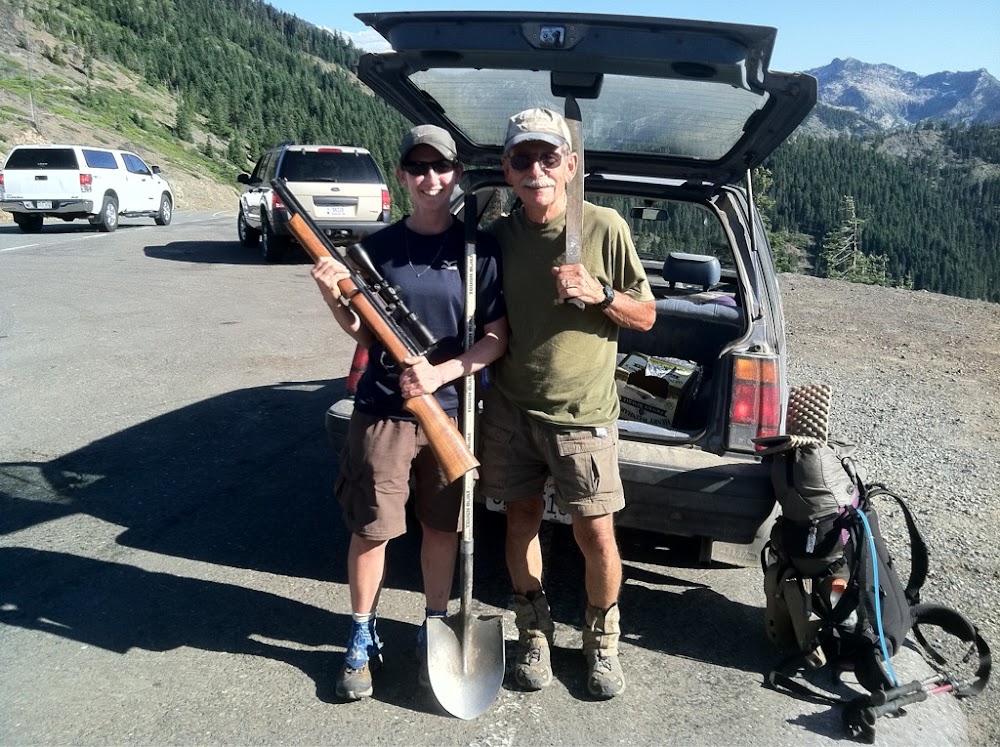 We didn’t get to camp until after 8pm and I was tired and hungry…never a good combination. It is after 10pm now and I am ready to sleep!