The goal for today was to do big miles to get us that much closer to Crater Lake. The first half of the day was very uneventful and we joked that I would have nothing to journal about. Of course, no day on the PCT is uneventful, so the second half of the day held all the entertainment…

Half Fast, Red Blaze, and I started out early at 6am. It was perfect hiking weather, all wooded, and in the shade. This is pretty much what we saw the first six hours of the day before lunch. 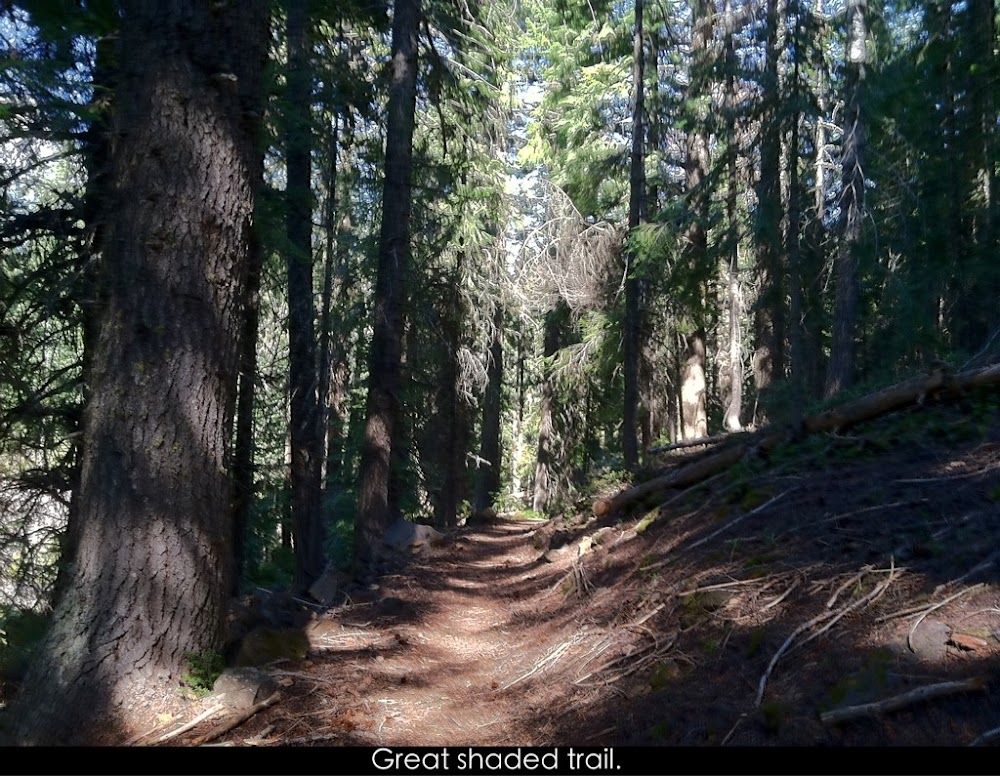 At lunch, I had rinsed out my socks from yesterday and I laid them in the sun to dry. A couple hours after lunch, I realized I left them on the log. Sheesh! I’m a mess! I texted Liz, who is a few hours back from us and luckily she picked them up so I’ll get them back at Crater. I love how that happens out here! Also, after lunch, we got a change of scenery for a couple hours. The trail wound through a lava field with great views of Mt. McLaughlin. 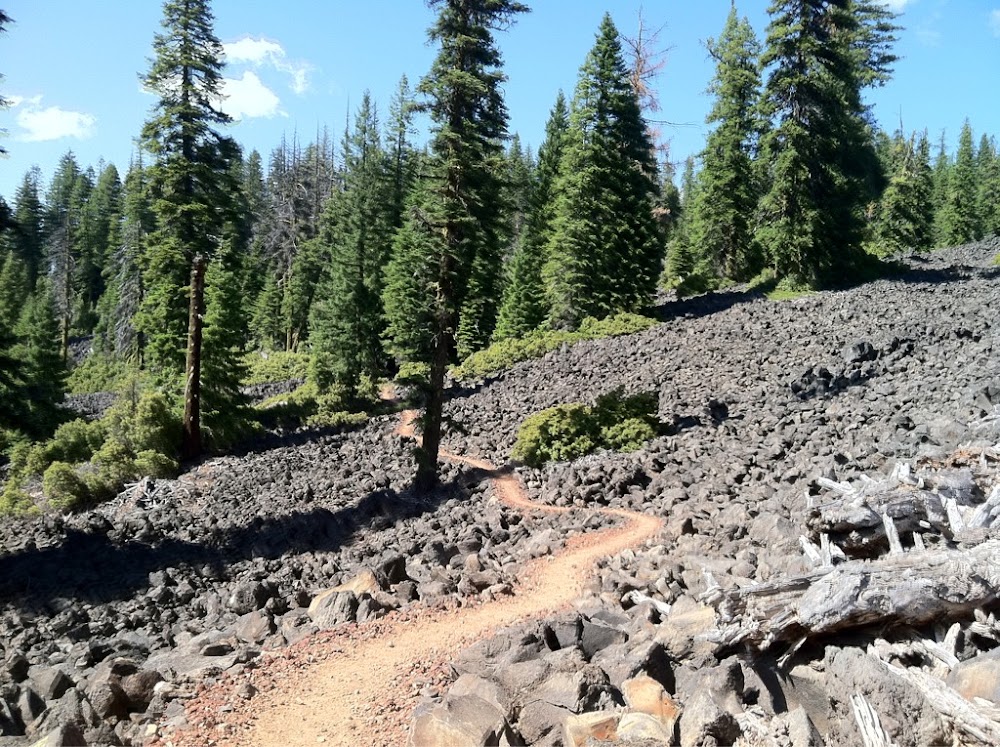 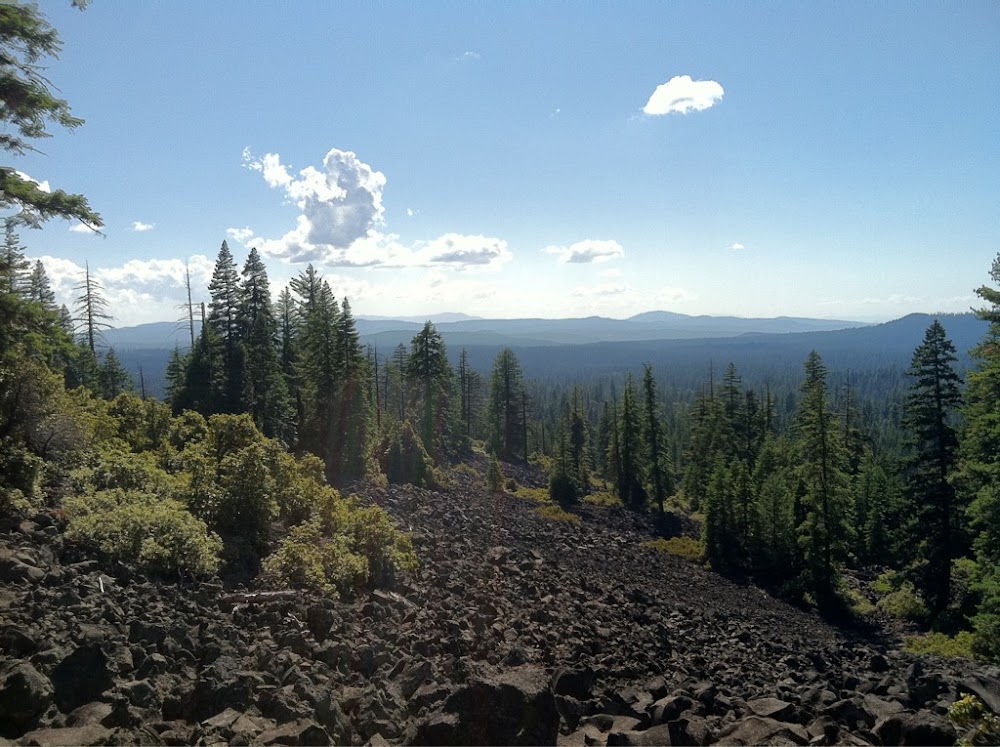 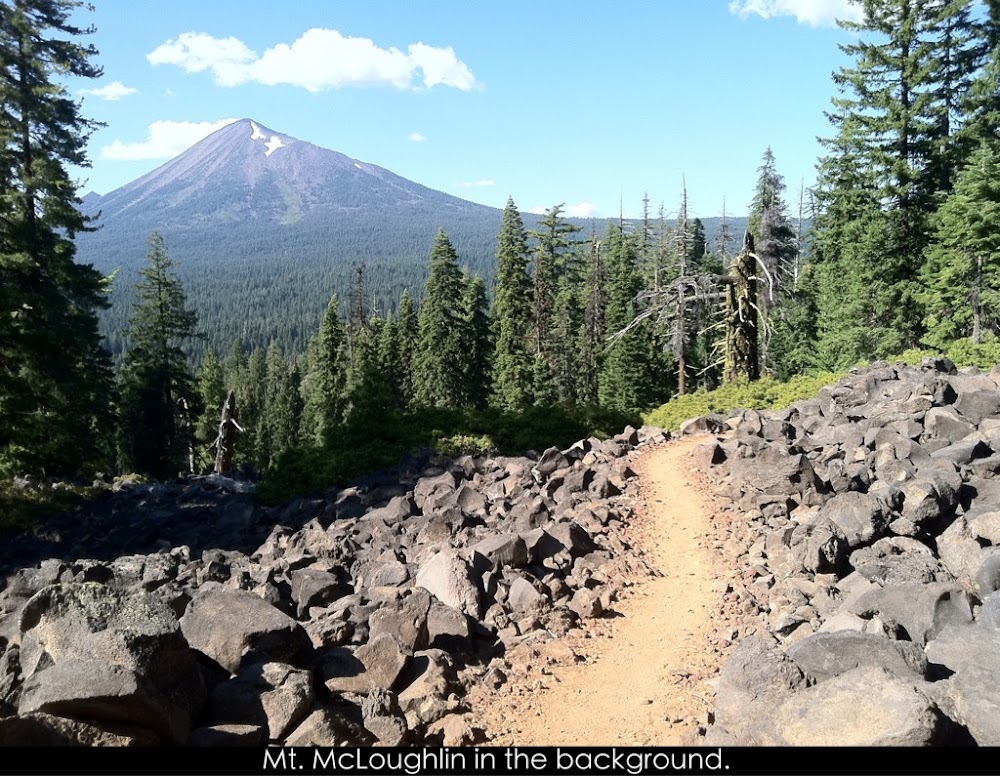 As we came to the end of the day, the plan was to camp at Freye Lake. It was .2mi off trail and Erik the Black claimed it had camping and water. I had briefly looked at my Yogi notes and saw that it was also on her list of spots. What I failed to do was read the comment next to it that basically said the side trail to the lake doesn’t exist anymore. We ended up walking about 10mins past where the side trail should have been until we noticed it wasn’t there. We ended up dry camping near the trail while Half Fast used my GPS to find the lake and bring us the water we needed. Thanks again to Erik the Black for the false information!

Some fun notes about today. We all set a personal record for the furthest we all have hiked in one day on this trail. The best part was that despite some boredom from time to time, I feel great. My feet weren’t even sore at the end of the day. The goal for tomorrow is to do about the same mileage, so it will be interesting to see how my feet feel after two big mileage days. Finally, I had a celebrity sighting at the end of the day today! There were a TON of mosquitoes the last part of the day and a group of day hikers were out on the trail. As they came toward me with my long sleeves and mosquito head net on, I saw one guy was shirtless! I commented to him that I didn’t know how he was doing that with all the mosquitoes. Then I noticed that I knew him, but couldn’t place it. I thought I had met him in real life. It took him a second to admit it, and it turns out he’s Luke from MTV’s Real World/Road Rules Challenge. Yes, another reality show that I love! I had to get his picture. 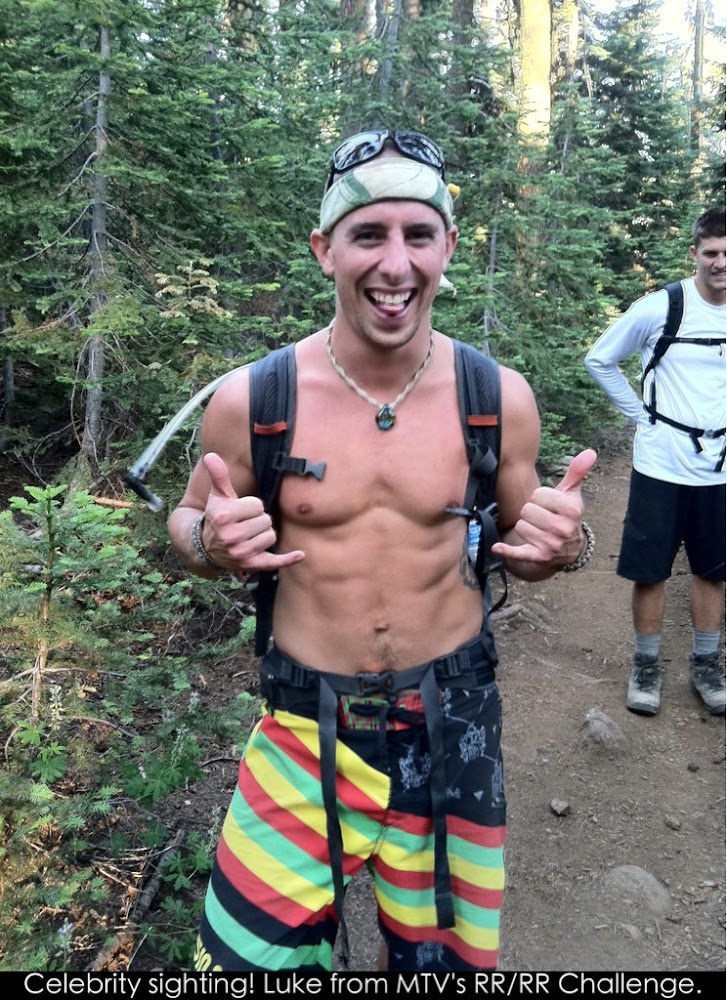