Oh what a wonderful day. I woke up excited and ready to hike this morning. I’ve been looking forward to this day all hike! I’ve always wanted to see Crater Lake and my friend Jennifer was going to be there to join me for the next 100mi. Yay! The 12mi morning hike with Half Fast and Red Blaze was filled with mosquitoes. I’ve been trying to avoid wearing deet and I gave in pretty quickly this morning. I even hiked with my head net cause they were so persistent. I have a lot of bites from the last couple days on my neck and shoulders and it’s pretty annoying! They now itch so much that I keep thinking new mosquitoes are biting me and I keep hitting my shoulders to brush off mosquitoes that weren’t there to begin with. Then that makes them itch more and the whole cycle continues!

We made it to Mazama Village (not yet near the rim) by 10:30am. There were many other hikers there and it was great to see them all. It’s been awhile since I’ve been at a stop at the same time as so many hikers. There was Ninja, Drop-n-Roll, Road Runner, Two Hats, Hobbes, Drop Dead, Olive Oil, Popeye, and Slap Shot. There were also many section hikers so it was a good sized group. Drop Dead said his dad follows my journal and that I needed to give him a shout out, so hi to Jack!

Jennifer drove up just as we got there, so it was perfect timing. We have a long dry section to hike tomorrow on our first day out, so Jennifer went to stash some gallons of water up the trail for us tomorrow night. While she did that, Half Fast, Red Blaze, and I made record time doing our resupply, showers, and laundry. Once we all finished our chores, we ate at the all you can eat buffet. I was waiting on an afternoon package to be delivered, so we hung out for a bit. I ended up asking Drop Dead to grab it for me since he’s speedy and will pass us tomorrow. I hope it comes because it’s part of my solar charger that I’ve been waiting on for two legs now. I want to apologize to everyone who has called or emailed me in the last few days. I’ve been conserving battery life and haven’t been able to respond as quickly as I’d like. Plus, there wasn’t reception all day while we were at Mazama Village. Urgh!
After being at Mazama Village most of the day, Jennifer and I finally got going and were on the trail about 5pm. It was later than we would have liked, but we had enough time to hike to the rim to see the lake before sunset. Yay! I was so happy! It was great! 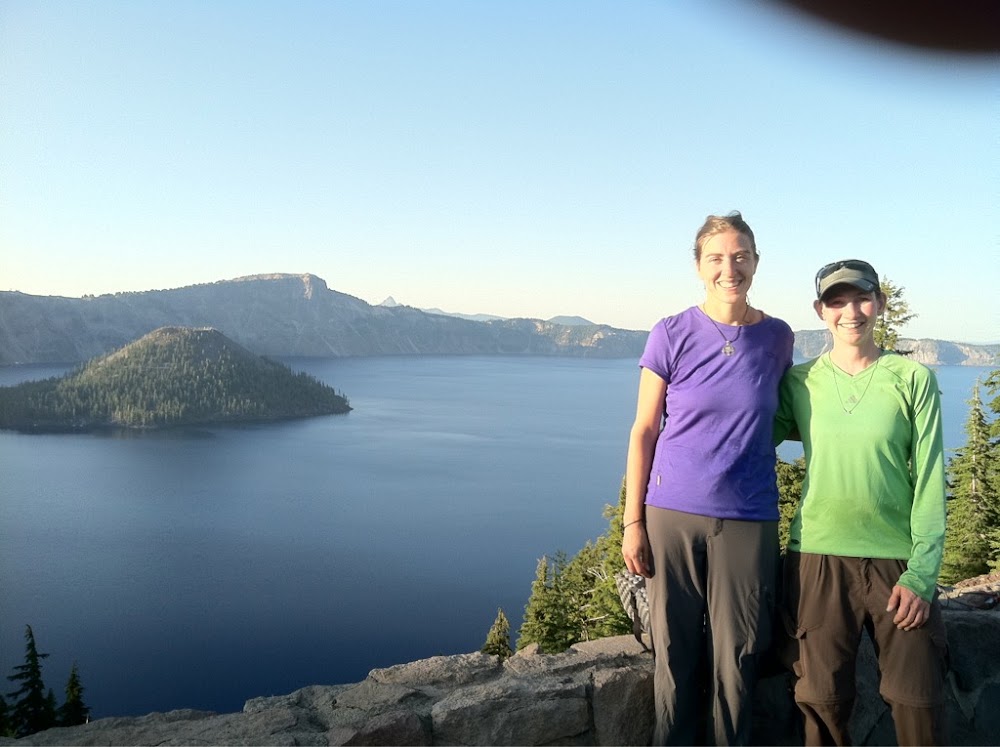 We hiked til dark and stealth camped near the rim. Camping isn’t really allowed along the rim, but it is quite forested, so it’s just too tempting! Here’s the view as we ate a late snack before going to bed. 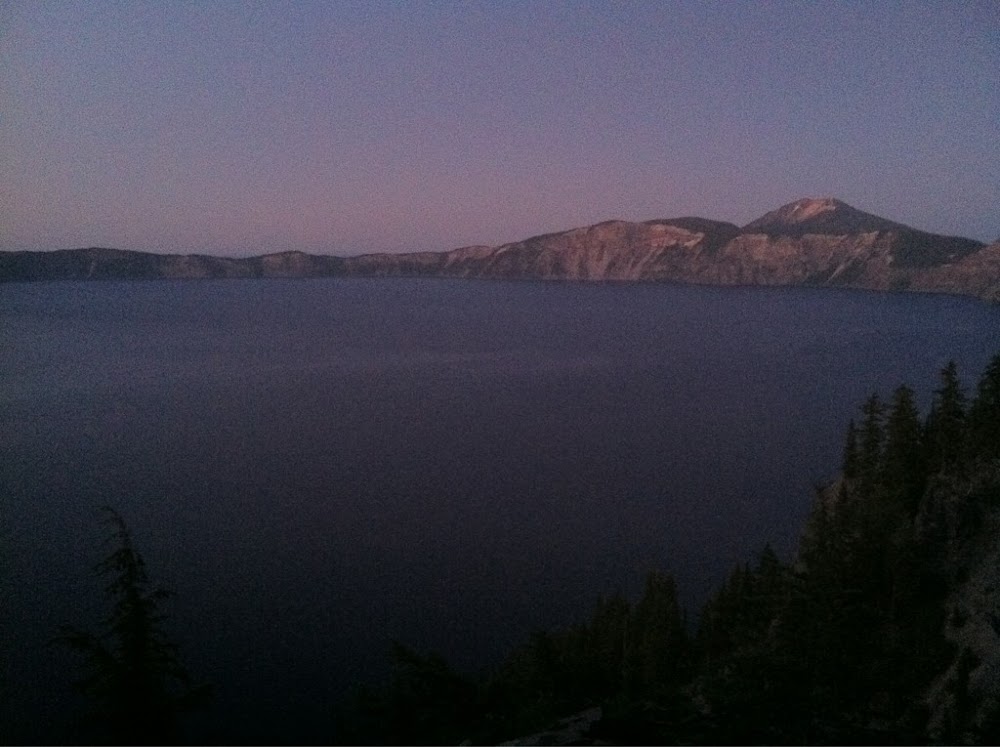 We are looking forward to getting up early tomorrow to watch the sunrise over Crater Lake as we continue hiking the PCT along the rim. Just awesome!

One last note, this entry will come out the same day that two of my good friends are getting married. I’m bummed to be missing their wedding, and wanted to let them know I’m thinking of them. Congratulations Andrea and Jeff! Wish I could be there! 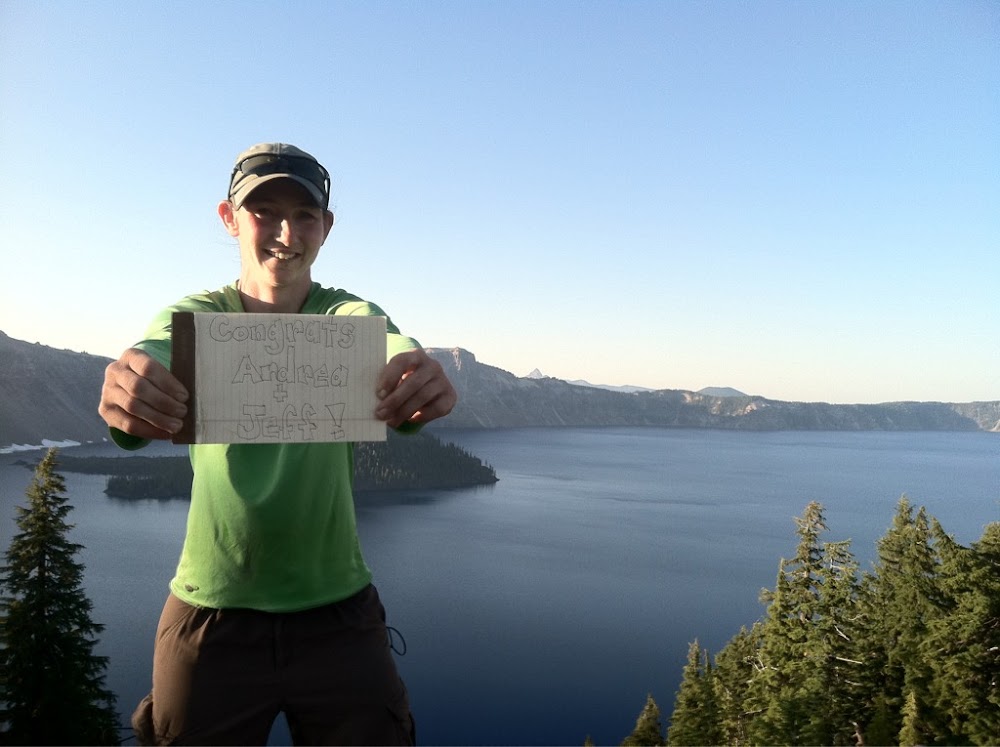