We woke up early today with the town of Mt. Shasta as our goal. Actually, the goal was a hotel, showers, laundry, and milkshakes! We knocked out the first 13mi pretty quickly and tried to stay focused. We leapfrogged with Two Hats a bit and also met a northbound section hiker named Hot Shot. We found a good spot for a lunch break and when I put my bag down, I noticed my solar charger was not on it anymore. Not another thing lost! I was so mad at myself. I must have forgotten to attach the velcro after our last water break. I was bummed and we hoped that either Two Hats or Funyan & Meow Meow might see it. While we were eating, Two Hats came up and had my charger! Whew! I just can’t believe how many things I’ve tried to lose out here. We had a fun lunch with Two Hats and a great view of Mt. Shasta as we ate. 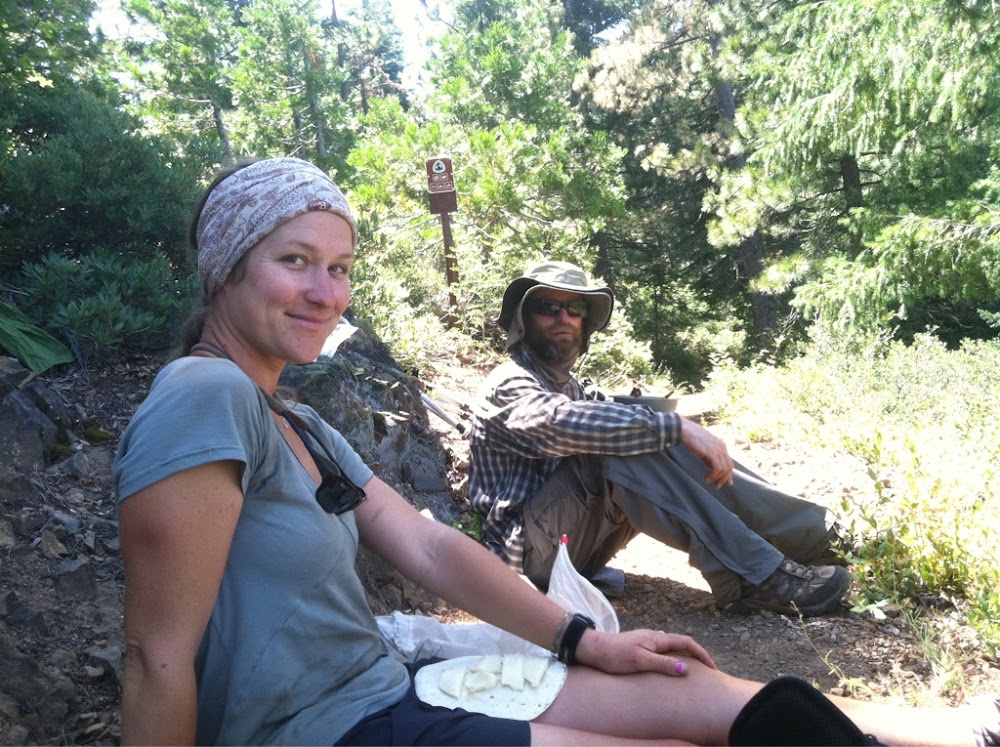 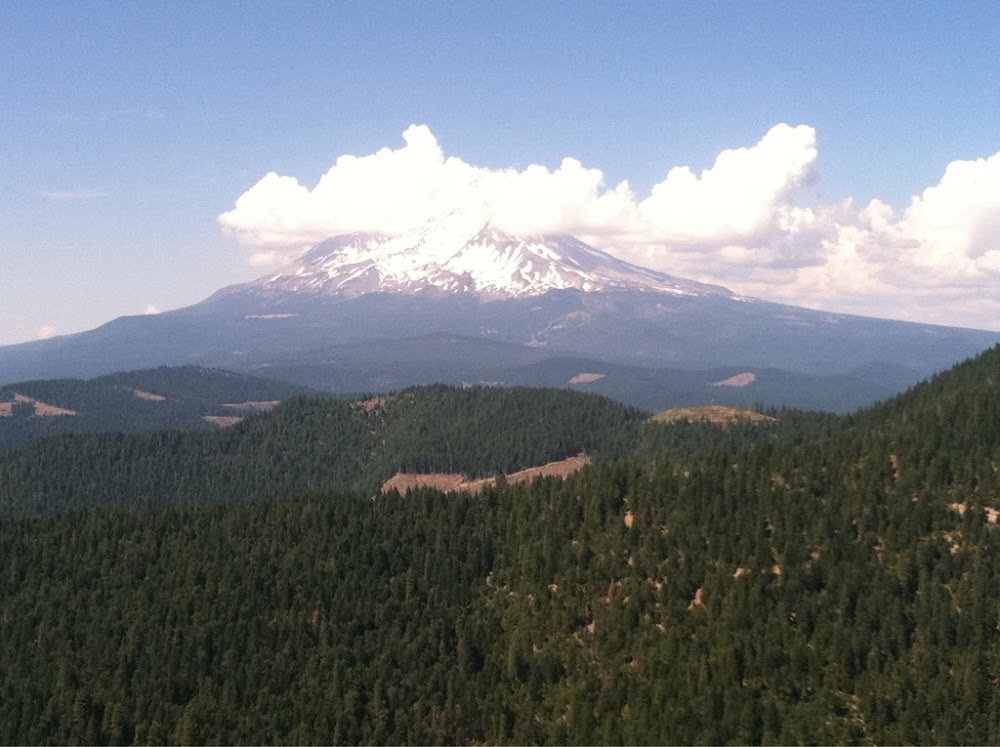 Most of the day was in the great wooded trails that I love, but we spent a fair amount of time on a ridge with views of Mt. Shasta and Castle Craggs, which we will see up close tomorrow. I just loved the full day in the woods even though there were some good long climbs. We went down quite a lot on long switchbacks as we headed to the Interstate. Then we came around the corner and saw the 1500mi marker made by other hikers Jack & Barb. Yay! 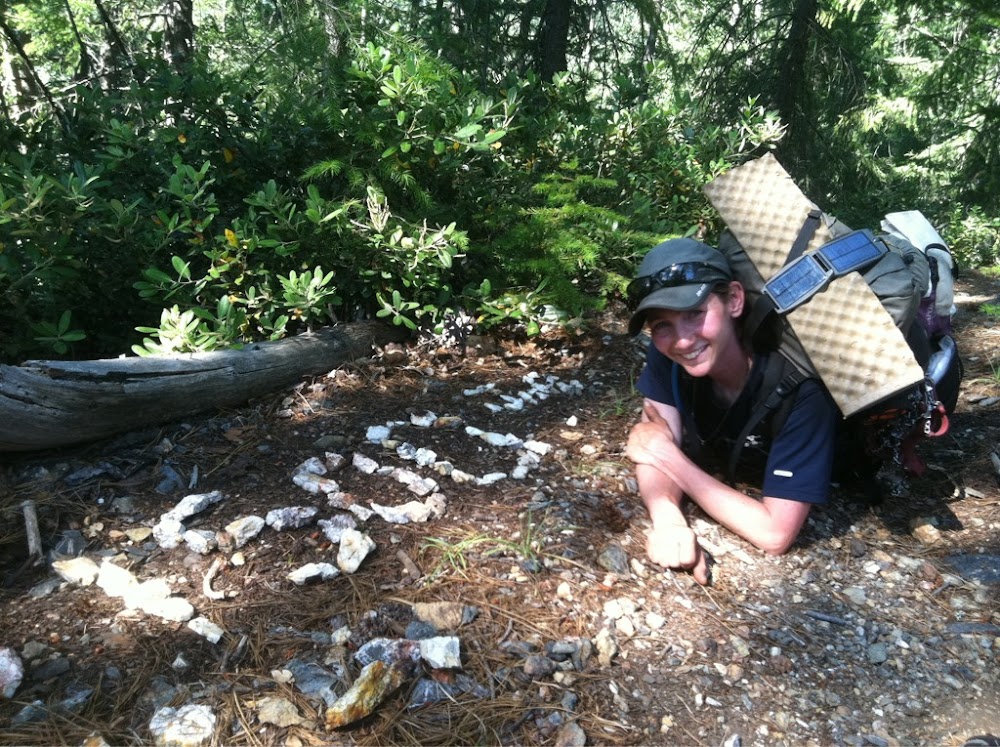 As we hiked today, we made calls to find out the rates for hotels in town. It had been weeks since both of us had stayed in a bed, so we were pretty excited about pampering ourselves for the night. Unfortunately, all the hotels were way too pricey, so we decided to camp at the KOA in town and the hotel would have to wait:( Then a miracle happened! The wife of a hiker ahead of us named Caboose saw on the journal that we were looking for a contact in Mt. Shasta. Her name is Sarah and she picked us up and gave us a ride into town. Then she offered for us to come over to her parents house for the night. No campground and a real bed! A miracle! Trail Magic! We immediately got milkshakes and then picked up a pizza at Papa Murphy’s to make at the house. Pizza and milkshakes! 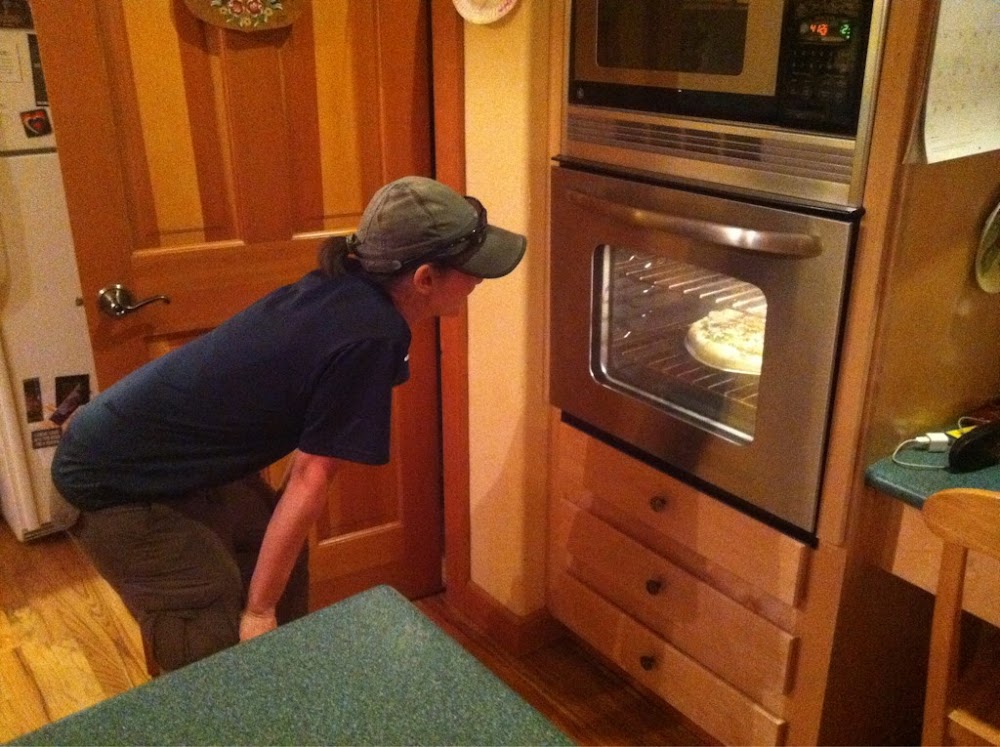 We also got to take showers and do laundry. It was wonderful! Here we are with Sarah, her parents, and two of her kids. The picture is courtesy of 7yr old Jackson. Hannah’s twin Sierra was sleeping. Yep, Sarah has four kids and they were generous enough to invite two hikers over the the house. So awesome! 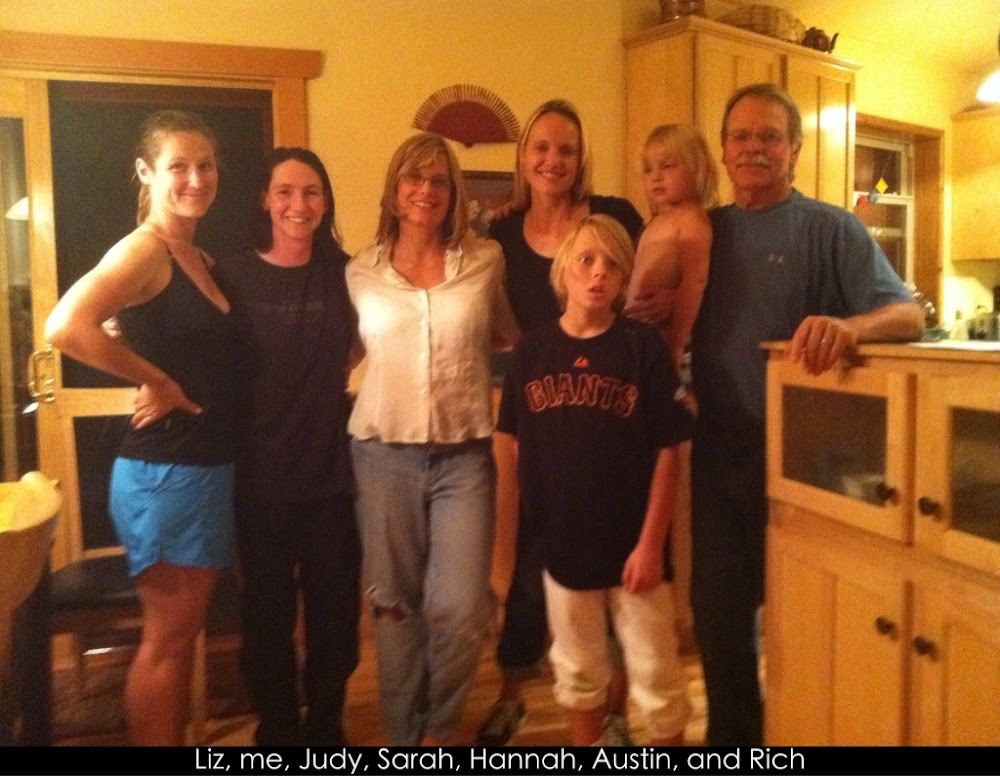 Thank you all so much! Liz and I really needed this to keep us charged for the next leg. Tomorrow, we head out towards the next town of Etna.