Today was my fifth day in a row of hiking solo. It hasn’t felt like I’ve been hiking solo because I’ve been hiking in areas that are also popular with the general public. Especially because it’s been a weekend, there have been a lot of people along the trail. Since today was Sunday and I was hiking and on a main trail in Mt Jefferson, I saw a lot of people today. Yesterday, I stopped a lot and talked with people and lost a lot of time. I’m on a bit of a schedule, so I decided to focus more on moving forward. It actually worked out because I blended in with all the weekenders coming out. Only one person realized I was a thru hiker. I don’t think many of them knew they were even on the PCT.

I got through the Mt. Jefferson Wilderness area much quicker than I thought I would. There was a pretty meadow area with great views of the mountain. 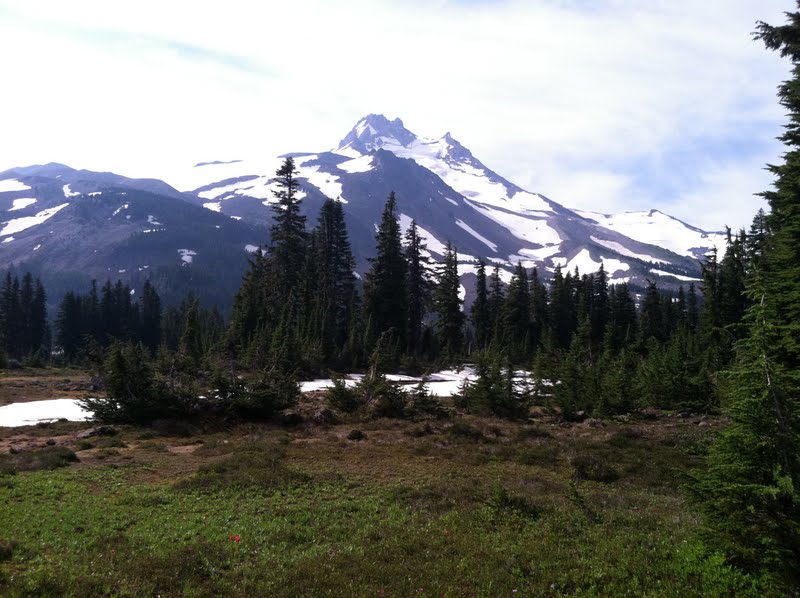 Then there was a steep climb out of the meadow area. I was saving my MP3 player for this climb and reached to get it out. Then I realized that my headphones were gone! They must have come out of my pocket last night when the thunder came and I ran down the switchbacks. Sheesh! That’s my third set of headphones this trip that I’ve lost! I’m so horrible at keeping track of things out here! So I climbed up without headphones and was excited to find that I was entering the Mt. Hood National Forest area. I got goosebumps when I saw the sign because it means I’m almost home! So close! 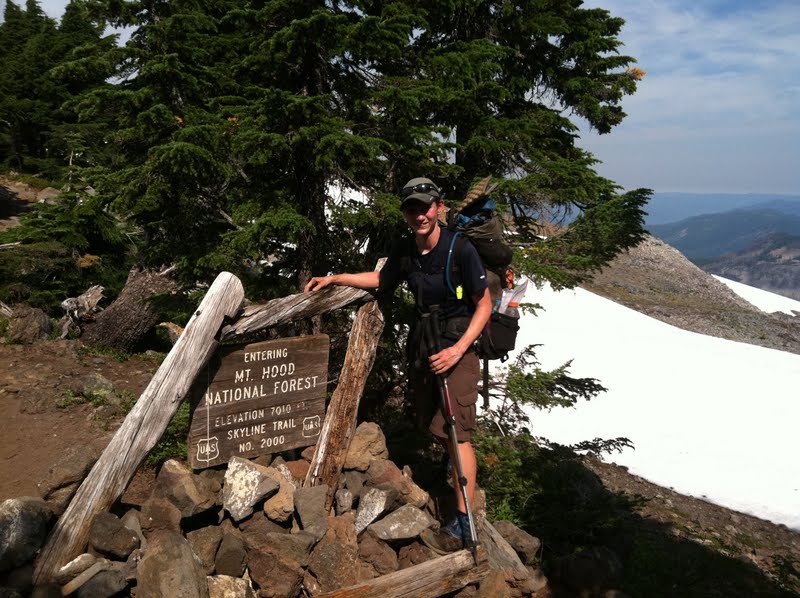 I was out of the Mt Jefferson area by noon and continued on into a forested area the rest of the day.
There was no one on the trail and it was really quiet. I have had horrible phone reception in this area, so I couldn’t even talk to anyone. I was in silence most of the day. Around 2pm, the thunder started rolling again and it rained briefly. The rest of the day, it was overcast and rumbling, so I was pushing hard to get my miles in before it stormed.

Later in the afternoon, I came to Ollalie Lake and dropped by the store to pick up more snacks. I was in a hurry and worried about the rain, so I tried to make it quick. I payed way too much for way too little food and started to pack up. A group of weekenders returning from camping asked it I was a thru hiker and offered me their extra food. I got some great stuff and was able to return some of the expensive stuff I got at the store. I was so worried about the incoming weather that I didn’t even take a picture with my trail magic and angels. Whoever you are, thank you and I’m sorry I had to rush off so quickly!

I rushed up the trail and had over three hours of hiking to do. Back to the silence. After a couple of hours, I saw two guys walking towards me. The first one immediately recognized me and asked if I was Erin. When I said yes, he ran towards me and gave me a big hug. His partner came up and did the same. They both have been following the journal and were a ton of fun to talk to. I was bummed we weren’t walking the same way. They gave me just the boost I needed to finish the day. Hi Don and Richard! It was great to meet you today, and again, I’m kicking myself for not getting a picture!

I got to Lemiti Creek just after 7pm and it was not the beautiful flowing creek I imagined I’d be camping next to. Here’s a picture of my water source for the night and my first 9mi tomorrow. Great, right!? 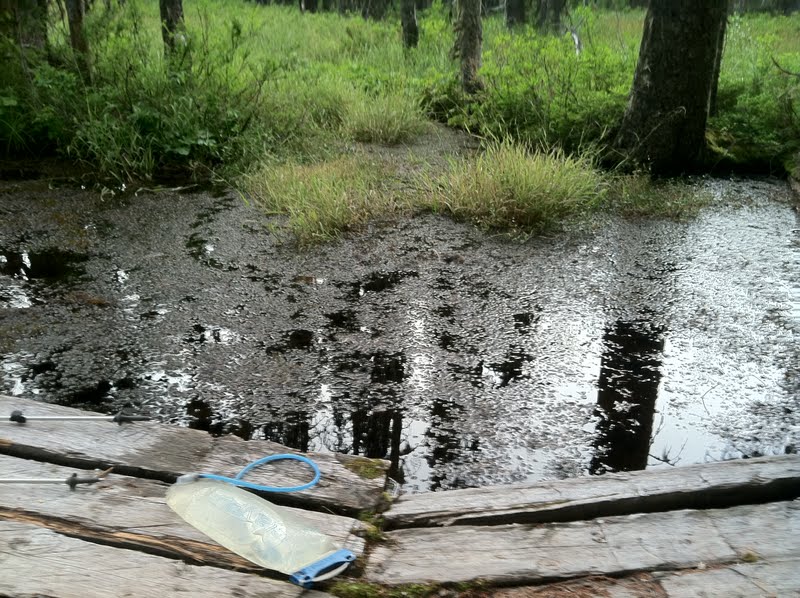 The good news is that the thunder didn’t produce anymore rain. As for my day of silence, I am proud that I can hike for a full day and somehow be okay by myself. Especially after multiple days alone. I really have seemed to find a peace with my silent time on the trail. It helps that I love the woods. The time goes by quicker than I thought it would and I’m somehow not driving myself nuts in my head. I still prefer to have my music and phone along with periods of silence, but I don’t have that option right now. Many of you probably think that it’s good for me, but I need a better balance. Also, my twin sister is due to have her first baby anyday now and I’ll be bummed if I totally miss it. Twelve hours of silence if a bit much. I’m expecting tomorrow to be even more secluded than today. I’m hoping it goes by fast because I’m only two days from Timberline Lodge!