For the fourth day in a row, Yankee and I walked through the Washington forest. Every so often, we get a nice view, but most of the day looked like this. 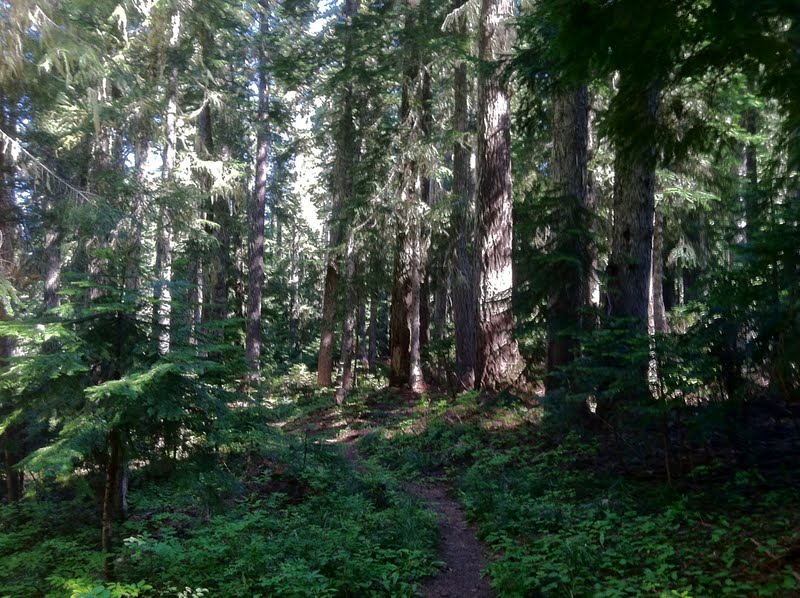 There wasn’t as much uphill as we’ve had, but there was still a significant amount and we were proud to get over 30mi in. We were feeling good and got 16mi done by noon. At lunch, we checked the map and decided to try to make it to a campsite another 15mi away. We have found that we are less productive after lunch and the miles seem to come less easily. In the late afternoon, we finally hit what we’ve been working towards for four days of basically uphill forest. It was Mt Adams and we were right at the base of it. In real life, it is quite impressive and it was cool because the trail skirted around half of it so we could see various views of the mountain. 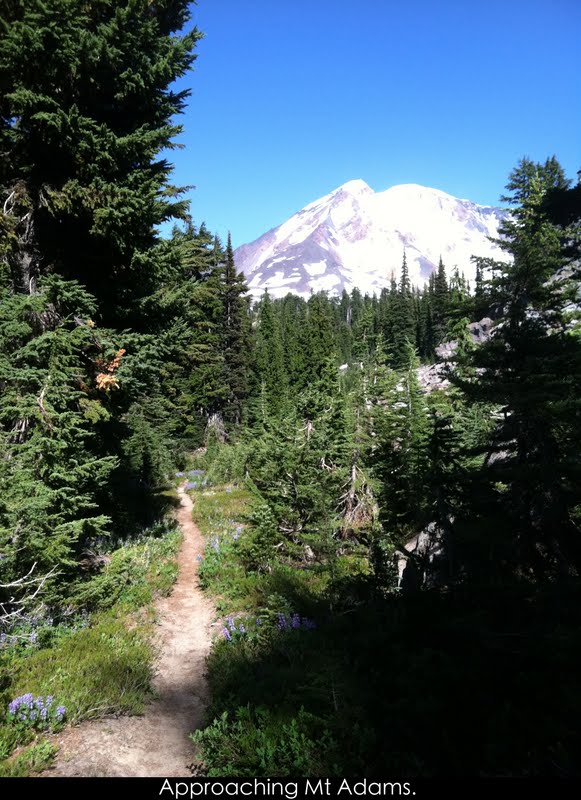 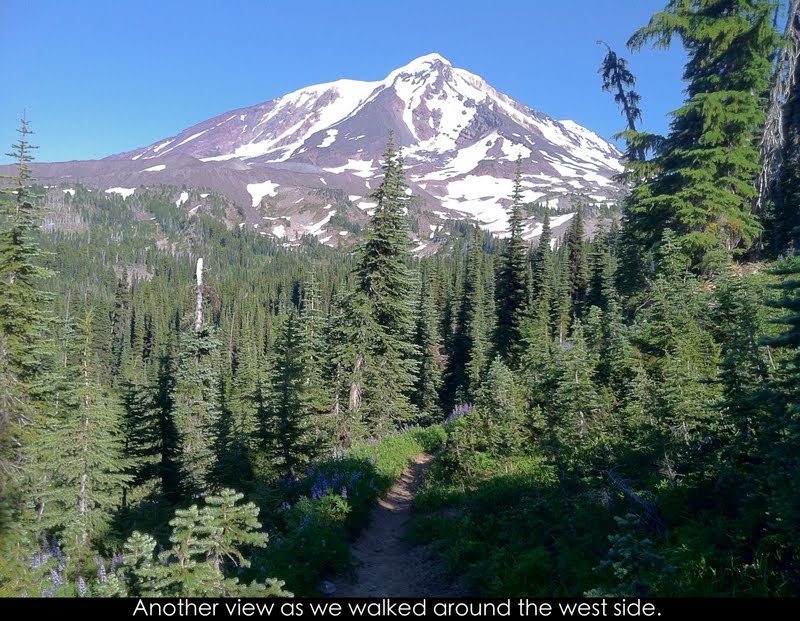 Other than seeing Mt Adams, the day was really uneventful. The mosquitoes have been annoying since yesterday afternoon, but thankfully not as bad a Southern Oregon. We saw a few day hikers today, but didn’t really talk to anyone. Yankee and I have had fun discussing details of where we were and when along the trail. We were apparently very close to each other many times and we have each hiked with many of the same people at different times. It’s just fun to discover how small this trail world can be. I found out that Yankee originally started this hike with his older brother named M&M. His brother is home now after an attempt at flip flopping with another hiker named 3C. What I love about my journal is that I can clearly remember the day I ran into 3C and M&M when they were beginning their flip flop attempt. I looked back and had written about it on day 38. It was just cool that I had met Yankee’s brother just after they separated.

Well, that’s about all for today. We did get some nice views the second half of the day of some of the surrounding mountains and the cascades that I can share. 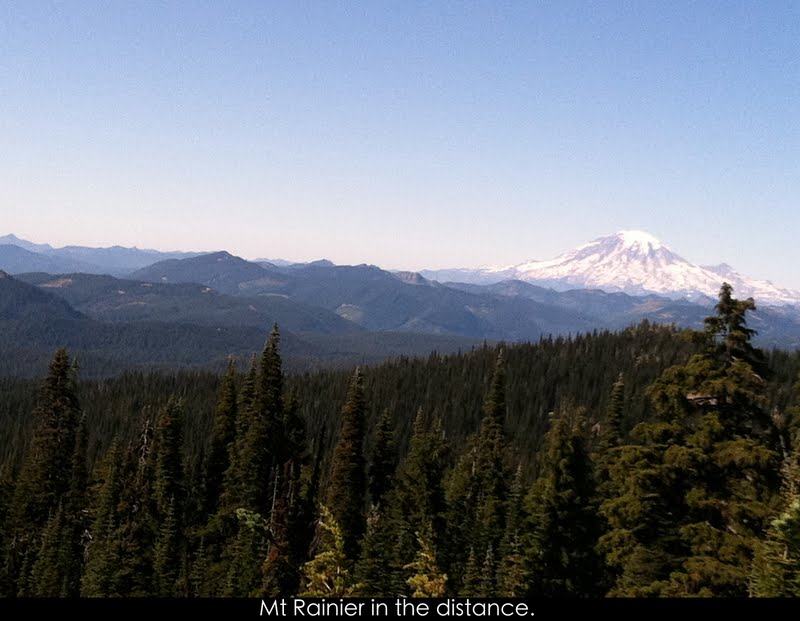 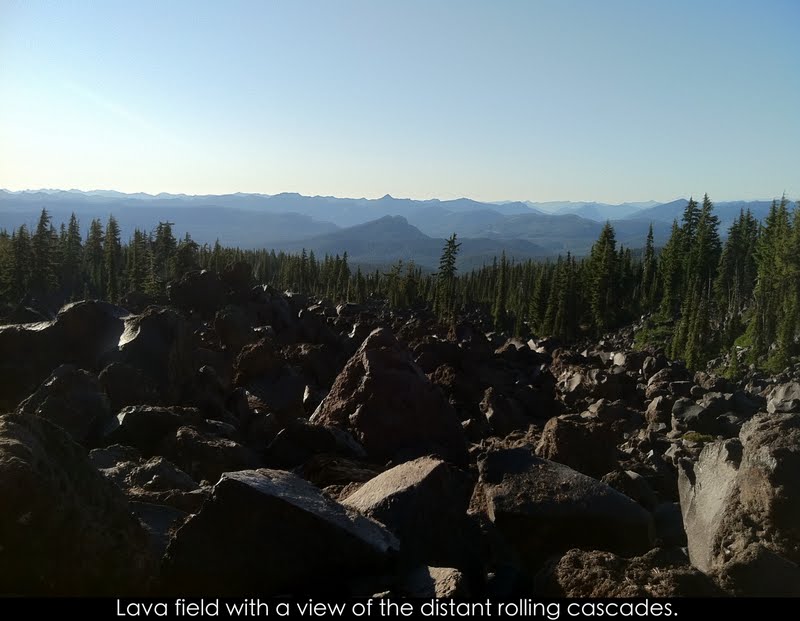