Day 137: A Much Needed Break and Magic

Today was a day I’ve been looking forward to for awhile. We had a 16mi hike into Snoqualmie Pass and Top Shelf’s step grandparents offered to host me at their condo just a few miles off the trail. Yankee and I both needed a break and were excited to get there. We woke up before our alarms at 4:30am. I was already awake and haven’t been sleeping very deeply lately. Last night, I was woken at 2am by some elk that came pounding down the trail. It was so loud that I thought it was horses for some reason. Then they turned into the woods and the bugling started, so I was still half awake when Yankee got up. It was the night before a full moon and it was so bright that I didn’t even need my headlamp to pack my stuff up. We started out in the dark for a good 30mins of hiking today.
The hike in was hilly and annoying, but it went by fast. A few miles from the pass, we came across even more trail magic. It was great! A cooler with cookies, fruit, and drinks. Washington is showing Oregon up in the trail magic department. I only had trail magic once in all of Oregon and I’ve already had so much in Washington that I’ve lost count. 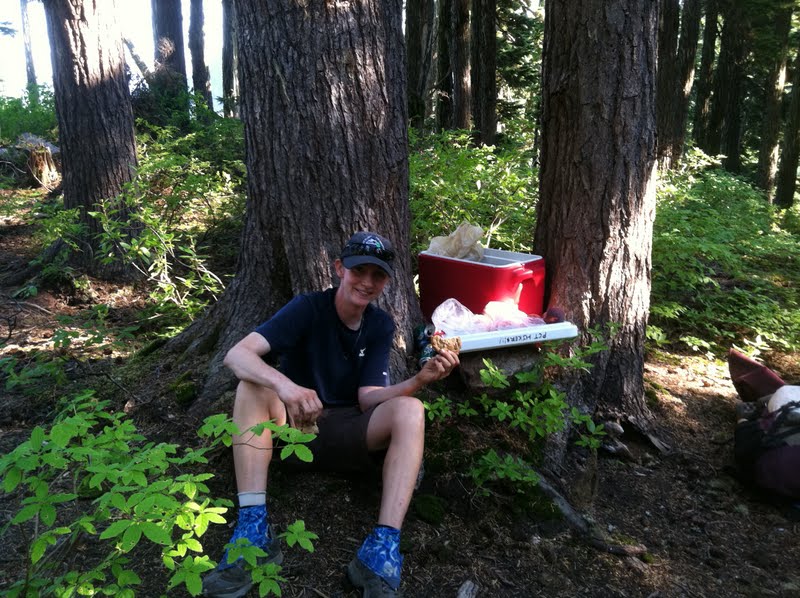 We were on a mission and even with the trail magic stop, we made it to the pass before noon. Top Shelf’s step grandfather, Bill, picked us up and took us to get our resupply boxes and groceries. I got another set of headphones I’m determined not to lose! We saw some other hikers there. None of them are continuous thru hikers, but we’ve seen them for awhile now. Chris, who I met at Crater Lake, is ahead of us by half a day. There was also Popeye and Olive Oil, who I also last saw at Crater Lake. They are also getting back on the trail tomorrow and we might see them more on this next leg. At the condo, I was quite excited to get on Bill’s computer and fix the resolution on my photos from the last week or so. I’m still not able to load them clearly from the trail, but I’m determined to fix them when I get to a computer. Here I am with Bill. 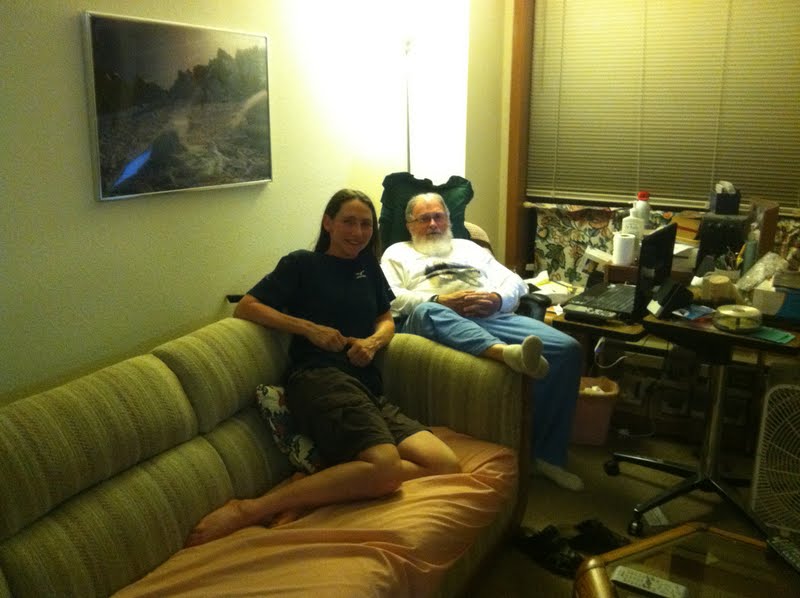 His wife Nikki is who I’ve been in touch with most of this hike and she was unfortunately sick and unable to make it to the condo. Thank you Bill and Nikki! We really needed this break and it was great! 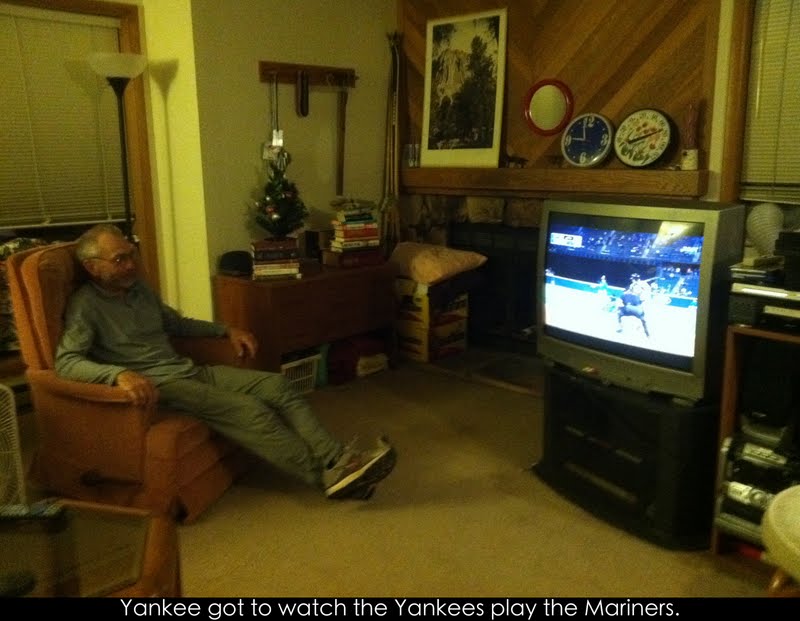 Yankee and I were able to weigh ourselves. I was worried because I’ve noticed my pants are falling down again and I had them taken in in Northern California. Just this week, I noticed my underwear was falling down and it’s causing bad chafing in painful spots! So, when I weighed myself, I found that I’ve now lost 18lbs and I weigh 104lbs! That sucks! I’ve been aware of it and I’m trying to eat, but I’m just not hungry. I’m just carrying more weight with all that food. Yankee was also disappointed to find that he’s also losing more weight. He has now lost 30lbs and weighs 138lbs. We are both going to try to eat more the rest of the trip. 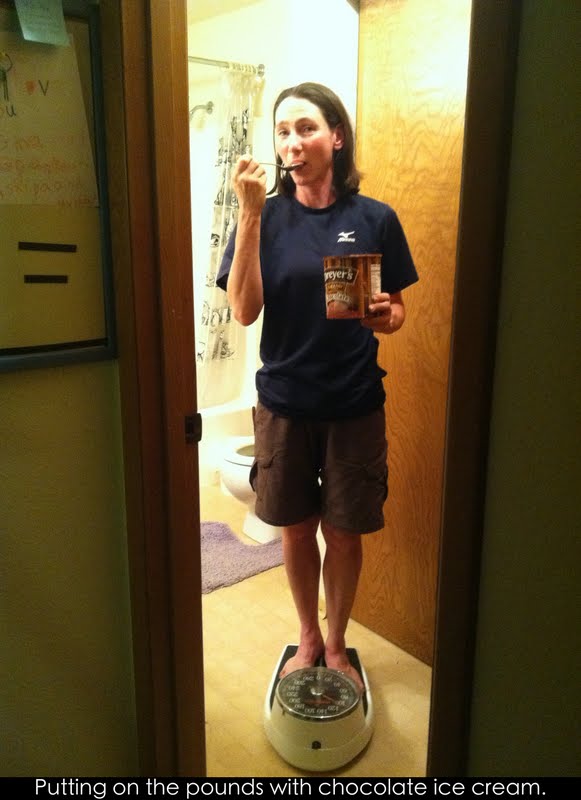 This next leg looks pretty challenging with lots of steep ups and downs. We saw a view of what we’re headed toward and it looks rugged. 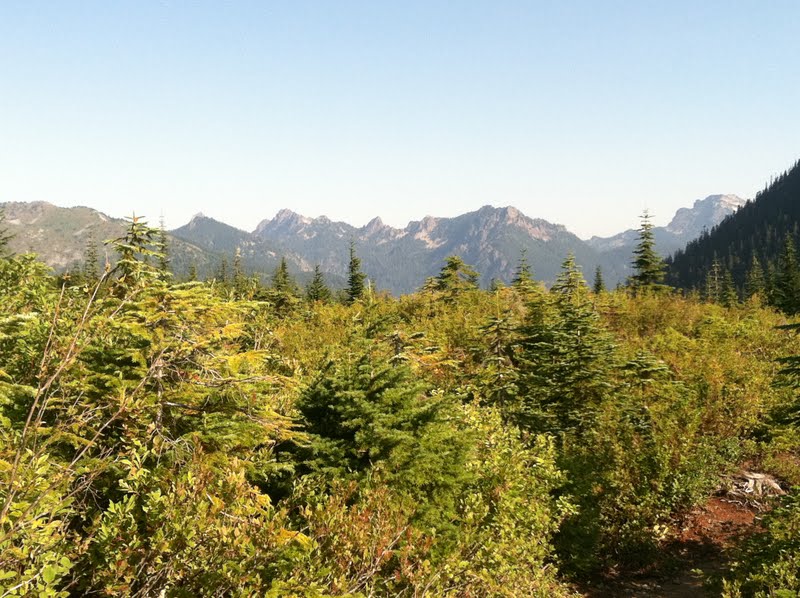 We are so close, but it still feels so far away. I’m glad this next leg is only three days and two nights long so I can use my headphones a ton. I have a feeling I’m gonna need them!