Day 141: The Game of Rain Roulette

I left the Dinsmores with Yankee and Bookworm later than we wanted. I did manage to get a picture of the Dinsmores before we left. It’s amazingly difficult to get the two of them in the same place and standing still long enough fir a photo. I considered it a great accomplishment to get this photo. 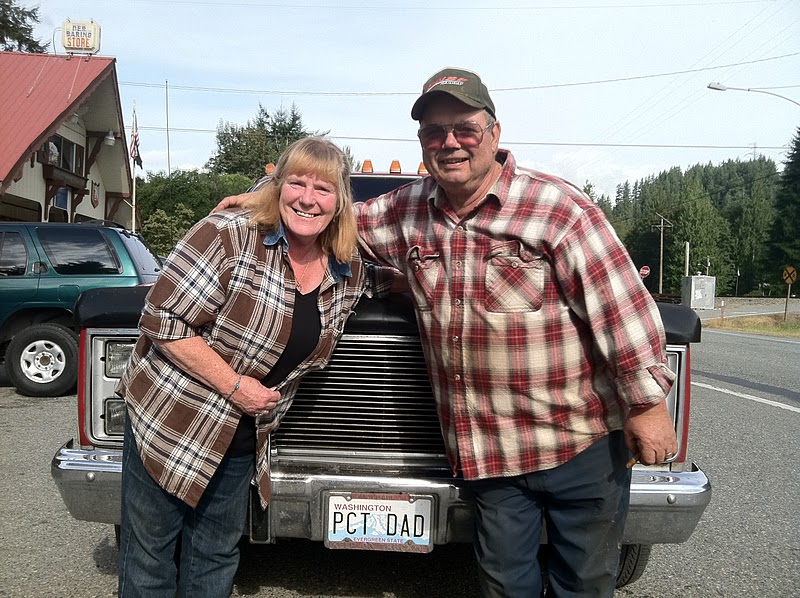 The morning got away from us and we got on the trail by 11am. Our plan was to do about 20mi today, so that was okay. It rained last night more, and there is supposed to be a ton of brush on the trail, so I wore my rain gear. Luckily, we got going so late that the brush wasn’t too wet, but the rain pants were still helpful. 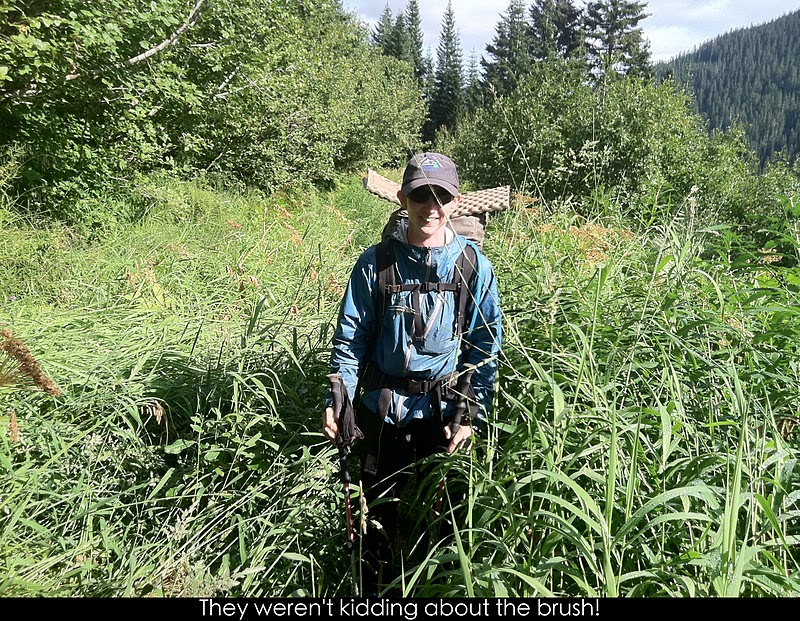 I mentioned this morning that I was kicking myself for not having tights to wear under my rain pants. It has gotten significantly colder and the cold plastic of the rain pants on my legs is not fun. As I said that to Yankee, he held up some thermals that were in the hiker box. Whoa! It was a miracle! It turns out that Bookworm had just put them in there because his wife sent him two pairs and he only wanted to carry one. How perfect is that!? My legs were in heavenly warmth all day. Yay! By the way, many of you may like knowing that Bookworm is an avid reader. He has made a goal of reading a book every 100mi. He has a Kindle and reads at night. Bookworm has read 22 books and they are listed on his journal if you look him up at postholer.com. He has read 22 because he skipped the end of the Sierra and will be going back down to do a couple weeks after we get to Canada.

The hike today was some of my favorite kinda of hiking. The crisp autumn air, that I love, is great to hike in! We heard that today would be clear until the evening and that rain is expected for the next two days. The clouds were looming all day and the views were great. 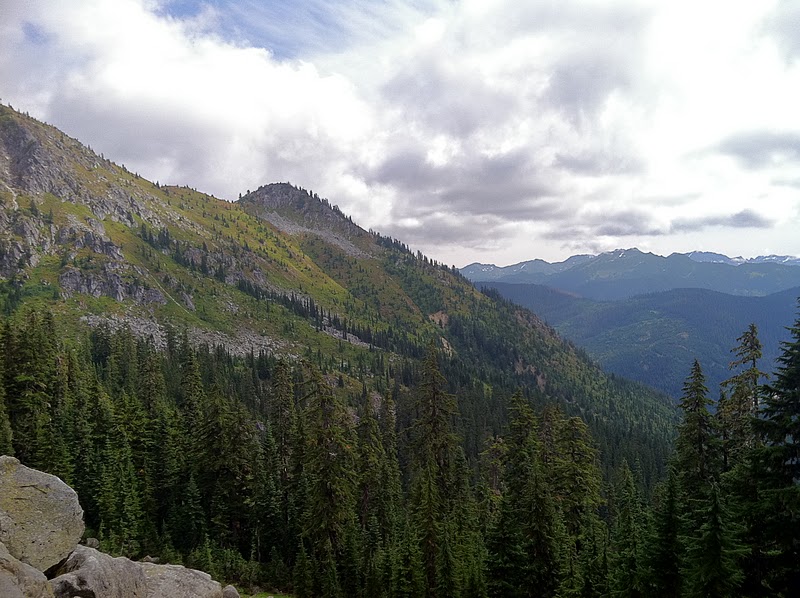 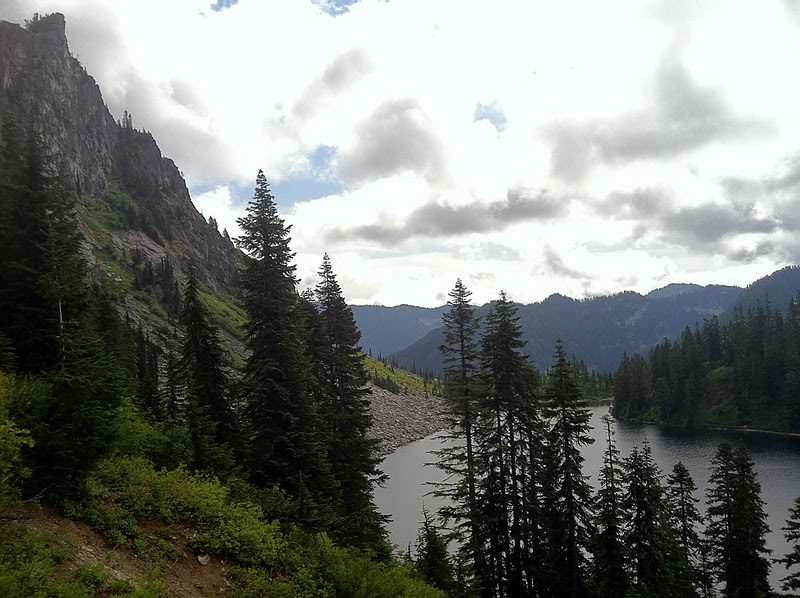 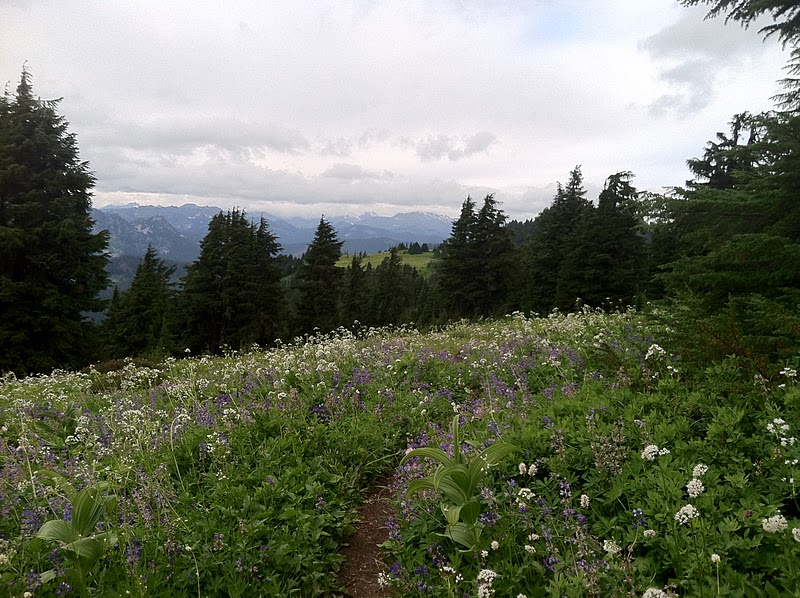 Knowing that rain was coming, we wanted to try to do as many miles as we could today so that our days in the rain could be shorter if we needed. We had to book a room in advance in Stehekin because they tend to sell out. The only way there is by ferry or a shuttle bus, so we are kinda on a schedule to make the bus in a few days. With the late start, we found ourselves stuck between camping too early or too late today. We wanted to push ahead, but it looked risky as far as finding campable spots. We made the decision to book it and risk it so that we’d have less miles in the rain the next two days. As we hiked past our earliest camping option at Pear Lake, we heard someone yell from down by the lake. It was Colin who left much earlier than us this morning. He had also found himself in the same predicament and decided to camp early also because he has been developing a shin splint. We decided to join him cause it was a nice campsite. They even had an outdoor wooden toilet! 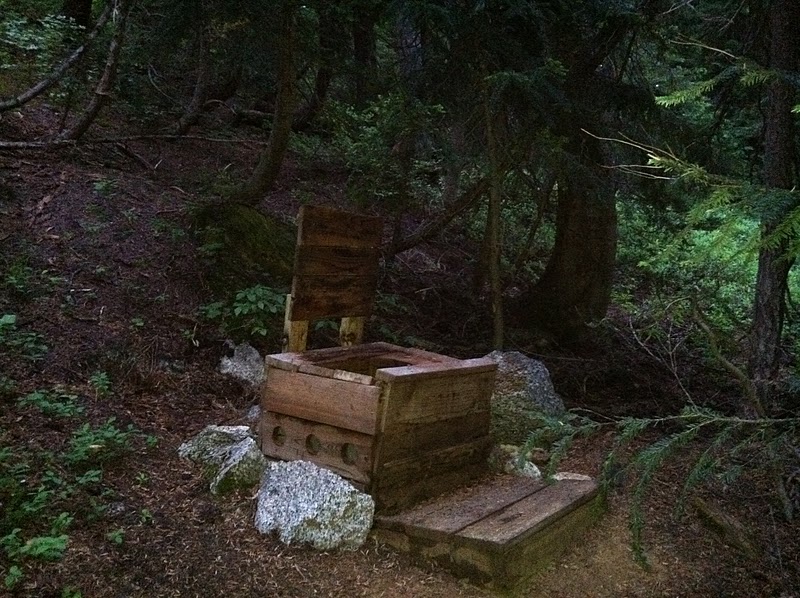 It was a great spot and it was getting cold fast, so we pitched our tents. 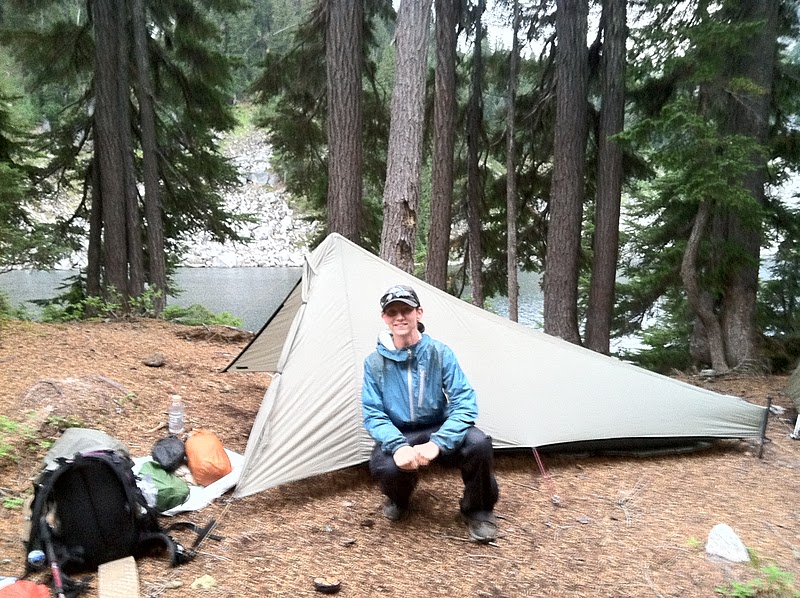 We were very aware of where and how we pitched the tents in case it rained all night. Just as we got our tents up and dinner made, the rain started! Good thing we didn’t keep hiking! It rained for almost an hour and we were all so thankful to be warm and dry in our tents. So lucky! It is now well below forty degrees and the rain has stopped for now. We are all hoping it won’t be raining in the morning cause it is really cold out there! We are all going to get going together tomorrow and are hoping for a somewhat dry day. I am excited to get to sleep early. It is just now 9pm, and I’m dozing off as I type this. It’s in the mid 30s and raining. I’m so happy to be warm and dry! So far, we are winners at the game of Rain Roulette!