The first half of the day today was a steady climb out of a canyon. It was good trail and gradual, so we made better time than we expected. It’s definitely feeling like fall up here and the colors are changing a bit. Here is our view as we hiked out of the canyon this morning. 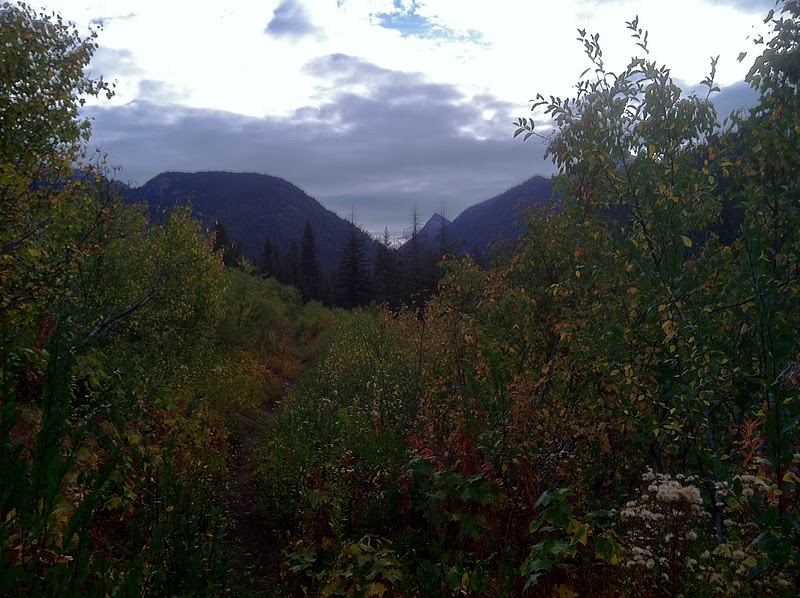 We made it to Rainy Pass just after 10am and that was exiting because it is the official start of the last section. I was hiking with Bookworm and we thought Yankee was right behind us. We all had a snack together 3.5mi earlier and when we waited at the road, Yankee was nowhere to be found. We sat at a picnic table and ate an early lunch while we waited. Then Bugs and Bunny, who I met in Southern Oregon, walked up. We asked if they saw Yankee and they said no. That was really strange. They ate some food while we waited even longer. When they left, they had trouble finding the trailhead so I looked at the map more closely. We were at the wrong trailhead! The trail had split on the other side of the road and we had chosen the wrong one! It had been an hour and twenty minutes and now Yankee was probably well ahead of us wondering where we were. I hiked faster hoping to eventually catch him. A hiker named Free Fall was hiking southbound and let us know that Yankee was asking if we were up trail and when he said no, Yankee wondered if he had somehow gotten ahead of us. After a couple hours of practically running uphill, I finally caught up to Yankee. Whew!

That was our morning entertainment, but the real star of the day was the North Cascades National Forest. There were a ton of day hikers out and it was a perfect day. I was so excited. I couldn’t stop taking pictures. It was just all so grand and epic. Just how I’d want this hike to end. It really is rewarding to end in such impressive scenery! 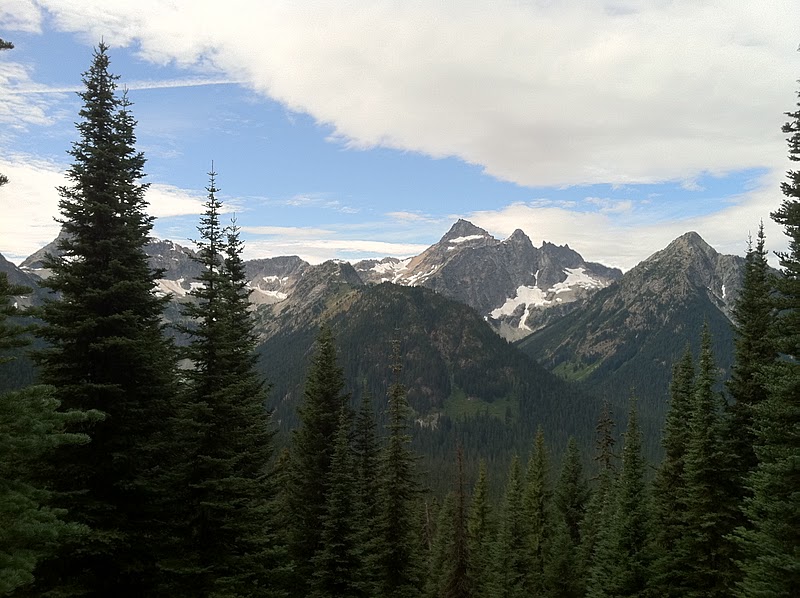 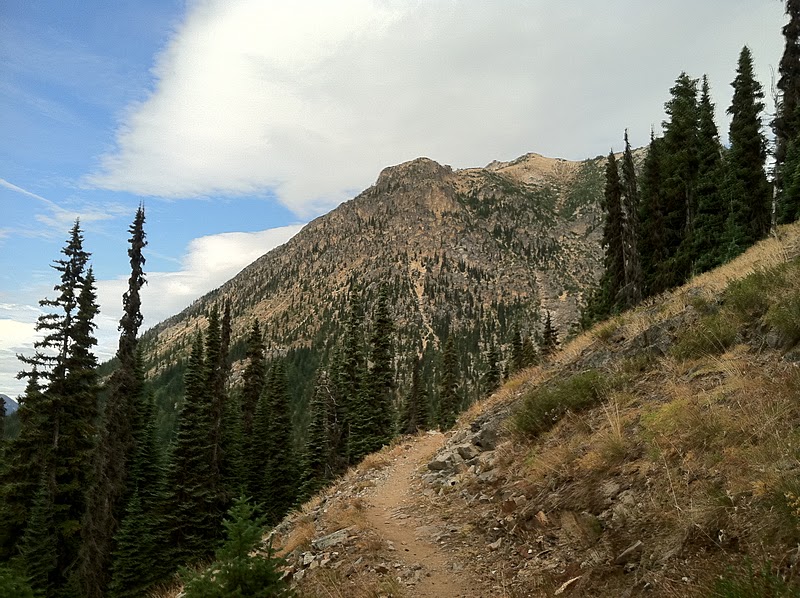 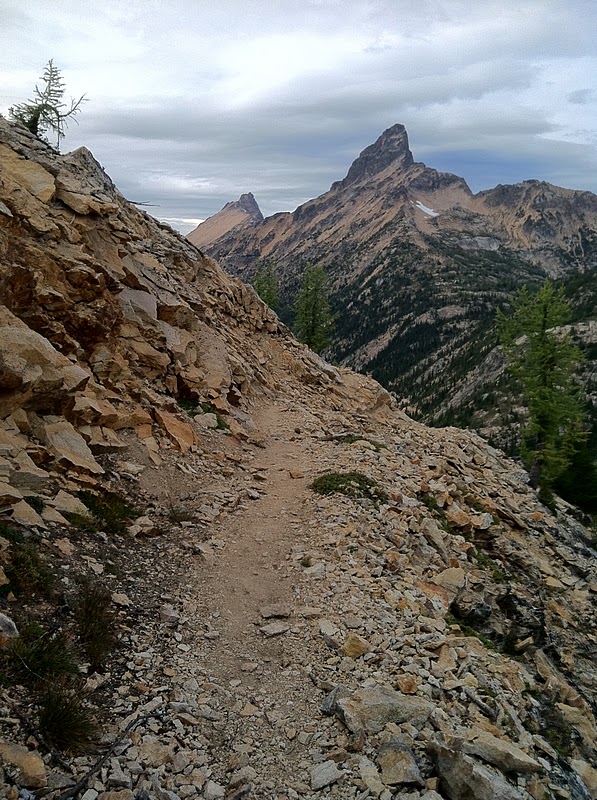 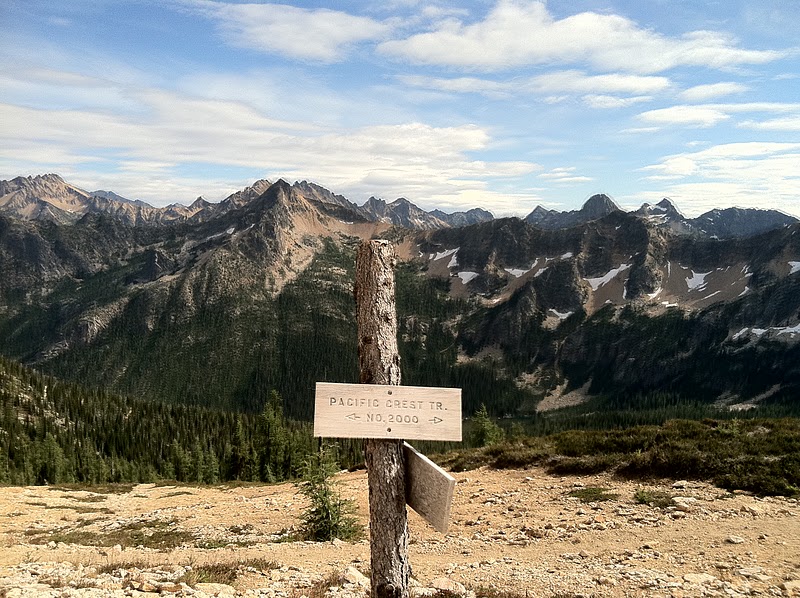 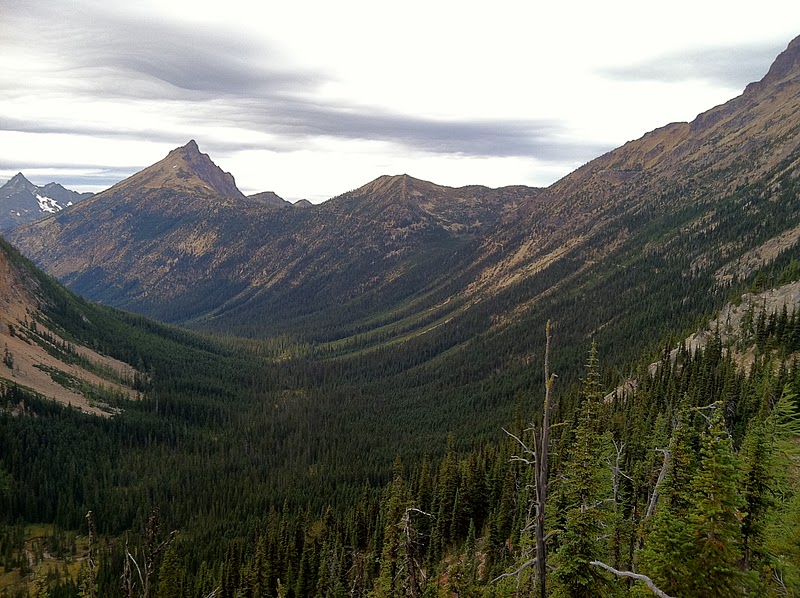 Even with our minor hiccup today, we made such good time, that we ended up doing more miles to the next camp. Colin caught up to us and hiked well over 30mi today. He is at a camp two miles back and will probably go by us tomorrow morning.

Our problem tonight was that the campsite shown in Erik the Black did not exist, or we couldn’t find it. So frustrating at the end of a long day. There were some cairns leading through a lot of brush and I yelled to Yankee that it was showing the trail there on the GPS. Yankee was tired and frustrated and flailed his arms without looking back and kept walking. Yankee gets that way when he’s tired, and frustrated that the GPS isn’t matching the other types of maps we all had. I put my pole down for Bookworm to see since he was a bit behind, and investigated the cairns through the brush. No camp and no Yankee. Bookworm and I walked up trail to where Yankee had marched, but he was too far to catch. The two of us ended up camping on the trail because it was getting dark and there was a lot of brush. We are assuming we’ll see Yankee in the morning.

Since we did more miles today, we hope we can keep the momentum going and get all the way to Manning Park, which is the first place in Canada where we can reach civilization after the monument. That is great! It was going to be anti-climactic the other way we had it planned. There is over an 8mi walk after the monument to get to civilization, and initially, we didn’t think we could do it all in one day. Now it looks possible! That means there is only two days of hiking left and one night! How exciting!!! Tomorrow could be the last night camping along the trail. Just unbelievable!