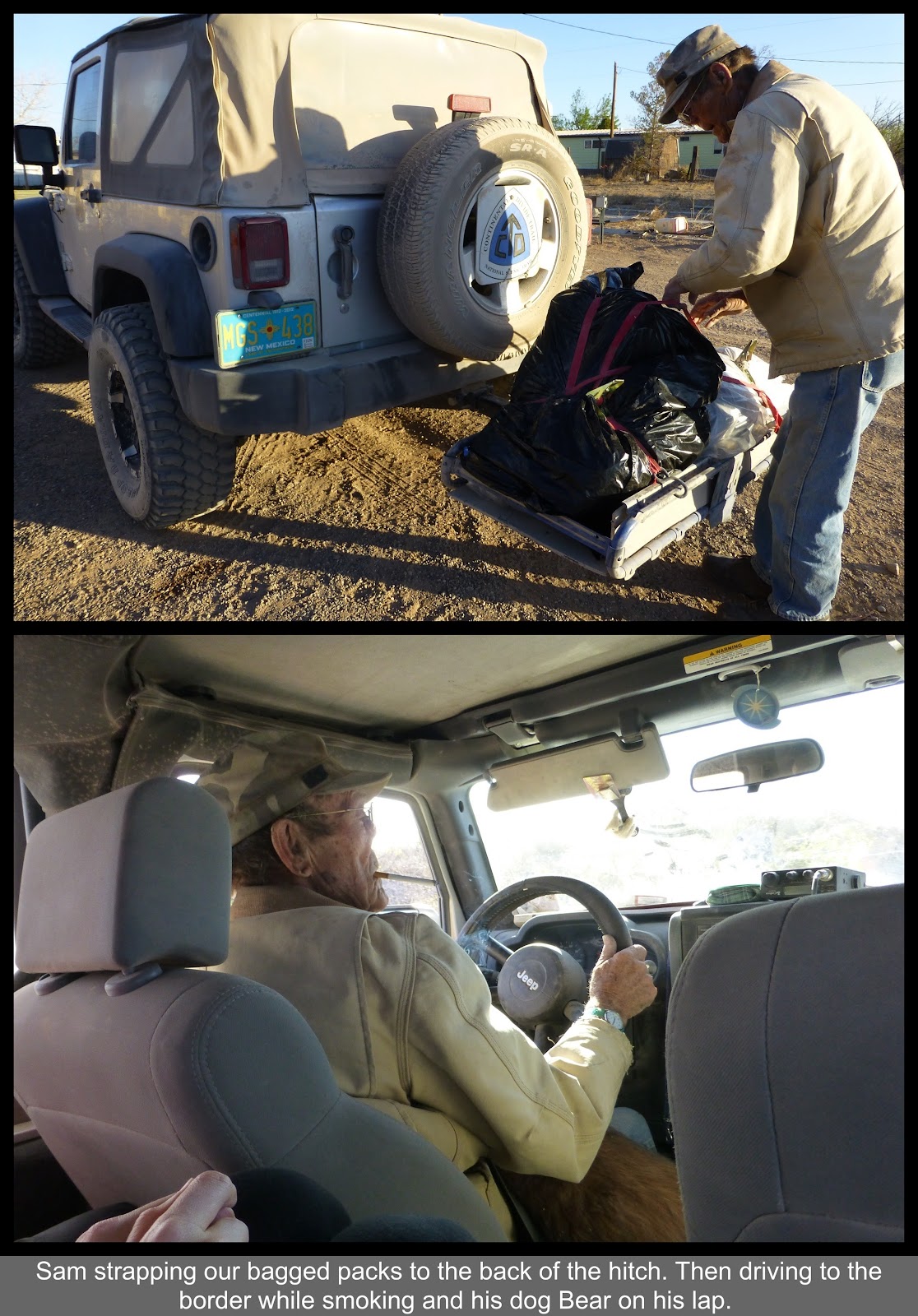 Along the way, we met the hiker ahead of us who started yesterday. His name is Puck, he is getting is triple crown, and he walks in Chaco sandals with no socks. Crazy! When we got to the border, we took the ceremonial border pictures. Someone attempted to steal the monument a couple months ago, so it is off of its base, but we are lucky because it literally weighs tons and some guys ahead of us got it to the standing position just the other day. 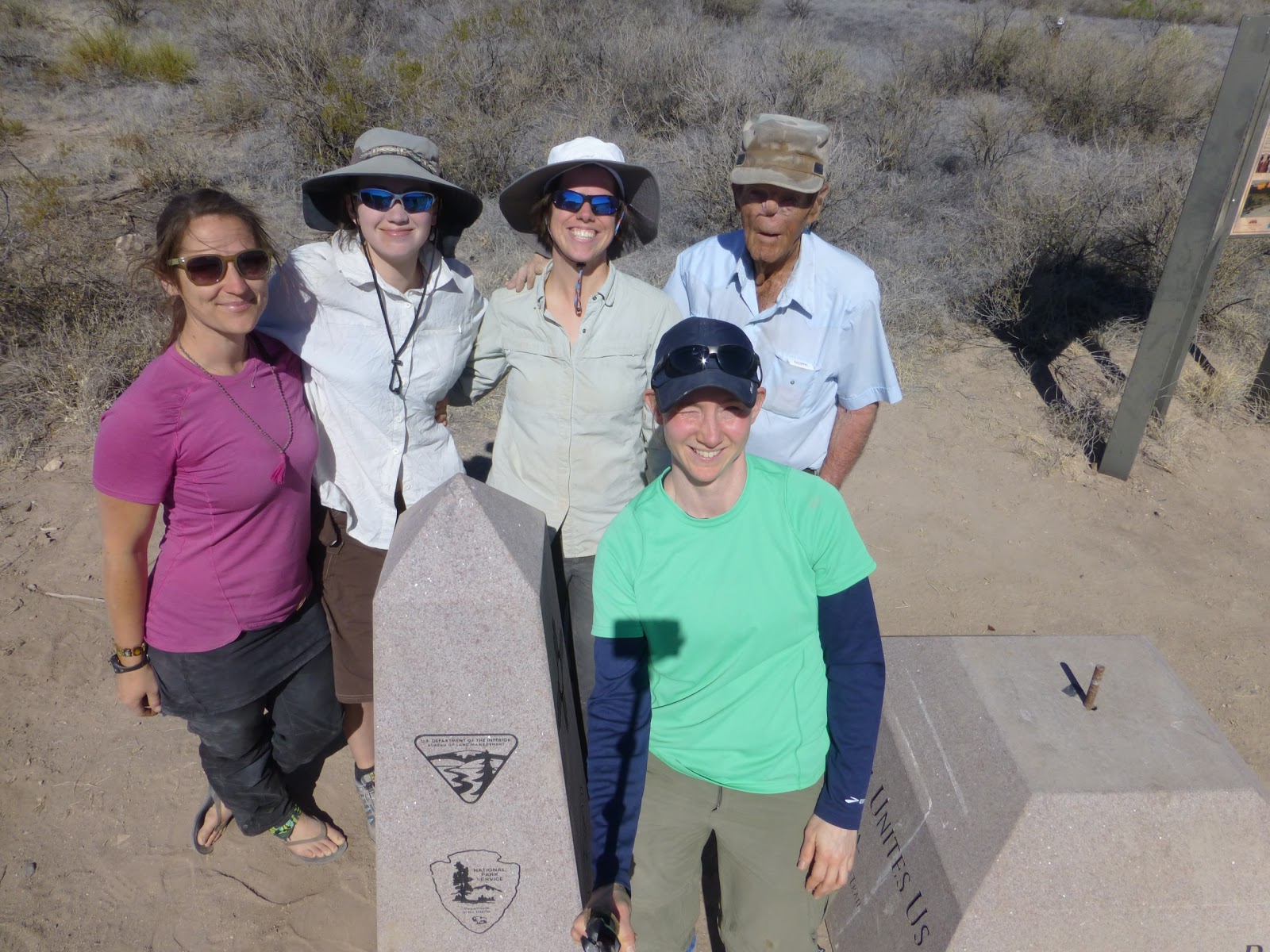 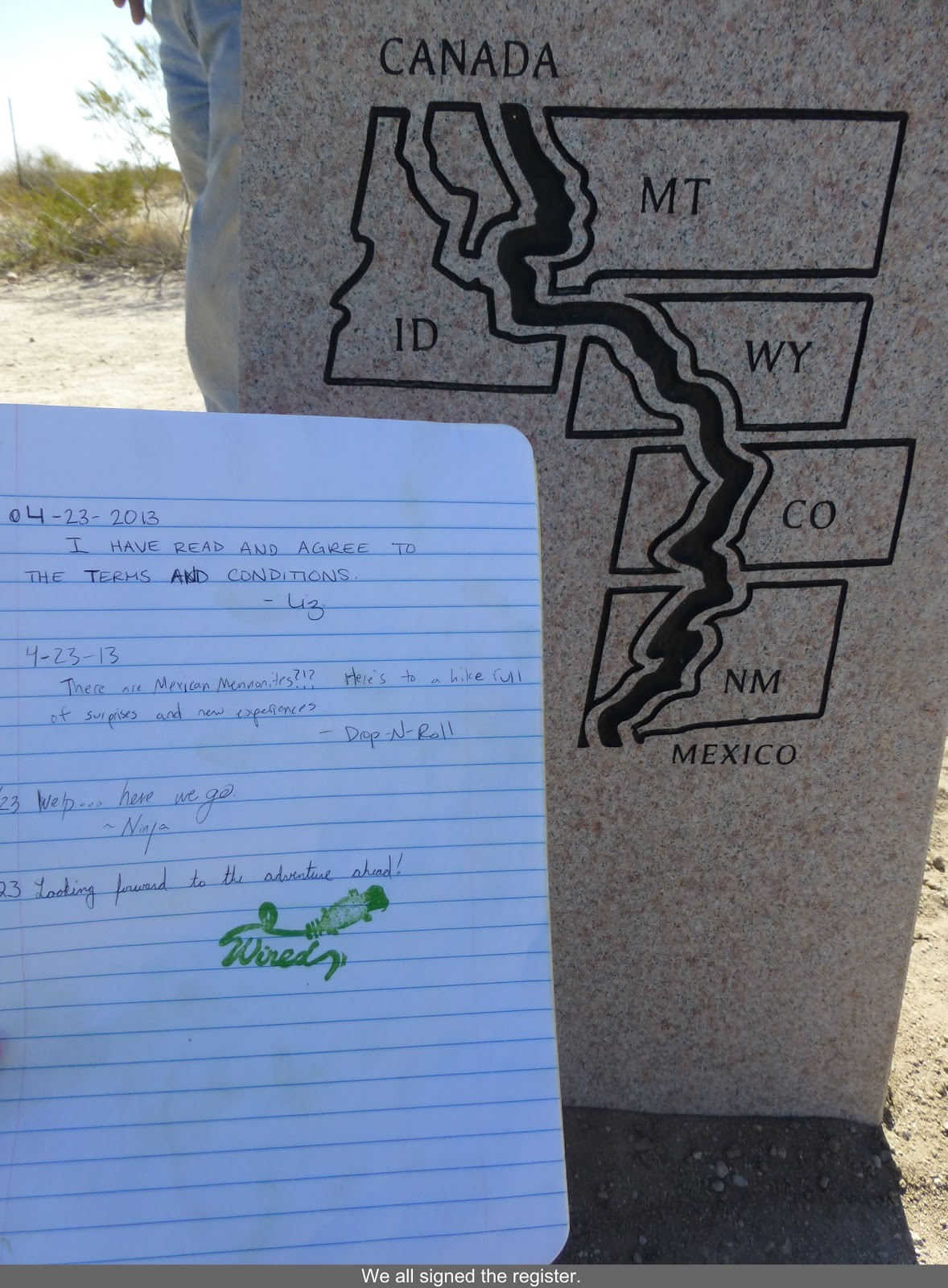 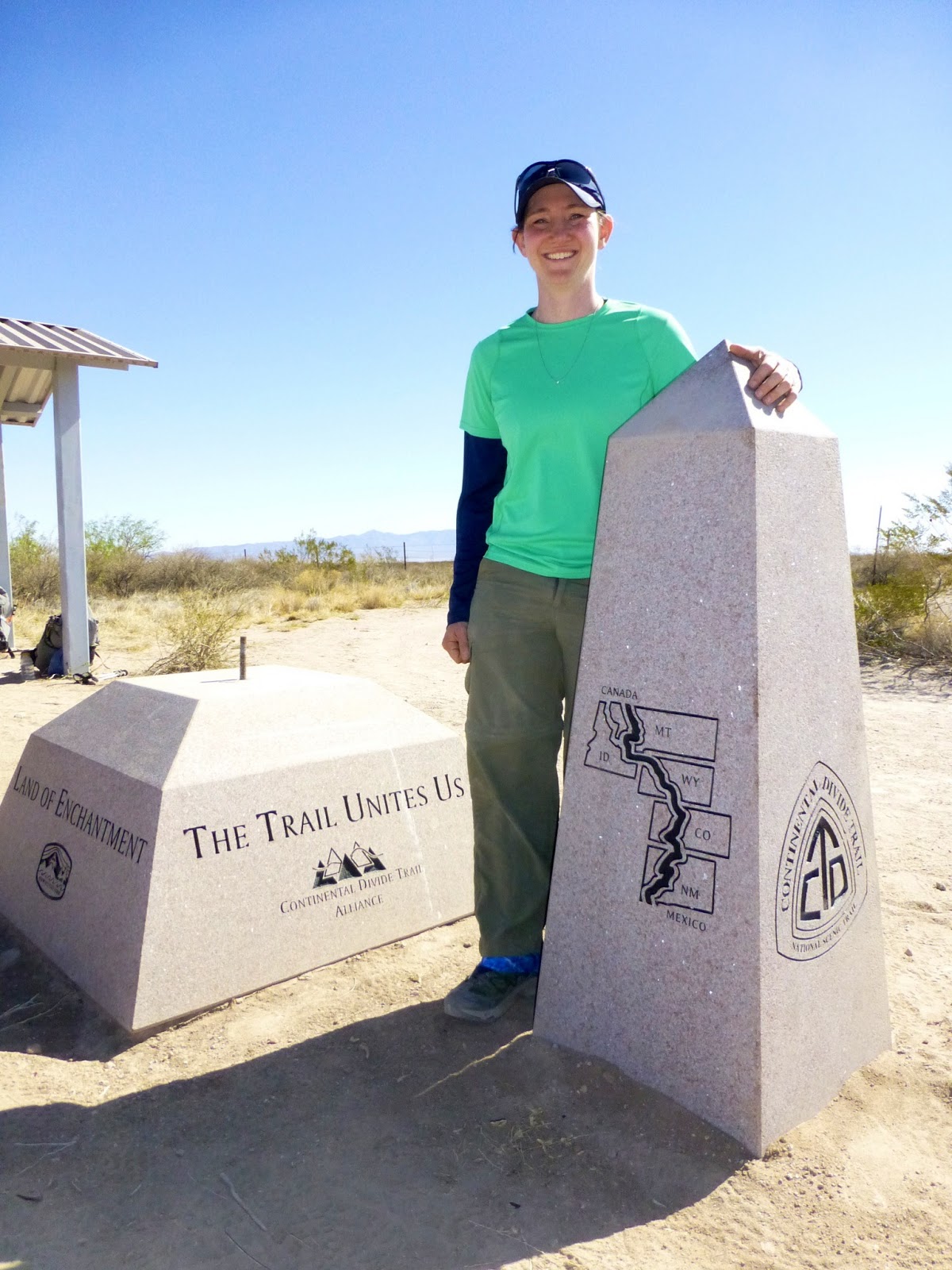 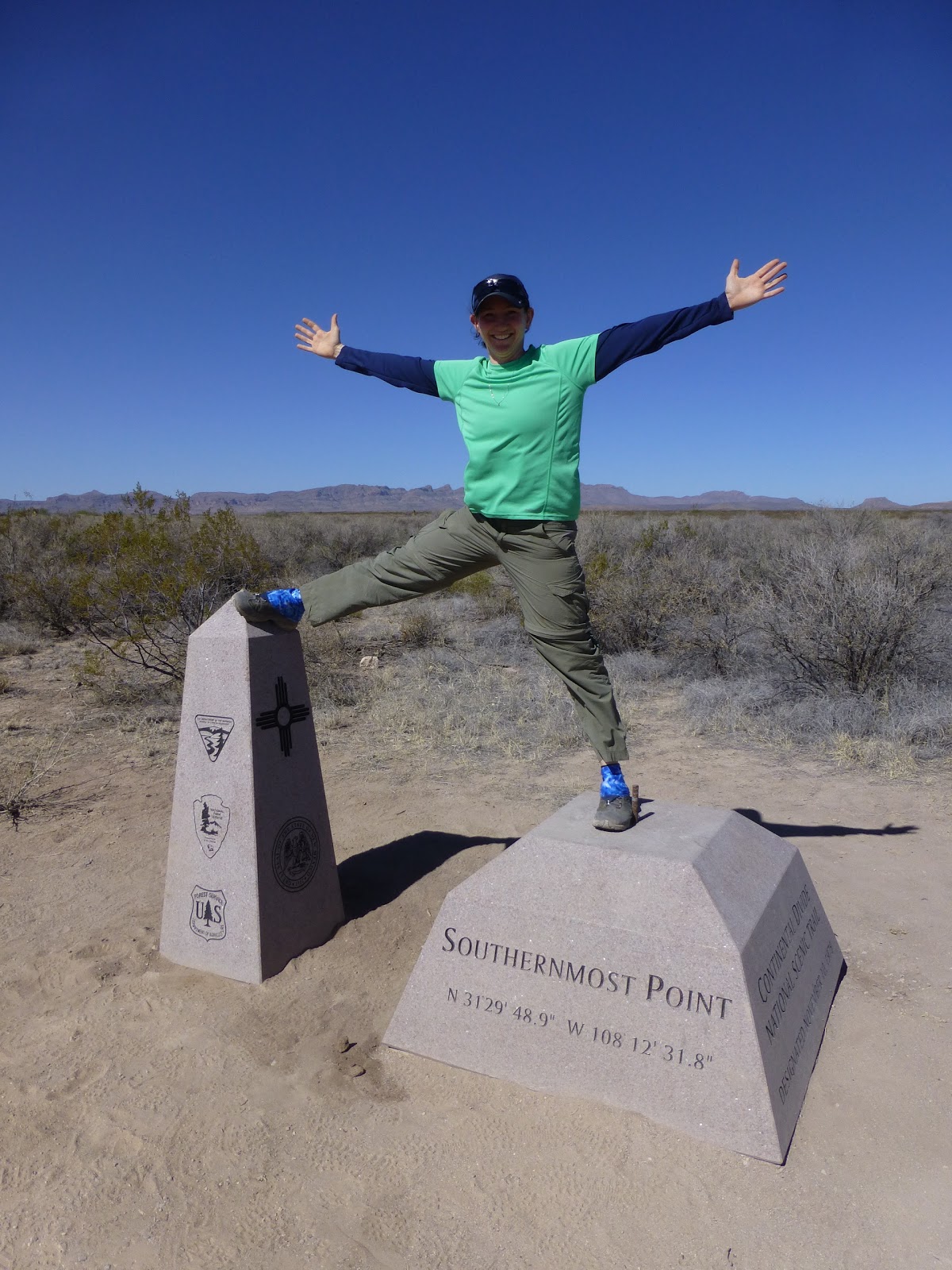 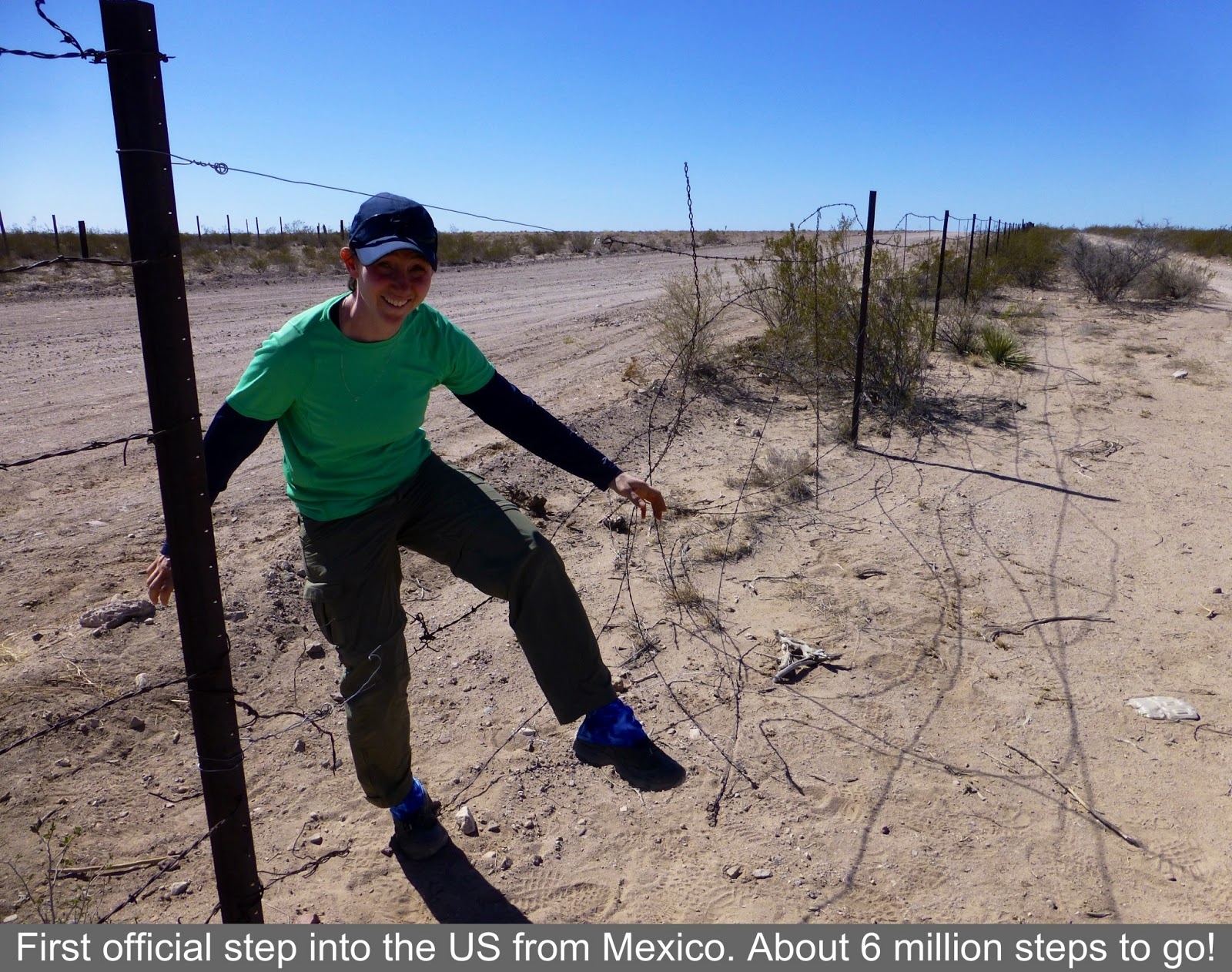 Just as we started, another hiker named Aaron (Strider PCT 2009) came from up trail. He chose to hike south to the border a few days ago and then back to avoid paying for the shuttle. He is camped about 100yds from us tonight and had camped here last night, so he did 28mi down to the border and back today. We may see him on and off up trail.

Today was a leisurely start, which was very nice. There is a water cache 14.1mi from the border, so that was today’s goal. We got started around 11am and it was in the mid 80s. It was hot, but not horrible because there was a constant strong breeze. We headed towards these hills pictured below and wove through them a bit. We are now camped on the other side if the hills near the cache.

It was really well marked. There were many splits and weaving trails or drainage ditches crossing each other. Sometimes I’d find myself on one of those headed the wrong way, but the CDT signs were so large that I’d see them in the distance and get back on track easily. Much of the day was on a large wide road or drainage wash. We border patrol three times today. 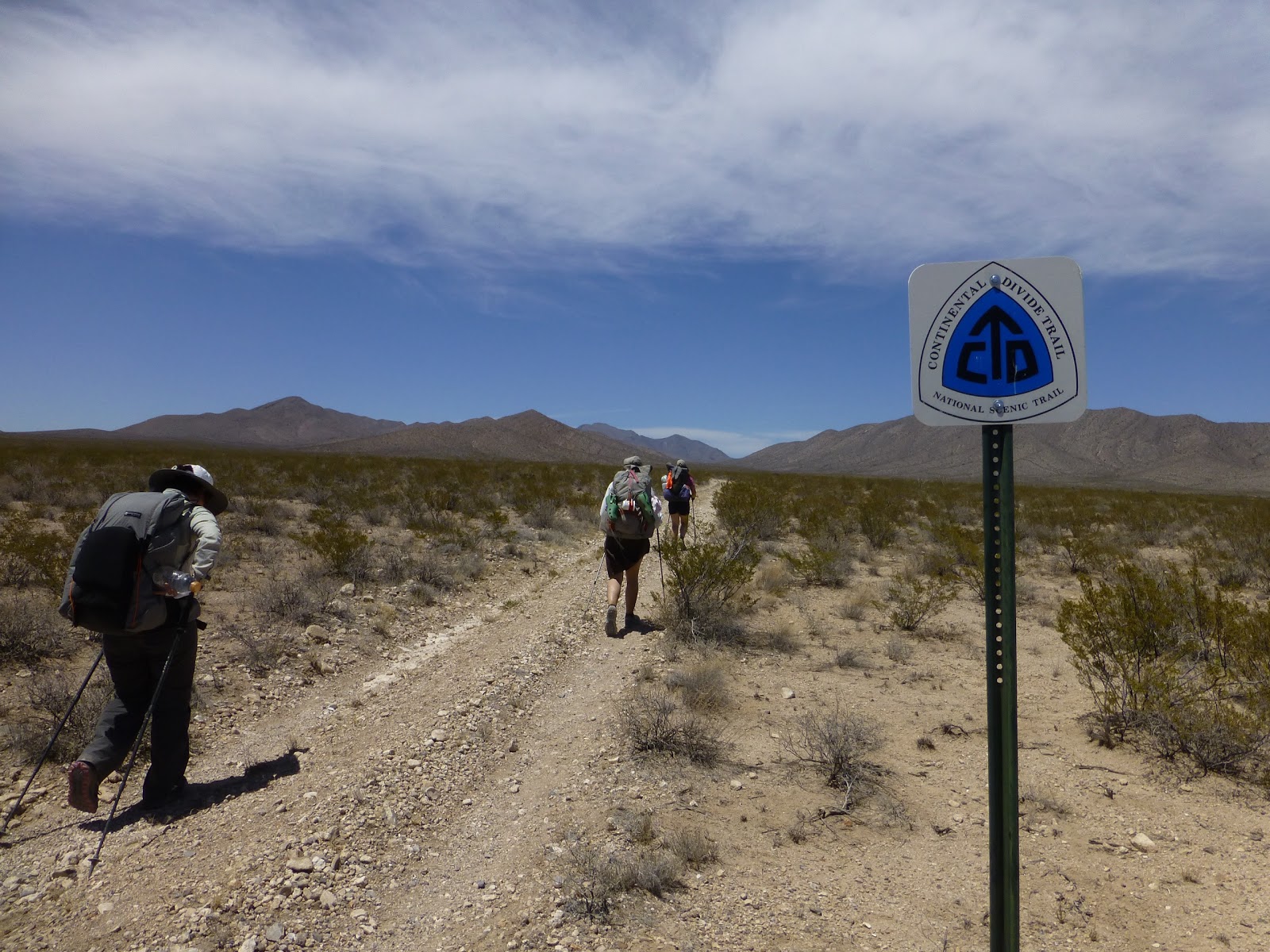 You can see we got some wisps of clouds that helped at the end of the day. There was very little shade and we found this spot along the trail in a drainage wash and relaxed for an hour. 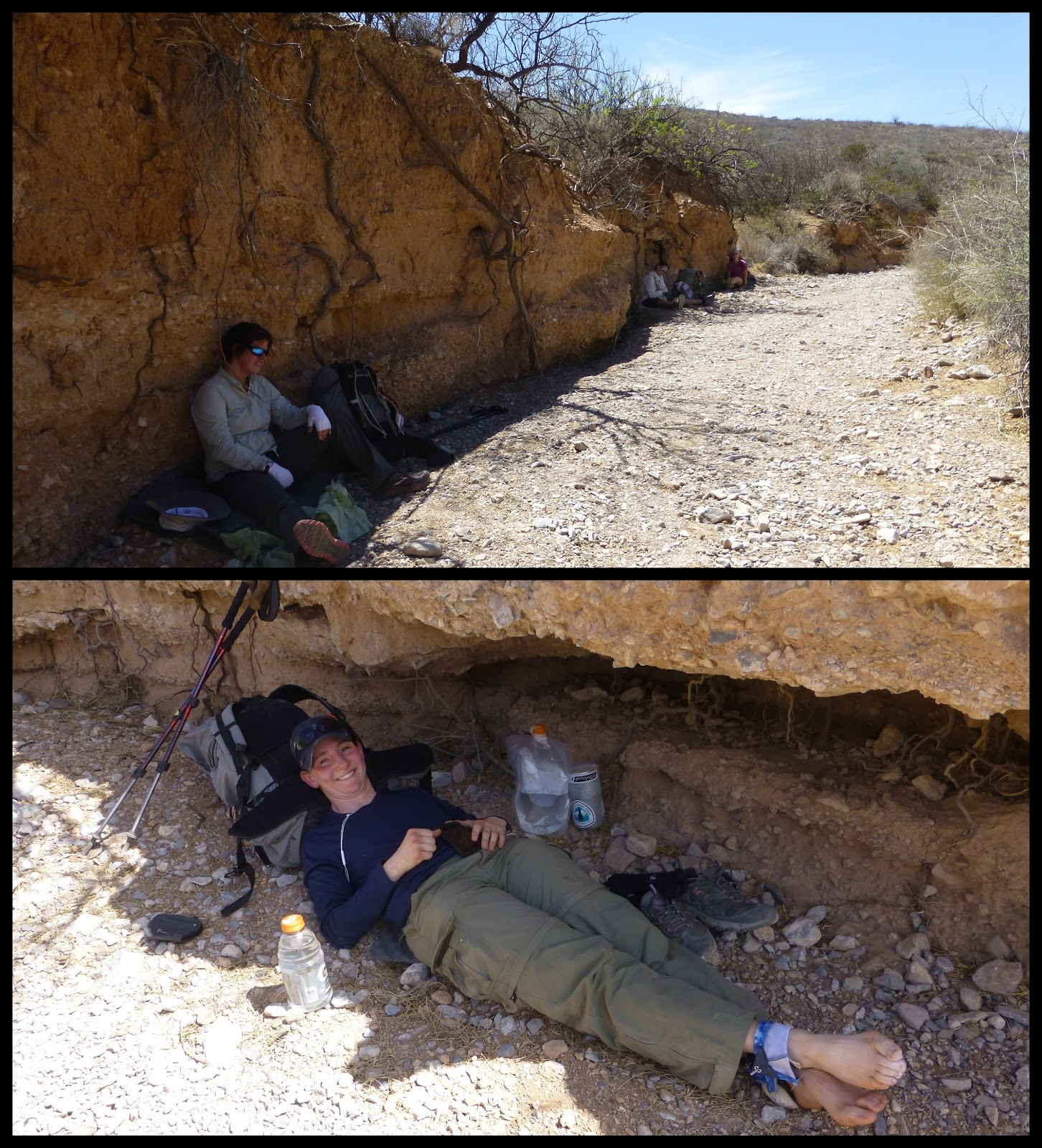 We got to camp early around 5:30pm, which was great! I’m rusty and need the extra time to set up camp and blog. This is only the third night I’ve set up my new ZPacks Hexamid Solo and the setup is definitely going to take some practice. I was pretty frustrated with it tonight. The wind was blowing and I was in a very dusty area with rocks, so the stakes weren’t going in easily. This is not a free standing tent. My hiking pole props it up from the inside and then it is staked out on the sides with up to ten stakes to keep it taut. I think it took me three tries and about 40mins to get it up right…then the wind stopped…of course! I was really missing my Tarptent Contrail, but I know I’ll figure it out with practice. Everything is covered in a layer of dirt and it’s in all our noses making it difficult to breathe. Ah, the fun of the desert. Here is my setup tonight. It is almost a full moon and I don’t even need my headlamp with how translucent this tent is. The tall plant behind the tent is a Yucca. You can see I have rocks on the stakes in case the wind picks back up overnight. 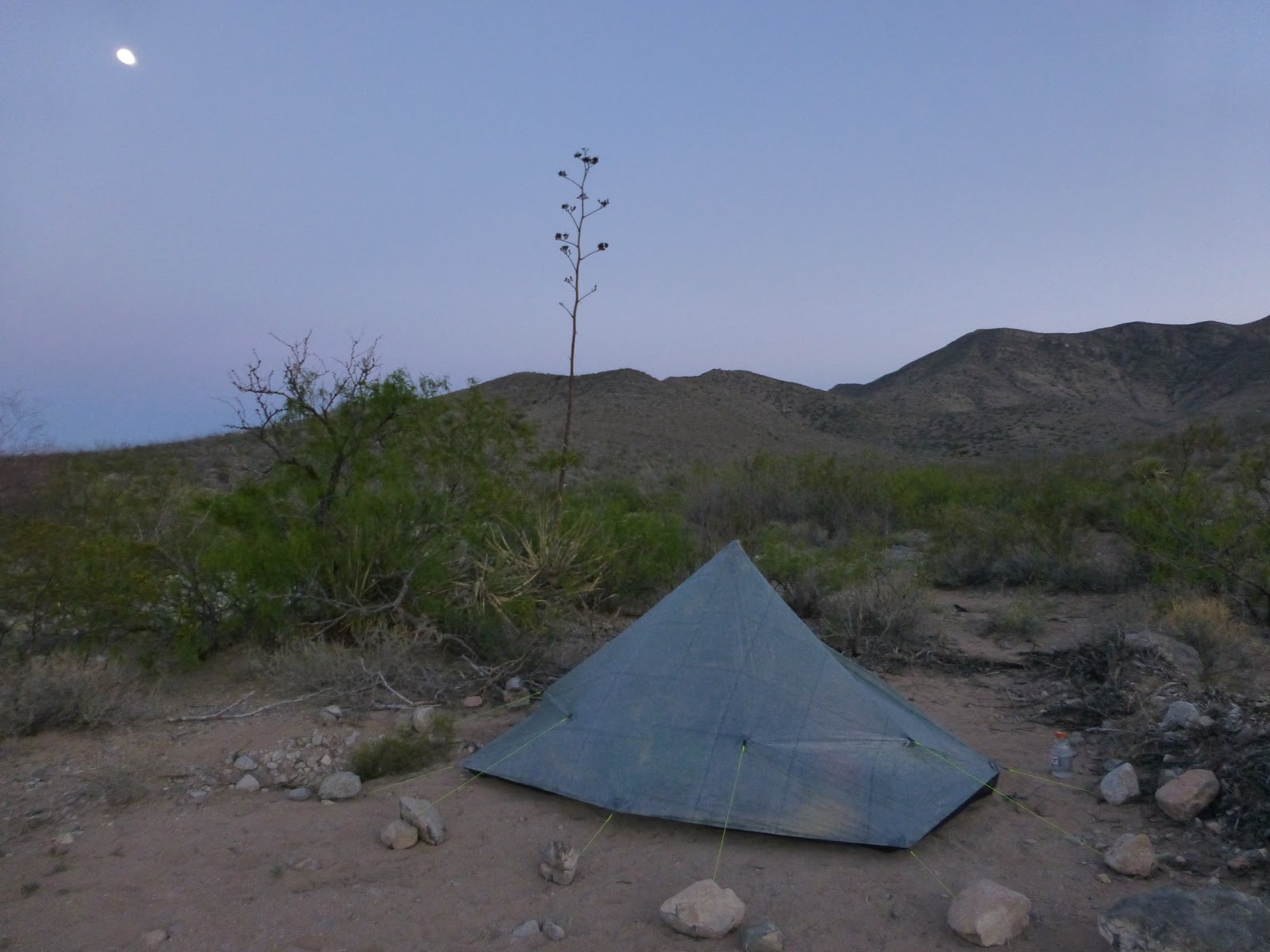 An additional note you will all find humorous. One of my goals for this hike is to lose less things and I’m failing miserably. Those of you who followed me on the PCT know this is a chronic problem and apparently I’ve learned nothing! I managed to lose my Gatorade bottle for water during my layover for my flight to Tucson. Then I noticed I don’t have my StickPic(for mounting my camera on my hiking pole for taking pictures or video of myself) or little thermostat that I clip on my bag. I might have accidentally put them in my bounce box (box I send to myself repeatedly on trail with various supplies). I’ll find out in another week, but I put another StickPic in the bounce anticipating that I’d lose the first one…but not before I even got on trail! Fortunately, Liz carries one I can borrow. Then this morning I left my mini fold up brush at Sam’s. Ugh! I noticed it on the way to the border and Sam said he’d remember to get it and put it in a cache for me up trail, but I’ll be shocked if that happens. So, of course this bone head forgetfulness infuriates me. Being Wired, my mind is always thinking of too many things at once and I need to focus better. We’ll see. I’m hoping I got it out of my system early! What I can’t decide is if these objects count on my tally of lost things considering that all these things were lost before I even stepped on trail…hmmm.