Here is the second half of day twelve. It was about 2:30pm when Sweetfish and I got back on trail and headed down the Middle Fork of the Gila River. The goal was to make it to a popular Jordan Hot Springs about 8mi in from the visitor’s center. This route has a lot of crossings, but they are pretty narrow, shallow, and calm. The weather was great for hiking and the water felt good when we crossed. I tried to keep count and counted about 37 crossings in those 8mi. I would say that most of the crossing were about the width in the picture below and most were knee high or lower. The water was very calm too. 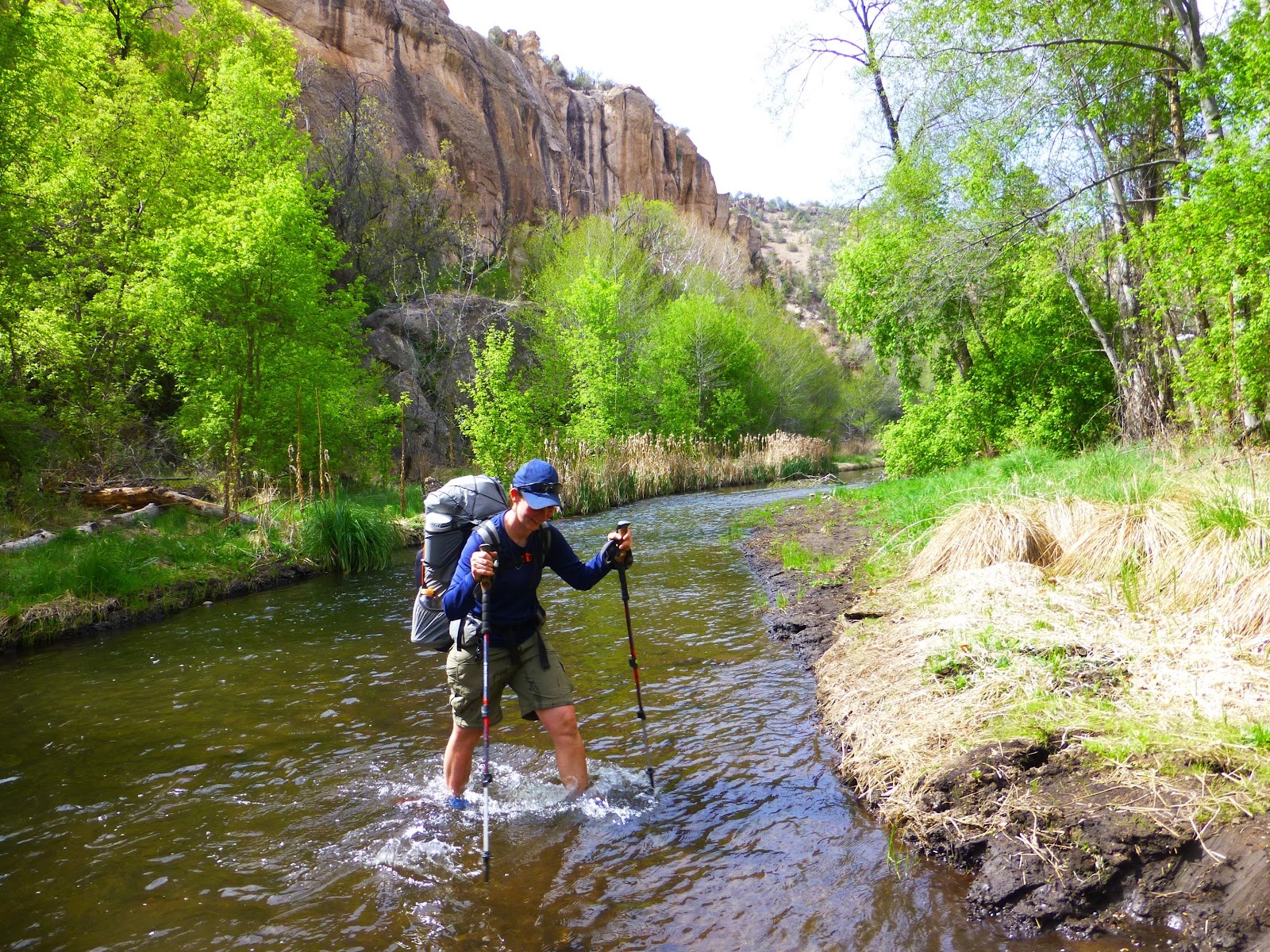 The middle fork is said to be the most beautiful part of the Gila and it definitely lived up to the hype. Each turn was more beautiful than the one before it. The canyon was more narrow and lush than yesterday. 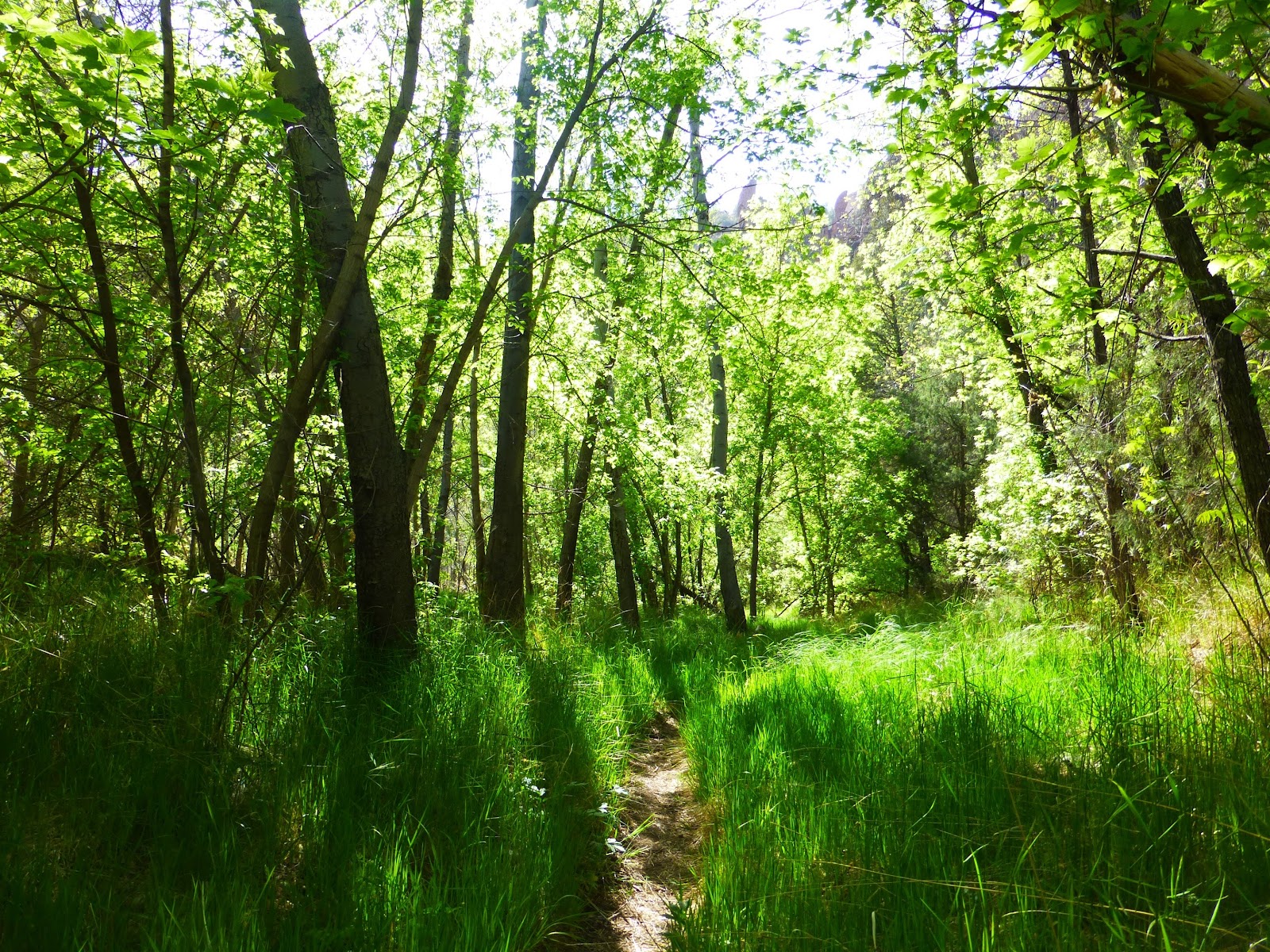 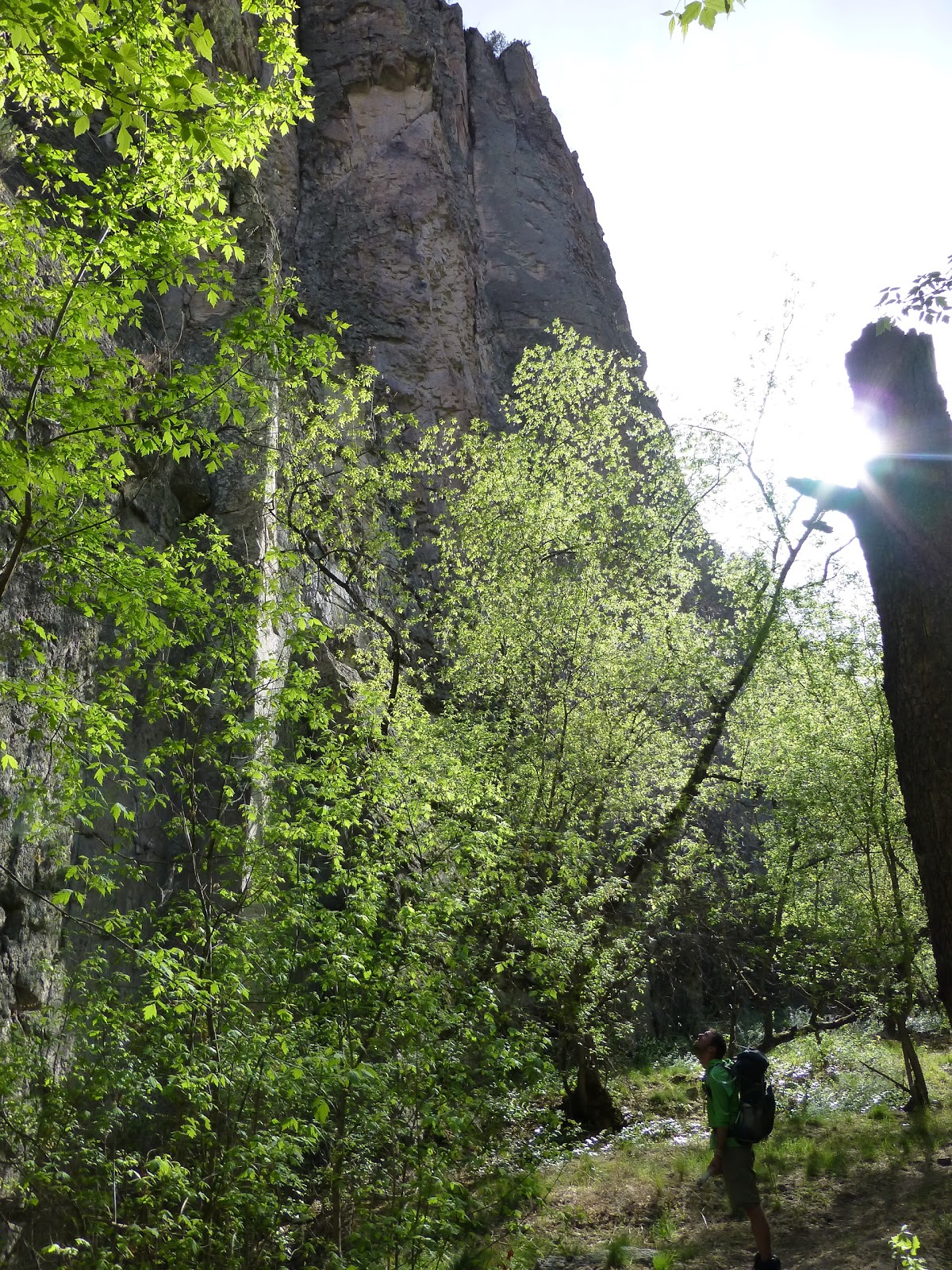 The peach colored rock walls of the canyon towered all around us. 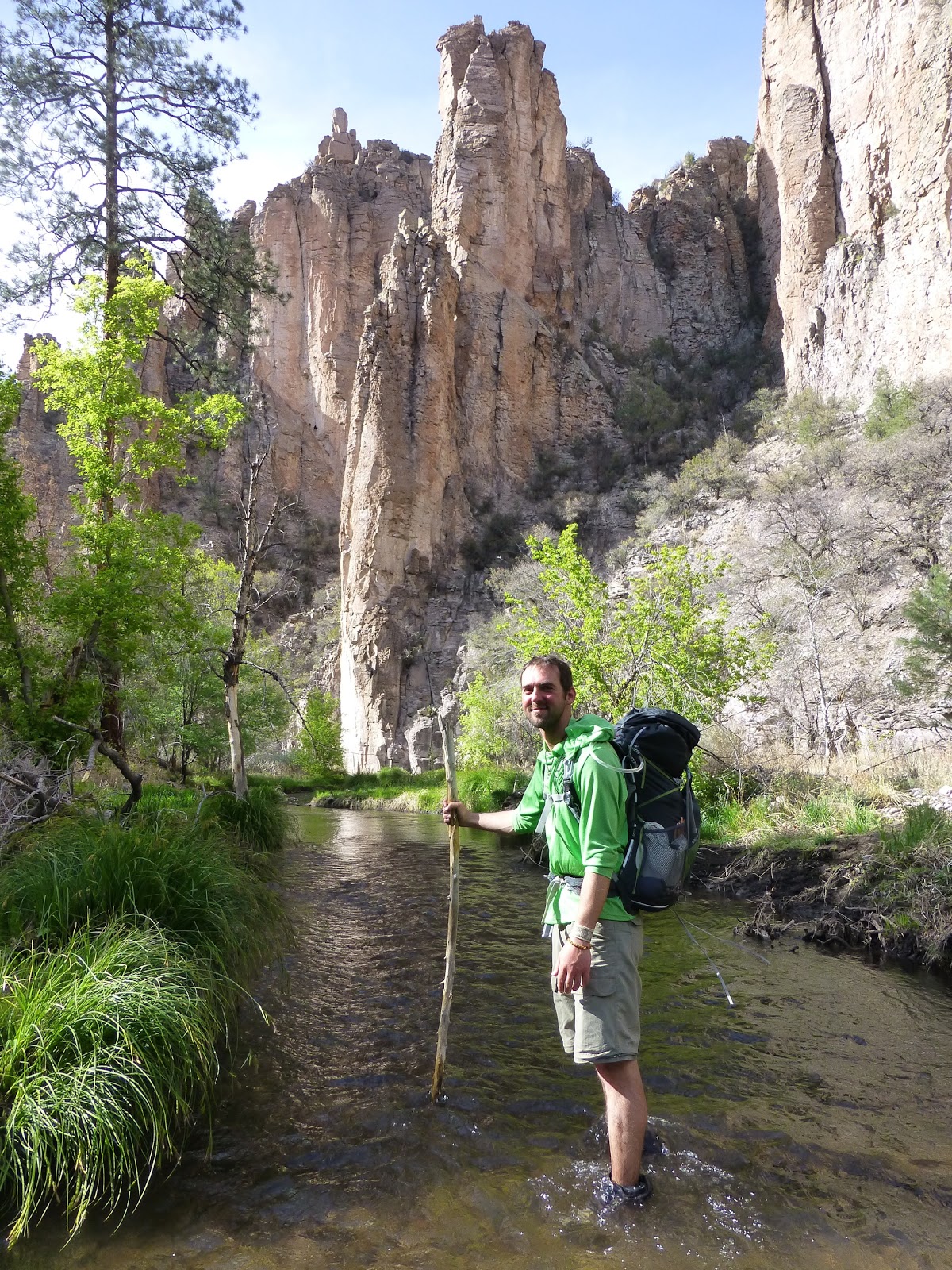 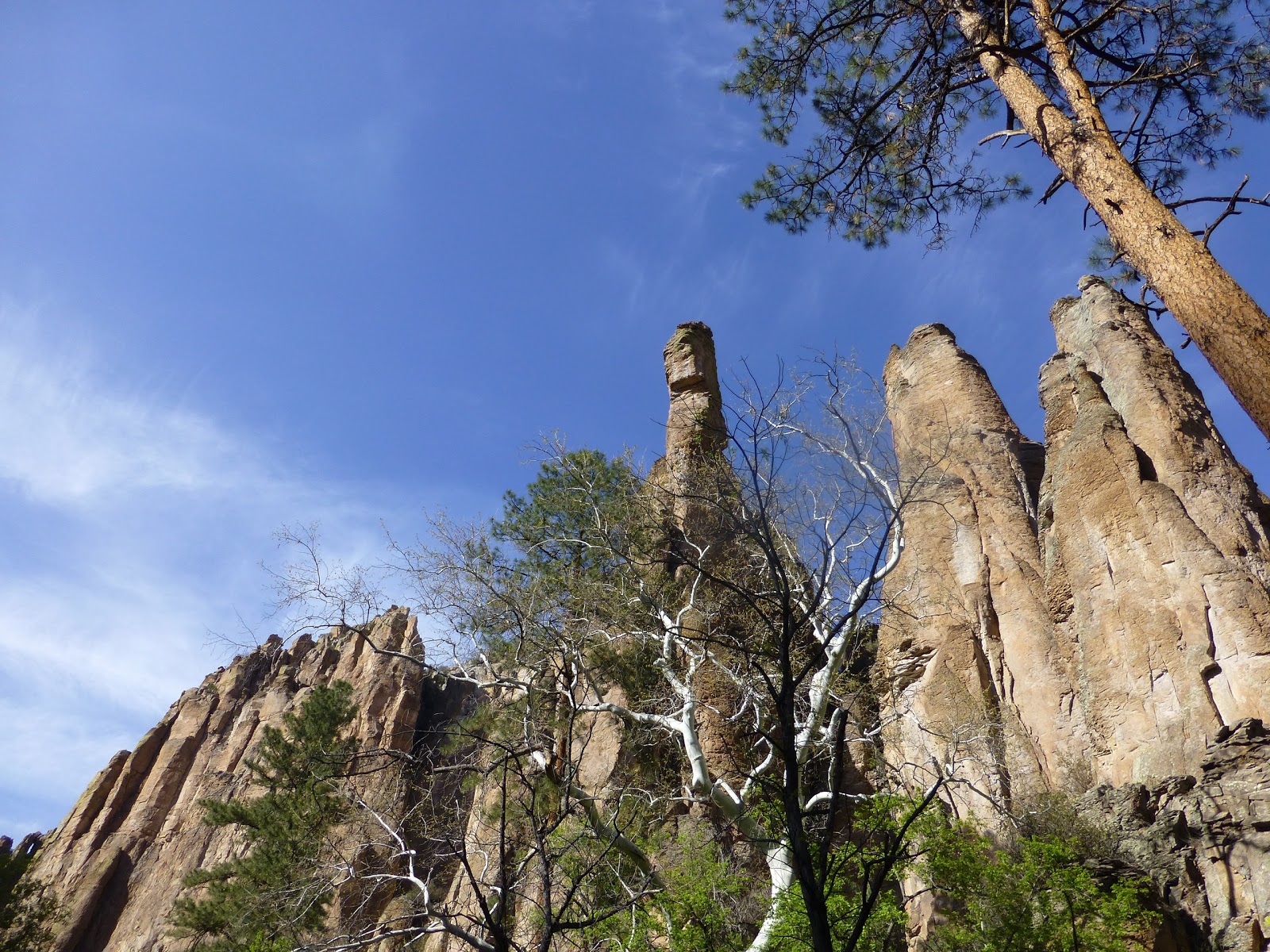 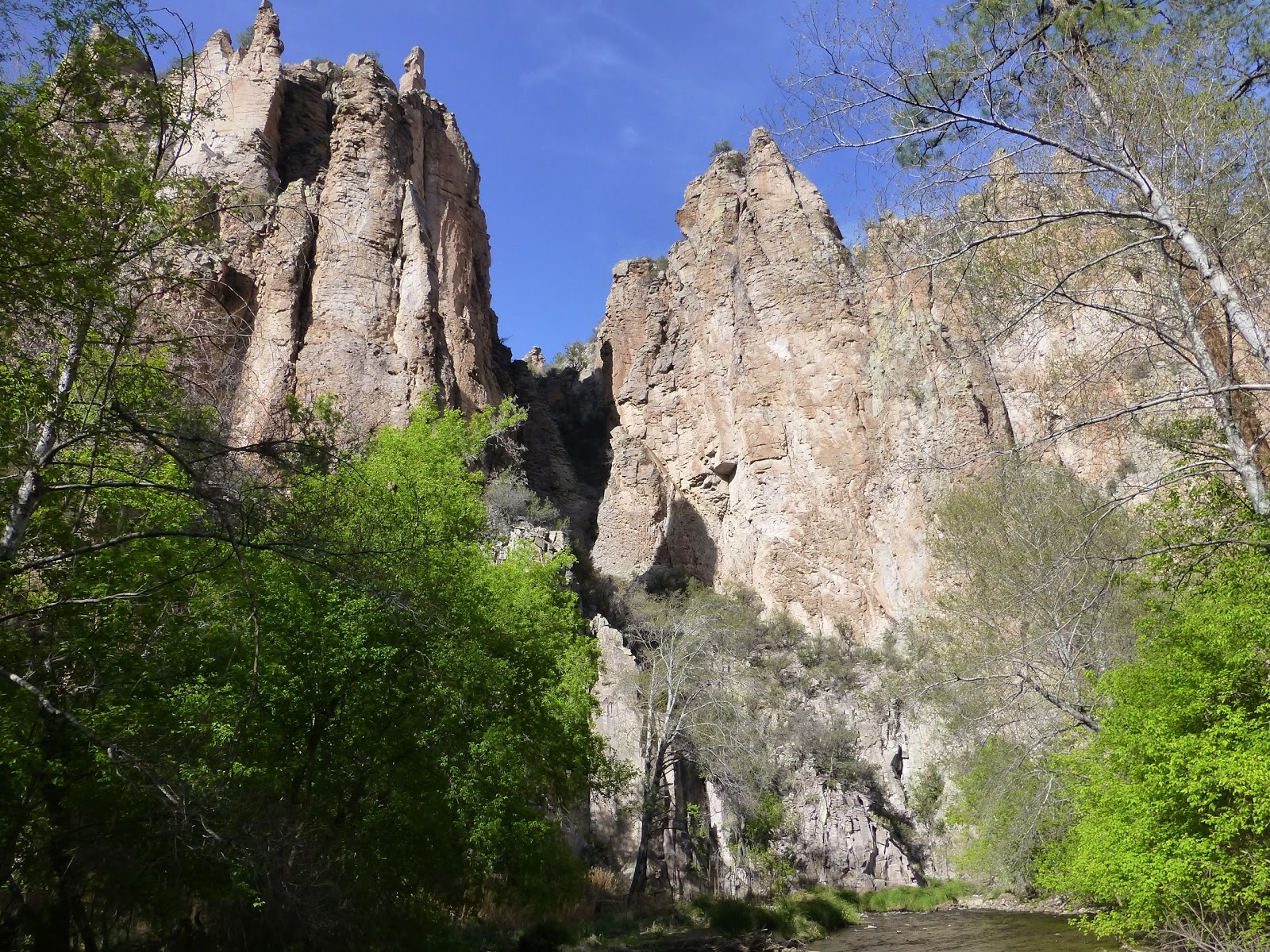 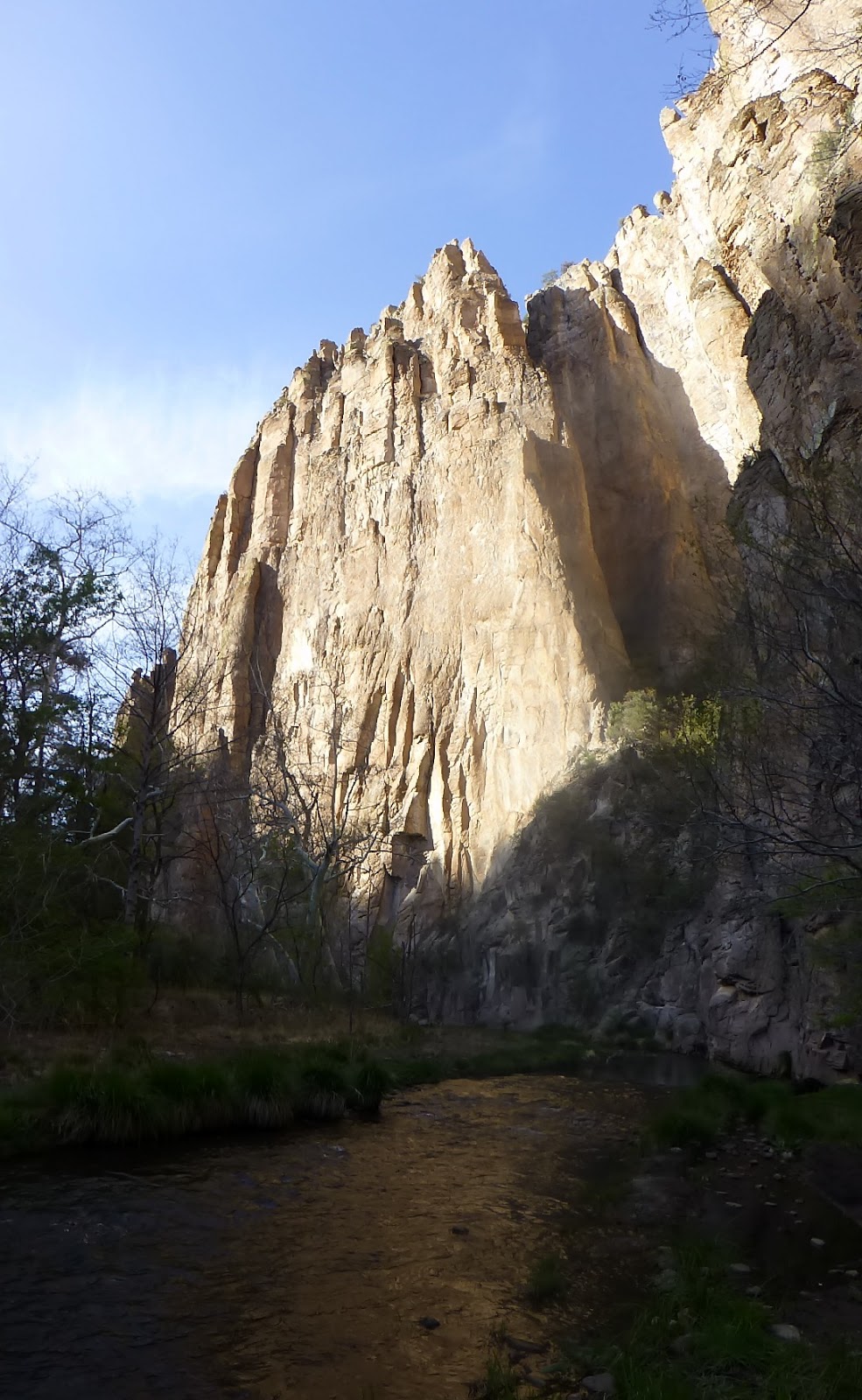 When we reached the junction that the other canyon route (Little Bear Canyon) merged with the Middle Fork Canyon, we saw Peru and Radar. It was perfect timing and just behind them was the group of Liz (Love Note), Strider, Drop-N-Roll, and Ninja. None of us would have imagined eight CDT hikers hiking together and headed to the same campsite with how few people do this trail!

It’s a Saturday, so we also saw our first backpackers that weren’t CDTers. It took us 200mi to see other backpackers on the trail! we all headed toward our camping destination at the Jordan Hot Springs. When we arrived around 7pm, there were already a lot of people there because of the weekend. Most of the group squeezed in and cowboyed (camped without a tent) right next to the springs. It turned out that two more CDTers were there too, so that made ten of us camping somewhere near the hot springs…me, Love Note, Drop-N-Roll, Ninja, Strider, Sweetfish, Peru, Radar, Bigfoot, and Soul to Soul. The springs were not super large and I wasn’t interested in soaking with a large group in such a small pool. I also wasn’t sure about how loud it got over there on a weekend, so I decided to camp at the campsite after the hot springs which was about 100yds away after another river crossing. Love Note (Liz) also decided to camp over there with me. It was a great campsite and it was really peaceful and quiet. 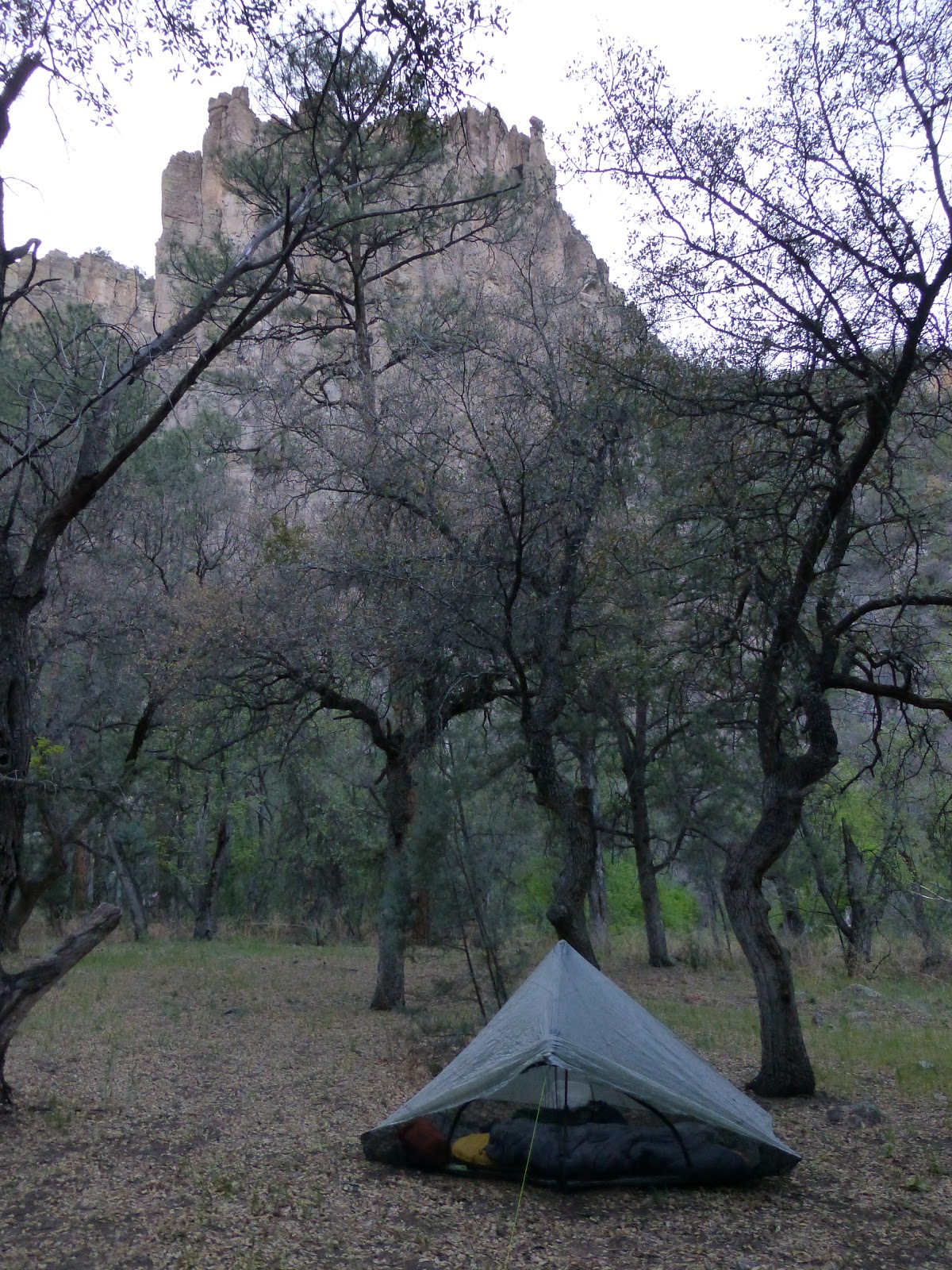 I had it all to myself for a chunk of time because Love Note stayed on the other side and soaked with the others before cowboying near me for the night. It was quite a day and I am exhausted in the best way possible!