Day 13: Stretching My Legs in the Gila

My alarm was set for 5:30am this morning and I woke up at 5:27am hearing a light rain on my tent. We had heard that there was a slight chance of rain tomorrow, but weren’t expecting it this morning. Love Note was still fast asleep and cowboy camped near me. I yelled over to her that it was raining and she hurried to get her things gathered not knowing what the rain might become. Love Note threw her sleeping bag in my tent to keep it dry and once she had all her things together, she came into my tent for awhile. Of course, the light rain soon stopped, but it was still cloudy, so we weren’t sure if it was going to return. She curled up for an attempt at a few more minutes sleep while I did some of my journaling from the day before. My initial plan was to leave by 6:30am at the latest as to get some space from the mass of 9 other hikers camped at the hot springs. The sprinkles returned and I accepted that I’d be starting a bit later than I hoped. We thought of the group cowboy camped in an area where there wasn’t enough tent space. They had said they’d be by at 7am-ish to get started and we figured they’d be early since they weren’t in tents. We got ready and I was ready a bit early, but Love Note was almost ready, so I waited. Our shoes were soaked and cold from the stream crossings yesterday and we had one less than 100yds away waiting to start the day off. I sat there barefooted until the last minute when I put them on. It was uncomfortable and cold, but it was in the 50s and not too bad considering we were just about to get back into the stream crossings. We figured the group would catch up to us and we stood to leave. The cold water of my soaked shoes seeped into my previously dry socks. It was then that I realized that my camera was not in it’s proper pocket. I remember putting it somewhere in my tent last night to keep it warm overnight in case temps dropped below freezing. It was frustrating because we had wet shoes on and wanted to walk to stay warm, but I had to empty the contents of my bag to find my camera. It was there somewhere and I had to find it. Just as I was doing this, Ninja arrived having just crossed the stream Love Note and I crossed last night. She patiently waited as I looked through stuff sack after stuff sack. Then the rest of the crew started to trickle by and wait as the minutes ticked by…Drop-N-Roll…Strider…Sweetfish…at this point the others were even helping and all the contents of all my stuff sacks were strewn across Love Note’s sit pad. I hate being the one people have to wait on and I was even more frustrated that my initial plan was to leave much earlier to avoid the group traffic jam on the trail. By this time, Love Note noticed that Sweetfish had taken this opportunity to video this whole event which is humorous to the outside observer given how often I misplace things. The hikers were cold and wanted to hike on, but were helping out of courtesy. Then we started to check Love Note’s pack since she was in the tent with me. I had an empty pack and shook it upside down to double check. Then I remembered something. I had insulated and wedged the camera behind the padding of the back support of my pack. I reached behind the removable pad and pulled out the camera. Somewhere out there is a great video of me yelling inappropriate words, with my things strewn about, and promptly drop kicking my pack once I finally had my camera in hand. I know this is classic and amusing for me who loses things constantly, but it was not a fun way to start the day. As I started to repack every single thing I owned. The rest of the hikers passed…Peru, Radar, Bigfoot, and Sole to Soul. My feet were numb, it was 45min after my planned 6:30am start, and I was now at the back of the hiker traffic jam. Argh.

NOTE: Since this post, I have obtained the video for your viewing pleasure and added it here…

Despite the rough start, it turned out to be a great day! We had a full day of Gila River crossings. I counted at least 106 crossings. Most were 5-10yds wide and below the knee, so they weren’t difficult. 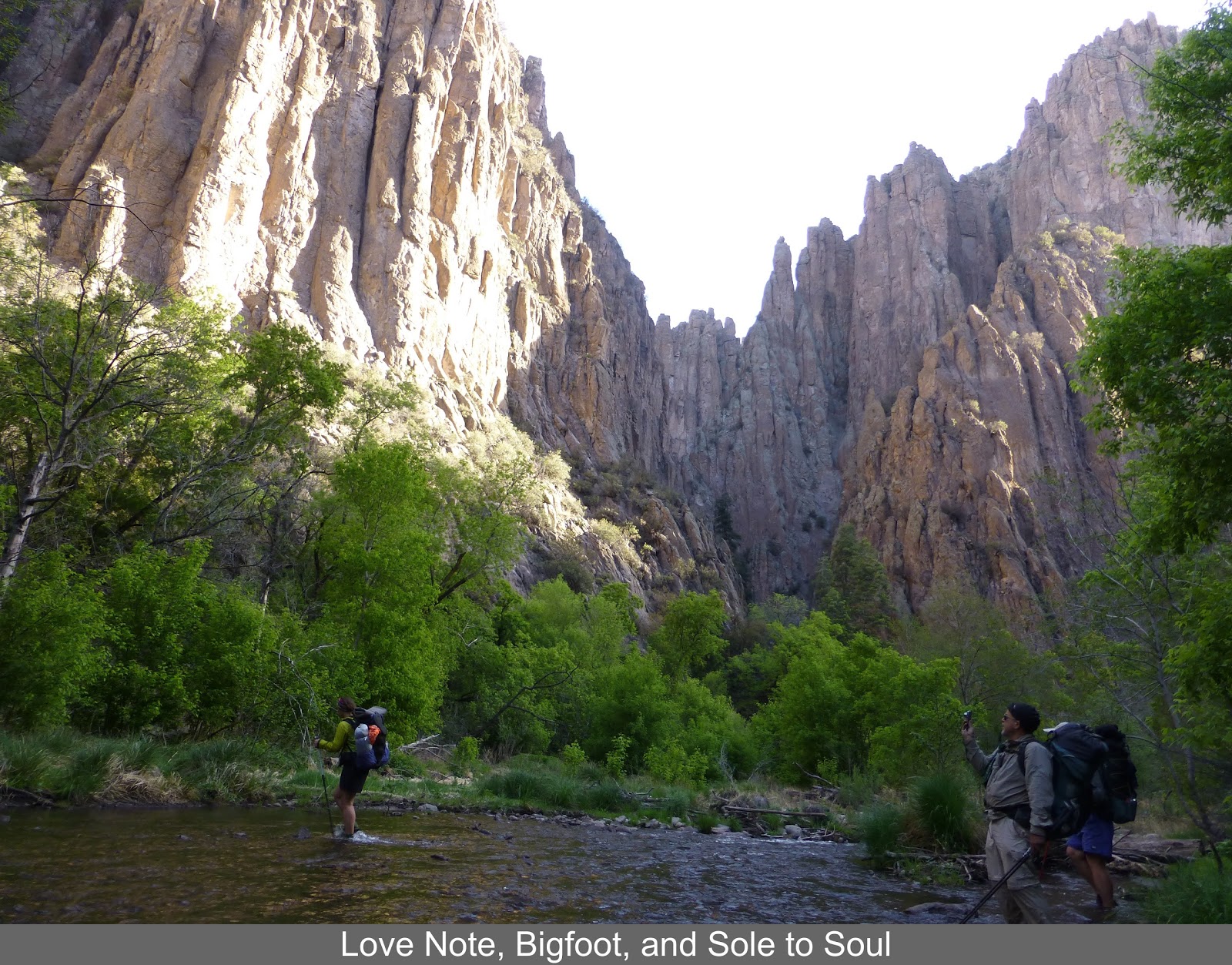 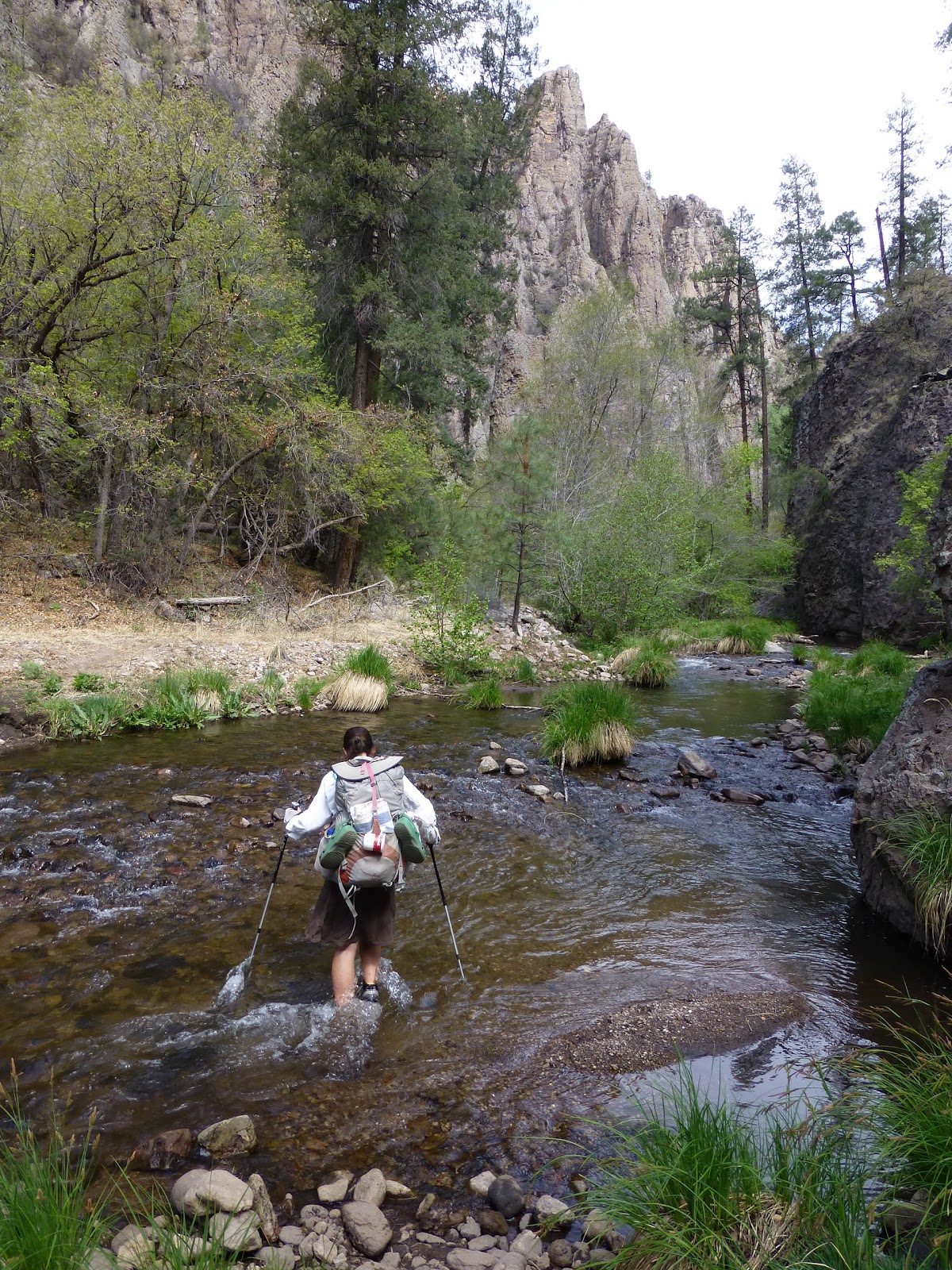 We also got more of the high walled canyon walls and amazing scenery. It was like a fairy tale in some places! 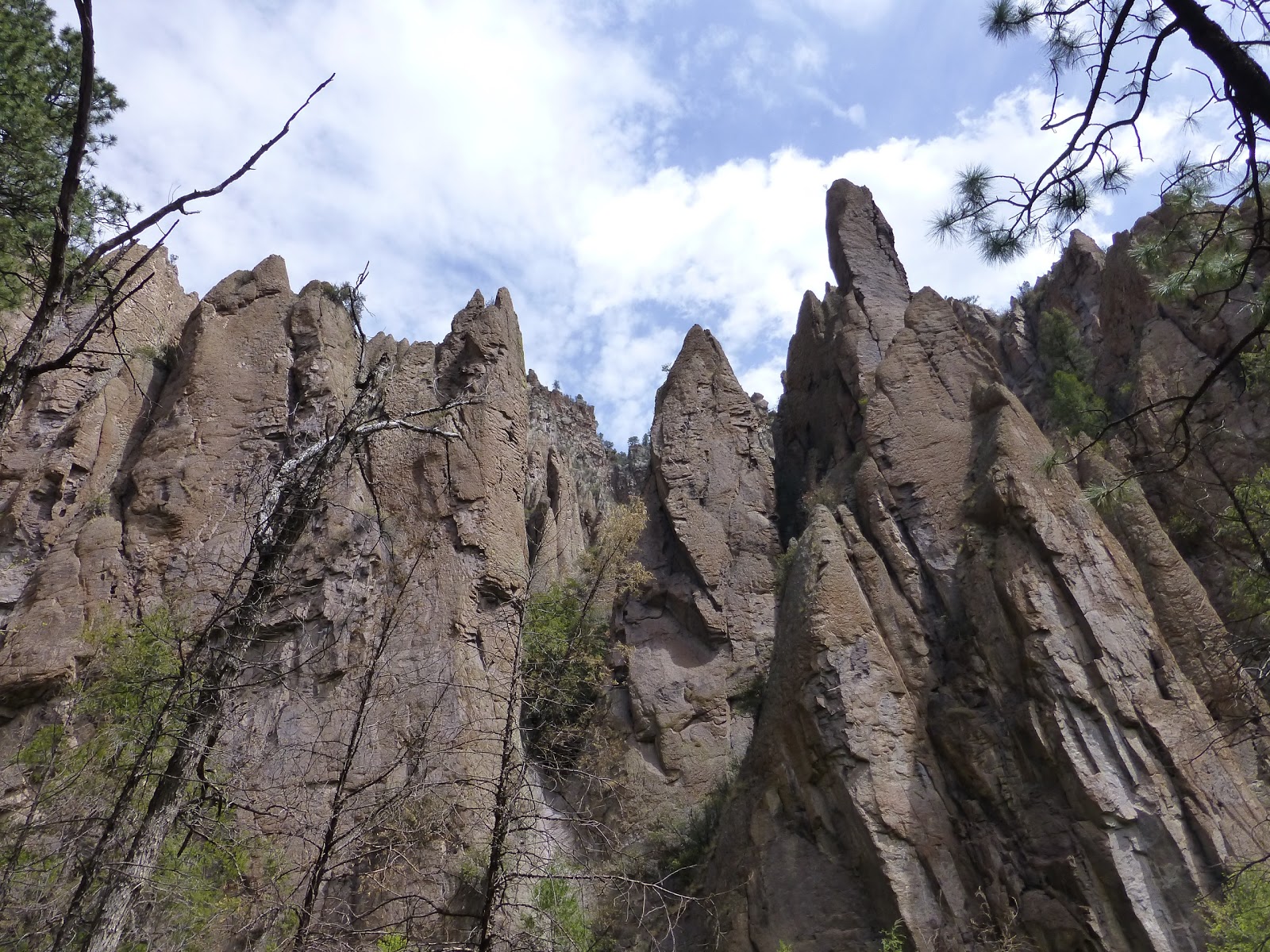 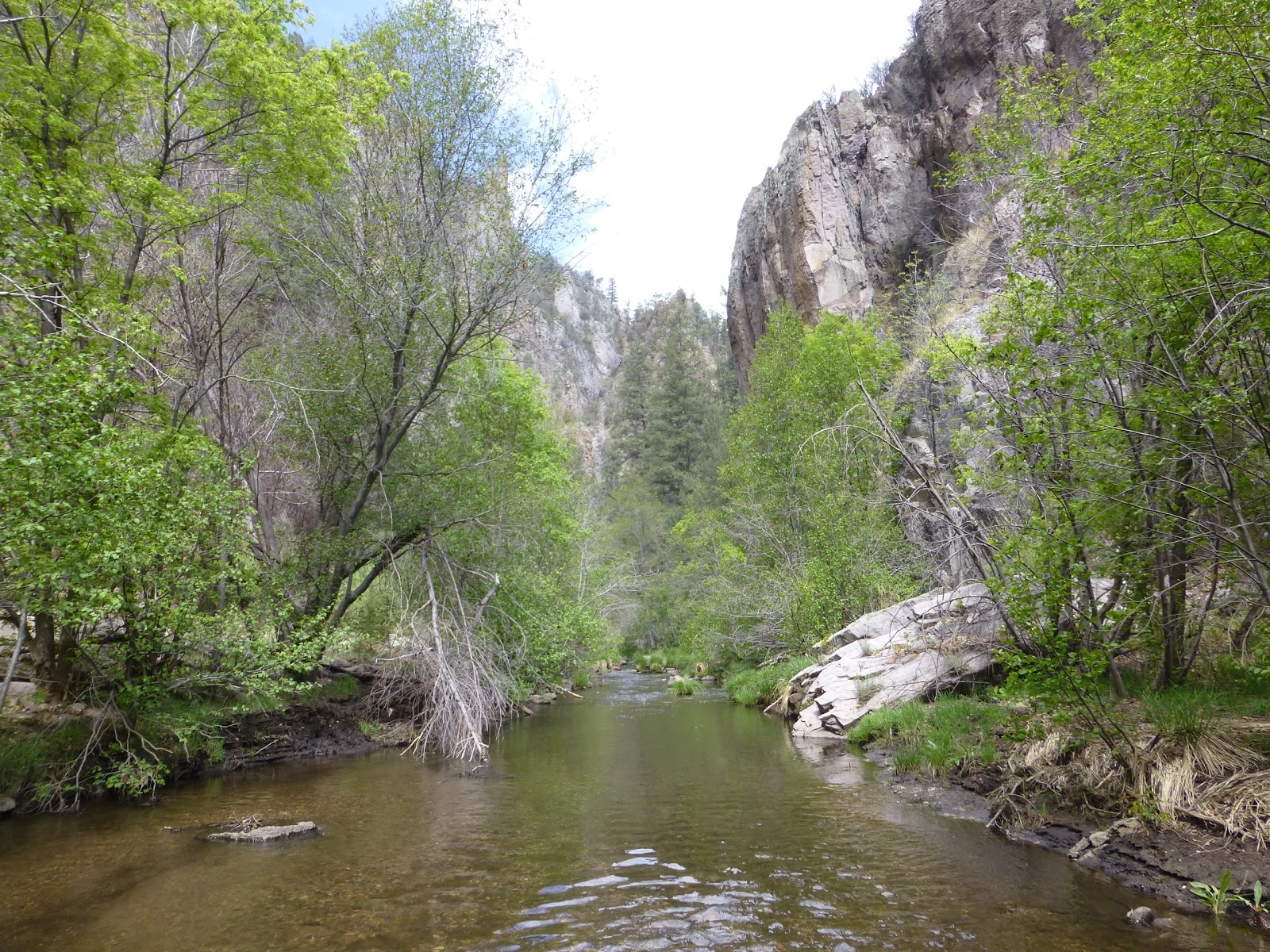 One drawback after three days of crossing the Gila is that many of our legs got pretty scratched up. Especially mine. They were red and have a ton of little cuts from the combination of the water with the dry air and all the plants we walked through. They look like they have road rash. Sometimes it felt like I was walking through little blades and I just had to take it. At night they burn pretty bad, but are improving. Here is a picture of the hollow horsetail plant that was the most painful for me to walk through. 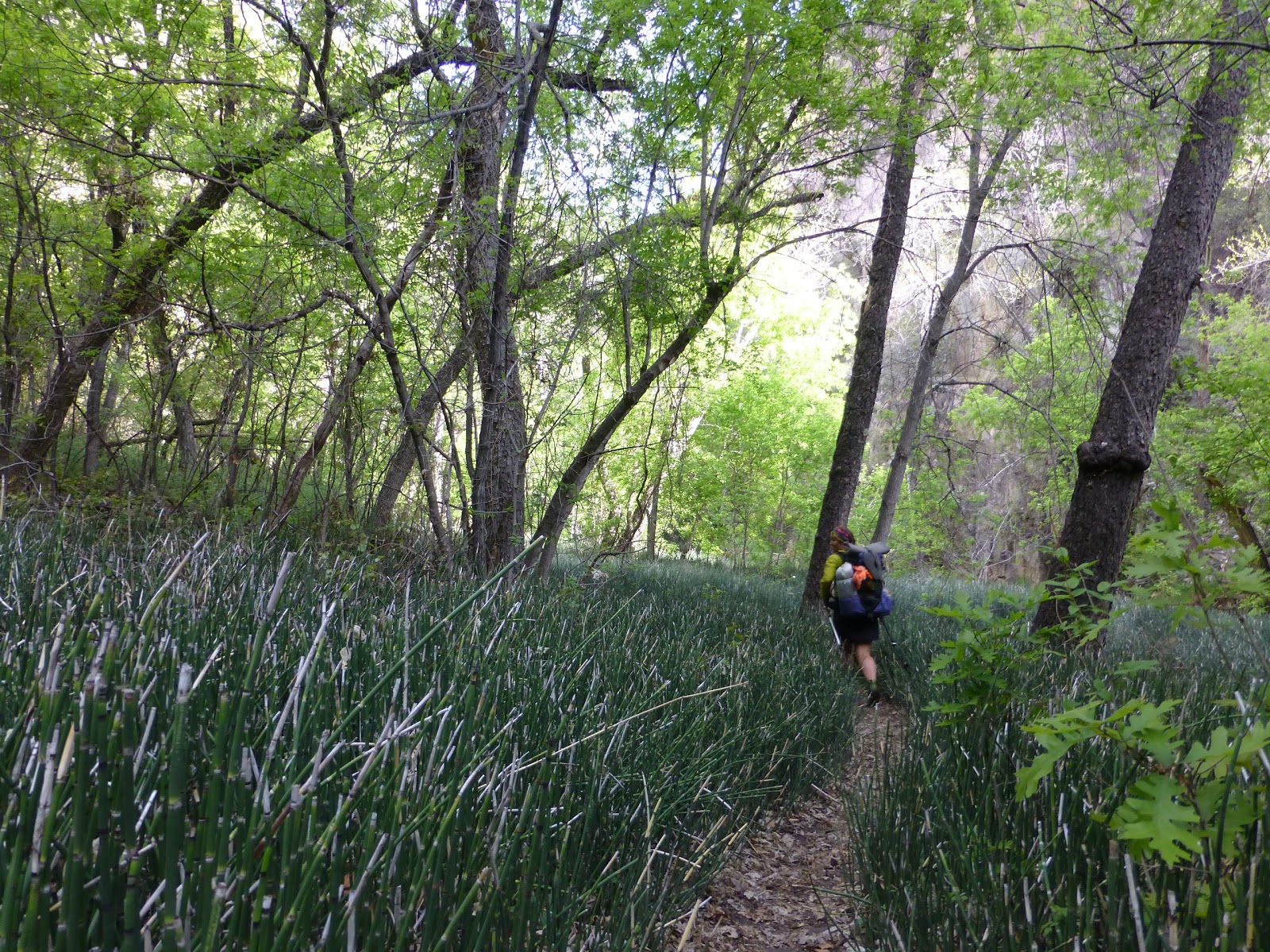 Just before lunch, I was hiking and leaned my head back to take a swig of water from my Gatorade bottle. I saw something about 60yds uphill from me move and when I looked closer I saw something peeking from behind a tree…it was a BLACK BEAR! My all time first bear sighting! Drop-N-Roll was behind me and we both got pictures of him peeking from behind the tree and then moseying on up over the hill. I was so excited! 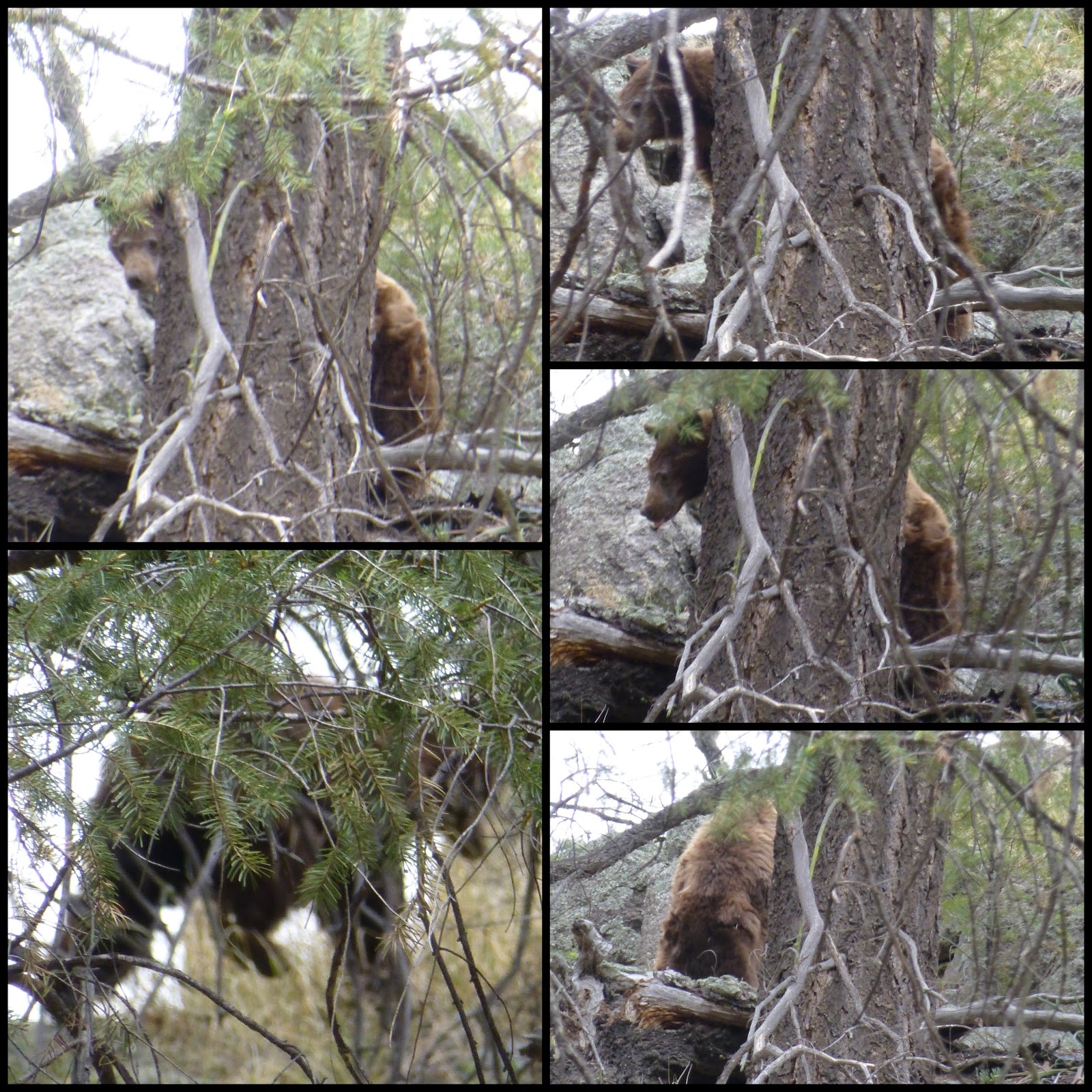 By lunch time, eight of us were still in the same cluster and we all had lunch at a great spot. All of us started hiking again and Drop-N-Roll and I put in our headphones. We hit our stride and ended up ahead of the others after an hour or so. We met two more hikers going northbound that were taking a break. It was a couple on their first thru hike name Bam Bam and Wildflower. I can’t believe we have so many hikers in the same cluster! Around 4:15pm, DNR decided to stop and wait for the group. I told her I’d hike on and if I end up camping alone, it would be okay. I was feeling good and wanted to take advantage of it. Right after I left DNR, I saw a sign saying I was 8.5mi away from a formal campsite by a lake with running water, picnic tables, and bathrooms. A luxury for a thru hiker! It was enough motivation for me and I was on a mission to get there. The last few hours of the day I hiked through a burn section. 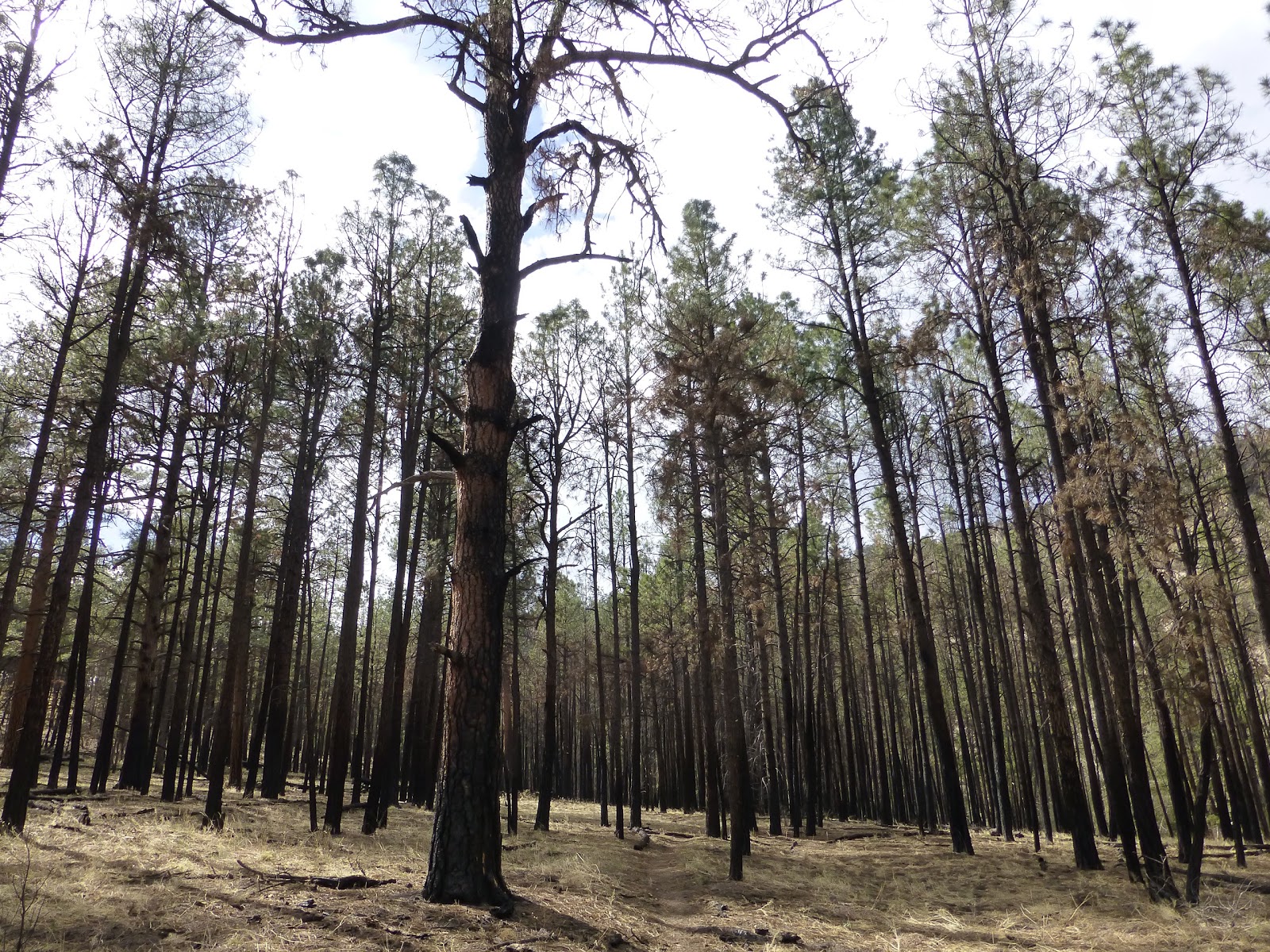 I was also motivated that if I made it to the lake, I’d be done with the stream crossings and wouldn’t have to go through cold water tomorrow morning. Also, I could see the clouds gathering and knew rain was expected. It would be nice to be there if it rained hard and I needed better shelter. I made it by 7:45pm, which is much later than I like to get to camp, but it’s worth it. Here is a picture of Snow Lake, which is next to the campground. My first official lake of the trail! 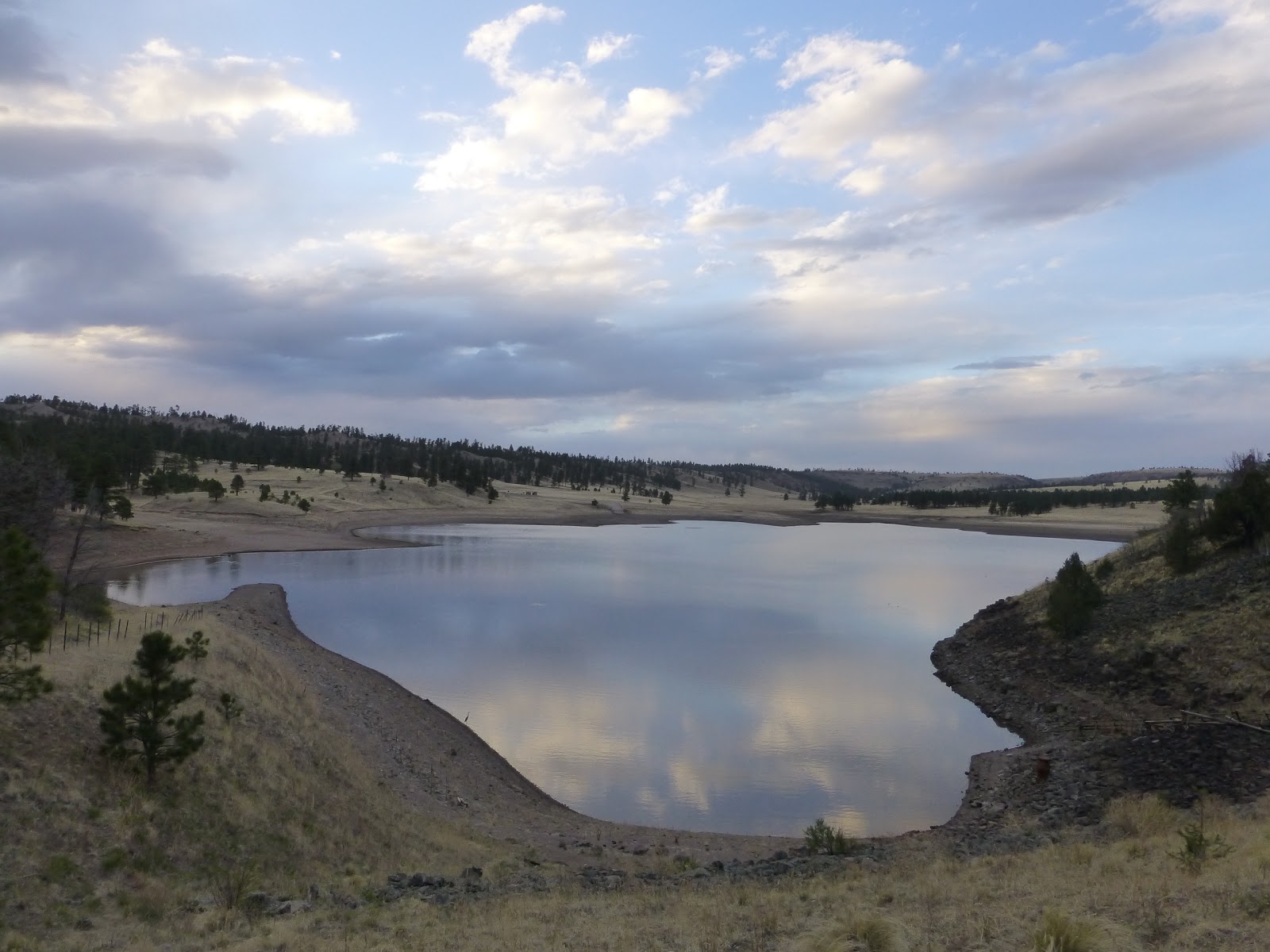 It has already started sprinkling, so I may not get much sleep. I’ll probably sleep in tomorrow. This was my biggest mileage day so far on the CDT!