May 20th
Cuba(508.3)-San Pedro Peaks Wilderness(521)
Camp Elevation: 10,396ft
12.7mi
Since there are reports of plenty of snow piled up ahead, we got a very leisurely start out of town and are in no rush to push big days. We spent the morning doing errands, eating, and doing things online. Mrs Yang who owns the Del Prado Hotel had given us two laptops and Love Note and I were very appreciative. I was finally able to watch the rest of the Survivior season finale and I have to say I really liked this season and how it ended up. I also got to finish up the New Girl season and I like how that finale ended too. All of us also took this opportunity to have what snow gear(ice axes, extra food, microspikes, snow baskets, etc) we needed sent to Chama where we will be in a week. It’s hard to believe that we are already approaching the snow. The timing worked out that the six of us (me, Love Note, Drop-N-Roll, Ninja, Stryder, and Sweetfish) were able to leave town together. We got going about 1pm and, like usual, we had a bit of a road walk before hitting a dirt road, and then actual trail 7.5mi from town. 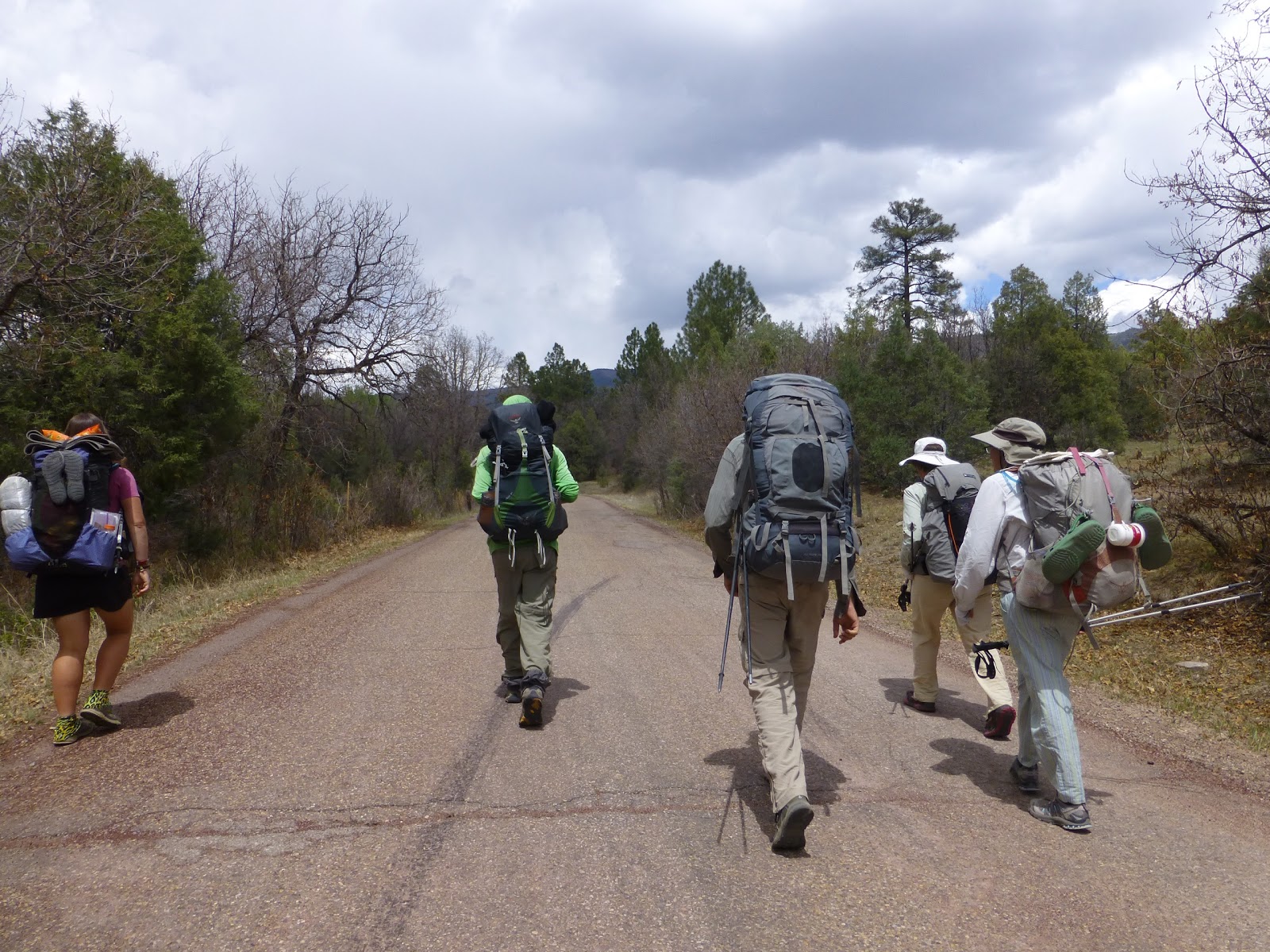 There were raindrops from time to time, so my camera was tucked away and I use my iPhone for the pictures today. Most of the 12.7mi we hiked today was a gradual uphill. We ended up going up over 3,500ft to get us well over 10,000ft. I was happy that the elevation seemed to have little effect on my energy this time. We are currently in the San Pedro Wilderness and I am absolutely loving it! 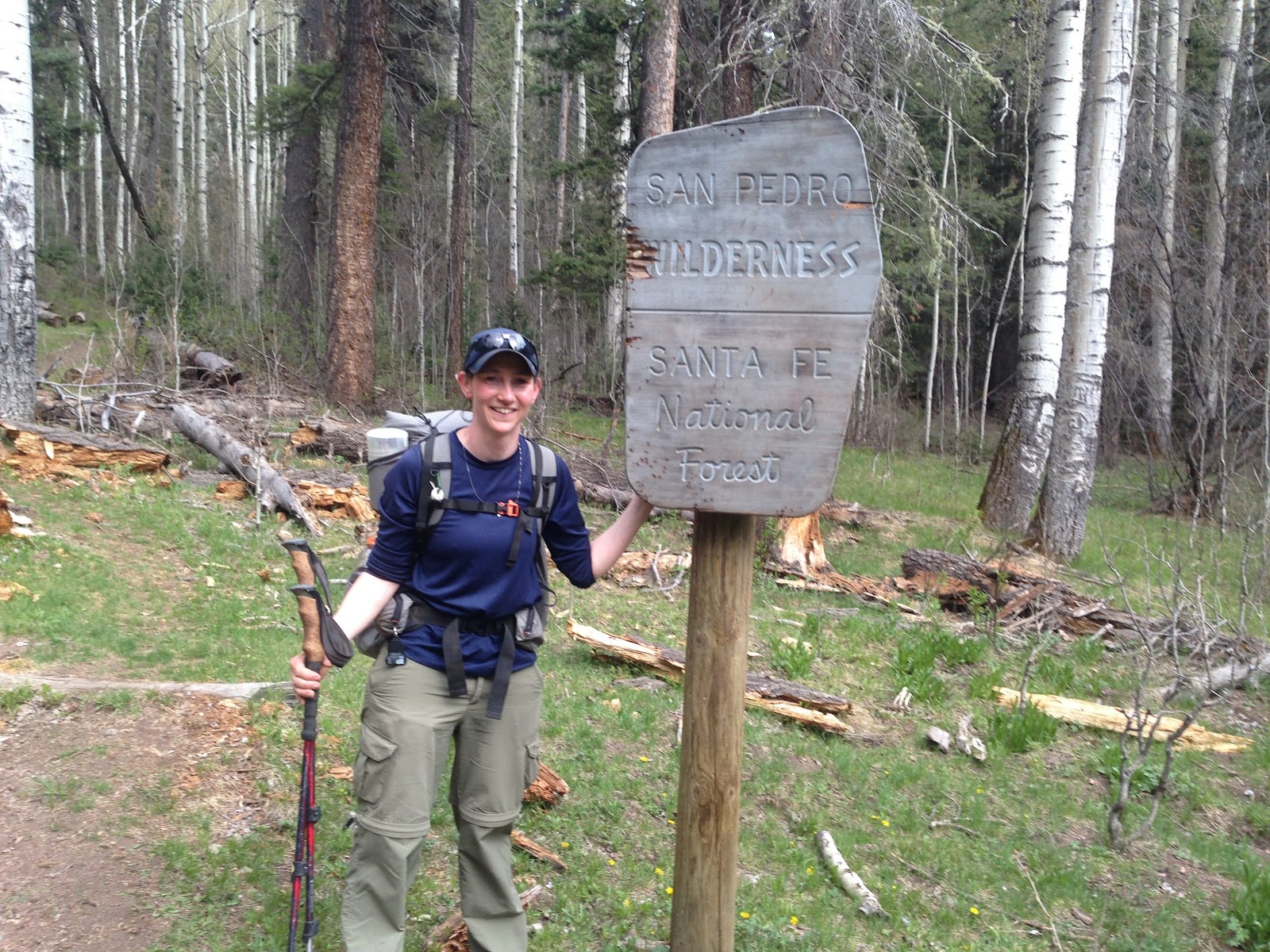 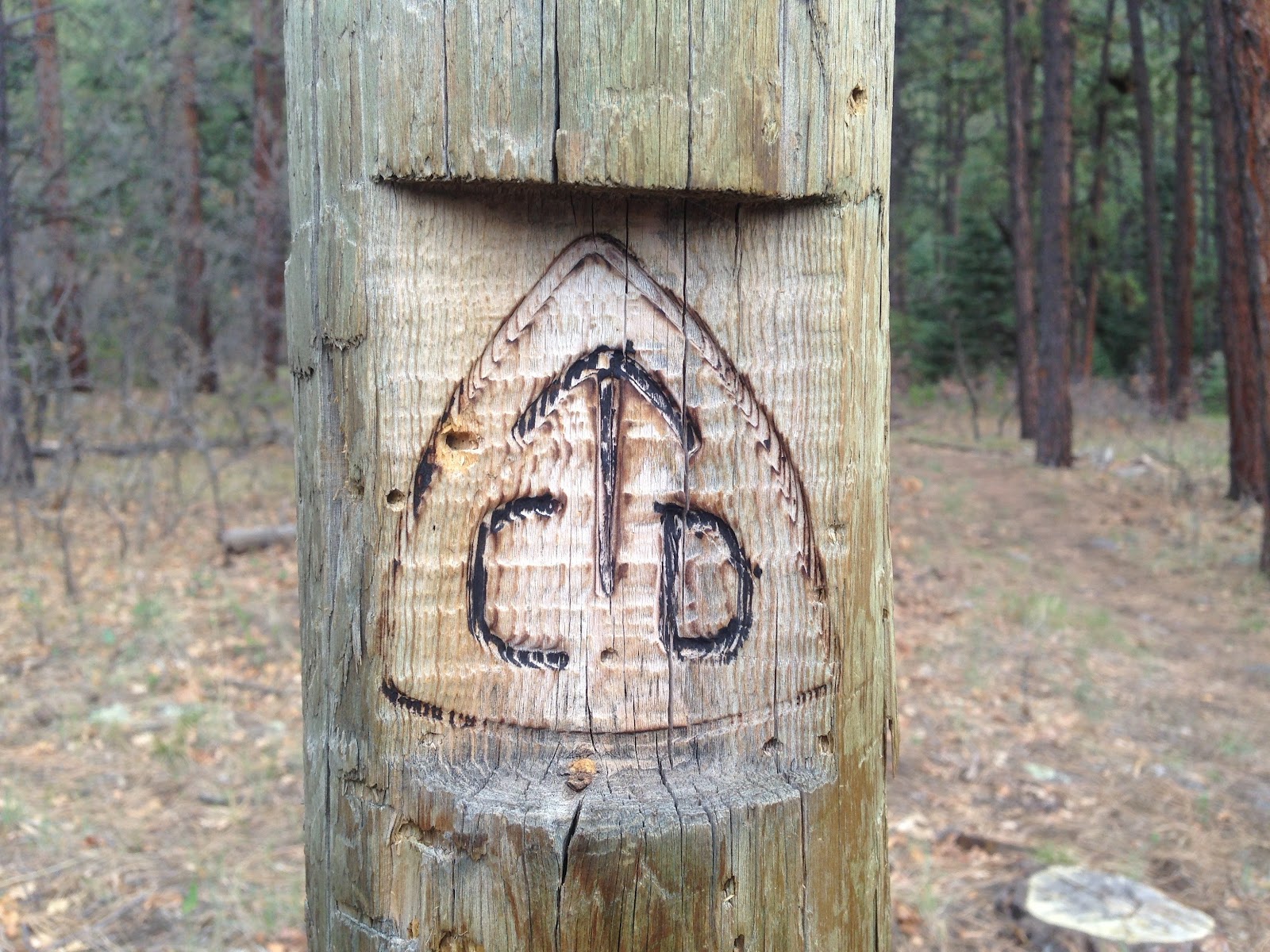 I just love hiking in the woods! We also hiked along a running stream the whole time. Actual running, clear, water that wasn’t in a tank or infested with cow droppings! We are officially in mountainous terrain with more trees and winding forested trail, which is my favorite. Just breathing in the air was invigorating! The temperature was pretty cool in the 30s and 40s and was perfect for our extended uphill hike. We just had great trail that wove up into tall aspens. 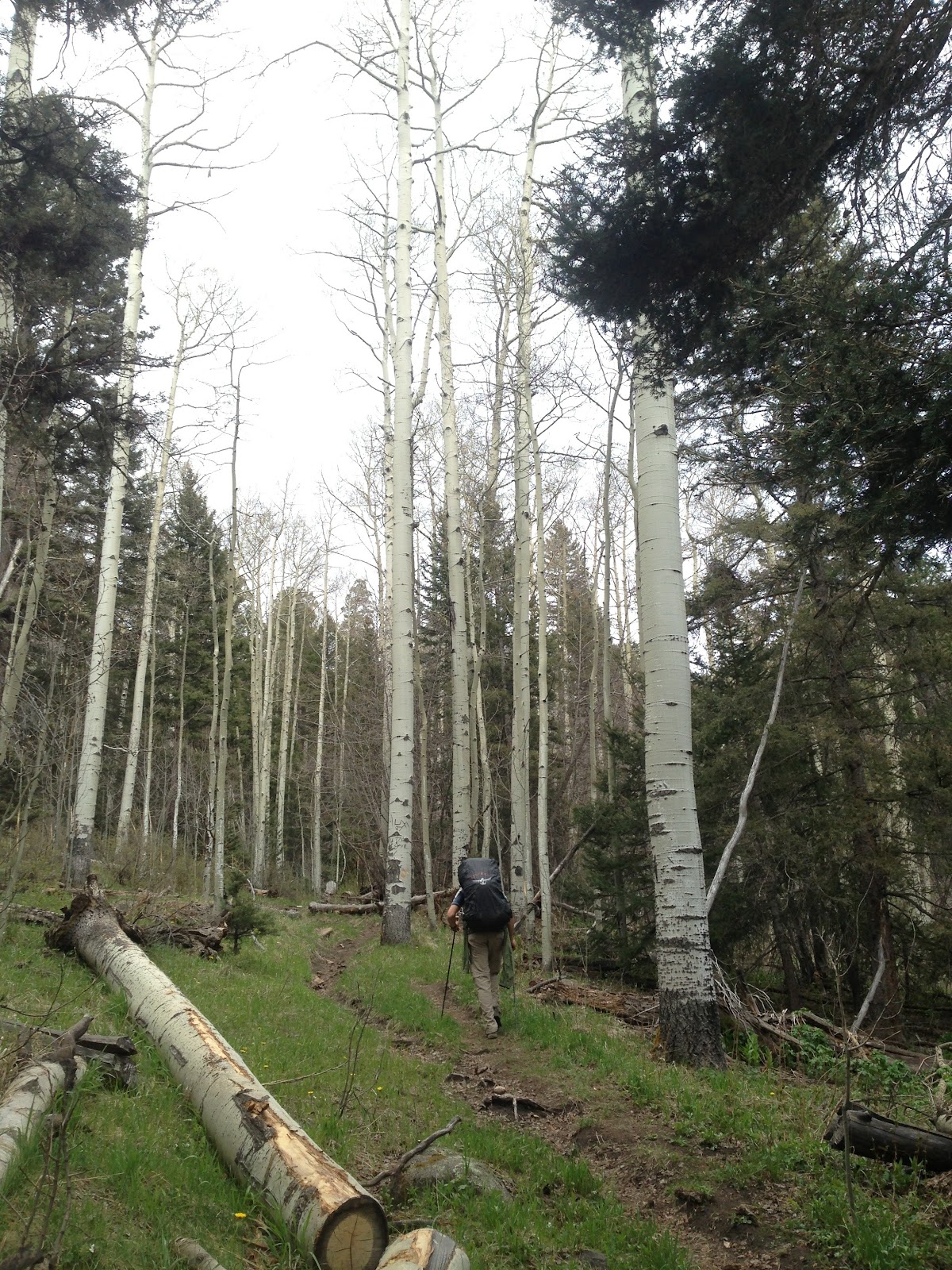 My pictures today were taken on my iPhone as there were raindrops on and off with the threat if rain. For about an hour and a half towards the end of the day, we even had flurries that came down lightly. We should see more patches of unmelted snow this leg and full on extended snow sections in a few days. I still can’t believe we are already in snow when I was walking in 90 degree heat just a few days ago! 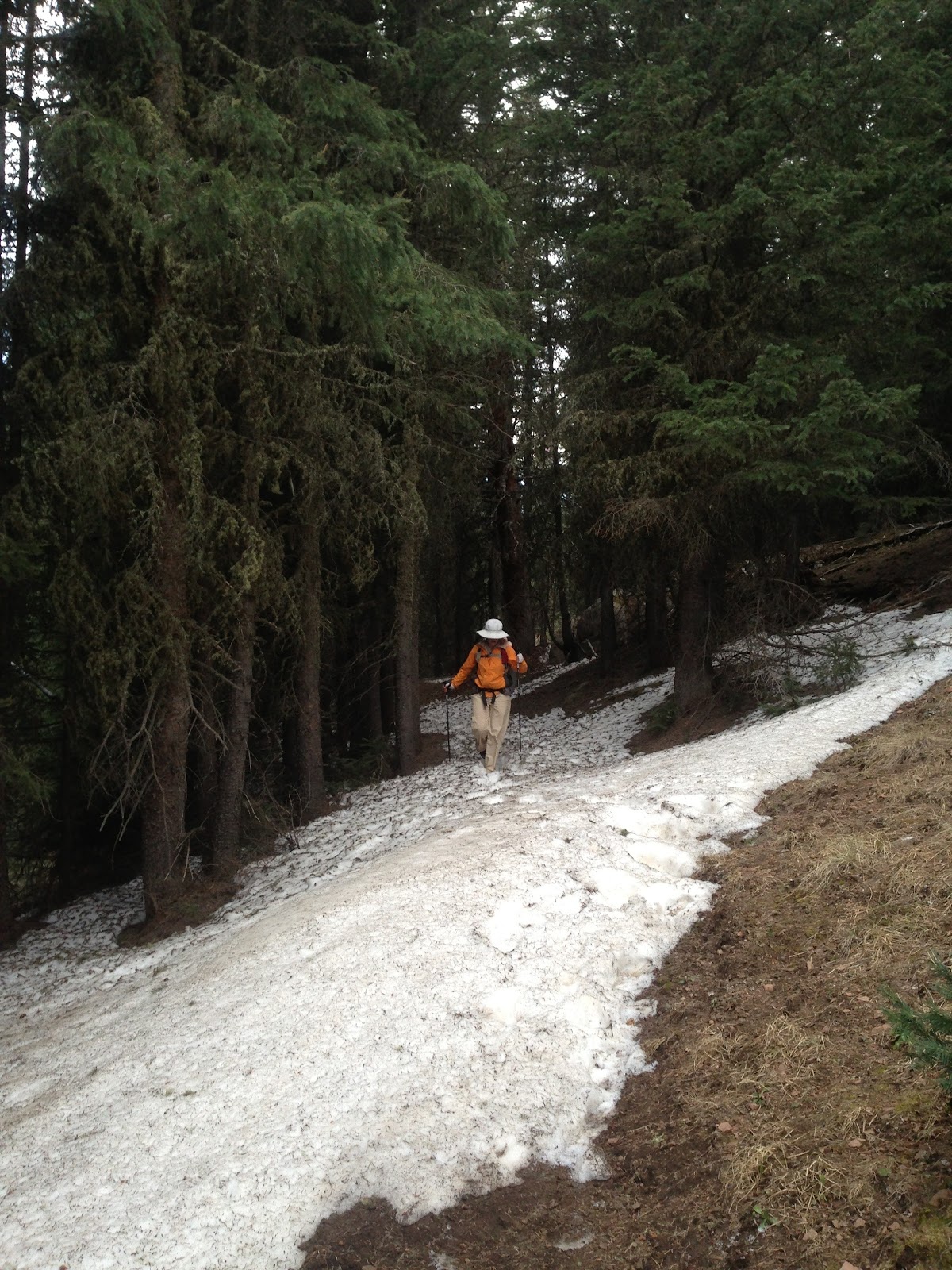 By the time 6:30pm rolled around, it was pretty cold and we stopped a bit early to ensure a good camp spot while giving us plenty of time to get settled and warm before dark. We had a stream running right near camp, which I think is the first time this whole hike! 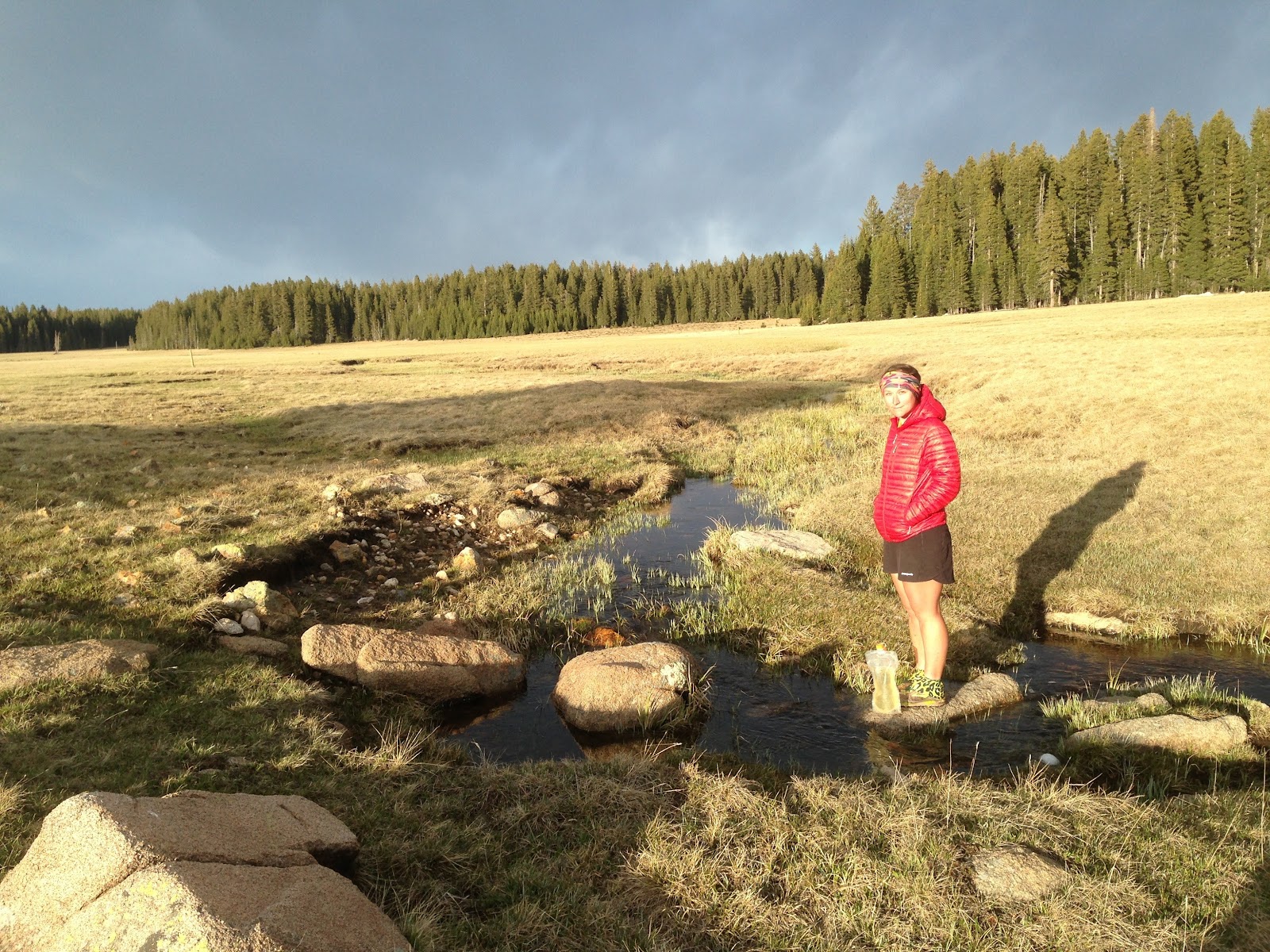 It was right at freezing as we made dinner and it has to be in the 20s now. We are at 10,400ft, which is the highest I’ve camped so far. I’ve started adding the camp elevation at the top of each post to give an idea of how high we are each day. I am absolutely loving my ZPacks 10 degree sleeping bag! A negative of the Hexamid Tent I have is that it is drafty on the door side with the beak, so it is colder on that side and I face the back side as I sleep. Sweetfish took a slight detour to a ranch about a mile off trail that he had a package sent to, so chances are he’ll catch back up with us tomorrow. We are taking our time as Ghost Ranch is only 50mi from Cuba and we all plan to zero there to allow some more time for temperatures to warm up and future snow to melt. Also, many in the group had their snow gear sent to the post office instead of the hotel in Chama, so they have a day they need to burn since it’s going to be Memorial Weekend and they can’t get packages until Tuesday. I am not looking forward to another thru hike with a lot of snow, but I absolutely love hiking in mountains and these forested areas. Hopefully, it will melt quickly. We are all camped close together in a sheltered little flat area without snow or marshy wet ground. It was a good day! 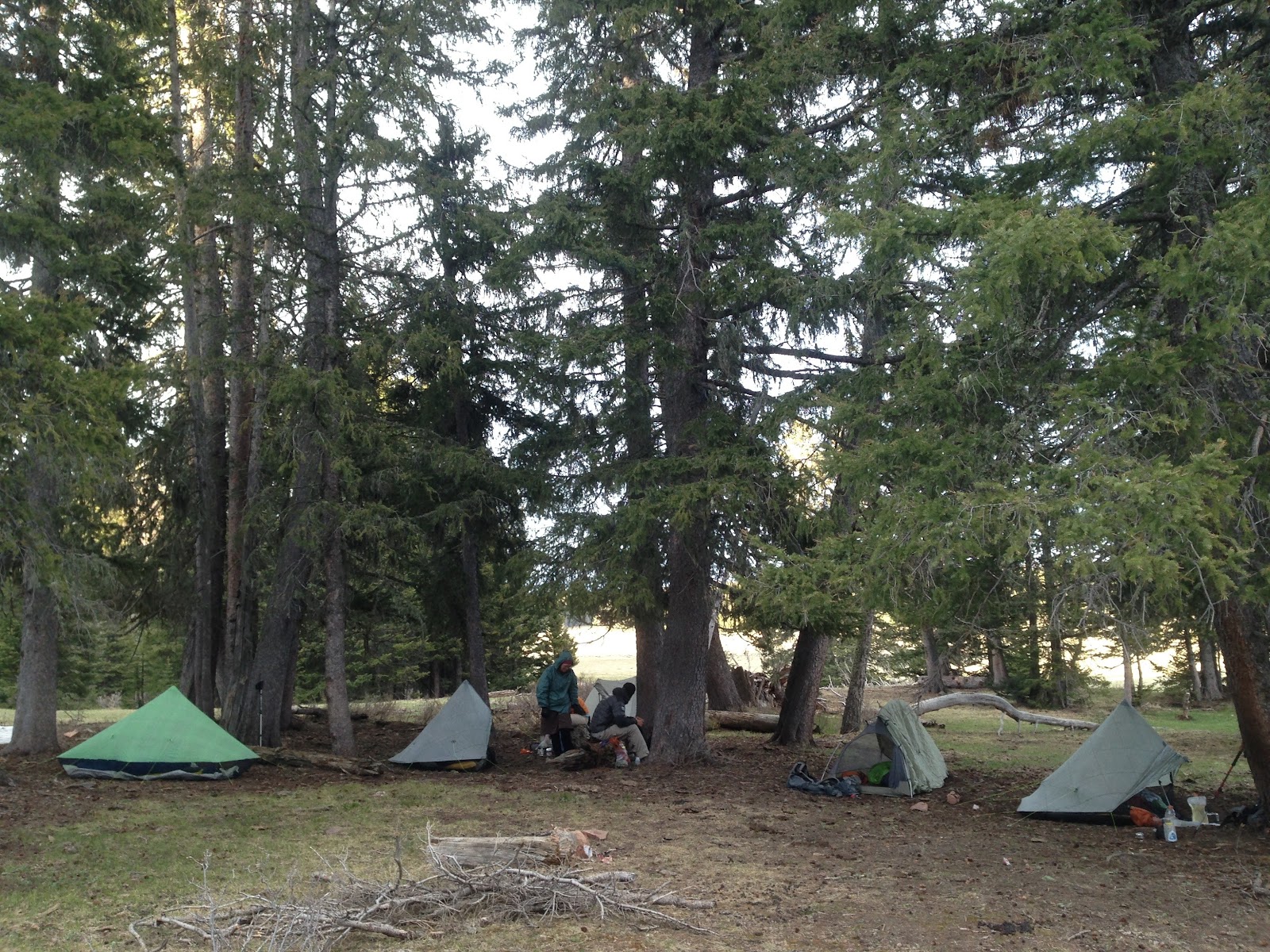