April 30th
On the side of the dirt road(125.4)-Silver City,NM(144.5)
19.1mi(.5 to the hotel)=19.6mi
Today was the road walk to Silver City. I wanted to get it done as early
as possible since it was a town day and also just to avoid the road in
the heat. I woke up before my alarm just before 5am and decided to get
started. I was walking by 5:45am. As I was leaving Liz, Drop-N-Roll,
Ninja, and Strider were getting ready. The sun was rising just as I
started the 6mi on the dirt road before I hit the highway. I set the camera down and got this shot. 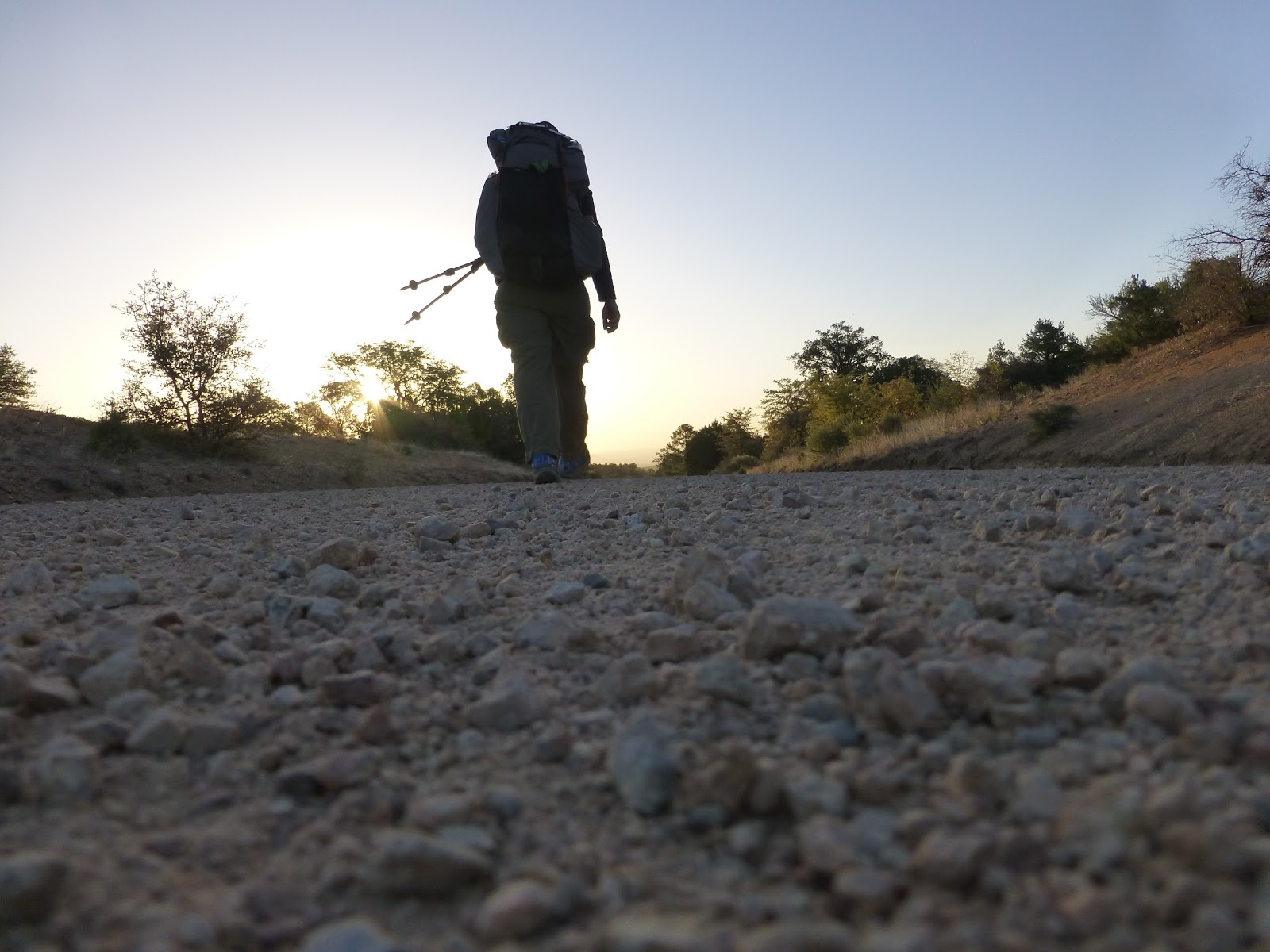 I was loving the morning walk on the soft gravel. I realized I could watch Hulu and I got to finish a Modern Family episode and watch an episode of the Office. My kind of hiking, ha! There was very little in the way of views. The only significant sight was this copper mine that I saw for a couple of hours. 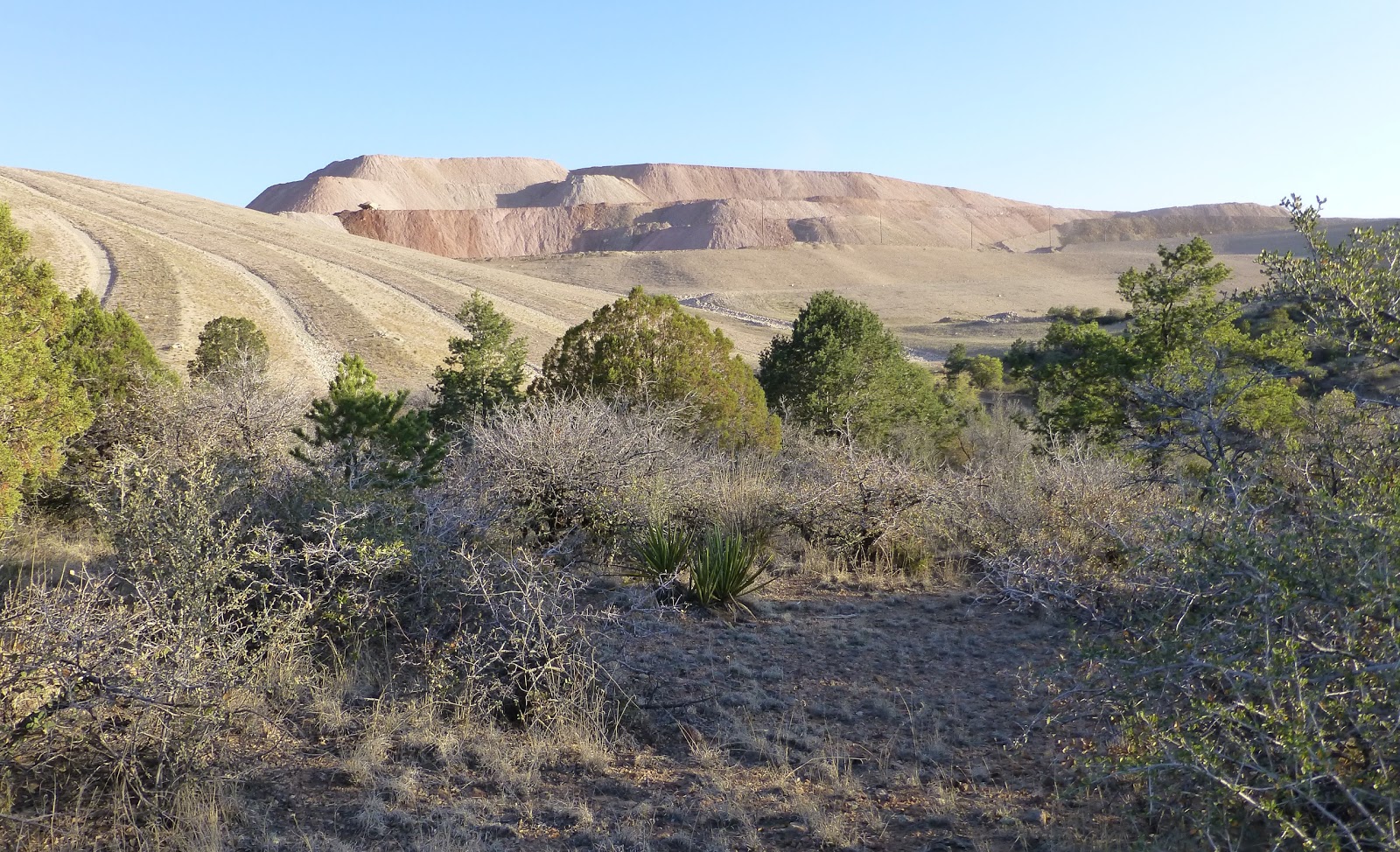 When I hit the highway, the sun was stronger, but there was a breeze to make up for it. There is a major bike race called “Tour de Gila” going on this week, so there were bikers riding by every so often. It took my mind off my sore feet by rooting them on when they passed and that was fun. 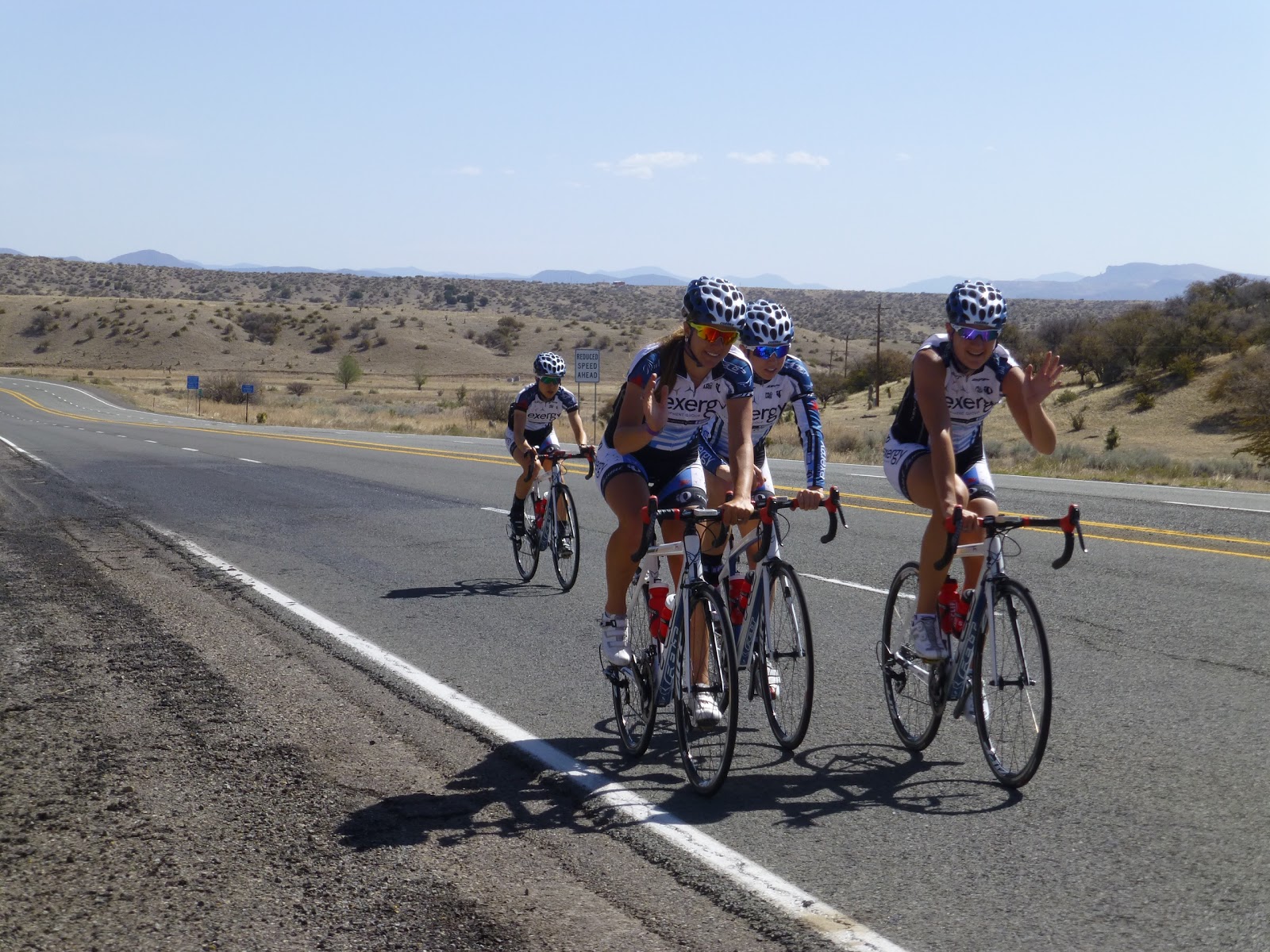 I was at the hotel by 1pm. Not bad for 19mi! I got the room to myself til about 4:30pm when the rest of the group arrived. Strider has joined in on the hotel room, so we have five of us stinky hikers in one room. That’s a bit much for me, so I found a quiet place to upload my pictures and videos. Mark had come into town and was in his room, so he let me work quietly in his room. I had my computer sent here and will bounce it ahead every couple of weeks to upload videos and slideshows, so that post is next. They decided not to take a zero tomorrow and I’m bummed about that, but the group doesn’t want to leave until late afternoon, so that should be enough time for me to catch up on stuff…I just might not get time to watch Survivor, ha!