May 31st
Adams Fork before Summit Peak(690.6)-Silver Pass(710.9)
Camping Elevation: 10,734ft
20.3mi
I always get excited when it’s Day 39 on trail. On the show Survivor, the winner is the one who makes it the whole 39 days, so I tend to celebrate this day and see it as a marker of sorts. It’s hard to believe it’s been 39 days already. It feels like it has flown by, but when we really think about it so much has happened since we started the trail and it feels like a lifetime ago that I was living my regular life in Portland. It’s just a fun day to reflect on everything that’s happened so far on the trail.
As for today, it was a pretty great and complete day. We started off really excited because the wind wasn’t as strong and it was not as cold so for the first morning, we started without our down jackets on and just wore our rain jackets (we’ve been wearing both). Unfortunately, my dry cough has become fairly regular the more active I am and the higher the elevation is. This morning wasn’t helpful we had an immediate climb up to our highest point on the trail so far. We had a 1,200ft climb out of the canyon we were in and that took us up to 12,500ft. My body was not reacting well as I expected because it is having to acclimate every time we reach a higher elevation. I was very dizzy going up and practically moving in slow motion. There is just less oxygen at higher elevations and my head spins and my muscles move a lot slower. The group let me lead and I felt bad for being slower, but they know there isn’t anything I can do about it and that everyone has different reactions to elevation. The dizziness passed after the morning, but the cough is still lingering. As we climbed out of the canyon, dark clouds gathered and we crossed our fingers that they would clear. Here is a picture from the top of the canyon looking back on where we came. 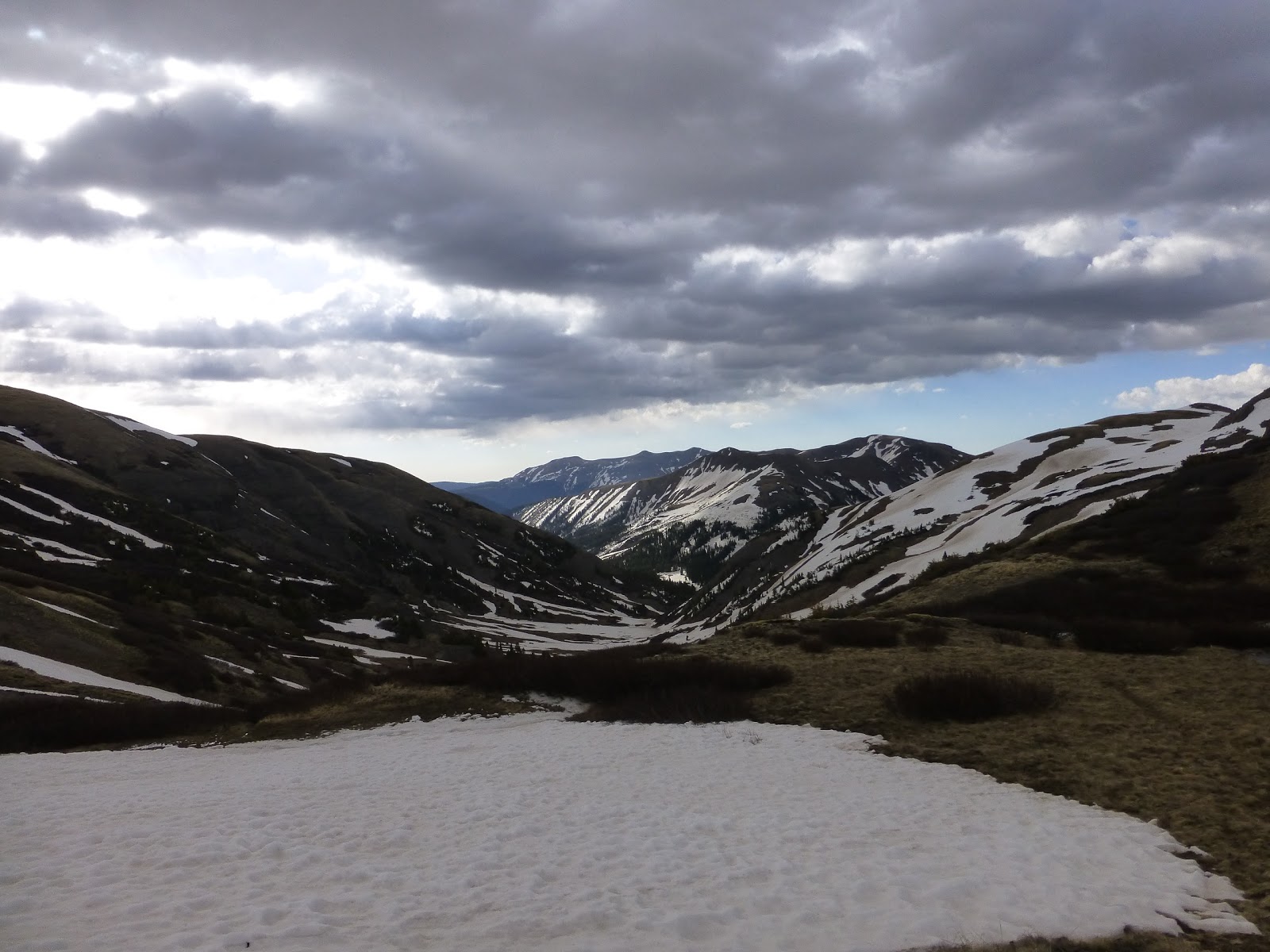 That wasn’t even our high point for today. We we up and down a big and ended up topping out around 12,800ft. We were up near 12,000ft for most of the day and luckily, the clouds did clear. This morning had some pretty spectacular views. The stitching on my camera has some lines, but you get the idea. Epicness!

We traversed all the way across this slope about halfway down. The picture above shows the group hiking up to where I took the picture below that is looking back on what we crossed.

Then we we crossed a level snowfield and you can tell how high we were as we were about level with the peaks in the distance.

Much of the morning was in snow, with stretches of dry trail, but the snow was firm enough to walk on top of it. It was uneven with suncups formed by uneven melting, so that was what made it more challenging to walk on. We got to a section that was steep and difficult to traverse, so some of us chose to glissade(slide) down like we had done yesterday. Here is a picture of that slope. 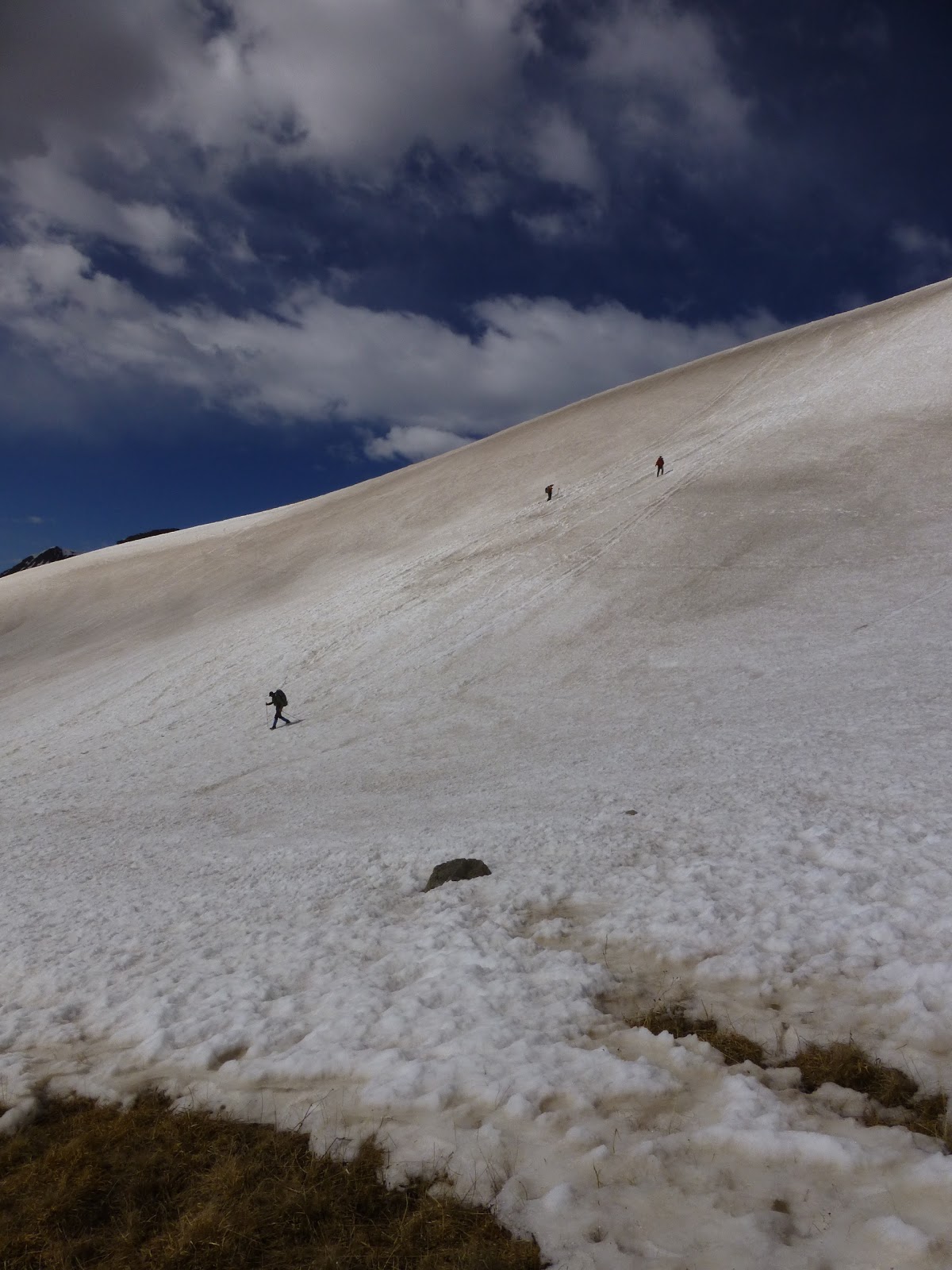 As the day continued, there was less snow and more dry or marshy trail. 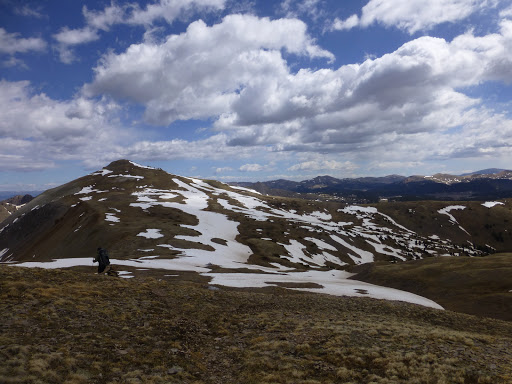 That allowed us to move faster and we did good mileage today. We took an extra long lunch break because it was the first one on this leg that was warm enough to actually enjoy. After lunch, we had more hiking in the trees and that always brings more challenges with the unmelted snow. The mounds that build up in the trees are variable and random. It makes for tiring hiking and it seems to be melting quick as we had much less to get through than others just days before us. 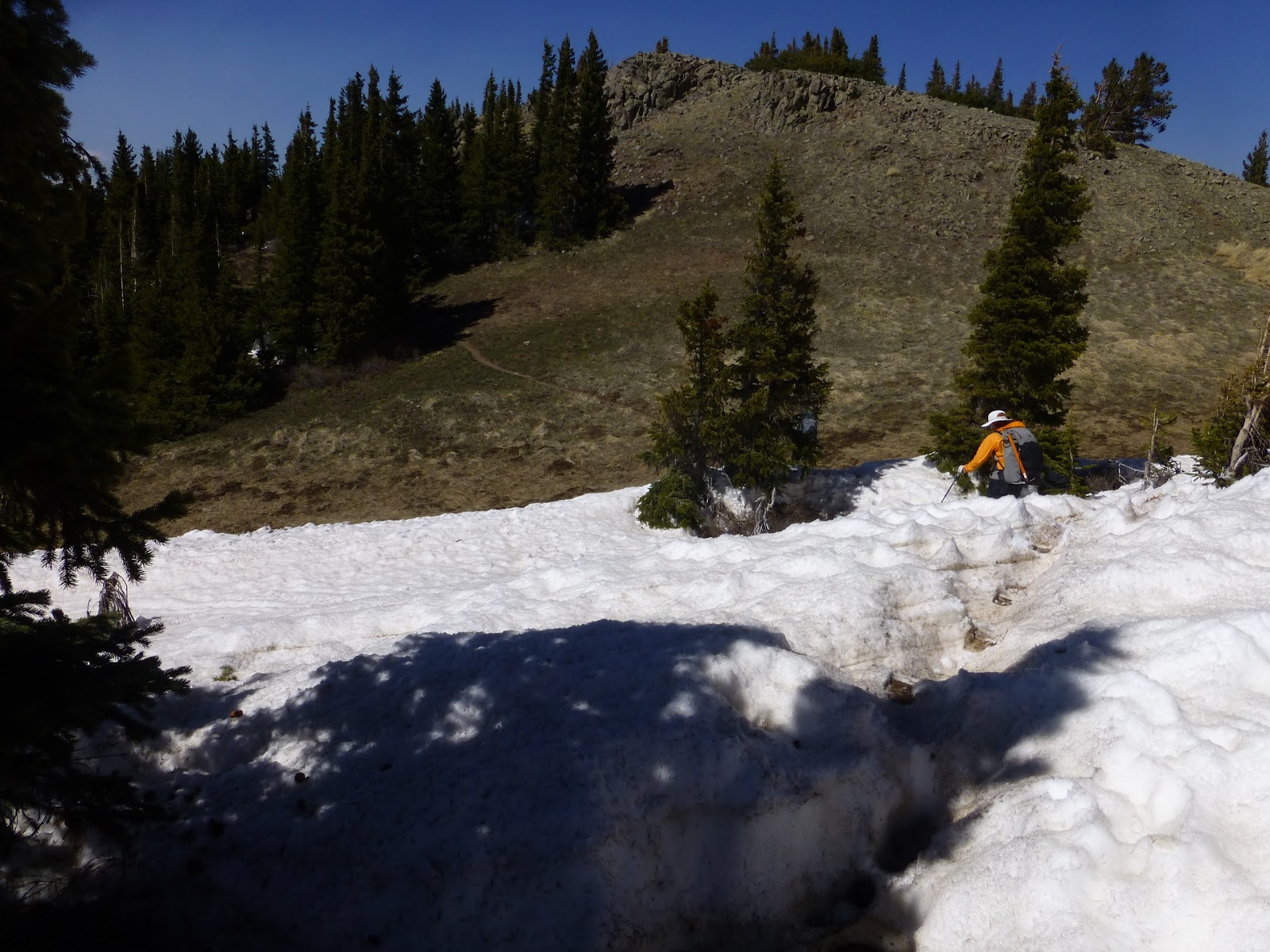 I was excited the group was willing to hike later to get us closer to town for less miles tomorrow. We got to a great stretch that contoured some hills and gave us a great view of the valley below. It was probably our longest stretch of dry trail all leg. If you look closely, you should be able to seen the trail continuing all the way around the hill in the distance. We cruised on the downhill before hitting some more wooded snow mounds. 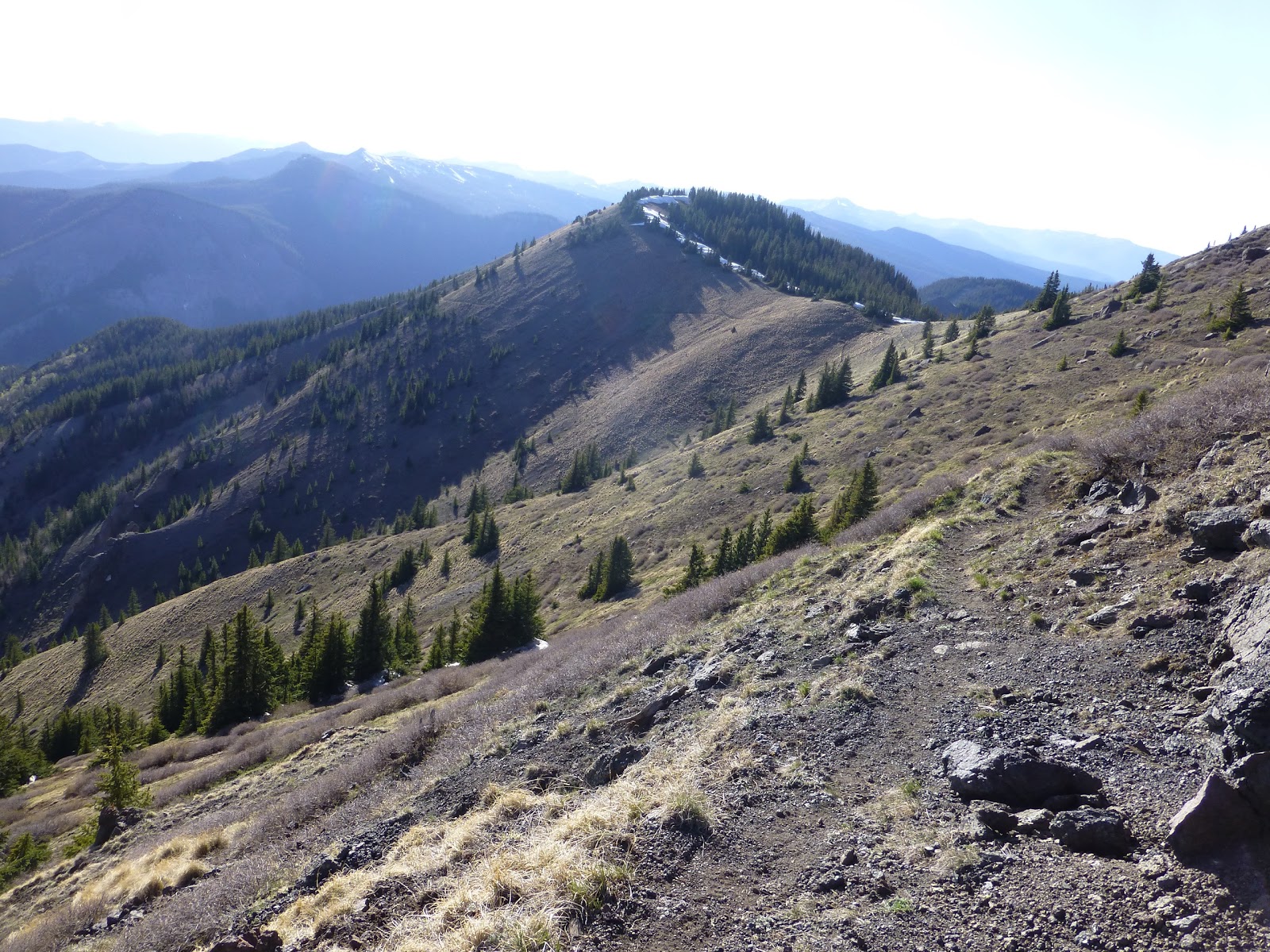 We ended up hiking til almost 8pm and are less than 9mi from Wolf Creek Pass where it is a 22mi hitch to get to Pagosa Springs. Luckily, we were able to get in touch with Beacon who is helping Balls and Sunshine and he is going to pick us up at the pass tomorrow to take us into town. Hopefully, we will overlap with Balls and Sunshine, but we keep coming in just after they leave town. We had hoped to hike together, but they are on a mission and moving fast so they may not be able to slow down enough for me to catch up. My friend Rockin’ and her son Silly Chili are meeting me in Pagosa Springs and I will be teaming up with the two of them starting on this next leg. I’m really excited about that!