Day 51: When Did We Reenter New Mexico!?

Oh man, today felt like we were in New Mexico again! It was a fairly uneventful day so this will be a short entry. Mainly, it was hot and we had water stresses. It was just like in New Mexico. We had a lot of possible sources, but many were difficult to find, stagnant, or just plain dry. Here is an example of a marshy area we did not pull from. 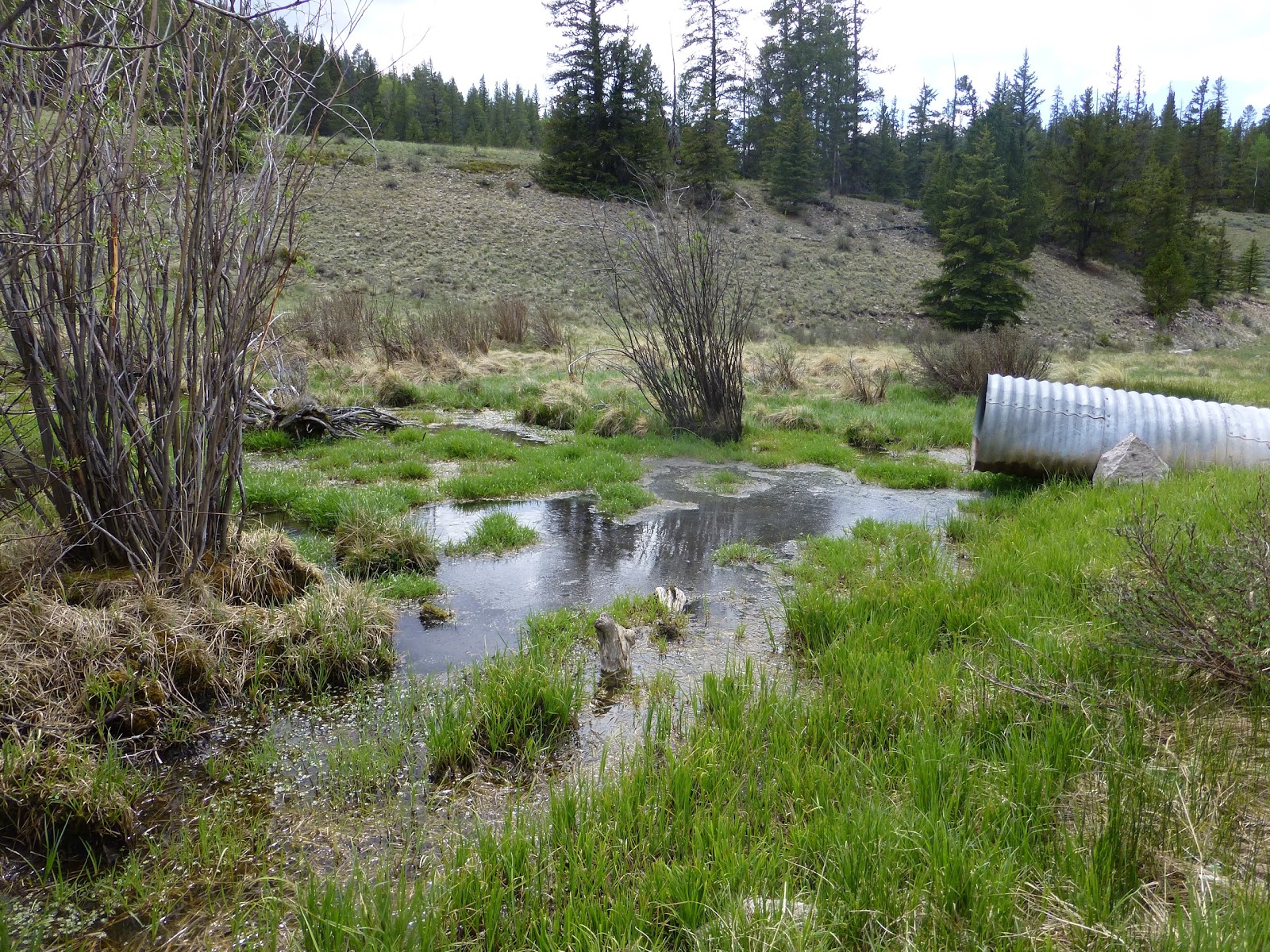 It was mid 80s and we were road walking most of the day in the sun. 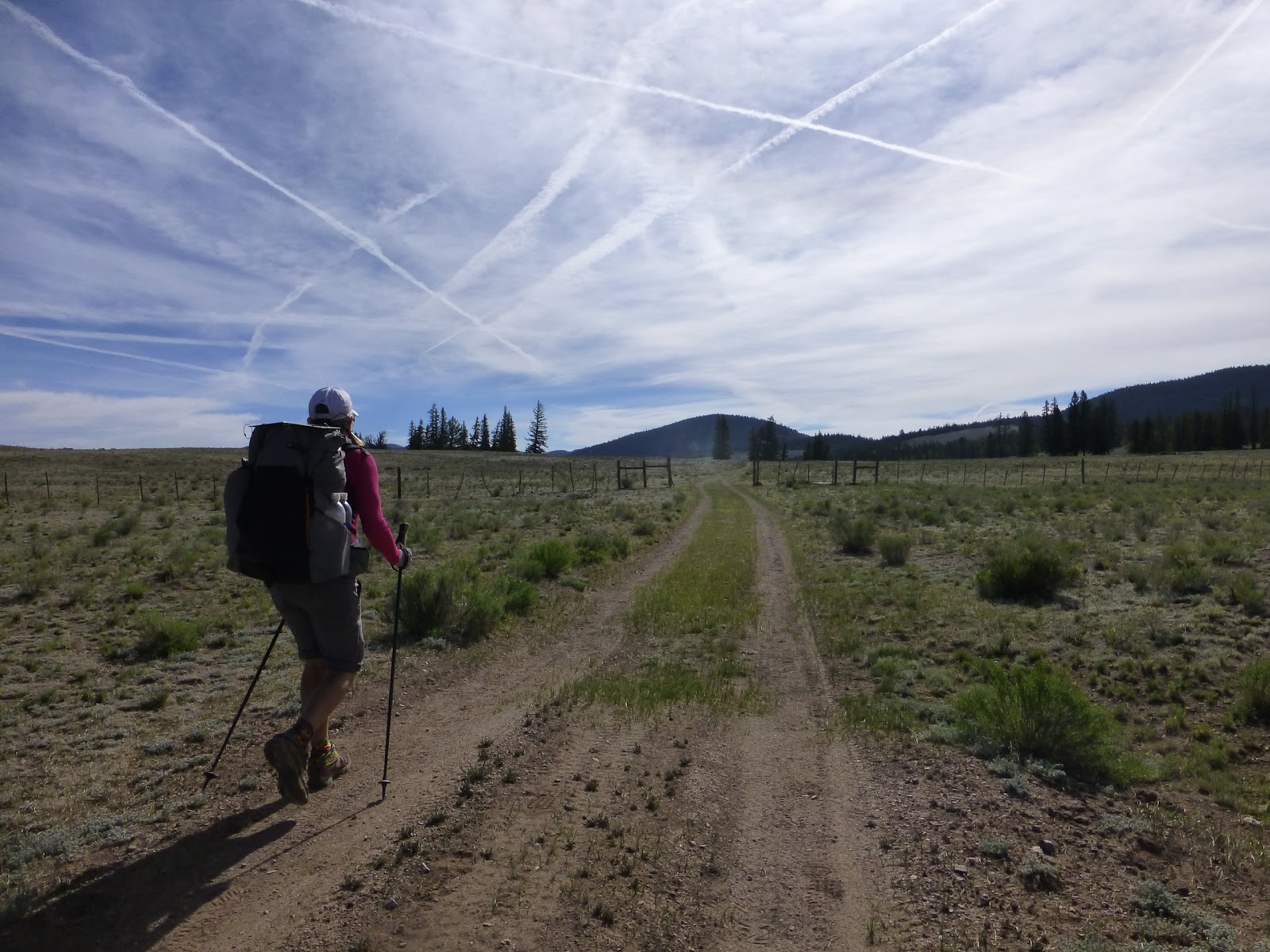 There were also many intersecting roads and turns we needed to pay attention to. We only missed one turn today while in conversation and I noticed it within a quarter mile, so that was fortunate. Cherry Picker said he did that yesterday and wound up hiking an extra couple hours!

Within the first hour or two we walked up on Cherry Picker as he was getting going for the day. He sped on as he does after talking with us for a bit and we didn’t see him again. In the distance this morning, we could see LoveNote and Stryder hiking on a road, but we never got close enough to say hi today. We leapfrogged with Bo a bit in the morning. He ended up passing us during our lunch break and we didn’t see him again. I got to start a new audiobook that I’m liking called The Red Book by Deborah Copaken Kogan, so that kept me entertained. I want to thank Caty for getting that for me. THANKS Caty!

The lack of water and increased heat has us paranoid so we are carrying extra just in case, but that is never fun. We were fortunate that the clouds came late in the afternoon for some relief from the heat. 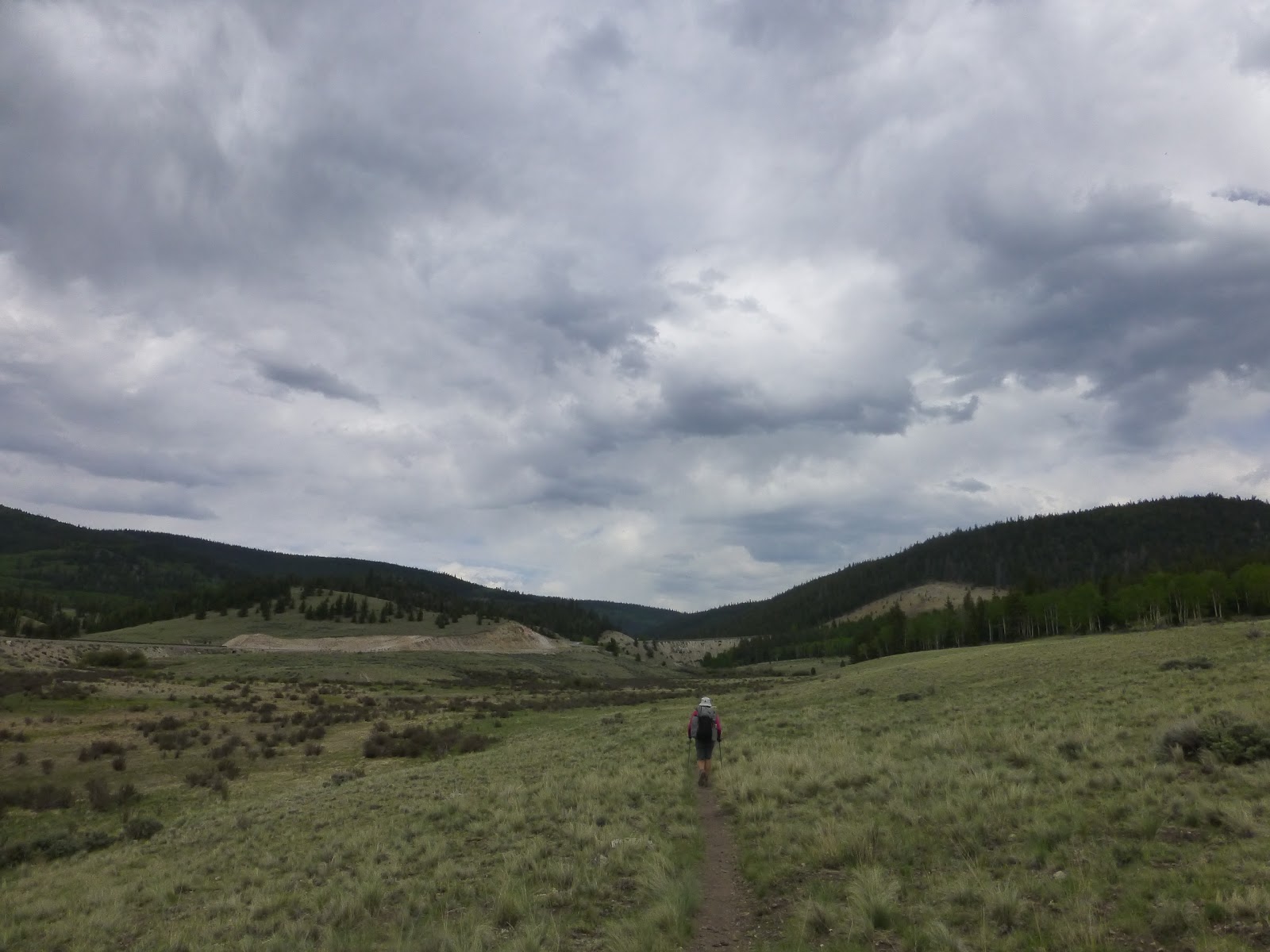 There was even a cooler perfectly placed at the end of the day that had sodas in it. Rockin’ and I got the last two, but I don’t drink soda and knew there was a trio right behind us, so I left them a note that luckily, I don’t drink sodas so they got the last one. At 5:15pm, we reached the last water for possibly a long time according to the maps. We chose to eat dinner at the water source and thought about hiking on afterward, but ended up just staying. The mosquitoes are officially out, but not aggressive yet. More hovering than attacking so far. For a bit I was really frustrated that we weren’t going further and that we stopped so early, but Rockin’ pointed out yesterday that we are still on the estimated schedule, so why push. I agree that I was pretty spent and that it was nice to stop early. I know I can push and go further, but that doesn’t mean I have to. We are still finding a strategy to meet both our needs. For example, tomorrow morning has a lot of uphill, which I do much faster than Rockin’ at the moment. The plan is that I will sleep a bit later and catch up to her in the morning. It will be nice to sleep in a bit. I really enjoy relaxing more on short backpacking trips, but with these long ones, I tend to push hard worrying about finishing before the snow hits in Glacier. I’m going to try this relaxed schedule another leg and see how it goes. As long as I’m on schedule, I think I’ll adjust, but time will tell.

Tonight we were joined at camp by No Amp(who I know from PCT 2011), Swiss Cheese, and Bone Lady. A trio who hiked the PCT in 2012 together and all of them are getting their triple crown. 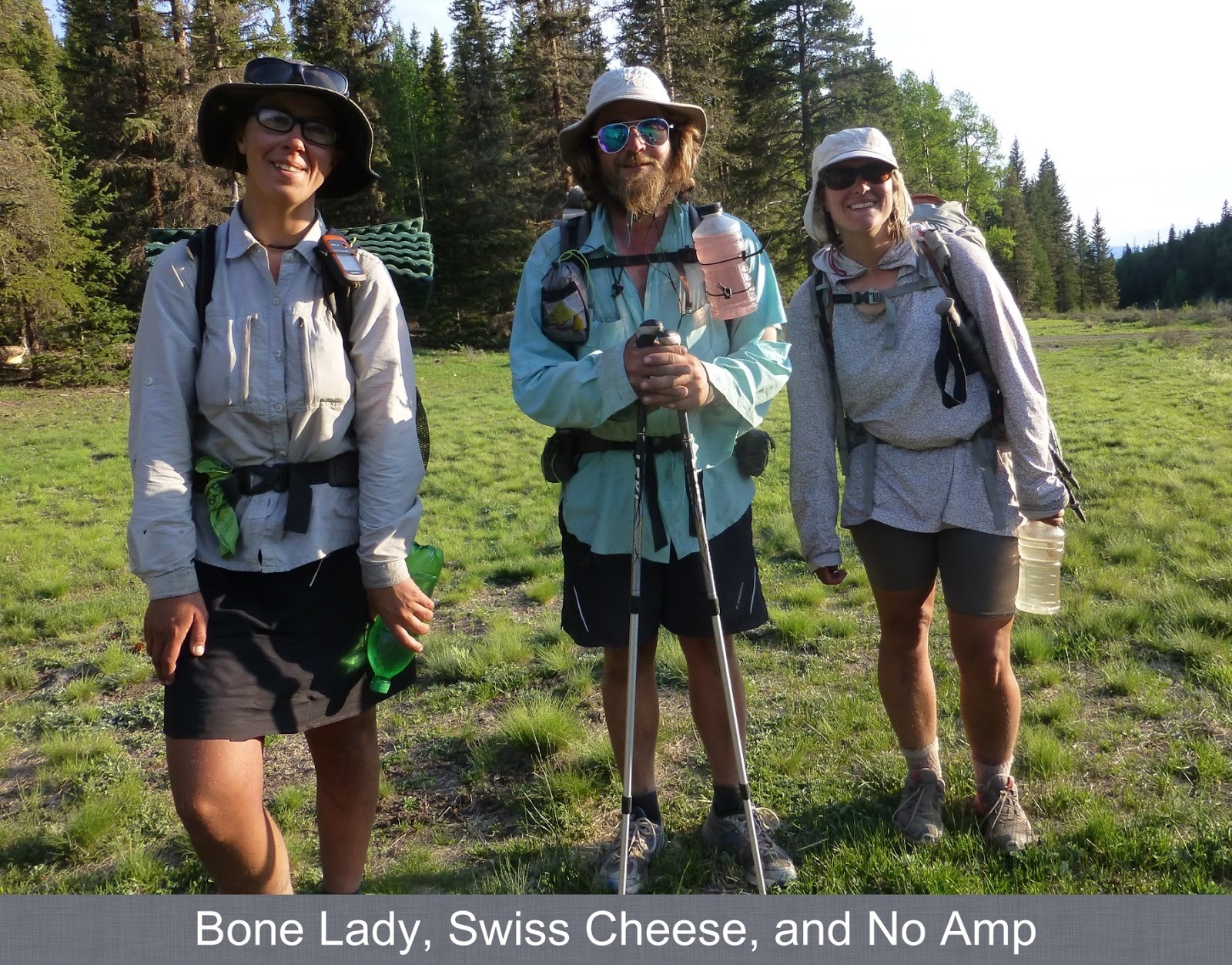 They are a nice group that we may be overlapping with the rest of this leg. I’m looking forward to a good night’s rest. The heat wore me out today!