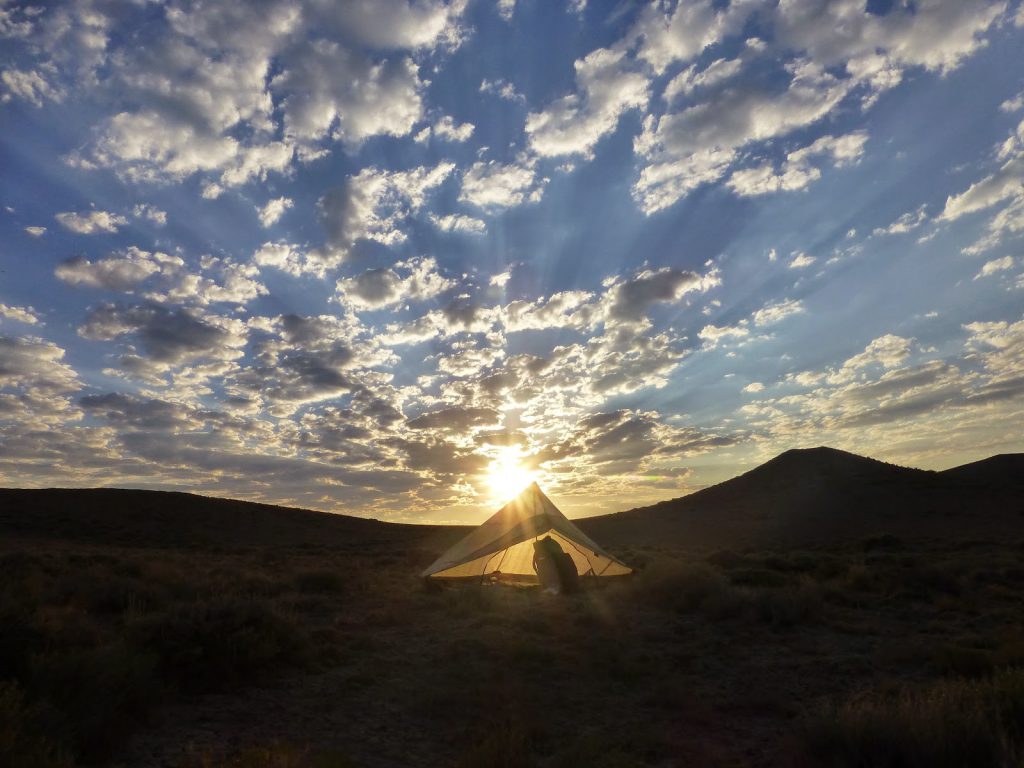 I felt great and no effects from the big day yesterday other than a bad heat rash on my legs, which is normal for me and should pass. Yesterday, I showed a picture of my last water source and said it wasn’t as bad as New Mexico…I was SO wrong! Let me explain how the maps work for me. I use two sets of information. I mainly use Bear Creek waypoints (which I also have a hard copy of listed as Beacon’s Data Book) and Ley maps. The Ley maps I use generally to look for alternates and important notes. The catch is that the Ley maps are intended for southbounders. I point this out because sometimes notes that apply for the section I’m walking through might be noted a page or two after I walk through as they are there to warn southbounders before they walk through. I looked at the waypoints and saw plenty of water options for the final day hiking into Rawlins. I also looked at the Ley maps one page ahead and saw that the reservoir I was headed to camp near last night had a warning not to drink the water because it was high in alkaline/saline. I was proud to have looked ahead and got water about 11mi before that reservoir that would get me through the night and into town today. Here is some of the cross country from today. 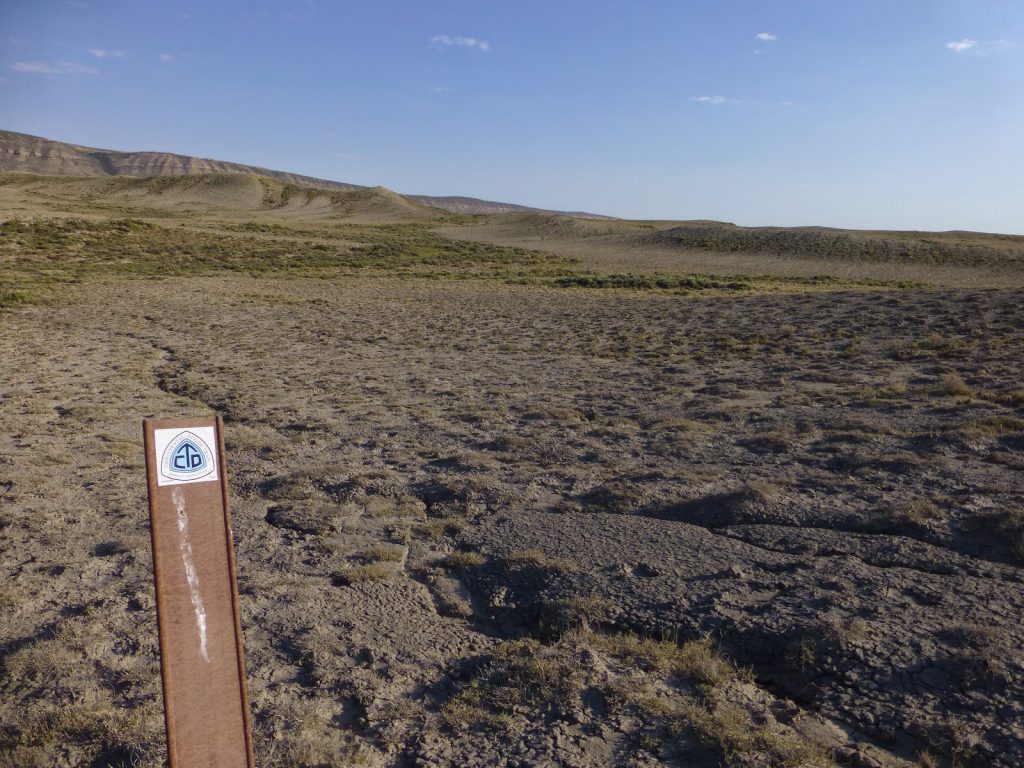 Well, apparently, I needed to look three pages ahead where it states that ALL the surface water for about 30mi south of town contained saline/alkaline. Uh-oh! How did no one mention this!? I was stuck. I couldn’t hike the 20mi in heat today without drinking water. I even saw farmers this morning that drive by and confirmed that I grabbed bad water. They didn’t have extra water to spare and said that the water wouldn’t poison me, but would “give me the runs.” I called my sister who looked it up and basically got the same report. I had no choice. I had to drink the water and hope the consequences would be bearable. I held out as much as I could and drank about a liter of it. 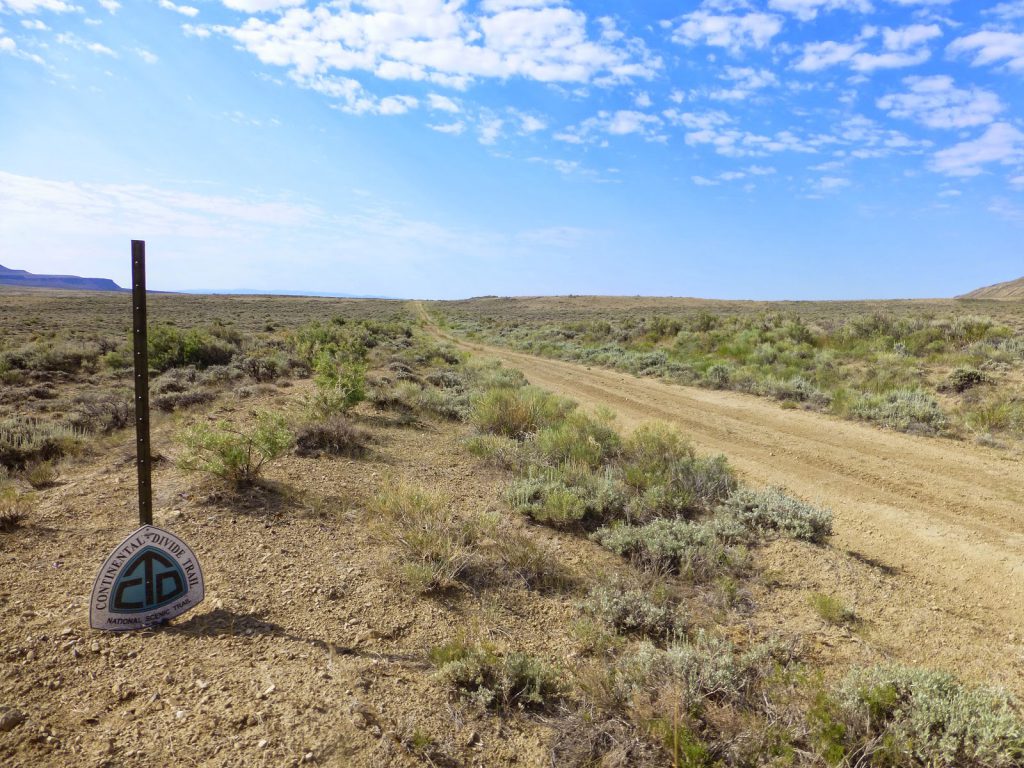 I didn’t feel any effects from drinking the water and hoped I had dodged it. As soon as I got to town, I got something to eat and drank a ton hoping to dilute whatever I did ingest. Then I headed to the motel. When I got there it was about 1pm and I found out that the small motel, which is the best deal in town, was already sold out. Argh! Then she let me know another hiker was there and it was Puck. The last I saw of Puck was a picture I posted of him on Day 36 at Cumbres Pass. Long story short, he chose the Creede alternate around the San Juans because he hikes in Chaco sandals and has had many detours and days away from trail with family, friends, and a whole array of stories, and is now here! He mentioned that Mark was still in town. The last I saw of Mark, he was in Lake City and took off close to a week when his girlfriend came to visit. We’ve kept in touch and he jumped ahead on a section he’s done before to still be with our general herd. Both of these guys love their own space and hotel rooms, so I had no hope of splitting a room with either of them and that’s understandable. Heck, Mark’s technical trail name that he doesn’t use is Motel Moses for his knack of perfecting his town stays solo in town. The other hotels were more than I was willing to pay, so Puck let me shower, charge things, and do my resupply in his room. Then I was going to go the cheap route and camp outside of town at a campground. This is when I finally went to the bathroom and found out that I definitely DID drink bad water. Let’s just say that my stomach is unaffected, but I have a fully flushed system. Of course, I lost all motivation after sitting in Puck’s room and experiencing the effects of drinking saline/alkaline water. I caved in, and by late afternoon, I got a room at a pricier hotel down the street. I hoped other hikers would come into town and I got lucky! At 5:30pm, in walked Bloodbath, Rampage, and Estero. We are all sharing a room and I’m sooo relieved! The plan is for all six of us to hike out together around noon and see what happens. I’ve known since Steamboat Springs that Bloodbath and Rampage are wanting to push through Wyoming and can do big miles, so we are on the same page and may stick together…we’ll see…
I want to send a thank you out to all those who send care packages in this last leg. 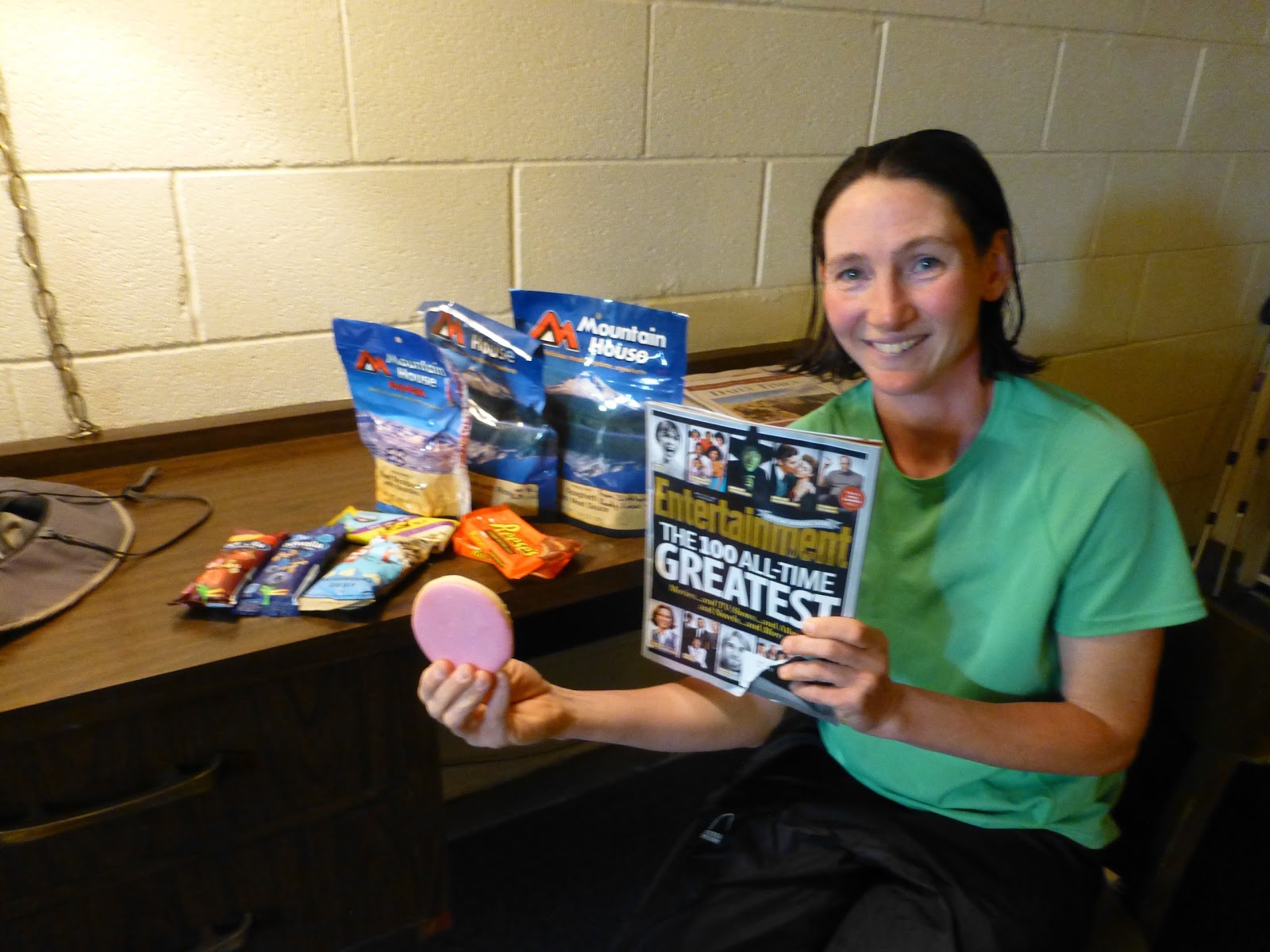 Heart for her unique Mountain House desserts and breakfasts, which I shared with other hikers. Edie and George for the Reeses and Mountain House dinner. Frank for the Odwalla Bars and Mountain House. Corinna, for the Cliff Bars. And my pops for sending more pink cookies! Yay! THANK YOU everyone! This next leg is more road walking and is expected to have ticks, so it should go by fast. Then we hit the Wind River Range, one of the highlights of the whole trail!