Aug 8th
1.5mi before 4th of July Creek(2,196.6)-Hwy 43/Darby
31mi
Oh man, today was exhausting! I think it would have been tiring independently, but to do it just after a 38mi and 35mi day made it completely exhausting. I started hiking with Stopwatch and Optimist at 6:10am. We knew we were 31mi from the road to town, so we wanted to see if we could make it early enough to make hitching in worth it. This town stop has many options for hikers. Optimist and Stopwatch were doing the most efficient one and sent a box to Sula, which is a quick spot to grab your box and get back on trail. Me, Bloodbath, and Rampage chose Darby, which is a bit if a further hitch, but an actual town. I was torn on if I would camp at the trail head, pay for the town camping area, or get a motel and I was going to just see how the day went. It was fun to hike the first couple of hours with Stopwatch and Optimist. This section has had some of the nicest actual trail and it has felt like I’ve been on the PCT with how maintained it is. We hiked on a great traverse before we hiked downhill steeply and dropped over 3,000ft to end up at our low point of 5,792ft. I don’t think we’ve been that low since New Mexico! It was a dense forest and a few stream crossings. 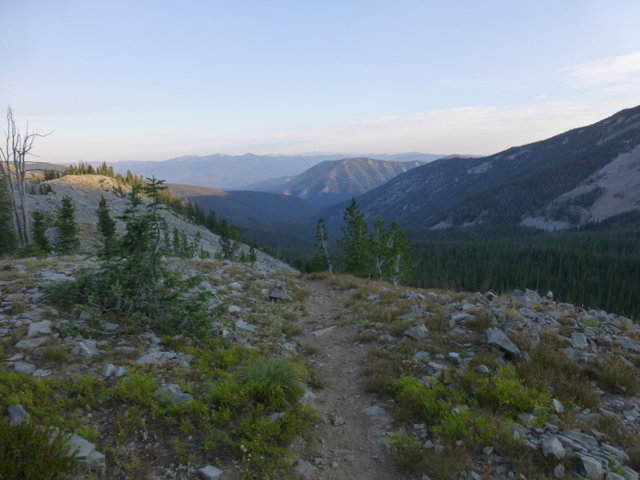 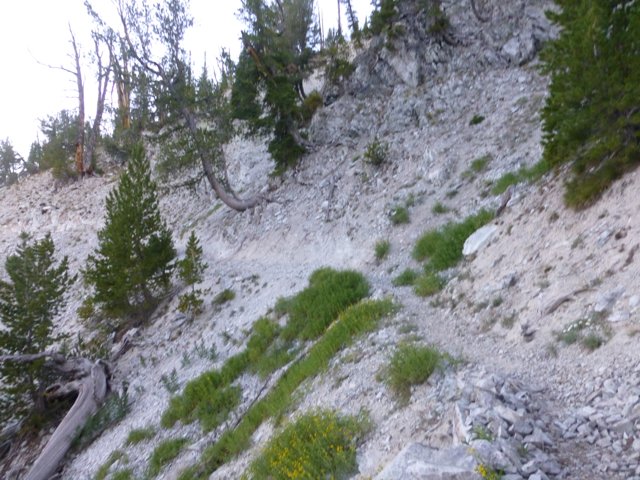 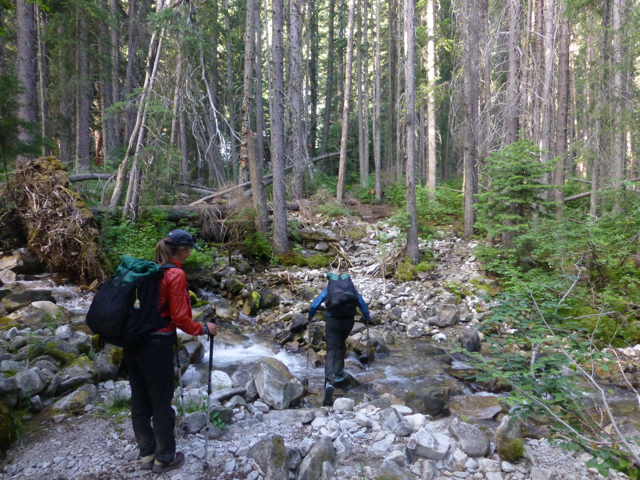 When we climbed back up a bit, they found a spot for their morning breakfast break. I tend to eat as I hike, so I hiked on knowing Bloodbath and Rampage had camped 1.5mi ahead of me last night. They tend to wake up a bit later than me, so I can usually catch up in the morning. I heard some distant indistinguishable yelling and turned the corner to the two of them having a “conversation” and what I had heard was Rampage being…well, Rampage. Gotta love her for it! I hiked on and they said they’d catch up in a bit. That’s when I hit the first of our countless insanely steep climbs of the day. It started off in brush and soon became a gravel road the wound upward as it inched up it. Apparently I was too drained to get a picture of the gravel part. It took forever! 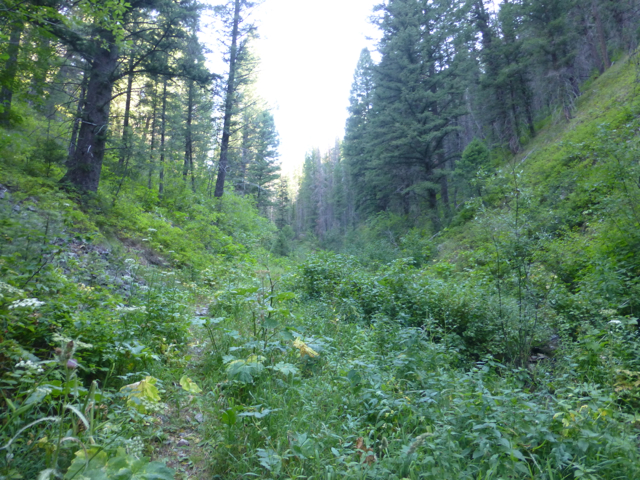 Once drained an at the top, I was happy to get a break on some level wooded trail. 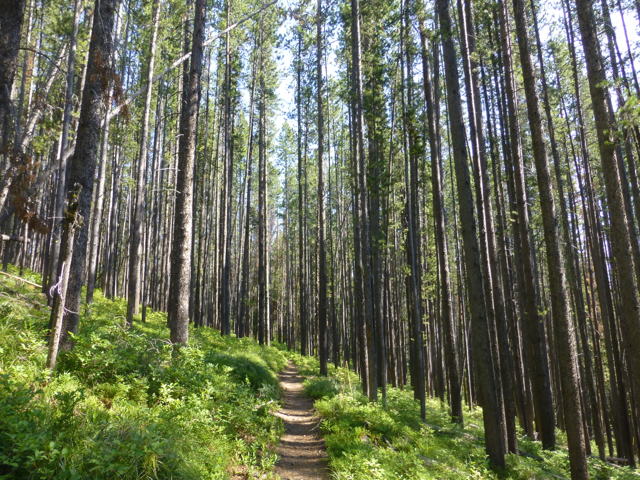 Bloodbath and Rampage caught up in much better spirits(we are all pretty spent) and we hiked together the rest of the day. The climbs continued. As afternoon came, the sun was boring into us and the steepness just went on for what felt like an eternity. Rampage and I were dripping sweat most of the afternoon and our clothes were soaked. Bloodbath isn’t phased by anything, so he seemed fine with it. It took everything out of us and we pushed hard knowing the goal of getting to town. All I thought about was the pink lemonade and chocolate milk I planned to get once in town. That’s also when I made the choice to get a motel room. I wasn’t going through a day like this just to set up my tent in town! It’s difficult to give perspective, but here’s some of the climbs. 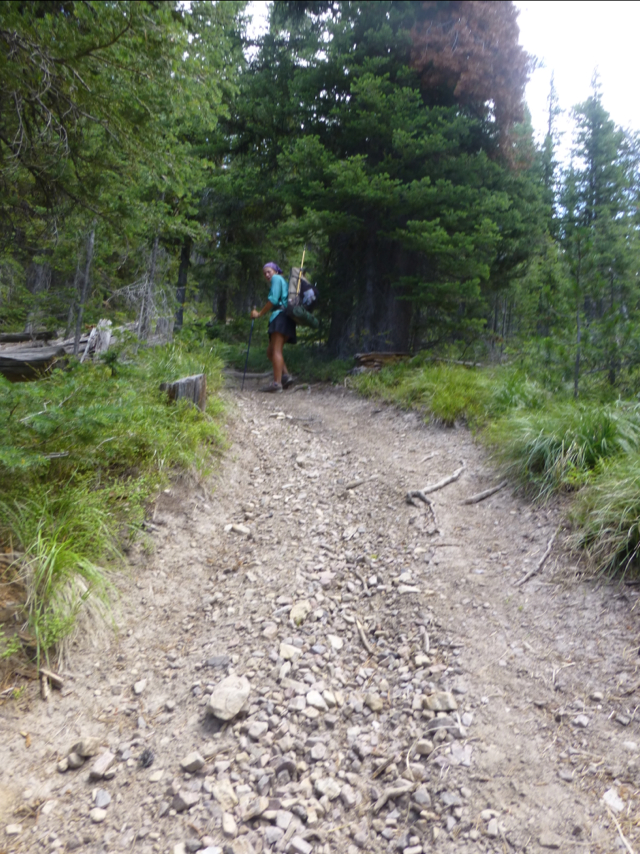 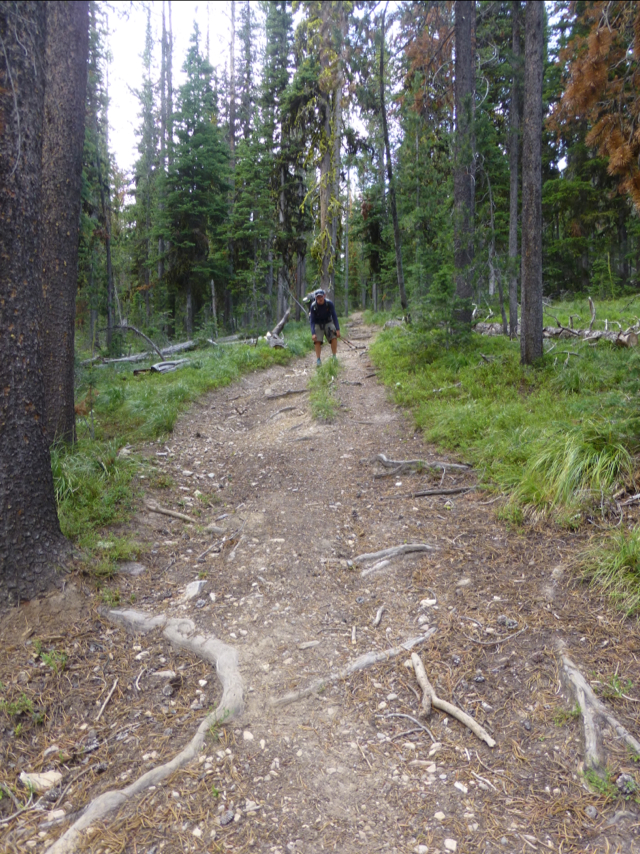 Rampage and I tried to distract ourselves and listened to a couple more hours of the audiobook Gold by Chris Cleave. It’s a novel about two women competing for a spot on the British Olympic speed cycling team. When they are worn out, they say they are “bloody shattered,” so we decided that would be a great title for this blog entry. The final six miles were on a dirt road and we hoped for good grade to make up the time we lost inching up the hills. It was much better and Rampage remarked that she felt like she had woken from a bad nightmare and all of a sudden it was over. The road was level, soft, and shaded! I was so done with hiking for the day that I decided to jog/hike the road as it had a lot of good gentle downhill grade. I just wanted to be done and laying down! 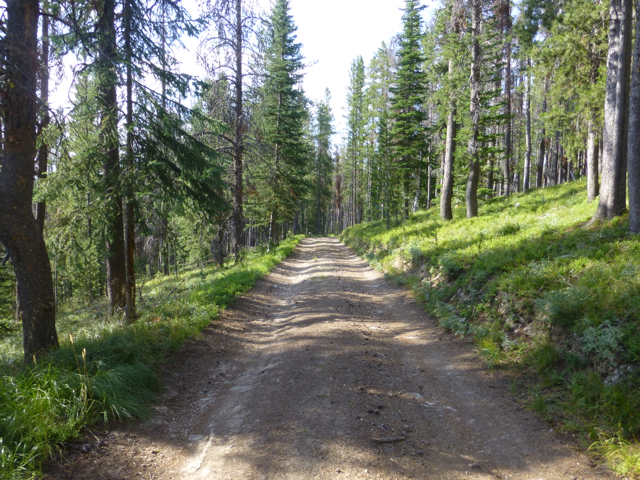 I hit the road about 5:50pm and walked a bit down to a busier intersection and immediately got a ride to town. I was in my motel room (with a jacuzzi tub!) by 6:30pm and I was soooo happy! I immediately went to get my chocolate milk and pink lemonade. 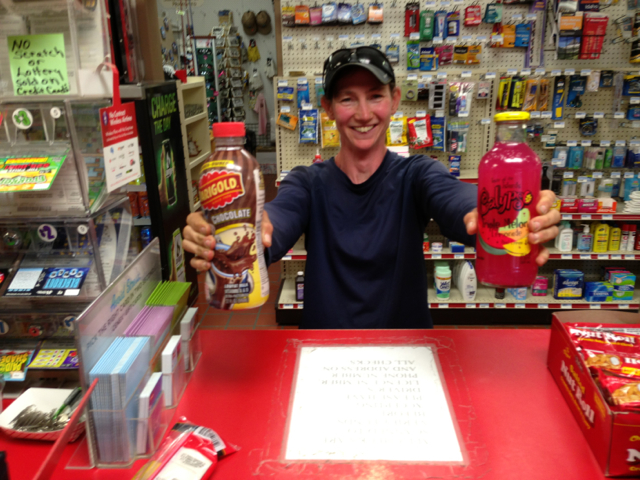 I am now eating my spaghetti Mountain House dinner with chocolate milk in heaven. I’m not even caring that the hot water is broken and I might not get a shower tonight. I’m too spent to care. Next leg I’ll for sure be reducing the mileage and doing more normal days. I’m gonna sleep so well tonight!