Aug 16th
MT Hwy 2/Butte(2382.5)-3mi before Nez Perce Creek(2414.5)
Campsite Elevation: 7,567ft
32mi
I got up at 5:45am this morning after being up til 12:30am loading new audiobooks onto my MP3 player. I don’t think I ever really woke up today and was pretty sluggish and just going through the motions. Dain’s mom is in town and shuttling hikers to the trail, so I got to go first. It was a great relief to have a ride prearranged as it could have been difficult to find someone headed to where I had exited the trail. Thanks to Kathleen for the early morning drop off!
I started hiking at 7:20am and it quickly became apparent that it was going to be hot today. It was unusually hot and was in the low 90s. The first hour or two was on really nice maintained trail that is also used for mountain biking. 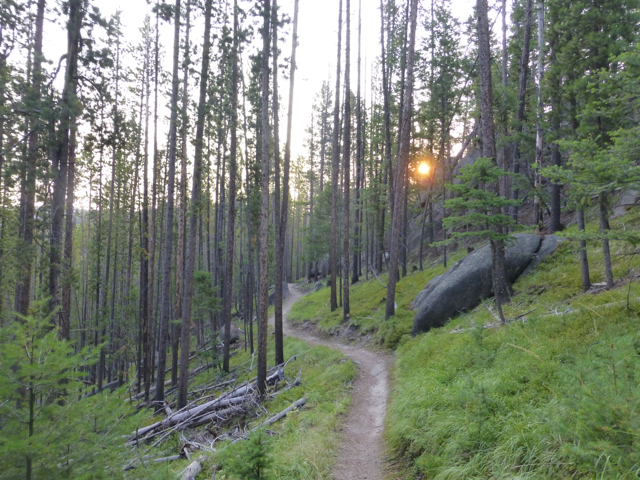 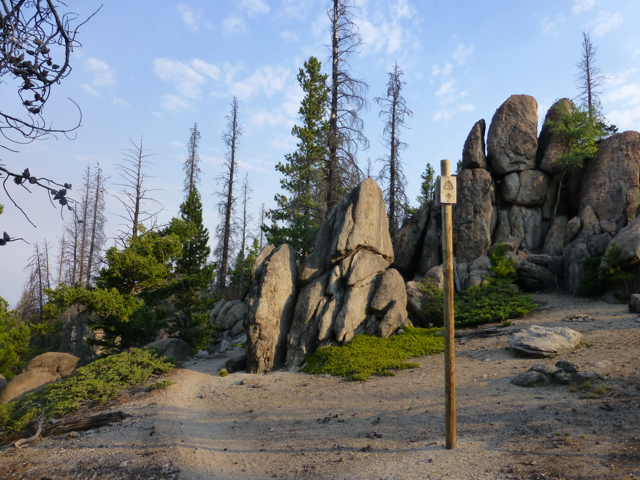 Then I got to this classic sign saying thru hikers need to take the road because the signed trail dead ends in 9mi. 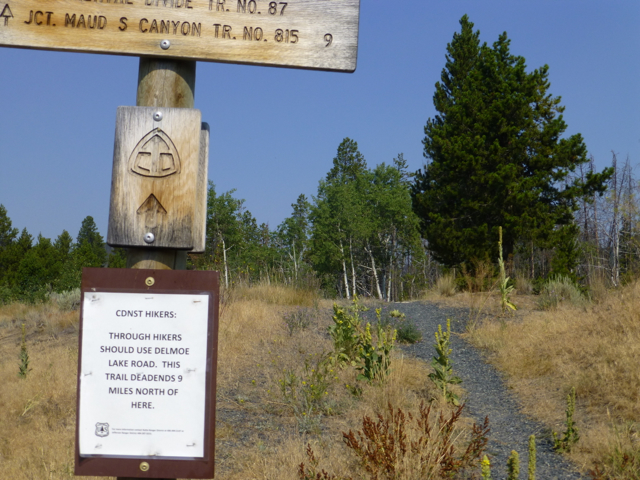 I’ve heard this happens more up here. There is new trail being built, but it is incomplete, so you have to be careful because it is signed as the CDT, but dead ends in suddenly. What’s shocking is that there’s a warning sign. In NM, we didn’t even get that and had to figure it out. The dirt road walking started and continued for about five hours. The sun was pretty intense and that made a boring walk an even more agonizing one. I had to drink warm water all day and just couldn’t get refreshed. 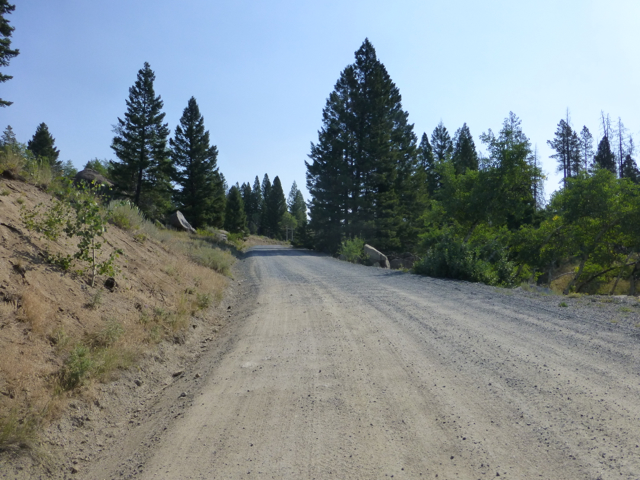 I have good news and bad news on the electronics front. Good news is that my camera has now magically worked for the past 48hrs with all it’s functions! Fingers crossed that it will stay that way because I really want to fully capture the last couple weeks in the Bob Marshall Wilderness and Glacier National Park. To even out this good fortune, my MP3 player that I just loaded all the books onto late last night went out on me after only 15mins of use today! I’ve had this happen with other players and sometimes they return after a day or two. I’ll really be frustrated if the player just breaks and stops working this close to the end of the trail after I just got such good books on there. I only have one of those books on my iPhone and it’s Prodigal Summer by Barbara Kingsolver. I listened to a few hours of it today and it’s good so far, but I was just needing music more to keep me motivated. It was just really boring and the day ticked by on that road.

In the late afternoon, I got back on trail and in the forest and it was such a relief! I was very happy and finally got some energy to hike once in the shade. I finally got to take a StickPic photo because my camera is working! 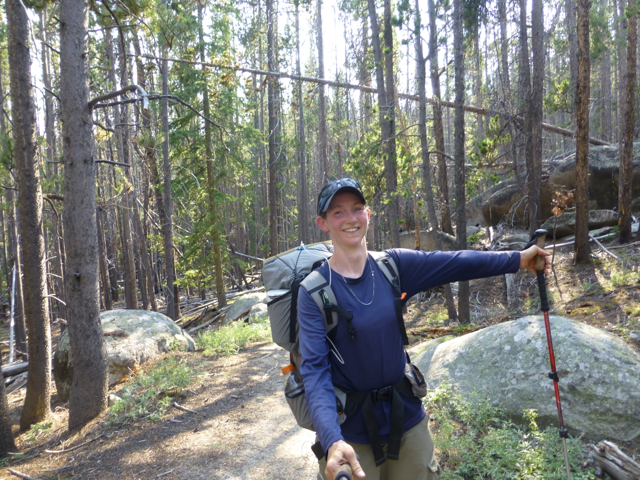 Water was around, but many of the sources were really low or stagnant puddles. Since I’m still near the front of the hikers, there is no one who has posted updated water info. All of us up here just have to take lots of water and be prepared for sources to be dry or undesirable. That’s a pain, but better safe than sorry. 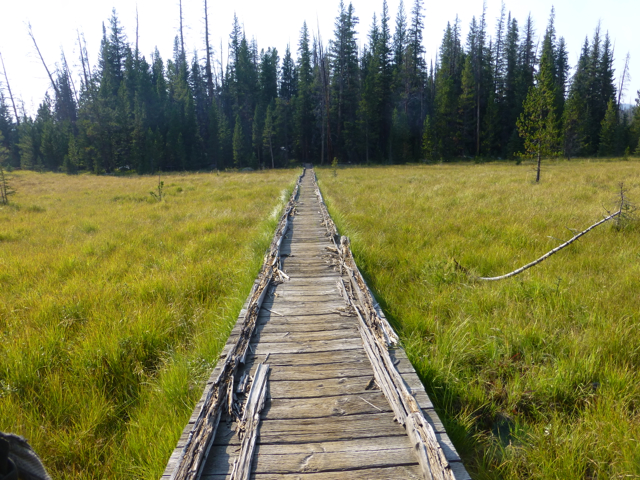 At the end of the day, I rounded the corner to find two hikers cowboyed(camped with no tent)…it was Bloodbath and Rampage! They left town yesterday, but got back on trail a day further south because there are multiple roads to Butte that cross the trail. It was great to see them again and it’s felt much longer than just one leg that we were separated. I stayed up late catching up with them and am journaling an hour later than I usually prefer. This combined with little sleep last night has me dozing off as I type this. I was surprised to see Bloodbath and Rampage and figured they were at least 10mi ahead of me. It turns out that their plans have changed and they no longer need to push as hard as they thought. They are planning to cut back mileage to less than 30mi/day so that they can get to town the morning after I plan to and they can do a “town tag” which is going in and out the same day. They are doing this so that they can save money and sleep on trail rather than a hotel. What this means is that we are on slightly different schedules. I will get up earlier and hike further than them tomorrow and we will end up seeing each other in town. We will be pretty close this leg, but I need to do more miles so I can spend the night in a hotel and get blog stuff done, so I’m getting into town a half day before them. Then we may leave Helena together. Okay, I’m dozing off way too much, so I’m going to sleep. Hope tomorrow is a cooler day and that my MP3 player magically works again!