Aug 27th
Gooseberry Ranger Station(2683.8)-Int w/N Fork Badger Tr(2707.5)
Campsite Elevation: 5,795ft
23.7mi
Today was a tough day for me. It was in the mid 30s this morning and everything was wet from condensation overnight. We only had 24mi to do today, so I tried to sleep in to let it warm up, but it wasn’t going to change. I got going by 7:45am. That’s not a typo, you’re reading that correctly. It’s great to be on such a relaxed schedule and that’s the latest I’ve started hiking all trail. Bloodbath and Rampage were indulging further and were just getting up as I left camp. Not long after I started, there were fresh small black bear prints on the trail. I was on high alert and the prints continued for about an hour, but no bear sighting. The trail was very overgrown and brushy most of the day today. In the morning, there was a burn section for a couple hours. 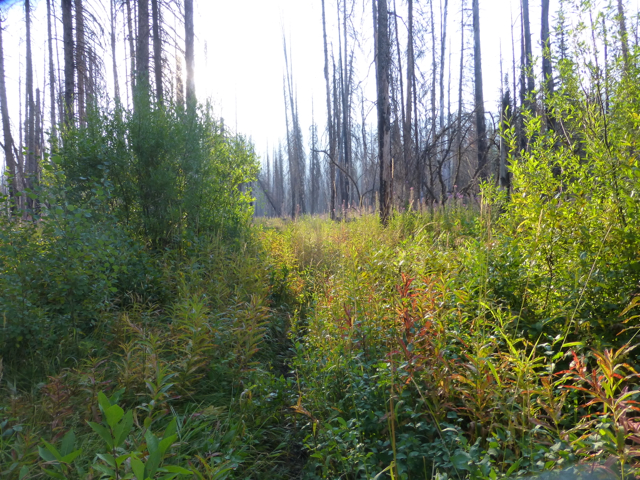 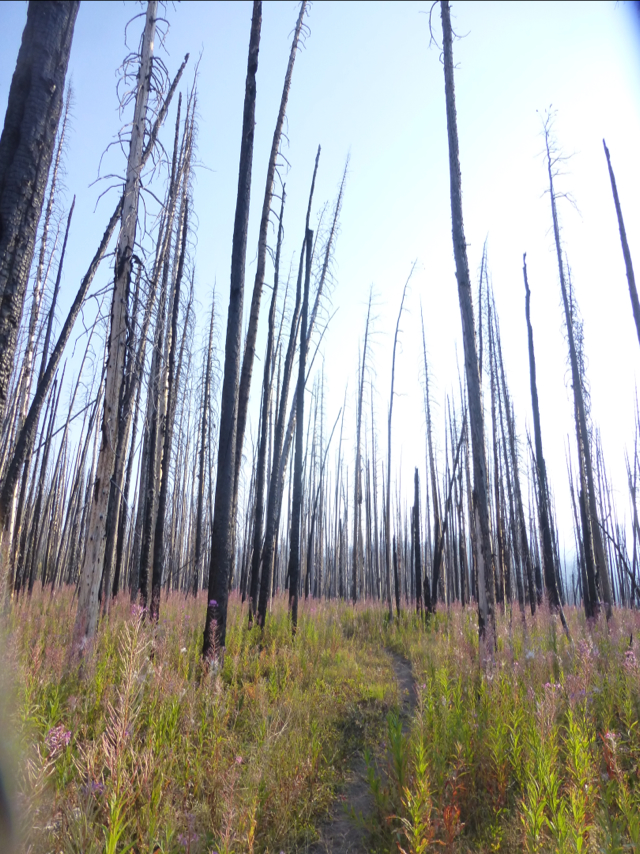 When we looked at the maps, we saw that we’d be low in valleys for the day and we had hoped to have clear views of surrounding mountains above us. No such luck. The majority of the day was spent on the forest floor with a lot of overgrown trail. I am a forest person and usually enjoy it, but today was not at all enjoyable for me. I get claustrophobic easily and it is only worsened by the constant annoying touch and resistance of brush. Here are some pictures to give you an idea of what I’m talking about. You may not be able to see the trail on some, but it’s right there in the center. 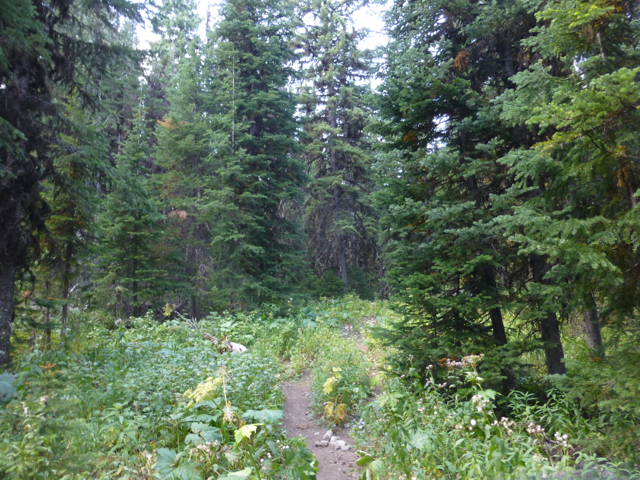 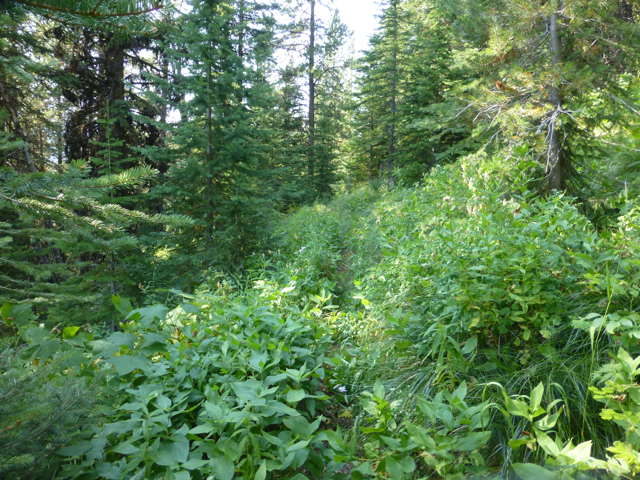 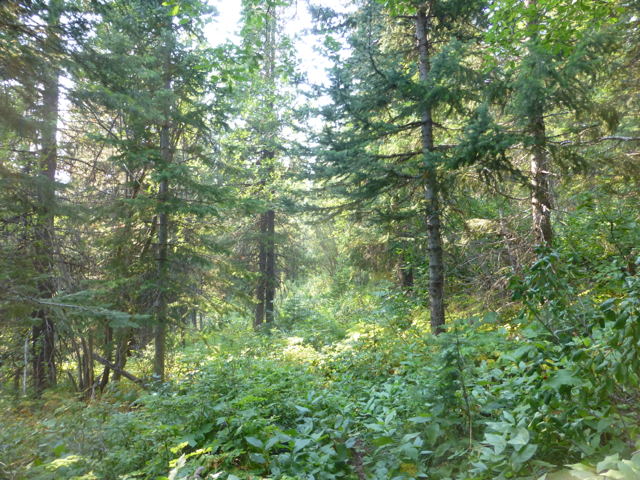 I was really having a tough time with it and the one positive I kept thinking was that at least it was dry. I just couldn’t get over the mental hurdle of it. The constant touching and inability to escape it had me on the verge of a panic attack all day. Those of you that get claustrophobic know what I mean. Once that switch is flipped, it’s difficult to reverse it. I was really anxious, uncomfortable, short of breath, and irritable. I just wanted to scream and run out of it, but there was no escape. I tried to get my mind to view it differently and distract myself, but little did the trick. I listened to music or the audiobook, Empire Falls almost the whole day. 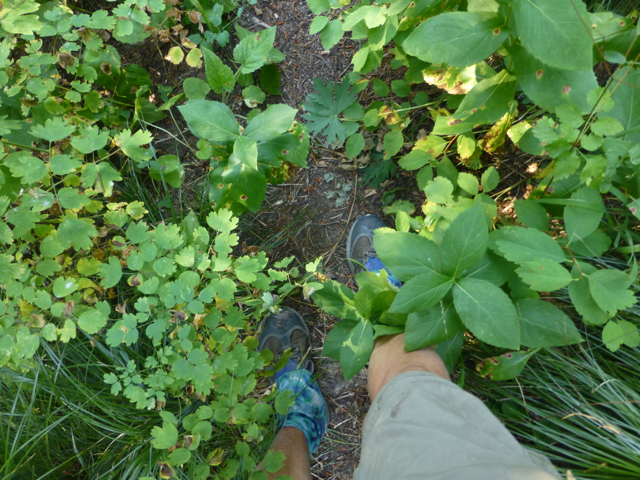 I had lunch at a trail intersection that was open and free of brush and it was a great break! I was able to lay everything out to dry that had gotten wet last night. Bloodbath and Rampage came by and hiked on choosing to have a later lunch at a lake that didn’t turn out to be good for swimming. I saw them as I passed the lake and we had a predetermined camping spot we were aiming for, so I knew I’d see them there. I just wanted to push through the day and get to camp where I could be out of the brush. I got there around 5:30pm and it has been great to camp early! I have hope for tomorrow as the intersection that we are camped at begins a nice wide forest service road with no brush hanging over it, yay!
Tomorrow, we only need to do 25mi to get to a campground at the boundary of Glacier National Park. I haven’t had service for the last four days and tomorrow’s destination is near a major road and town, so I’m hopeful. I’m probably going to get an earlier start so I can take advantage of the service if I get it since I have a lot of journals to load.