Today was a completely enjoyable and relaxing first day. I was awoken by the sound of a drum at 6:40am. At the Hike Inn, they walk past the rooms and lightly beat a drum to tell anyone interested that it is a good morning to view a sunrise. It was a nice way to wake up and start my first official day on trail. My room was warm, but outside it was cold in the low 30s and windy. As I got ready I realized I didn’t have my beanie! One of my ultimate favorite items in life and the only thing I’ve had on all my hikes. I thought I packed it and might have had it in my hand yesterday. I was really bummed, but hopeful that I left it at home. I sadly went out with my down hoodie and watch the sunrise with the other guests. It was nice to see the majority of guests participating so early in the morning. It was a great sunrise and could be viewed from inside or on the porch of the social room they have. 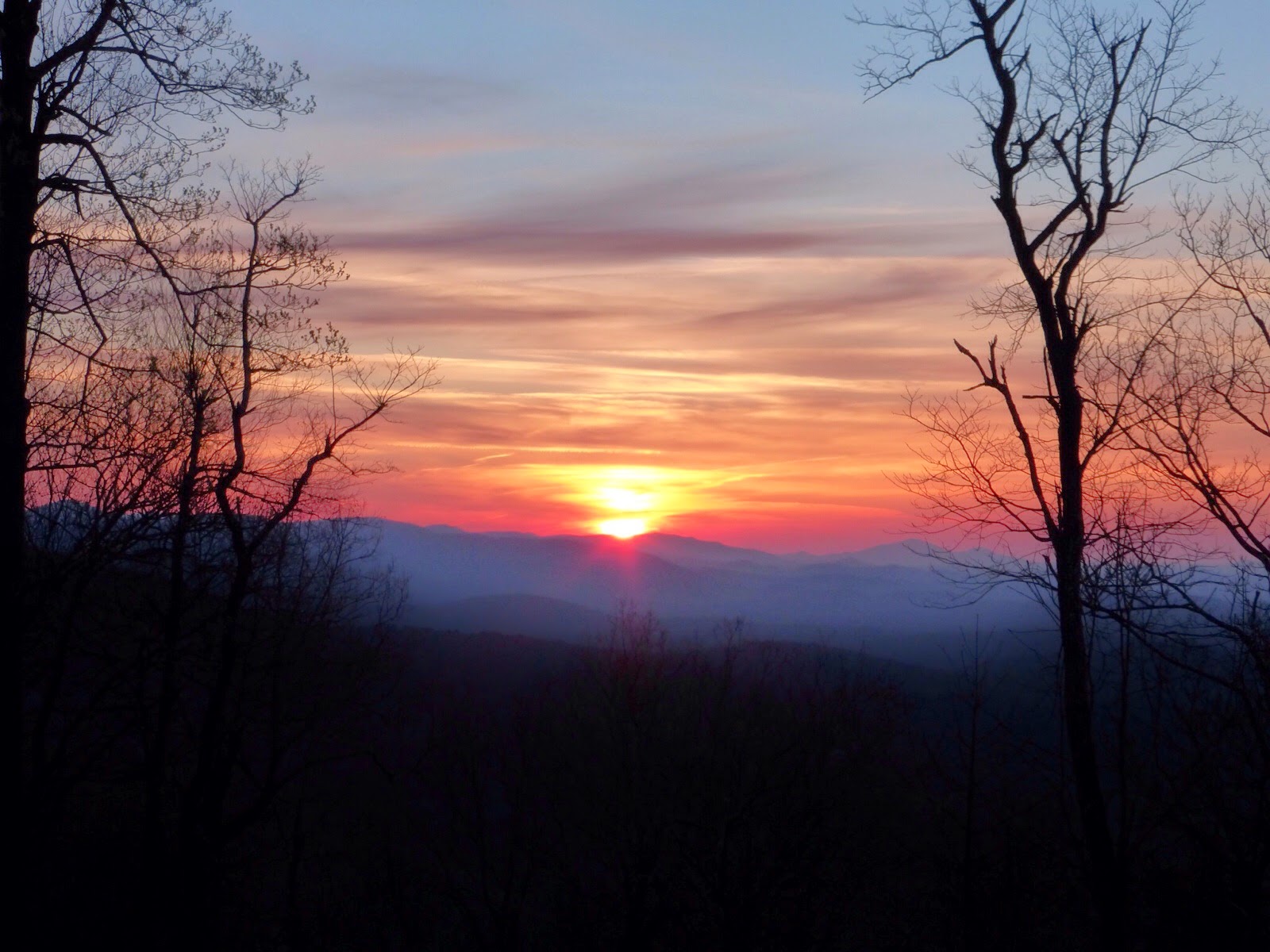 After that, breakfast was at 8am. I wanted to start hiking, but I’m trying to make more of an effort this hike to not be so rushed. I looked around to see if I dropped my hat anywhere and mentioned it to Michelle who gave me Nutella last night. It turned out she found it outside on one of the walkways between the buildings and it was at the front desk! She is my lucky charm! I was SO RELIEVED! With the emotional rollercoaster of the hat and anticipation of starting, I ate little at breakfast. I got on trail at 8:50am and another man was starting at the same time. His name was Mosey-A-Long and he was the quintessential first timer with lots of gear that are all over this trail. He was an extremely kind man who regarded me as ma’am. I’m going to have to get used to that now that I’m down south. He was moving very slow and painfully, but with a positive attitude that he’d just take his time. This was his first day ever hiking and all his gear was new and he has set up his tent once. He was the talk of the trail for everyone that saw him this morning and I really hope he gets the hang of it. I asked if I could get a obit cause it was too classic to have this be the first thru I met. 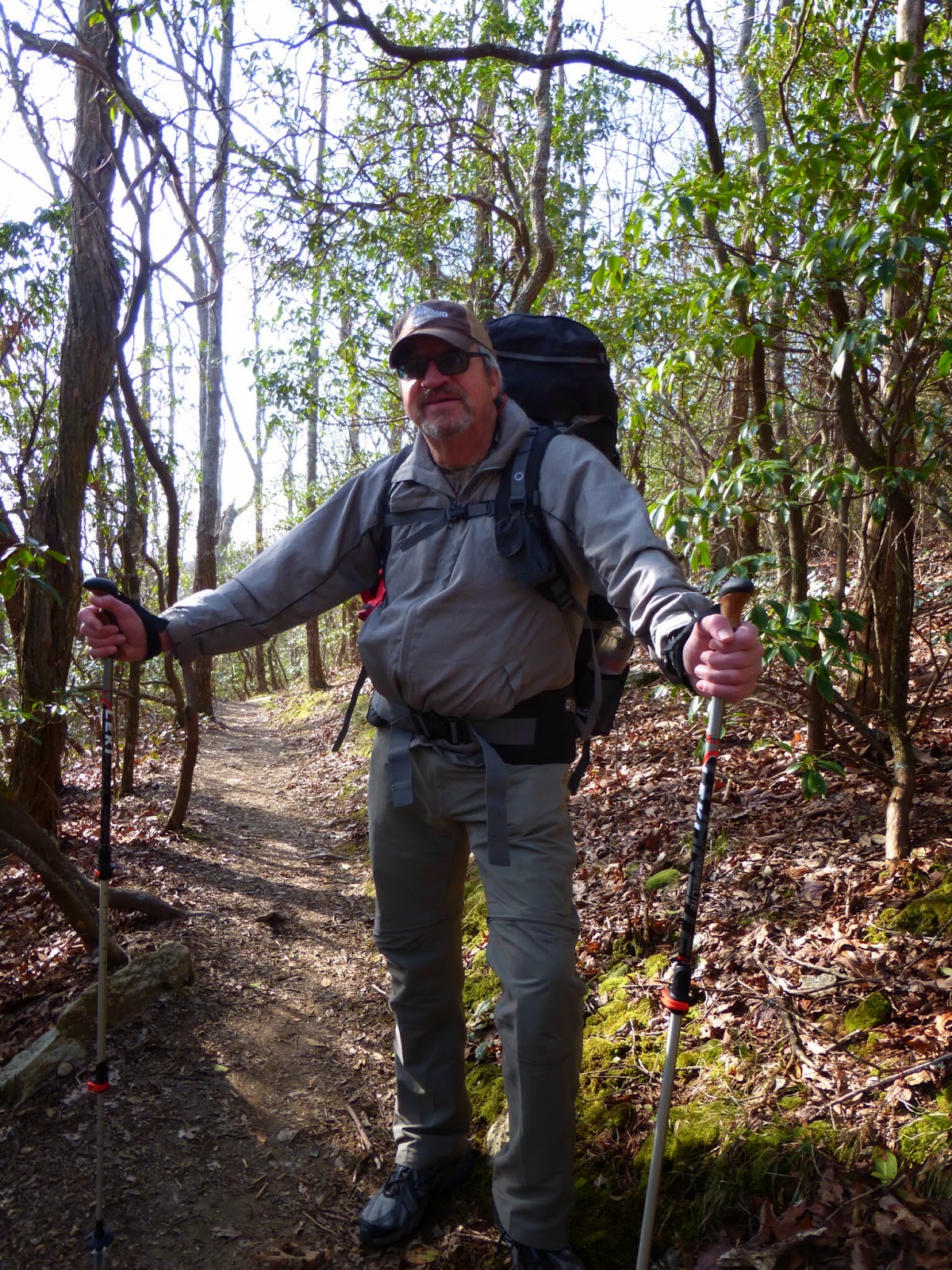 The hike up to Springer went by fast and I was at the start of the AT atop Springer Mtn by 10:45am. Here is the view with Springer ahead of me. 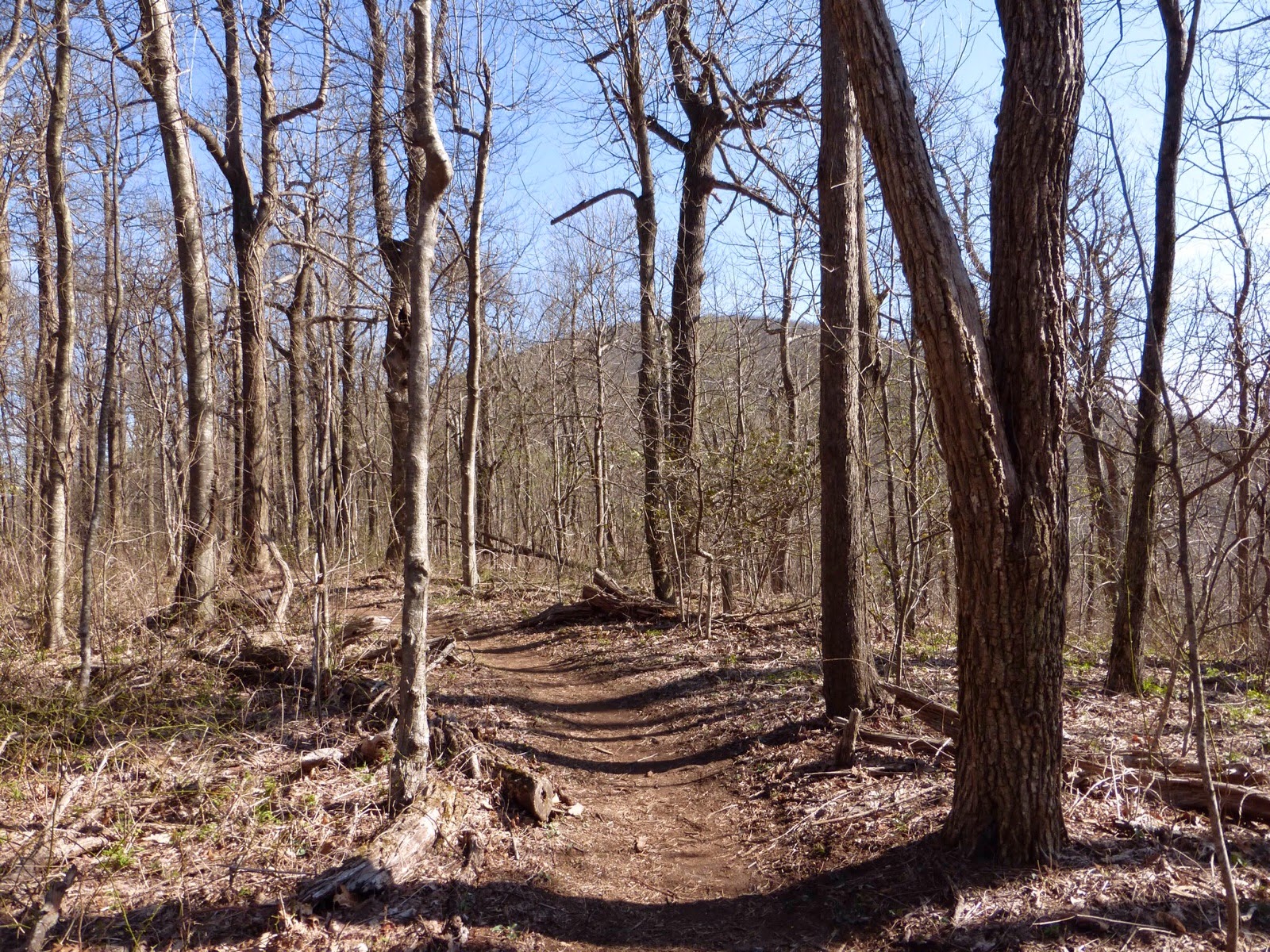 I felt great and the temps were in the 40s, but still quite windy. Still enjoyable though. Many people were up top as there is parking just .9mi from the top. I had someone take some start photos for me and spent time taking it in and getting all the photos I wanted. 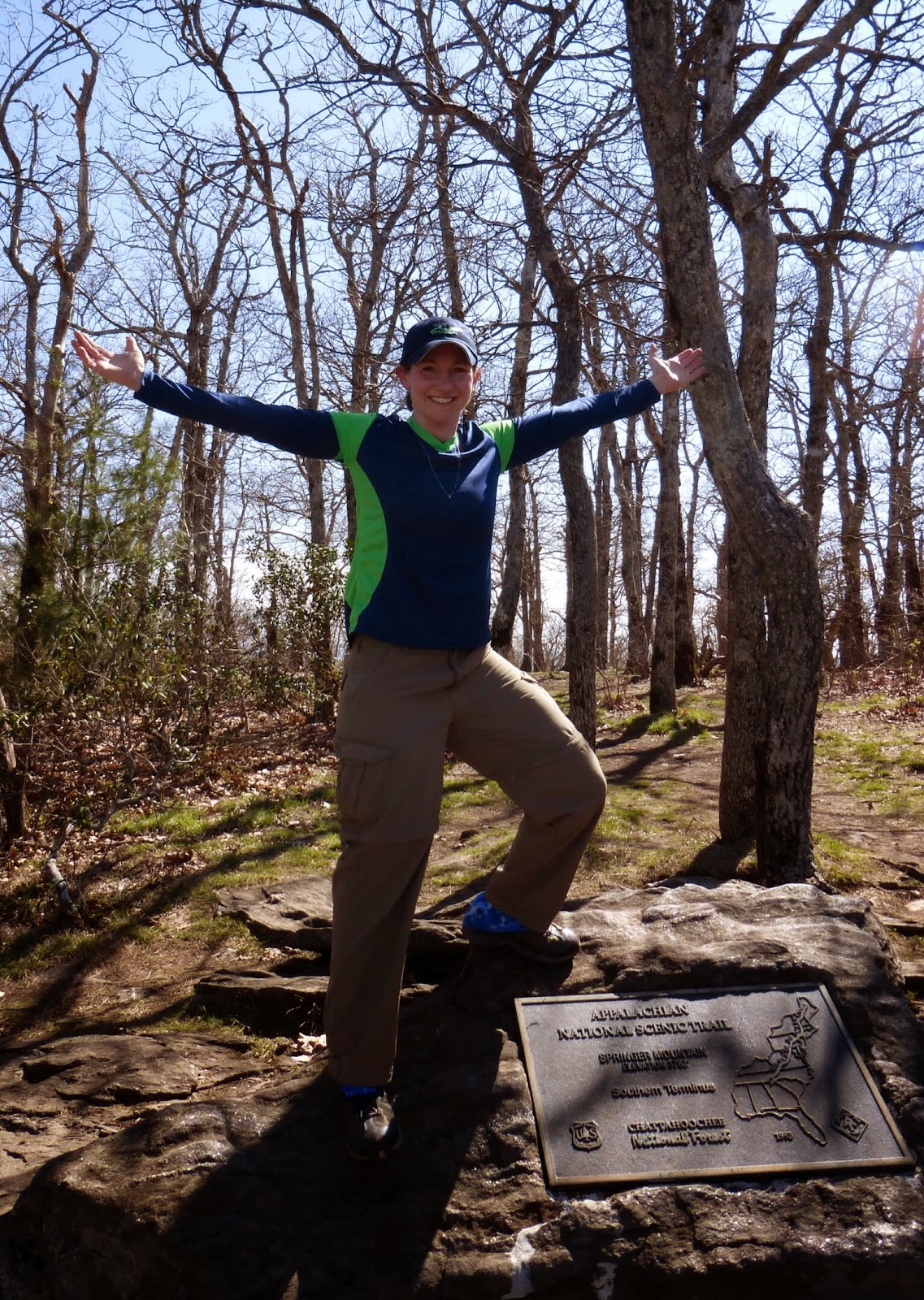 Here is a plaque with the first of thousands of white blazes that will be on trees and rocks to guide the way. 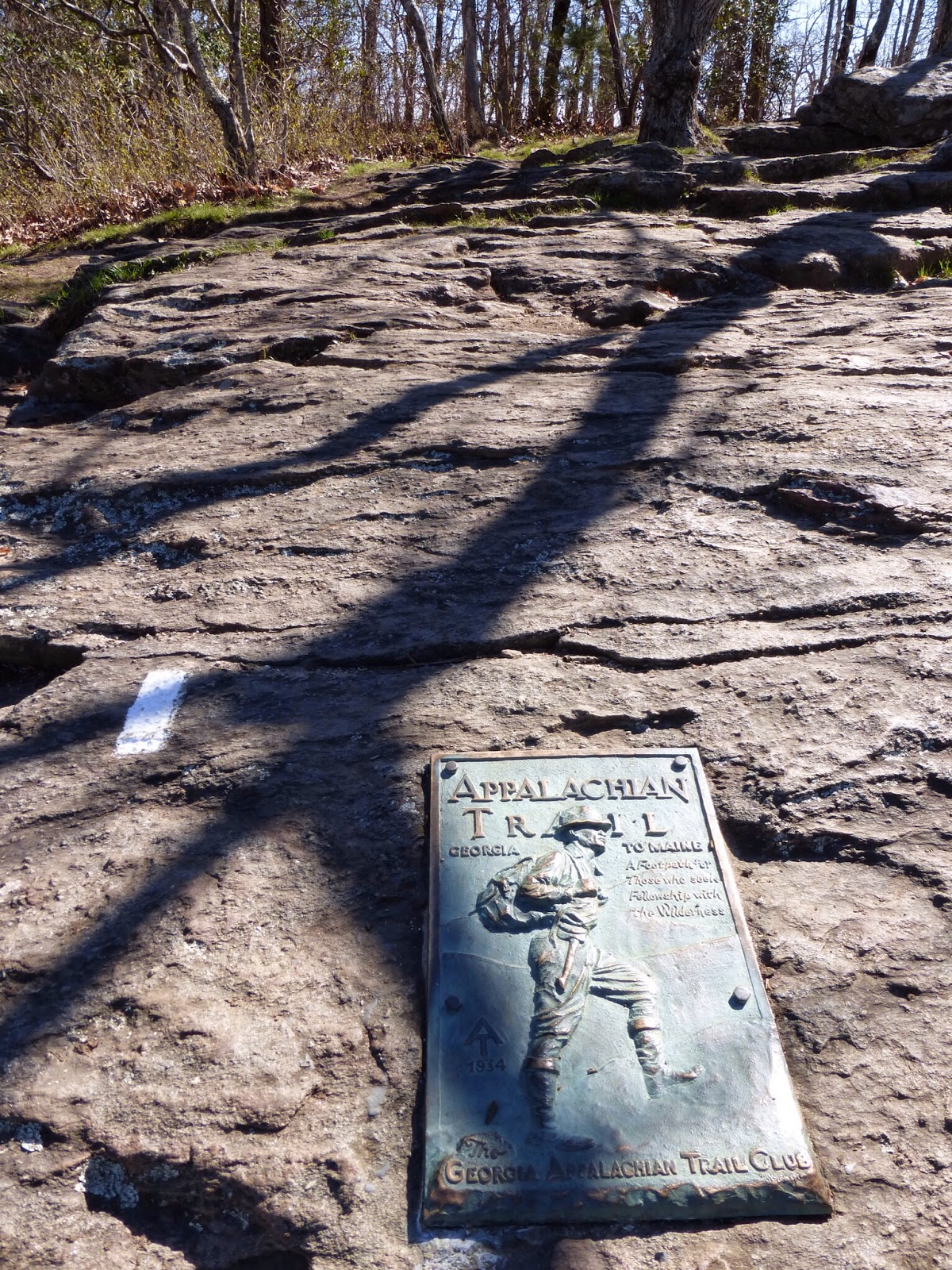 While I was up there many people came and went. One who arrived was the one thru hiker I knew starting the same day as me. His name is Harley(real name) and I noticed on the AT fb page that we had the same start date so we have communicated online. He lives in Washington and did the PCT in 2002. Harley was running on total adrenaline and had started the Approach Trail early in the morning. We talked briefly and I took his picture and he was off. He was pumped and in the zone and we figured we’d leap frog a bit and catch up later. 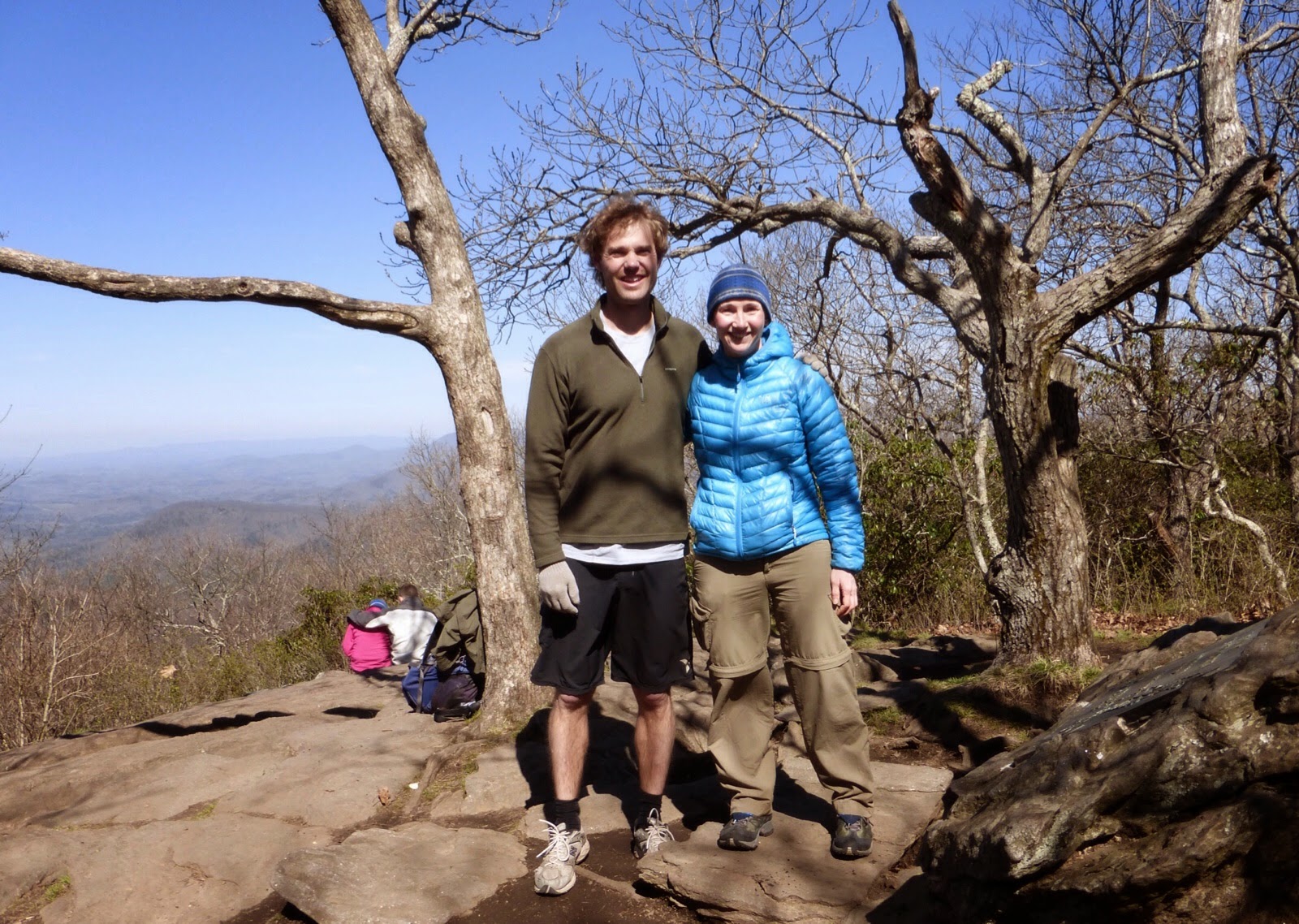 I was talking to someone as I left the southern terminus and forgot to take a video! Argh! I’m really kicking myself on that one. I walked the next few hours on my own seeing people and families frequently both going north and south. There were many crossroads and parking lots and people out for the day. I counted about 40 people that I saw and a few thrus, but I talked at length with few. Around 1:30pm, I saw someone’s legs off trail that was laying in the sun. It was Harley and he had mentioned that he likes extended afternoon naps. I said hi and continued on knowing I was stopping soon for lunch. That’s when I came upon thru hiker Guy who was with his wife and daughter joining him a bit in the beginning. He was the one person today who recognized me from the blog and had known we’d be starting the same day. His happiness was contagious and I enjoyed chatting with him a bit until I got service and stopped to eat a late lunch. I’m having a technical difficultly with the blog that is annoying and is requiring my sister to do something with the HTML that I am usually able to do myself on my iPhone to improve picture quality. She has kids and can’t do the edits til the evening so my posts may be a day or so off until I find a better way. Frustrating, but at least it’s posting.

The hiking today was really nice and rolling hills. Temps got into the 60s and it was perfect. Scenery didn’t vary much, but there were bridged water crossings with nice shots. 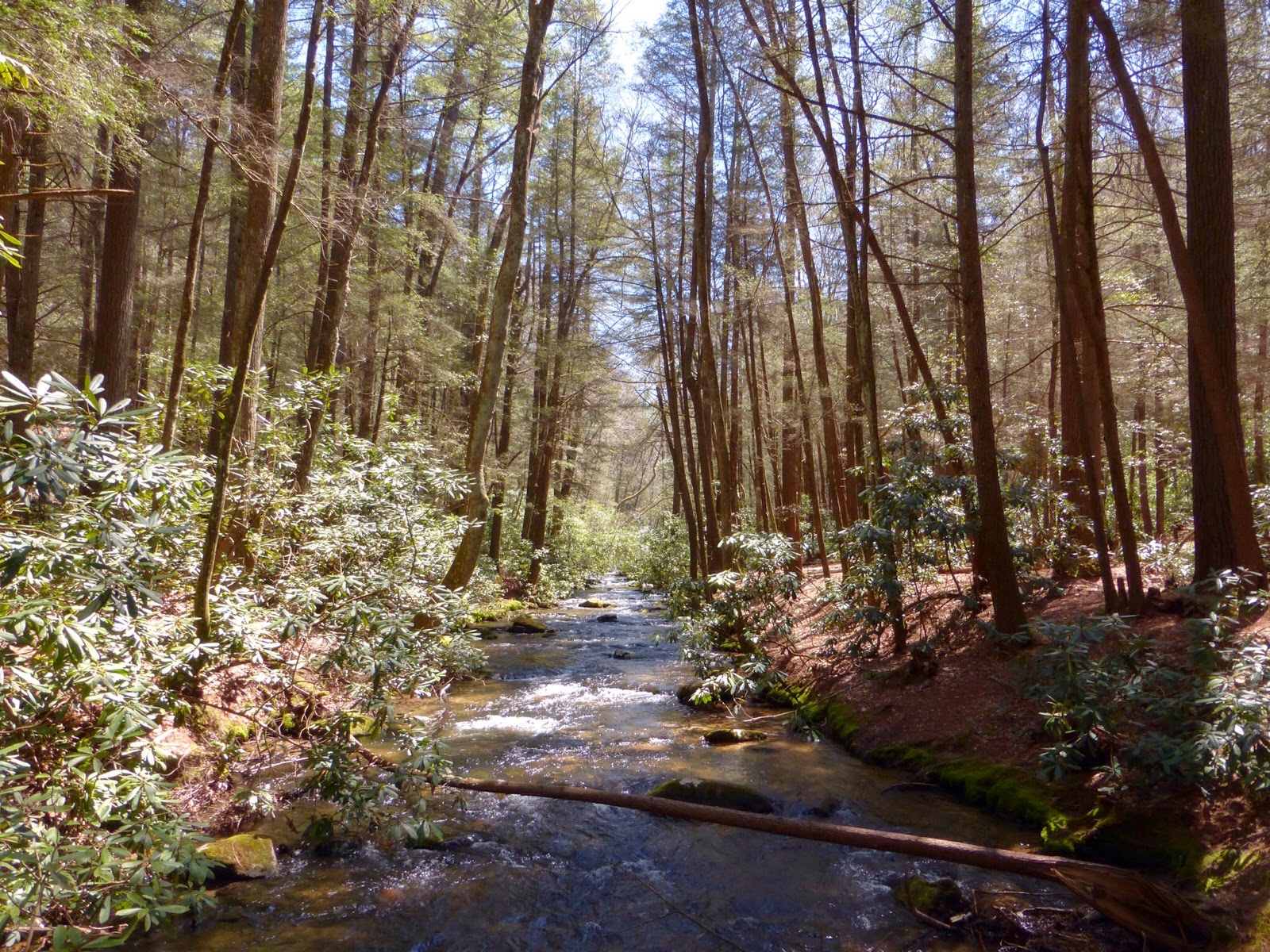 I listened to a bit of an audiobook I’ve been excited to listen to. It’s “The Fault In Our Stars” by John Greene. I’ve heard great things about it and the movie comes out in June, so the trailer is available to view online. Harley caught up soon after my lunch and we hiked the rest of the day together. It was a great way to end the day. Harley is a personal trainer on an Indian Reservation in NE Washington where he lives with his wife. He has written three books you can find on Amazon about thru hikes and cross country biking. He plans to write one about this experience too. We figure we will leap frog some, but he has a schedule to finish the trail in 3.5mo. We got to Justus Creek at 6pm and decided it was a good time to stop for the first day. I chose to hike up to camp spots 100yds away from the creek where it was warmer and drier and Harley stayed lower to be more secluded. It is a perfect site and four others are camped just below me. Two are thrus named Big Chief and Sean. Others are weekenders. Beautiful spot! 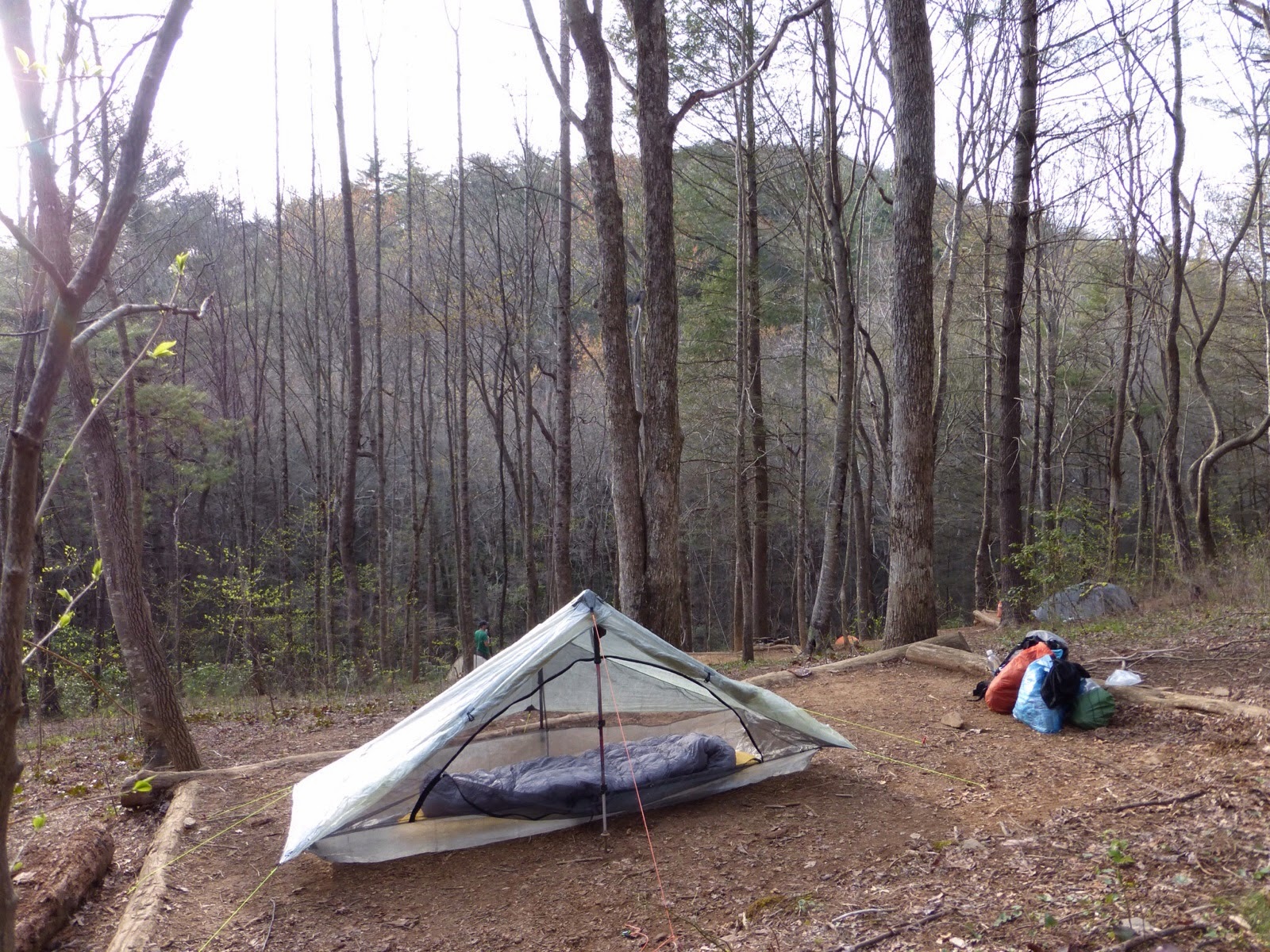 Guy made it up and is camped with his daughter (his wife was joining for the day hike). I love Guy! He’s 66 and loving life. He is going to rock this trail and has followed journals and studied the trail for years. He is retired and was in Air Force/NASA/Education/Administration careers. Here he is with his tablet and phone and is attempting to keep up a journal. Look for him at www.trailjournals.com/guy. 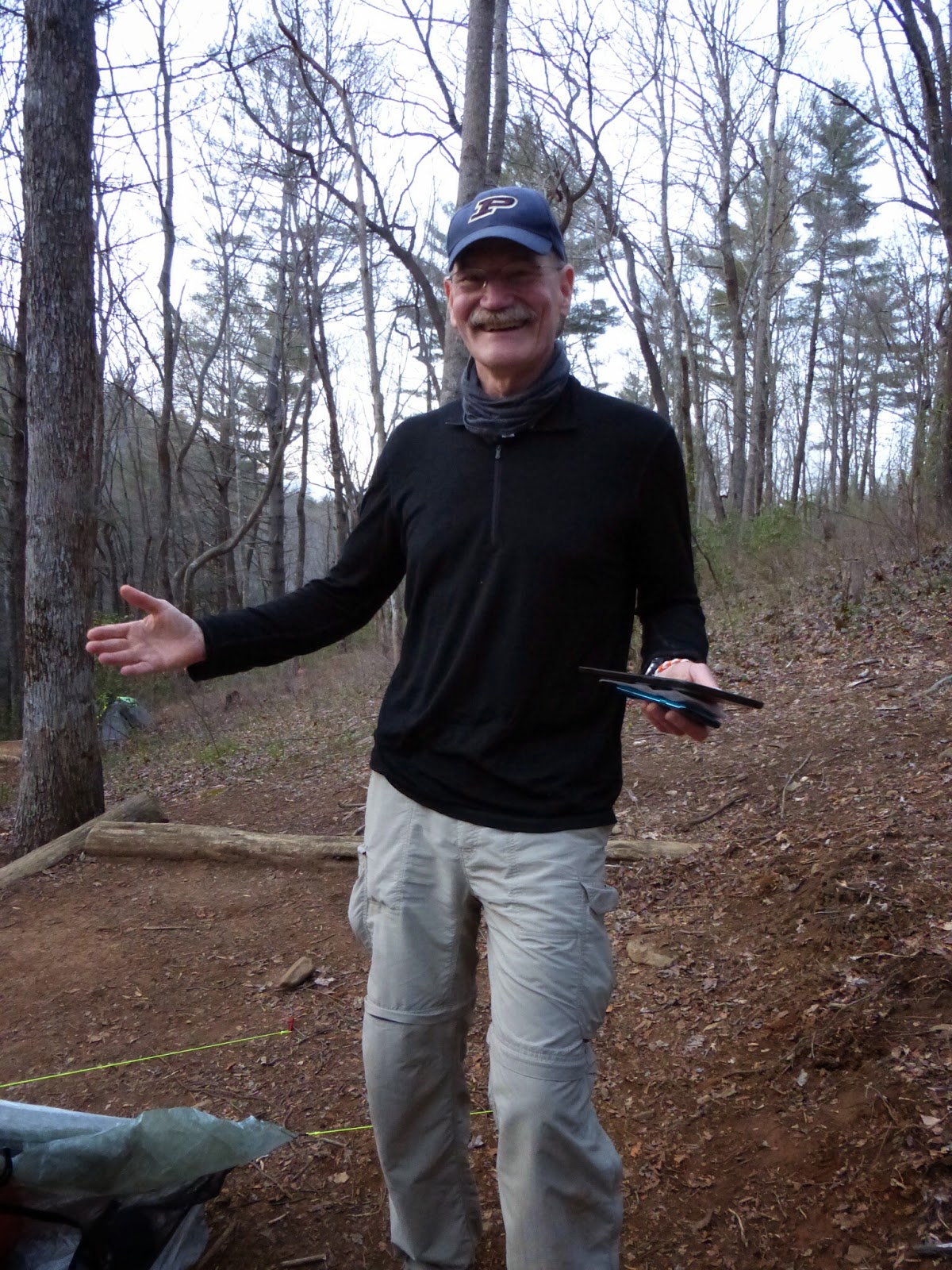 So today was great. I know these early posts will be long. I want to really give a feel of how the days go so I hope you are enjoying them! The AT is to be appreciated as a social trail and I want to be open to experiencing it as such and sharing that.