I don’t think my stay in Hiawassee could have been more perfect! I got caught up on everything and didn’t feel anxious or stressed. The key seems to be that I get a solo room and stay focused doing the most essential tasks first so they are out of the way. There was a 9am shuttle taking hikers back to the trail so I didn’t set an alarm. I still woke up early enough to indulge in watching the season finale to Parenthood and half of the most current episode of The Mindy Project. Subway was right next door and I found out that they do breakfast, so I did that and also grabbed a 6″ to take on the trail for lunch. Superfan Kevin kindly gave me a giftcard, but the machine at the store was having trouble with cards. As I was offering to return later to pay, a man in line asked if I was doing the AT and then offered to cover my meal. Seriously, people have been SO NICE! Thank you whoever you are! That sandwich at lunch today was great!

I was dropped off at 9:20am with two other hikers who have been hiking together named Hob and Double T(Thinker Tom). As soon as the shuttle left, Hob realized he had left his hiking poles in the van. He told Double T to hike on with me and he’d meet Double T later. I spent most of the day with Double T and it was really nice to overlap for the day. Double T doesn’t usually hike the pace I do, but he’s been in the Army and liked the challenge for the day…well most of the day. 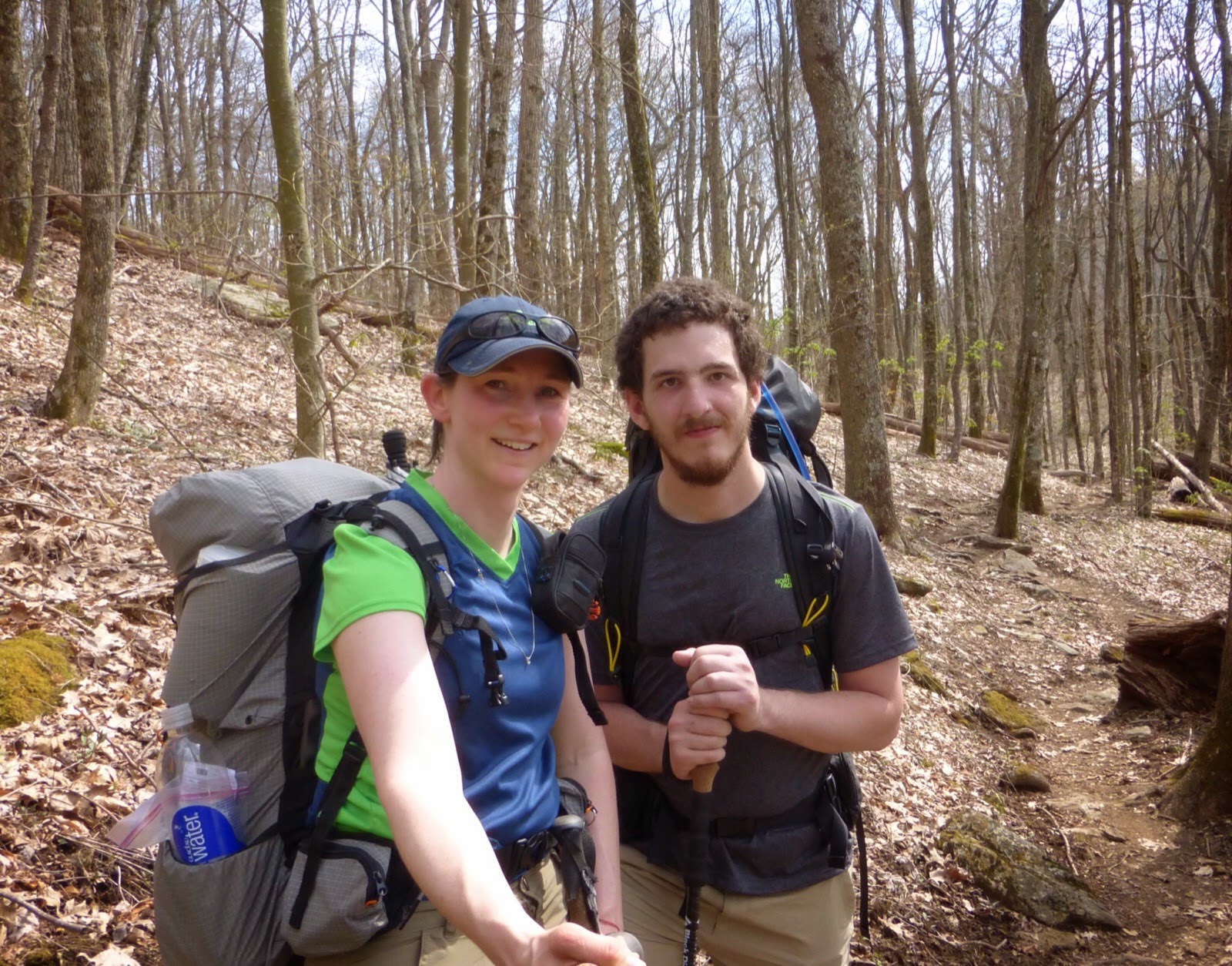 Early on, we saw Coyote, who I overlapped with the other day, and Floss who I’ve overlapped with the most out here, but very briefly each time. We seem to do about the same mileage on different schedules so we tend to hike past each other while the other one is stopped or camped. He seems to enjoy solo hiking, but I wanted to give a picture since we have been overlapping so much. 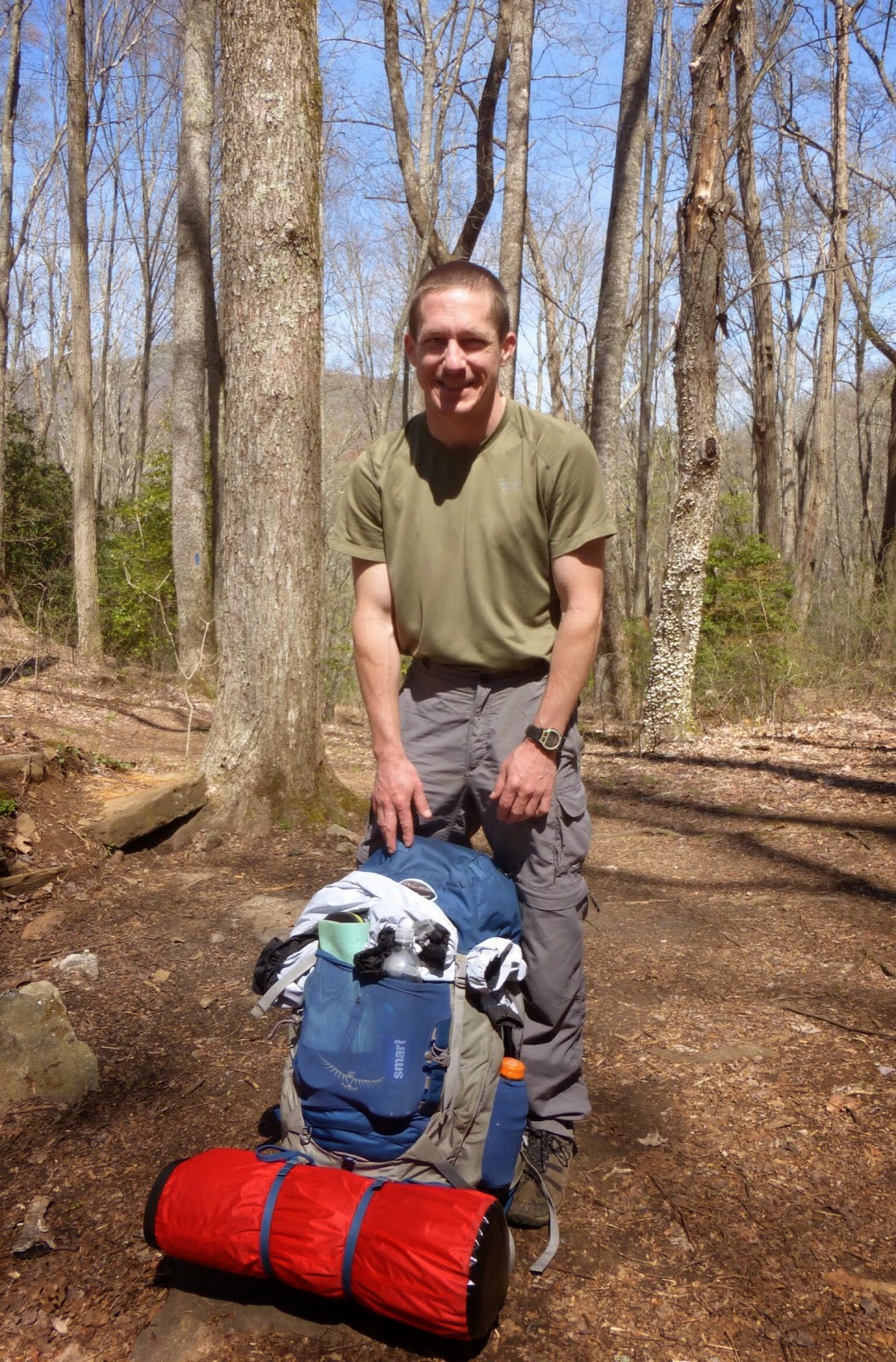 By noon, we hit the North Carolina/Georgia border and that was fun to already be in a new state. I like this aspect of the AT. Tennessee may be tomorrow and then the trail bounces back and forth from TN to NC for awhile. 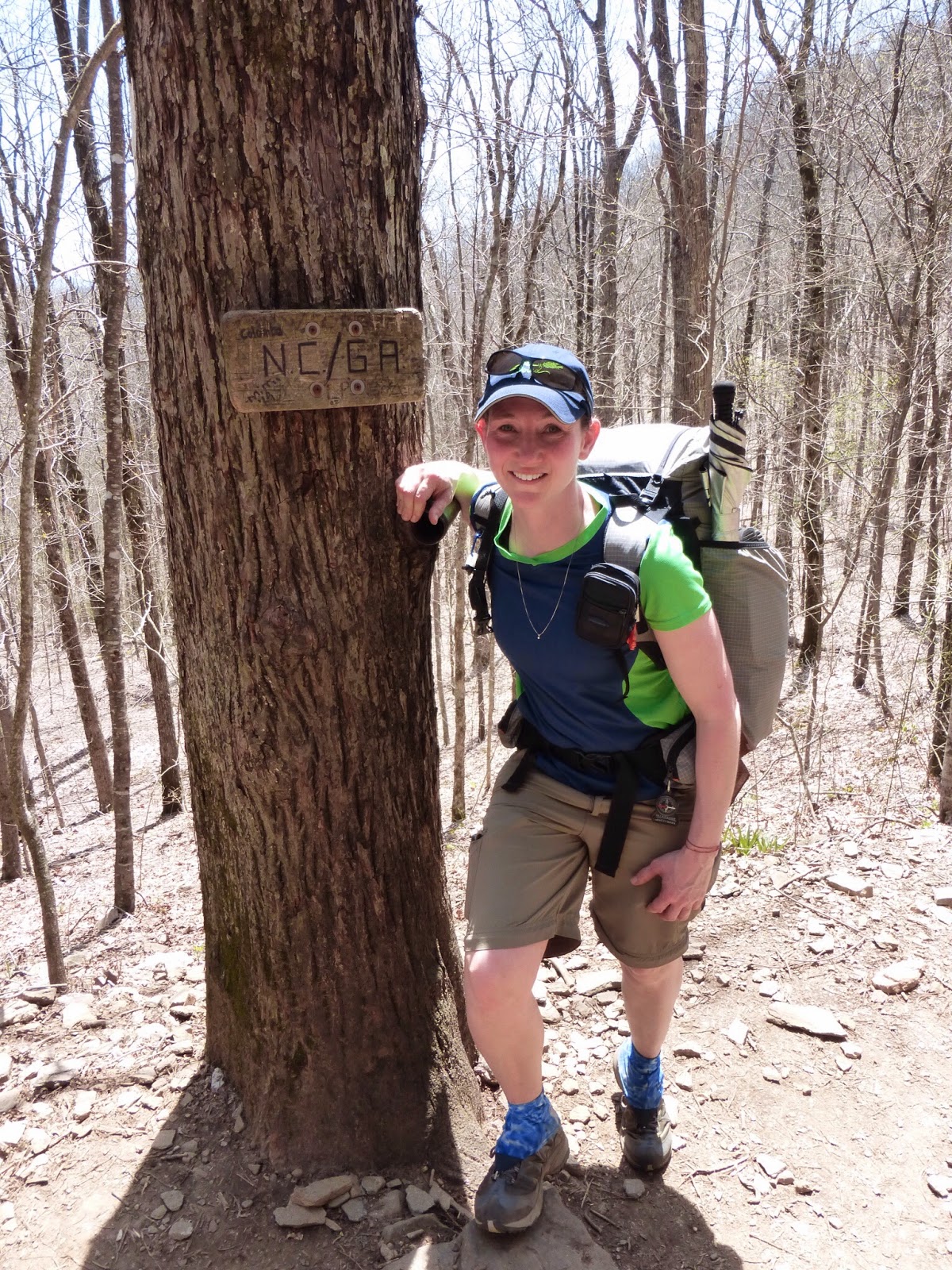 Then right after the border was this tree that we had all heard about that stands out uniquely among all others along the trail and hikers take photos with. It is right in the middle of the trail! 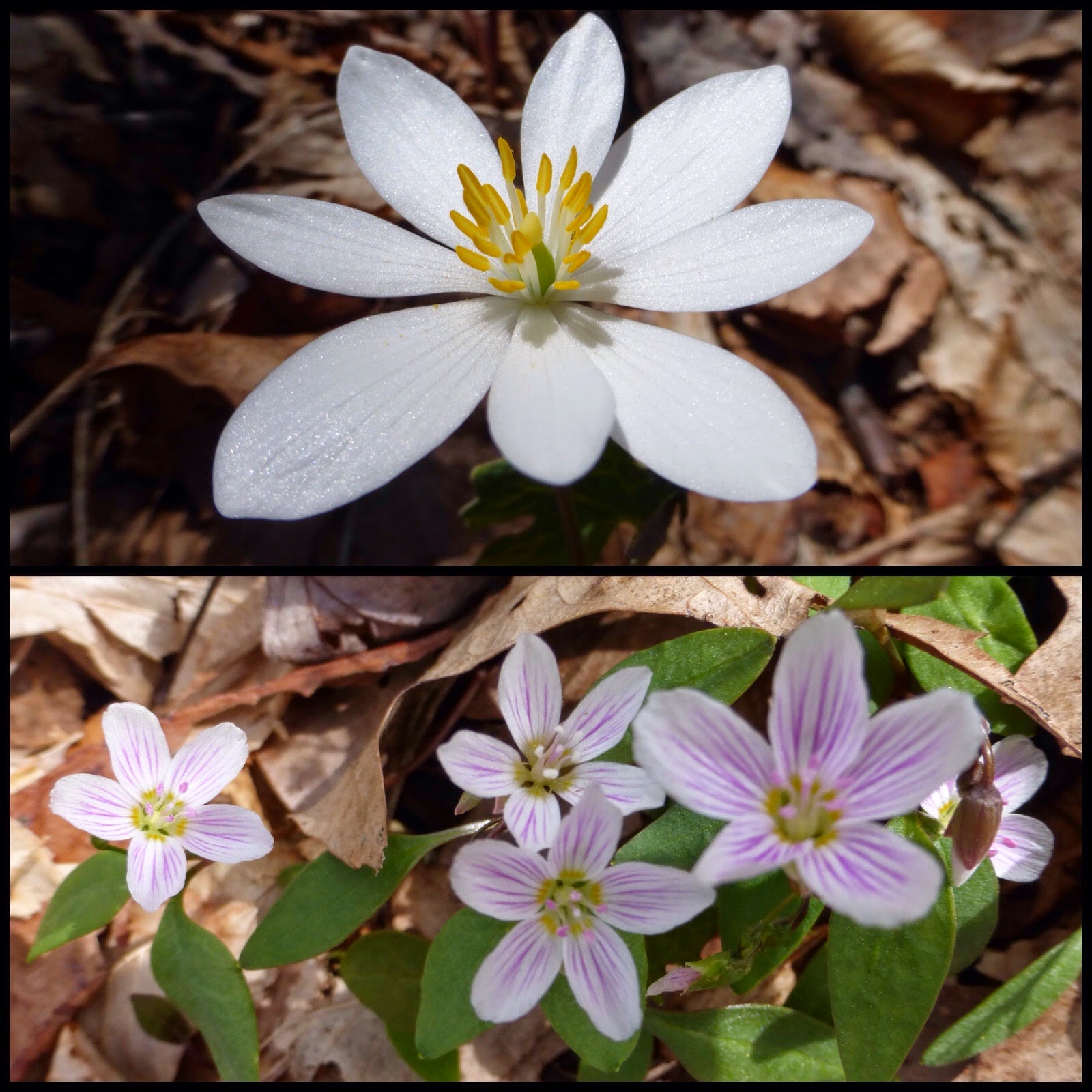 I heard North Carolina was steep and rocky and that was surely evident today. 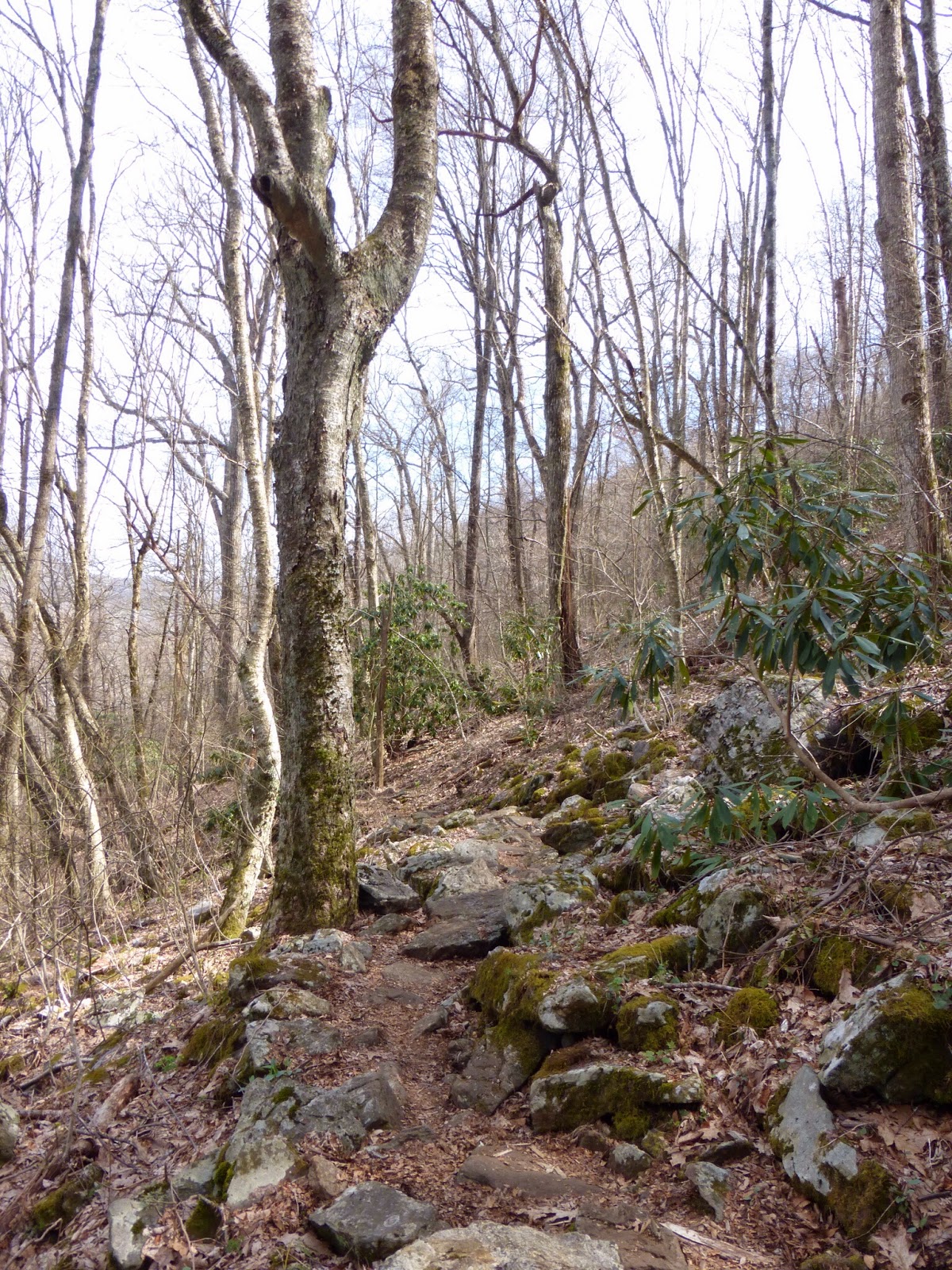 There were two specific climbs that were the steepest yet and we enjoyed attacking them as best we could. I feel the burn in my legs on them, but I’m surprised that I’m not short of breath and can even maintain a conversation. This is not common and I’m so thankful that my body seems to have some muscle memory or something. Surprisingly though, much of the day was more of a level or gentle up or down. The best part was at the top of the steep climbs, it would level out and we’d be shaded by a tunnel of Rhododendrons. 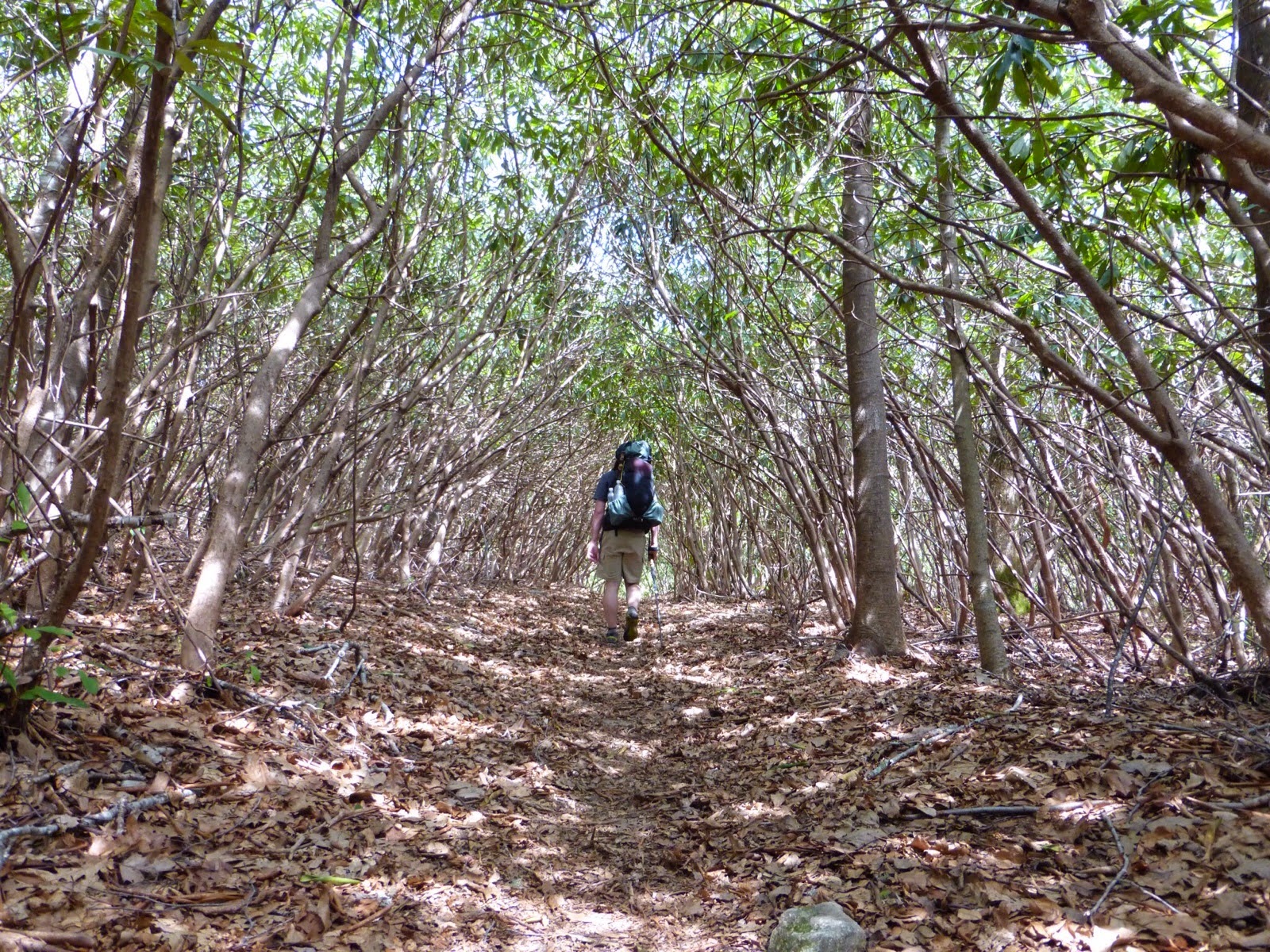 Towards the end of the day, Double T knew he was stopping at a shelter to wait for Hob and we separated. I put on my headphones and cruised to the highest point yet, the top of Standing Indian Mtn at 5,498′. It was a bit hazy, but a nice view.

I got to a campsite at 6:20pm and as I had guessed, Sparky was there. We camped together two nights ago and kept in touch figuring we’d have one more chance to overlap after I went into town. Again, I’m a fan of Sparky and I suggest his blog SparkyHikes if you’re looking to follow another hiker. This is his first thru hike and he is planning more common mileage than me, so his journal is a good representation of many of the hikers out here. Many others were also there and I got to see Timber and Beer Hunter who I first overlapped with yesterday morning. I really like them and Beer Hunter helped me with the flower identification which I may have messed up above. Also there was a couple I haven’t met, Hannah and Mad Science. I have a hard time remembering all these names! It was an enjoyable night with all them. 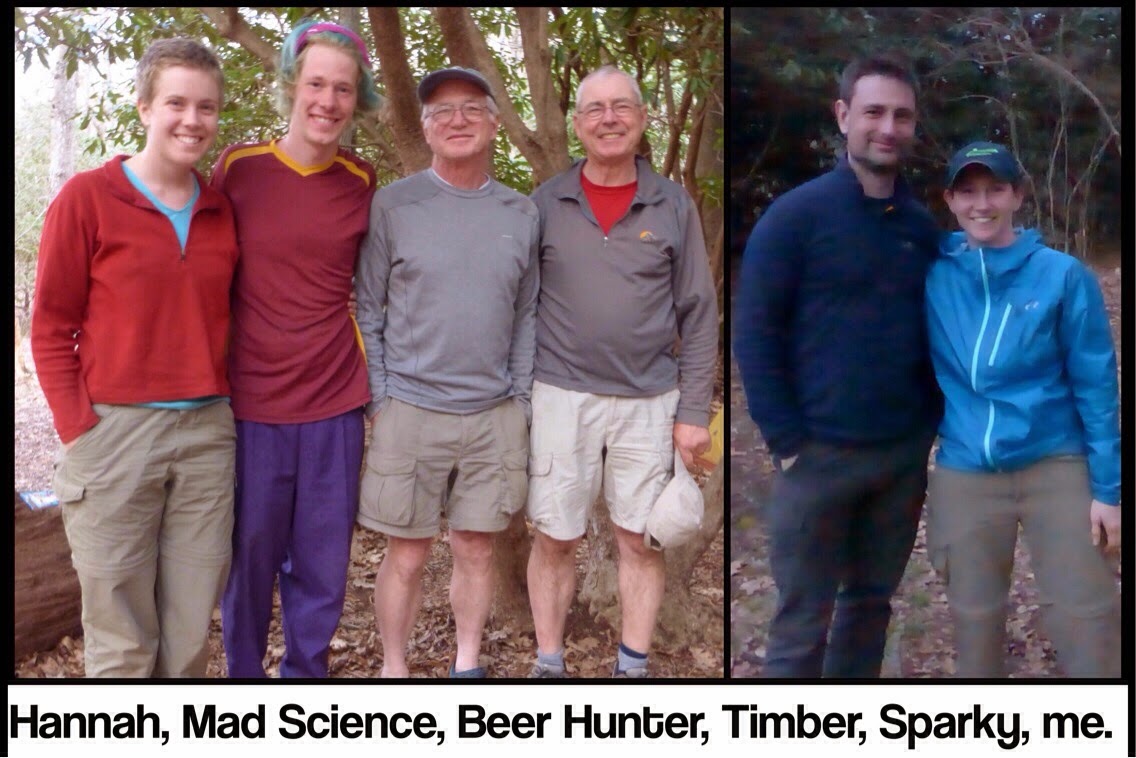 After tomorrow morning, I may not see most of them again, but it’s been nice to see familiar faces. Oh yeah, I slept funny on my neck apparently because I had a pretty painful strain on one side of my neck all day that I hope goes away sooner than later. Thunderstorms are expected tomorrow!