I got going by 7am this morning. Anyone who has read my blog on pervious trails knows that I tend to get knocked down a notch a couple days each month when my period comes and sometimes even get sick from the pain. I’m real open about it because it’s part of hiking and how I’m feeling. Well, I was prepared for today to suck with bad cramps as usual. I don’t like to take medicine and avoid it normally. My usual attack for the cramps is ibuprofen which can dull the pain a bit. Well, today my life was forever changed thanks to a little blue pill. Diana who hosted me for my zero the other day is a nurse and she introduced me to Naproxen. I’ve never heard of it, but it’s now changed my life! Just one pill in the morning and one at night and I don’t have my cramps! I still have the other symptoms of cold sweats, the feeling that goes through my veins that makes me not want to be in my own skin, and general lethargy, but I no longer have that fist sized pain of a drill going into my uterus that really exhausted me. I actually felt like jello all day. Diana said it’s a non-steroidal anti-inflammatory (NSAID) that’s similar to Aleve and others like it, but the best for muscle aches…which is the uterus in my case. It was a weird feeling, but better than cramps that’s for sure. When I’d take my pack off I had that weird floating feeling like when you press real hard with your arms in a doorframe and then step out. That’s why I’m calling it my jello day. I still feel crummy, but not as painful or exhausting. Thank you to Diana for changing my life big time!

As for the hiking today, it was pretty uneventful and thankfully less strenuous. I realized last night that I could make it to town tomorrow night if I did about 27mi each day and with the easier elevation chart that could be done without much more effort than I’ve been doing. I know it’s an anomaly to be doing this mileage on the AT, but I honestly don’t feel like I’m pushing. I’m not setting an alarm and am just waking up energized around 6am each morning. I tend to be on trail by 7am and I like to hike til sometime between 6-7pm. I’m surprised I’m not sore or tired at the end of the day. It’s just what happens and I still have time to relax at the end of the day, journal, and possibly watch a show. That’s how I’ve hiked my other trails and I enjoy it. Life is good! About 5 miles into today, I came to a shelter with a TON of hikers there. There had to be around 30. It was like walking through a corridor of tents. Most the hikers were the young grungy type and I later found out that it may have been one bulk of the herd. Here’s a shot of the tents along the trail. 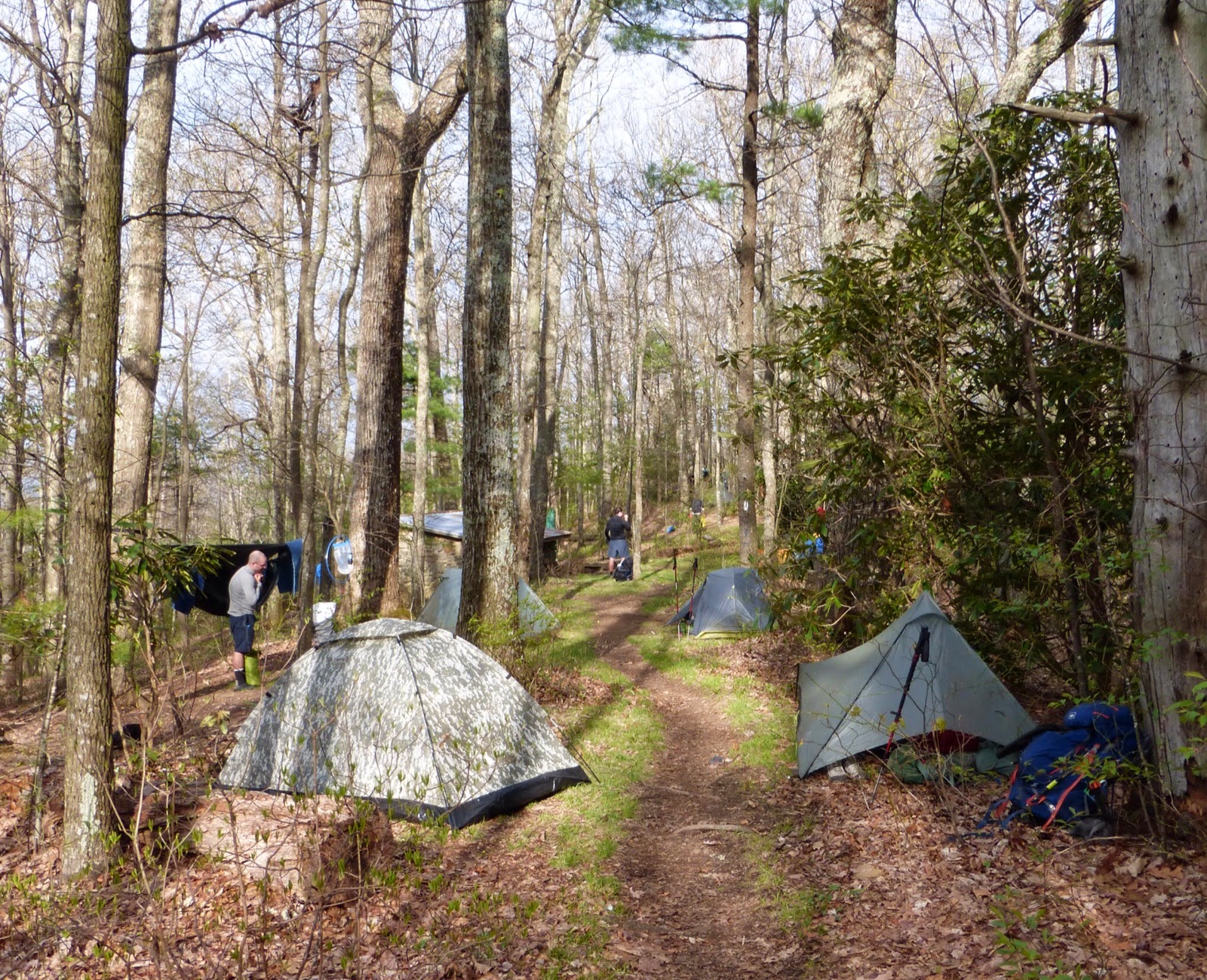 I’ve had questions about the water sources out here and I’m impressed so far. There’s water so often I only need to carry a liter or less at a time and there’s usually a source within 5mi. I use a Sawyer Mini Squeeze filter that most hikers out here use too. It’s worked great and many of the sources could probably go untreated as many are springs right out of the ground. Most sources have PVC piping to make it even easier like the one below. I’ve filtered most sources as a precaution, but I know some who hardly filter any of the water out here. I really didn’t expect such nice clean sources. I the example below, the water is pink because I had put some Raspberry Lemonade Crystal Light in it. 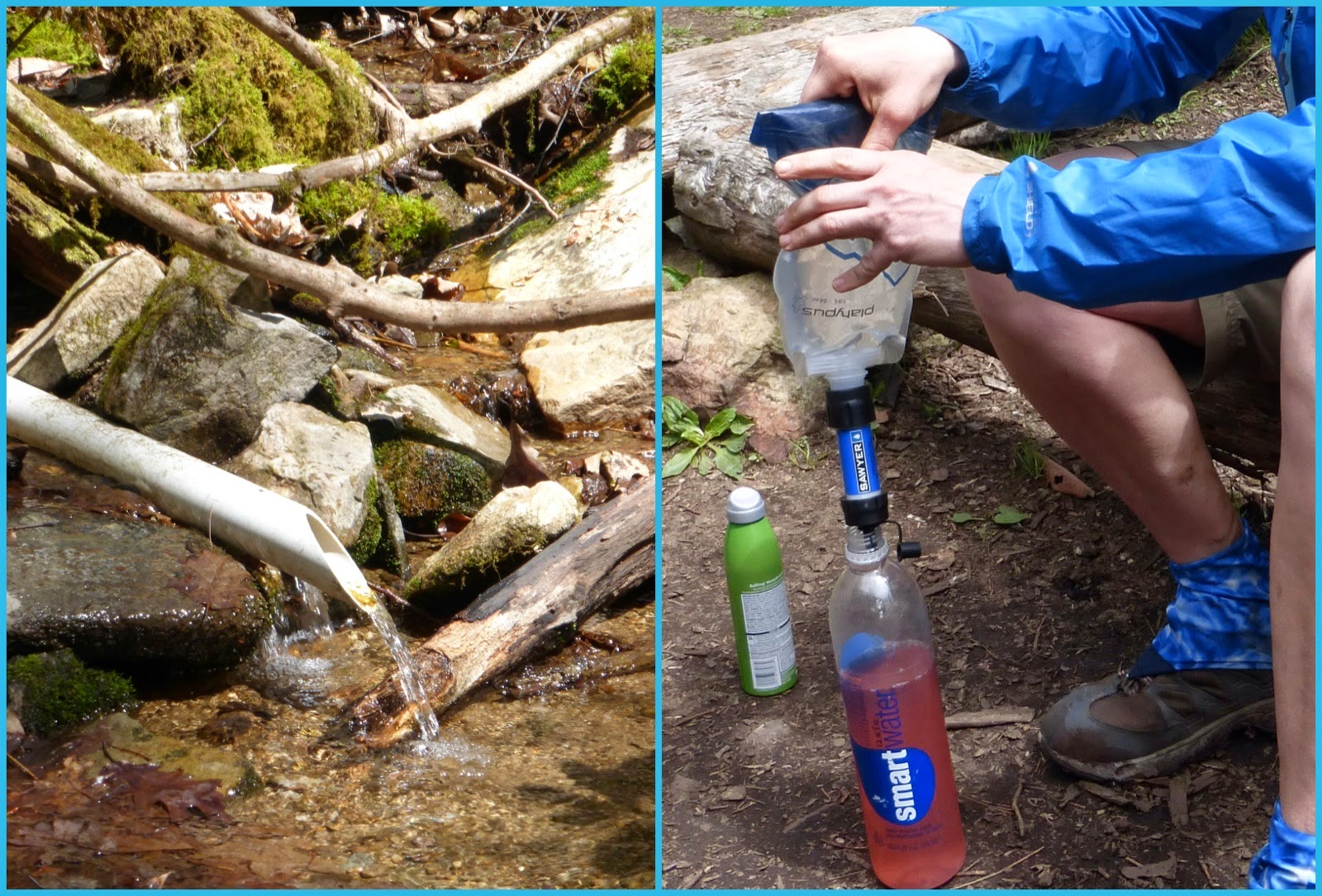 The hiking was relaxed most of the day with one section that was said to be “rocky and strenuous” in the guidebook with and alternate around it during poor weather. It was a mile or so of pretty rocky stuff and some actually required a bit of scrambling. I called it a preview of Pennsylvania which will be pretty rocky. 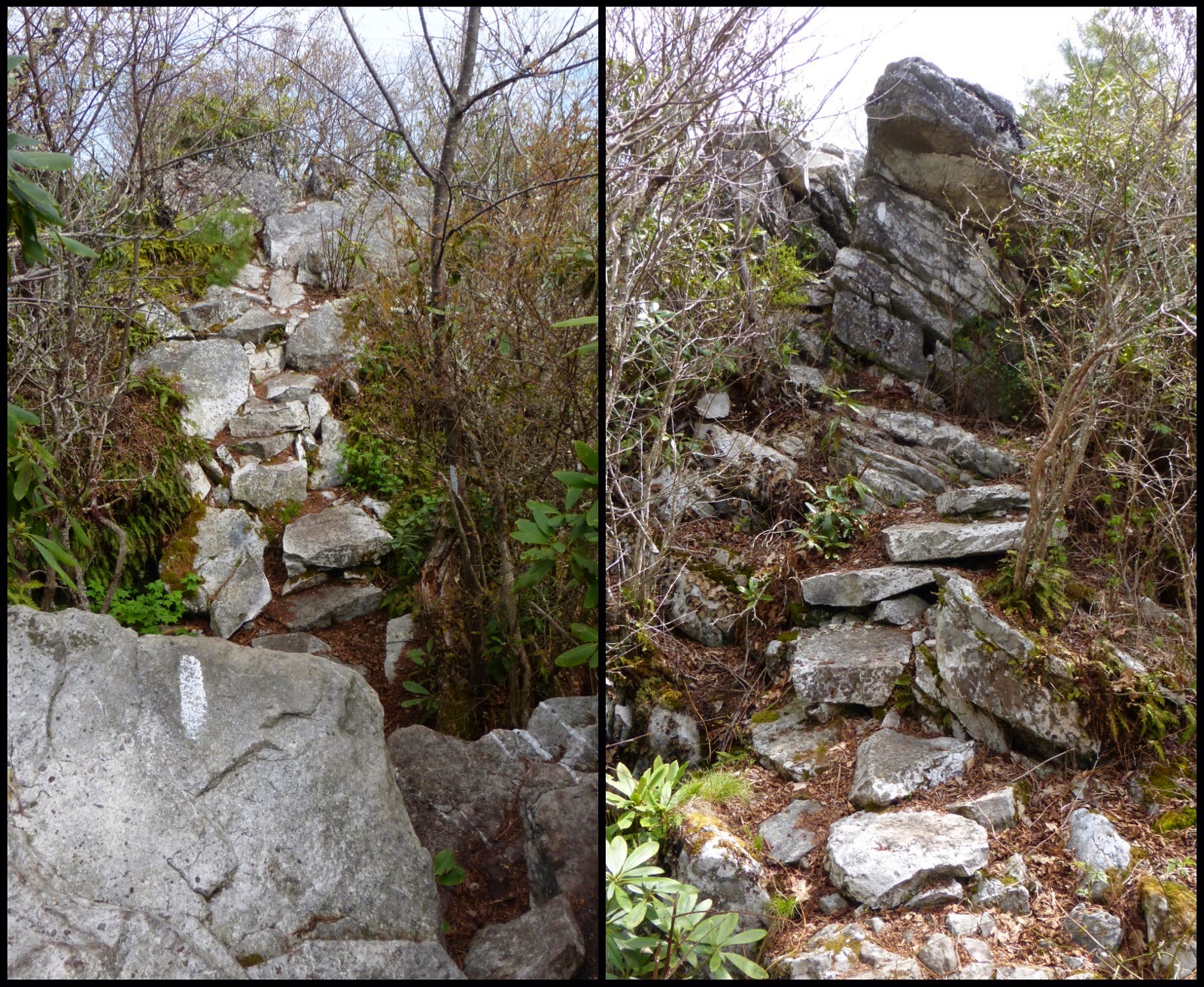 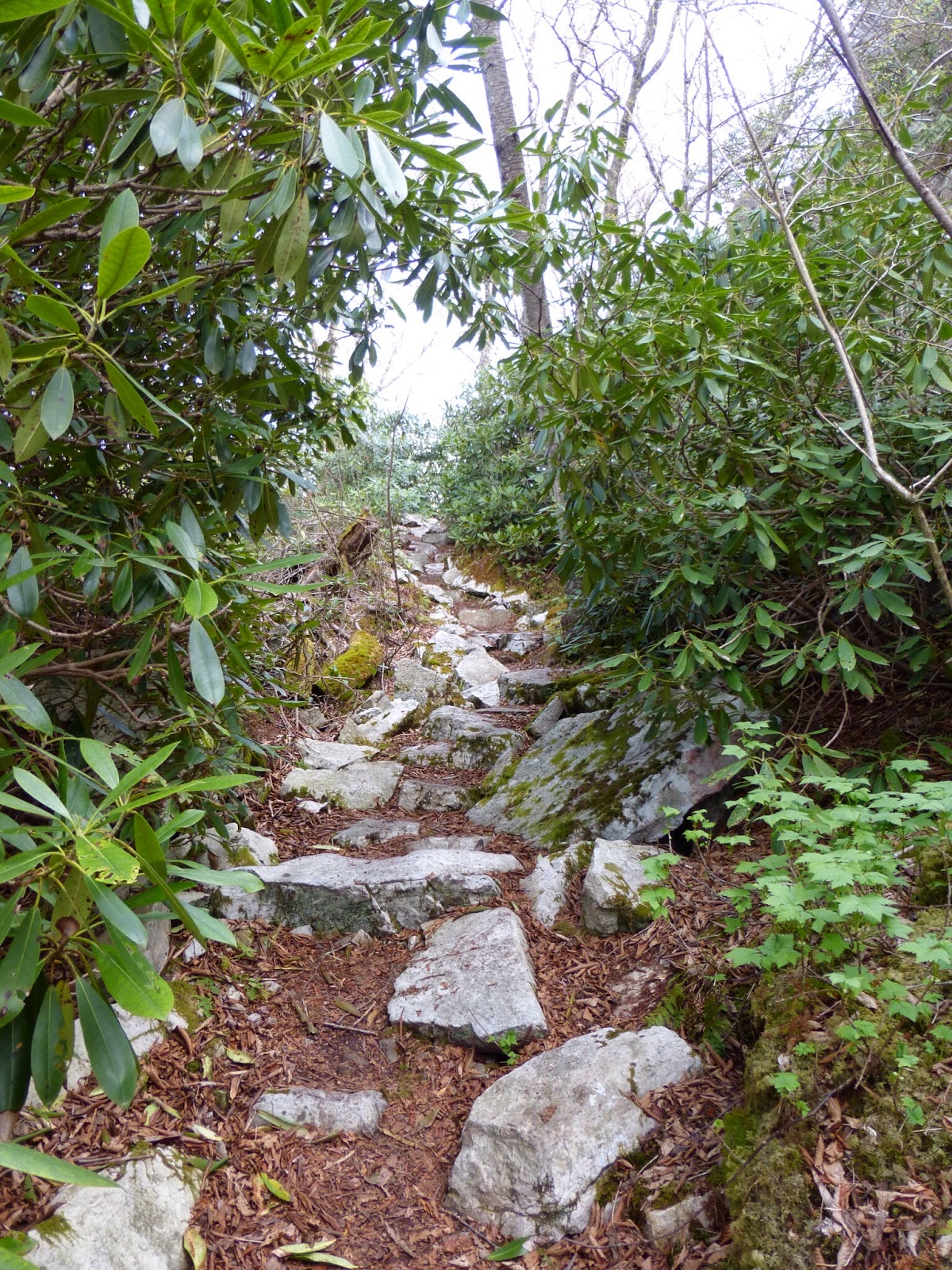 At lunch I met a couple guys and ended up hiking with one of them named Easy Day for about 5mi. That was the most I overlapped with anyone today. I got to listen to a lot of my Insurgent audiobook and it’s just fun to have tons of battery life with my charger so I can listen so much. I also think that’s why I’m doing this higher mileage. The day just passes so quickly and I have entertaining things to listen to when I get bored. I liked the woods today too. 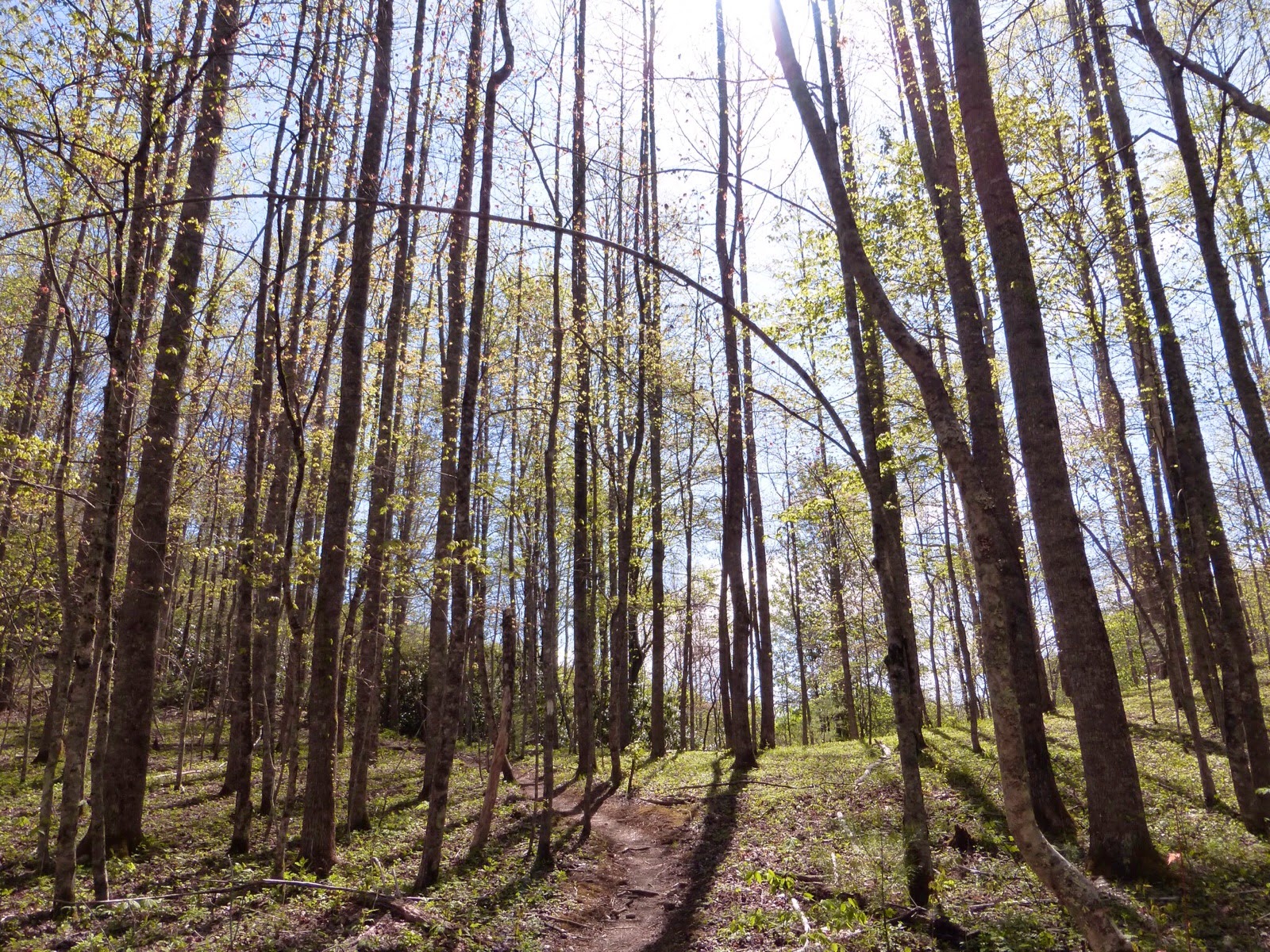 I finished the day hoping to find a stealth spot up on a ridge line. When I got to my planned spot, two other men were in the perfect spot hammocking and invited me to join them. They are two friends who come each summer and do various sections. Their names are Iron Man(badass did IronMan Hawaii twice!) and SOD (his kids say he’s some old dude). They were fun and on their first night out. SOD was pretty funny and said his kids would appreciate me mentioning that. Good guys! 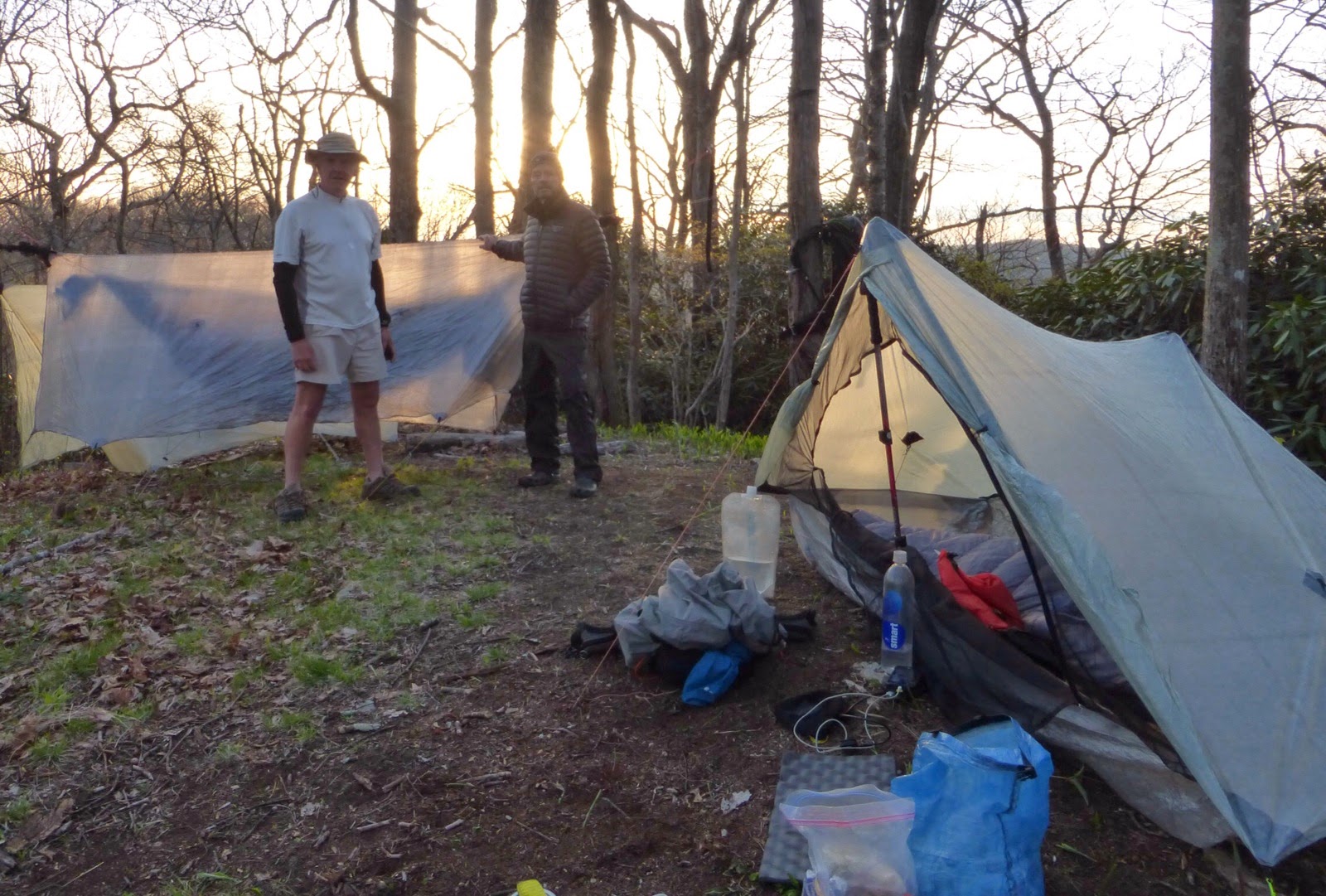 It’s after 10pm, but I have service and battery to watch a show, so I may not be able to resist…it is the best way to complete a day for me!