Last night ended up being a dry night thankfully, but this morning there was a lot of fog. I got started just before 7am and it was foggy and sticky out. I don’t think it could have gotten more humid without raining. The fog stayed around for the first three hours of the morning, but I was happy it didn’t rain. 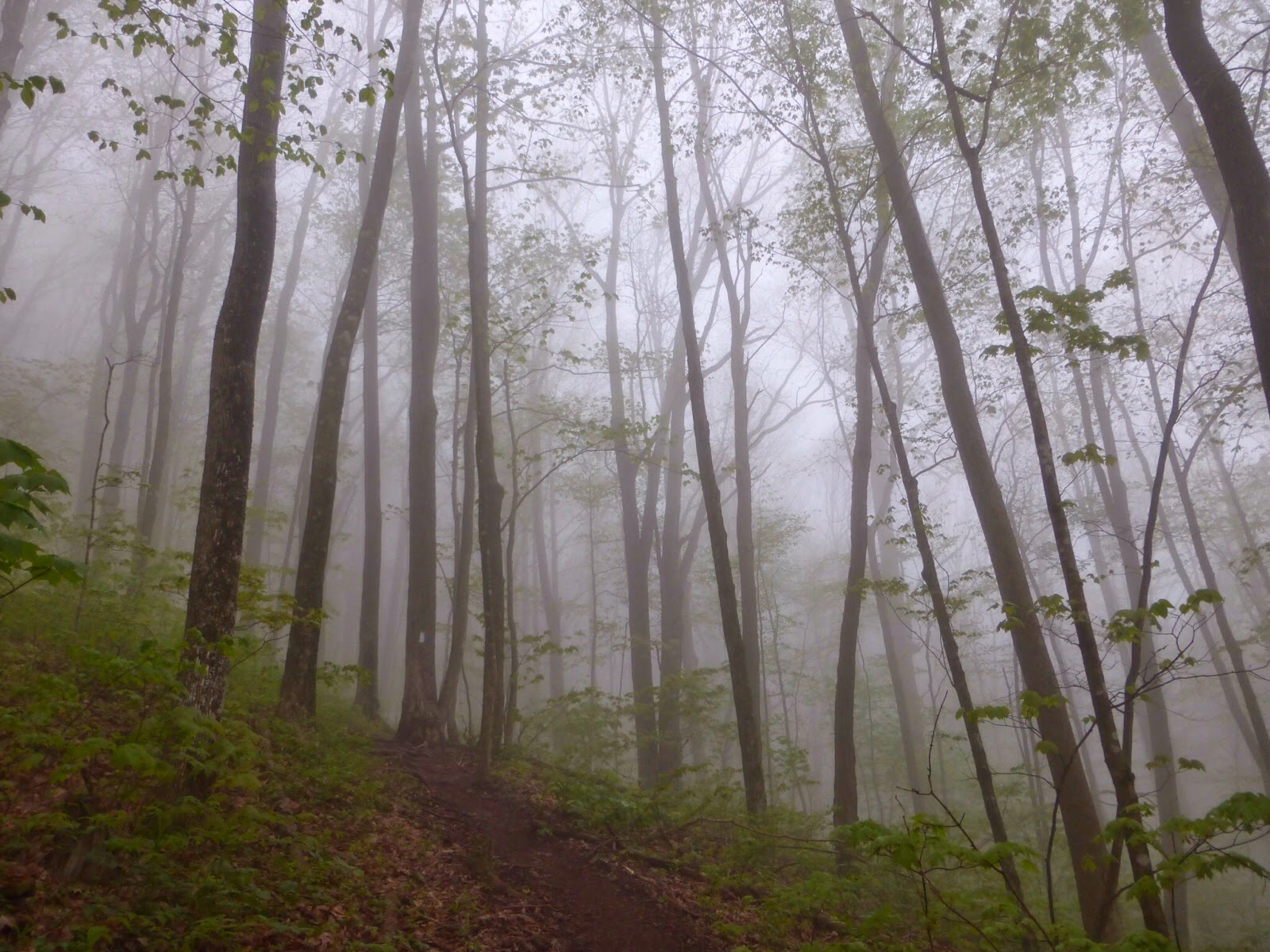 There was a steady climb the whole morning that was gradual, but just steep enough to feel a slight burn in my legs much of the way. The trail was a bit rocky and made for an interrupted stride so I couldn’t quite get a rhythm going. 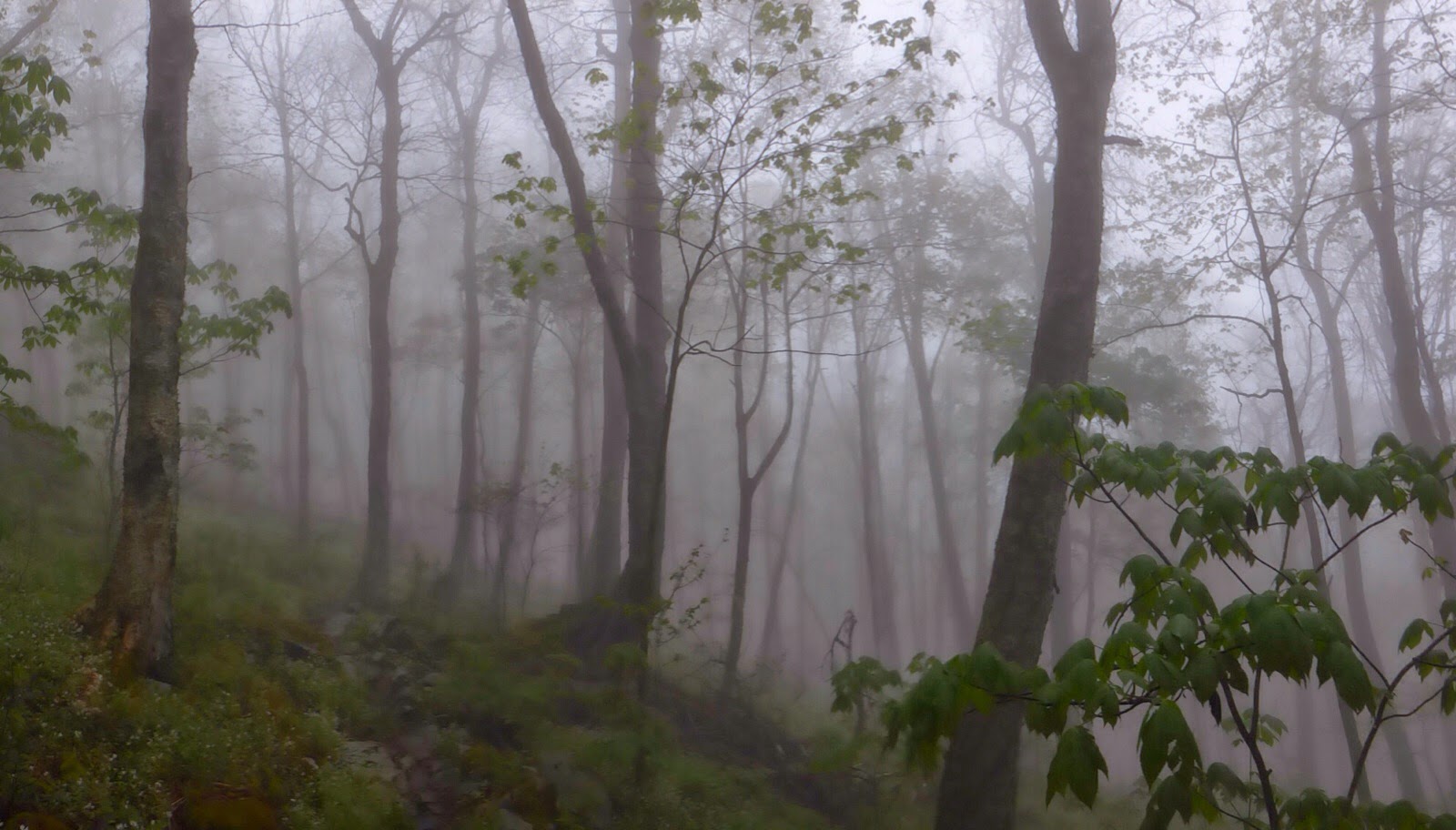 When I got to the viewpoint on Whitetop Mtn it was completely obstructed by the fog. I had passed many tents in the morning , but hadn’t seen any thrus. At the “viewpoint” a hiker emerged from the fog. 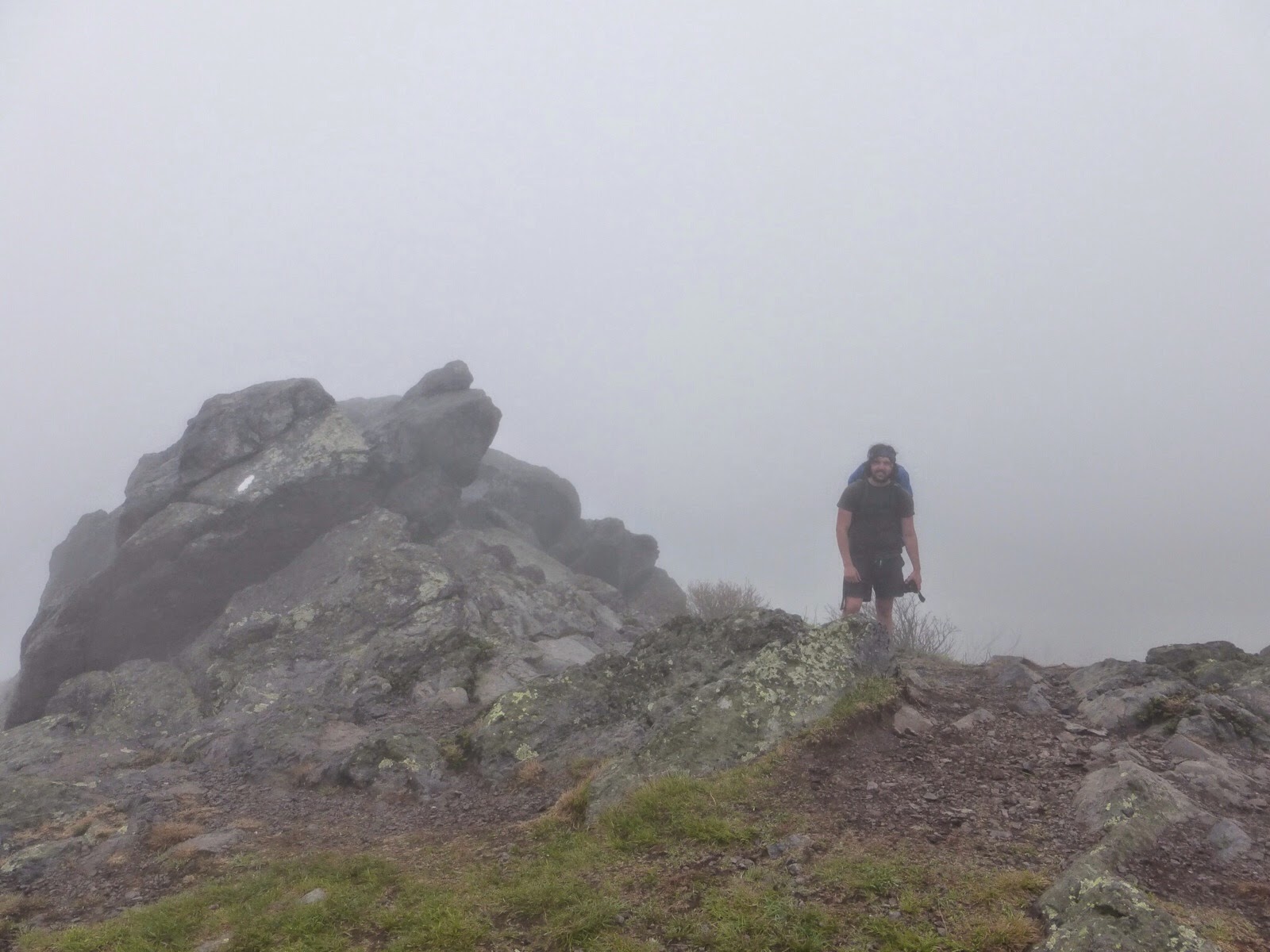 I was surprised to see that it was Uffda(a word used in Minnesota that means “whew!”). A hiker I overlapped with yesterday for awhile and he also camped near the shelter last night. I was surprised because I’ve yet to meet a hiker under 60yrs old who got up as early as me and he had actually started out before me this morning. He said he just woke up one morning and found out how great morning hiking is and has been setting an alarm ever since. Good for him!

We ended up overlapping for stretches the rest of the day. I spent a lot of time up at the windy and foggy viewpoint posting the blog and calling my sister. I caught up to Uffda just before the trail entered Rhododendron Gap and Grayson Highlands State Park. This is said to be one of the highlights of the trail and fortunately the fog lifted just before we reached that section. It is a 3-4mi section that includes walking along Wilburn Ridge where ponies are freely grazing. They are very accustomed to hikers and one walked right up to Uffda to say hi. 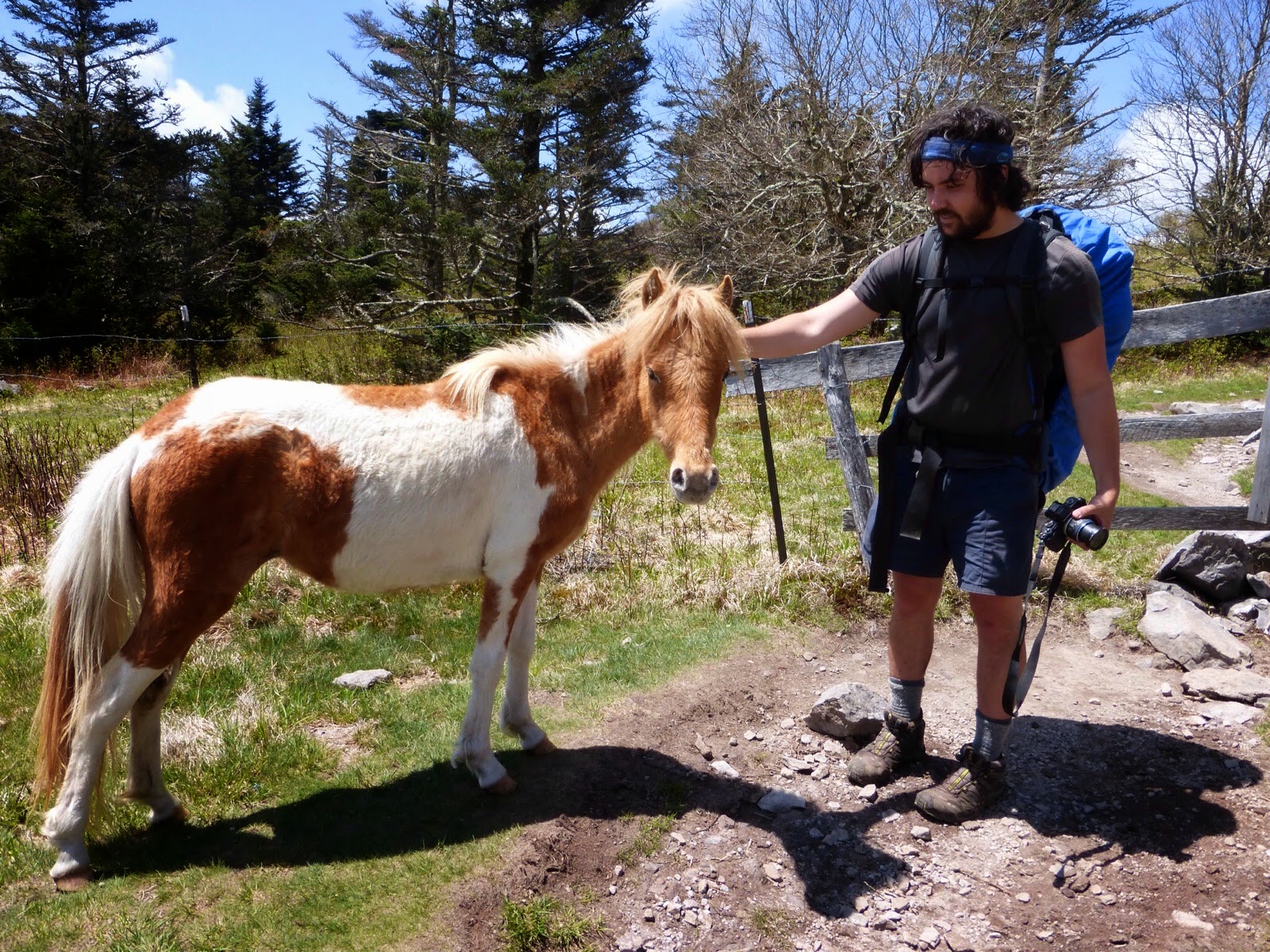 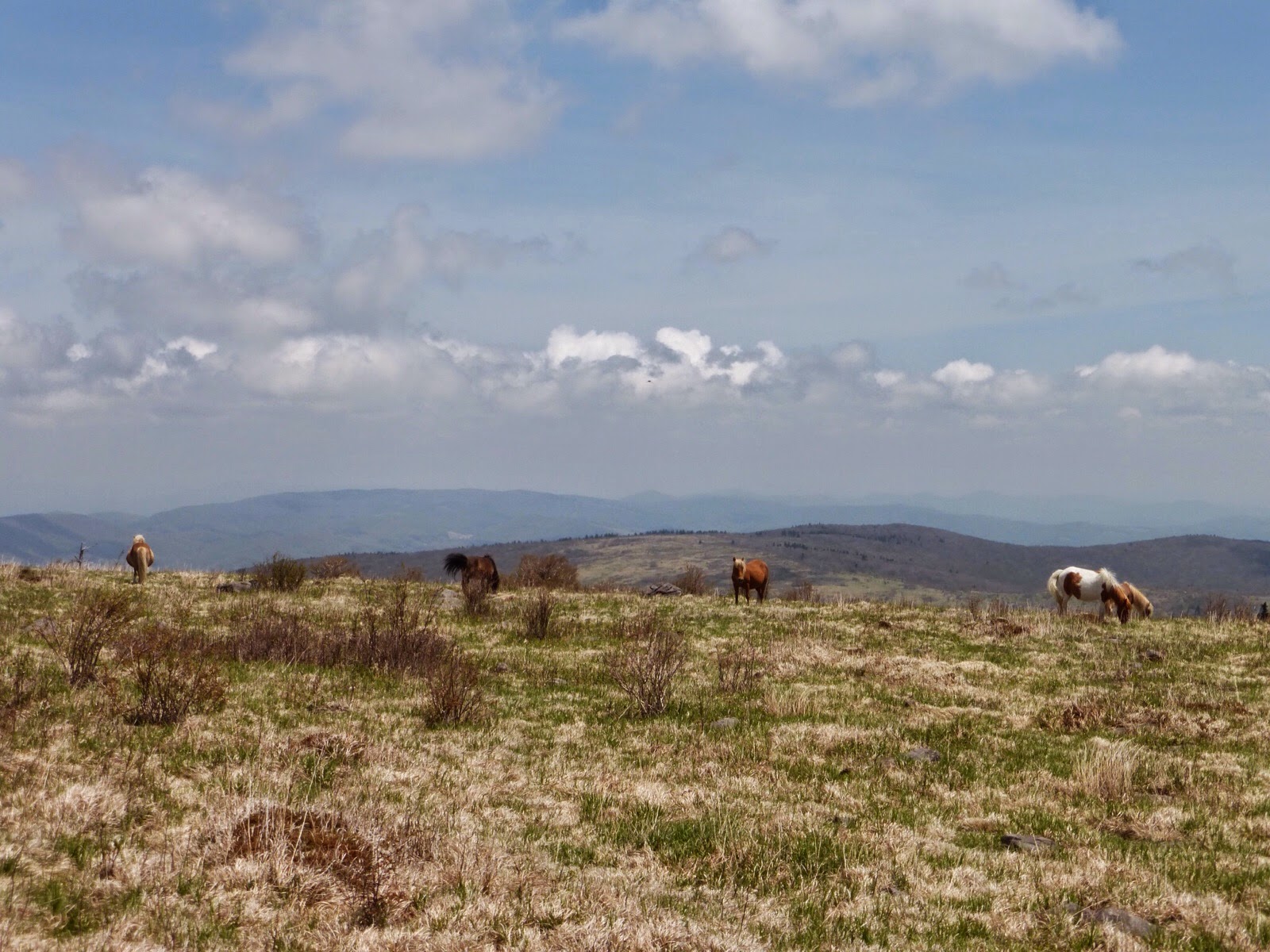 It was a nice change of scenery to walk this section, which was also very rocky with rock outcroppings. There was even a short spot called Fatman Squeeze that is a tunnel. I had to get a picture because it reminded me of the much larger Fatman Squeeze where I grew up in Illinois at Giant City State Park. 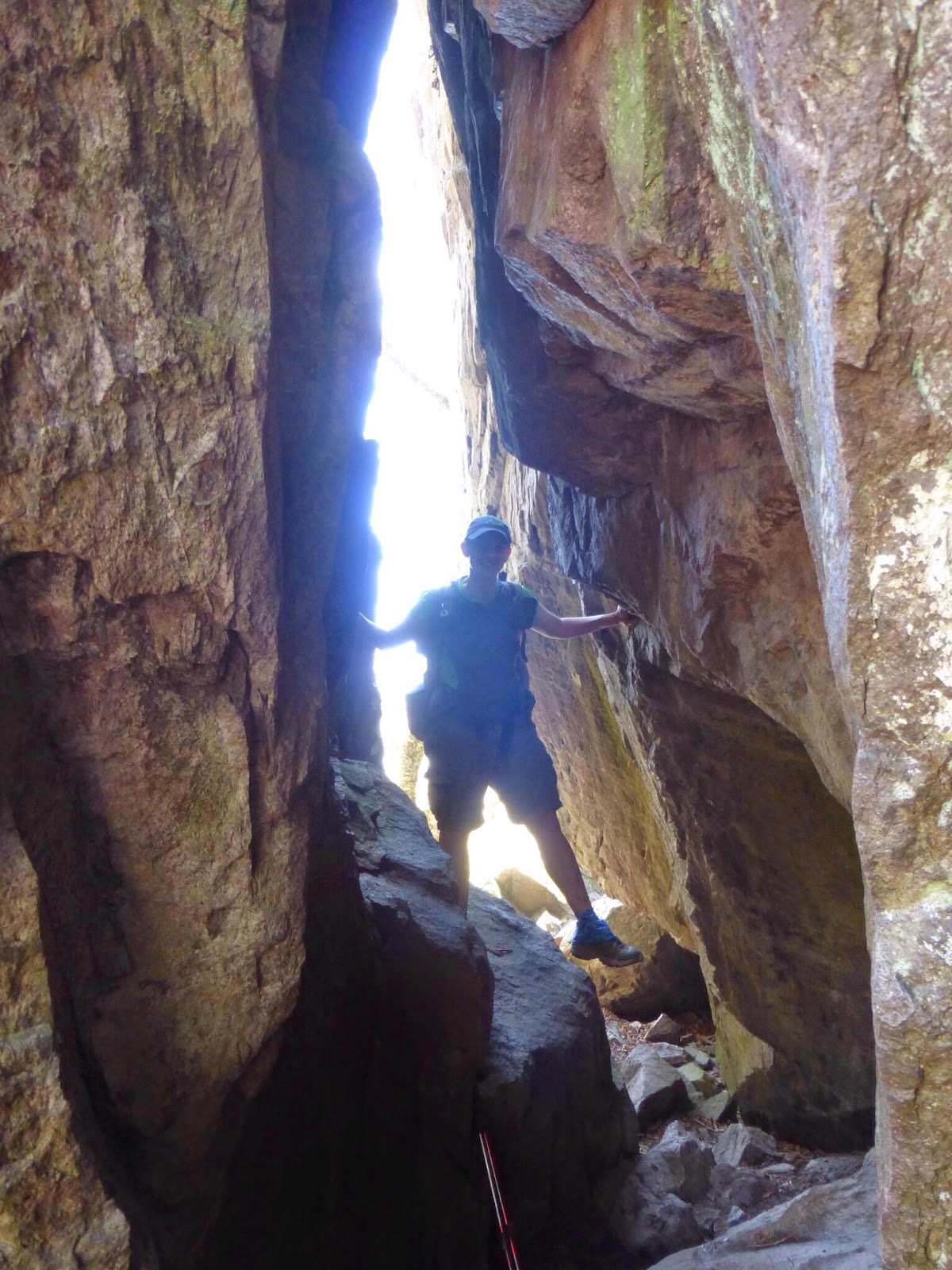 We chose a nice rock outcropping for lunch. It was Mother’s Day so many day hikers were out. A pair of section hikers that have followed the blog for years recognized me and it was fun to meet them. It was just a very nice day. 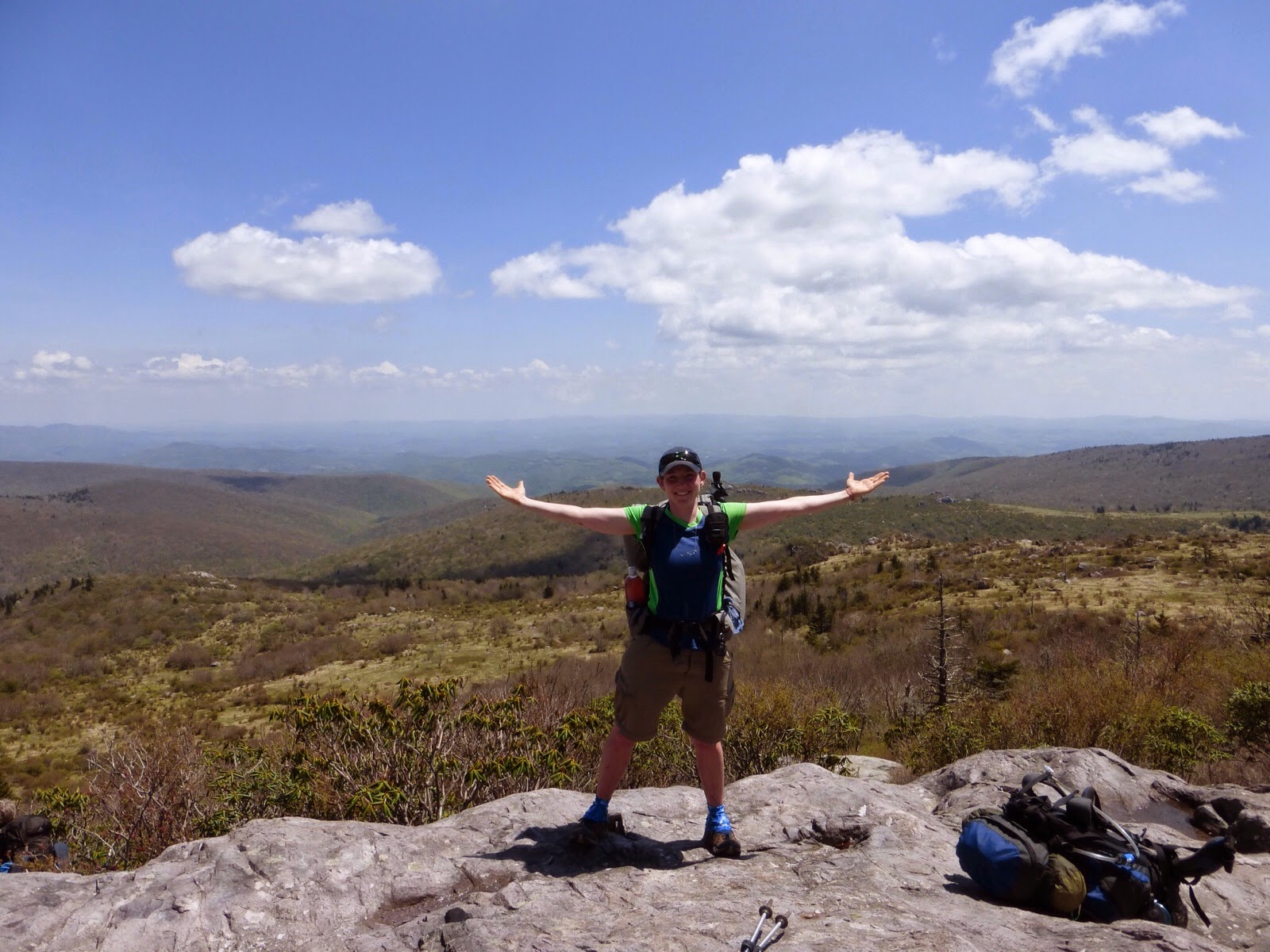 My only problem today was all the rocky trail. This is the first day all trail that my feet got sore. I know it may be mental, but I have new shoes waiting for me in the next town a couple days away, so the ones I have on are wearing thin. The rocky trail came in all forms today and it got most frustrating the last two hours or so when our bodies were tired. Especially on the downhill when it could have been relaxed cruising and instead it was rigid jarring steps carefully placed for each step rock to rock. 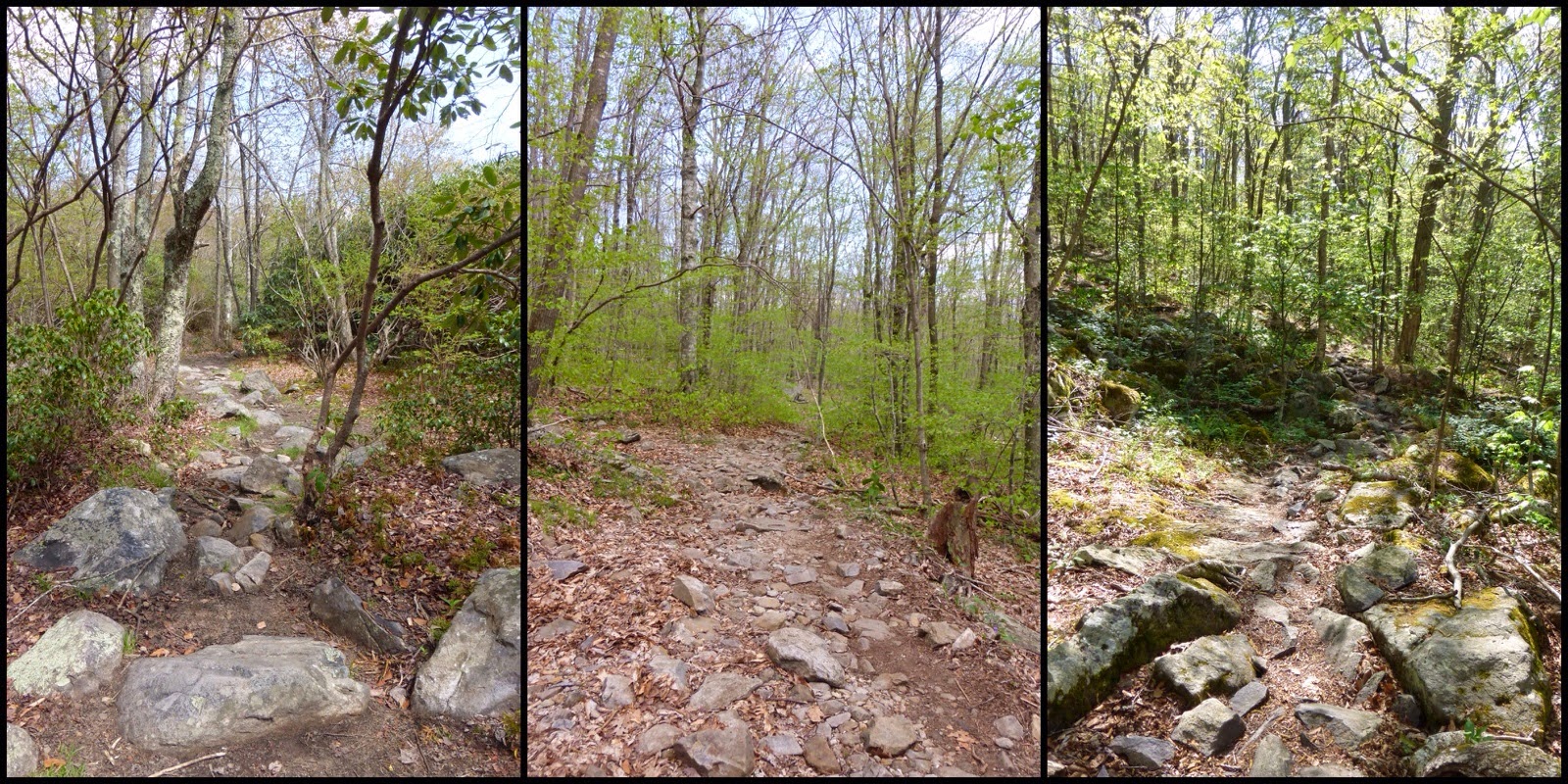 At the end of the day, Uffda stopped at a shelter and I hiked on another hour to finish at 6:15pm. There was a nice spacious campsite near a stream that was also near a road, but another hiker, Ferris (Ferris Bueller) was there so I was okay with staying there rather than hiking on. Here is Ferris with his sunglasses and a photo of me showing how I stupidly got distracted by the rocks today and forgot to put sunscreen on my arms until it was too late. My arms are now radiating heat. 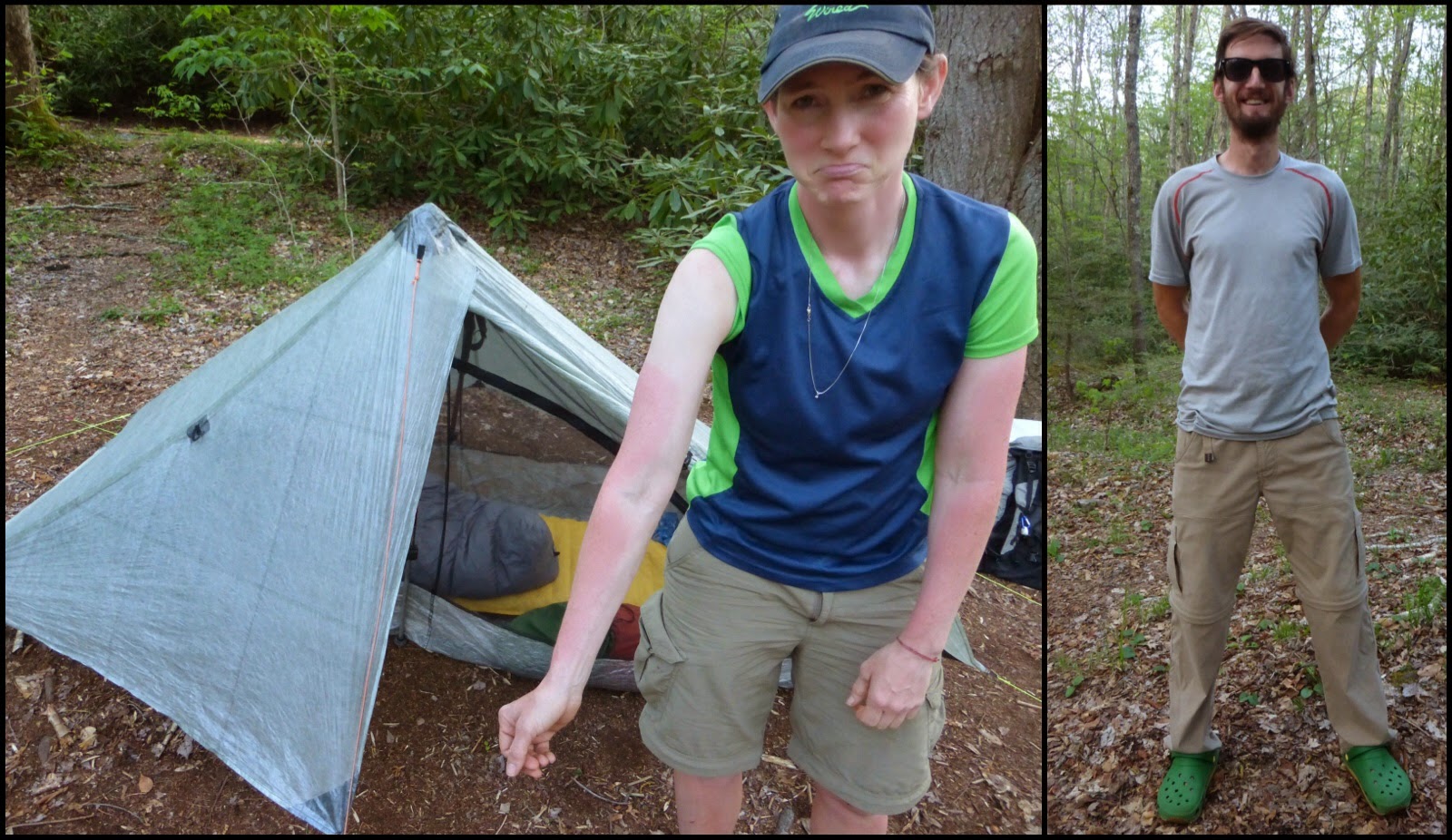 It’s nice, clear, and cool out so it looks to be a great night for sleep. Tomorrow should be okay most of the day to stay dry until the evening and then a strong chance of thunderstorms are expected the rest of the week.