I slept much better last night. I woke up this morning to the sounds of other hikers coming down the hill early in the morning just before 6am. It was the military guys (who I keep forgetting their names!). They mentioned that they sometimes liked to get up at 5am and knock out miles in the morning, which is cool. A bit later, I heard Ferris moving around in his tent to get ready for the day so I think the guys provided some good morning motivation. I got going about 7am and Ferris wasn’t far behind me. We had a nice long climb to start the day and I stopped on and off as I had service to load the blog and do some phone calls and email. Something that’s been really helpful for me is that when I make my calls to my sister, my 2 1/2 yr old nephew, has been talking to me more on the phone. He cracks me up and his adorable little voice has been filling my head with positive thoughts out here! He proudly let me know he pee peed in all the toilets already this morning and that he gets a special bagel trip (maybe even a muffin) if he poops, ha! It even helped when there were more of those steep log steps that tire me out and I was again dripping sweat on the way up. 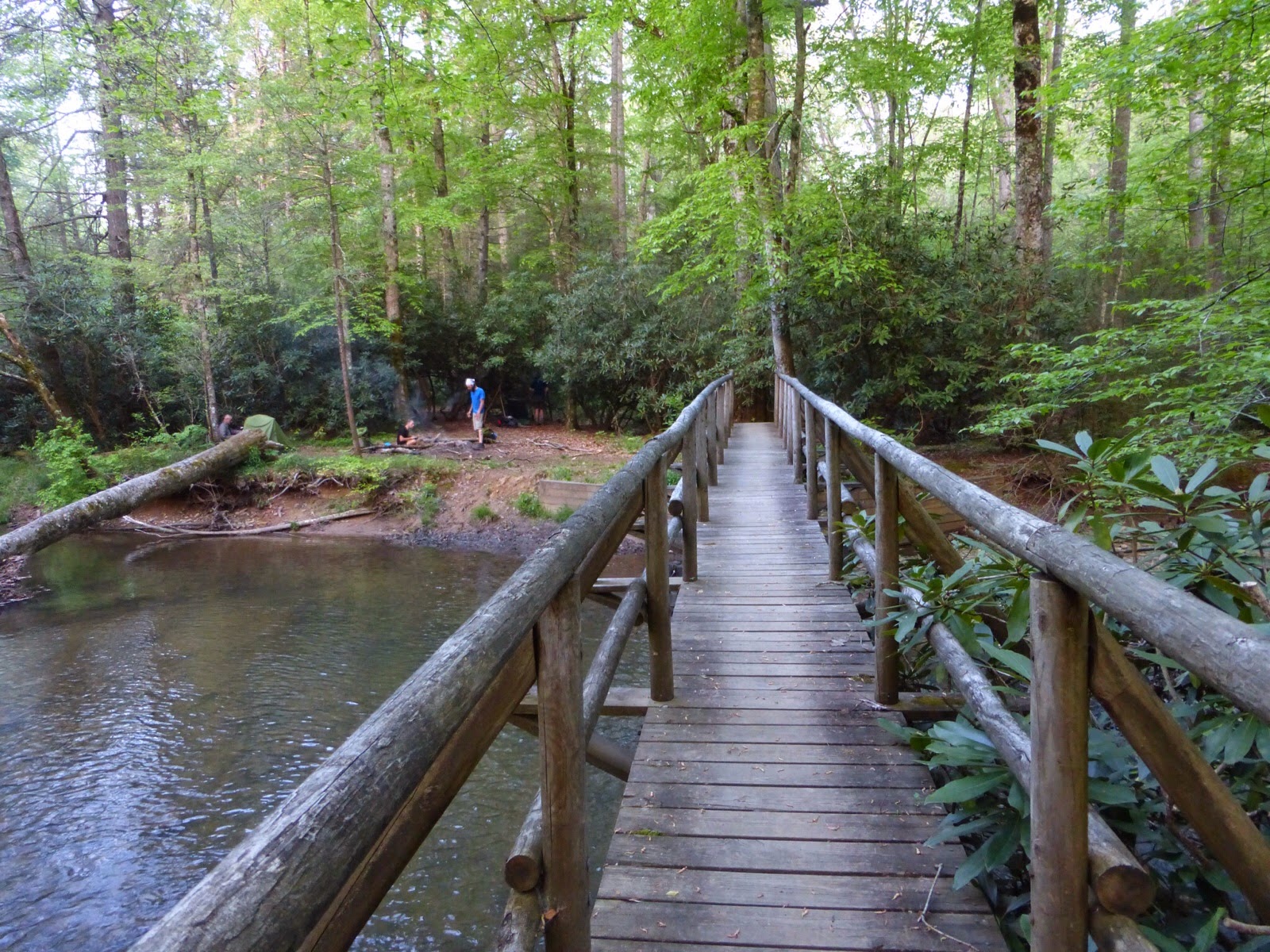 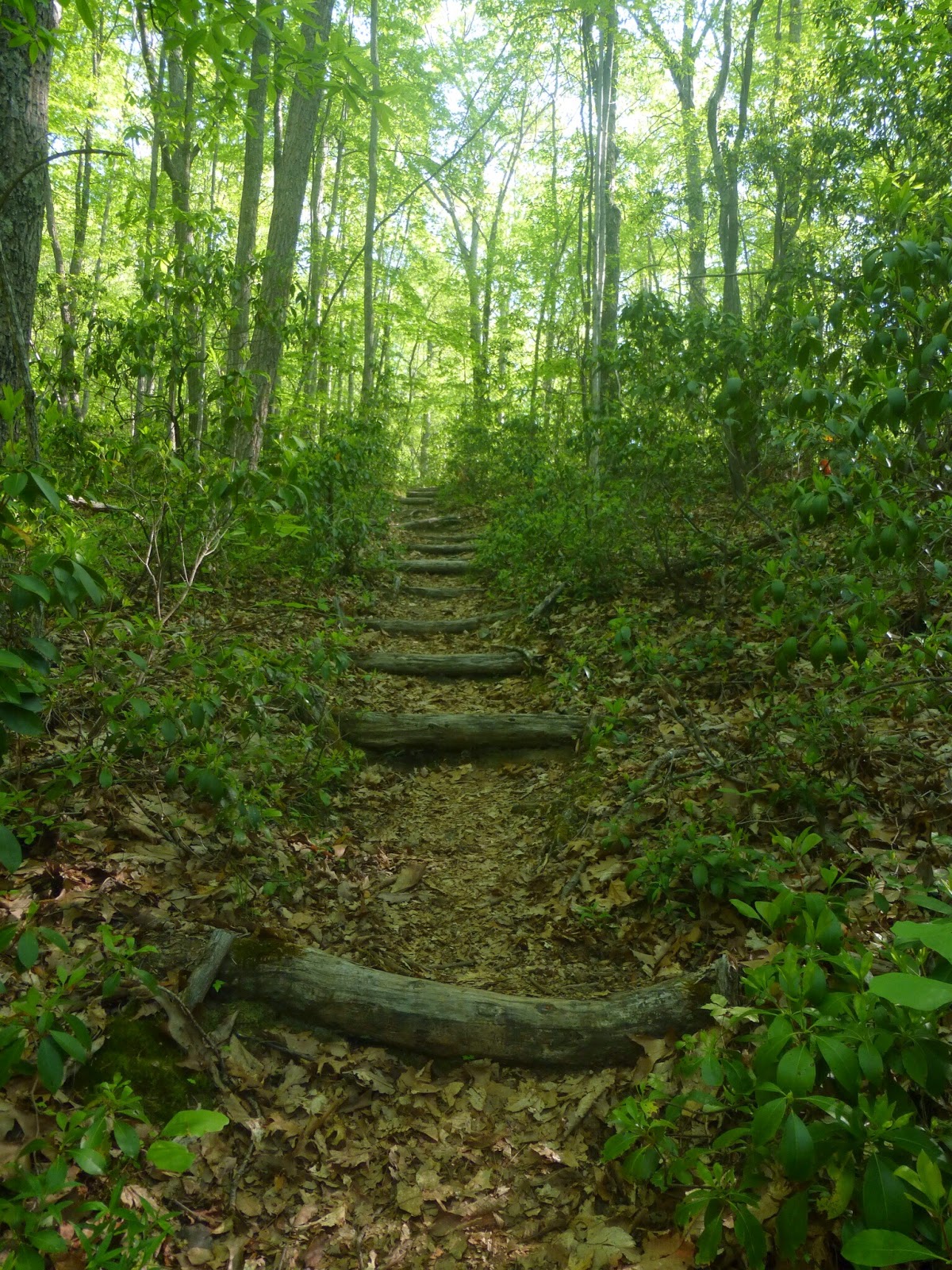 By the time I was near the top of the climb, Ferris caught up and we hiked the rest of the day together. This is the first day I’ve had anyone stick with me the whole day and it was fun. I needed to get out of my head and it was just what I needed. When we got to the top, we looked at the weather and saw that the rain would start tonight and go all day tomorrow with a flood watch in effect. Around 11am, we realized we could make it to town today if we pulled out almost 30mi and then we could make tomorrow a zero in a DRY hotel. I hadn’t planned on another zero for a couple more weeks, but I’m just tired from what’s been going on the last few days of not sleeping or eating as well as I should. I know a rest day would be a good idea and I’m welcoming it with open arms! I just know that with how I’m feeling that if I decided to hike in rain tomorrow after walking right by a hotel option, I’d just be miserable. 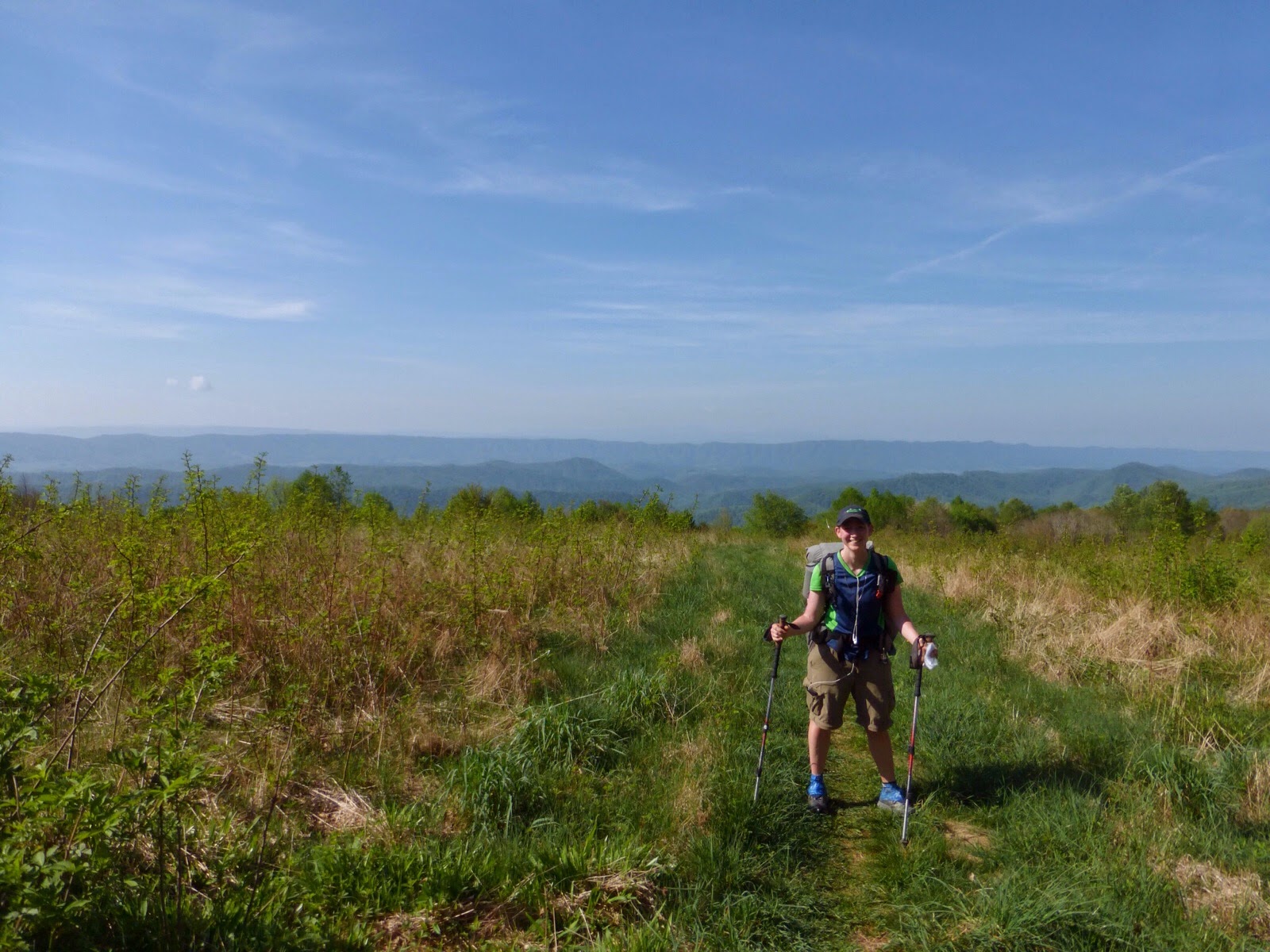 The morning hiking was already done and our pace had been pretty relaxed thinking we were doing about 25mi. We knew that meant we’d need to kick it up a notch and that we’d be hiking til about 8pm, but knowing the day would end with Subway, a shower, and a bed made it worth the longer day. As soon as we made the decision, I was reenergized! I get pumped off setting goals and it gave me something positive to focus on. I felt like I could have flown with all the downhill today, but Ferris is having some slight pain on the downhills that kept me under control. He is doing really amazing to keep up given that this is his first hike and his first leg doing consistent high miles. My last five days were 15.4, 25, 28.1, 21.5, and 29.8. We were ready to reward ourselves.

A brief bio on Ferris (trail name after Ferris Bueller) is that he’s 29yrs old and from Cleveland. I’m not a business major, but my understanding is that he works from home trading on his own. He’s one of those freakish people that seems to succeed at whatever he puts his mind to and enjoys challenges. From being a National Merit Finalist, to getting his license to fly small planes, to enjoying Navy boot camp (I think that’s what they call it), and now hiking the AT without having ever backpacked before. He’s been a rocket ready to take off having committed to hiking with a college buddy who has had a rough start and they just split a few days ago. It’s fun for me to be around people who enjoy challenges and challenging themselves so it’s been nice and has come at a good time for me when I need to be out of my own head.

It was slightly cooler in the low 80s with a nice breeze and shade or clouds most of the day. It was still humid with plenty of sweat inducing climbs. We crossed a few dirt roads and at one there was a small cooler with iced water bottles and powdered pink lemonade. It really hit the spot and was a highlight of the day! 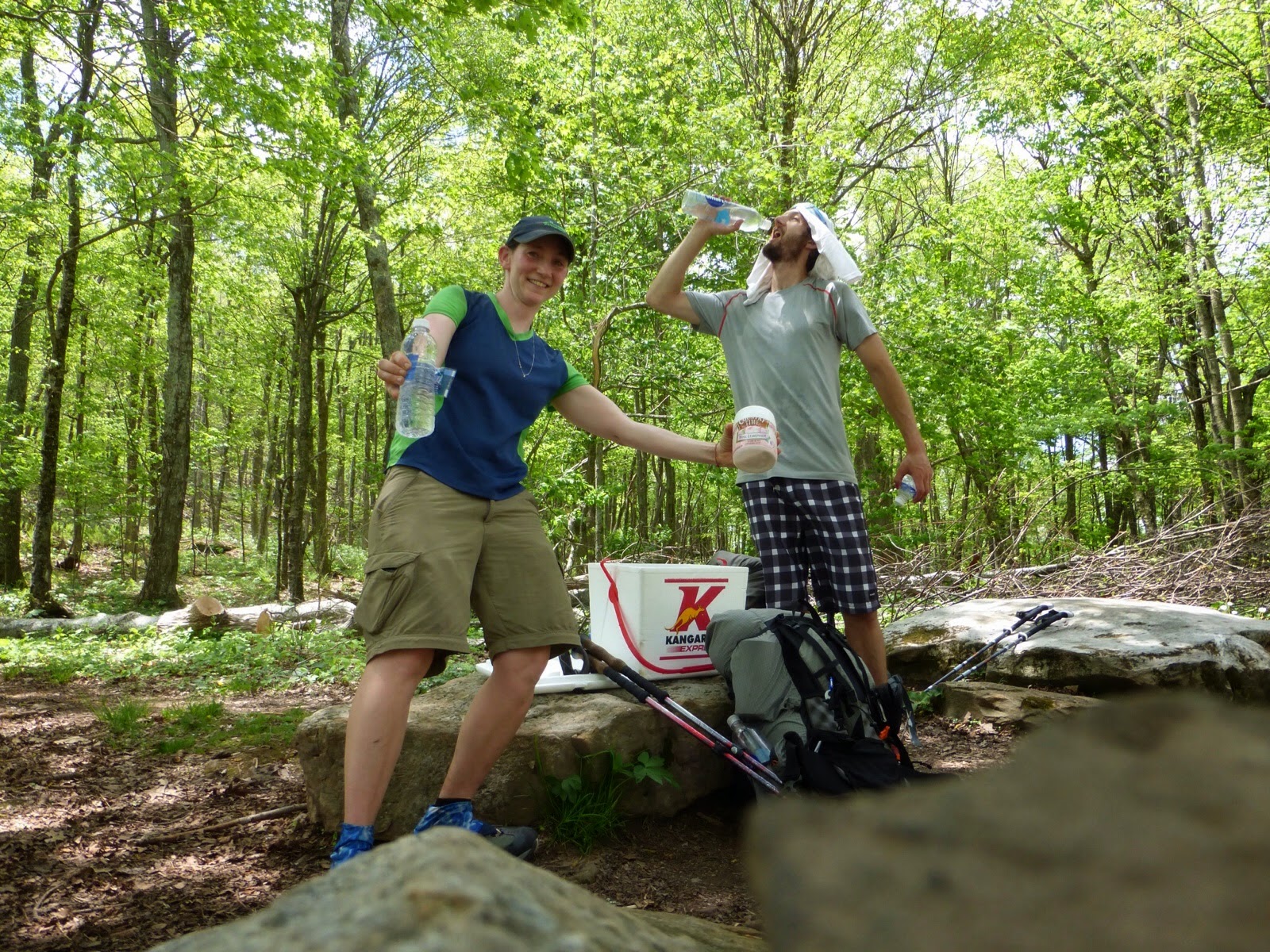 The trail was rocky on and off and I was very pleased with my decision to have my new shoes sent in Atkins yesterday. Ferris is still learning and ordered them yesterday when I got mine and will get them in few more days. I felt for him as it’s painful on thin shoes and he was feeling every step. 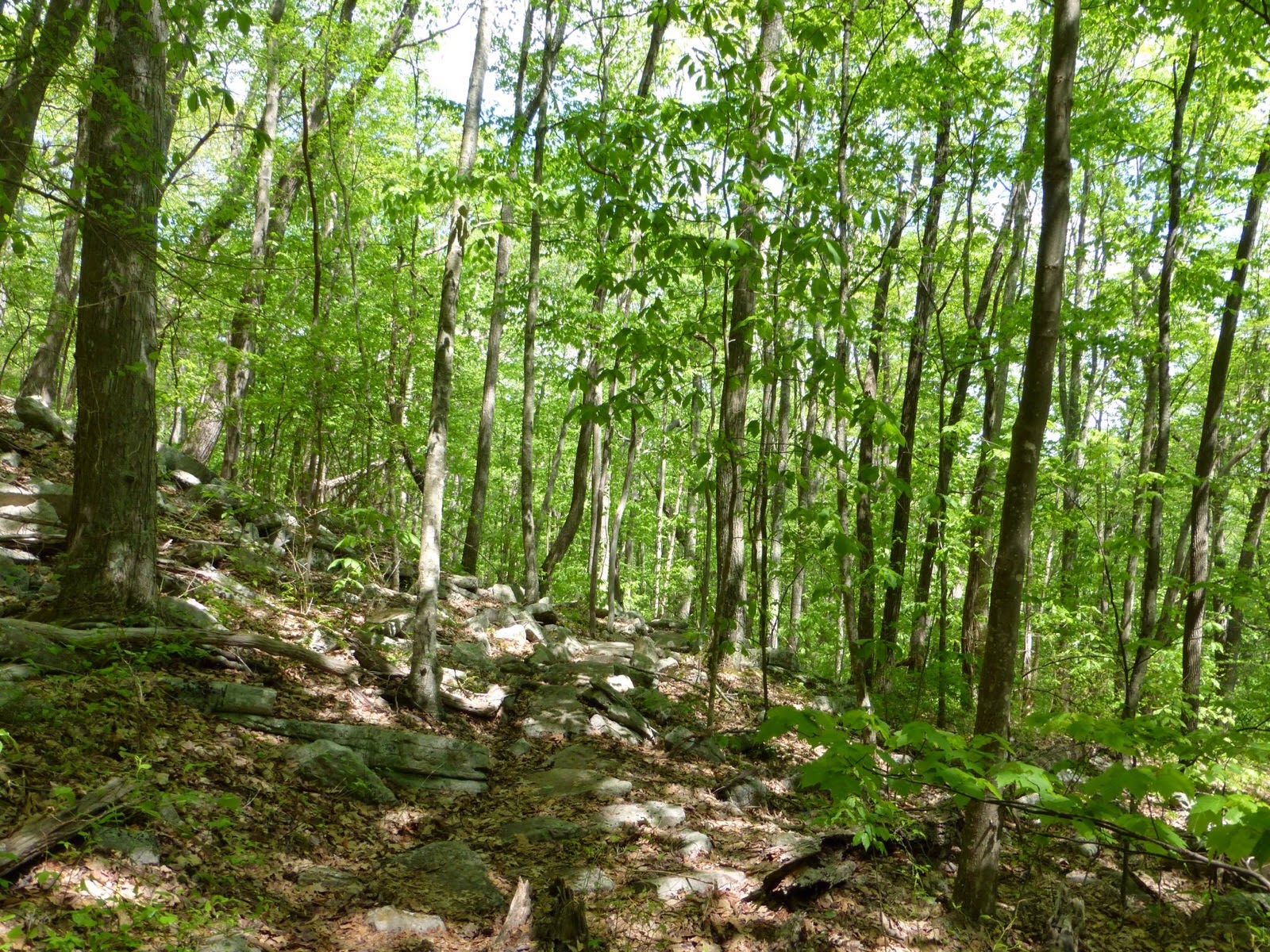 There wasn’t much other than a green tunnel today, but the last two days there is a tree that’s been blooming every so often with these pretty peach colored flowers. Are these anything in particular? 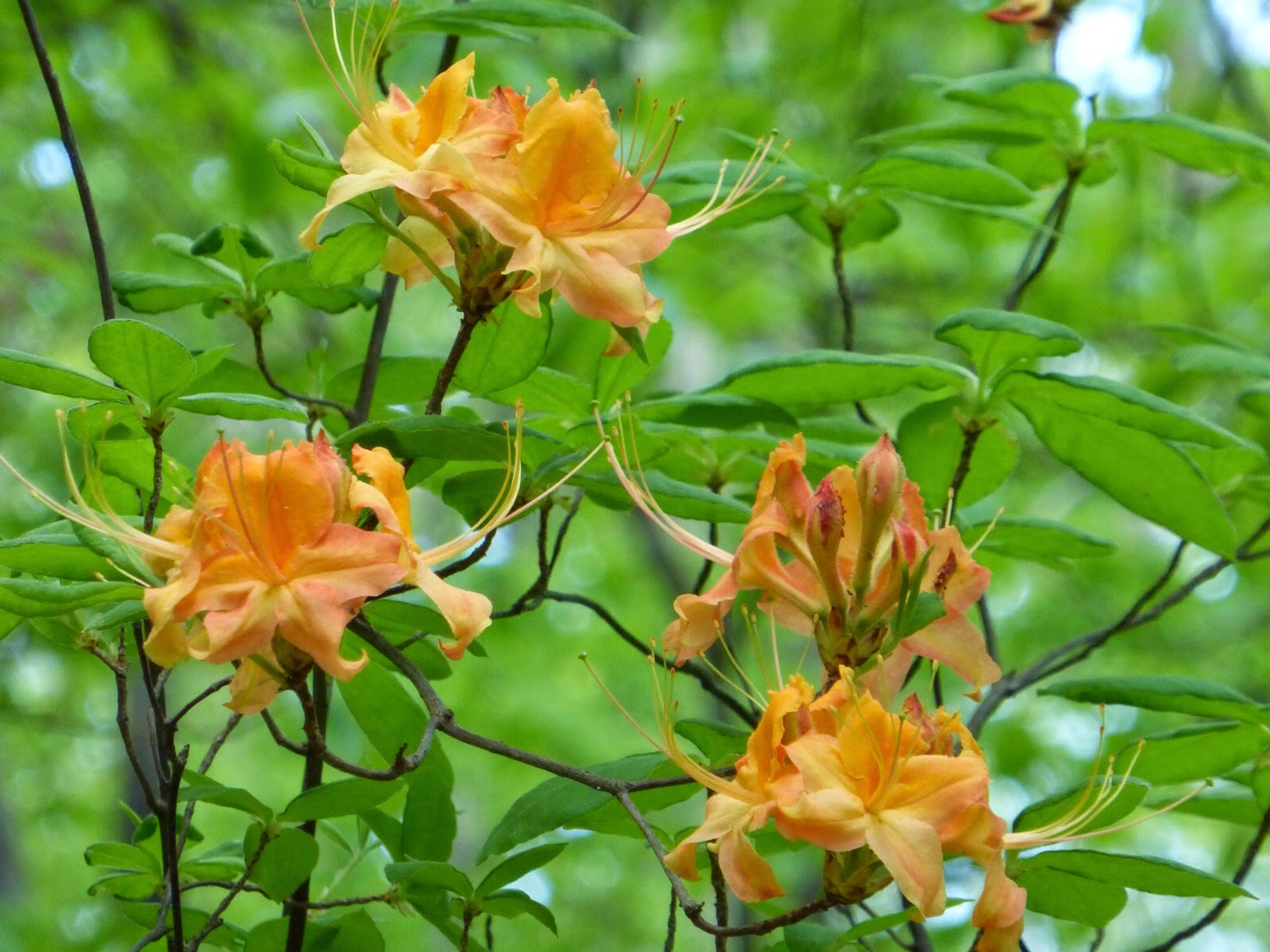 We made it to the road right about 8pm and saw the sun going down behind the hills as the clouds moved in. It was actually one of my favorite views of the hike…dang power lines and all! 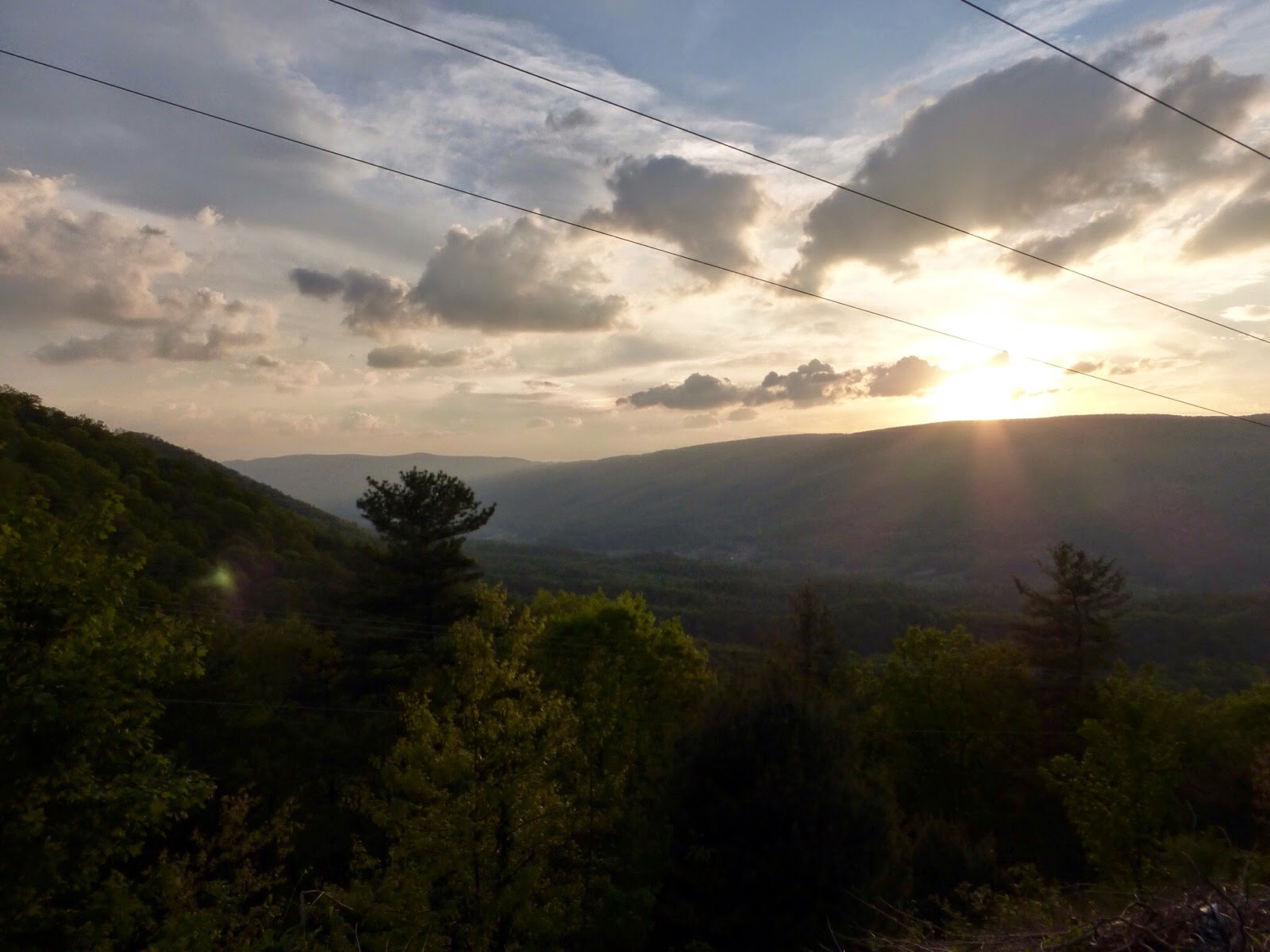 We called the local shuttle provider, Bubba (classic!) and he took us to Subway to grab our food and check into the one motel in town. The Big Walker Motel. The most exciting part of the night, this Subway is one of only 7 in the country to have milkshakes (made with hand scooped ice cream!)! Seriously, can life get any better!? Really looking forward to tomorrow’s zero and watching it rain from my bed. We turned on the weather channel to see a scroll running across the bottom saying the highest chance for flooding tomorrow is along the Appalachians…yeah, we made the right choice. 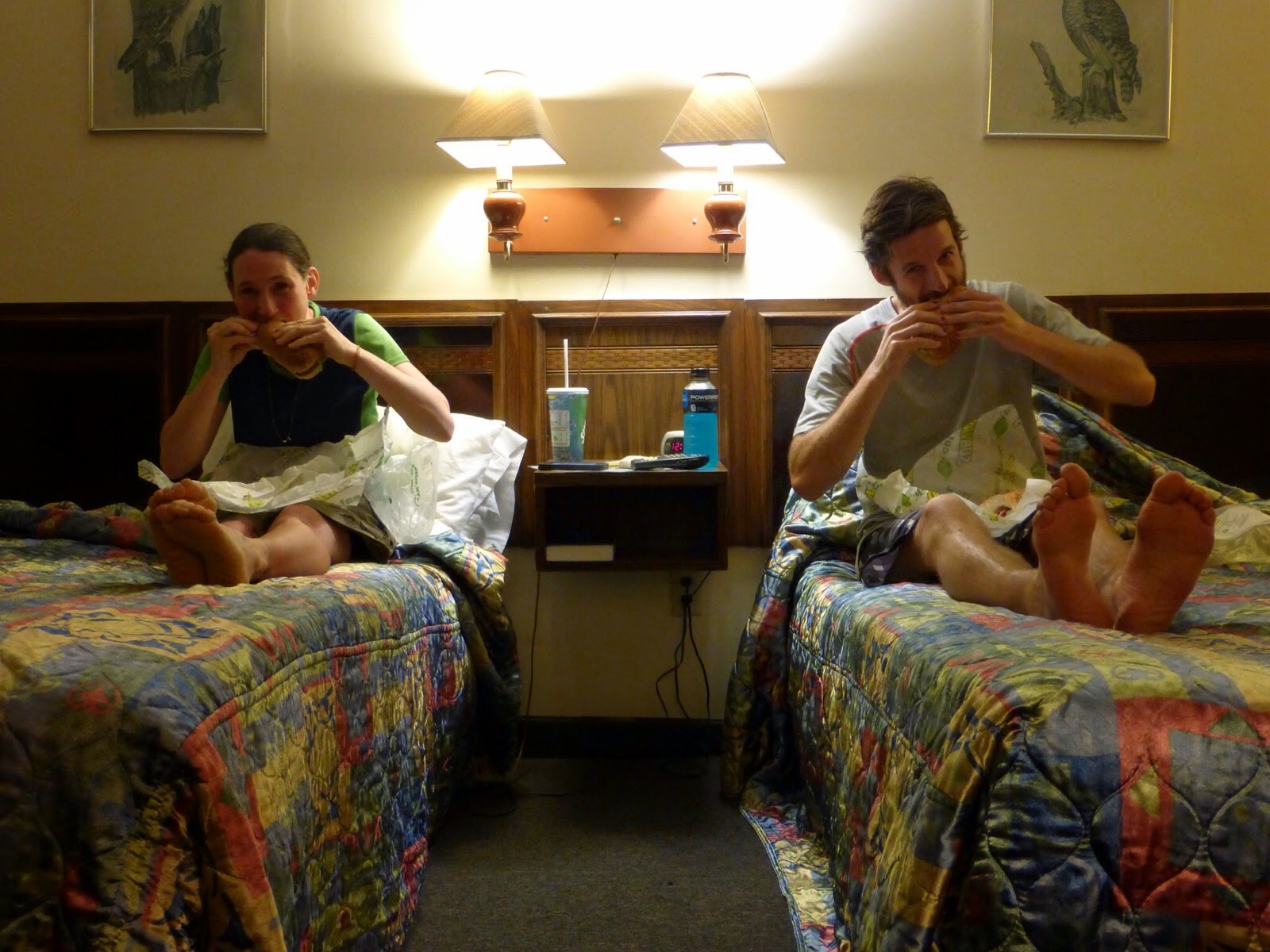