Ferris and I took a very relaxing, and much welcomed zero(no hiking) today. It is my second zero. Ferris started the trail a month before me with his friend and they took many zeros at the beginning including a week long trip to Philly. We tried to sleep in…still awake by 7am, and went to the nearby Dairy Queen for breakfast. Who knew DQ served breakfast. I don’t recommend it though. Then we returned and Ferris fell asleep while I watched Greys Anatomy. There is no laundry in town, but there was detergent in the hiker box so you can see my clothes hanging over get air conditioner with the rain falling outside. Yep, we were happy, dry, non-campers this morning. 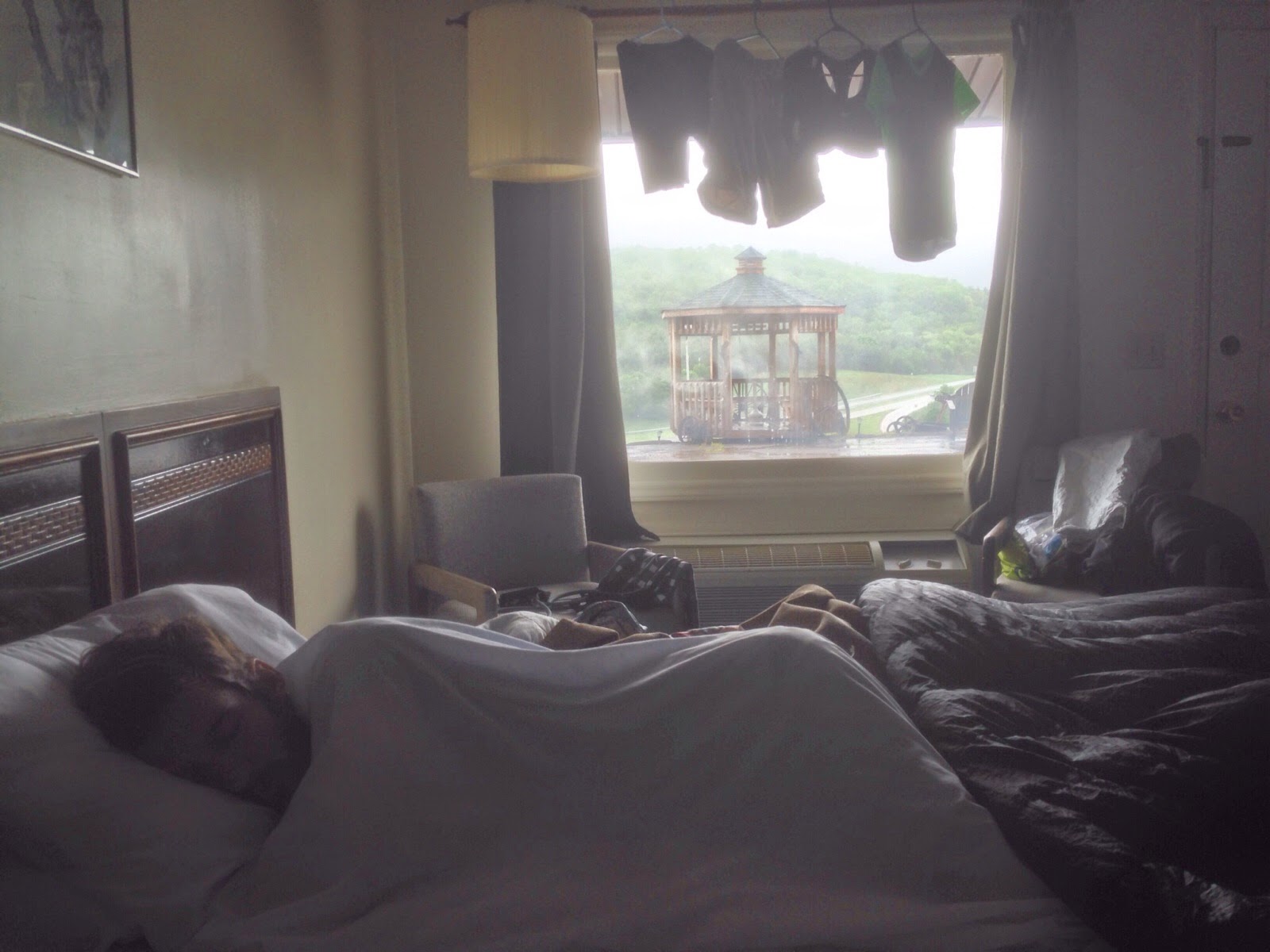 I called our trusty town chauffeur, Bubba, who took me the couple miles to the library so I could catch up on blogging and correspondence. I just had to get a Bubba photo. He is pretty quiet and hangs out around the hotel which is a happening place for all sorts of folks to hang out, beer in hand. From thru hikers to construction workers who have no problem staring you down as you walk by. Ferris said he was glad I was there to protect him last night. The best part was that on the ride this morning, I found out that it was Bubba who placed that cold water and pink lemonade on the trail that we enjoyed so much yesterday. That made it even more perfect! Here’s Bubba with his truck which I was later told has a confederate flag bumper sticker with another one that says Bubba Nation. 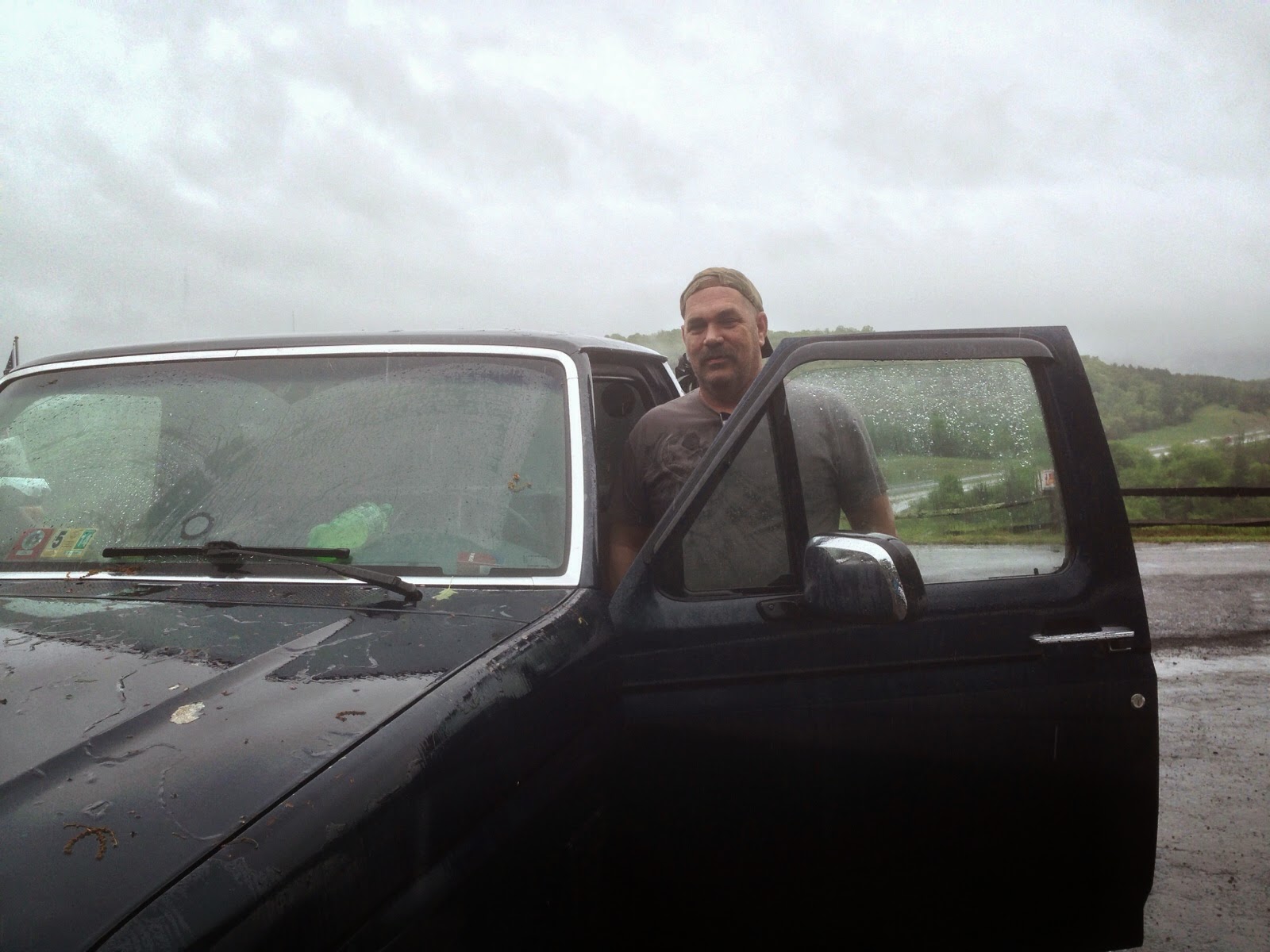 I spent about four hours at the library and was just about done when the Internet went out. Good thing I went early and got so much done. I waited an hour working on my phone and it still didn’t come on. Sadly, my reward was to watch last night’s Survivor and that didn’t happen, but I accidentally heard who got voted off. Still hoping to catch it in the next town! I was fortunate that a local woman was leaving the library and was kind enough to take me to the Dollar General, Subway (yes another milkshake!), and then the motel. It started raining harder during this time so I was very fortunate! I want to thank everyone again for their support and encouragement! It’s been very helpful and has kept my mind on very positive thoughts. I got back to the motel in the afternoon and spent the rest of the day like this… 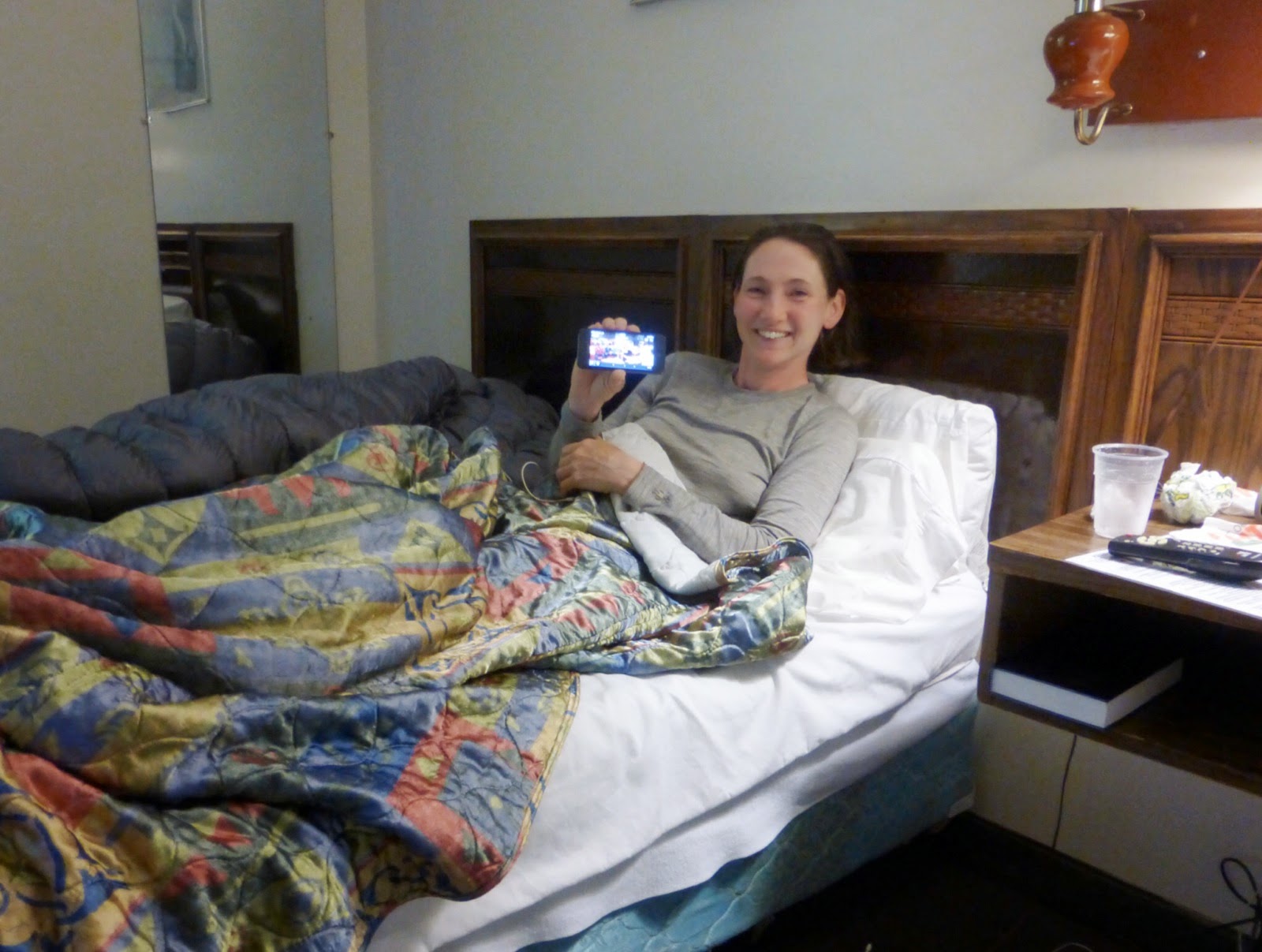 Lounging while it rained outside and a new group of about 20 hikers came in. All confirming that it poured all night and was not a fun day of hiking. We made the right choice! One of the groups was Simba’s group. I had hiked with her a day before Damascus and she’s 19yrs old. I feel a maternal instinct for her and had also seen her the day I left Atkins hanging by a stream with her friends she was working hard to catch. Here is what a true hiker motel room looks like next door to us with Simba and her friends as they attempt to dry out everything. You can’t see it, but there’s a dog in there too. 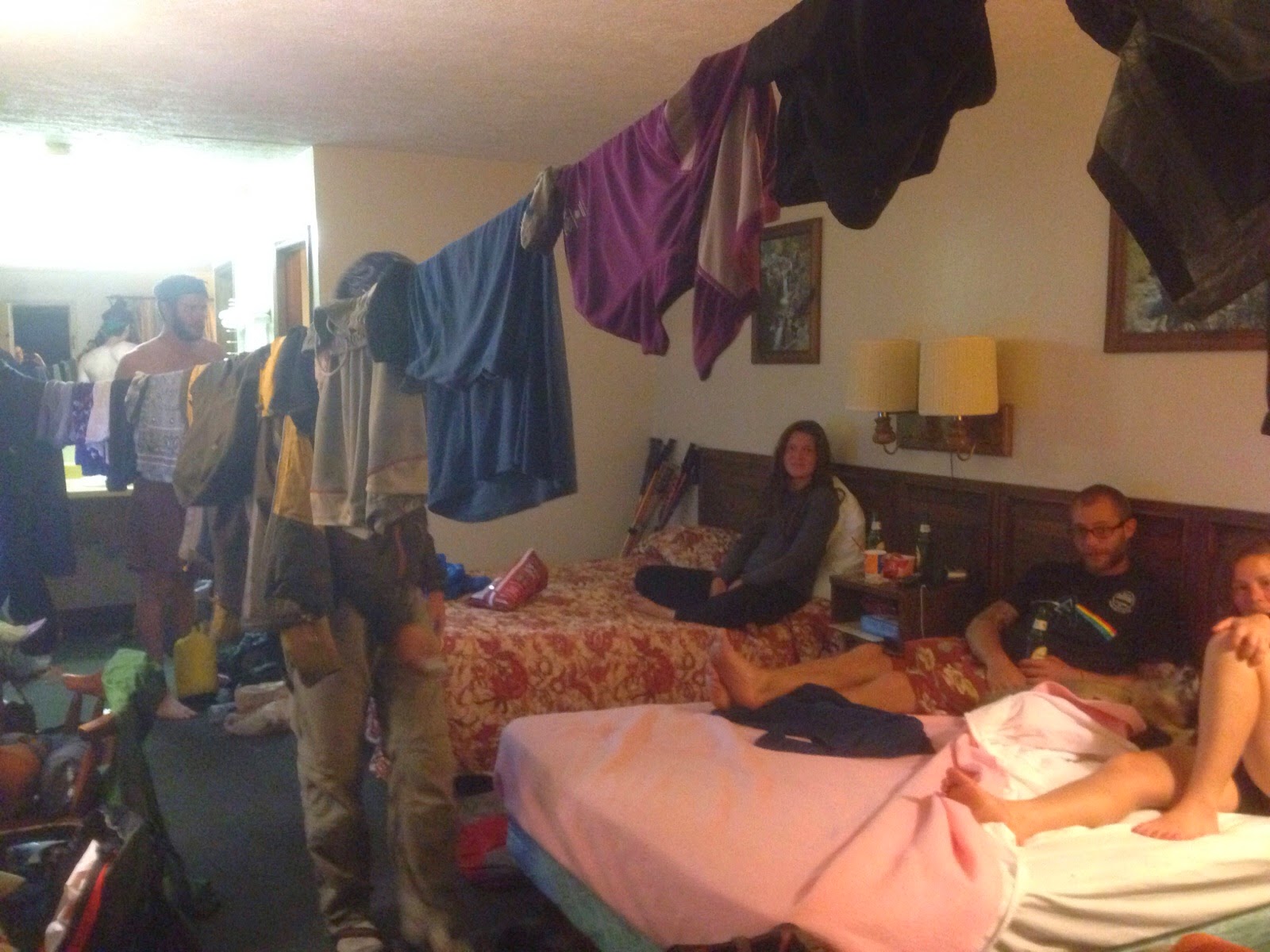 Our plan is to catch a ride from Bubba tomorrow by 8am and go through the next 136mi to Daleville in six days. We both have resupplies waiting another day away from here at Woods Hole that we will swing by and get and then continue on. Weather looks to be perfect not even breaking into the 70s with some showers possible here or there, so we want to take advantage of that. I’m so thankful the real heat and humidity hasn’t come yet! Ferris will try to stick with me for the next leg if his body doesn’t object. We both think we can make it to town the same day six days from now. It’s just a matter of how early and if we space out a bit for some reason that’s ok. Alright, off to sleep in a real bed!