Day 30: From Bland To Boring

Today’s entry may be one of my shortest. There is hardly anything to talk about as it was really uneventful and boring today. Ferris and I left the hotel with the morning shuttle from Bubba. We were hiking by 8am and started off with two other men who also stayed at the motel, Terry and Lucky Moose. We didn’t end up hiking with them and only saw one other pair of women briefly on a climb. Other than that, nothing and no one. Virginia is often called the Virginia Blues because it’s the longest state with monotonous forested walking and few viewpoints. It proved to be just that today. I didn’t even take a picture until the afternoon when we went over a suspension bridge. 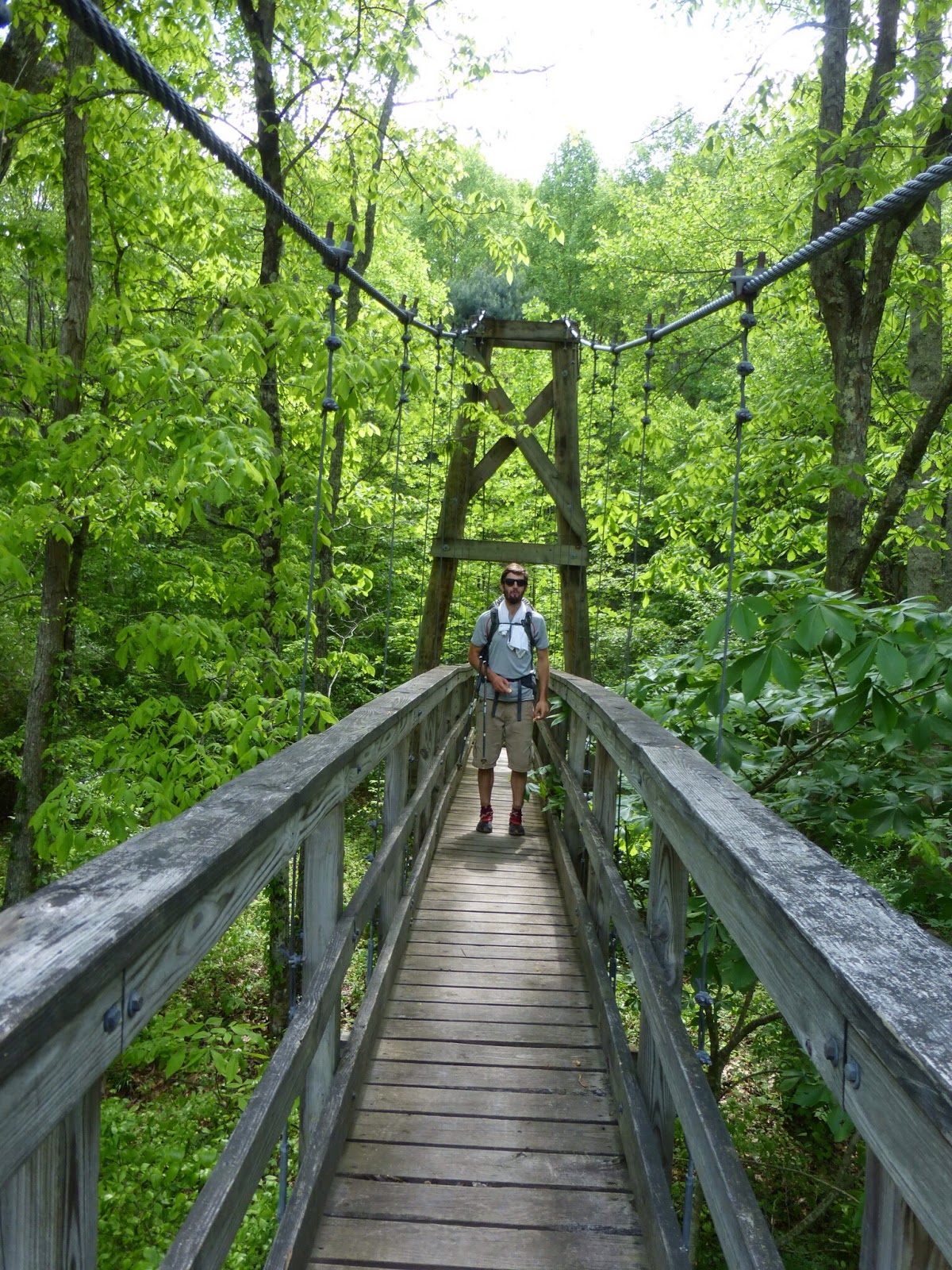 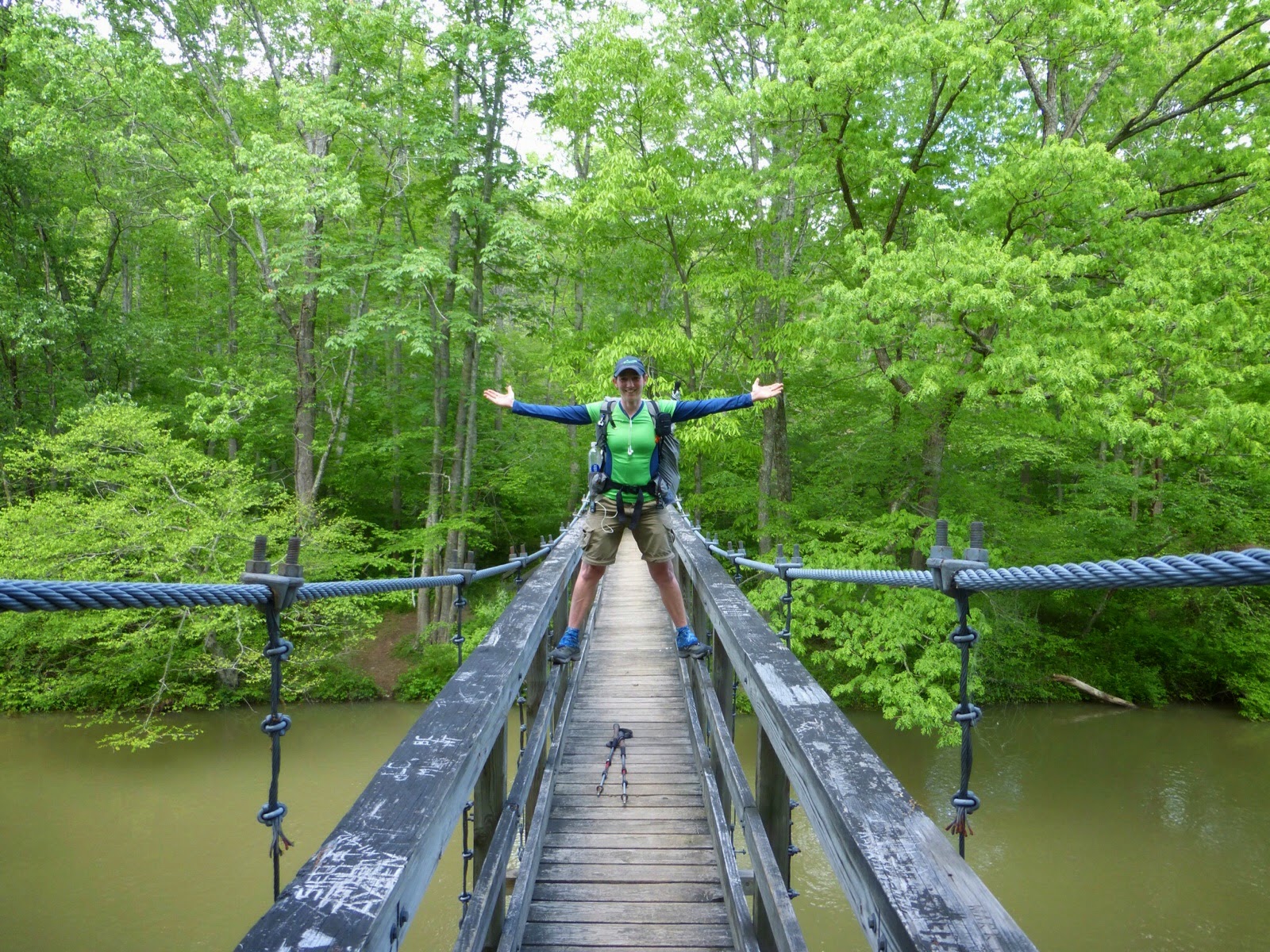 There were a lot of streams and creeks that had swelled with yesterday’s rain. The trail crossed many small bridges and had water running along it the second half of the day. It wasn’t as muddy as we expected. 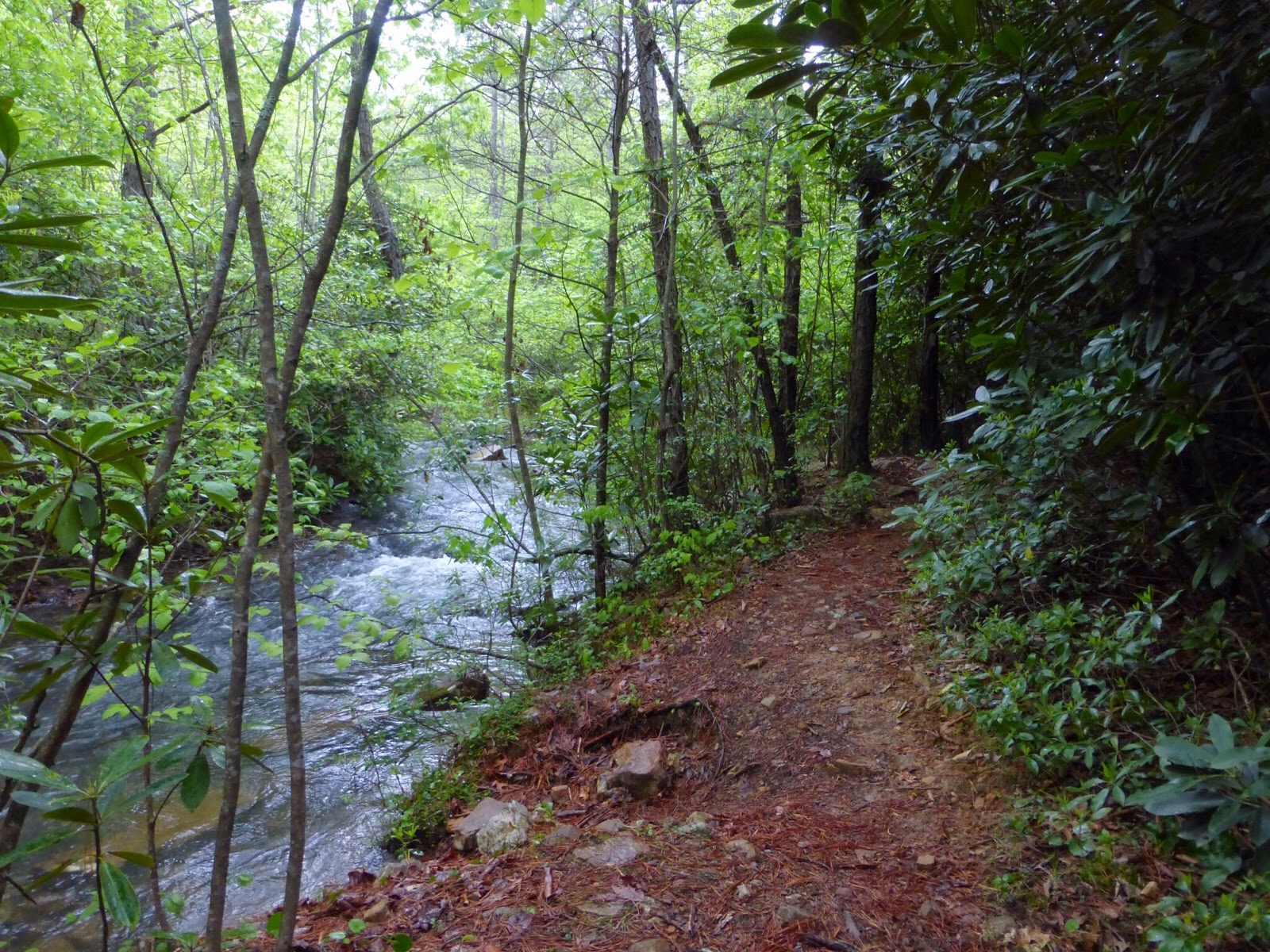 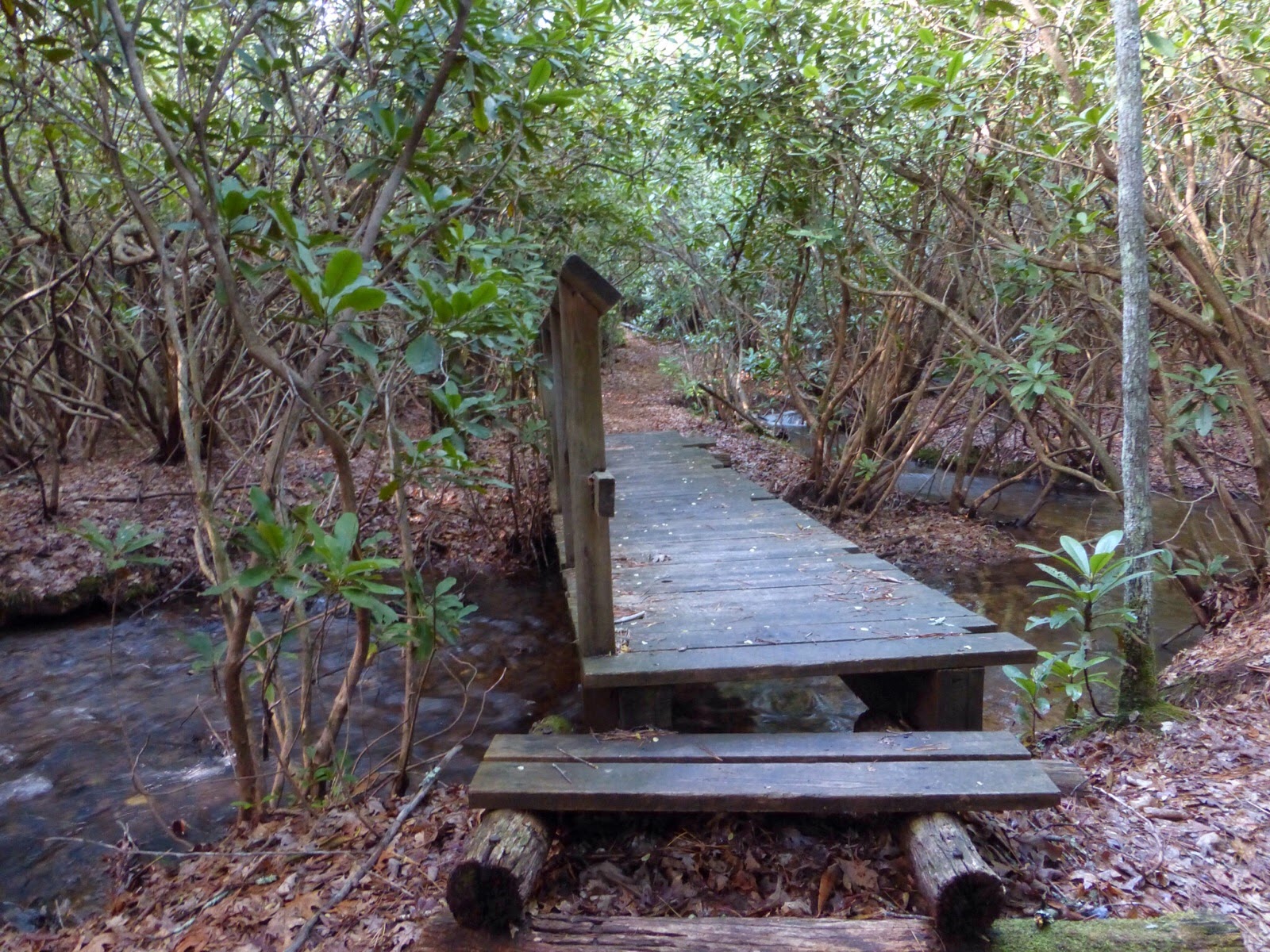 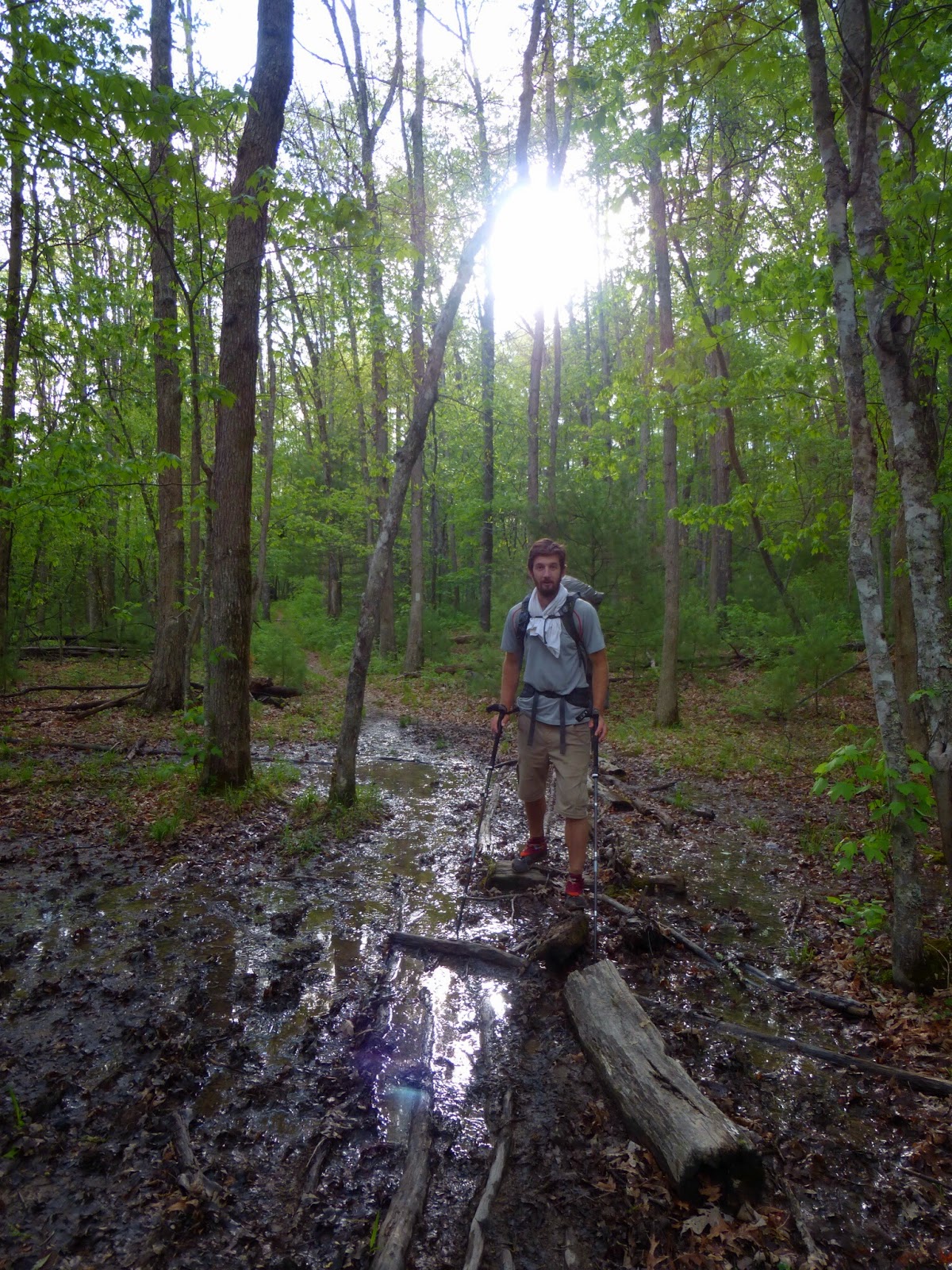 We did cross mile 600. Since this is day 30 for me, that made it easy to calculate that I’m keeping a 20mi/day average including two zeros so far. Nice! 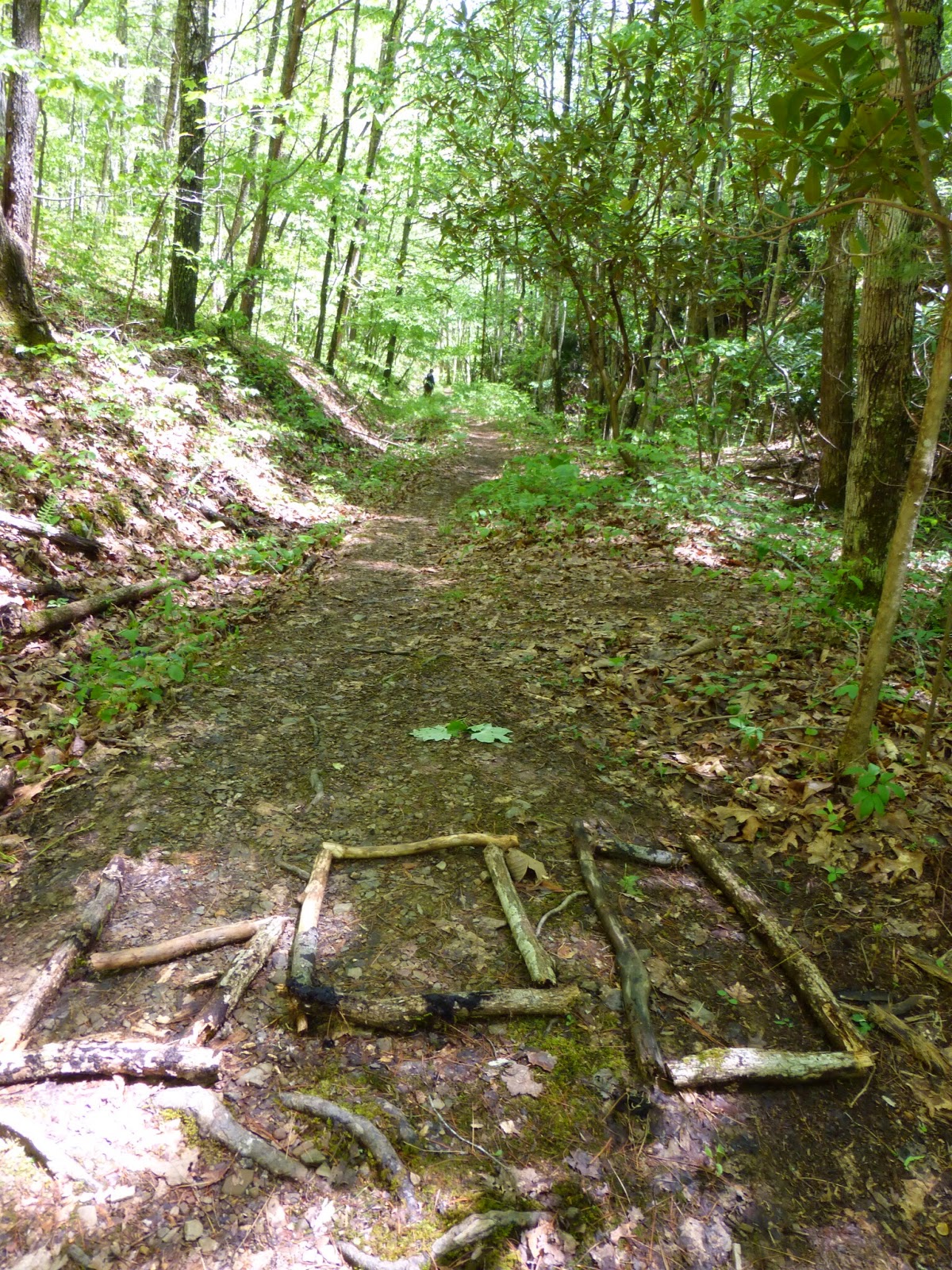 We even tried to entertain ourselves by doing a .3mi side trail to Dismal Falls which was disappointing. The draw seems to be that it’s a good swimming hole more than a picturesque waterfall. It was in the 50s most of the day and was even cold at times. It’s going to be in the 30s tonight likely which is such a change from the hot and humid weather we’ve been experiencing. We left our packs at the fork to the side trail of the falls and it suddenly started to rain as we went to see the falls. We hustled back as the short shower ended arm both of us felt like we were returning on the wrong trail. After wasting 5mins trying to cut off trail to find the AT, we just continued on the trail we thought felt wrong and it ended up being right. I think our minds were just numb at that point. Here is the quick picture I snapped of the falls when it was raining. 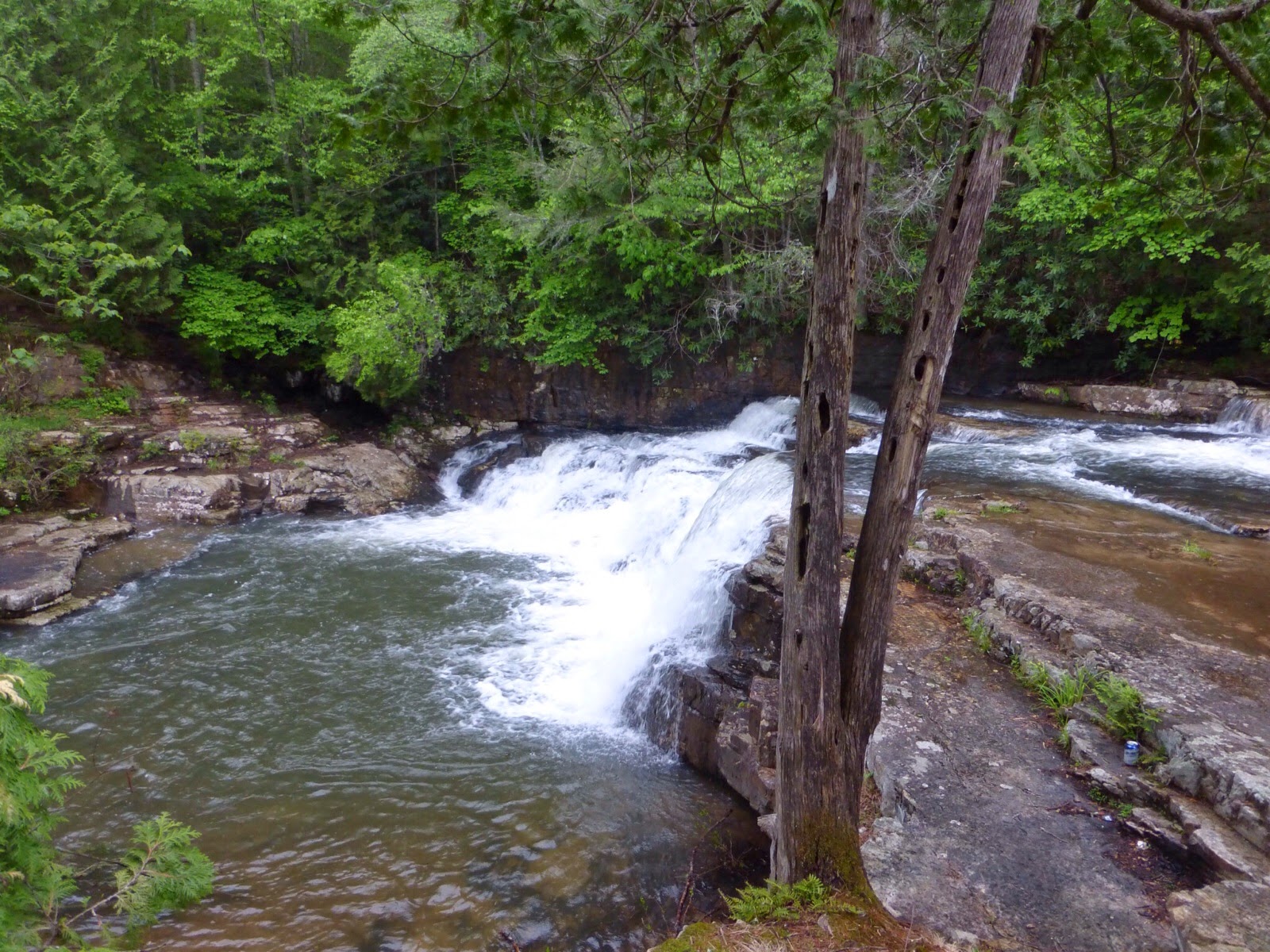 You can see on the elevation chart that the trail was pretty level much of the day. It also didn’t wind much so there was nothing to distract us or pass the time. I’ve been listening to radio, my music, and the audiobook Allegiant (thanks Lauren!), but Ferris doesn’t have any type of player. At the end of the day he looked totally zoned out. He said he was struggling to keep his eyes open as he walked it was so boring and trance inducing. We ended up tenting near a shelter and there are about six other guys tented here too. 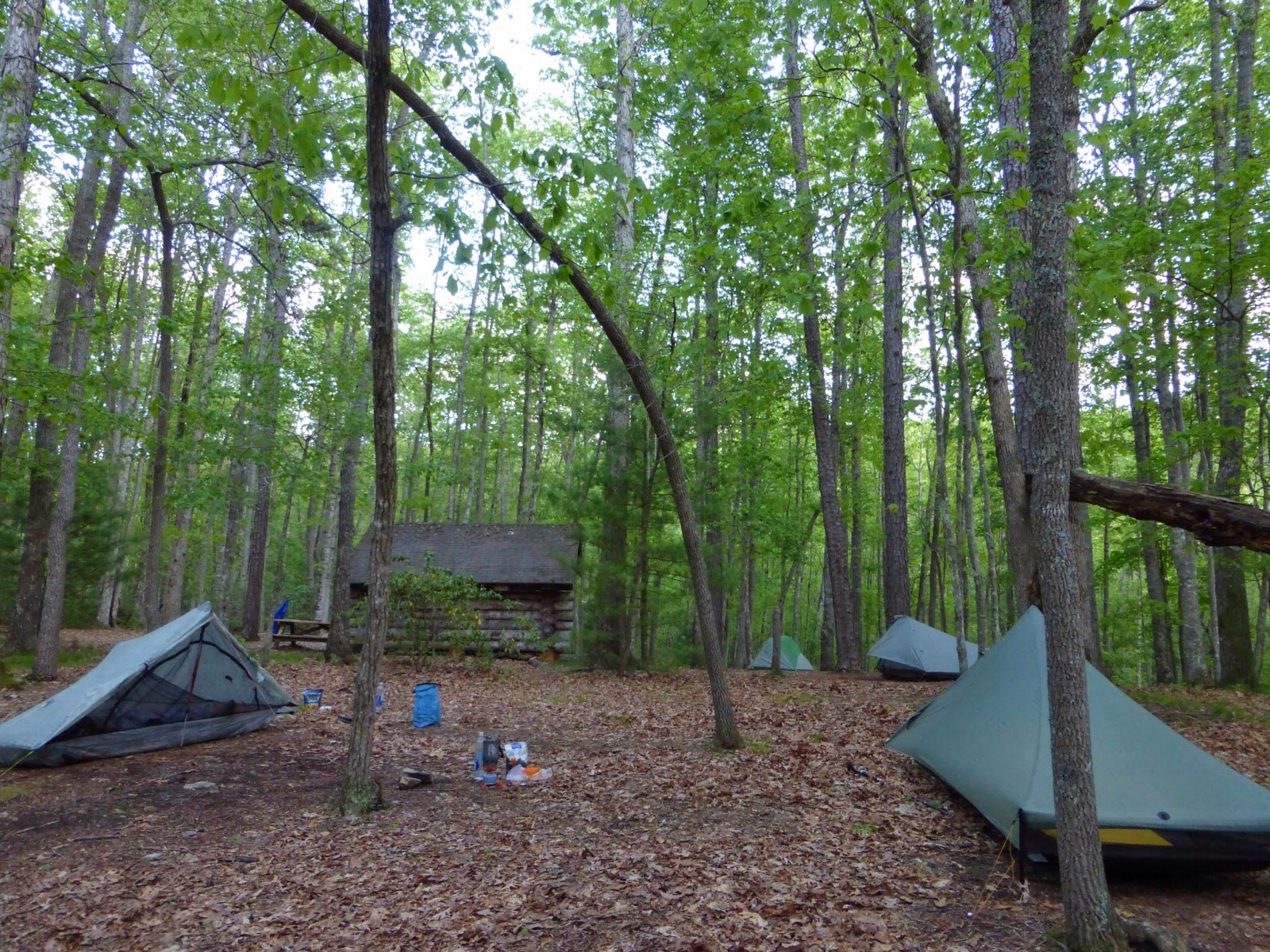 One random note I keep wanting to mention is that Guthook’s AT Hiker App is great to have and I fully recommend it. You will notice that the Virginia portions are lacking with less info and details. Guthook is actually hiking Virginia now and will be adding details in another month or so I just wanted to warn people interested in the app. Okay, that’s all from me today, good night.