Today was thankfully more eventful than yesterday. Ferris and I started hiking just before 7am and it was in the mid 30s. Fortunately, we had a climb to warm us up. Both of us hoped to get phone service going up the hill for different reasons. I wanted my daily blog and email service and Ferris needed to work out some things for his next resupply. We have different carriers and ended up separating as I hiked on to the top of the climb for service and Ferris got service earlier. I waited up top awhile and I left Ferris a note that I’d meet him in a couple hours at Woods Hole, where we both had resupply boxes waiting .5mi off trail. I came upon Tip Toe and Kenny as they were hiking out of camp and hiked with them until my turn for Woods Hole. We met and camped with them a few nights ago. It was perfect timing because it was a viewpoint and Tip Toe snapped a picture for me. 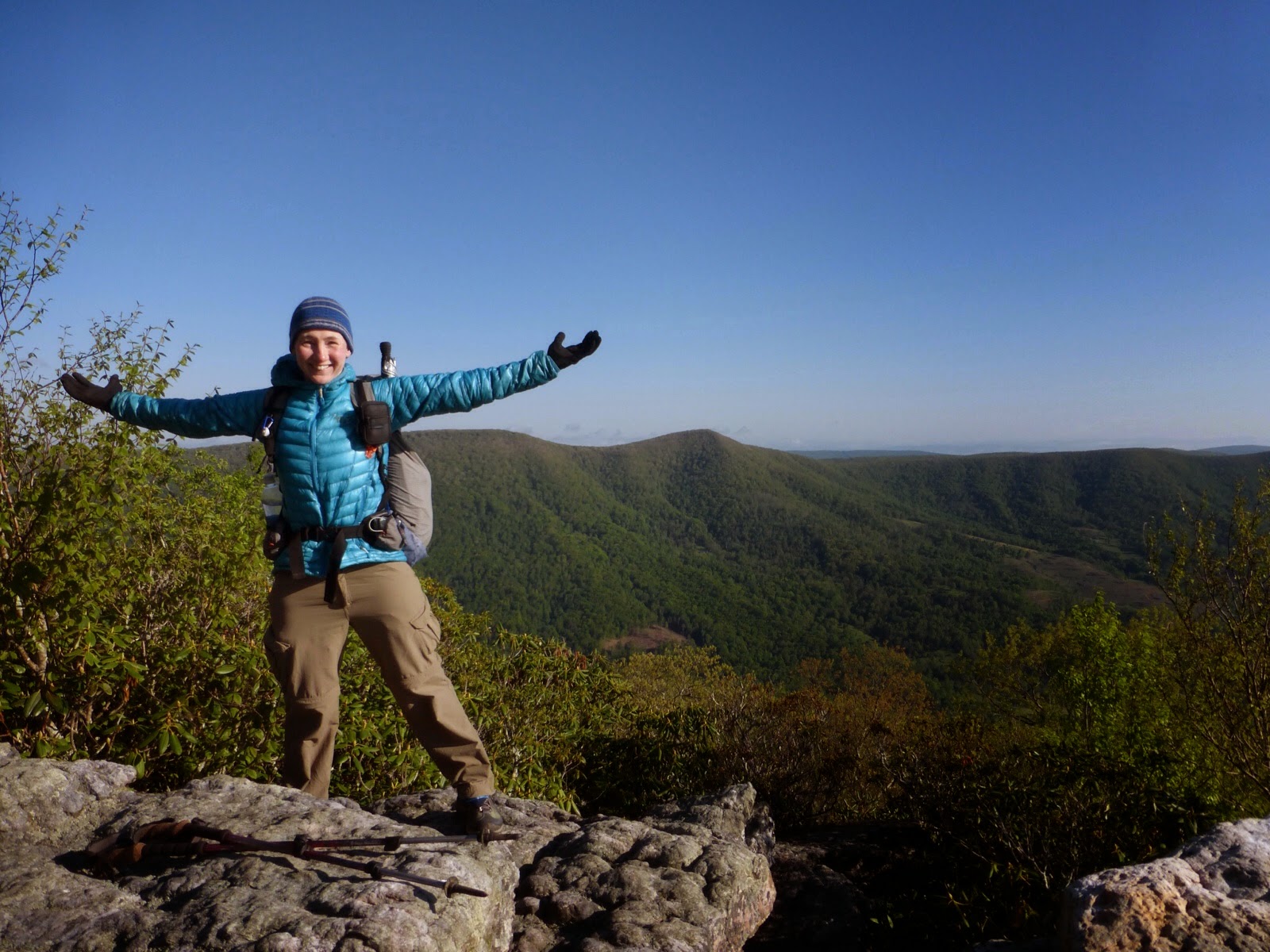 I talked and walked with them for four miles or so until the turn off to Woods Hole .5mi off trail. It’s said to be one of the most unique and enjoyable hostels on trail and I had hoped to stay there, but all their private rooms were booked when I called a week earlier. Then the rain came and we took the unplanned zero, but still had to get our boxes we had sent there. The place is somewhat of a retreat place that is very relaxing with yoga, meditation, massage, and communal meals consisting of many of the things they grow there. Guests are encouraged to help with preparation and upkeep. I took a few photos as we were there for a couple of hours doing our resupply and getting organized. It would have been nice to stay in the private rooms. There was a big porch with plenty of comfortable swings and places to relax. The privy(outdoor toilet) was even quaint with windows, curtains, and mini drawings/paintings on the wall. The hostel was little too rustic for me with an open kitchen area and mattresses to sleep on the floor, but many like it. 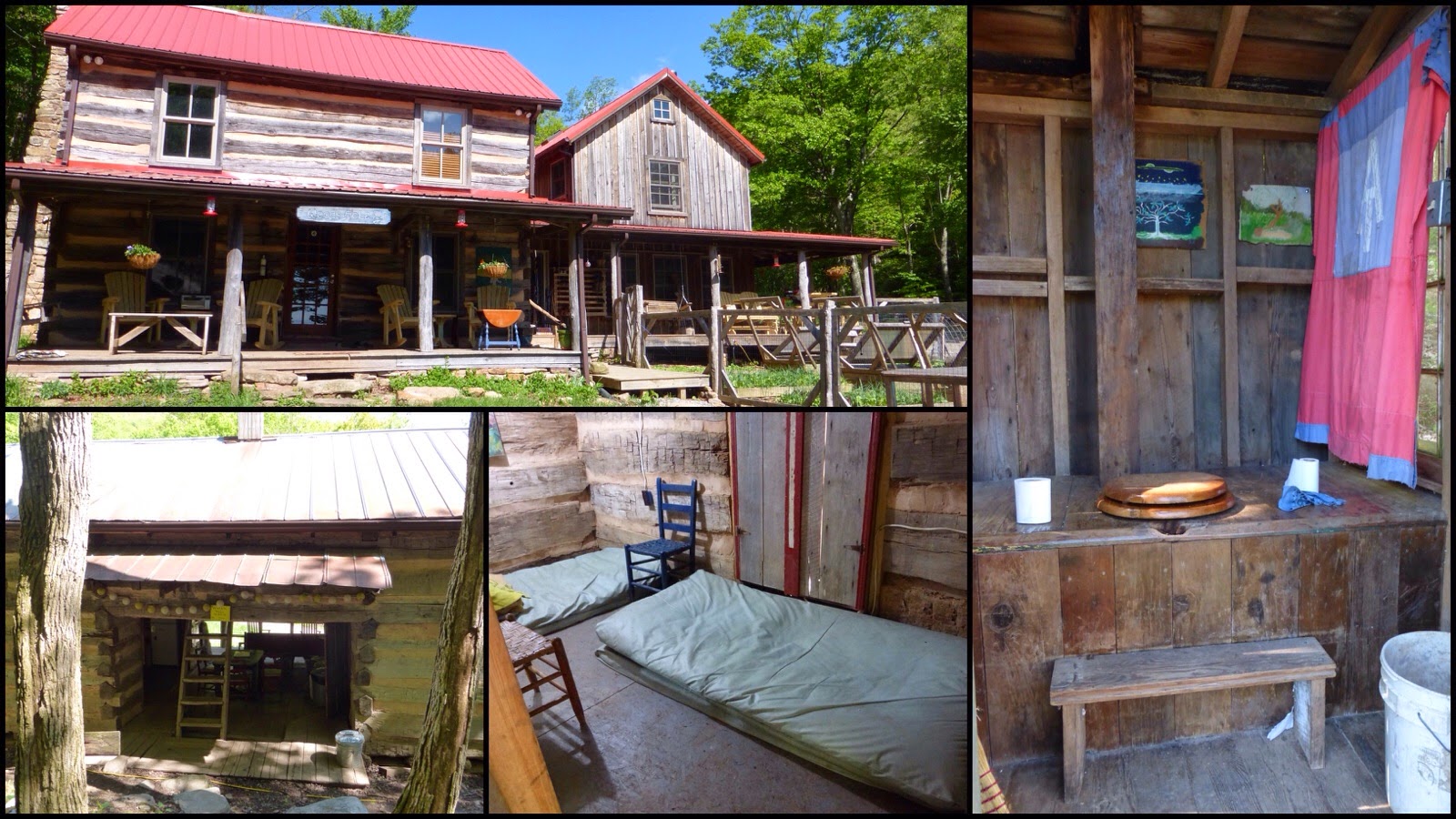 They were really accommodating and even let us send things ahead to our next town that we didn’t need. With the zero we just took and the fact that we are hiking faster than expected, we both had a lot of extra food and it was nice to be able to send it ahead to the next town. Ferris’s mom is still learning that hikers should only be sent what they can carry. This is what Ferris got when he asked for shampoo. He’s holding what he had hoped for. Ferris also had another tube of travel toothpaste sent and has accumulated four I the last few resupplies. Ferris would also like to take this opportunity to quote a Ferris Bueller moment in which he says, “I asked for a car…I got a computer.” He’s very thankful his mom is helping and we got a good laugh over the shampoo bottle. 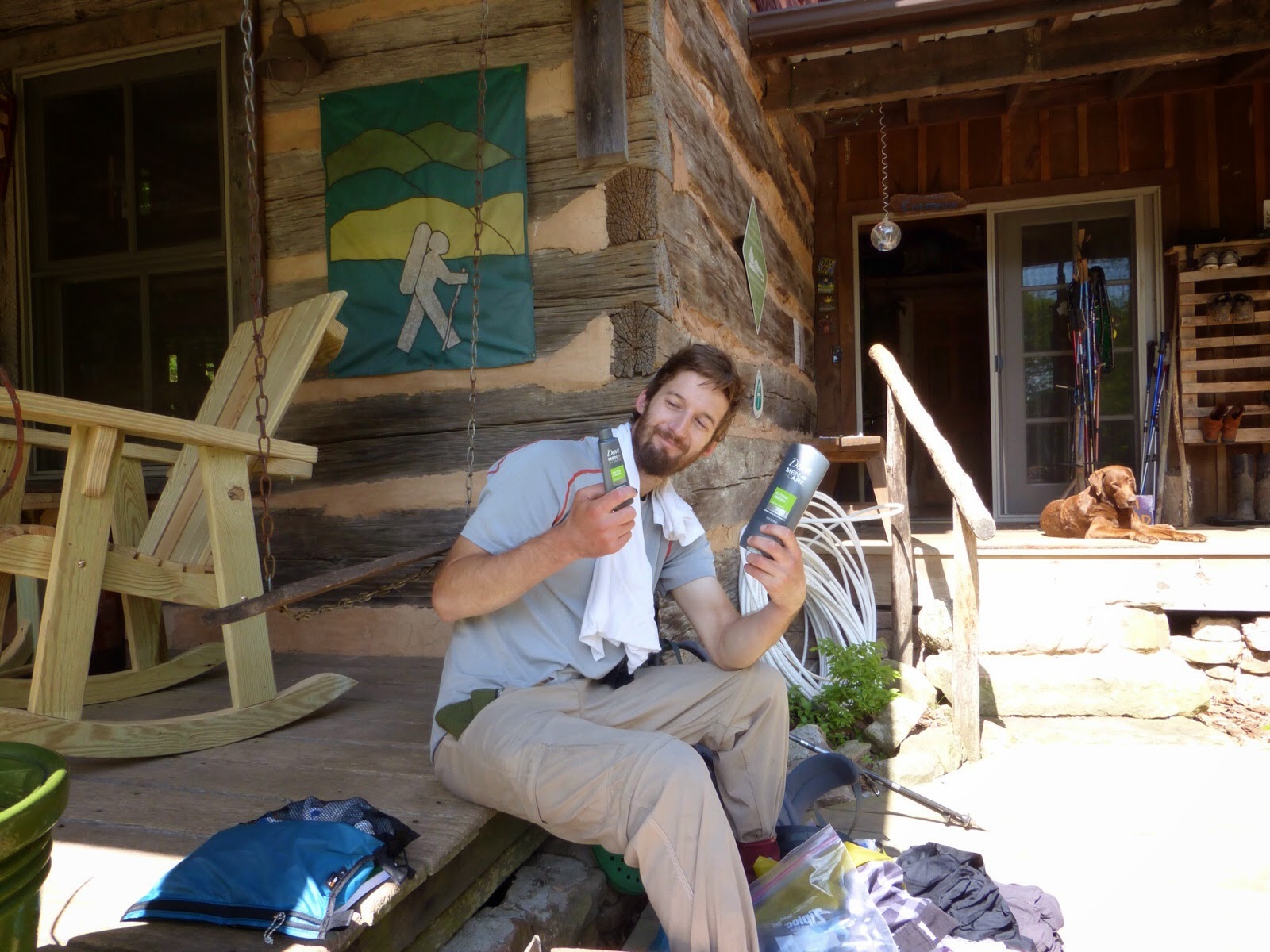 By the time we left, it was noon and we has done 7mi (8mi considering Woods Hole is .5mi off trail. I’m having to accept that on these resupply days, there will be less hiking. Time just goes by fast. We hiked up and in less than an hour came to a viewpoint that we couldn’t pass up for lunch. It was great and we even got to watch what we think was a turkey vulture come and go. It was huge! I couldn’t get a flying picture, but the wingspan was impressive. Just what we needed after the uneventful day yesterday. 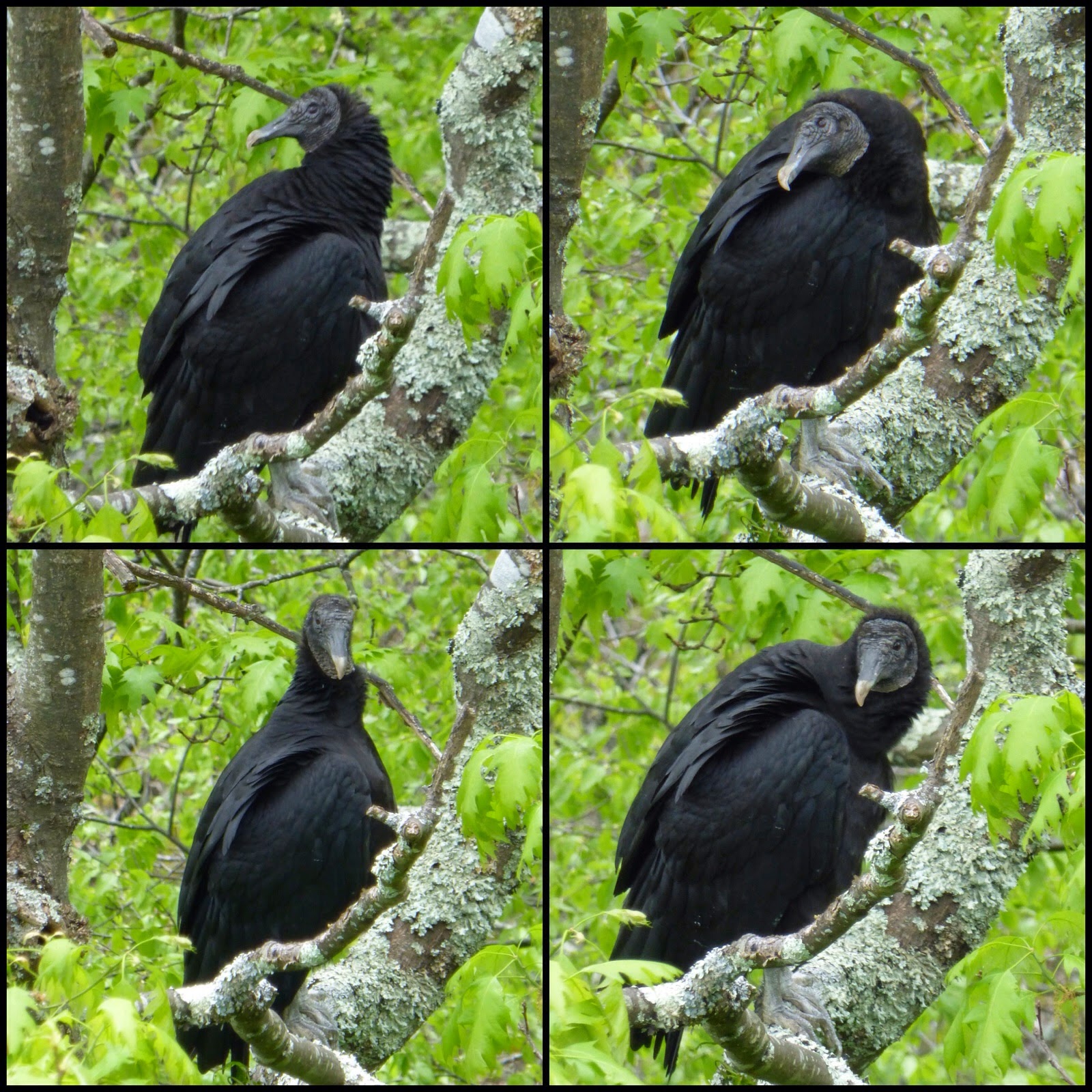 The rest of the afternoon was fairly level and stayed high getting to rock outcroppings every so often with views. There was a popular spot that had some fun rocks too. It was nice. It was also slightly cold and great weather for hiking in the upper 40s most of the day. I had my rain jacket on a lot for warmth and used my gloves a lot. 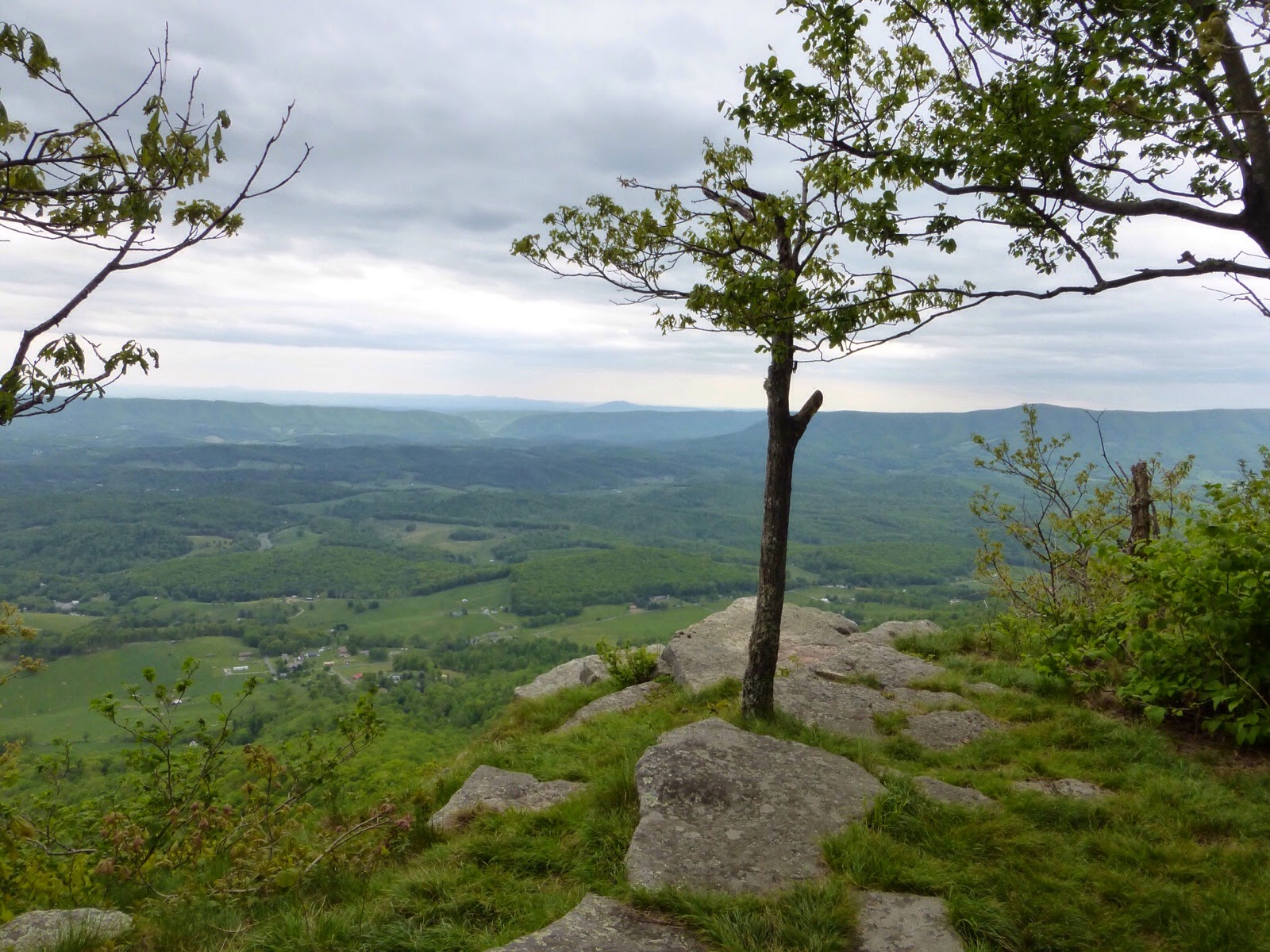 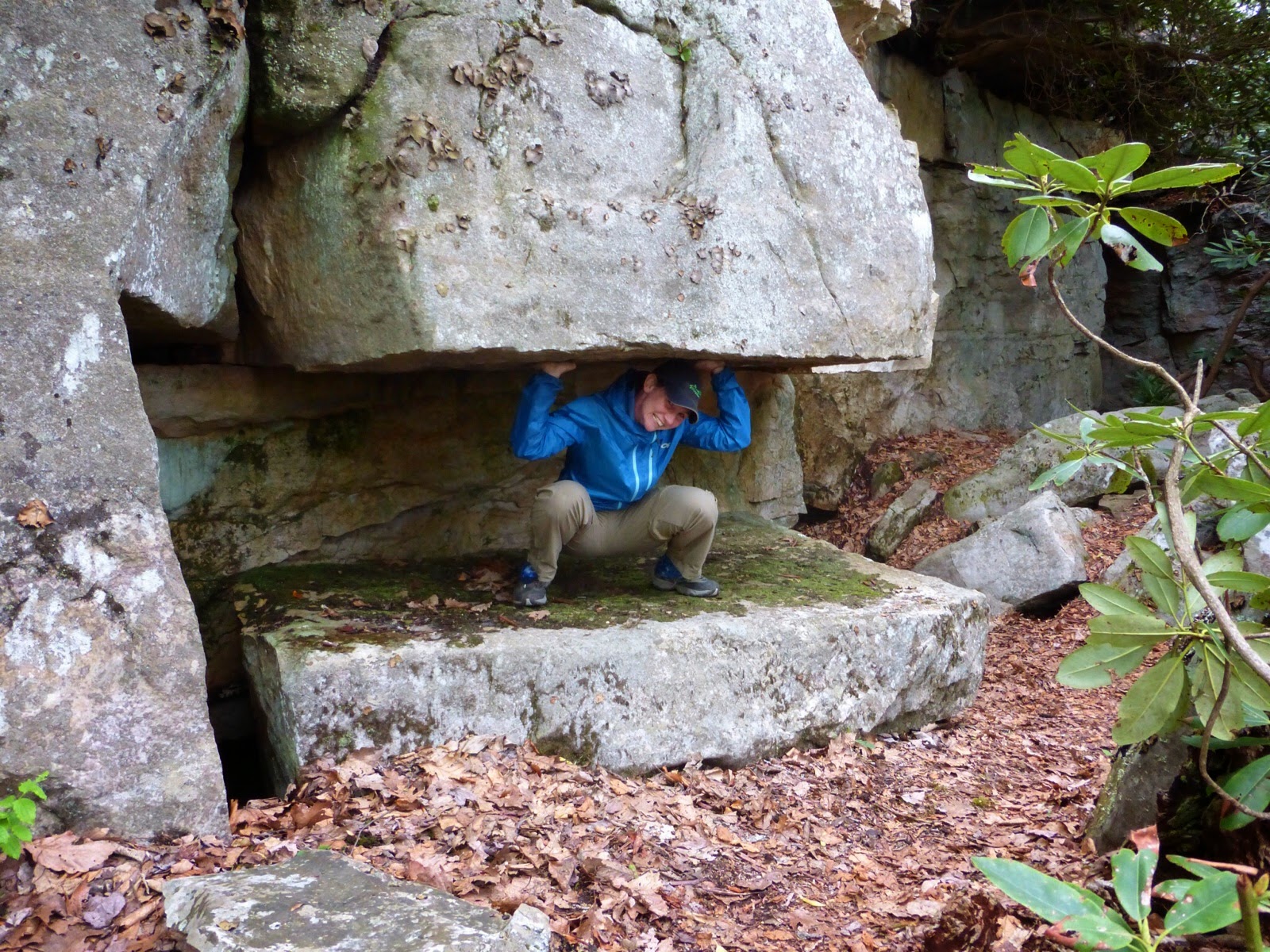 Towards the end of the day, we went through the town of Pearisburg and it was pretty industrial and felt yucky. The smell was pretty bad from surrounding plants or factories and we walked along the highway for about a mile. Both of us were glad we weren’t alone as due trail crossed many dirt roads near homes, warehouses, or some kind of construction. What topped it off was the landfill sign. We were happy to be hiking through and not stopping here. 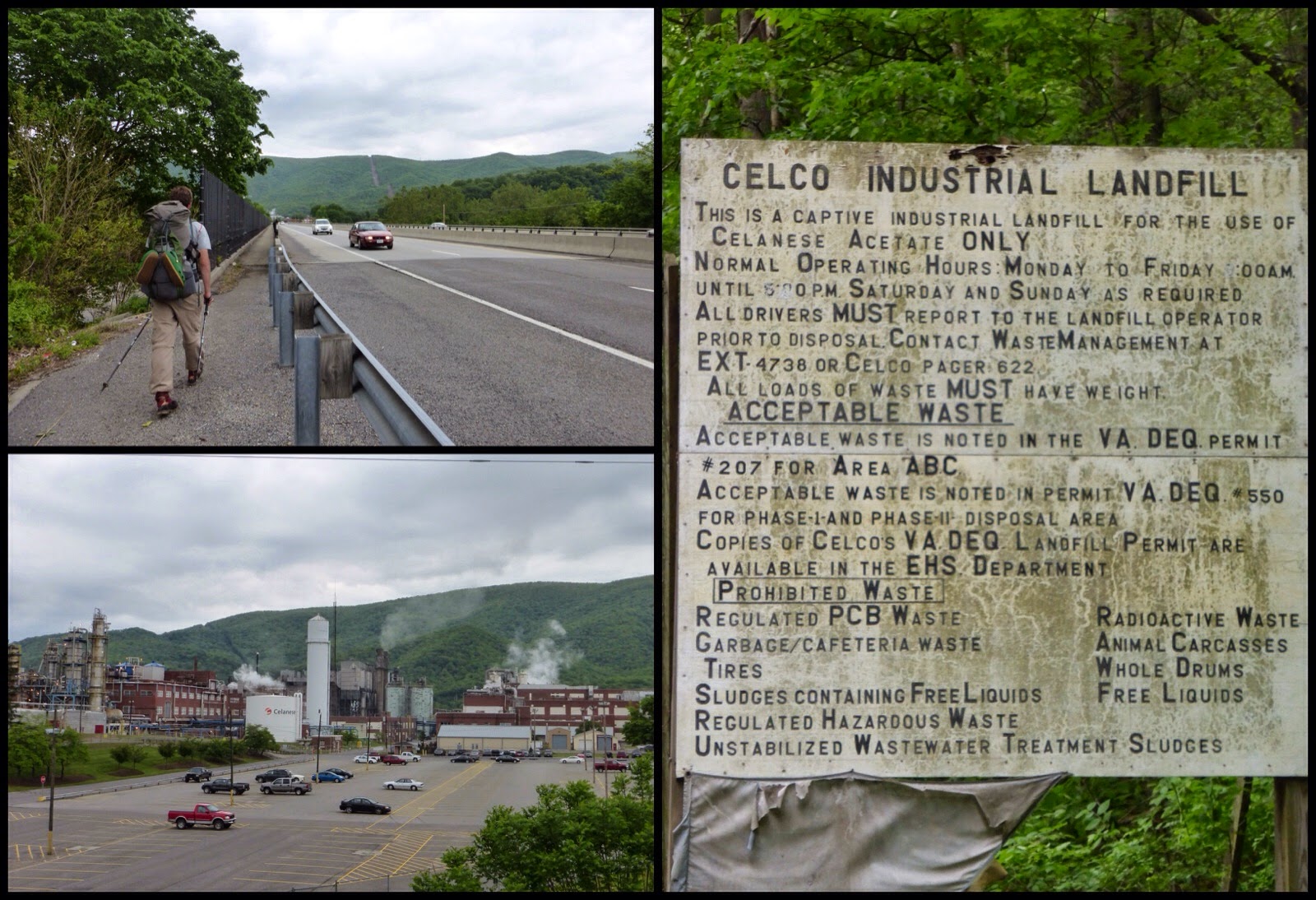 At lunch, we picked a campsite that was in the guidebook that seemed to land us at camp between my preferred 6-6:30pm camp time. Long story short, there was a note of a possible reroute that may add distance and it had to be at least a mile longer because we didn’t get to camp until 7pm after a steep uphill we proudly attacked. In the middle of the climb I think I spotted a small bloom of my first mountain laurel sighting! 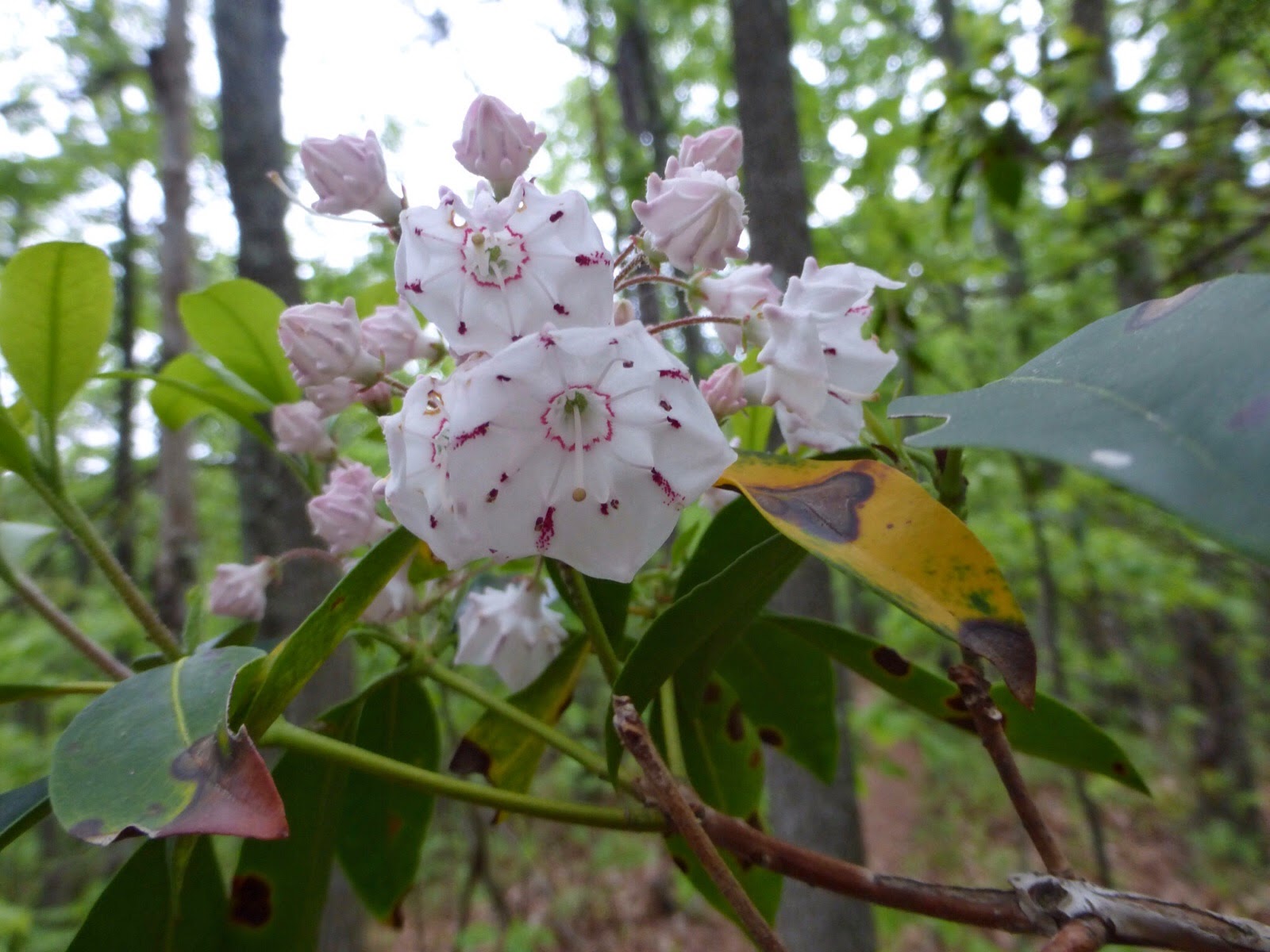 The app I have is also saying the site is .5mi further, but the site matches the one described in the guide, so we played it safe and stopped for the day. We know we had to have hiked more than the guide and app says, but I still just wrote the mileage from the app. I have excellent service, but it’s already after 10pm, so no shows tonight. We are going to hopefully stop earlier tomorrow. It’s cold again tonight around 40 or lower. So happy to have my soft sleep socks, Mountain Hardware Ghost Whisperer jacket, and warm ZPacks sleeping bag! 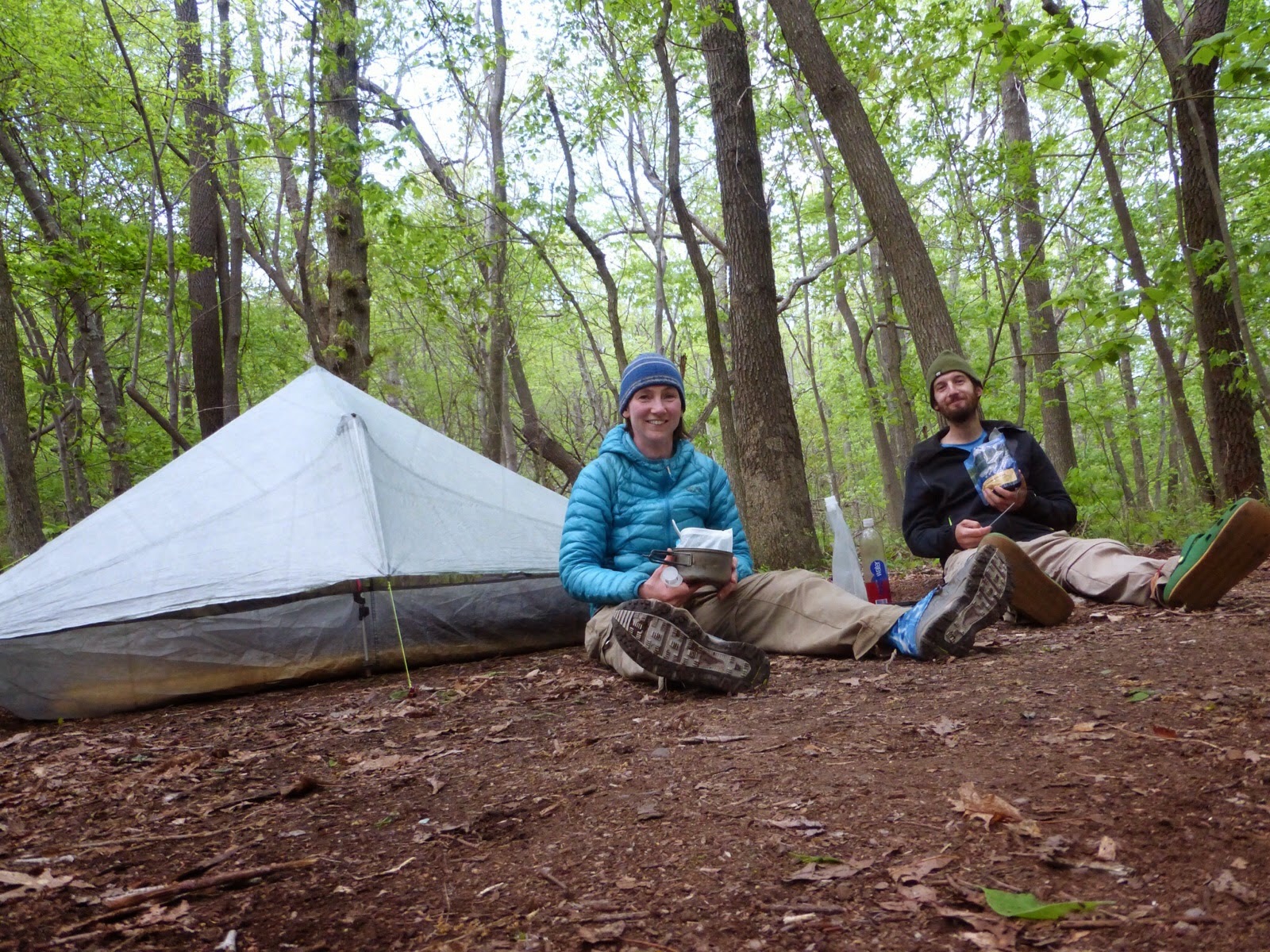