I was better physically today than yesterday, but I’m still just worn out. I’m looking forward to getting to town tomorrow. I’m pretty tired right now, so this entry won’t be too detailed. I got my regular 7am start and was thankful for some downhill that was quite shaded. 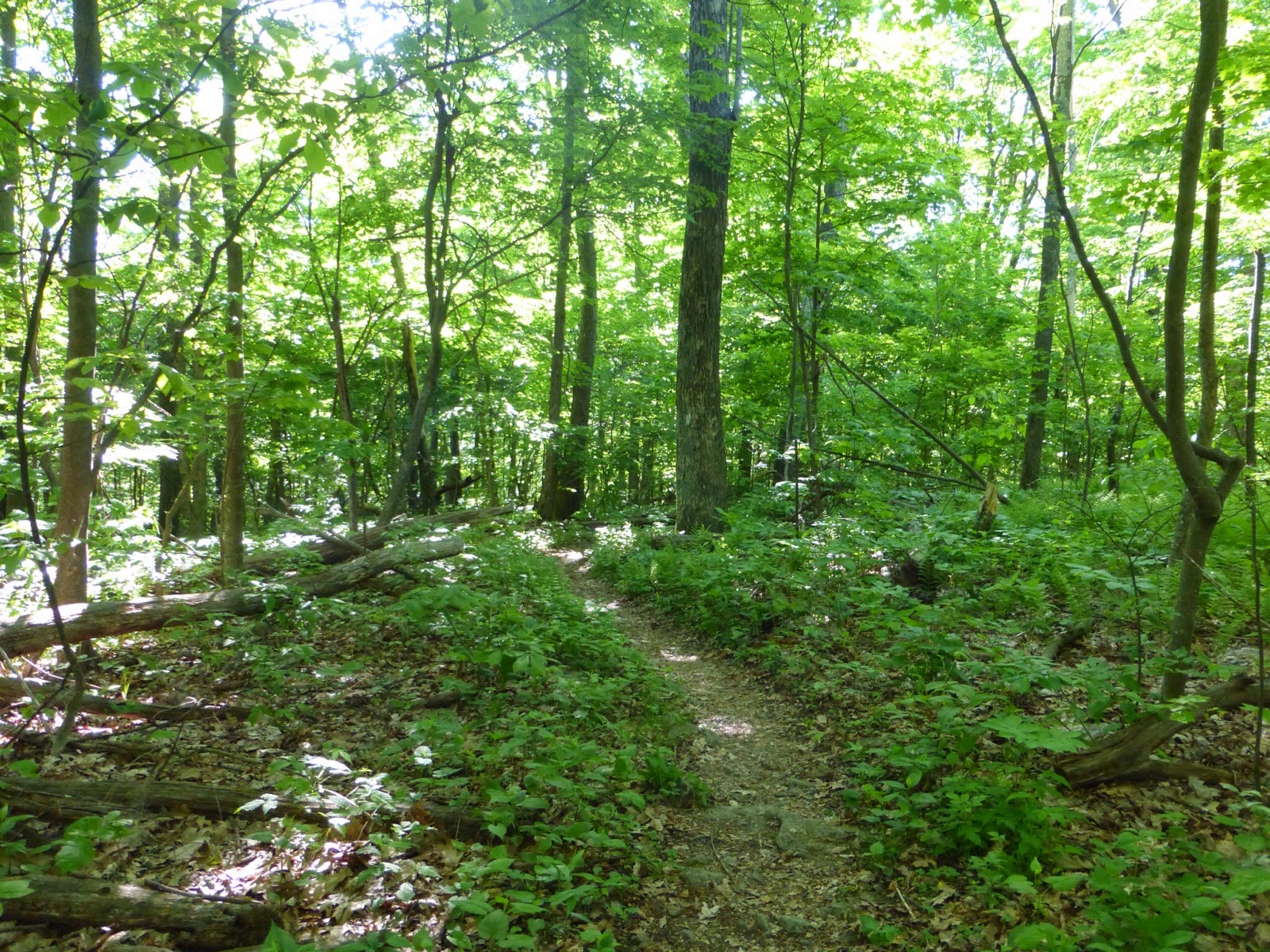 It was pretty warm today in the upper 80s and hardly a breeze. The one climb in the morning was up to the top of the Priest. I overlapped with a lot of hikers this morning until we all spread our after a few hours. I was happy to meet three solo women one right after the other. It just seems like I’m hardly ever meeting solo women hikers out here and it was fun to meet them briefly. One was named Wrecking Ball and she was taking a break on what we think is Priest Rock. 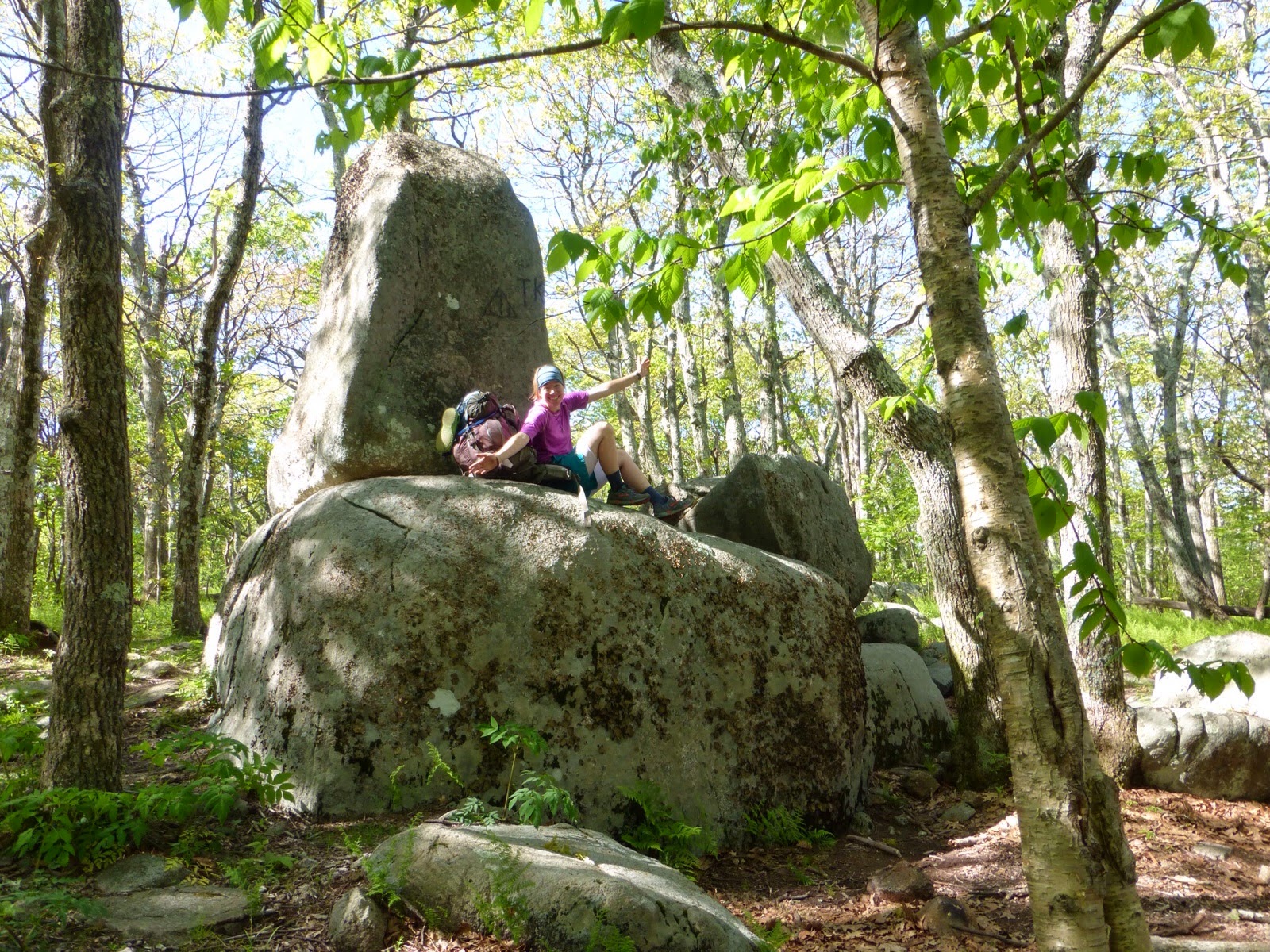 Then I was able to get a picture at the top of the Priest. 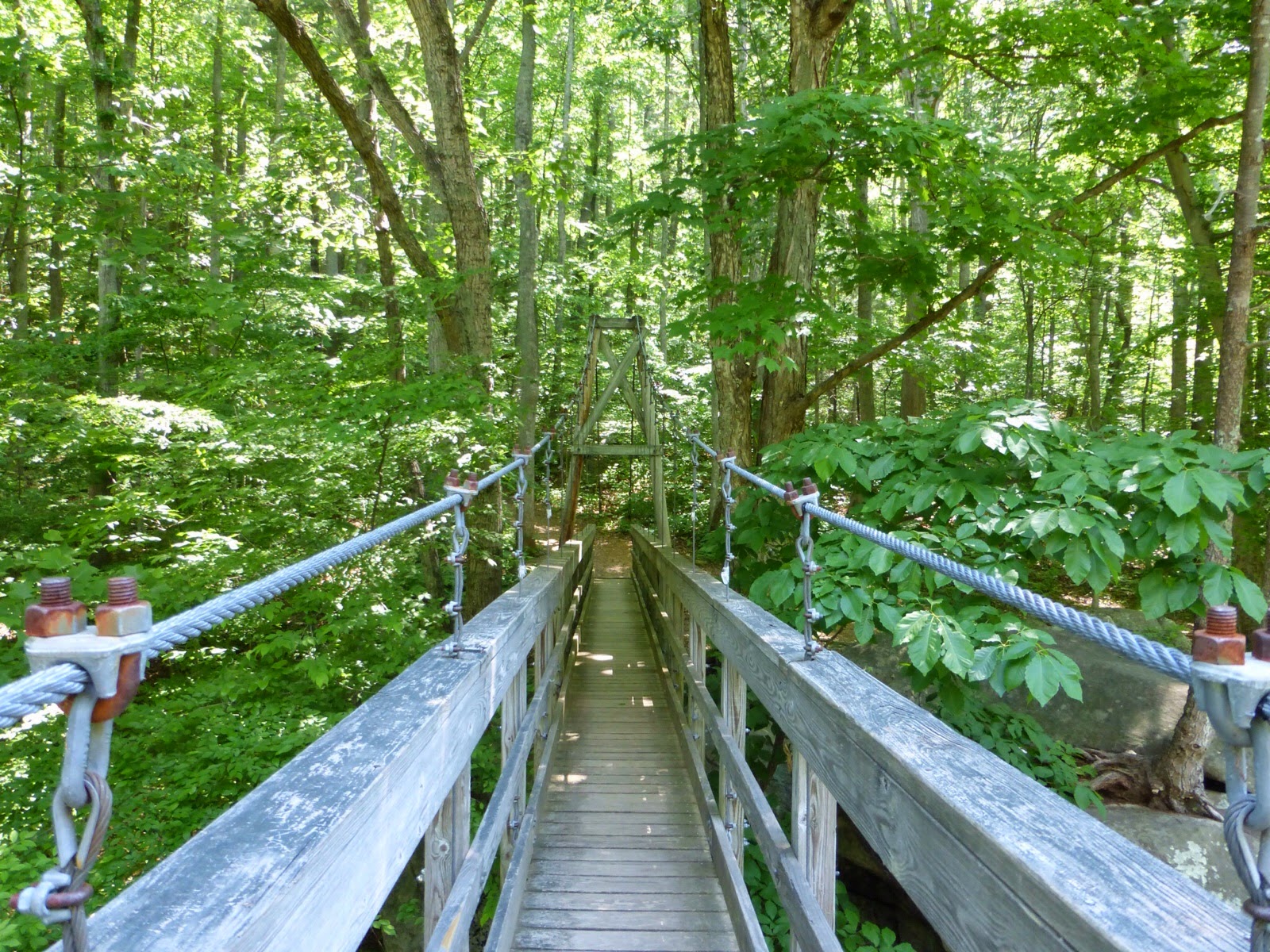 I was alone at another viewpoint and had a failed attempt at a delayed photo that came out funny. I wanted to get a picture up for my cousin Harvey having back surgery and thought this would make him smile since it’s a little off kilter like his back. Enjoy Harvey and good luck! 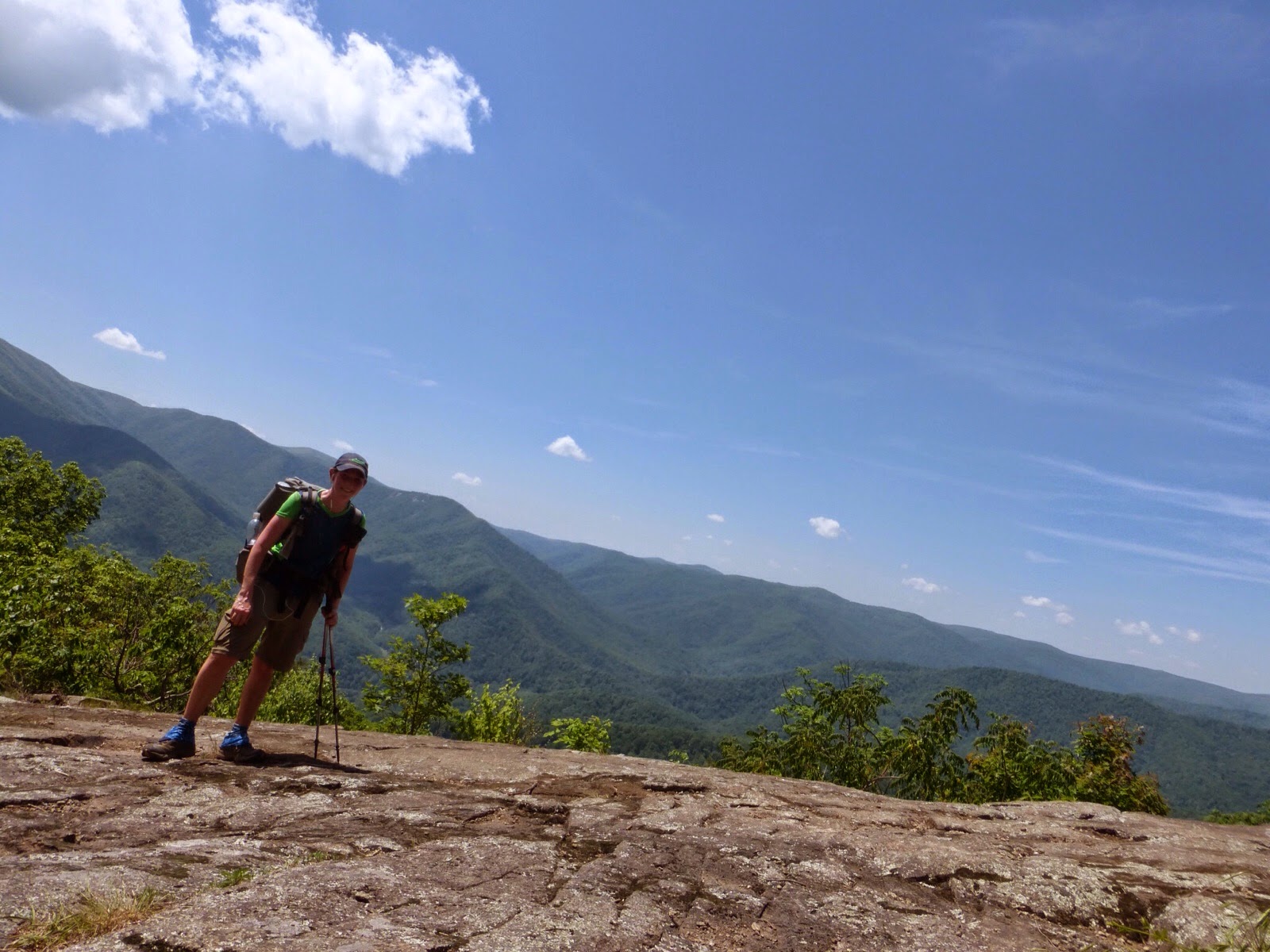 There was a long climb up Three Ridges Mtn in the afternoon that wore me out and I even stopped halfway for a break I was so tired. I leap frogged with a young hiker named Coyote and he was having issues with shin splints and his achilles. He would fly uphill and hobble on the down. He’s pushing to town to see a doctor. I also saw two other hikers he knew for a bit, but was mostly alone. Nothing really to mention other than that I’m worn out. Music has been helping a bit and I started a new book called The Road by Cormack McCarthy, but only about 30mins of it. The climb was arduous with many rocks today. Again, I was dripping sweat. 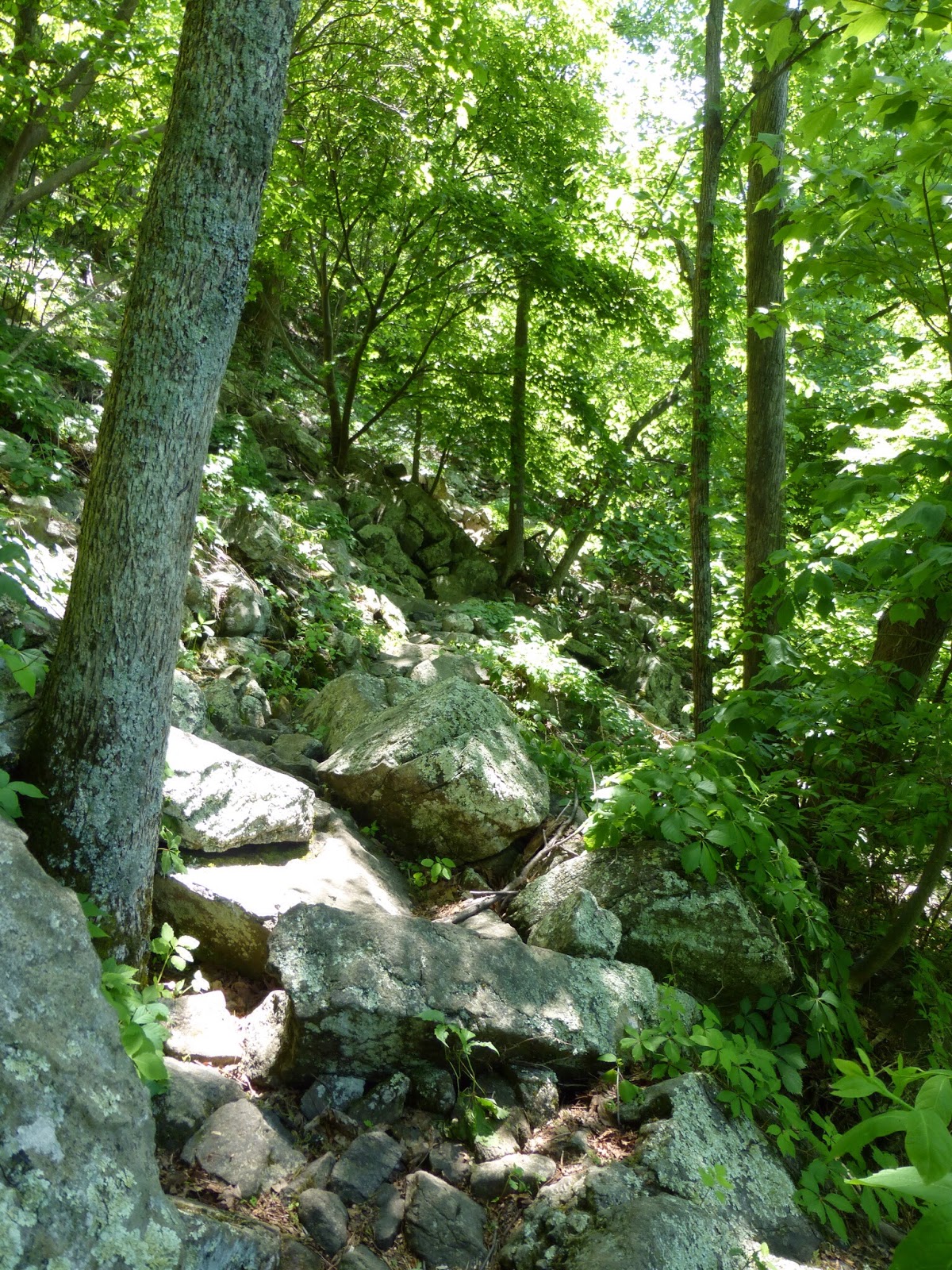 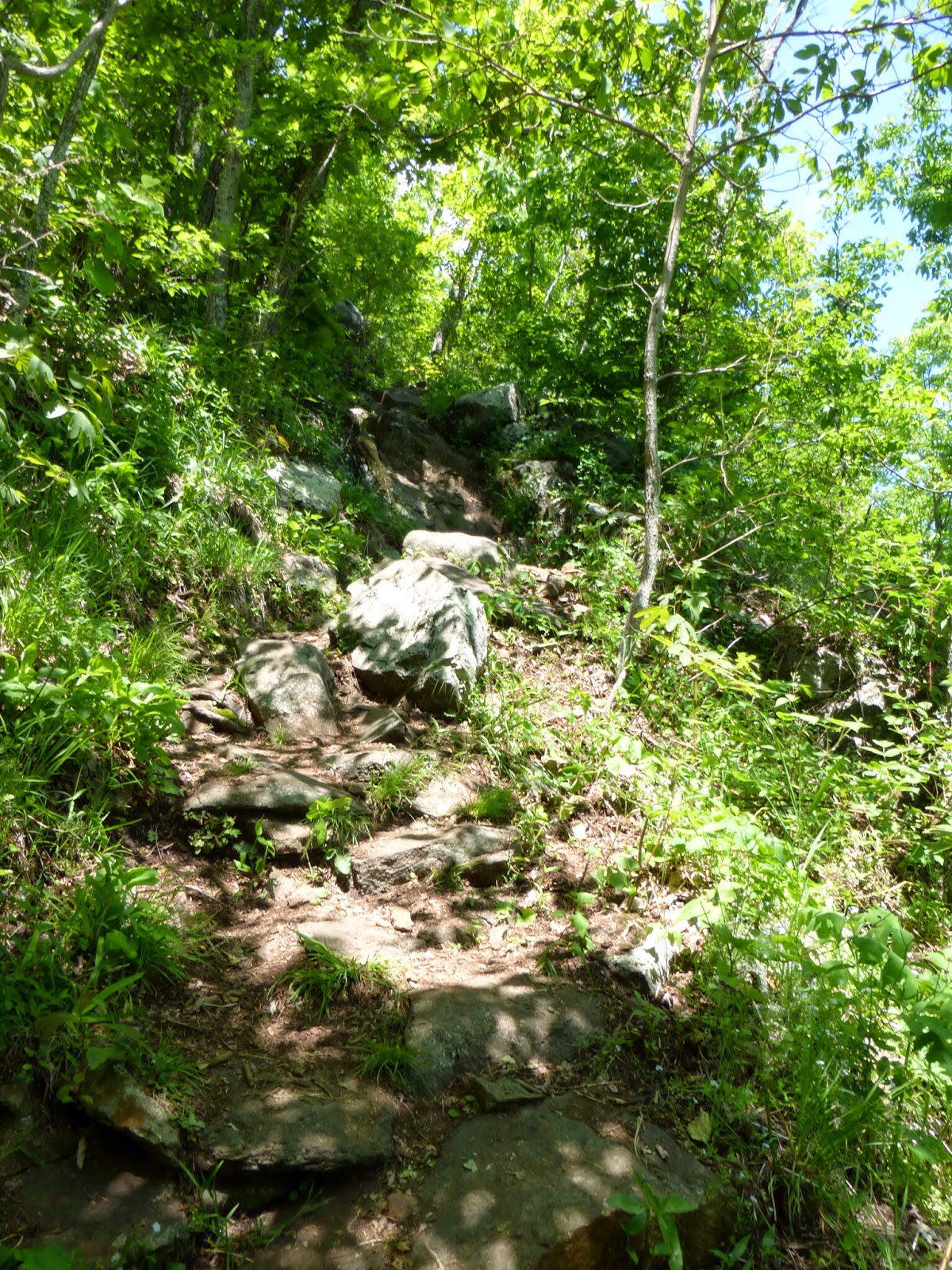 At the end of the day I grabbed water at 25mi into the day and the guide said the next official campsite was almost four miles away. I did not want to go that far and just figured I’d take the next good spot I saw which is difficult today with all the rocks and high brush. 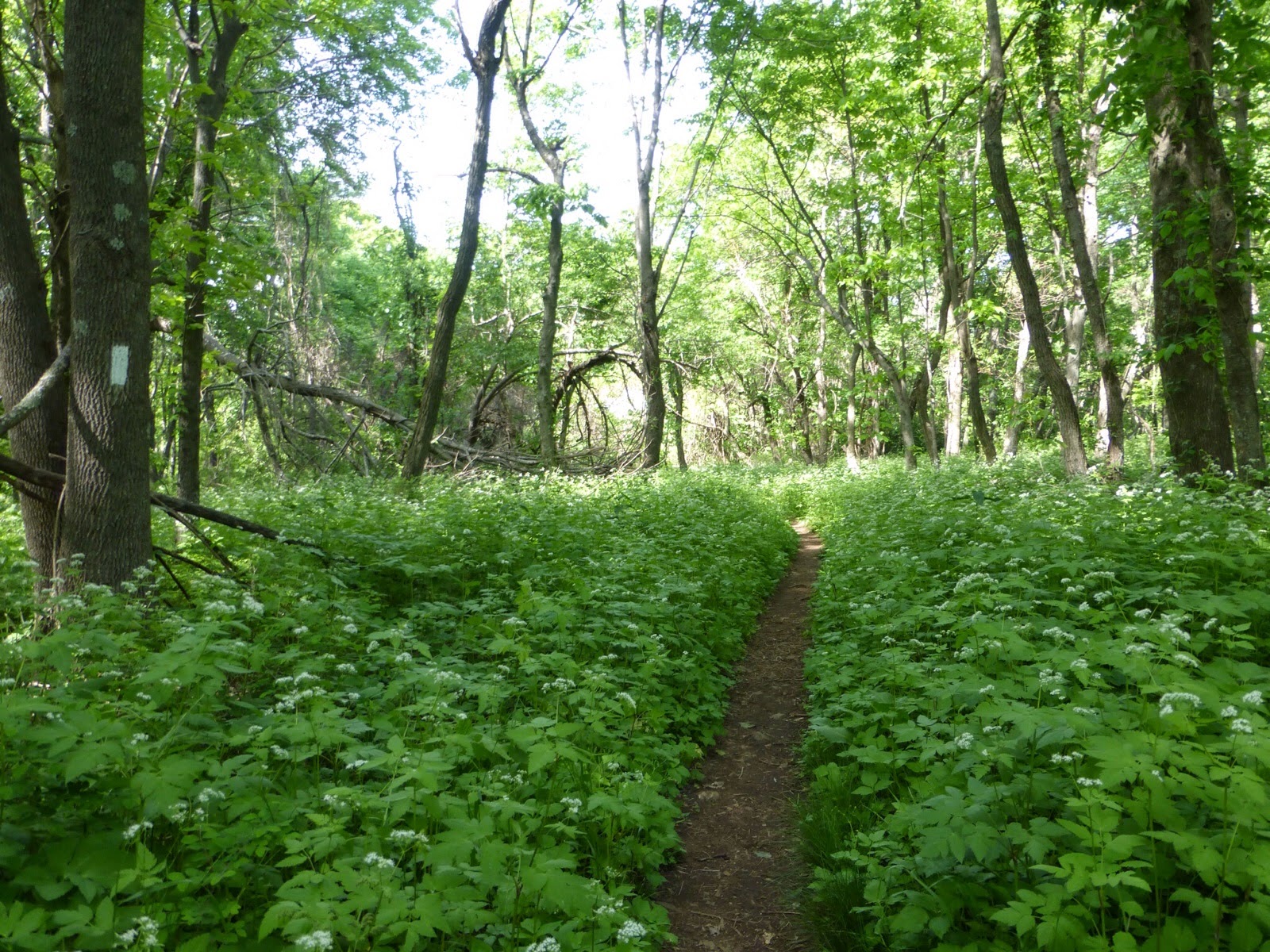 I finally got phone service as I’ve been trying to call my friends who I hiked with on the CDT who were together for the weekend. For those of you who followed my CDT journal, you’ll enjoy this. Drop-N-Roll was visiting LoveNote and Burly(yes, they now live together!) and their dog Huckleberry that they saved as a stray at the end of the CDT. We talked until I walked up on and AWESOME campsite on top of Cedar Cliffs. The rocks of the cliffs are the actual AT. I Skyped with them so they could see the site so here they all are. So great! 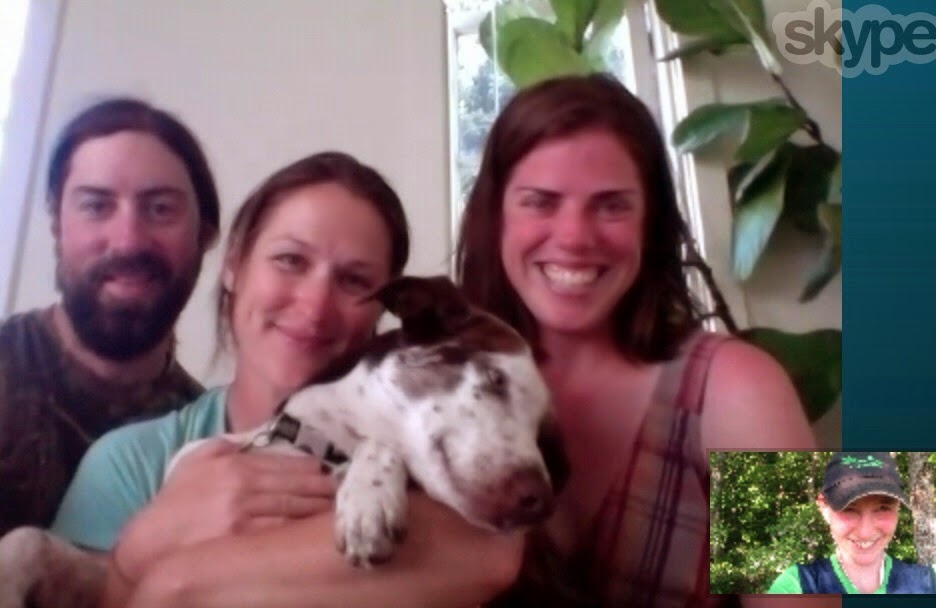 I was so happy to have such an amazing spot to myself. At 8pm the two hikers I’d met earlier walked by and informed me that I must have missed the no camping sign just awhile back. Oh man! I knew it was too good to be true! Somehow I totally missed it while I was on the phone and there are many well worn spots all around me so this must happen a lot. I feel really bad about it and I’m sorry! Here’s the picture of the sunset. Pretty awesome!

Coyote came by at 8:30pm and was really wanting to camp here, but needed to get closer to town. He also didn’t see a no camping sign, so I don’t feel so bad. I’m 15mi from town so I’ll be there in the afternoon to get my town chores done and crash!