I really wanted to get to town today and I saw that rain/thunderstorms were possible after 11am, so when I woke up early, I didn’t go back to sleep. I packed up an started walking by 6:20am. I was a zombie and my eyes were heavy. All I could think about was getting to town to lay down. I feel much better, but I need to rest to get “recharged.” There was one view this morning and it was pretty hazy in the morning light.

It was humid and there was a slight breeze, but quite muggy. I was happy to be in the cooler shaded woods. 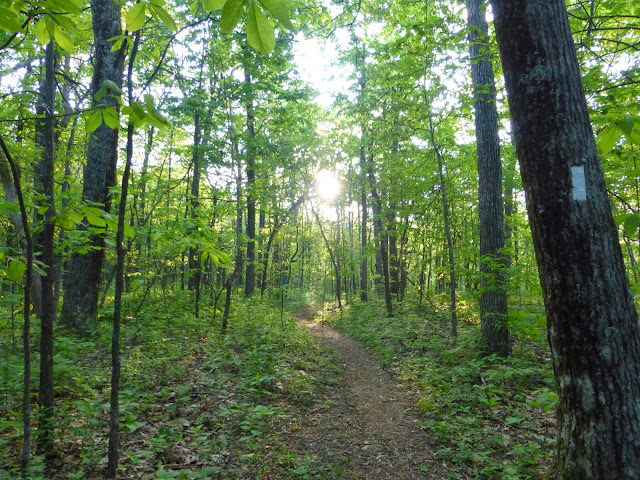 About an hour into the morning, I got to an area where it flattened out nicely, but it had really high brush. Minds wander about as you hike and when I first hit the area, I thought to myself, “Flat ground, I could’ve found camping here…Nah, it’s too brushy…Seems like an area for bears…Oh yeah, Waynesboro is the town before Shenandoah National Forest…That’s where the bears are supposed to be…Dang, I’ll have to start hanging again…” Then my mind wandered to nothingness as I zonked out again. Suddenly, a small black bear shot out of the brush to my right and ran off into the forest. My first AT bear sighting! I got the video camera out as quick as I could and here’s what I got. If you are on a mobile device, you may not see the bear video below here and it is visible on a desktop. I put a freeze frame from the video below the video to get an idea of what I saw. 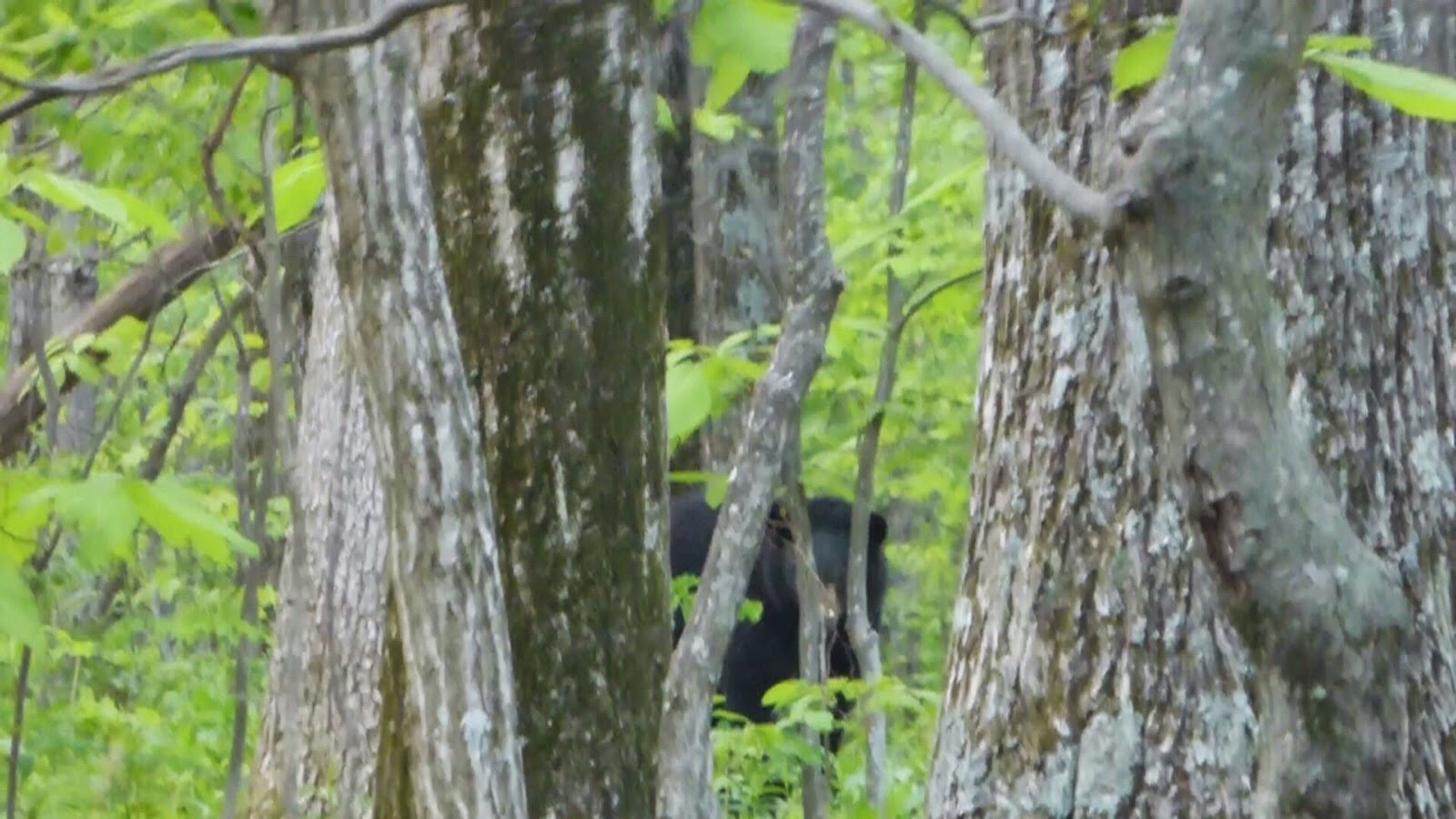 That surely woke me up and it was fun. What really woke me up an hour later was that I was hiking up a hill and I was pretty tired so I had my head down on my feet shuffling up and putting my poles ahead of me. At one point, I planted the poles ahead of me and to my horror, in the small distance between the poles and my feet, was one of those huge black rat snakes slithering creepily across the trail! I still get chills just thinking of how close I came to stepping on it in my stupor. I was too tired to even react as it slithered into the grass an I stood stunned. That woke me up for the rest of the morning! Here’s a picture of chimney that is noted in the guidebook, but looks like it was recently made… 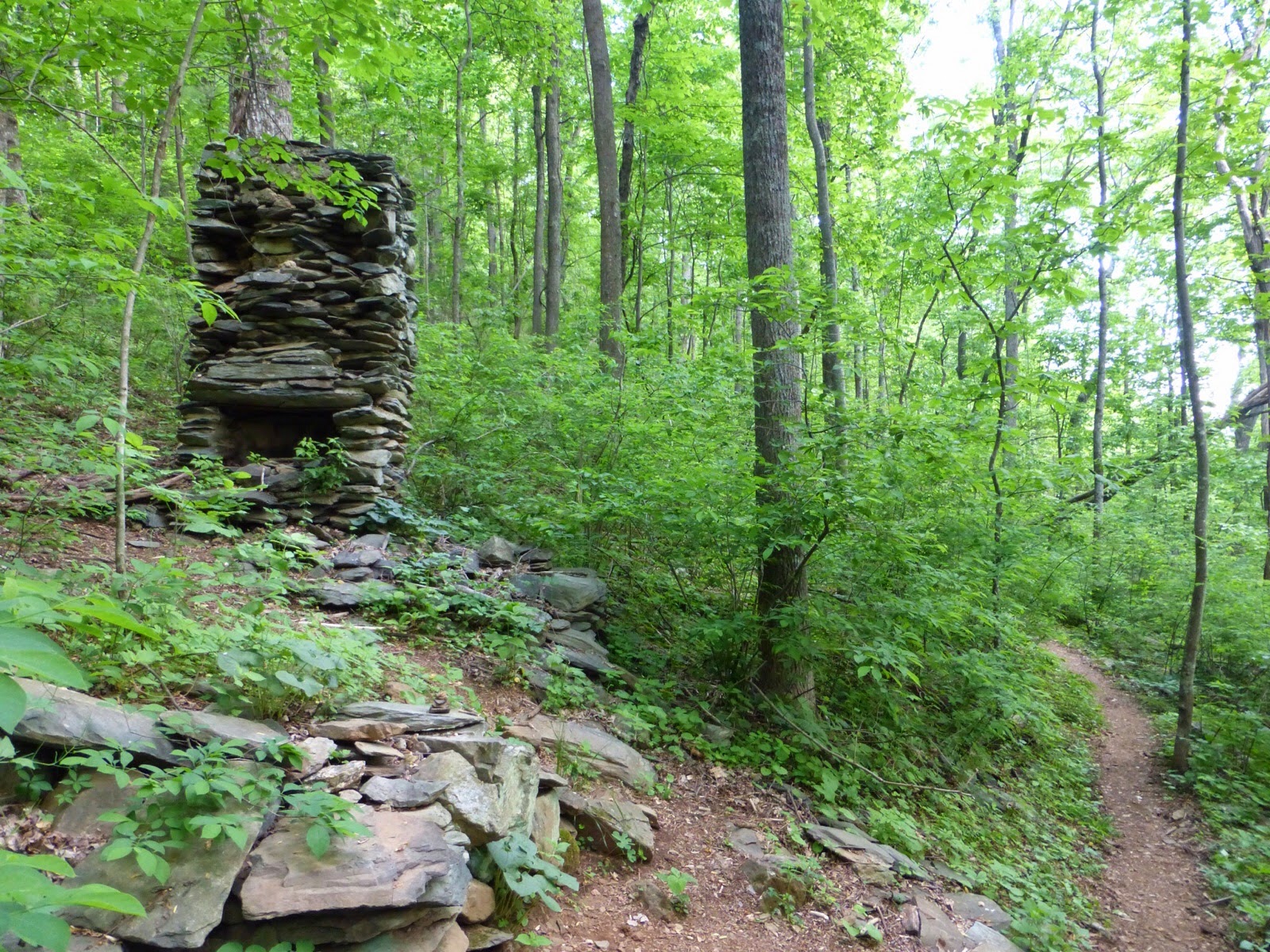 I got to the road before noon and it’s a busy intersection of highways. At the road, there was a long list of people who offer free rides to Waynesboro four miles away. I got ahold of a man named Tom and waited on a picnic table. It had been cloudy and almost raining all morning and I got to the table and the sun broke out and beat down intensely. I got to use my umbrella and was in heaven! I’m totally converted! I sat with my Crystal Light raspberry lemonade and was so happy to be done hiking for 24hrs. 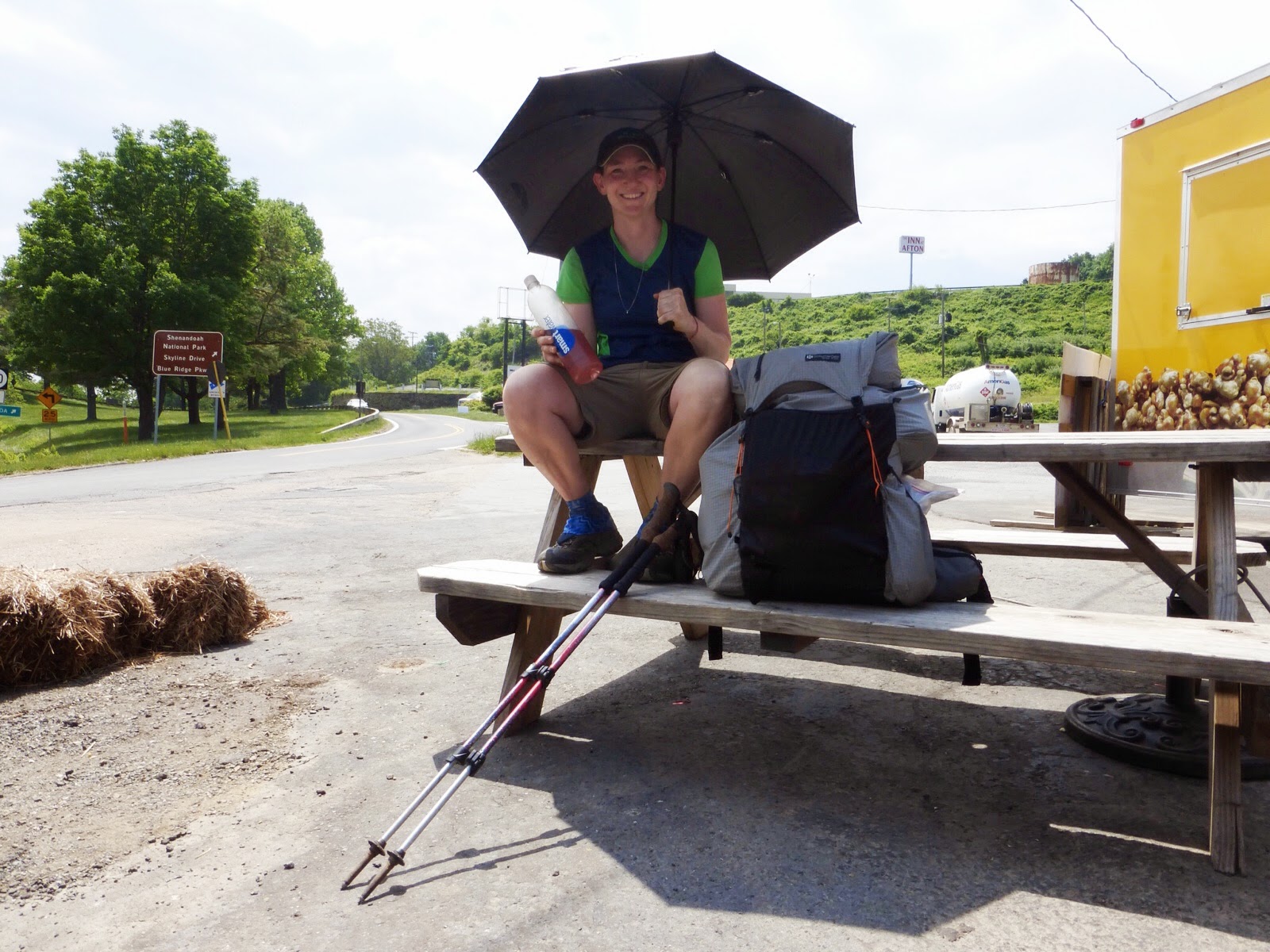 Tom drove up and was a pleasure to ride with! It’s just amazing that people volunteer to do this for free. Thanks so much Tom! He dropped me off at…you guessed it…Subway! 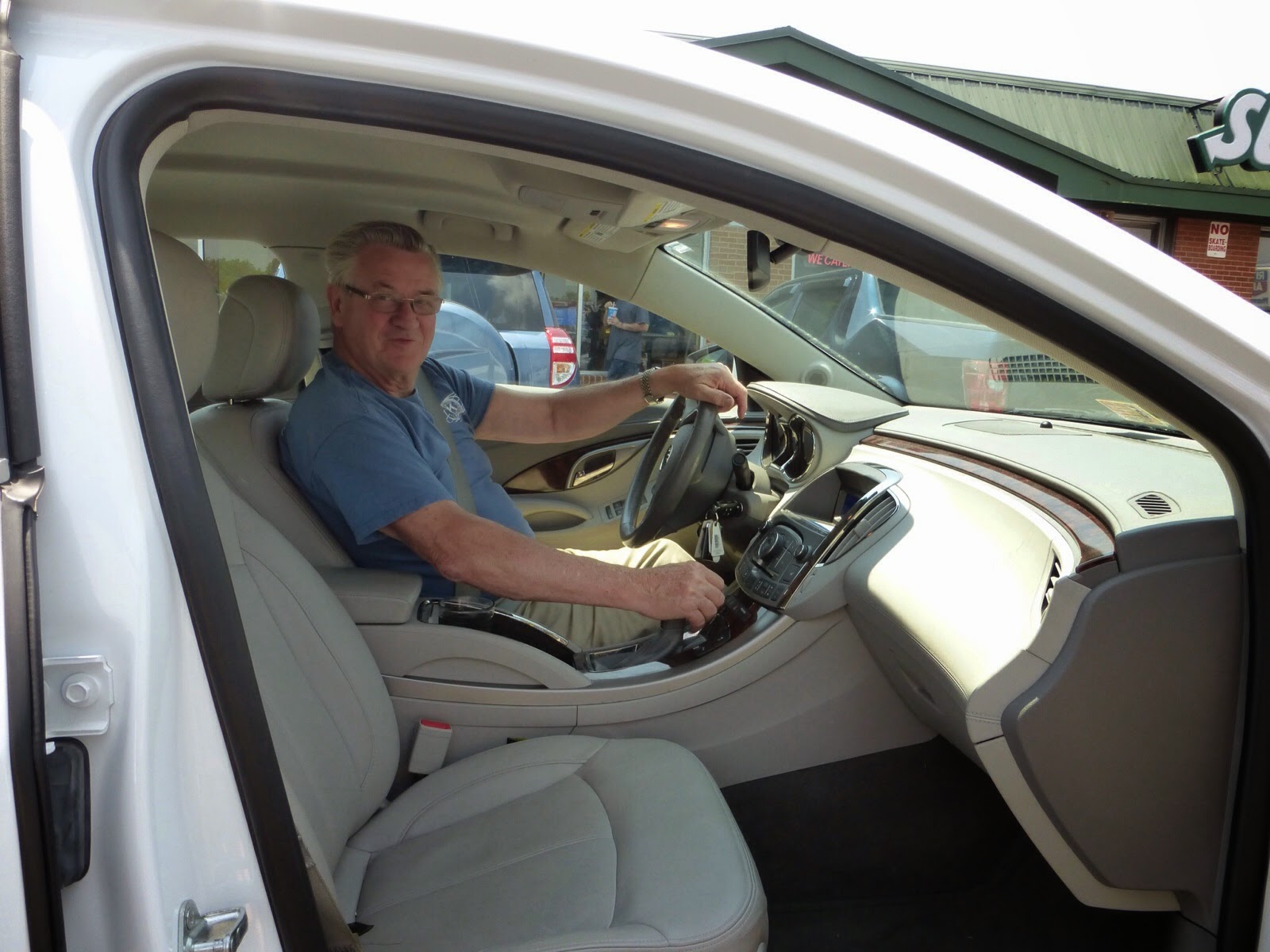 I didn’t want to go to the hotel until I did my chores as I knew I’d never want to leave once I got there. I got food, did some grocery shopping, and then laundry. While I was there, another hiker named Whitey was there in his rain gear doing laundry and eating a whole large pizza. I just had to take a picture. 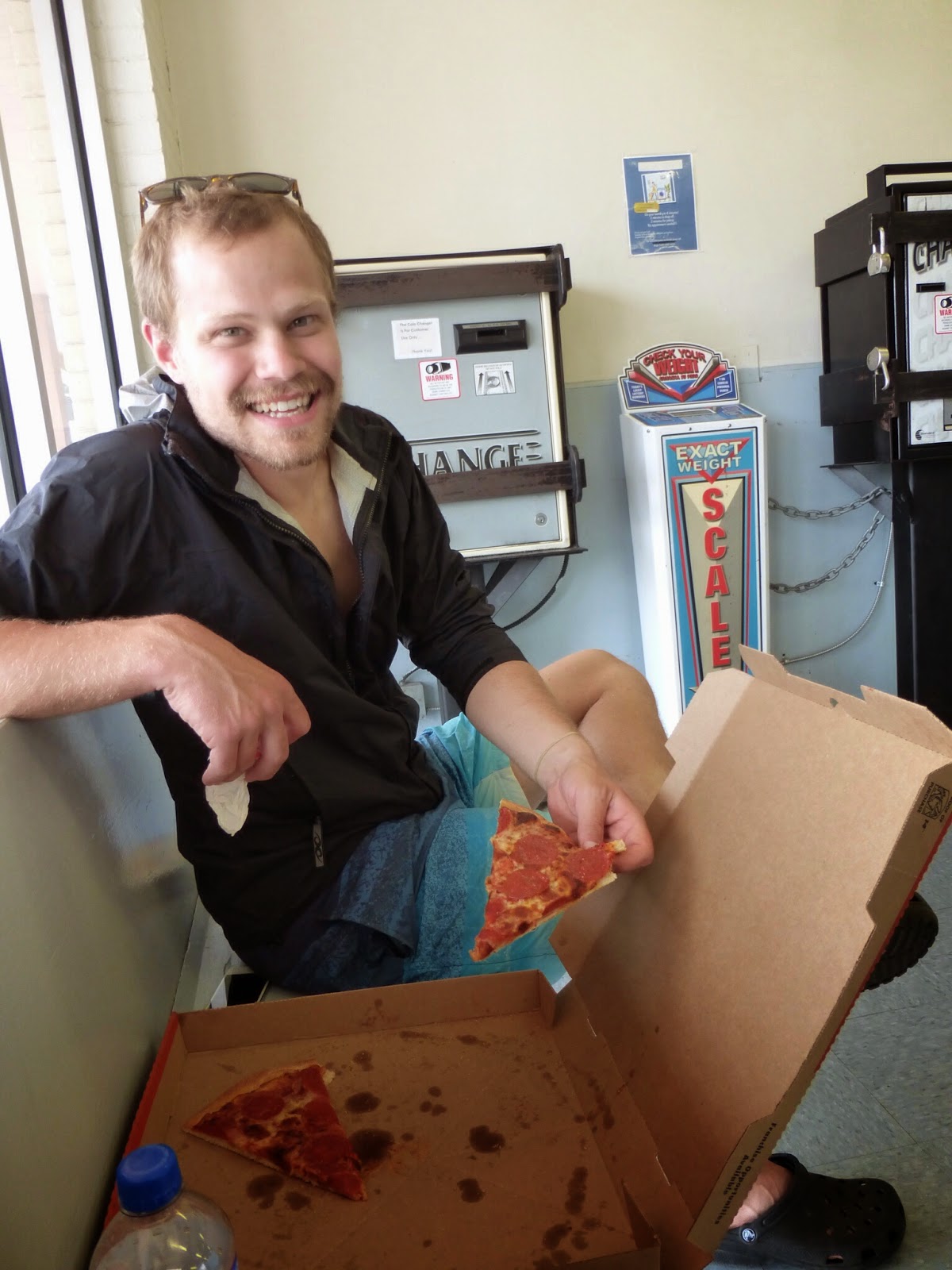 I walked over to the hotel and it started dripping just as I arrived at 2pm. By the time I got out of my extra long shower, it was raining hard with lots of thunder. Man, I’ve got good timing! The forecast calls for thunderstorms like this midday many days this week, so there may be no dodging it. I got my resupply and I need to thank so many people! Thanks to Harvey, Gail, Diana, Joey, Malto, Ruthmans(look at the Subway Hunger Games card!), Corinna, Glenn, Shelli, Cedar(my very own Wired stickers!), and Dennis. A special shout out to my sister and her husband who got me personalized M&Ms in my Wired colors! So cool! 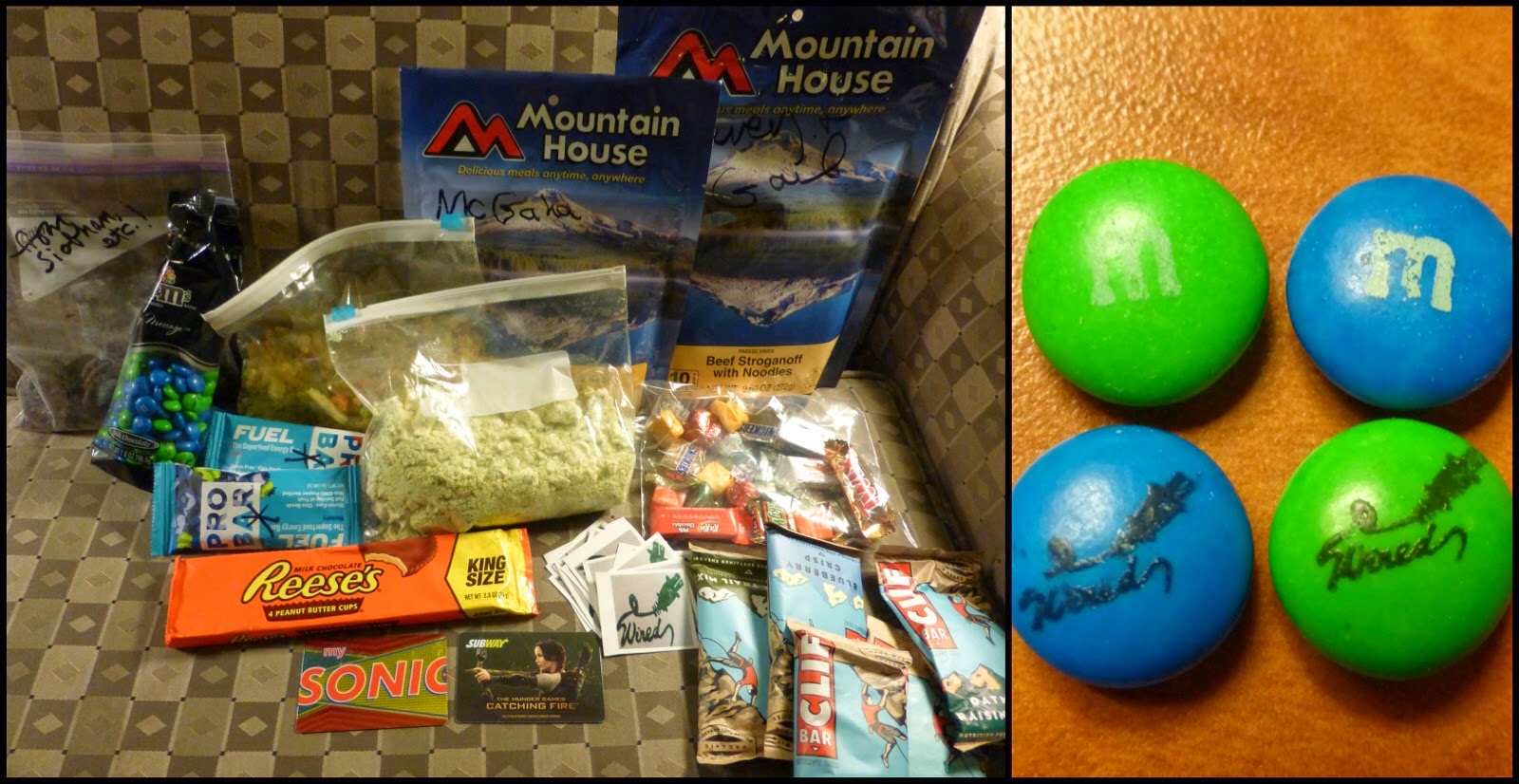 I also must thank a mystery person with the initial P.O. who sent me a Sonic gift card. As it was raining, I attempted to order a pizza to find out the place I liked didn’t deliver. Then I realized there was a Sonic, but that it was not in walking distance. I mentioned it in the lobby and a local volunteered to take me! Thanks to Luke for being AWESOME and making my day. I got a milkshake, burger, fries, and a strawberry lemonade. Just great! Thank you to P.O. too!!! 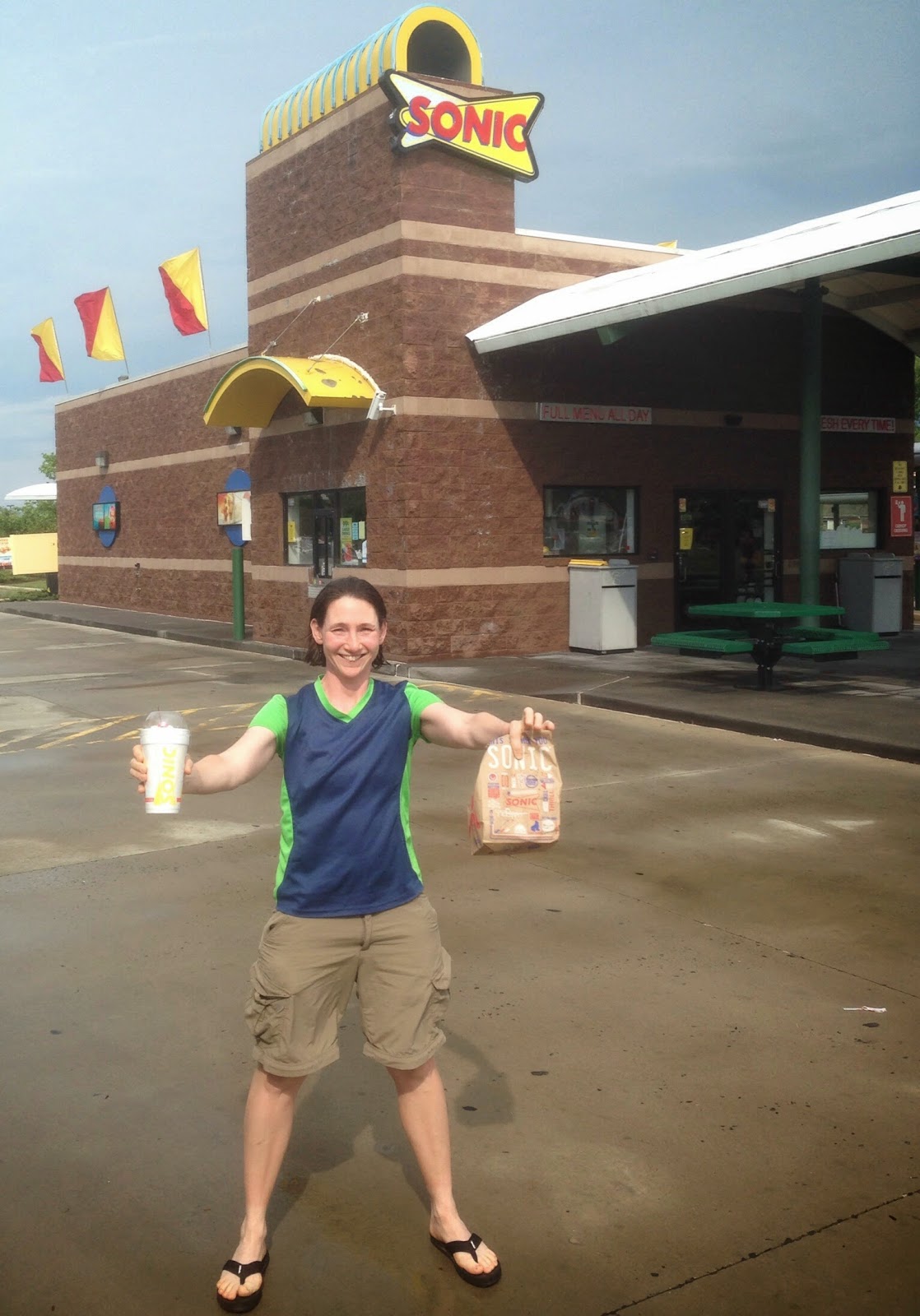 At 8pm, I got a text from Ferris that he had made it into town with three other hikers. He made it! He started out 21mi behind me this leg and the 8hr difference today gave him the opportunity to make it in the same day. It’s now after 10:30pm and he’s still not here so no picture folks. Not sure if we’ll be on the same schedule going into Shenandoah tomorrow, but we might be as camping is more restricted through the park with less options. My step mom and family friends are meeting me in Harpers Ferry in about a week and I miscounted my days and have one extra day, so I’m going to leave pretty late tomorrow and cut back somewhere in the next week so the timing works out. I guess it’s better than having to push and it’s lined up well with the fact that I’m just tired and could use a bit of more relaxed hiking.