So I thought yesterday was a one time occurrence with the Kallin family since today would be a 27mi day for me and I was sure that after the 21mi yesterday, Cartwheel and Robin Hood would be tired. Today I got up at my regular time to leave by 7am and figured the kids wouldn’t be up for that. I was so wrong on all accounts. Last night, Robin Hood told his parents that he wanted to be up by 6am so he could get ready in time to draft off me again and try to do a 27mi day. He is one determined kid and Cartwheel will do anything he does. He was so nervous about missing me that he woke up at 2:30am and again at 5:30am asking what time it was to make sure he wasn’t late. I didn’t know this and got up this morning and used the privy. On my way back to my tent, Cartwheel and Robin Hood were already packed up and running down to the shelter to eat. They even pooped so they wouldn’t have to stop during the day and their parents say they can never get them to do that in the morning, ha! They were really excited! So off we went for our attempt at their biggest day yet. They had done one 25mi day before and this would be 27mi day. 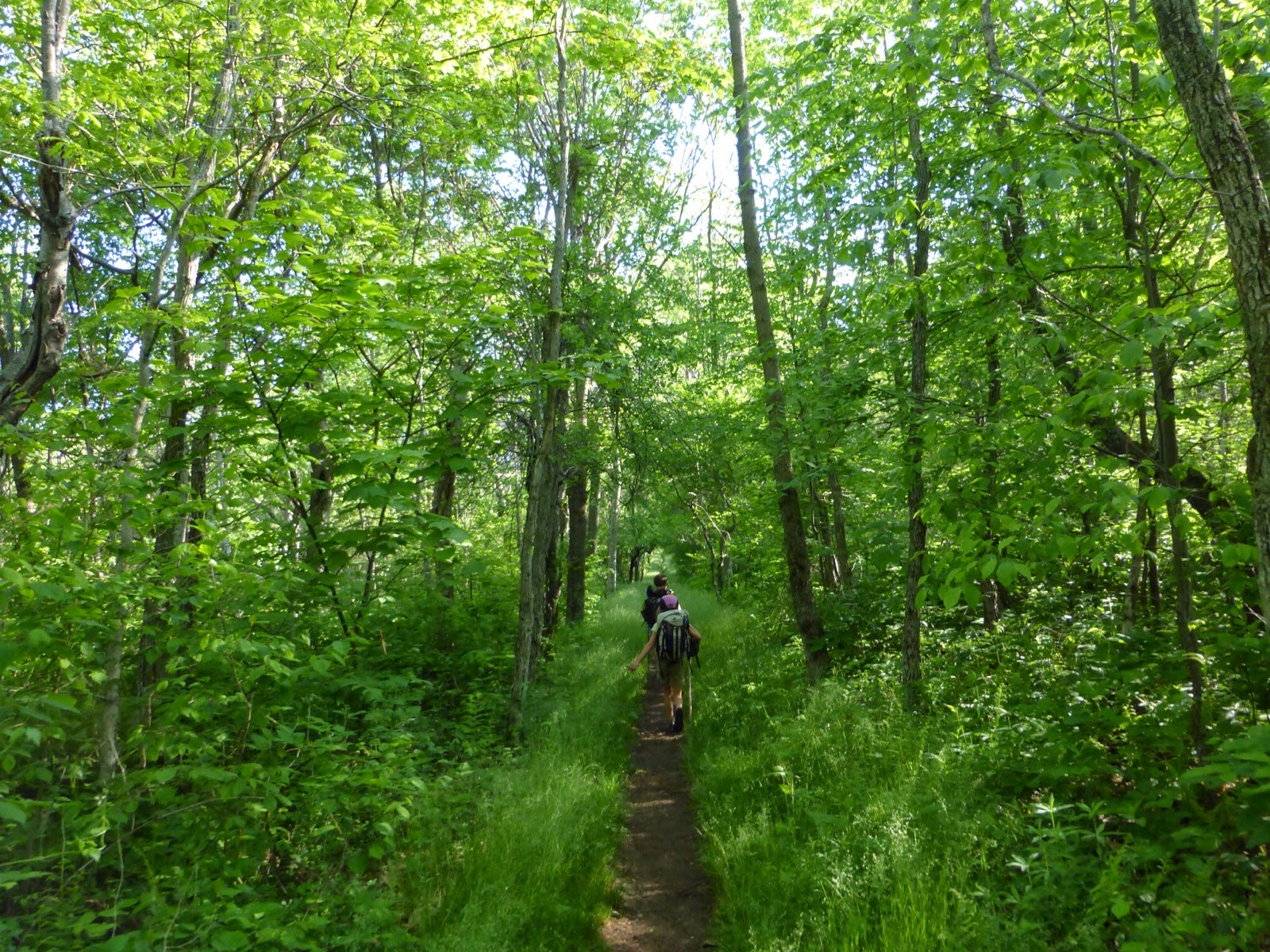 It was perfect weather as it was nice and cool right around 70 degrees much of the day. There were multiple viewpoints today and they were all pretty much the same view as the trail stayed on the same ridge most of the day. We finally got to see Shenandoah. Here are our pictures from the first viewpoint. 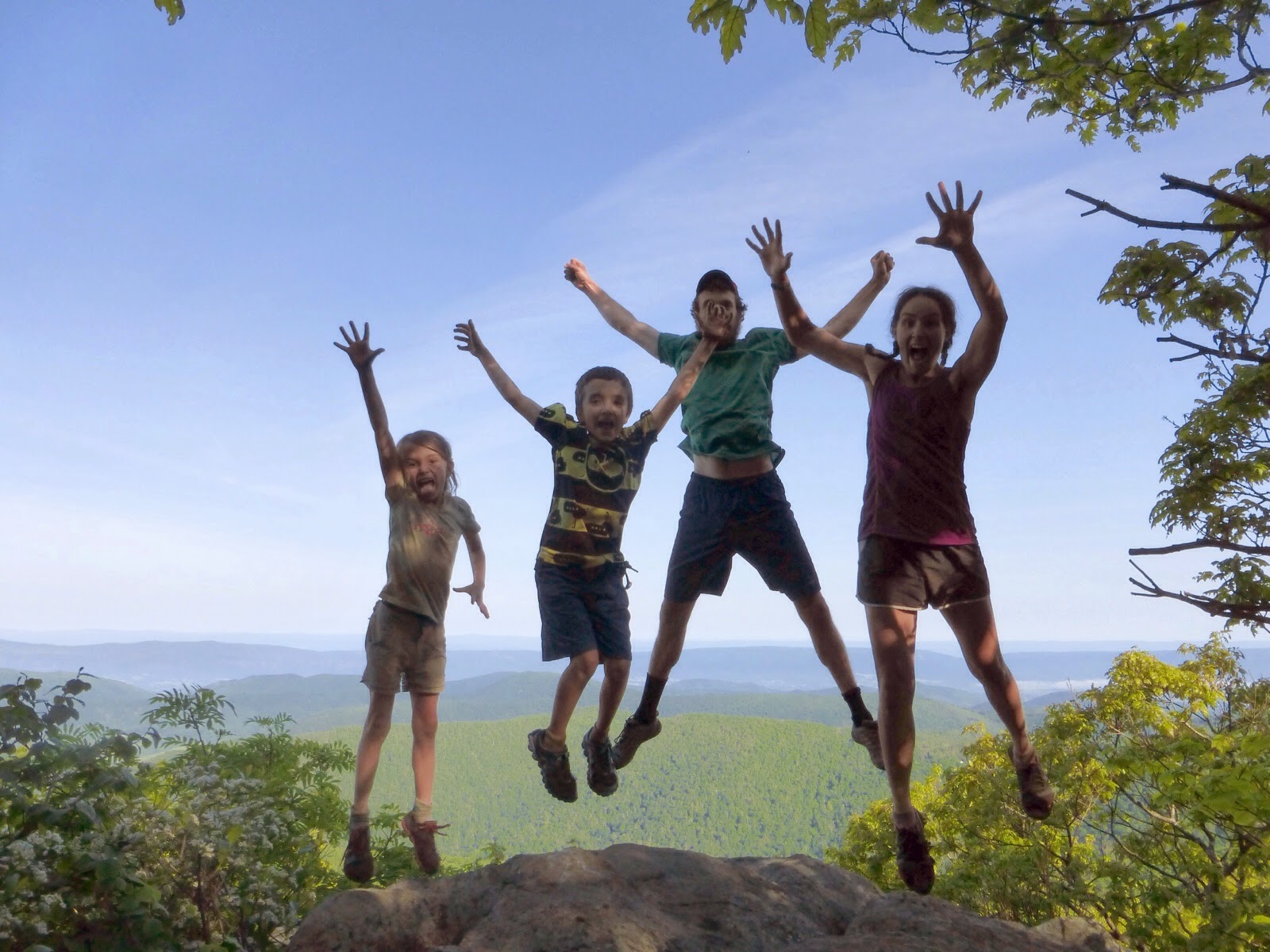 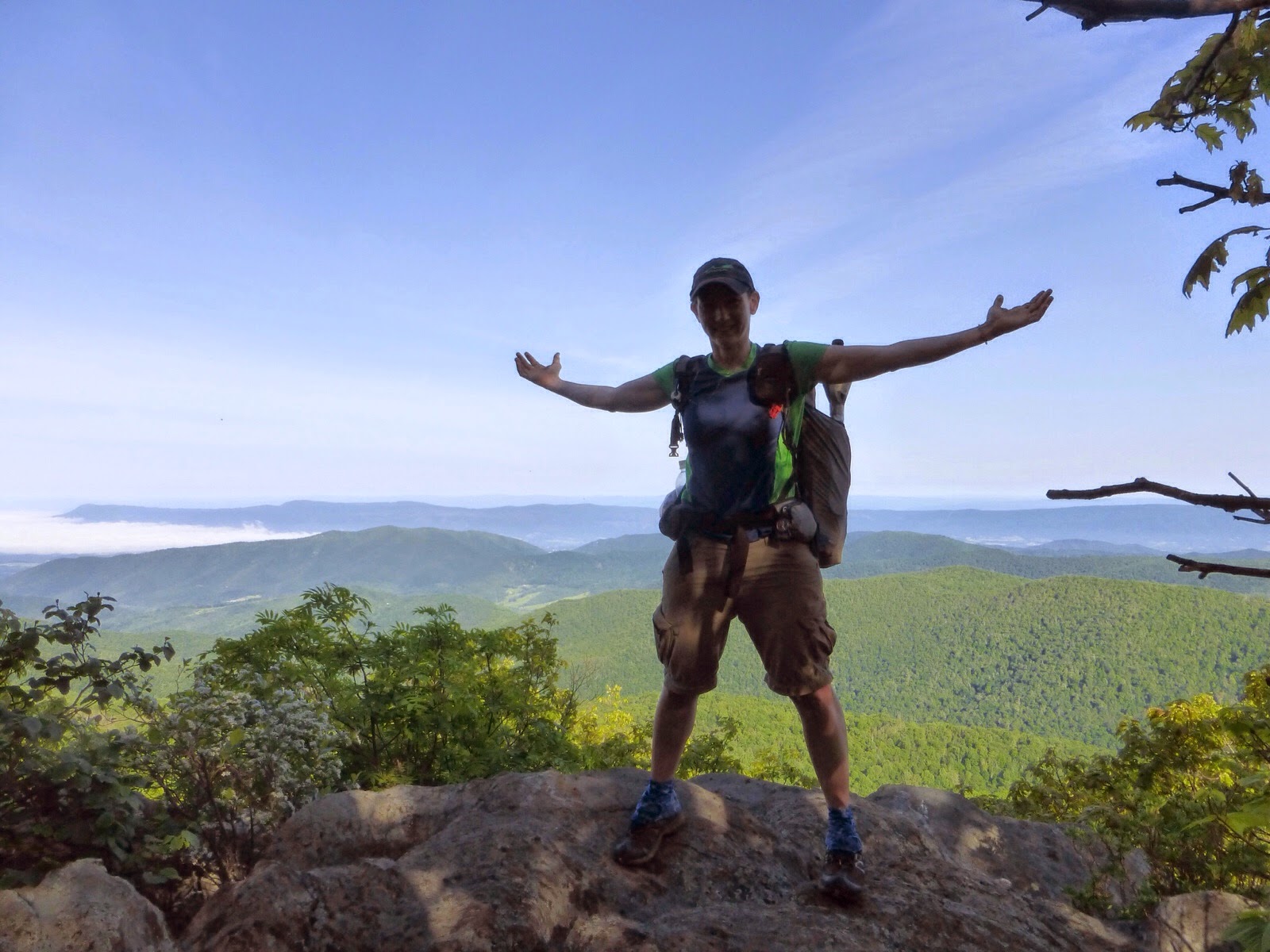 The motivation for the morning was that there was a restaurant right off the trail 16mi into the day. Much of the trail was downhill so I couldn’t even go fast enough for Cartwheel and Robin Hood. They love to run the downhills and never seem to run out of energy. They flew this morning and we were on track to make the 16mi to the restaurant by 12:30pm which is amazing time. It never ceases to amaze me what hikers can do when food is waiting at the end. As we hiked, Cartwheel and Robin Hood recited the poems they had memorized on trail to pass the time with their parents. I’m telling ya, these two are just sponges soaking up all they can out here! It was absolutely adorable and I just had to get audio of it. Click here to hear Cartwheel, who will be 8 next week, recite the first page of Moby Dick as we were hiking. Click here to hear Robin Hood recite The Road Not Taken by Robert Frost as we hiked. He also has the full 15 stanza poem of The Cremation of Sam McGee by Robert Service memorized. Just crazy!

About an hour before lunch, we came up behind a hiker which we had seen dozens of this Saturday morning. As we approached, the hiker turned around and it was Kickapoo! We figured she was well ahead, but she got trail magic at a campsite last night and this morning so she changed her plan and was headed to the same shelter as we were tonight. We hiked on together and almost immediately ran into the same man doing more trail magic! Adjust had to stop and snack even though we were close to the restaurant. His name was Tick Tock and we also intersected with a few other thru hikers there too. It was an eventful morning for sure. Thank you Tick Tock!!! 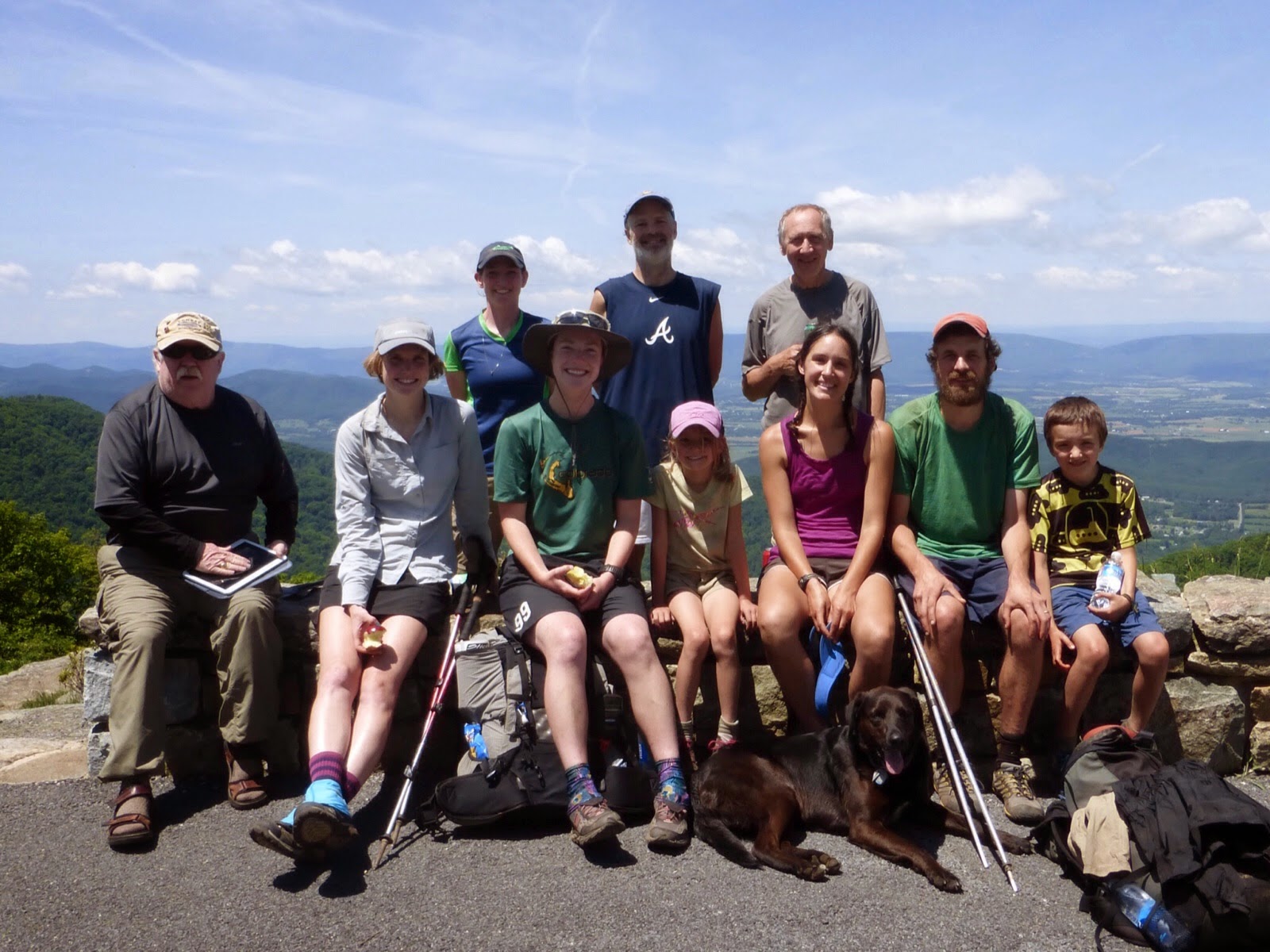 As we left the trail magic, we continued with Jet Cat who they have all known. Everyone in this bubble knows each other and have been overlapping for awhile now. We went to the restaurant and it ended up being a nicer sit down place and they sat us in the corner and the head cook had them make us the special blackberry shakes that the park is known for even though they don’t usually make them at that location. 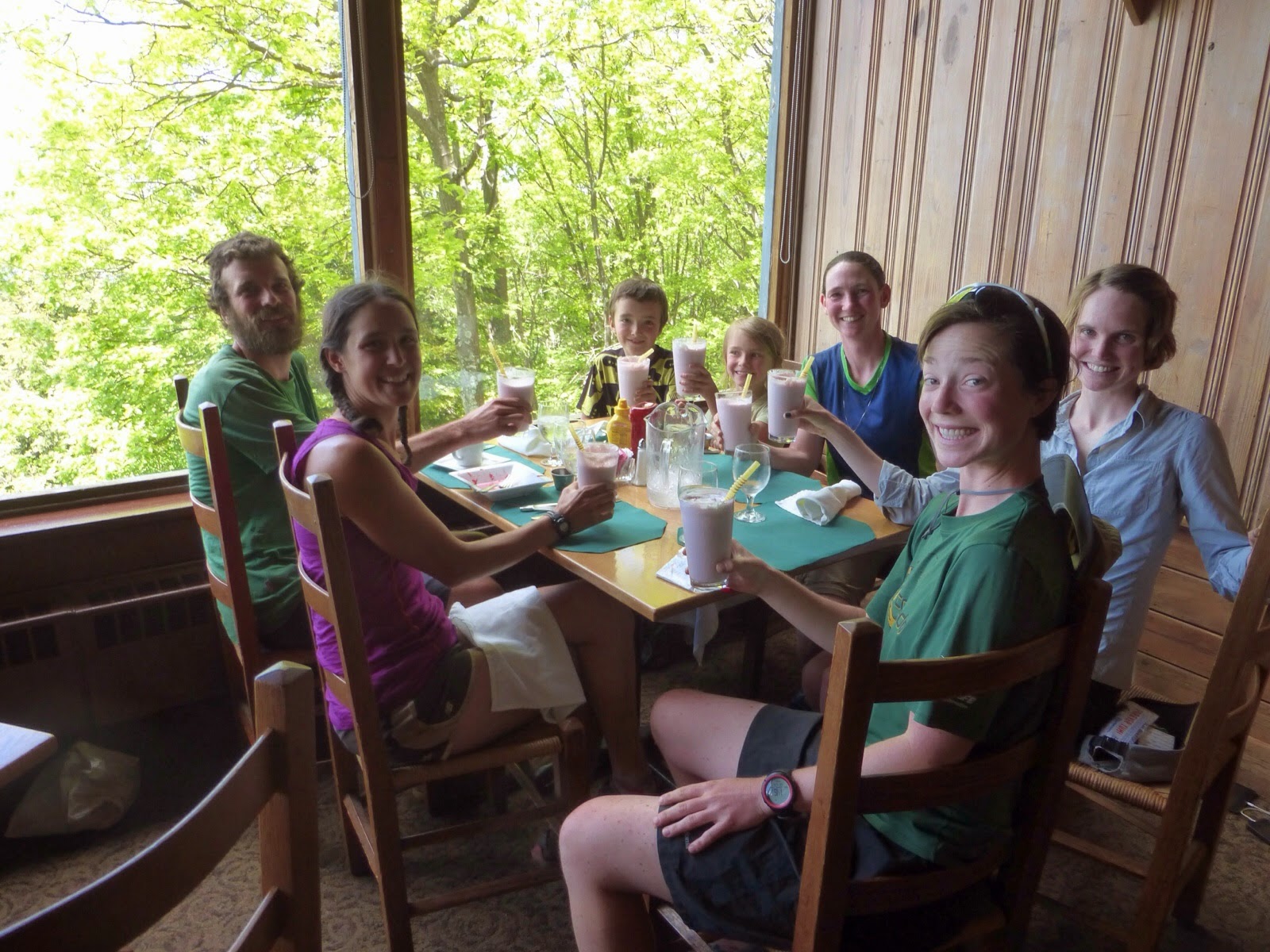 We had a glorious lunch and headed out for another 11mi. The afternoon went by pretty fast and made quite the train with the seven of us hiking together. 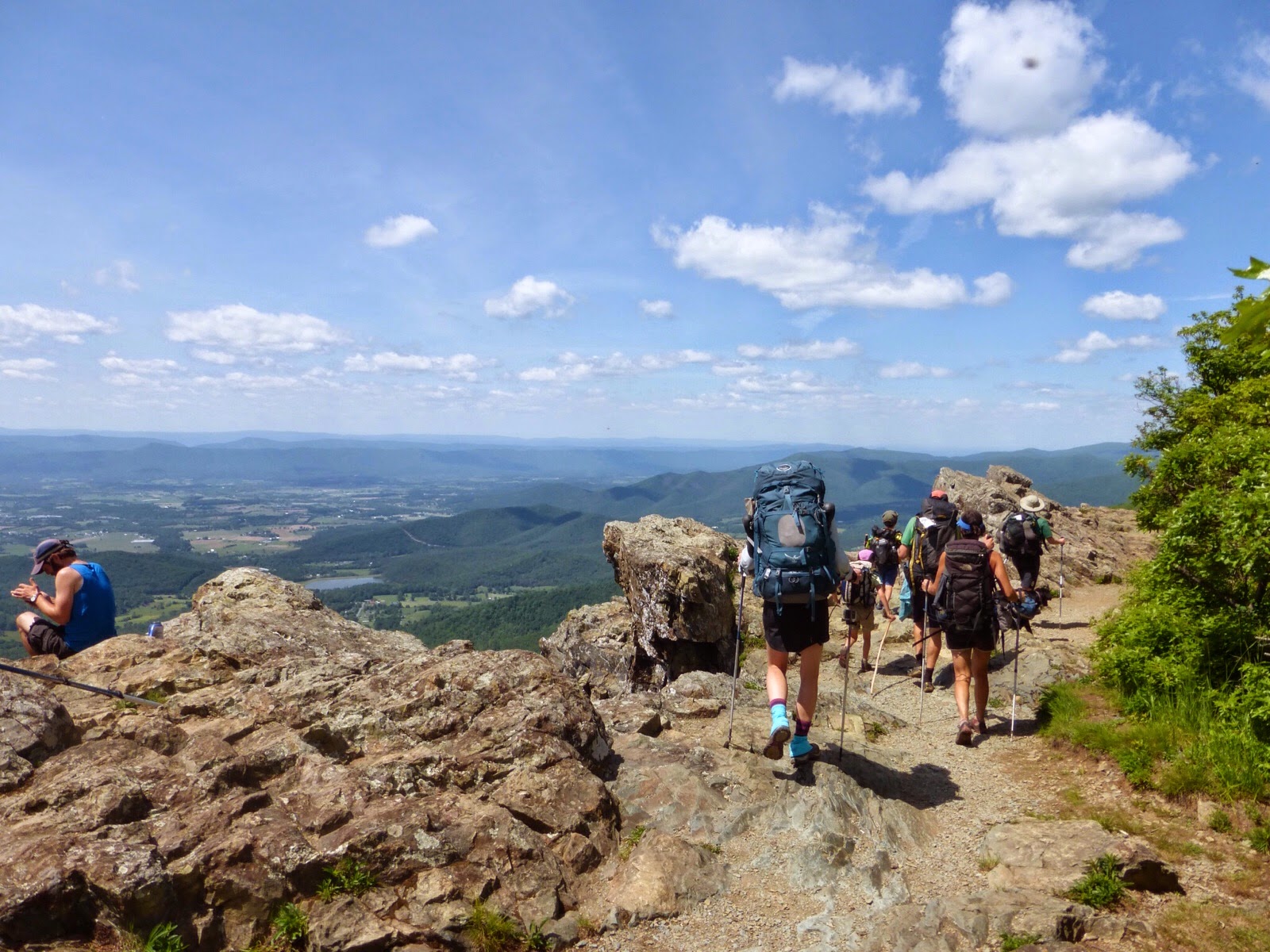 We made it to the shelter just before 7pm and Robin Hood was so pumped he said he could do another 5mi! When we arrived, Moe was there and Whitey arrived. I met both of them in Waynesboro and you may remember Whitey was the one eating a whole pizza at the laundromat. We all ate dinner in front of the shelter. 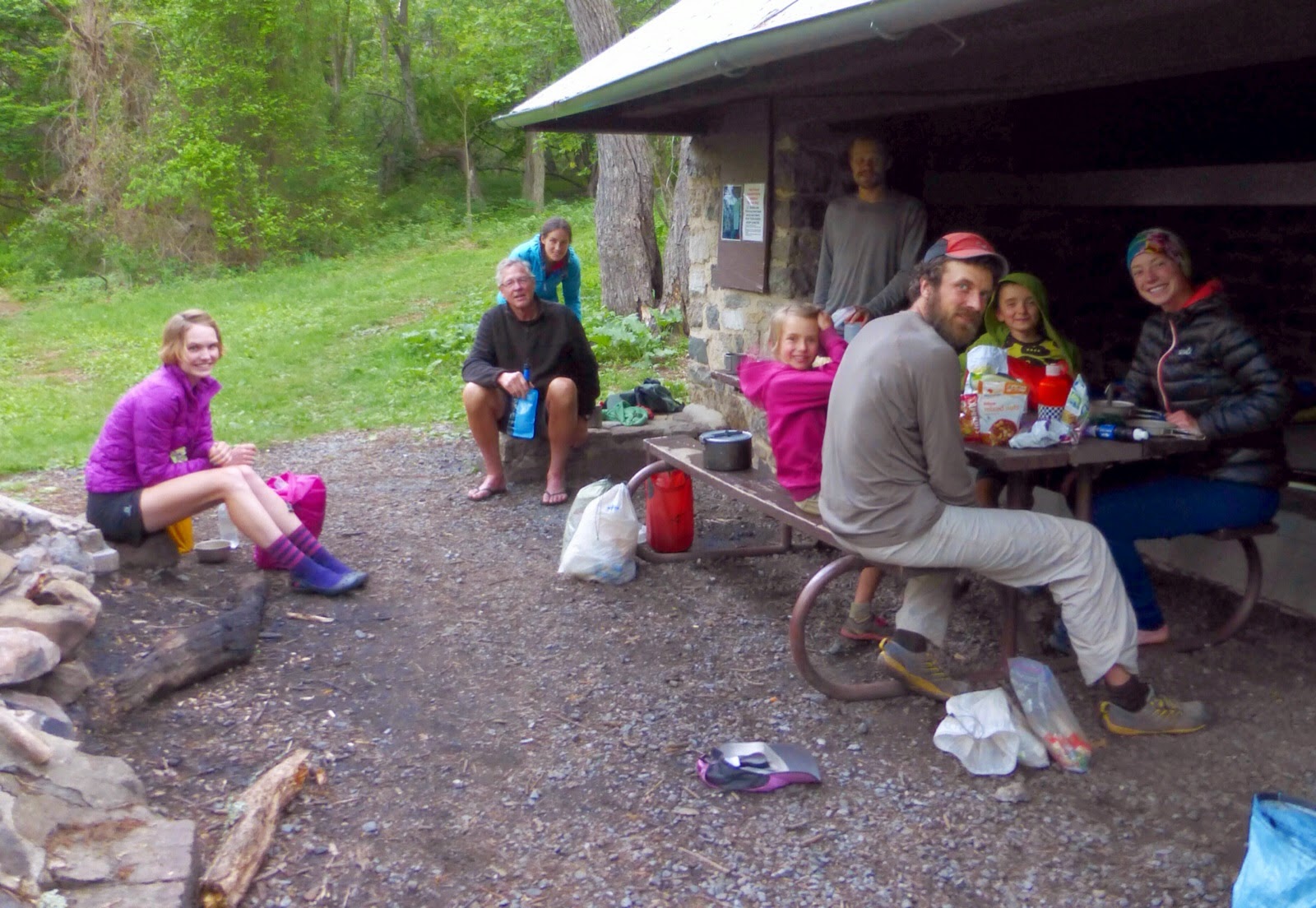 It was quite a day and tomorrow, Robin Hood and Cartwheel want to try to make it the 24mi I have planned to set me up right outside of town for a super nero the next day in Front Royal. Something tells me they will be up and ready plenty early tomorrow for day three of drafting off wired! One note, our grassy tent spots tonight had tons of ticks I found on my things as I set up my tent. All In set up the Kallin’s stuff and immediately after found at least 6 ticks on him. The only consolation was that the ticks were the bigger wood tick which doesn’t carry Lyme Disease. 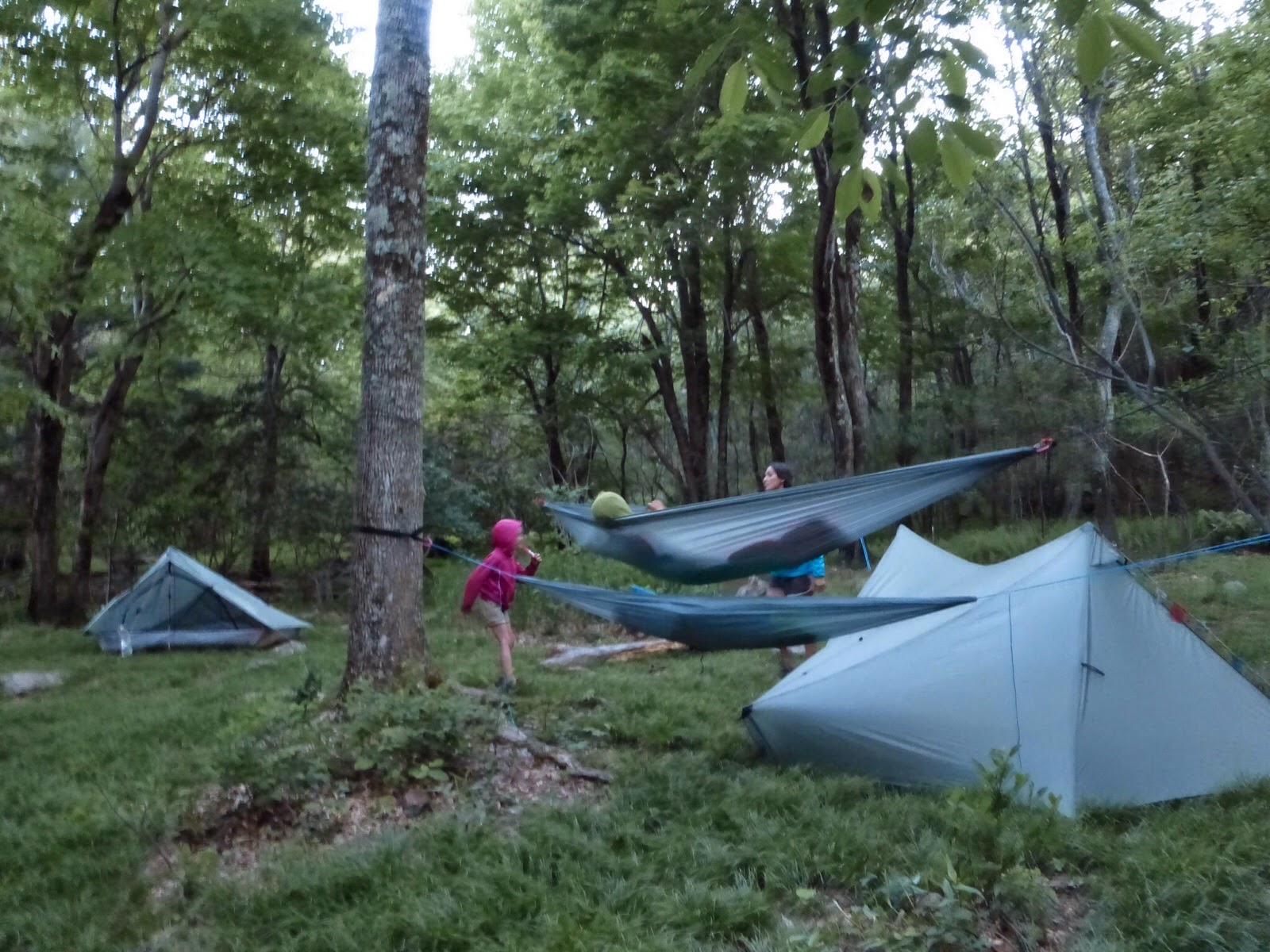 One more photo is of Robin Hood’s socks which are so dirty from the rain/mud earlier this leg that they stand up on their own. Also, Momma Bear has been wearing the same shoes all hike and they are completely destroyed. She should have a new pair in town in two days. They are even worn through on the bottom in some places. She said she doesn’t like to spend money on things unless she really needs them. She’s also wearing the same Super Feet Shoe inserts she wore on her AT hike 12yrs ago! She’s got some really tough feet! New ones should be in town waiting for her. 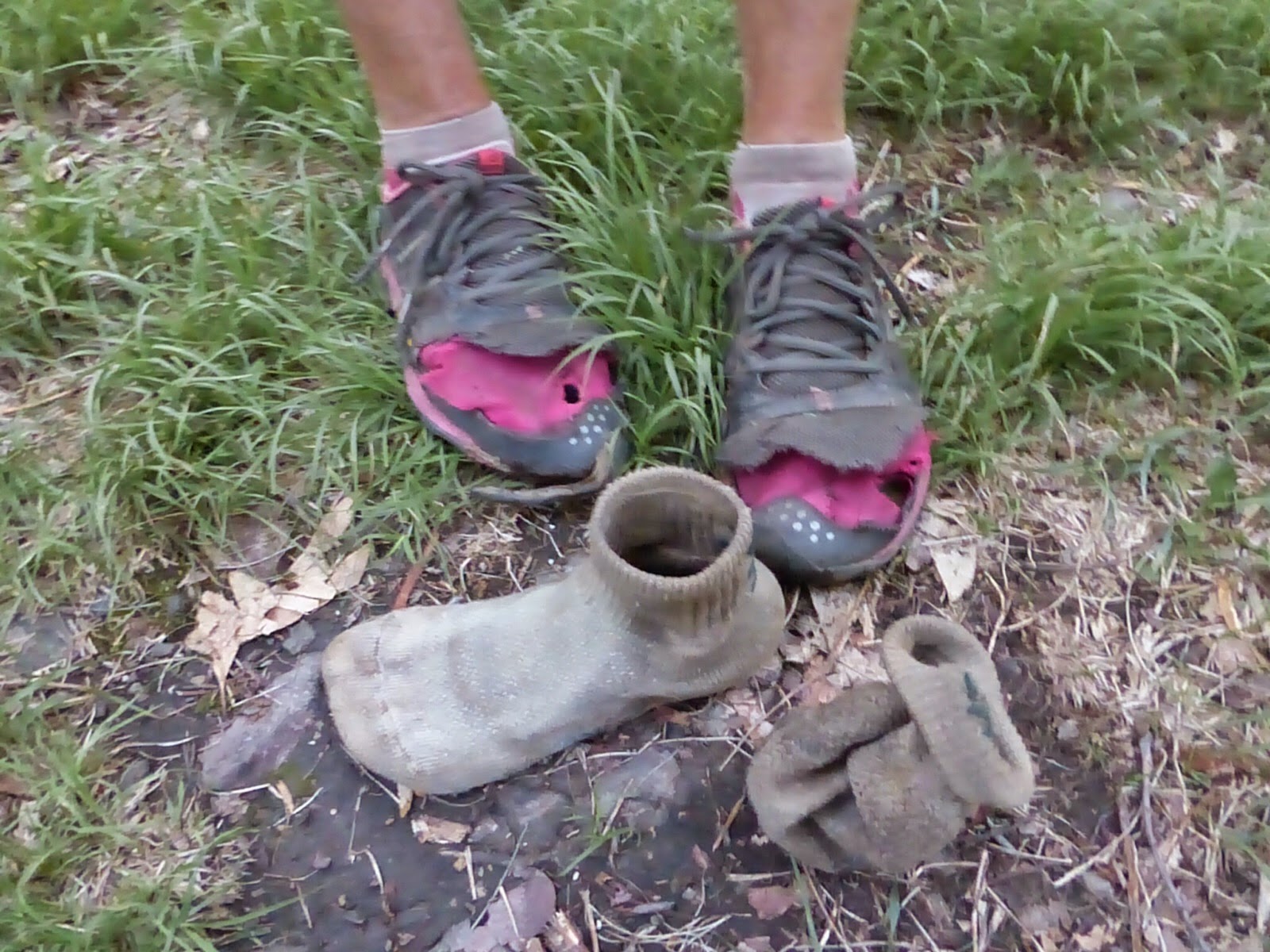