I stayed up way too late last night finishing off the Survivor finale (Ugh, Tony!) while enjoying the whirlpool in my hotel room. Also, at about 8:30pm, I got a text from Ferris that he and another hiker did back to back 31mi days to make it to town last night and they stayed at the same hotel we did so I got to talk with them a bit last night too. They have plans to get to Harpers Ferry to then catch a train and spend a couple days in Washington DC with friends. They plan to leave town later today but still arrive the same morning as me in Harpers, so we may end up leap frogging in the next couple of days. We all enjoyed the continental breakfast at the hotel this morning and it was fun to have the Kallins overlap with Ferris for a brief bit. 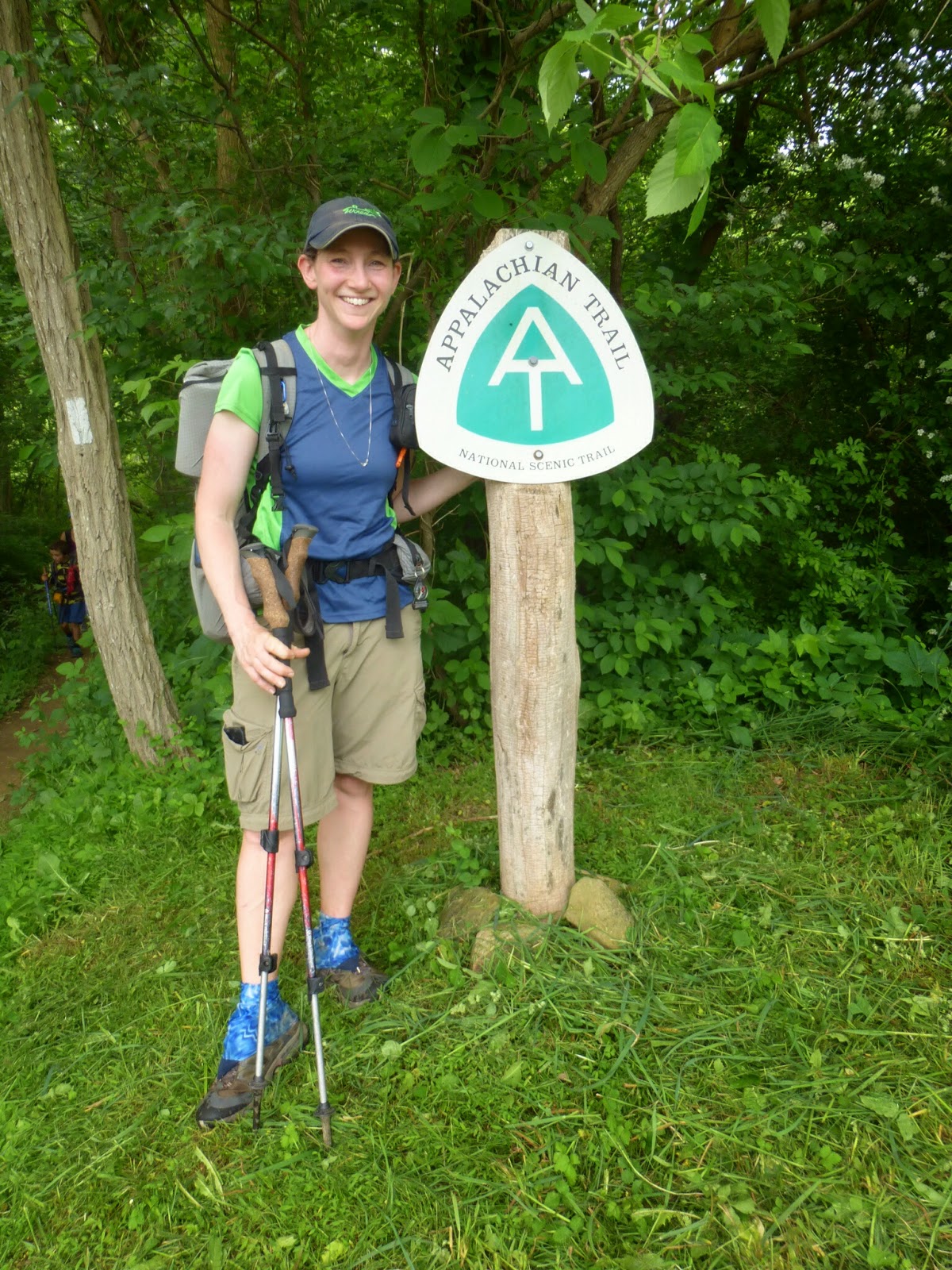 The Kallins and I got on trail just before 8am and it was quite hot and humid today. They are from Maine and love cooler weather and openly admit that none of them like the heat. There was a possibility of storms today, but we just got a few drops here and there before it cleared out completely in the afternoon. It was a really uneventful day and we realized it was a day with absolutely no view at all. You can see the elevation was really low with a lot of gradual ups and downs, so we cruised most of the day easily with Orion leading the way. 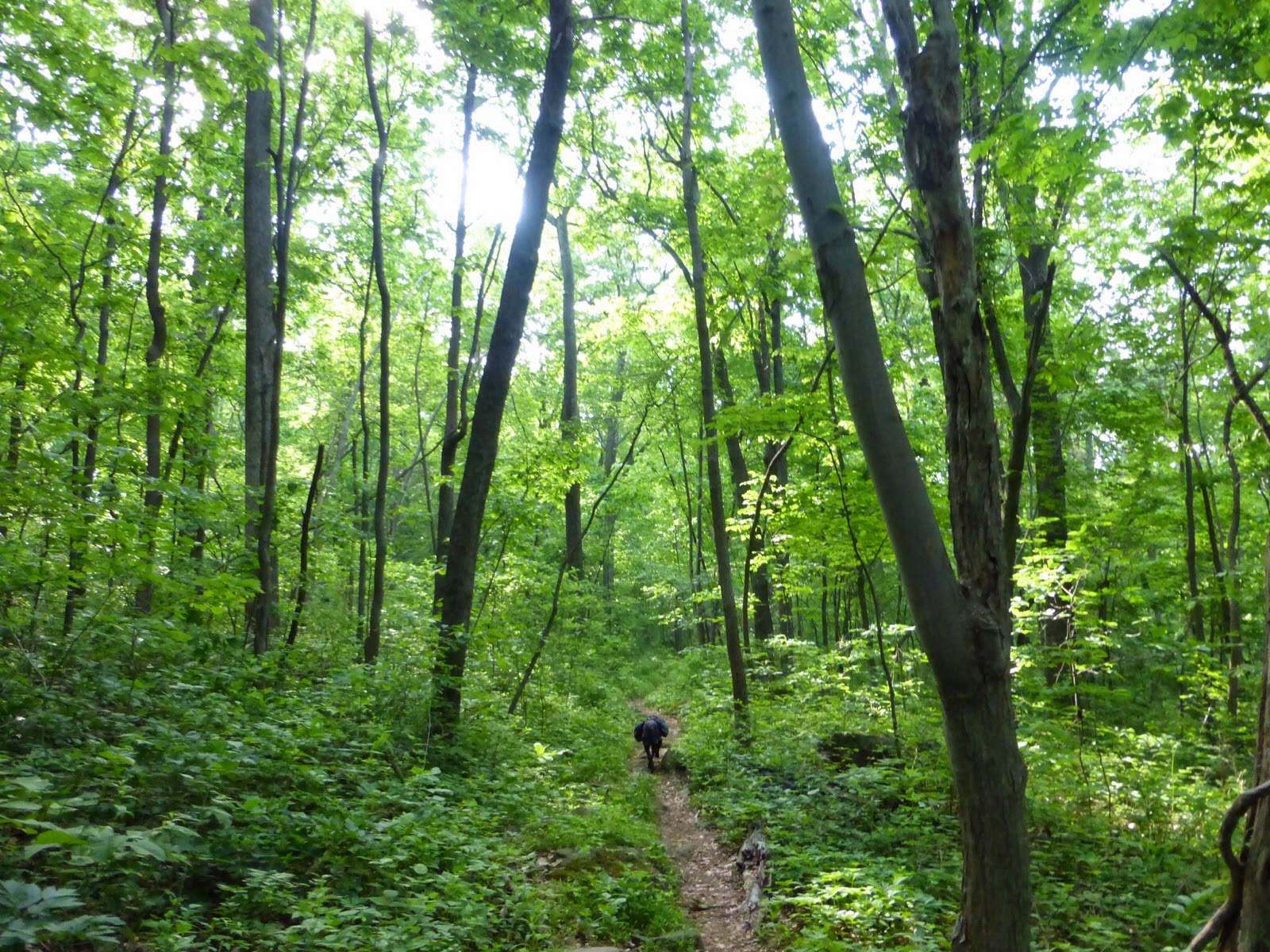 You’d think we’d be bored, but we were really surprised by how quickly the day went by. There is always entertainment with the kids and there is constant interaction all day. Both Cartwheel and Robin Hood easily make conversation and are very independent. Sometimes it’s like talking to just any other hiker. Cartwheel really cracked me up today with her wit, sarcasm, and banter. Robin Hood had a tiring morning until lunch when we found out he was accidentally carrying an extra bag of weight that All In usually carries. At one point we were annoyed by the brushy trail so I told Robin Hood to give me a thumbs down in the photo with the brush. He did that smiling ear to ear and I told him to not smile and look annoyed. A few seconds after this picture he said, “but now people will think I’m not having fun on the trail!” I reassured him that the photo would be posted with the warning that it was staged and that Robin Hood is in heaven out here. They just absolutely love it and have the best attitudes! 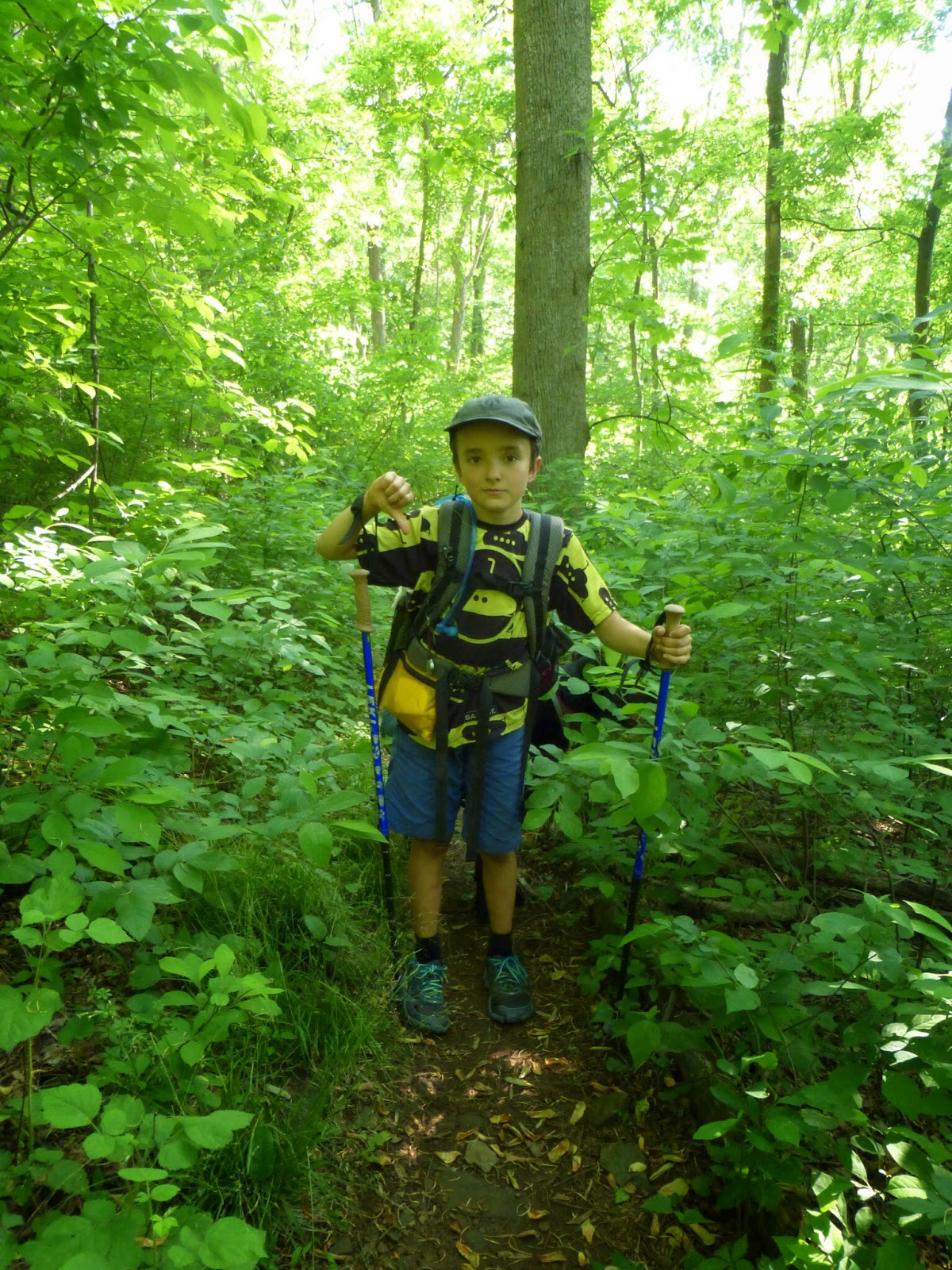 Somehow, it’s just easy with them and it has fit my schedule so I’m really glad we’ve been able to overlap for such an extended period of time. 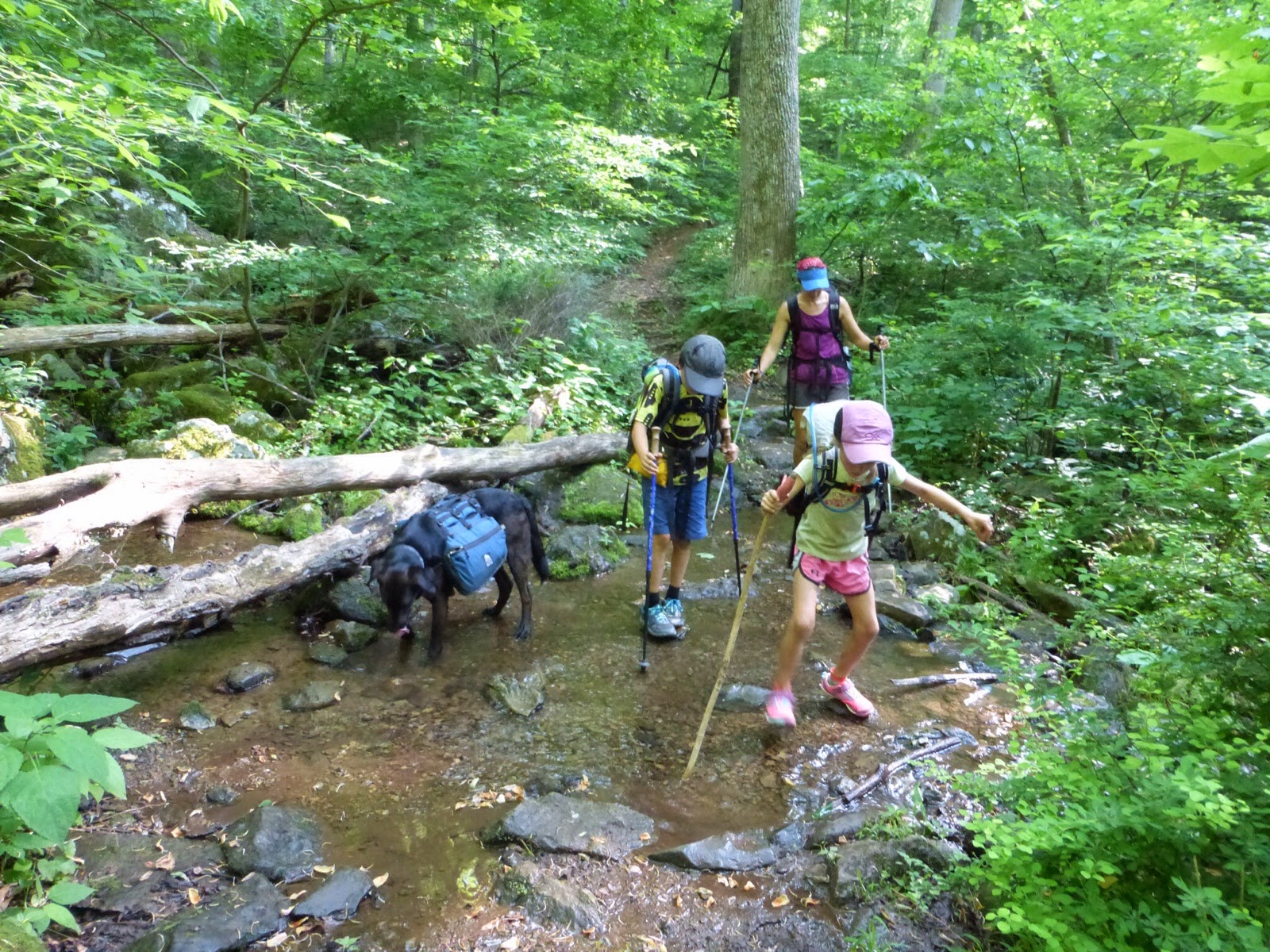 Another black rat snake along the trail! 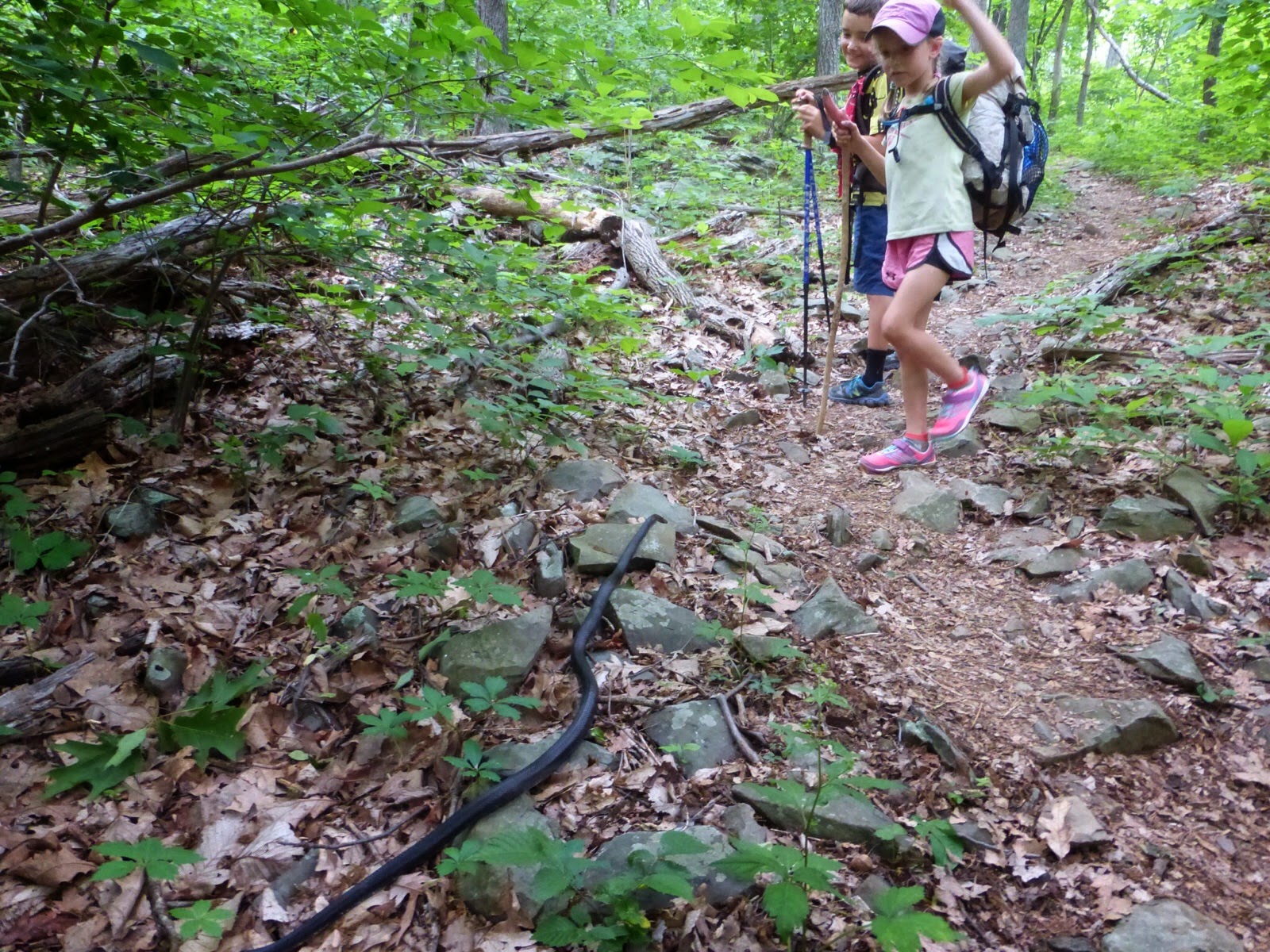 We hit our planned mileage by 6:15am and still couldn’t believe the kids easily hiked 24mi in 10.5hrs including breaks. We chose to pass the shelter and camp not far from it in brush near a water source. It was funny to see how the heat affects them because Momma Bear and All In are usually very quick and efficient with all the camp duties. Tonight they both were very low energy from the muggy sticky humidity that is still thick in the air. We all laughed about it being their Kryptonite. As soon as we picked a camp spot, Momma Bear and All In uncharacteristically plopped down just to relax for a bit. Mama Bear just made dinner right there with her pack explosion all around her and it was quite entertaining after seeing their regular nights of speed and efficiency. 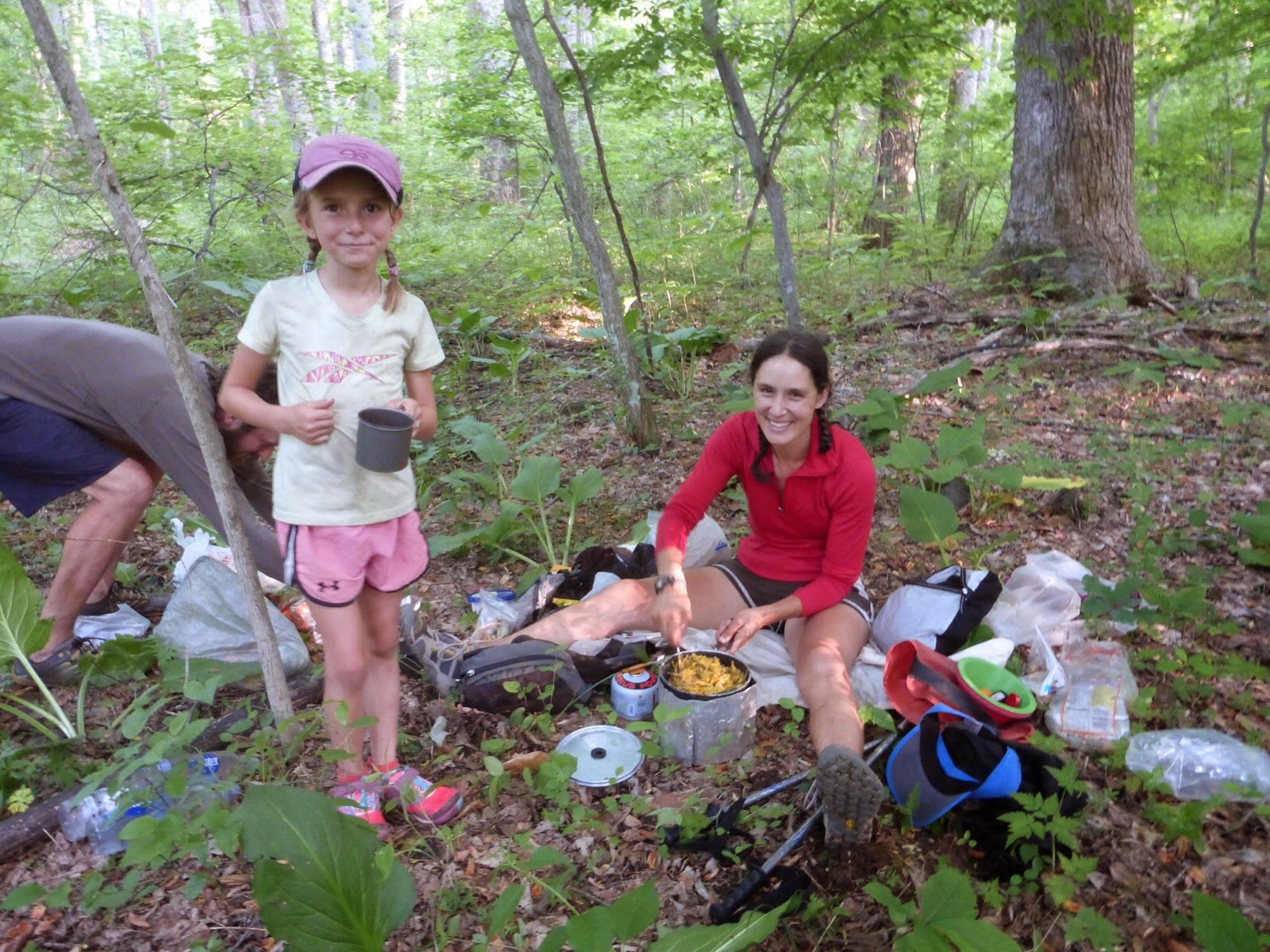 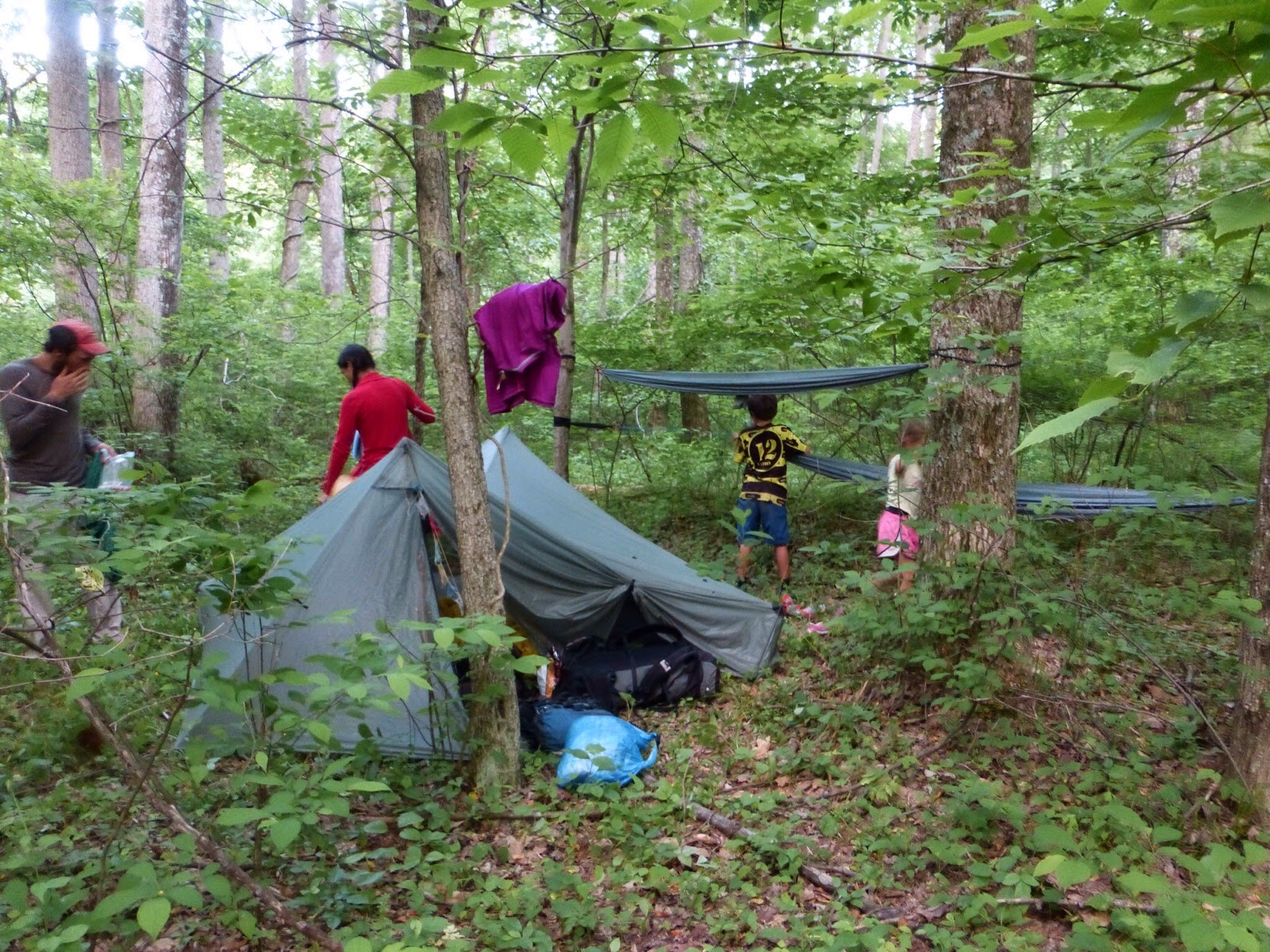 It’s now after 9pm and slightly cooling as I lay here in my sports bra and underwear to avoid sweating too much. It may rain overnight which could cool things off a bit. Tomorrow, we will hike about 13mi together before the Kallins stop off to spend the night with a family they met in the Shenandoahs who have run a hostel along the AT before and have children around the same age as Cartwheel and Robin Hood. I will hike on toward Harpers to zero and meet family, but we have similar schedules that may overlap in a few more days! 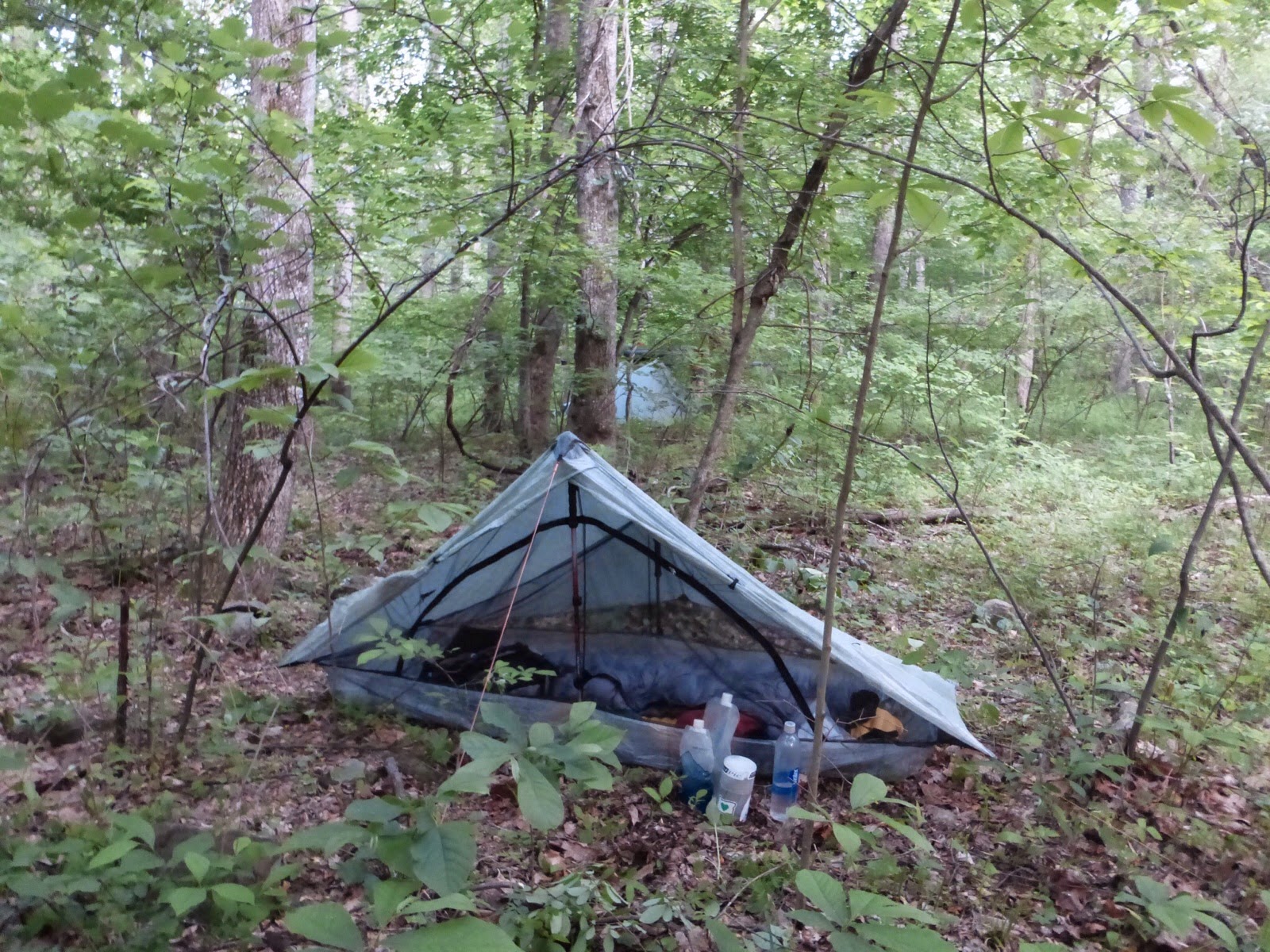 A side note, I forgot to mention yesterday that I had my first embedded tick on my ankle yesterday and that sucker was really in there. It was a wood tick so not a carrier of Lyme, but wasn’t wearing my permethrin treated socks which I was saving til I needed them and have coming in Harpers. I really think the permethrin is working though. More ticks were found by all the Kallins today with Cartwheel again having the most with 8 ticks found over the day. It’s been fun as she announces each one of them humorously as she removes them without breaking a stride by yelling out in the voice we’ve all been doing to announce things for fun in the woods. We announce things like a train conductor would say, “ALL ABOARD!” It’s our own entertainment and good times. Things like, “SHELTER TO THE LEFT!” or “2 MORE MILES” gets yelled by one of us and then the others repeat it on back as we hike in a train. Oh the fun:) Good times, good times!