It’s is a late night in my tent and it was a jammed packed day, so I’m going to do my best to summarize this wonderfully eventful day! I took my zero in Harpers Ferry yesterday and my step mom Robin and family friends Gary and Anne arrived. We stayed at a B&B in the heart of Harpers and started the day with an early breakfast and some sightseeing in Harpers which is a National Historic Park of much significance in the Civil War. I’m really glad we chose to meet here as it’s a very quaint town with so much history.

Around 10:30am, we headed north on the AT. Robin, Gary, and Anne day hiked in with me the first 10mi from town. I was very happy with our choice because they got to experience a bit of everything. That 10mi stretch included uphills, downhills, a viewpoint, some rocky trail, a bridge crossing which was also a border crossing into Maryland, a river walk, a heron, a black rat snake, an AT shelter, turtles, other hikers, and a Wired pose photo! Just a great condensed version of the trail. 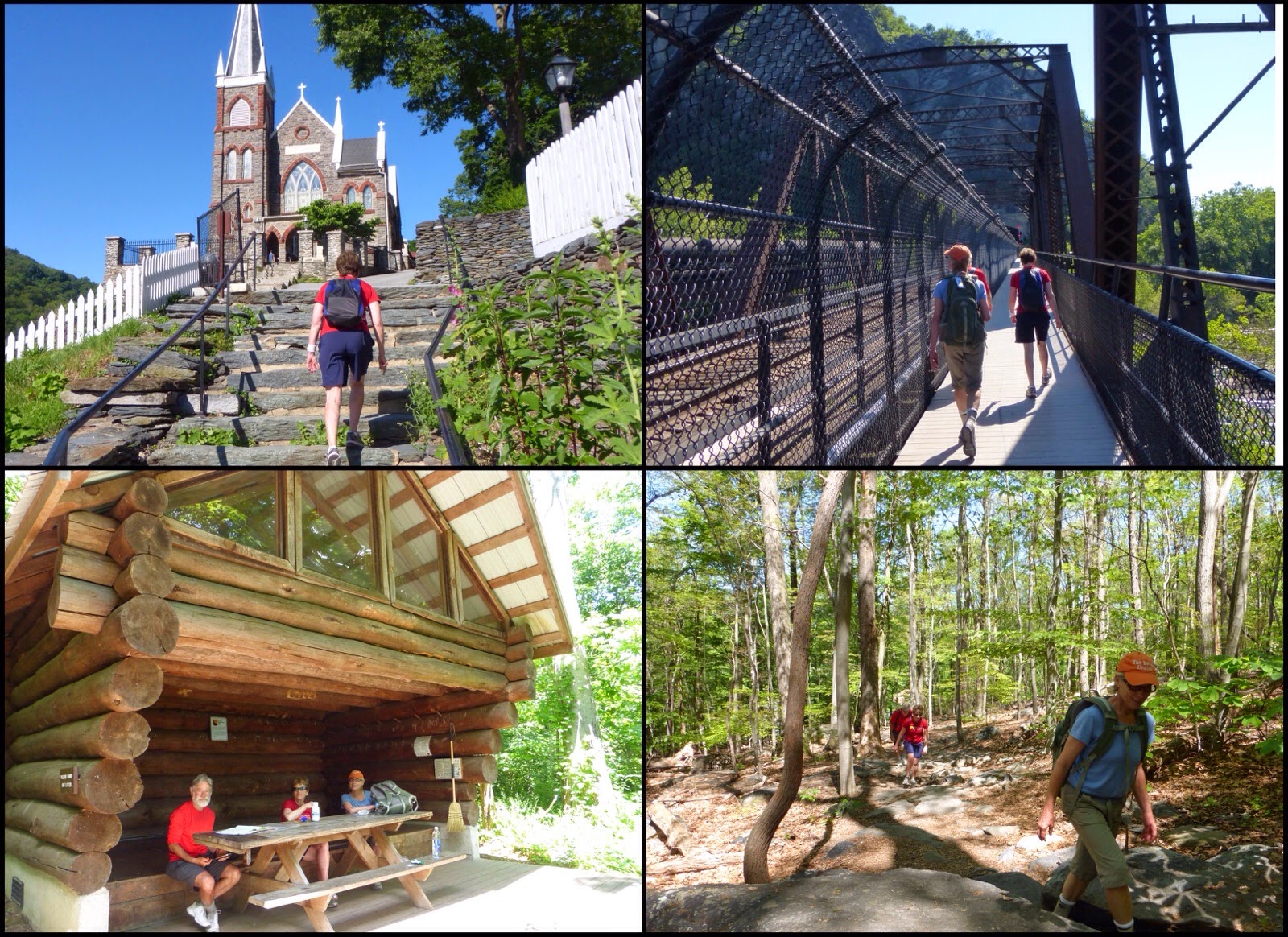 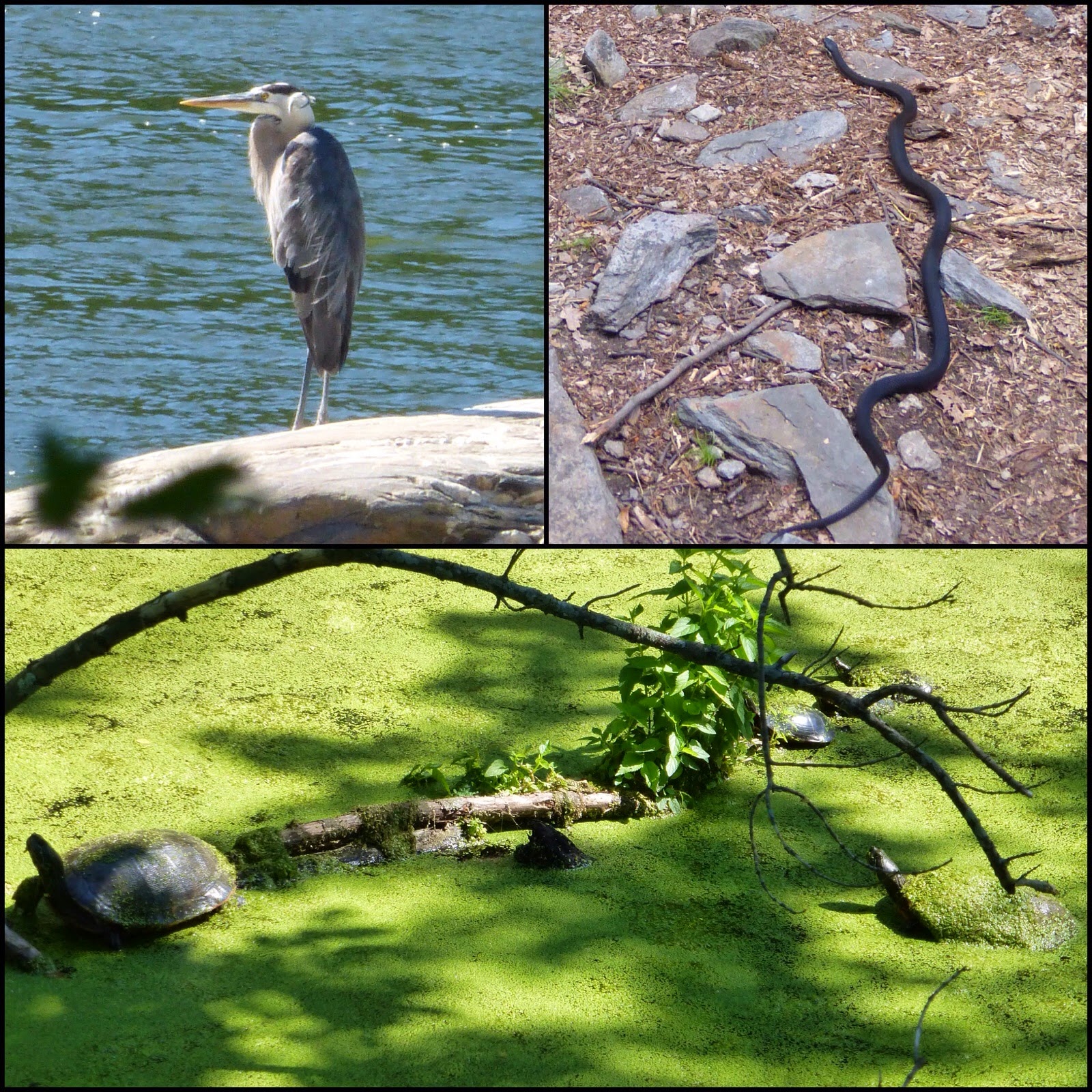 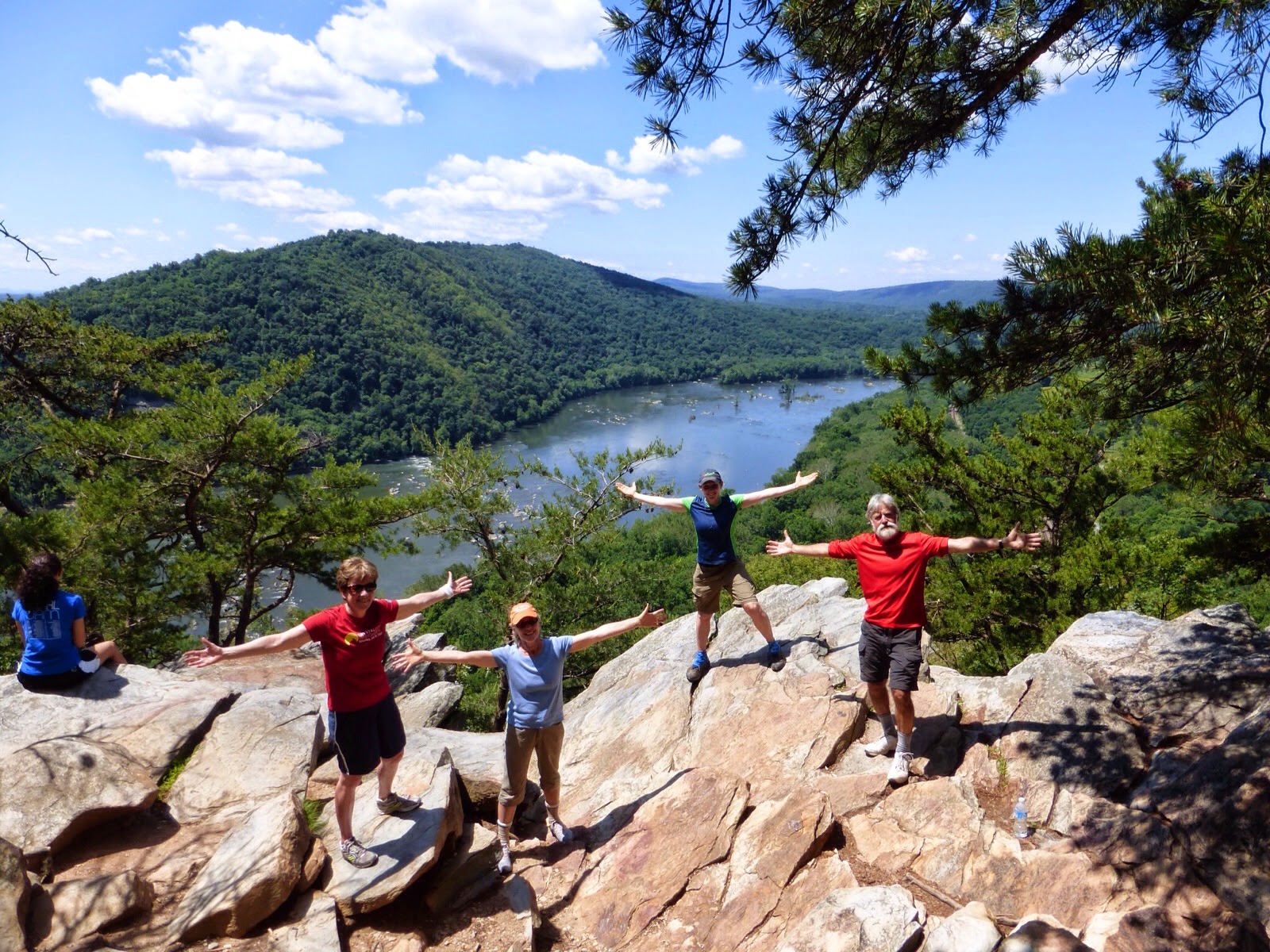 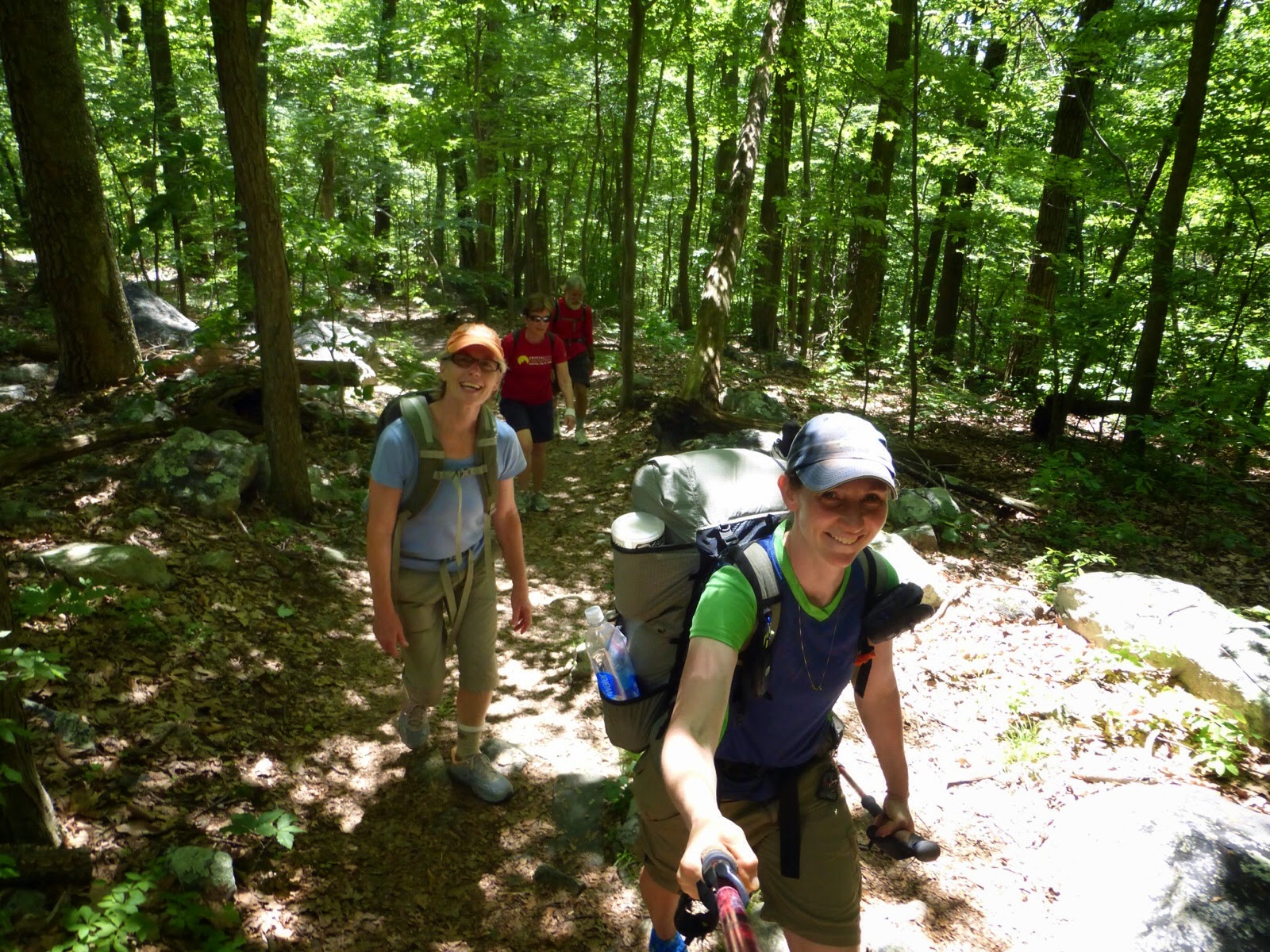 It was great to share the trail with them and they survived, ha! I know there is the journal for everyone to read, but it means a lot when I can have people important in my life experience part of it with me. Thank you to Robin, Gary, and Anne for taking the time and effort to visit! It was just great! Our end destination was Gathland State Park. 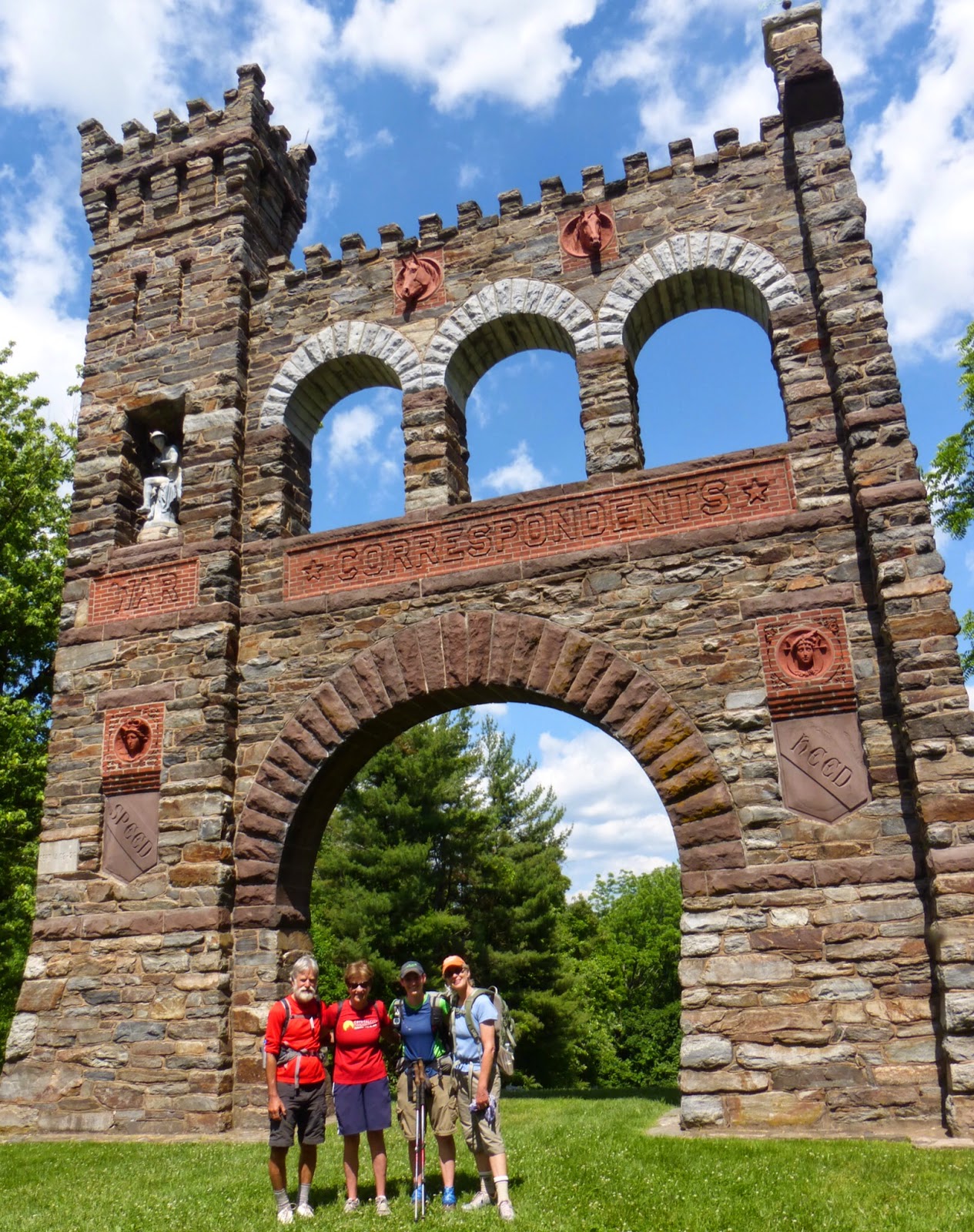 It worked out perfectly that the Kallins hiked these 10mi yesterday before going i to Harpers, so they were able to use Gary and Anne’s car to return to the trail and we didn’t have to figure out how to get the car to our endpoint. Today was Cartwheel’s 8th birthday and long ago she decided that she wanted to spend it in Harpers and then pack in ice cream and root beer to do trail magic for the hikers. It was perfect because we got to end our day with ice cream. Add trail magic to the list of things Robin, Gary, and Anne got to experience! 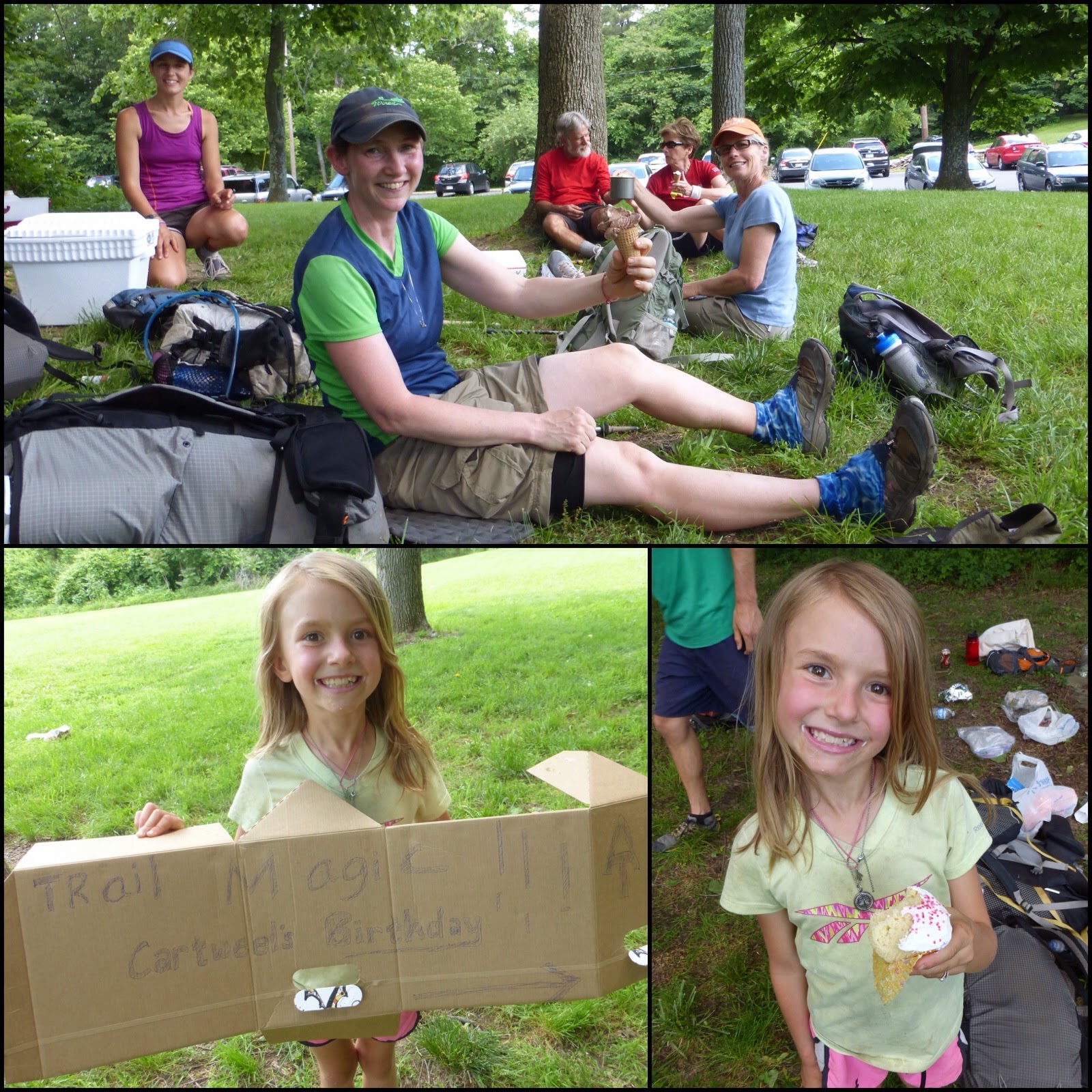 I said goodbye to Robin, Gary, and Anne after we enjoyed our ice cream as the Kallins closed up shop and we all hiked together for what really may be the last time! Seriously! My plan is to really stretch my legs the next 100mi until I get to Duncannon where the Pennsylvania rocks will start. Cartwheel and Robin Hood still want to try to keep up and are asking to attempt a 30mi day tomorrow, which I’m thinking of doing, so Robin Hood says I may see them late at camp tomorrow. They are so determined! We’re all attached and Duncannon is also where I’ll be getting off to visit the Hershey Headquarters and possibly the amusement park. It would be really fun to do that with the Kallins, so the ultimate scenario would be if they keep up enough of a pace to do that with me just arriving in town a half day later or so…we’ll see, but for now this is sadly goodbye. We’ve had a great run!

As for tonight, it is a Saturday so we knew many people would be at the public campground that we were ending up. It turned out that two groups were doing trail magic, so we got huge a spaghetti dinner with garlic bread and green beans along with cheesecake and chocolate moose cake for dessert. Pretty great! All In had hiked in a half gallon of ice cream with dry ice so there was even ice cream and Cartwheel and Robin Hood enjoyed playing with the dry ice and using it to make carbonated drinks. Good times, good times! It was quite a day. 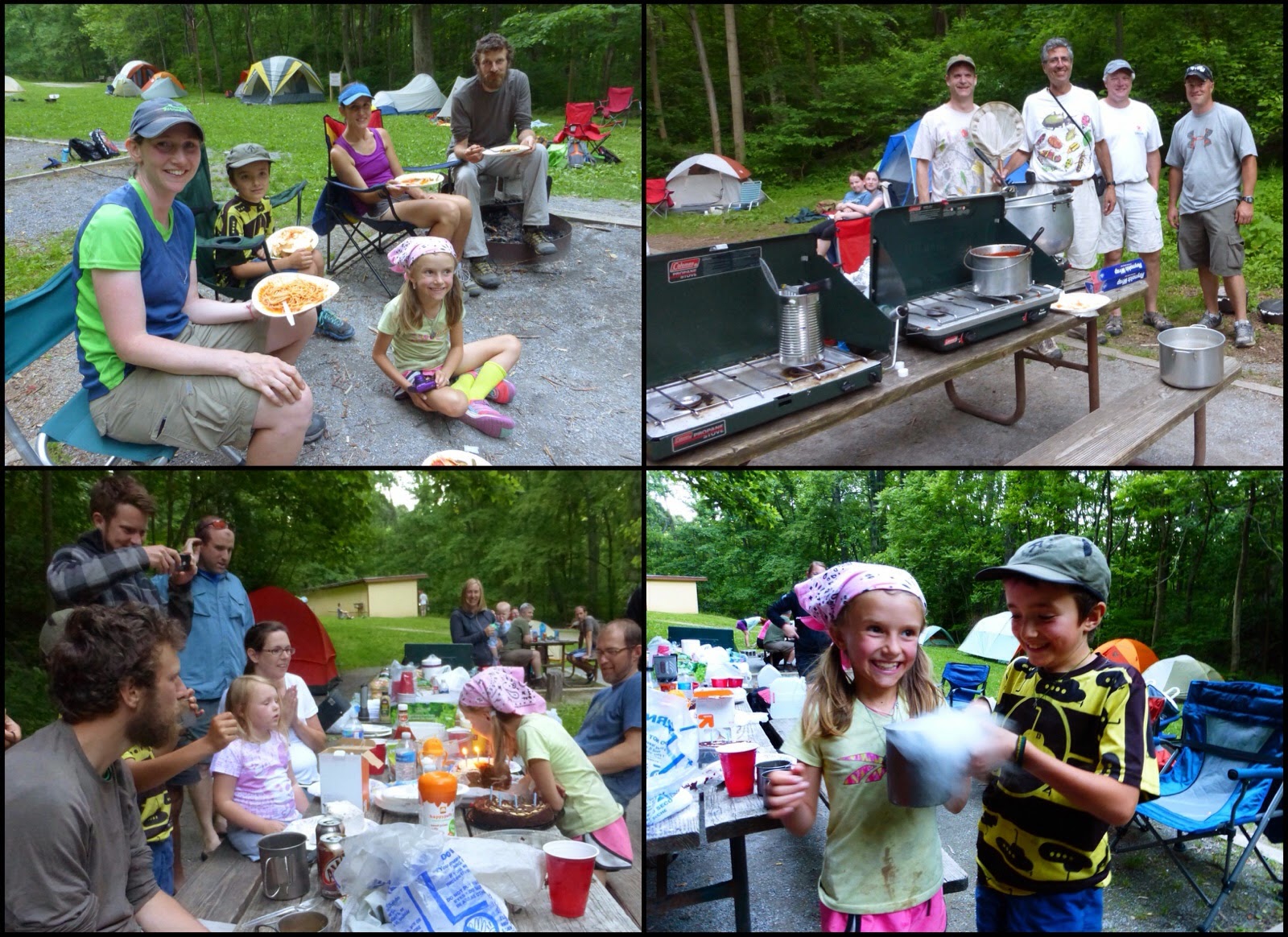