So today is Friday the 13th…with a full moon! Of course today had to be eventful. The rain continued of and on through the night and the humidity in the air in the morning was very thick. Each night I put my daily multi vitamin and fish oil tablet in my hat so don’t forget to take them in the morning. This morning when I grabbed them from the hat. The air was so moist that the multivitamin had partially dissolved into the hat and was sticky in my hand. The fish oil capsule was all stretched out and very thin. Yuck. I was hiking by 6:45am and it was another foggy morning completely blocking all views. I am so over the rain and fog, but I know that tomorrow I’ll be cursing the sun… 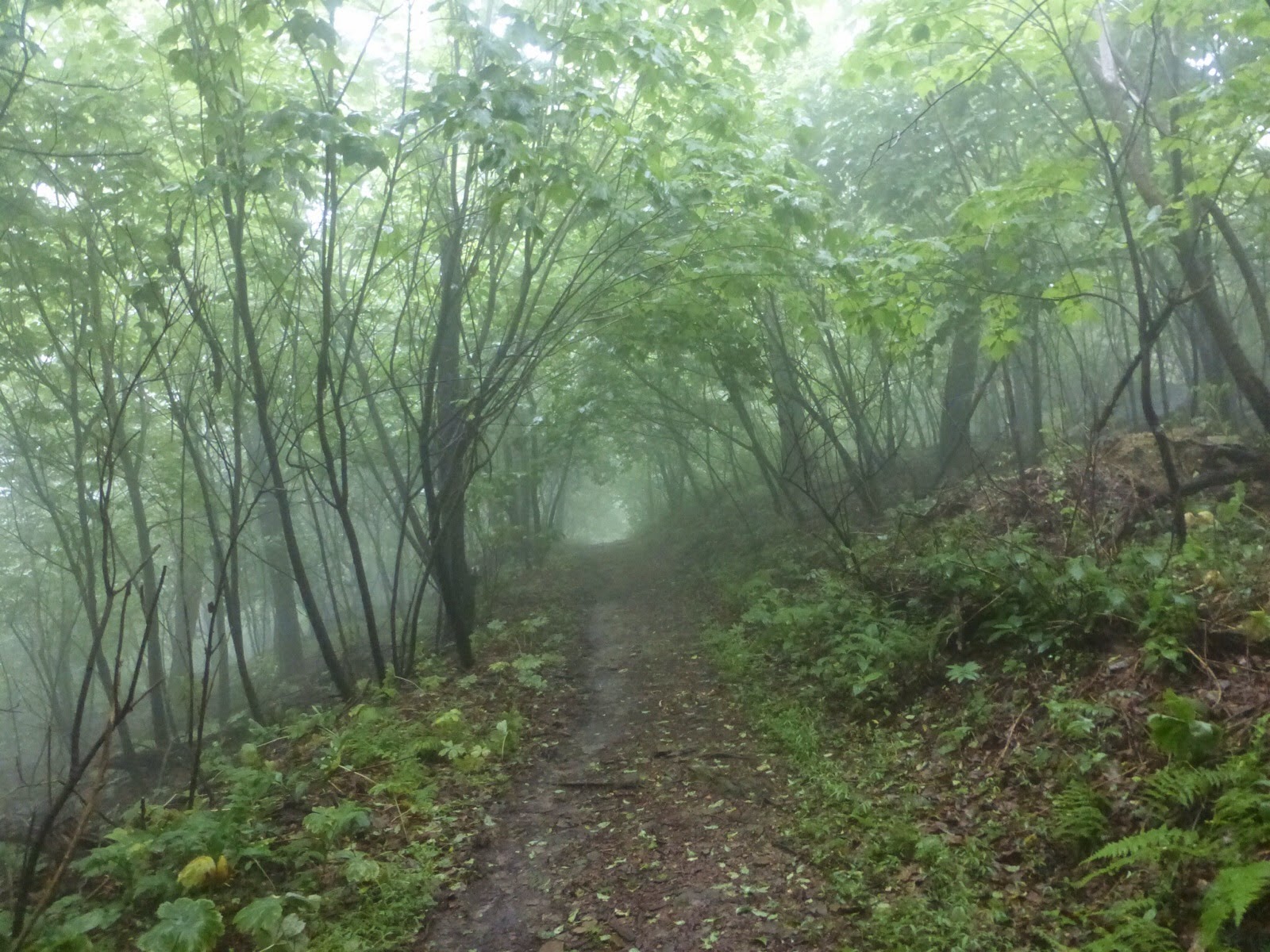 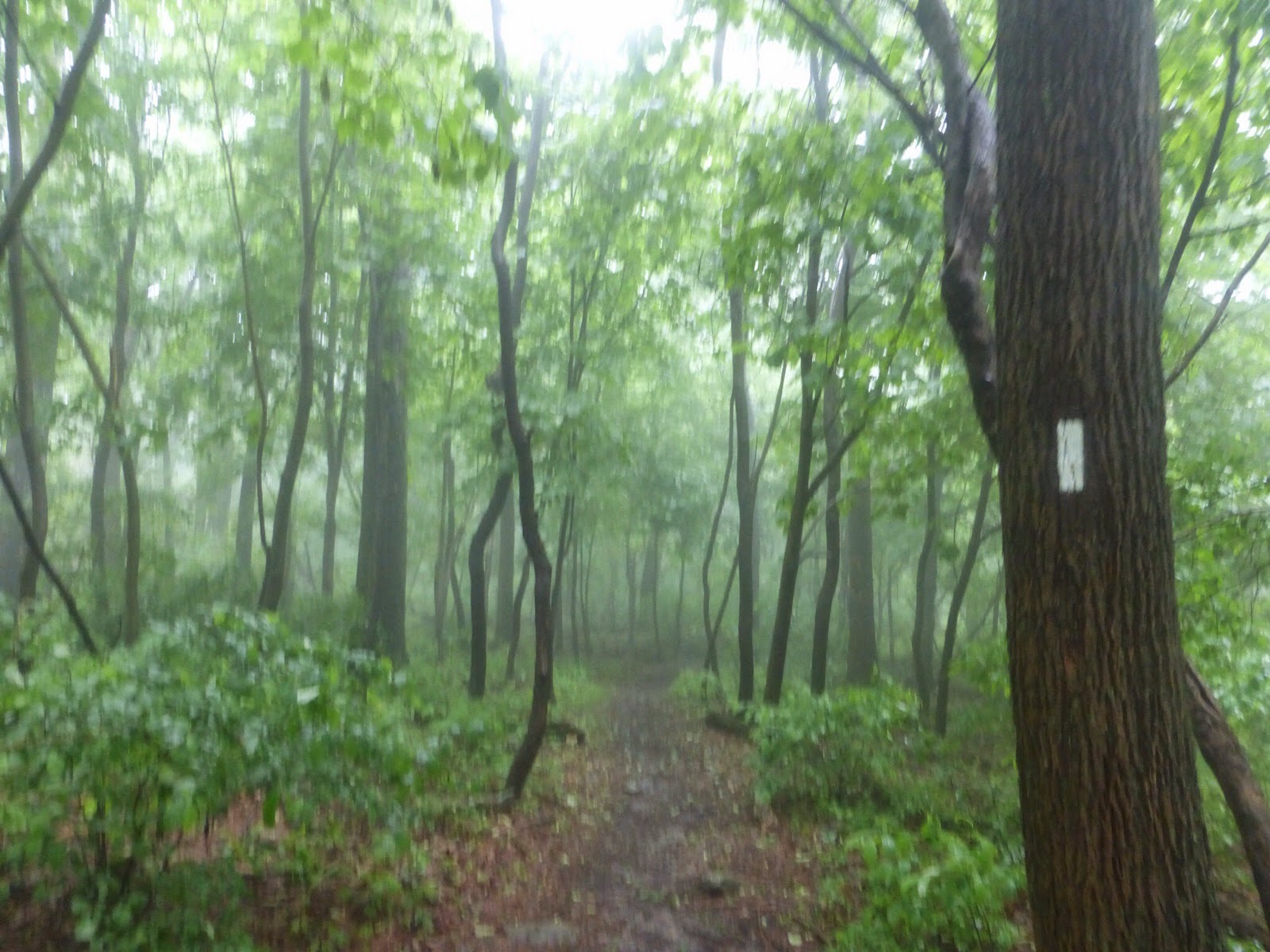 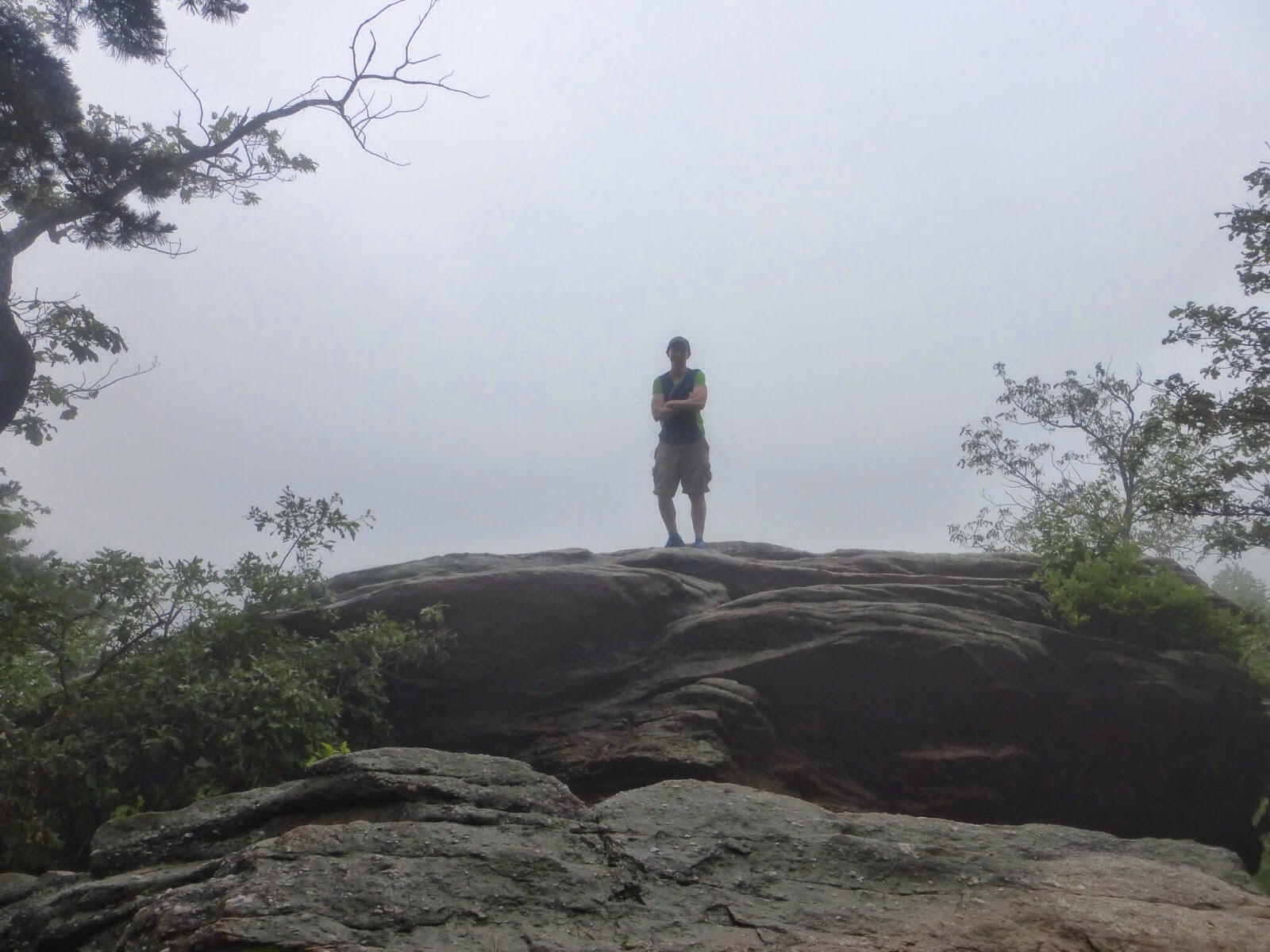 Around 10am, the sun tried to break through and I also saw a view for the first time in forever! 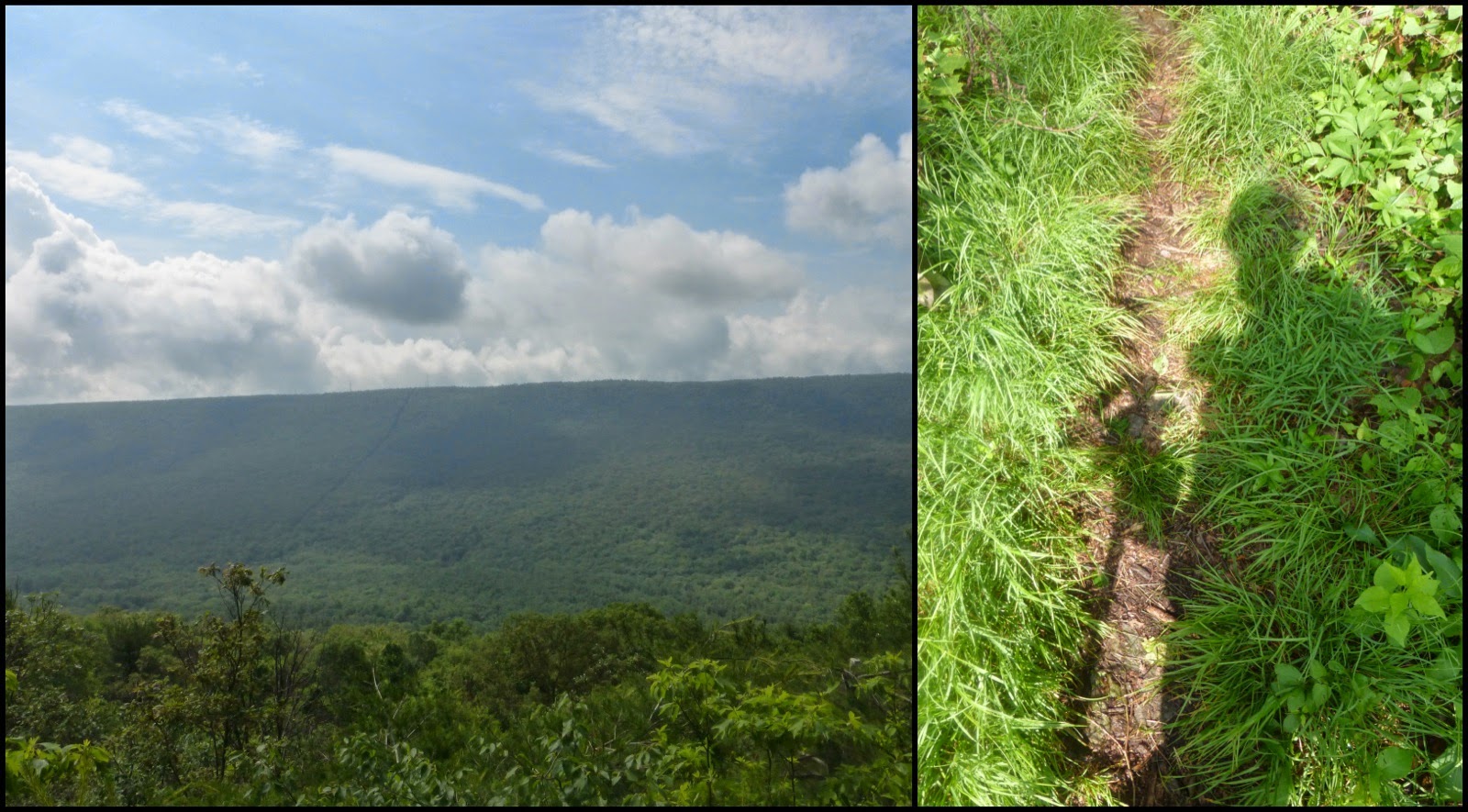 I wanted to dry things out and knew more rain was coming, so I kept a good pace aiming for lunch near a parking lot where I might not have to deal with mud and wet leaves. I even had my phone come out of my pocket and didn’t realize it for at least 5mins. I then had to drop my pack and run back up the hill and back down once I retrieved it. Two other hikers had just found it when I got there, whew! By the time I got to lunch, the dark clouds were back. I quickly ate and attempted to lay out the tent. While I was there, a lot of other hikers arrived and stopped to eat there too before the storm hit. Most of them were the ones I had met at the half gallon challenge earlier this week. Four of them were slack packing (hiking with empty or no packs) for the rest of the week. Pennsylvania seems to be very popular for slack packing for some reason. 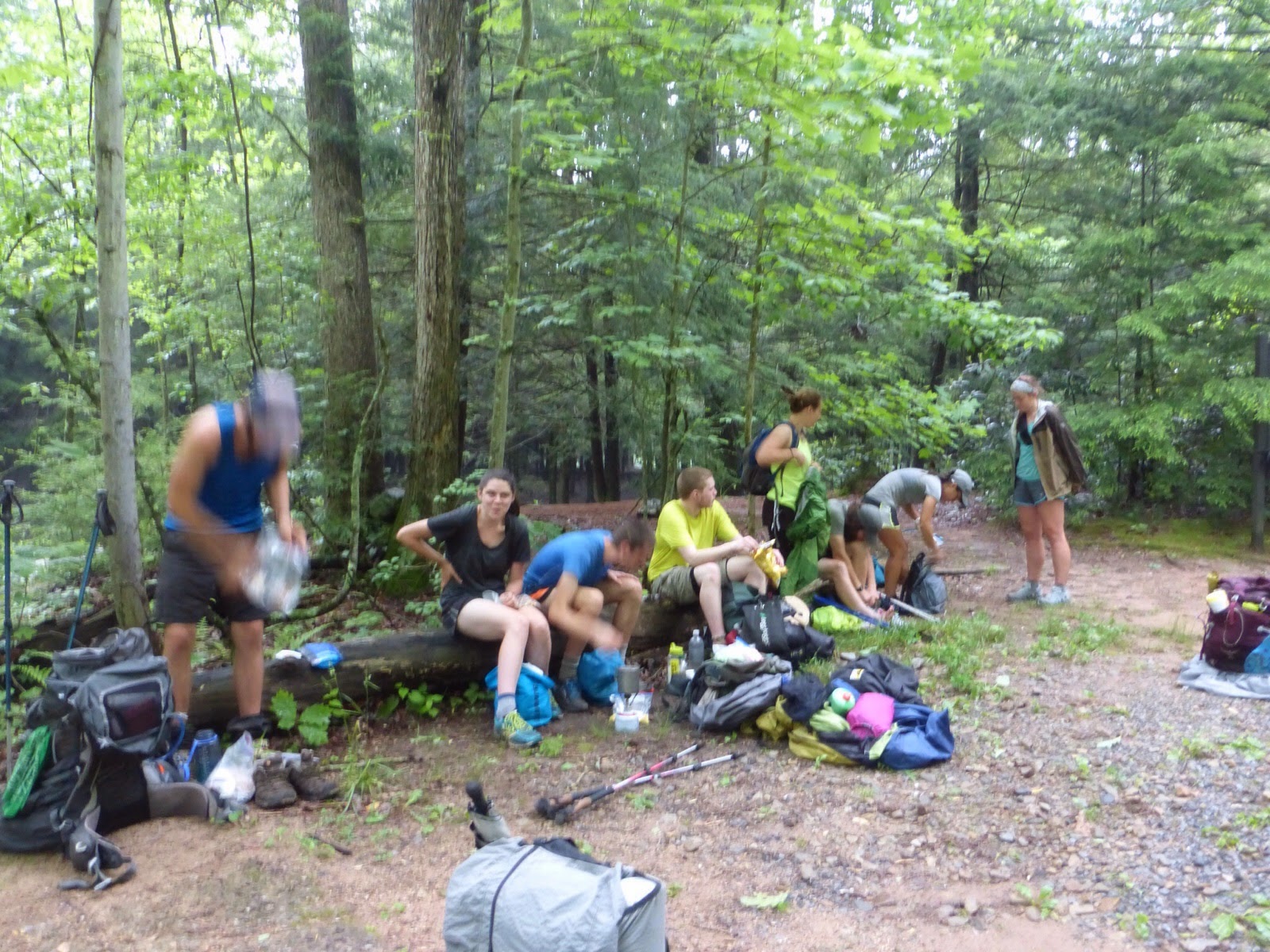 I ate and packed up quickly and snapped this photo as I left. Then seconds later the downpour began. It rained hard for at least 30mins and then a steady rain for another hour. I didn’t even need my rain jacket and the Chrome Dome umbrella saved the day again! It keeps my top half dry and don’t even have to put away my camera because it’s in a case I have velcroed near my shoulder. Here is a photo from under the umbrella. 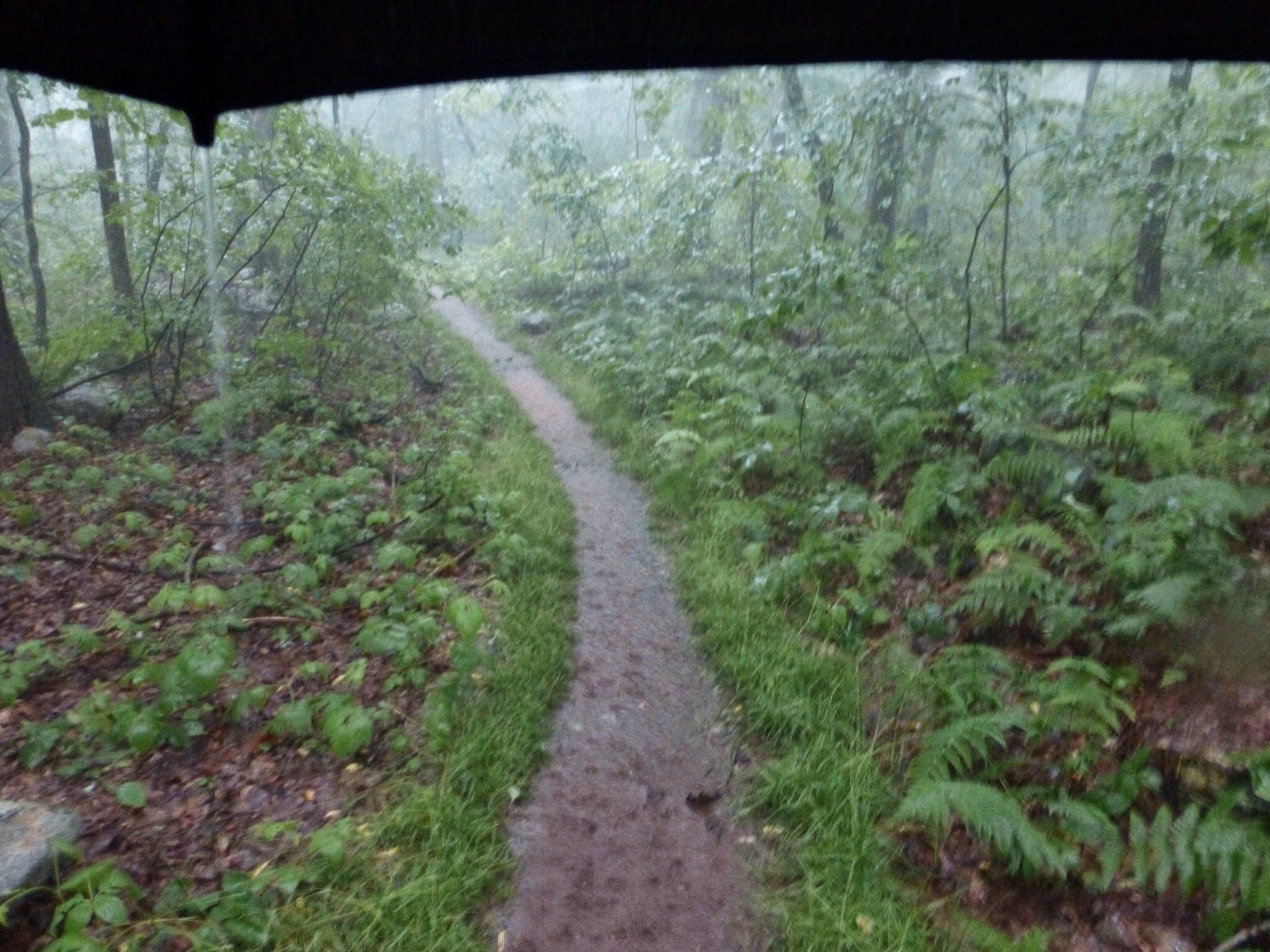 Since it was warm out, the rain and flooded trail didn’t feel cold at all. When the rain ended, the rest of the day was spend splashing through ankle and shin high water along with mud and leaves. My legs were covered in the mud and leaves. 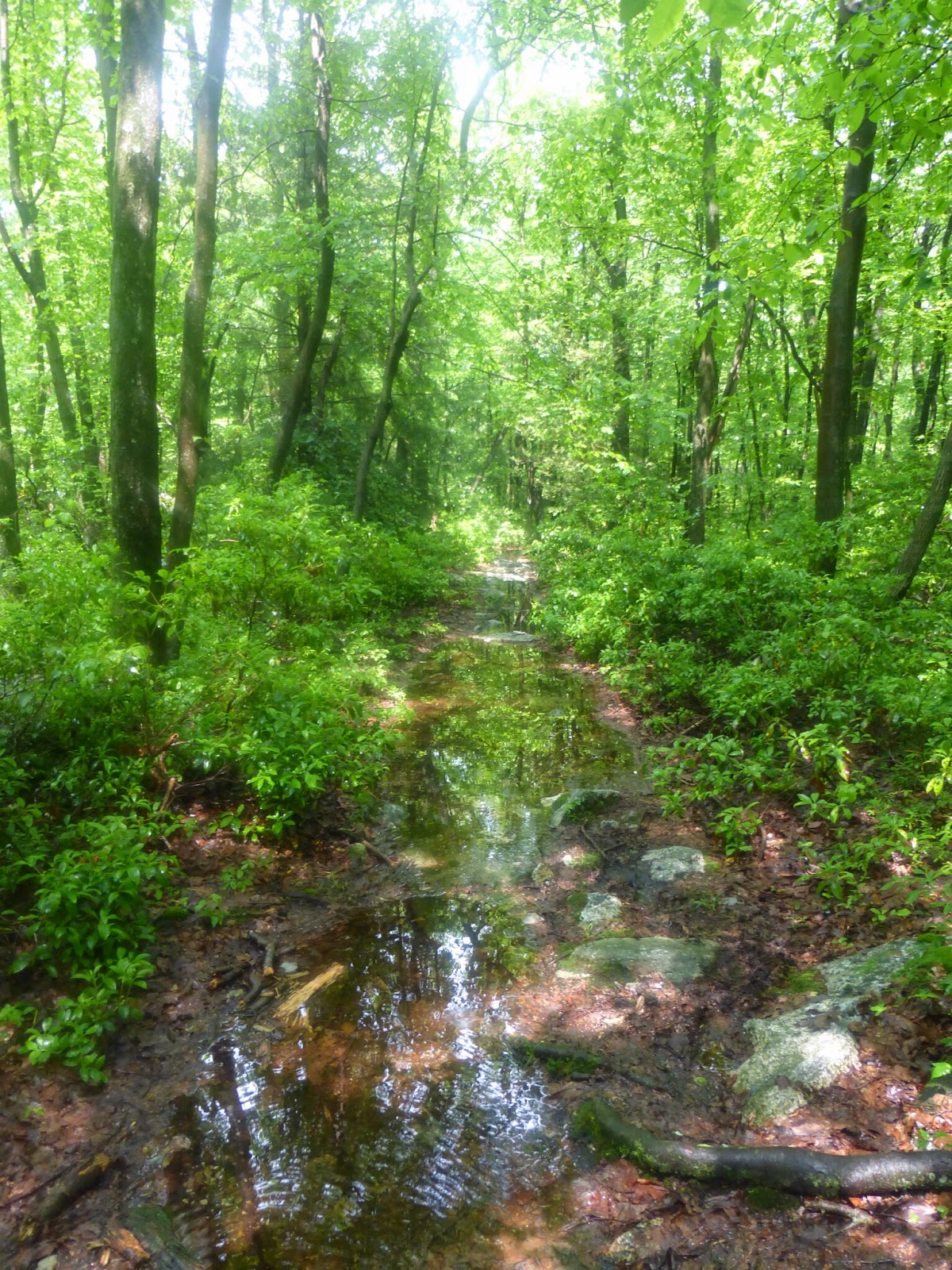 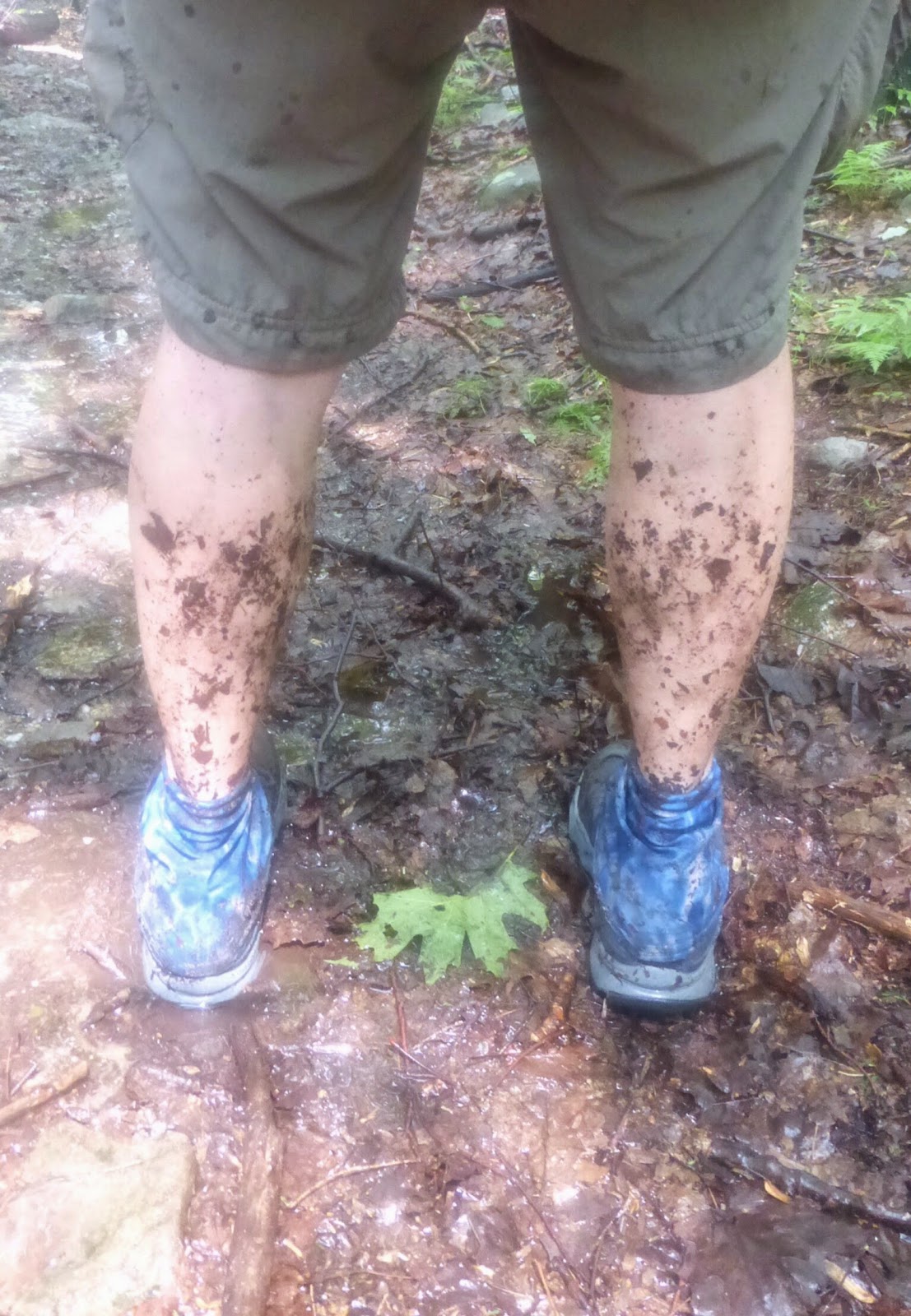 Just after the last photo was taken, I stopped to wash my legs off in the trail which was a running stream in that part. As I was bending over to get the leaves that were annoyingly stuck to my leg, the velcro on my camera case somehow came undone and the whole thing fell in the water! Argh!!!! I’m pretty pissed and am hoping it will dry out tomorrow or in town in a bag of rice. It still turns on and shows signs of life, but there is water inside affecting the focus of the lens and the visual on the screen. Less humidity and sunny skies are ahead tomorrow, so I’m just hoping it hangs on. The rest of my photos were taken with my iPhone.

I felt really good hiking today and was happy that I had my energy back. After the rain, the humidity seemed to drop a bit. The trail was very level and less rocky than I expected, so I was totally in the zone and cruising! It even felt fun the rain. I tend to hike by time and pay less attention to mileage. Around three I tend to look at where I might camp. I noticed that I was on track to do over 30mi, sweet! I cruised the final miles and about half a mile before my intended stopping point, I came across the person waiting for the slack packers and the other thrus from their group that will join them tomorrow. I decided to stop at 6:15pm at their site since it was a Friday night, all the campsites were near roads, and I make a conscious effort not to camp alone near roads. That got me to 30.4mi for the day which may be my only 30+mi day all trail. The rest of the hikers arrived about an hour after me and quickly set up tents as thunder rumbled and the sky got dark again.

The rain has held off to just a sprinkle so far, but the forecast for tonight has storms possibly coming. Then sun tomorrow with less humidity expected! It has cooled down nicely to a comfortable sleeping temperature and I’m nodding off as I type this, so I’ll say goodnight. Even with the rain, it was a fun day and it was nice to get in the zone again. I’m going to sleep well!