I awoke this morning to no humidity and cooler temperatures! A reprieve from the past week of heat, humidity, and rain and it thankfully stayed in the 60s all day. I have been waking up wide awake much earlier than I need to, and this morning it was right about 5am. I slept by a stream hoping the white noise would keep me asleep longer, but no luck there. I tried to go back to sleep, but around 5:20, I gave in and did some emailing and finished the season finale of Parks & Recreation…”well played! I am really enjoying the relaxed pace of the AT. The trail is shorter and I don’t have to worry about early season snow up north that could affect my ending. I have plenty of time, so I’ve been hiking 1-2hrs less per day than I did on the PCT and CDT and that feels luxurious!

I started hiking by 6:45am this morning and most at the campsite were not even stirring yet, so I figured I wouldn’t see them again today. I soon noticed wet footprints on the rocks indicating that someone was ahead of me. It’s rare that anyone gets such an early start and I soon caught up to them to see that it was the mother/daughter(adult) pair of Yeti and Smurfin’. I met them briefly coming into my last town and they are nice to be around. It’s just really great to see a mother and daughter doing the trail together. I hiked with them for a few hours this morning, but I didn’t get a picture when we split when they took a break as I anticipated leap frogging more throughout the day. It was nice to have some distraction as the trail was again very flat(yay!) with little change in scenery(boo!). It actually got mind numbing toward the end of the day. There were some rocky sections to change things up a bit from time to time. I’d say 1/3 of the day had rocky trail so it didn’t slow me too much. Here are the varying levels of rocky trail. 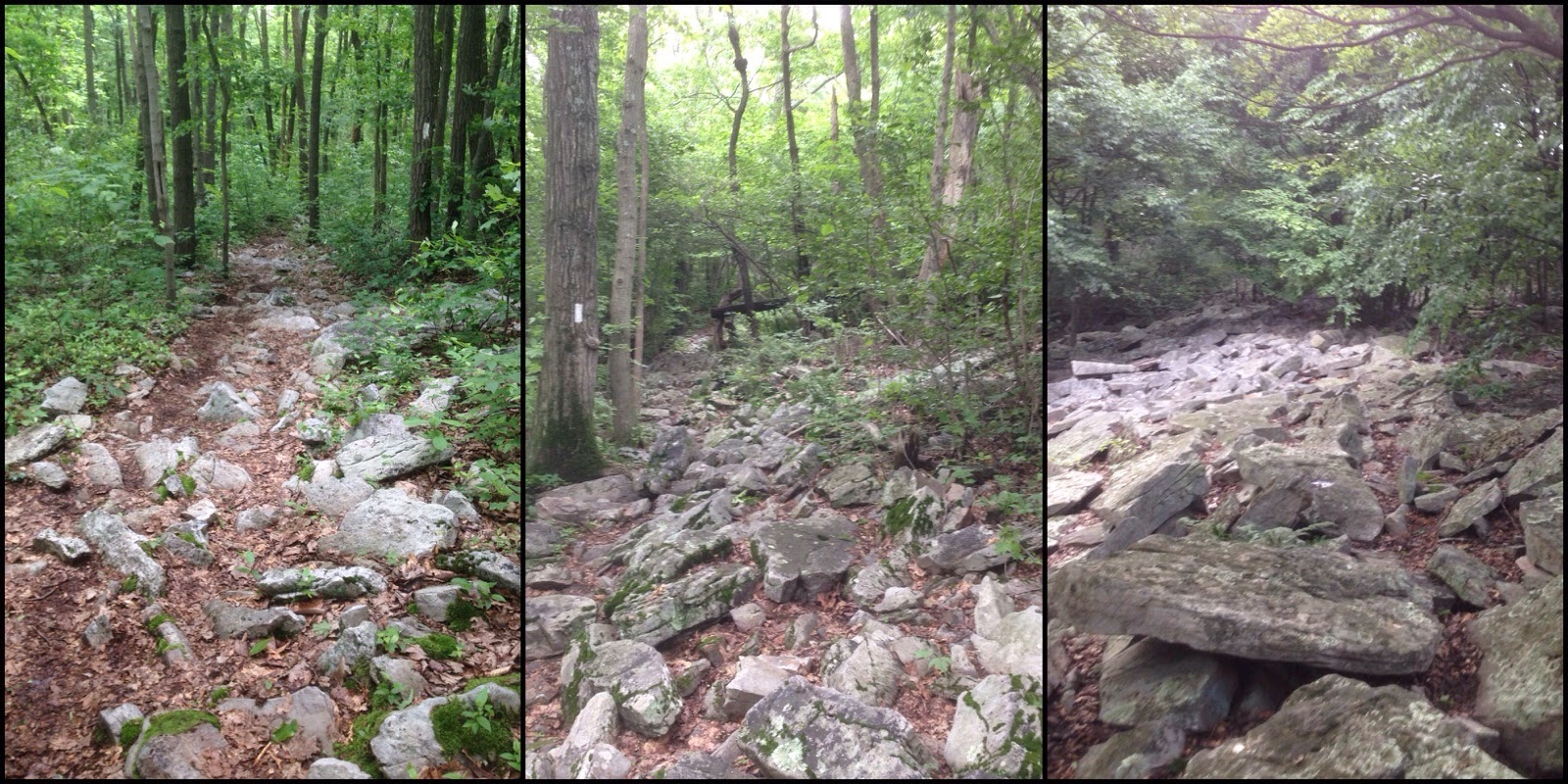 It’s Saturday, so I did see more weekenders, but definitely not as many as I expected. I didn’t see anymore thru hikers though. I had lunch at a rocky lookout spot and four men and their sons were there too. Just as I was finishing a group of about 20 teenagers just out for the day on their own came up another trail and completely invaded the space with some of them smoking. It was overwhelming and jarring. They seemed either oblivious or not concerned with how they were affecting everyone else’s experience and the teacher in me had to bite my tongue. Instead I took a picture and they soon headed on down the trail. 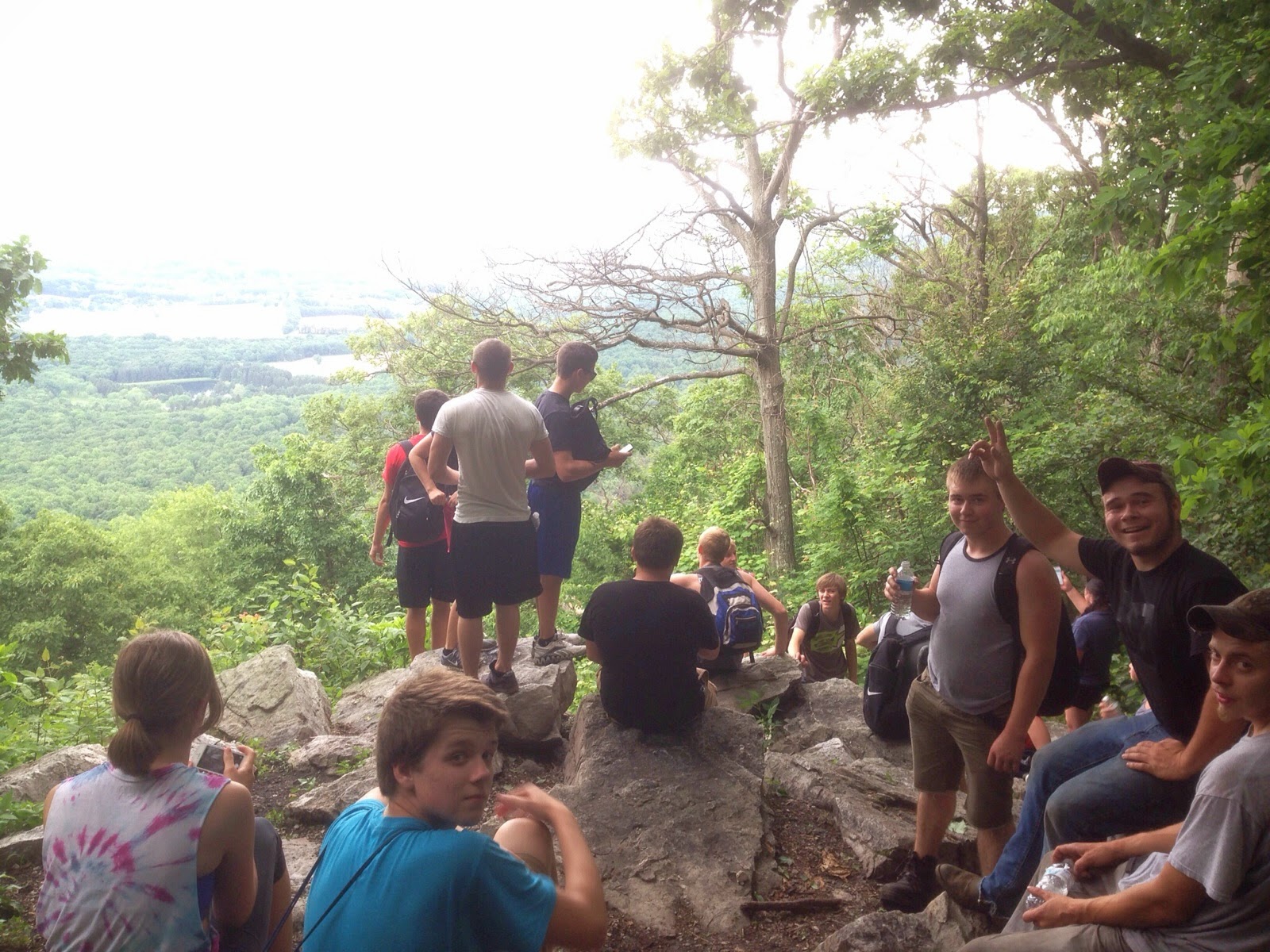 The rest of the day was really mellow. There were a few viewpoints the first half of the day and they were all the same view. You can see that elevation is quite low. 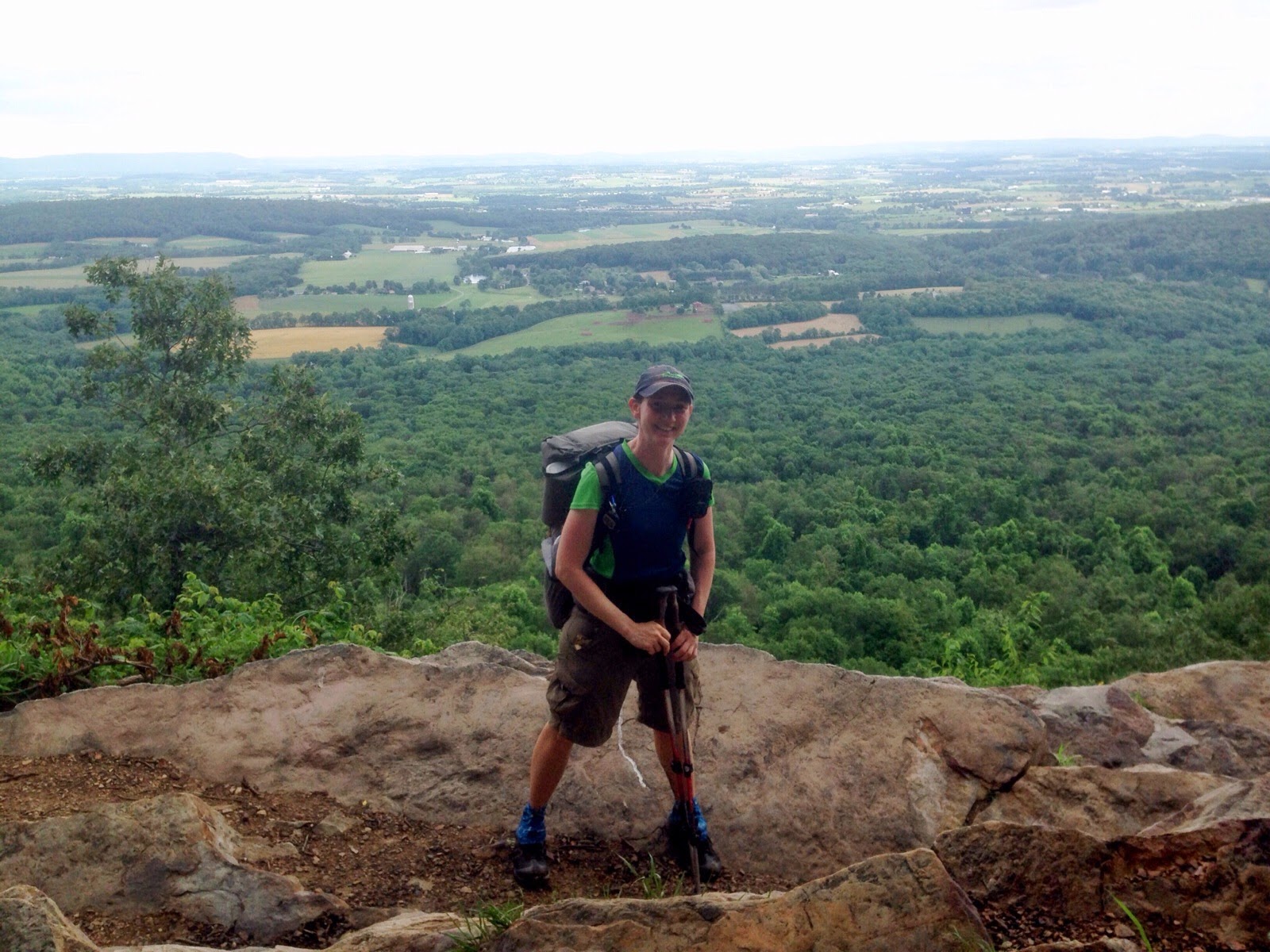 I didn’t feel like I was moving at a quick pace, but when I checked my mileage in the afternoon, I was pleasantly surprised to see that I was much further than I thought. With all the hype about the Pennsylvania rocks and how tired I was last leg, I thought these 70mi on this leg would take much longer to do than they did. I’ve now been told that the rockier sections start next leg. The next leg is 75mi and I had originally planned to do both in one long leg, but decided to split it into two legs to conserve energy and give myself a break in the middle. So I know it seems like I just got back on trail, but I only have 9mi to town tomorrow for a nice relaxing nero. I’ll take it! The night in Hershey didn’t include my regular time to catch up on emails and blog stuff, so things have built up. 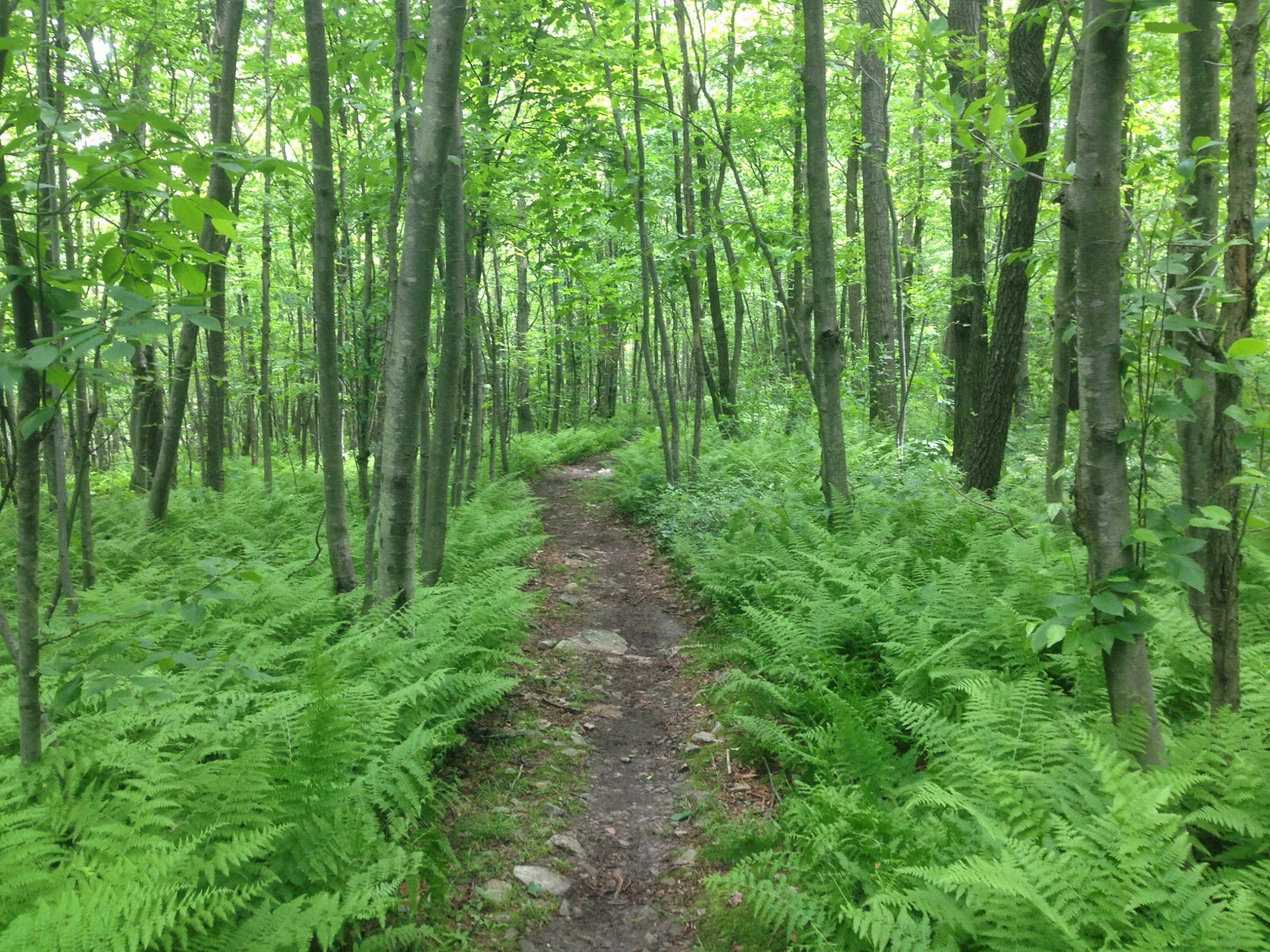 The fun part is that the people hosting me are Drop-N-Roll’s parents! Those of you who have followed my previous hikes know that I met DNR on the PCT in 2011, she ended up moving to Portland in 2012, and then I did 1/3 of the CDT with her and my other PCT friends last year. Many of you enjoyed her CDT blog too. It will be fun to stay in the house (and actual room!) DNR grew up in. 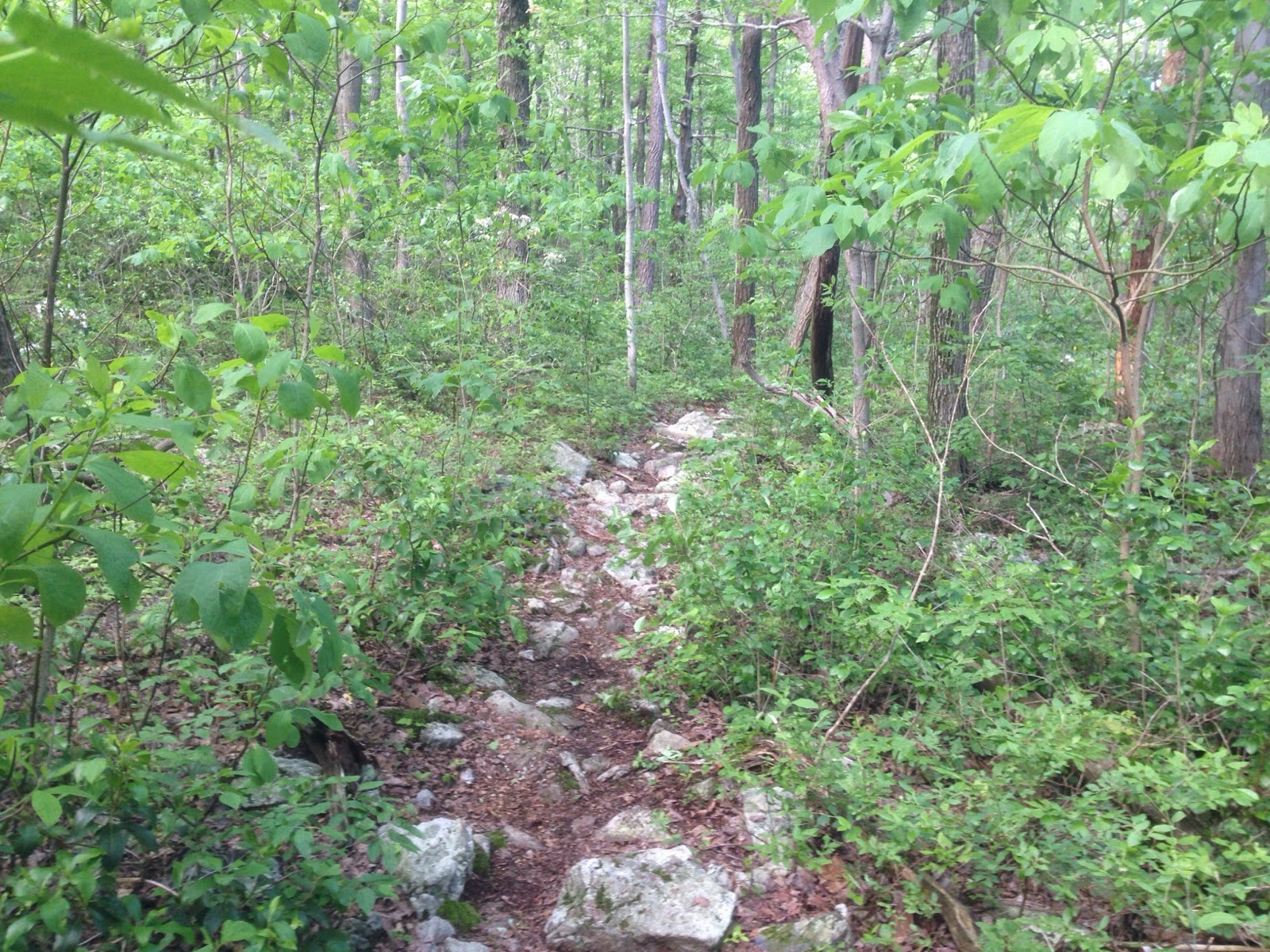 As for my campsite tonight, I finished by 6:20pm and I’m camped off a side trial to a shelter just far enough to avoid a crowd, if there is one there. The best news of the night is that it’s in the 50s, so I’m wearing my wool pajamas and down jacket and am super cozy! It was breezy when I got here and I thought I heard distant sounds of civilization, but then thought it could have been the wind. It has since died down and I can clearly hear house music and traffic, but I’m 2mi from a road, so maybe it’s carrying from somewhere else. Ah, the woods of the AT on a summer weekend! 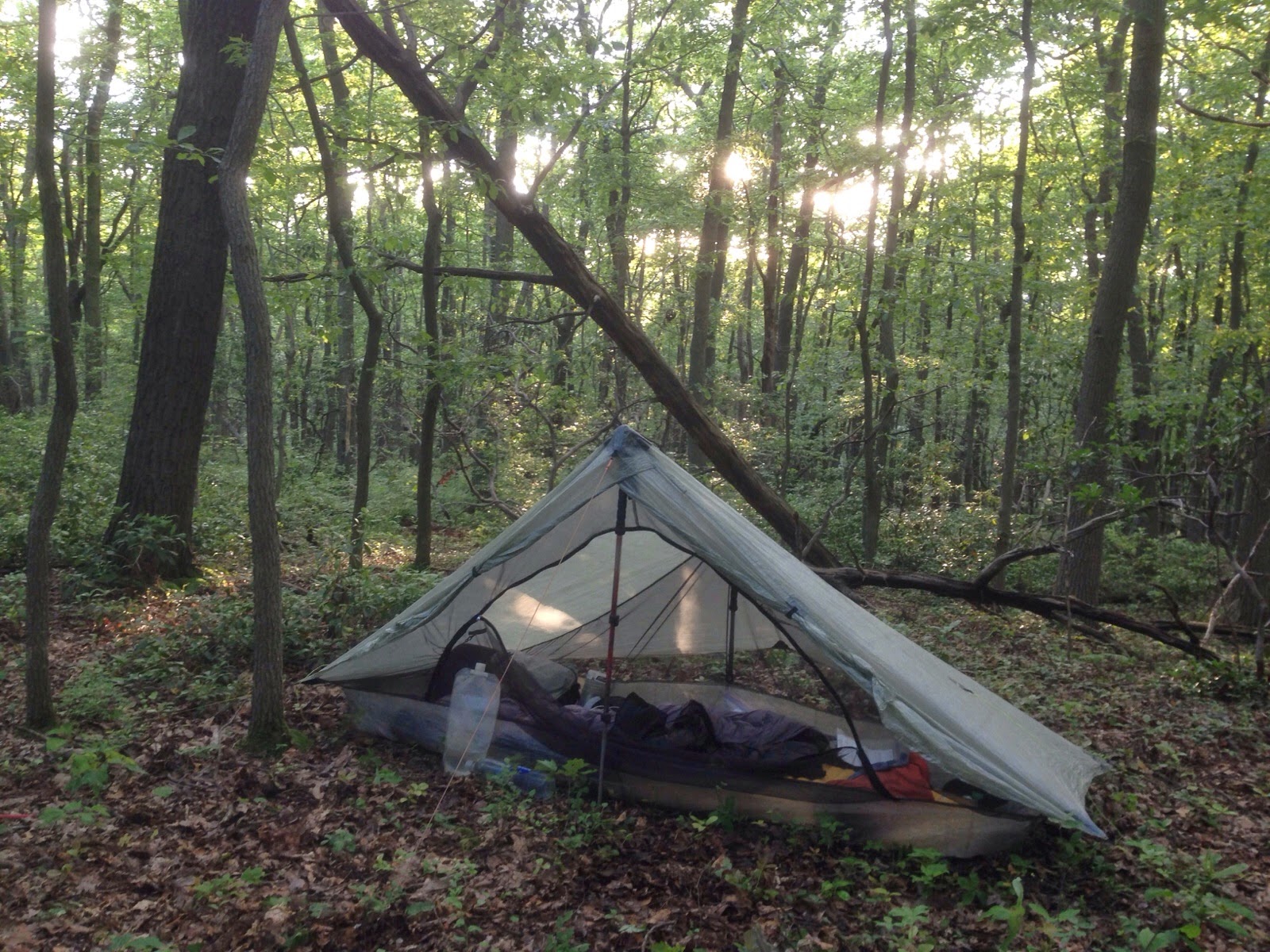 Two more things. I keep forgetting to mention that I finished the audiobook of The Road and agree that it’s not the best for the trail. Just depressing, but Yeti said she read it for school and had a greater appreciation for it when she studied it more in depth. I am changing things up with a lighter book that was recommended to me, Where’d You Go Bernadette by Maria Semple. A humorous book about the disappearance of woman who is a mother and wife. It took me a bit to get into it as there are multiple characters and voices, but it definitely helped to pass the time the second half of the day. The other thing is that the camera is still on the fritz after it fell in a flooded out trail yesterday. There is hope as it does turn on, but then spastically attempts to focus and refocus. I tried putting it in a Ziploc with some of those absorption packets that were in my Mountain Houses and will put it in rice overnight tomorrow. There’s still hope, but the iPhone was a good backup today. Now the music has stopped and I can hear cheering and a marching band and fireworks…what could it be???