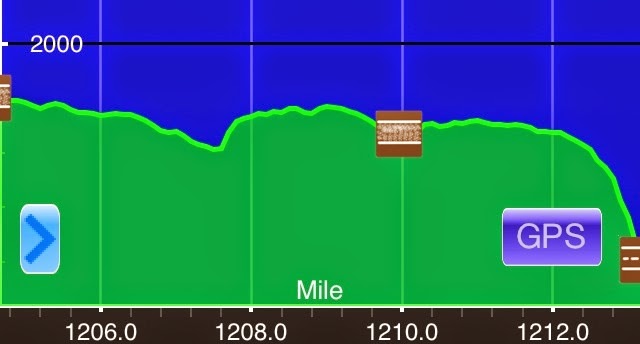 It’s pretty late and I still have lots to do, so this will be a quick summary of a productive nero! I got going at 6:45am and only had 9mi to get into town. Temps were so cool that I started off in my down jacket and pants. That didn’t last long, but I love the cool mornings and am glad they aren’t completely gone. The trail was rocky in and out, but I was still able to maintain a quick pace. I was able to get a delayed photo of the rocks. I’ve heard the real rocks of Rocksylvania are going to appear in the next two legs. As I was hiking, I got a flood of correspondence from people who heard the Kallin’s interview that aired on NPR this morning. So proud of them! ROCK STARS and it’s great to have hiked with celebrities, ha! 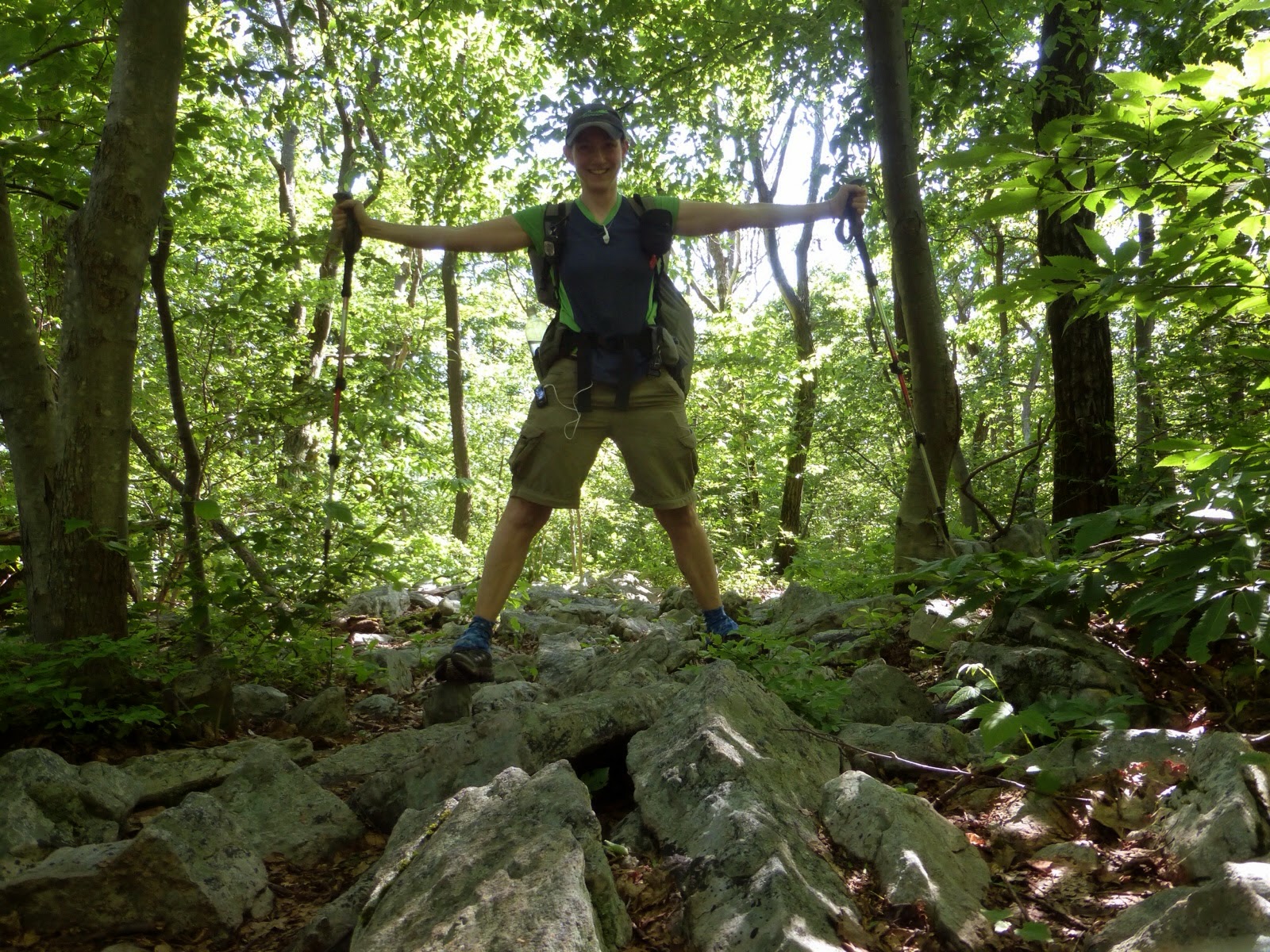 As I mentioned yesterday, I was being picked up by Drop-N-Roll’s parents, Frank and Dori to go to their home in a nearby town for my nero. Those of you who have followed my previous blogs know that I met DNR on the PCT, she then moved to Portland where I live, and we did 1/3 of the CDT together last summer. Many of you enjoyed her CDT blog. Right when I got to town, Frank and Dori were there to meet me. 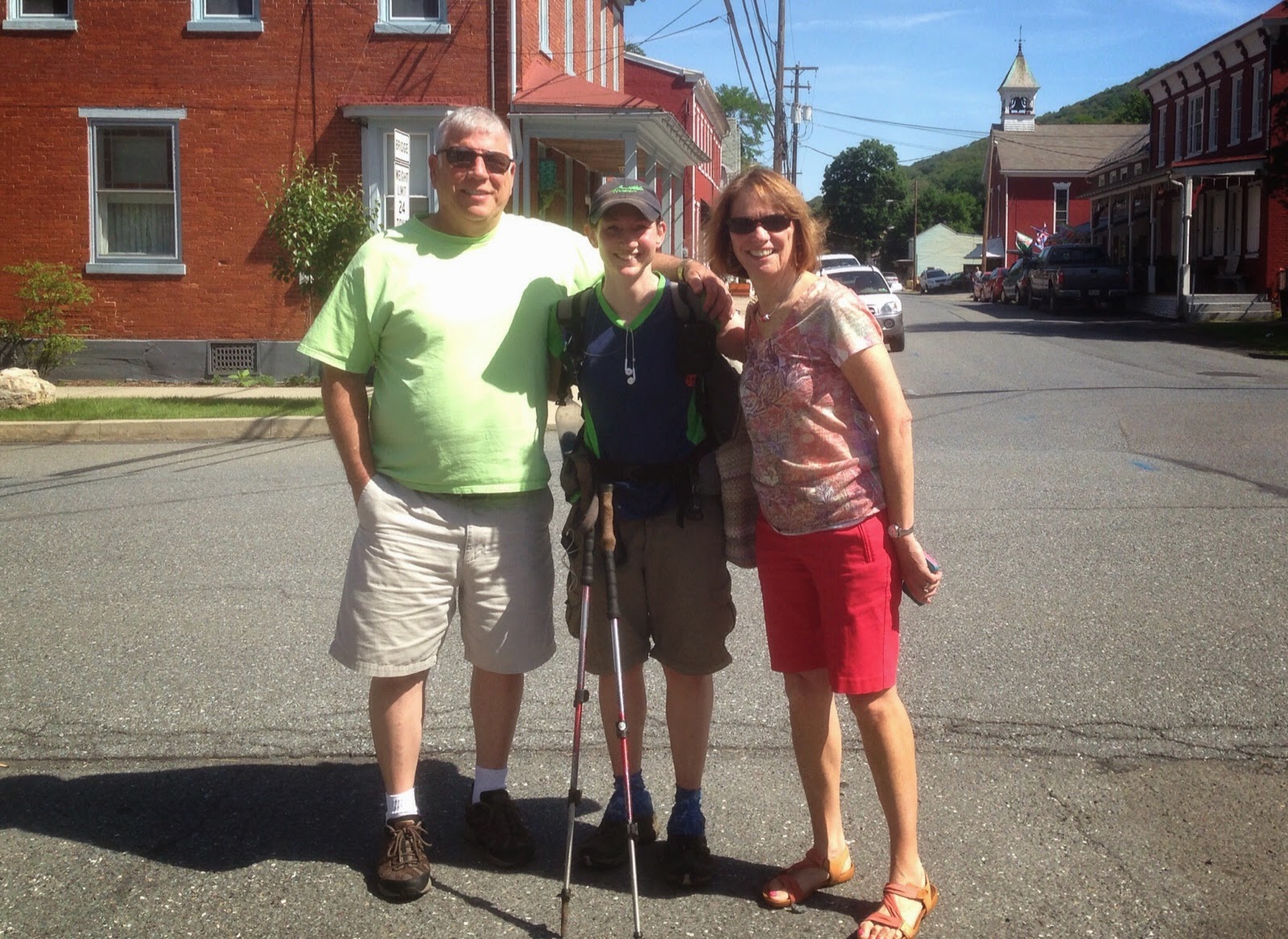 I got to town at 10:15am and you would think that would be plenty of time to get things done, but these nero days just fly by! Most of the day was spent at the house where I was able to do my shower, laundry, and catch up on blog/correspondence. Frank and Dori were sure to keep me well fed. I did get to weigh myself for the first time in quite awhile and somehow it said that I lost 9lbs! That is not acceptable and I was shocked. I thought maybe 5lbs, but 9lbs is too much. I haven’t been as hungry in the heat and I’m going to have to work on getting more down even if I don’t want to. The best discovery of the day is the kitchen appliance called The Bullet in which I was able to make my very own chocolate milkshake! There’s a start to gaining weight. We ate lunch and dinner on their covered patio and it was just perfect. 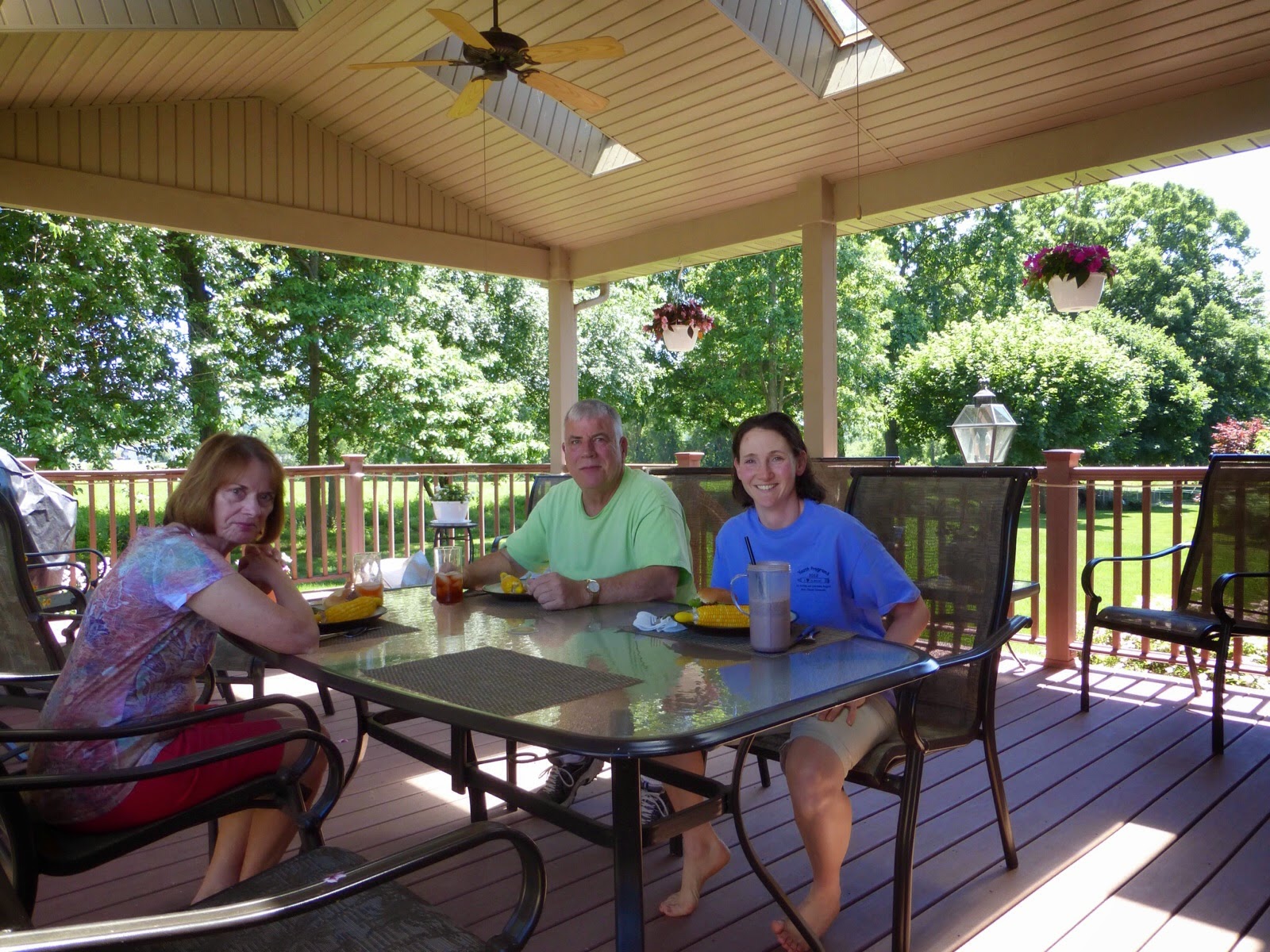 To add to all of this, they had a laptop I could use to get things done quicker along with some super speedy wifi. Just great! I did some Facetime and phone calls to catch up with family and friends. WE even got to Facetime with Drop-N-Roll who is currently in Japan for a work training and managing to climb mountains out there in her free time. You can tell that Frank and Dori have a daughter that thru hikes, because they were perfect hosts and welcomed me with open arms. THANK YOU Frank and Dori!

I’ve let things build up the last couple of weeks and the combination of a full inbox and lots of socialization has my wired anxiety near it’s danger zone. I really needed this day to get caught up and I think I may be doing another nero solo in a hotel room in the near future just to veg out and relax rather than doing lots of correspondence. It’s wonderful to get everyone’s emails and talk to everyone, but for my own sanity, I need to shut off for awhile in a town soon and take a day to just do absolutely nothing…but tv:)

I should be all caught up on returning phone calls and emails so if I missed one that may have gotten lost in the shuffle, I’m sorry! All of you have been really supportive and many of you have offered support along the trail. I know I can’t make them all happen, but I just want to thank those who have offered. I want to send a special THANK YOU to Brain who really made my day today. I know he probably doesn’t want to be mentioned, but it’s too late now and he knows what he did, so THANK YOU BRIAN!!!