Today was a refreshingly smooth day. I wanted to get an early start from the hotel, so Two Weeks had me back at the trail by 7:20am. It was a great zero and THANK YOU to Two Weeks for making it even more relaxing by being there to help out the last couple of days. I have a lot of trail magic to do when I return to Portland to balance the scales of all the support I’ve received along this trail.

Almost immediately, the trail crossed the Delaware River into New Jersey this morning. It was quite a long bridge, but sadly no welcome to New Jersey sign. 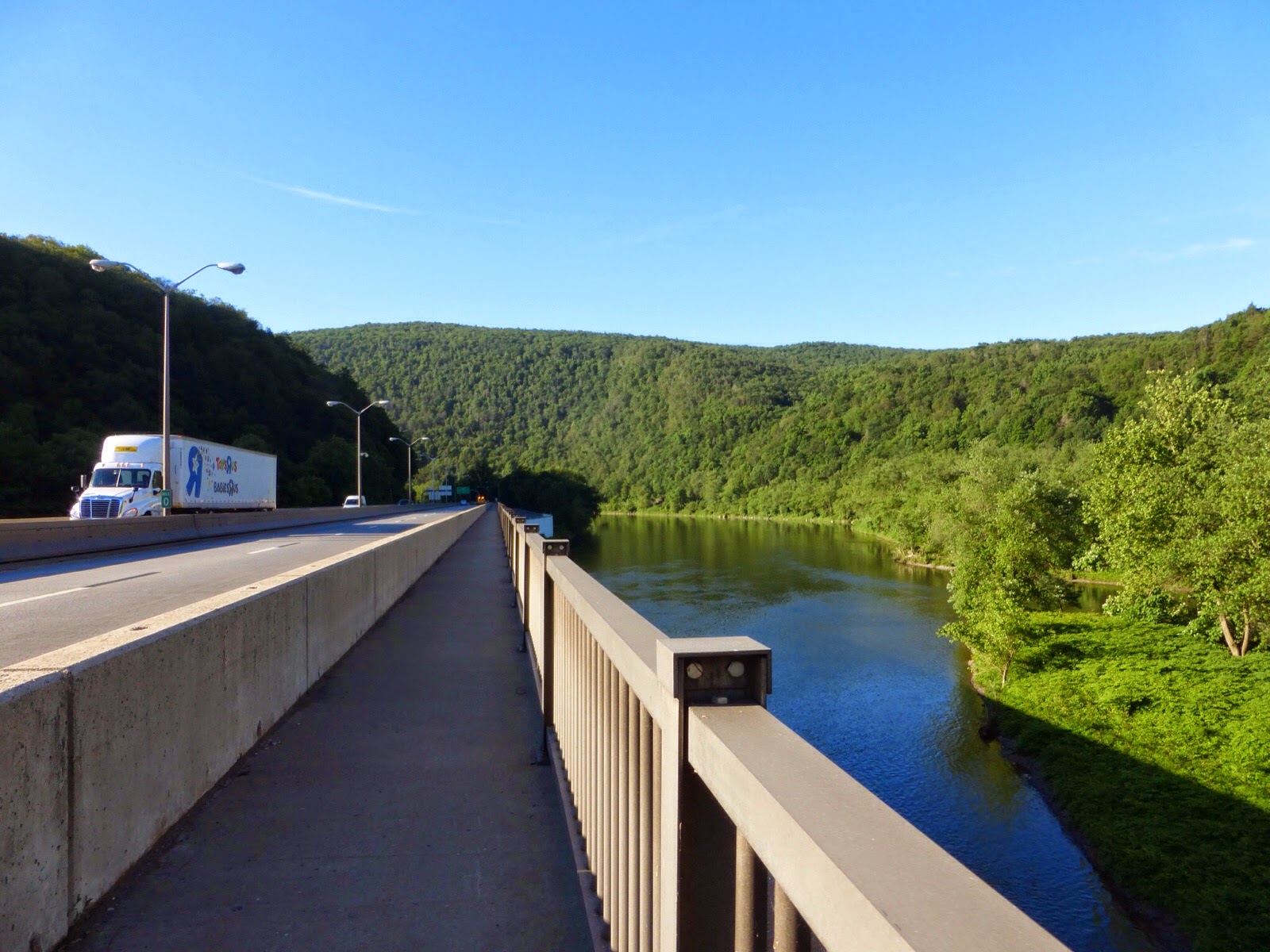 Mentally, it felt like a huge shift in the trail. Pennsylvania is over and I’ve heard it just gets better and better from here. The hiking today still had rocks, but it was somehow no big deal because I was in New Jersey! 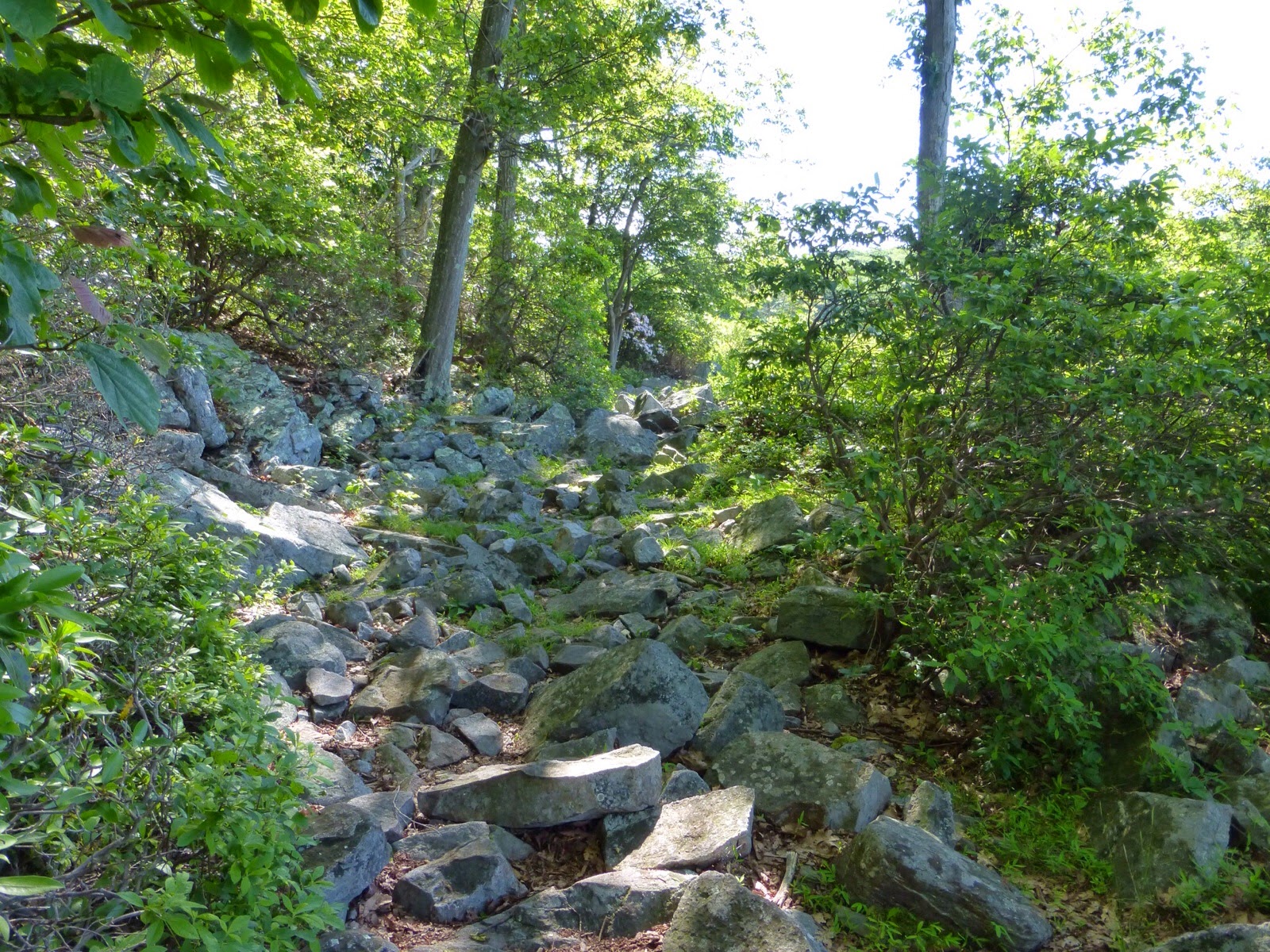 The elevation was mostly level and was along a ridge so there were many views today. This is also where the trail starts to pass by more lakes. Actual lakes! It was uplifting to sense and then literally see a change in the trail. The views were not anything spectacular, but I feel like it’s been such a long time since I’ve had these expansive views that I was more affected by them. 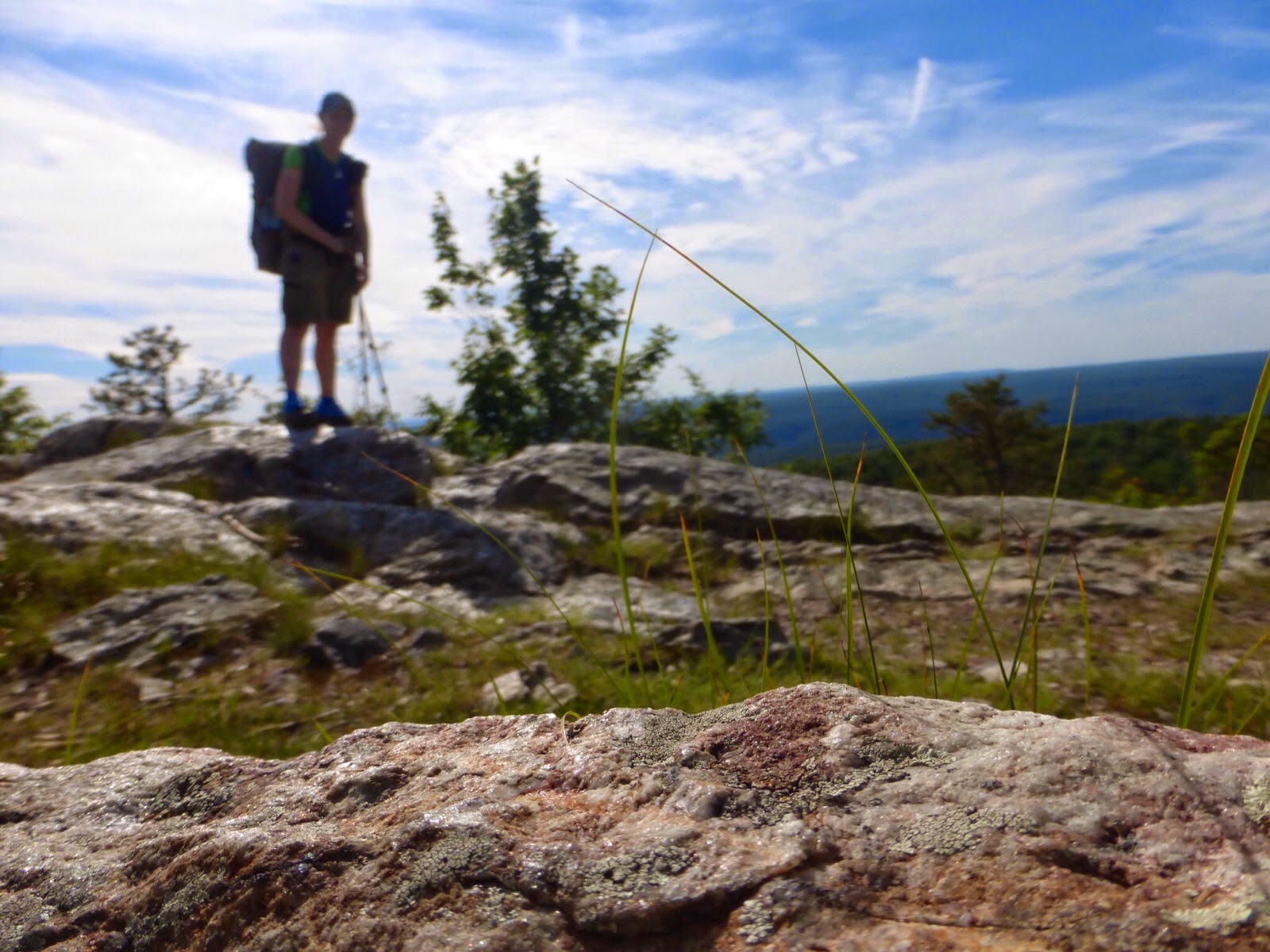 The combination of the views, a slight breeze, and nice temperatures made for a very enjoyable day. I was even taken by the wispy clouds. Things are definitely on the upswing. 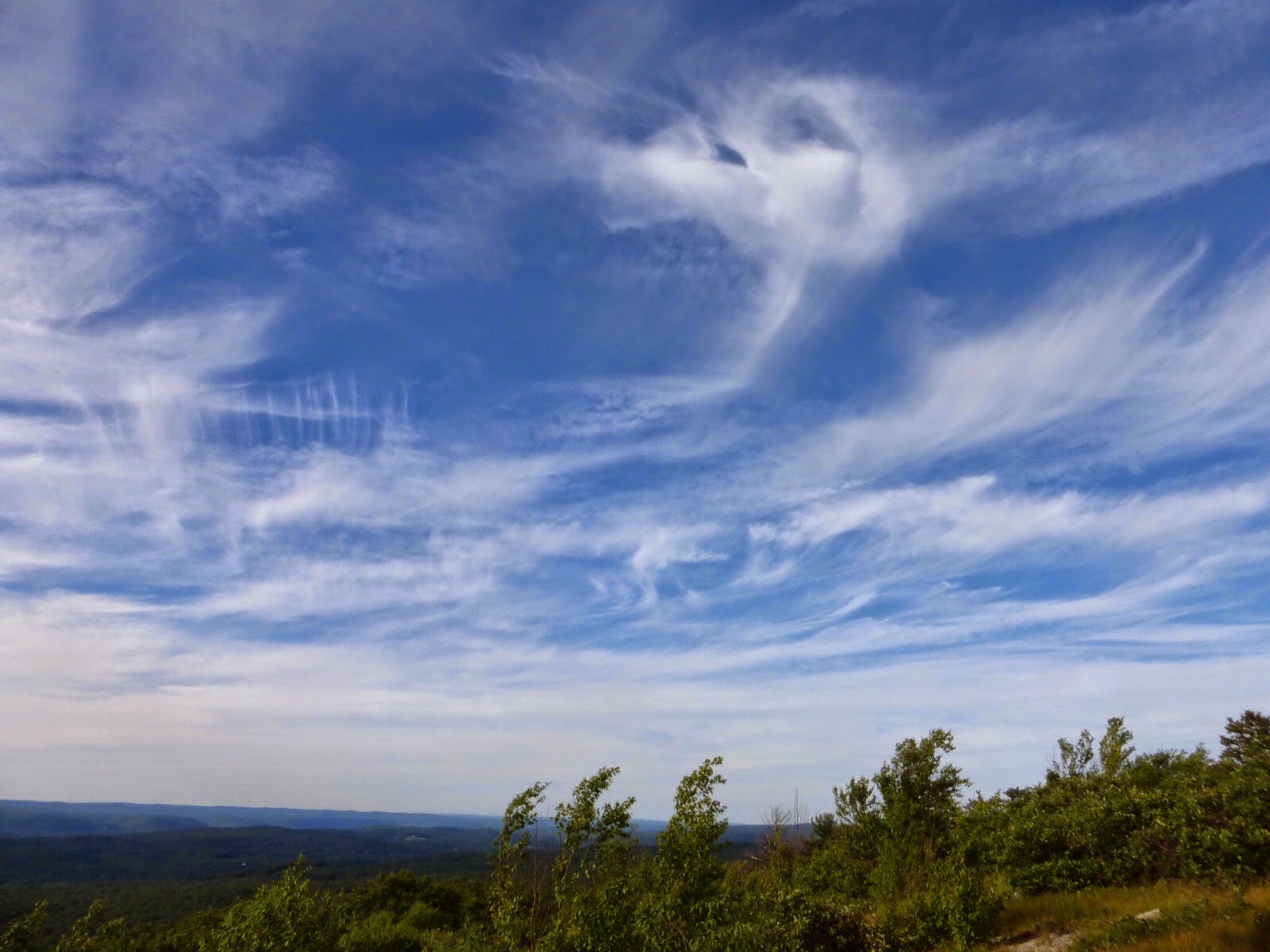 I saw just a few thrus today, but I know there are tons around me and there is a steady stream of thrus moving right along. I met a hiker named Lost and Found and overlapped with him for a couple hours and that was nice. I had a crossing with both a young white tailed deer and surprisingly a turtle right in the middle of the trail! 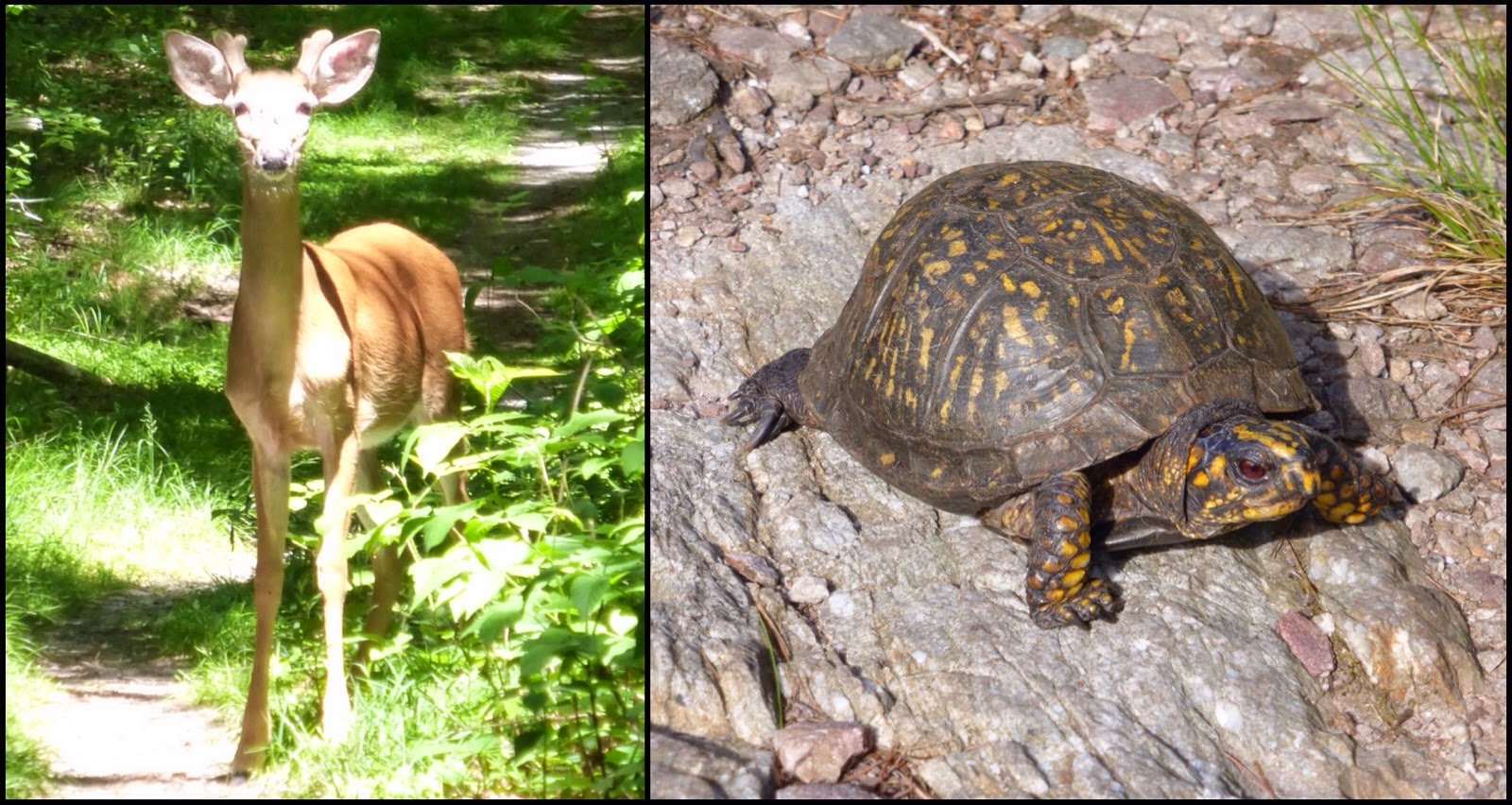 The rest of the day I rotated listening to the trail, music, the audiobook of Where’d You Go Bernadette, and catching up on phone calls with friends. I used my phone freely today with ample service and battery and got to camp with enough service to watch a show. I was excited because it’s a fun to end a day by watching some of a show before bed. I set up the tent and made dinner and then grabbed my charger to recharge the iPhone. I looked in my electronics bag and my stomach dropped. I had forgotten to take my iPhone plug out of the wall at the hotel! Argh! I was on a roll of keeping track of things too, dang! I looked at my options in the guide and the lucky thing about the AT is that you’re never far from town. I was two miles from a road that led to a Walmart. Had I realized this earlier in the day, I would have just hiked straight there tonight and hitched in. I’m going to get up early and hopefully it won’t take long for me to hitch in and out to get a new cord. That seriously could have been a huge pain and I’m really lucky that there are towns so close on this trail. So, that’s all for today. I’ve kept it fairly short to conserve battery. 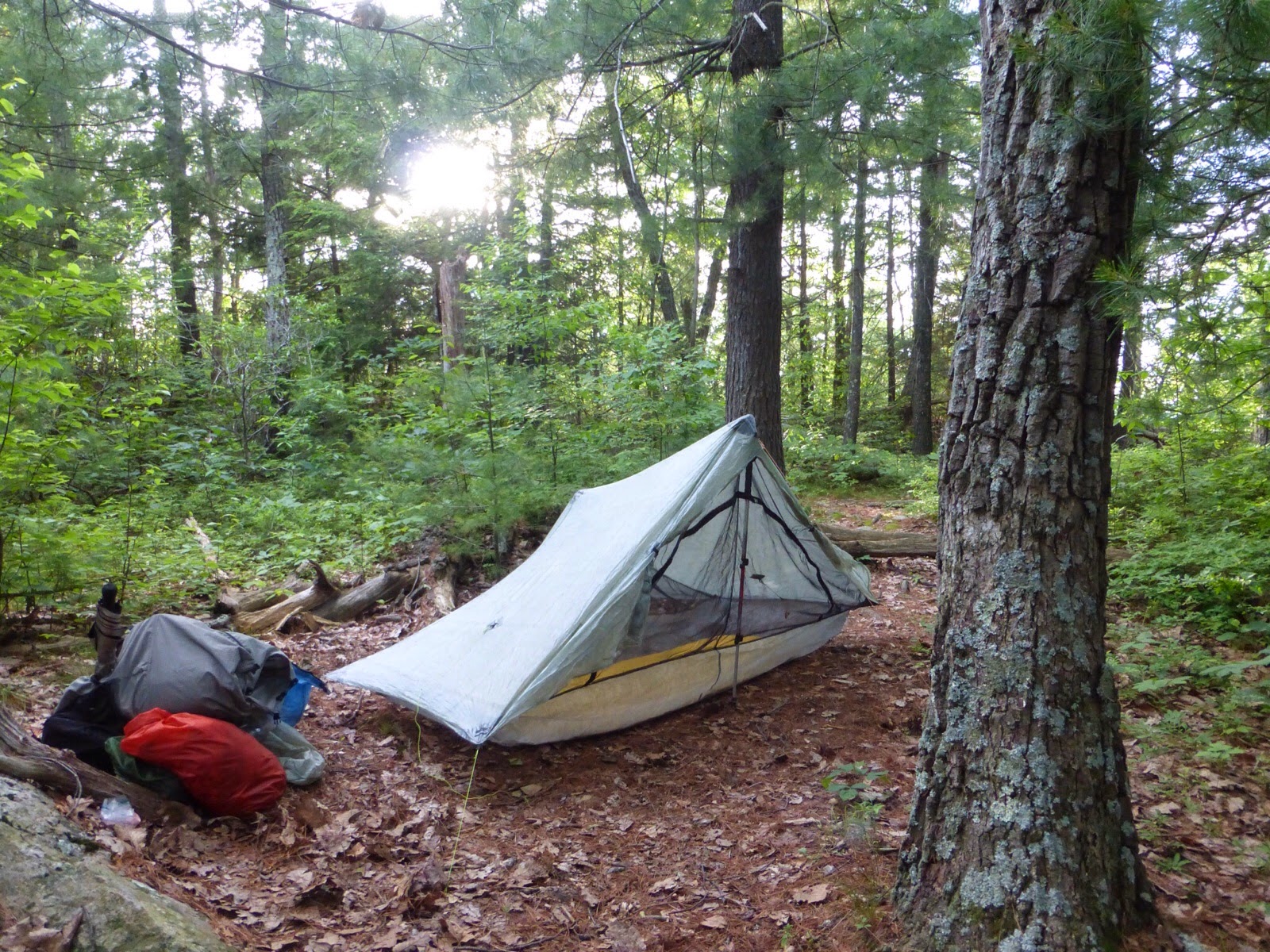